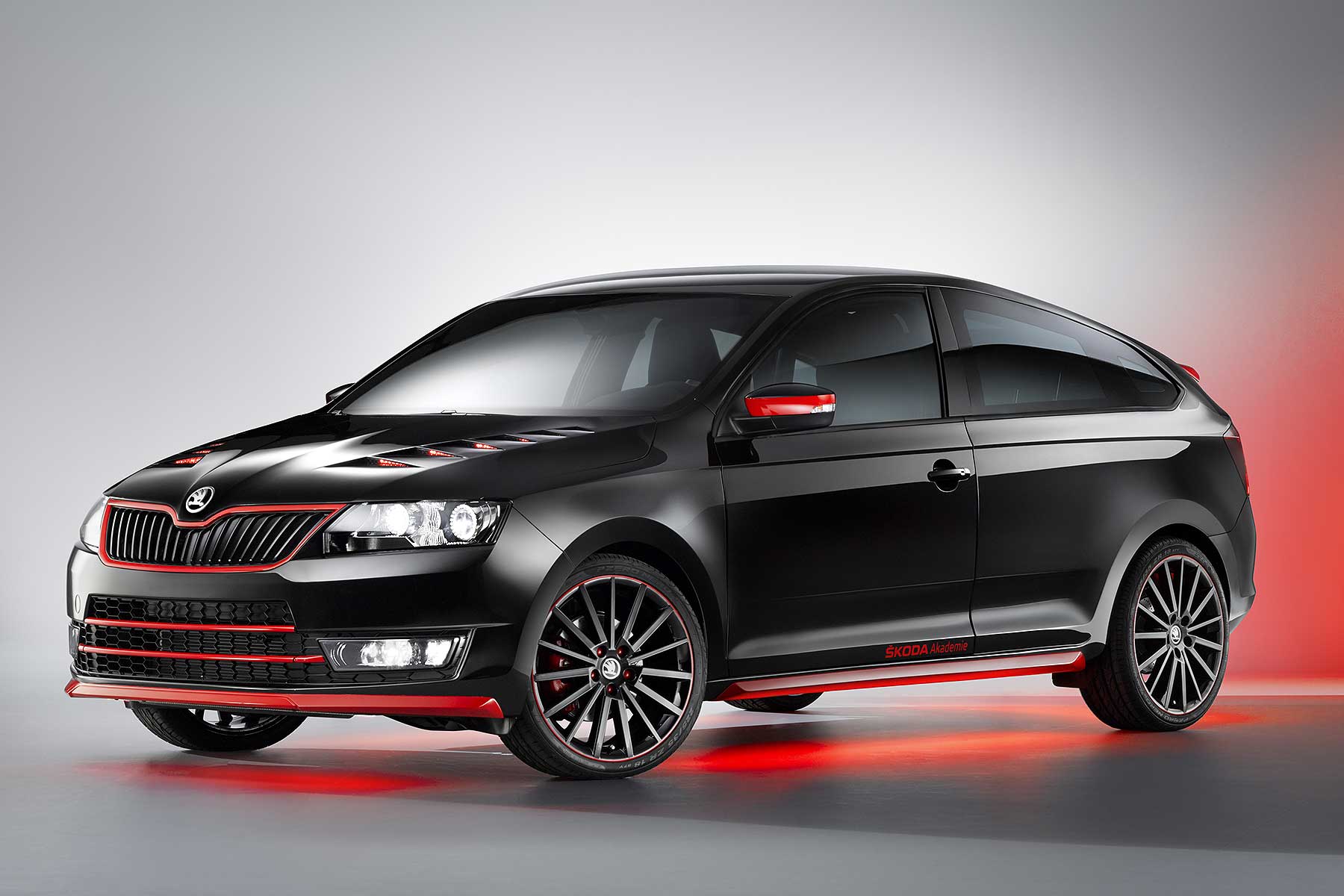 Just 4 in 100 new UK Skoda buyers in 2016 have chosen the Rapid Spaceback – but this unpopularity in Europe’s second-largest car market hasn’t stopped 26 Skoda Academy student engineers using it as the basis for a new project car.

The Skoda Atero is the result: a unique two-door coupe that turns the Rapid Spaceback from worthy but dull into desirable and standout. 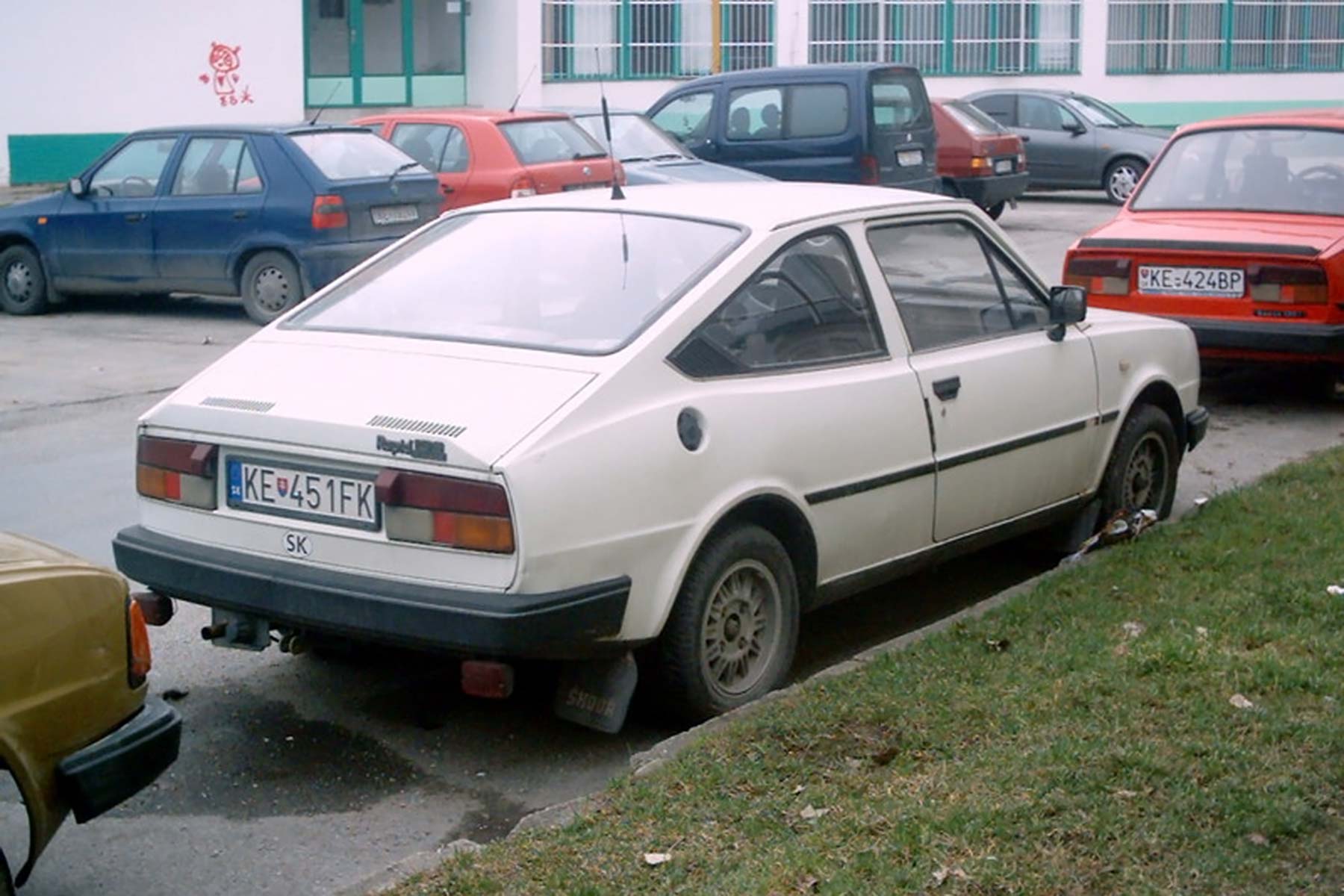 The Atero, we’re told, took around 1,700 hours to build and is the most extensive conversion yet of Skoda’s three-to-date ‘student cars’, an initiative which began in 2014 with the CitiJet.

The Skoda students have moved the B-pillars rearwards, given the C-pillar a steeper rake, angled the window edge behind the doors upwards and sloped the roof from the B-pillar rearwards. 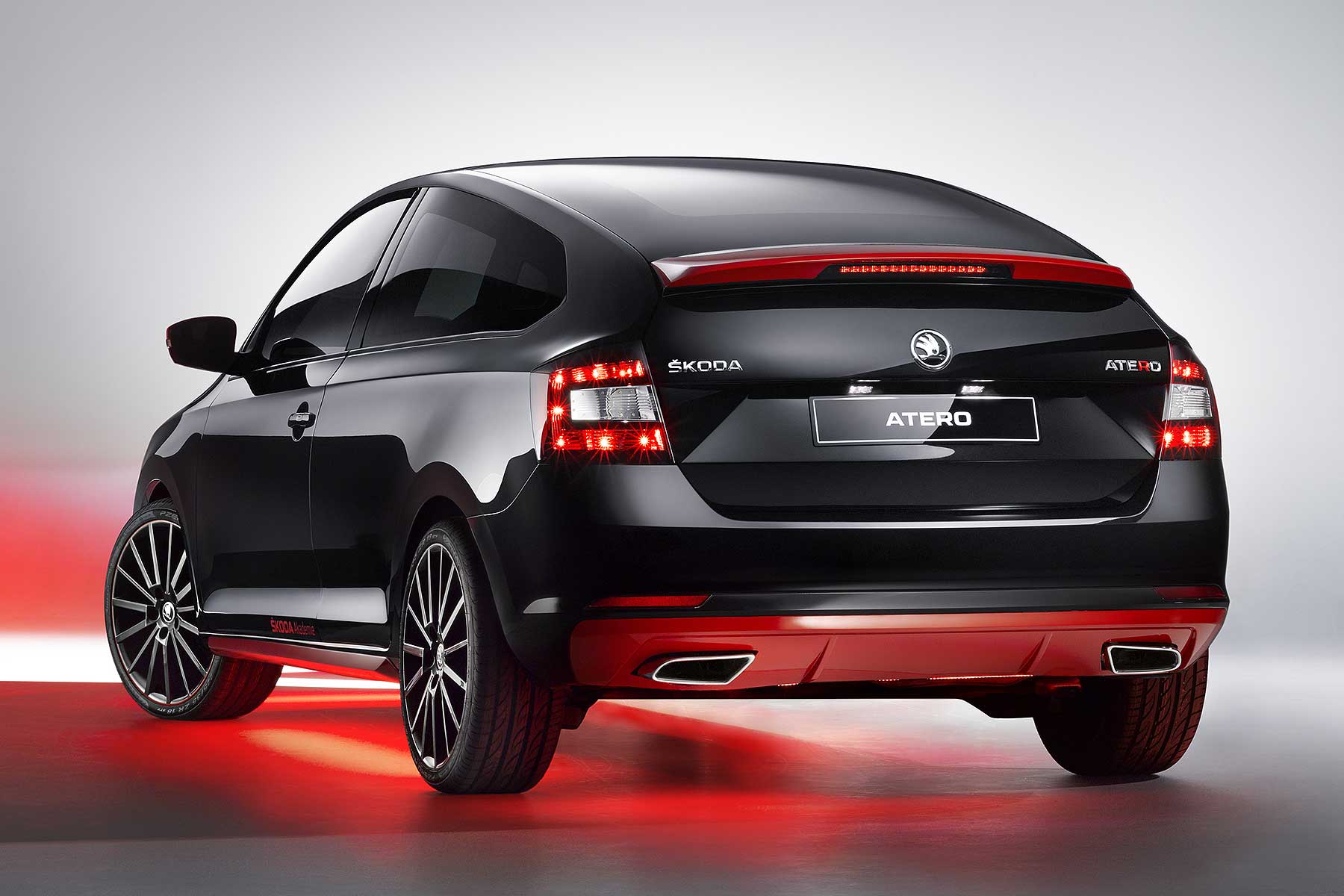 Like the Rapid Coupe, it’s still hardly a natural beauty – the height of the B-pillar sees to that – but it’s much more distinctive than the car it’s based upon, not least because the engineers have filled in the rear doors (the front doors are extended) and eschewed a hatchback in favour of a smaller coupe rear end opening.

The Atero also has vents in the bonnet (illuminated, of course), Skoda Octavia RS tail pipes and a long spoiler finishing off the rear end. 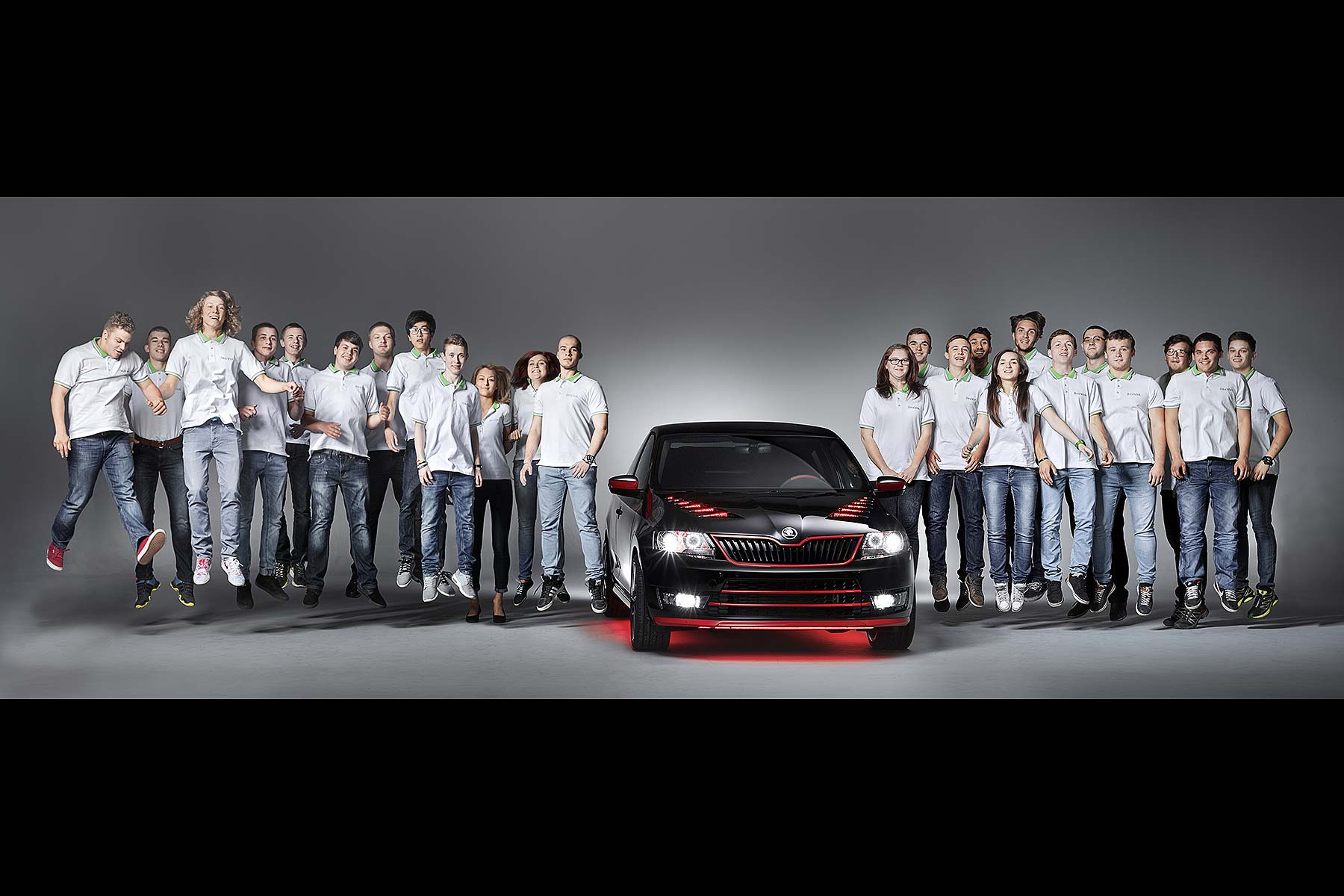 It’s fully functional as well: it boasts a 125ps 1.4-litre TSI engine, seven-speed DSG and “considerable changes to the chassis”.

“This was a unique occasion for everyone to meet new people, to form new friendships across all professions, and to test and put theoretical knowledge into practice,” said student spokesman Dan Voce.

“We are all very proud of the result.”