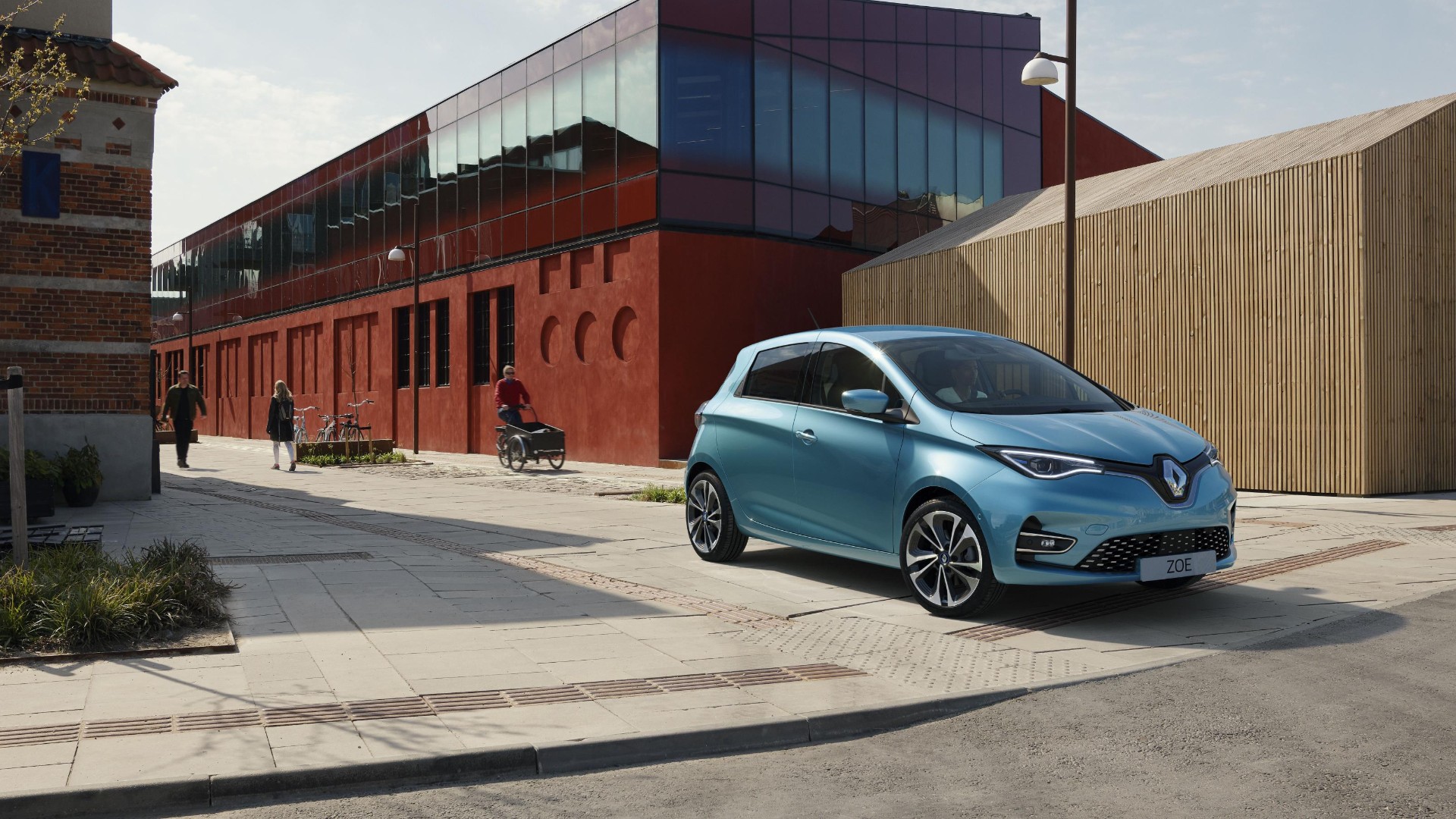 It’s National Clean Air Day, an initiative by Global Action Plan to raise awareness of air pollution in schools, workplaces and the community at large. Commuters are being encouraged to ditch their cars, as well as less efficient forms of public transport. So, which cars can you drive with a clean conscience? 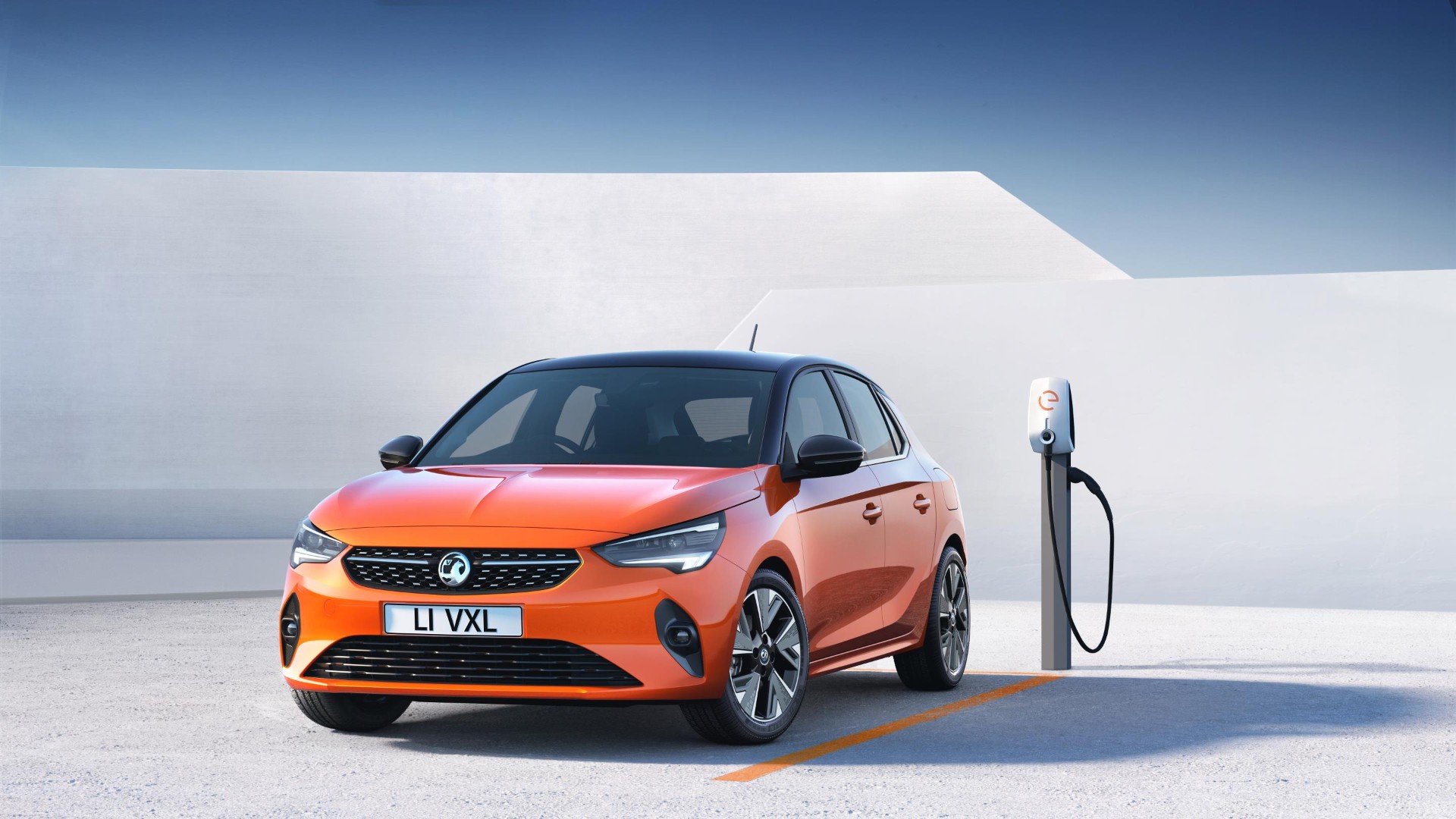 We open with the freshest EV on the scene. It’s a Vauxhall Corsa with an all-electric powertrain that’s good for 200 miles on a full charge. The Corsa-e is not quite ready yet, so you may need to wait until Clean Air Day 2020 to properly show off your zero-emissions supermini. 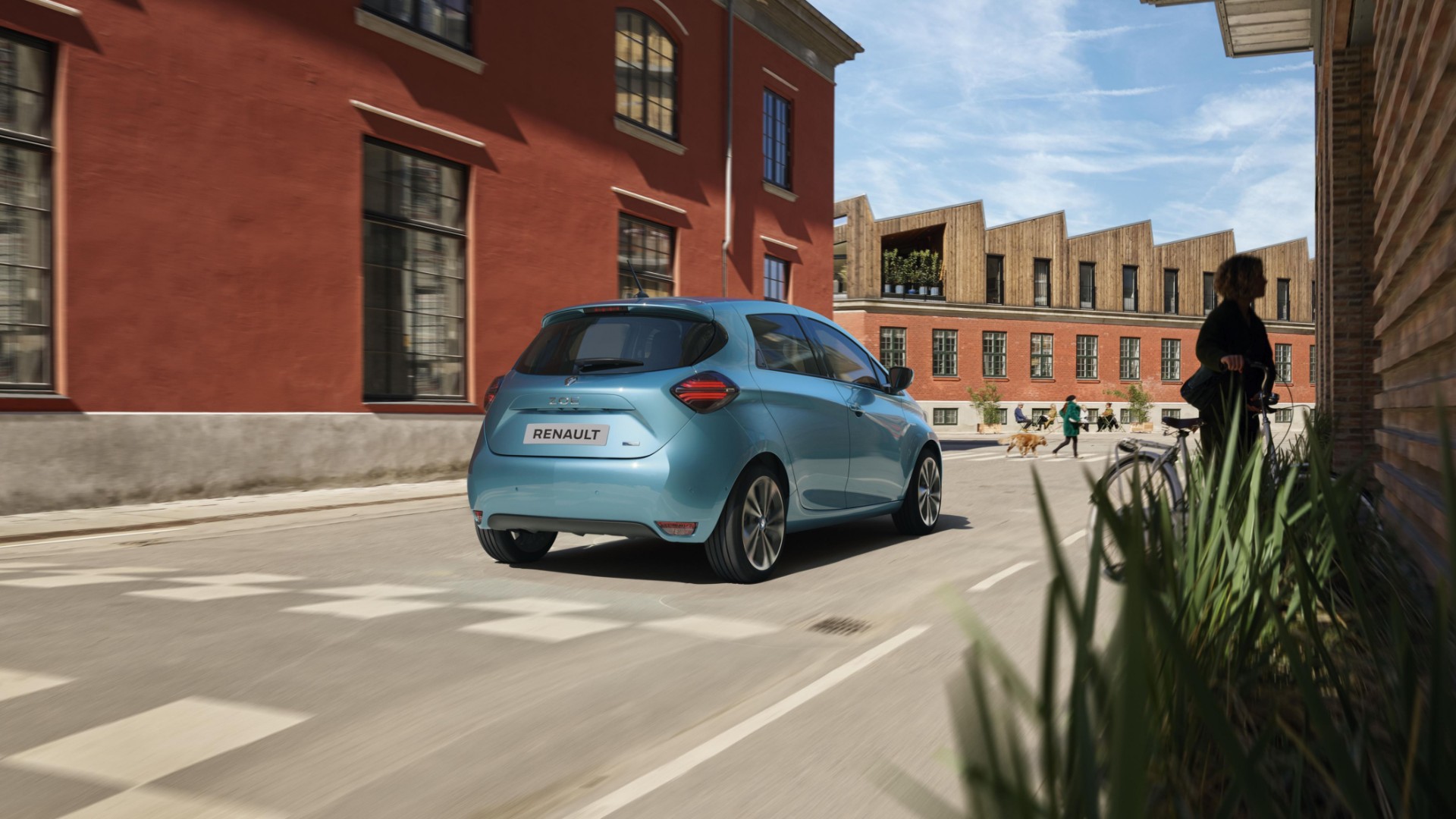 Now for something you can buy right now. The Renault Zoe has been offering affordable zero-emissions motoring for seven years. It’s just been updated, with a 100kw battery pack and 242 miles of WLTP-certified range. Take that, Corsa! It’s been overhauled on the inside, too, with higher quality materials and improved tech. 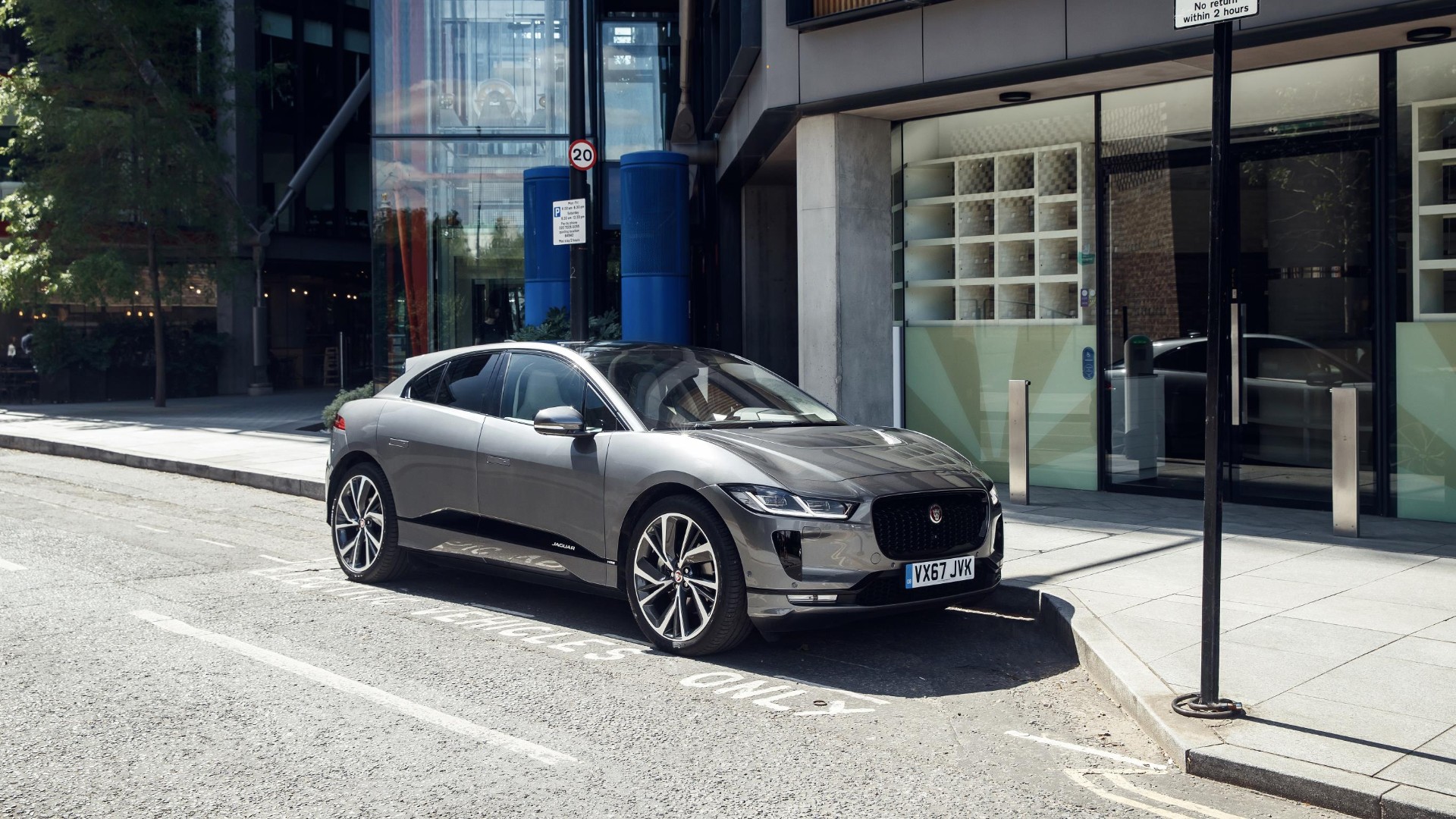 The electric Jaguar I-Pace was named World Car of the Year 2019, adding to an awards haul that includes UK Car of the Year, European Car of the Year and more. The green Jag is a genuine world-beater. We can’t think of a better way to ferry around a bunch of trophies. 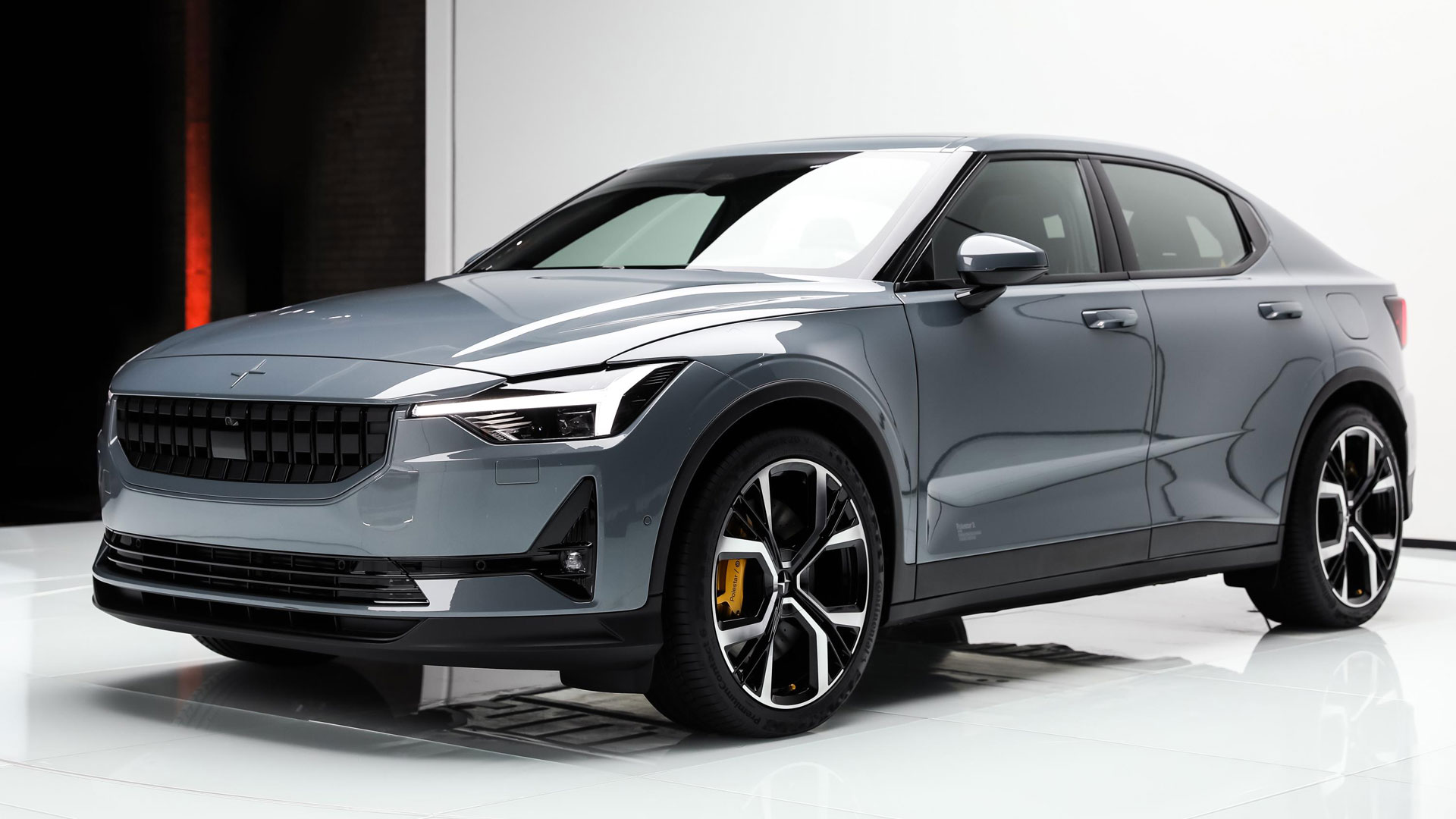 The Polestar 2 is an all-electric five-door fastback with a targeted range of over 300 miles, which puts it at the forefront of next-generation EVs arriving over the next couple of years. Keeping the air clean beyond its electric powertrain is its leather-free cabin. It takes three cow hides and 130 chemicals to create the leather interior of an average car. How much CO2 is the production of cars with leather seats indirectly facilitating? We shudder to think… “The leather industry is as toxic to the Earth as it is cruel to cows,” PETA director of corporate projects, Yvonne Taylor, told Plant Based News. 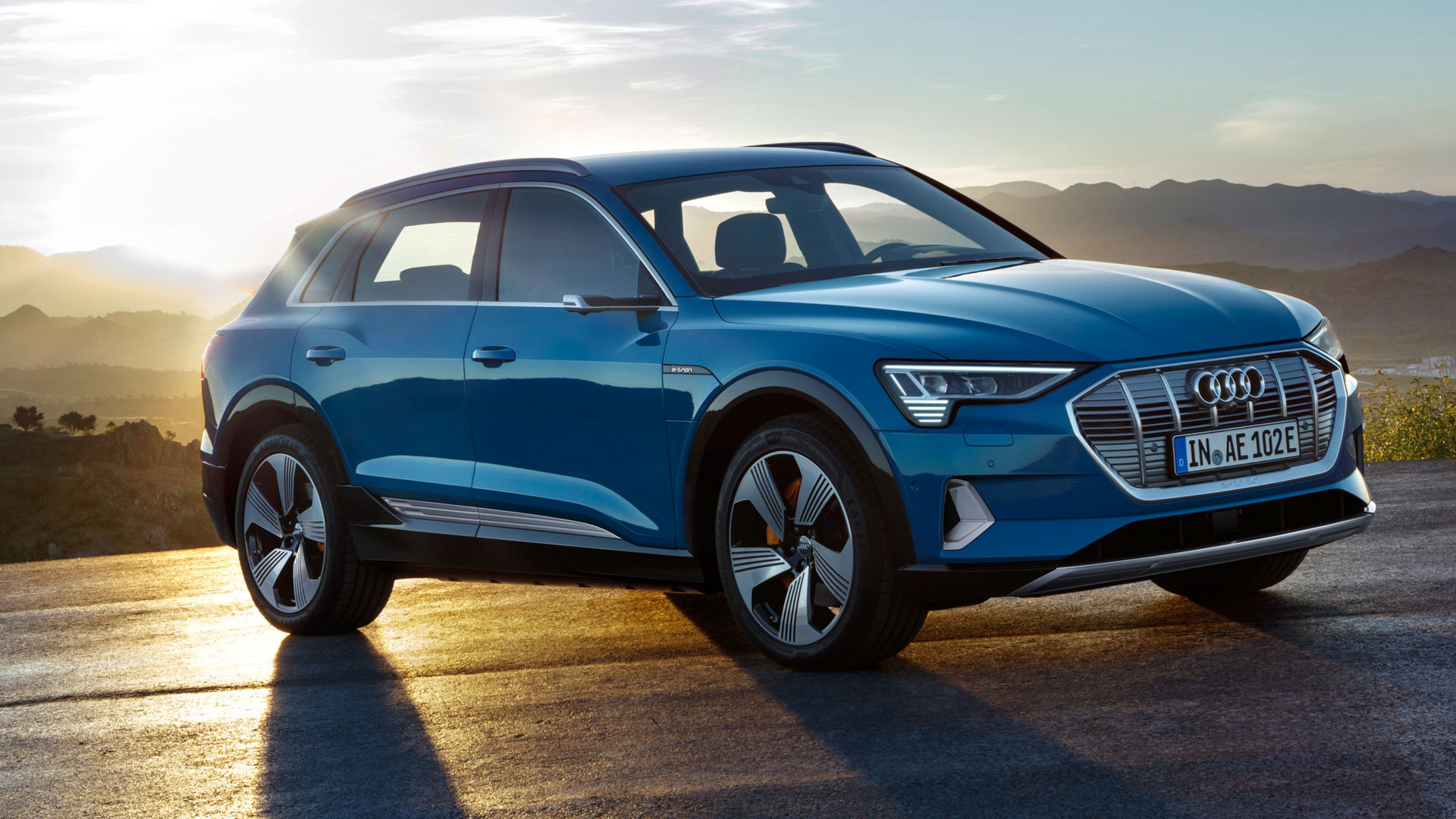 The Audi E-tron five-door SUV offers a WLTP-certified range of 417km (259 miles). The fact that leather seats come as standard is sure to upset PETA, but the knowledge that it’s being built at a carbon-neutral factory in Brussels will please on Clean Air Day. The Belgian plant boasts the largest photovoltaic system in Brussels and generates more than 3,000-megawatt hours of electricity per year. 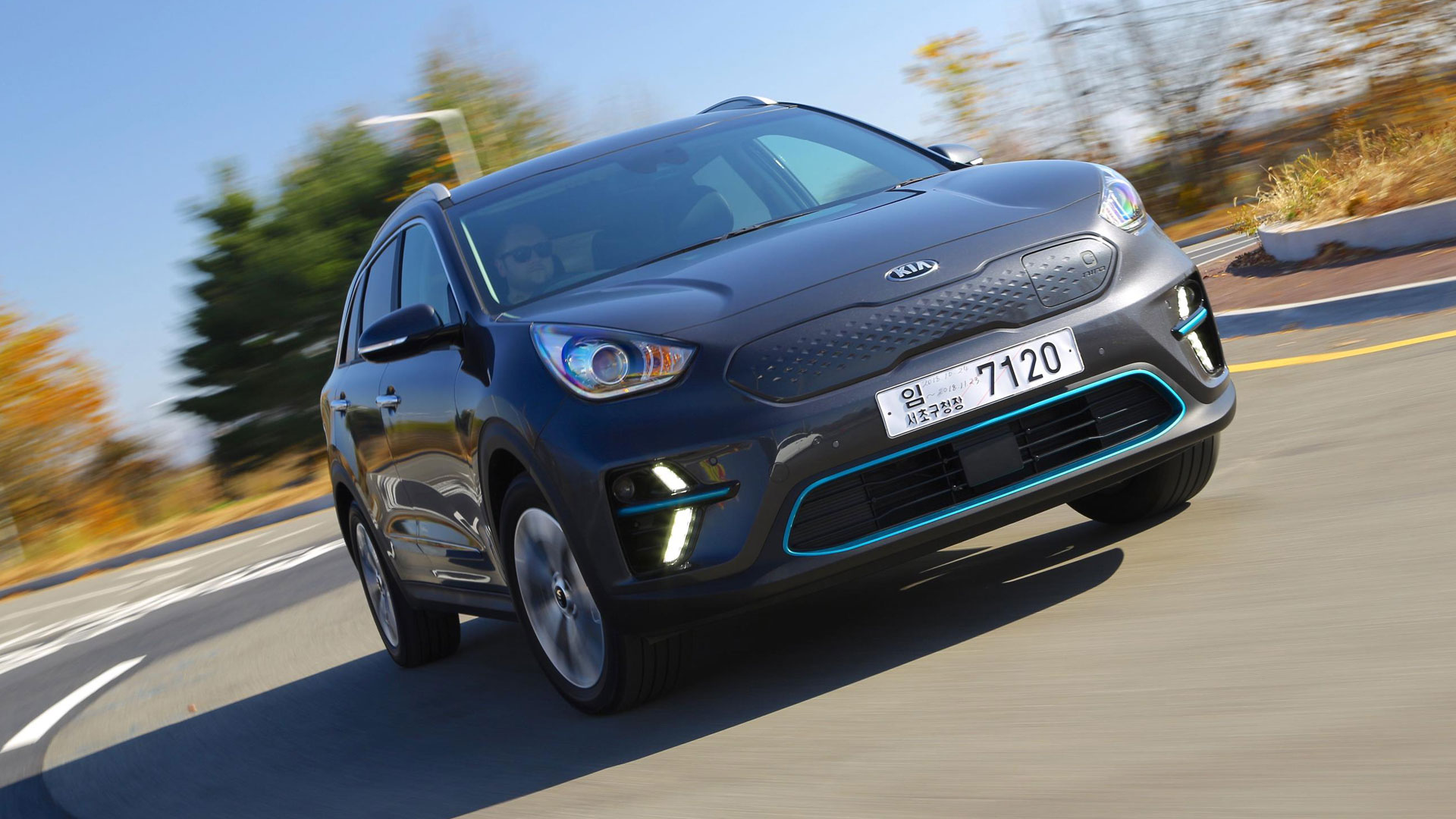 Why have we selected the Kia e-Niro over a host of other all-electric cars? Well, up to 282 miles of electric range is a good start. As is the seven-year warranty. But we also believe that a new EV shouldn’t wind your wallet. Saying that, it’s been such a success, the current waiting list stretches well into 2020… 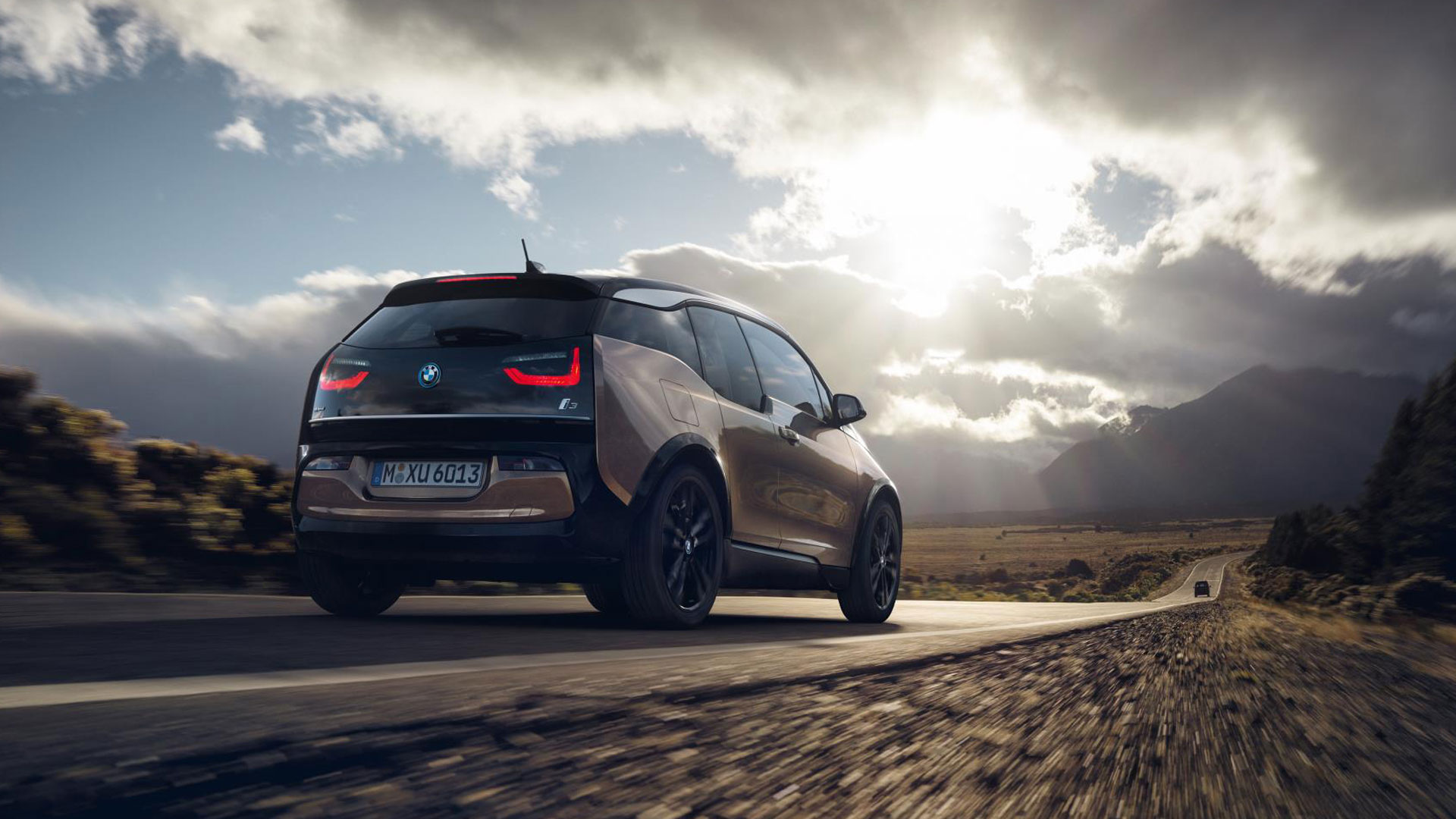 PETA has created a list of cars with leather-free interiors, either as standard or as an option, and it’s worth a read if you don’t want to perch your bum on a dead animal. Be warned, though, because while some cars might not feature leather seats, the gear knob and steering wheel could be finished in cowhide. Thanks to the availability of ‘Deka’ cloth seats, the BMW i3 makes PETA’s ‘good’ list, but the leather-free M Performance steering wheel contains wool. However, BMW scores points for its use of recycled materials in making the interior. 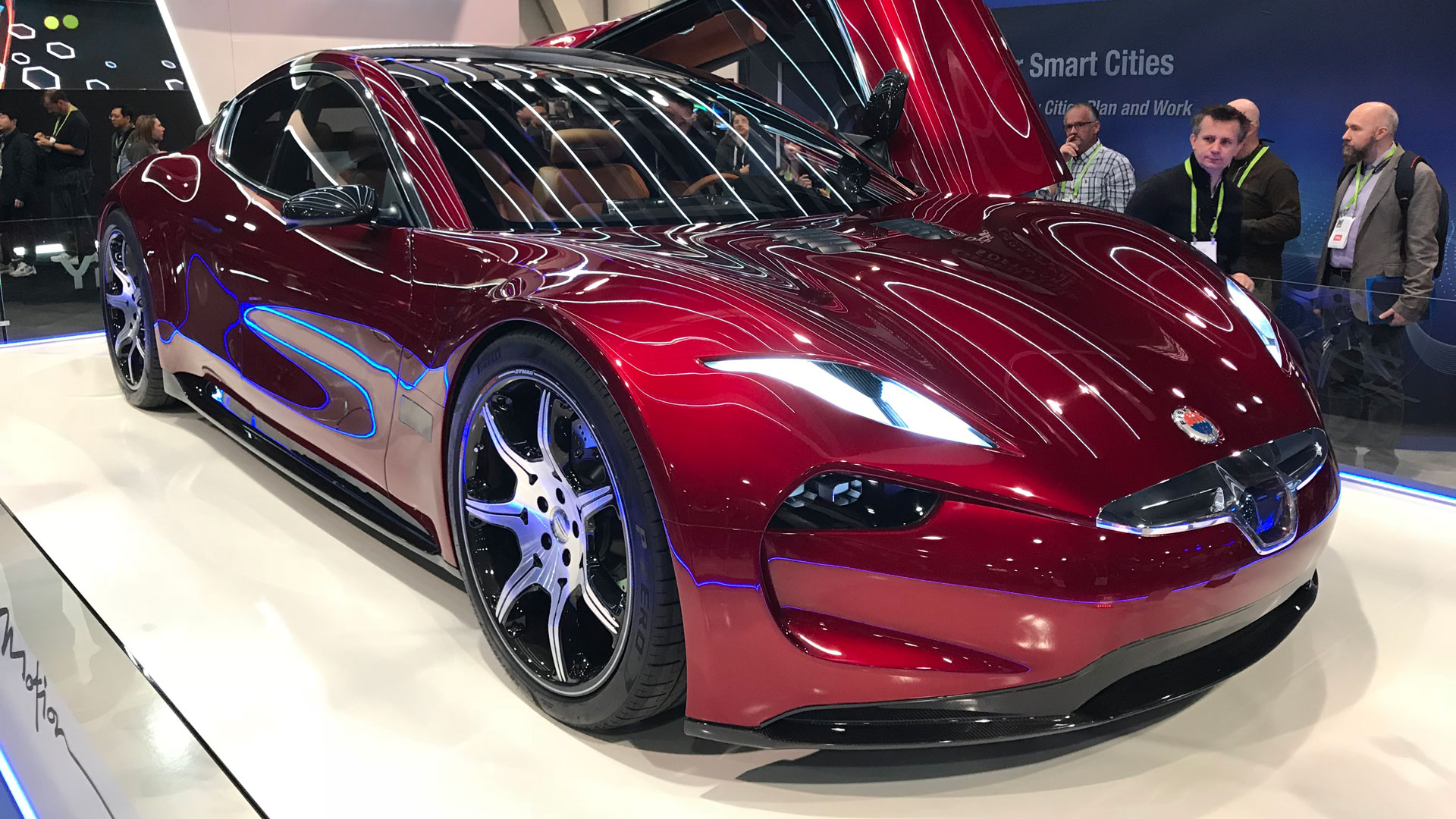 Fisker unveiled the eMotion at CES 2018, with the Tesla rival promising a range of more than 400 miles, a 160mph top speed and a vegan-friendly interior option. Indeed, the company claims that the Fisker Karma was the first electric vehicle to offer such an option. “When I started Fisker in 2007, my goal was to create the first truly environmental friendly exciting car company. We did many ‘first innovations’, such as the first full length curved solar roof, the first vegan interior option, the first reclaimed interior wood and many more,” said CEO and chairman Henrik Fisker. 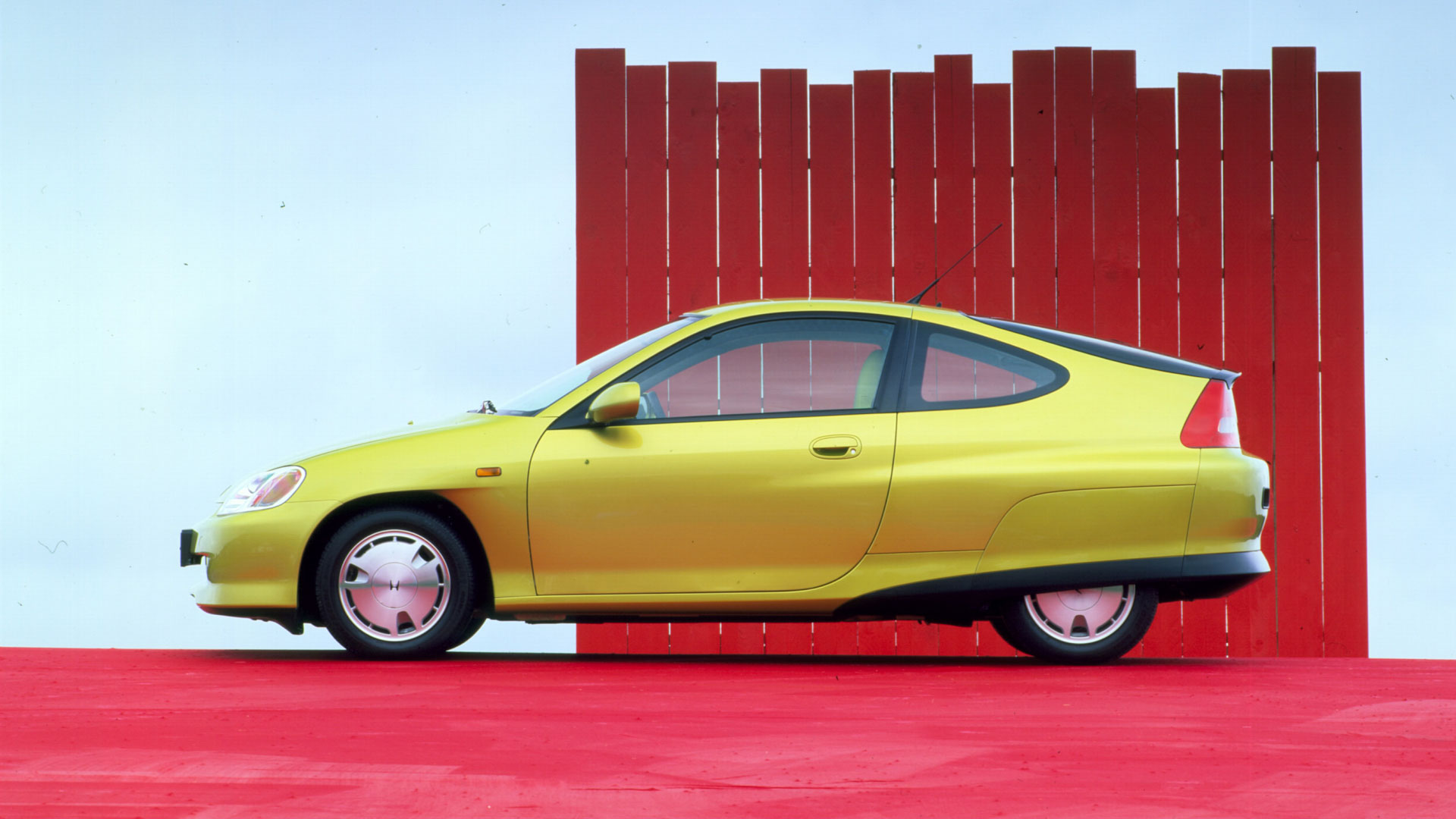 The Honda Insight was the first petrol-electric hybrid to be sold in the UK, beating the Toyota Prius to market by a few weeks. Power was sourced from a three-cylinder 1.0-litre VTEC engine combined with an Integrated Motor Assist (IMA), and as much as 83.1mpg could be achieved on a combined cycle. Its Tomorrow’s World looks were too much for many buyers, though, while the absence of rear seats didn’t exactly help sales. 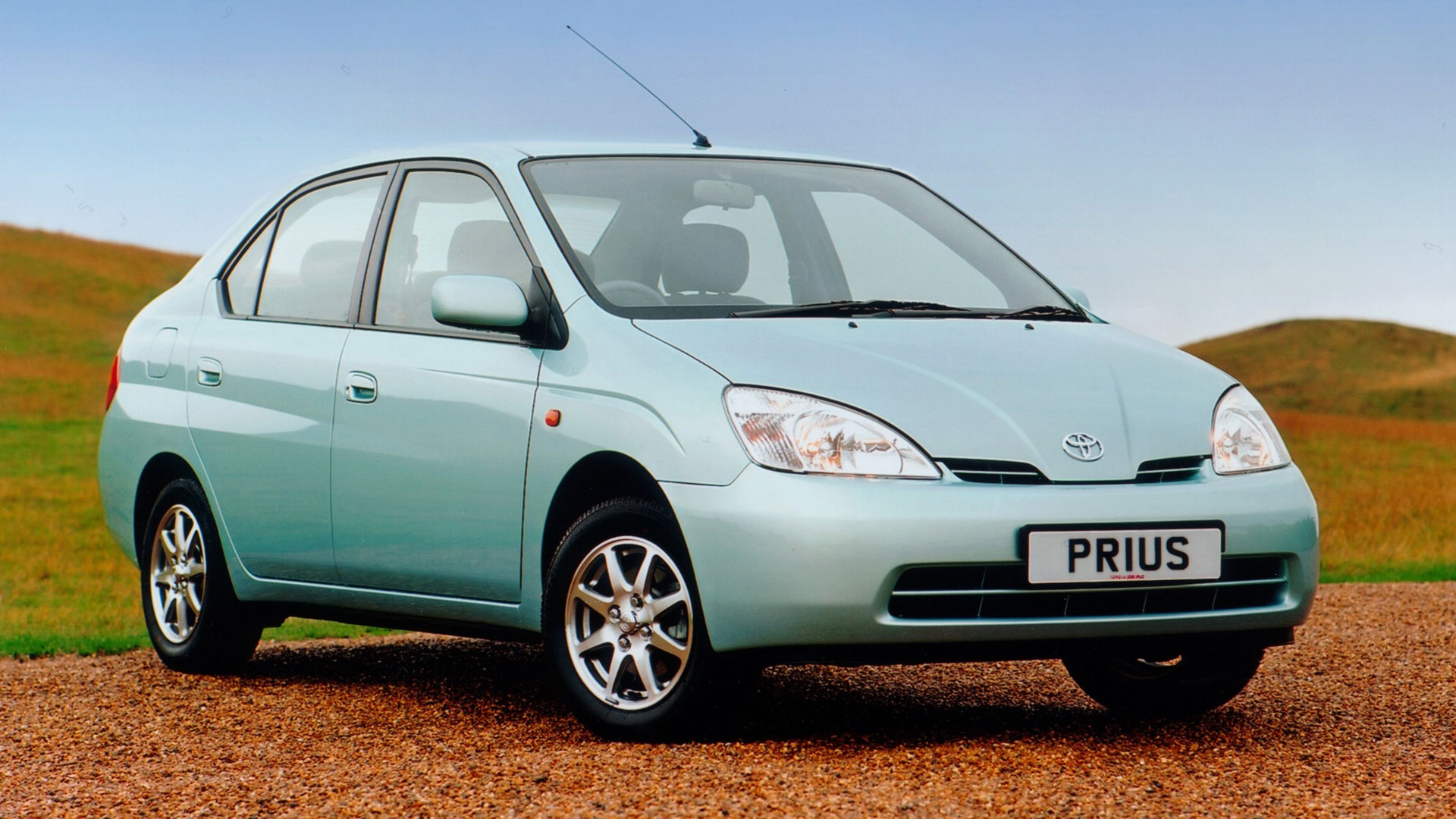 Toyota is credited with popularising the idea of a hybrid vehicle, with Prius becoming a brand generic for the green car. It soon became the darling of greenwashed Hollywood celebrities, while real-world owners appreciated the 57.6mpg and 114g/km CO2 emissions. By the time the Prius arrived in the UK in October 2000, more than 40,000 units had been sold globally. 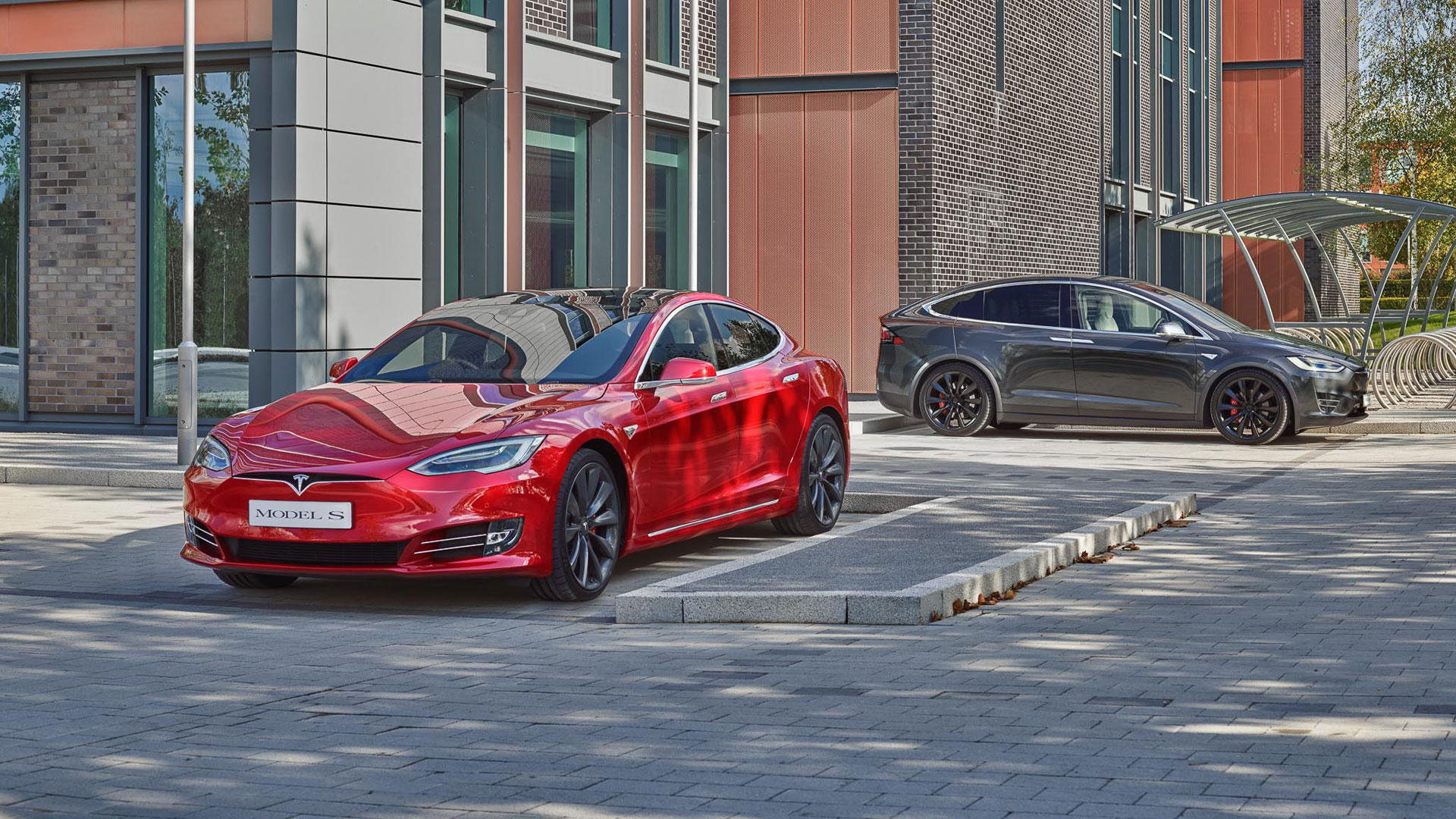 Tesla is the poster car for zero-emissions driving. There is, if you’ll pardon the pun, an air of luxury and coolness about them. They’re the Apple of the automotive world, until Apple makes a car. The Model 3 brings Tesla coolness to the masses, too 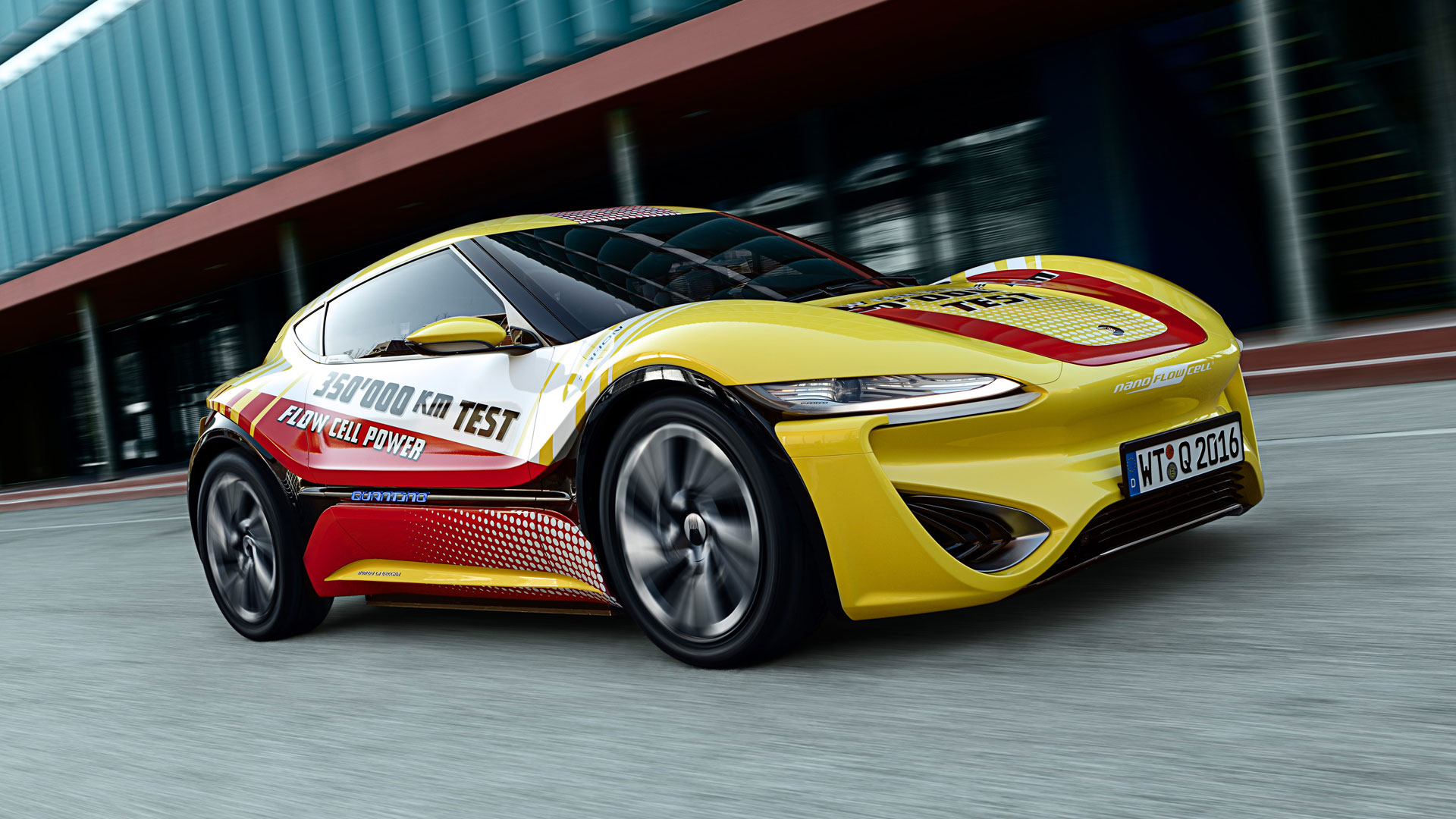 NanoFlowcell has completed 350,000km (217,000 miles) of testing in the Quantino 48Volt flowcell car, saying that the powertrain ran with “absolutely no problems” throughout the duration of the test. Although it’s not designed to be a production vehicle, the Quantino 48Volt demonstrates what could be achieved using flowcell technology, which uses two tanks of external electrolytes pumped over stationary electrodes. The actual range is dependent on the size of the tanks, rather than the size of the device under the bonnet. 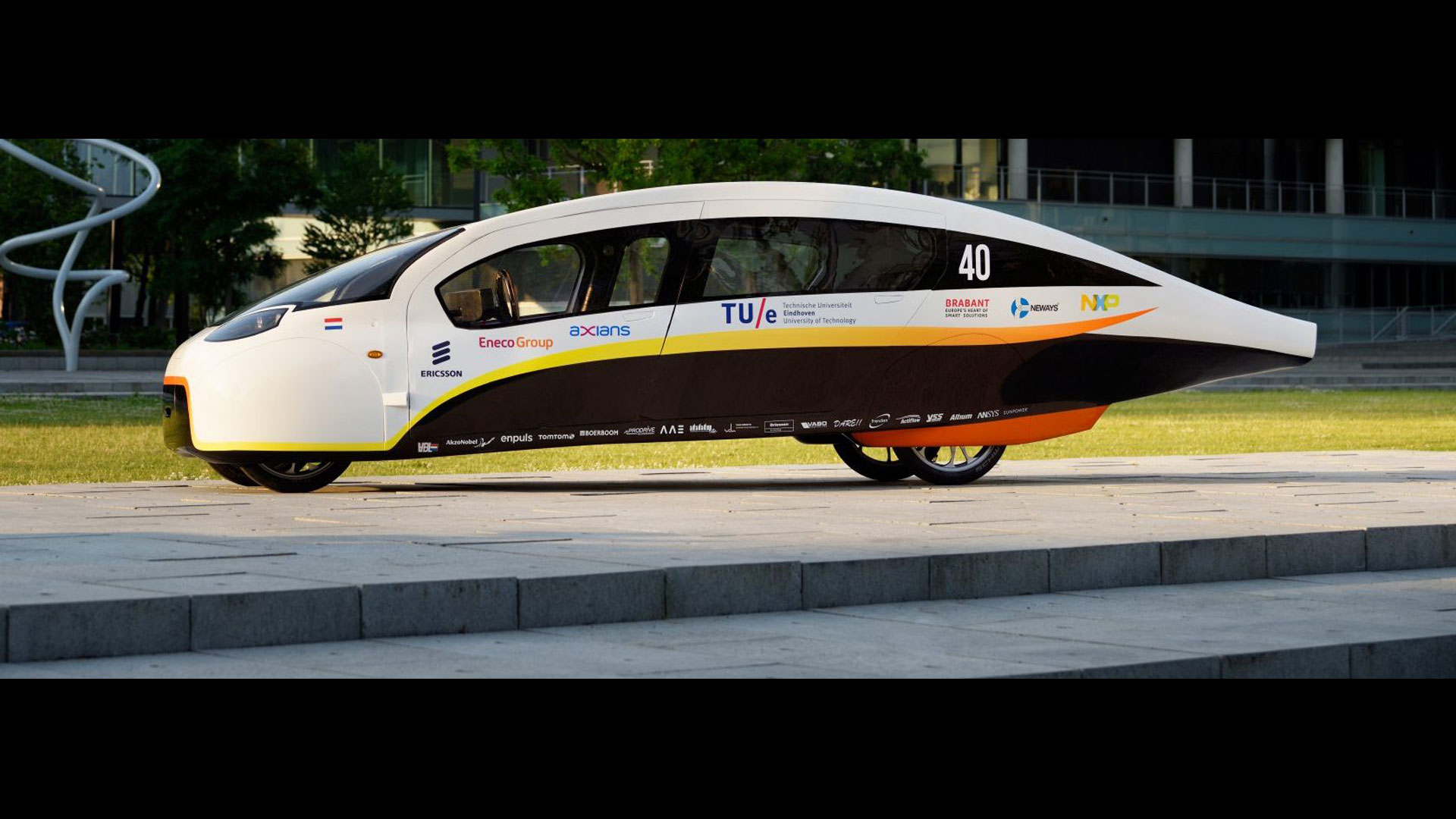 “We believe in a future in which life is powered by the sun,” says the team at Solar Team Eindhoven. Since 2012, students at the Eindhoven University of Technology have been working on a series of solar cars, including Stella: the world’s first solar-powered four-seater. Crucially, they have shown that it is possible to charge the battery while driving, creating “little power plants on wheels”. 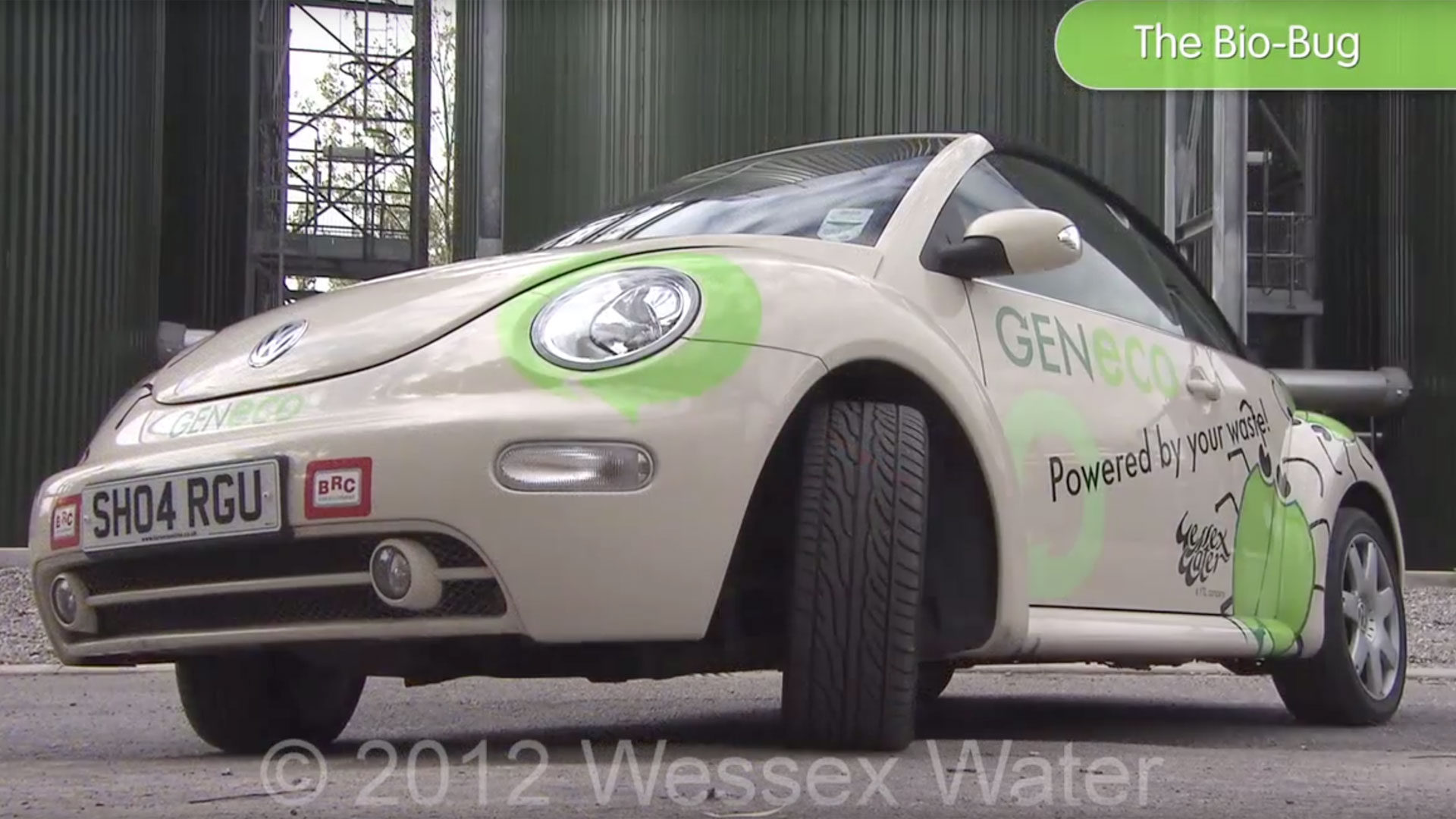 In 2010, Geneco decided to explore the potential of powering a vehicle using poo. The company teamed up with Wessex Water to create the Bio-Bug: “the UK’s first VW Beetle powered by human waste”. After a successful – and no doubt smelly – trial, the team moved on to create the Bio-Bus: the first bus in the UK to be powered by gas derived from food, sewage and commercial liquid waste. The bus travelled 300km on a full tank of gas – an amount of fuel produced by the annual food and sewage waste of just five passengers. 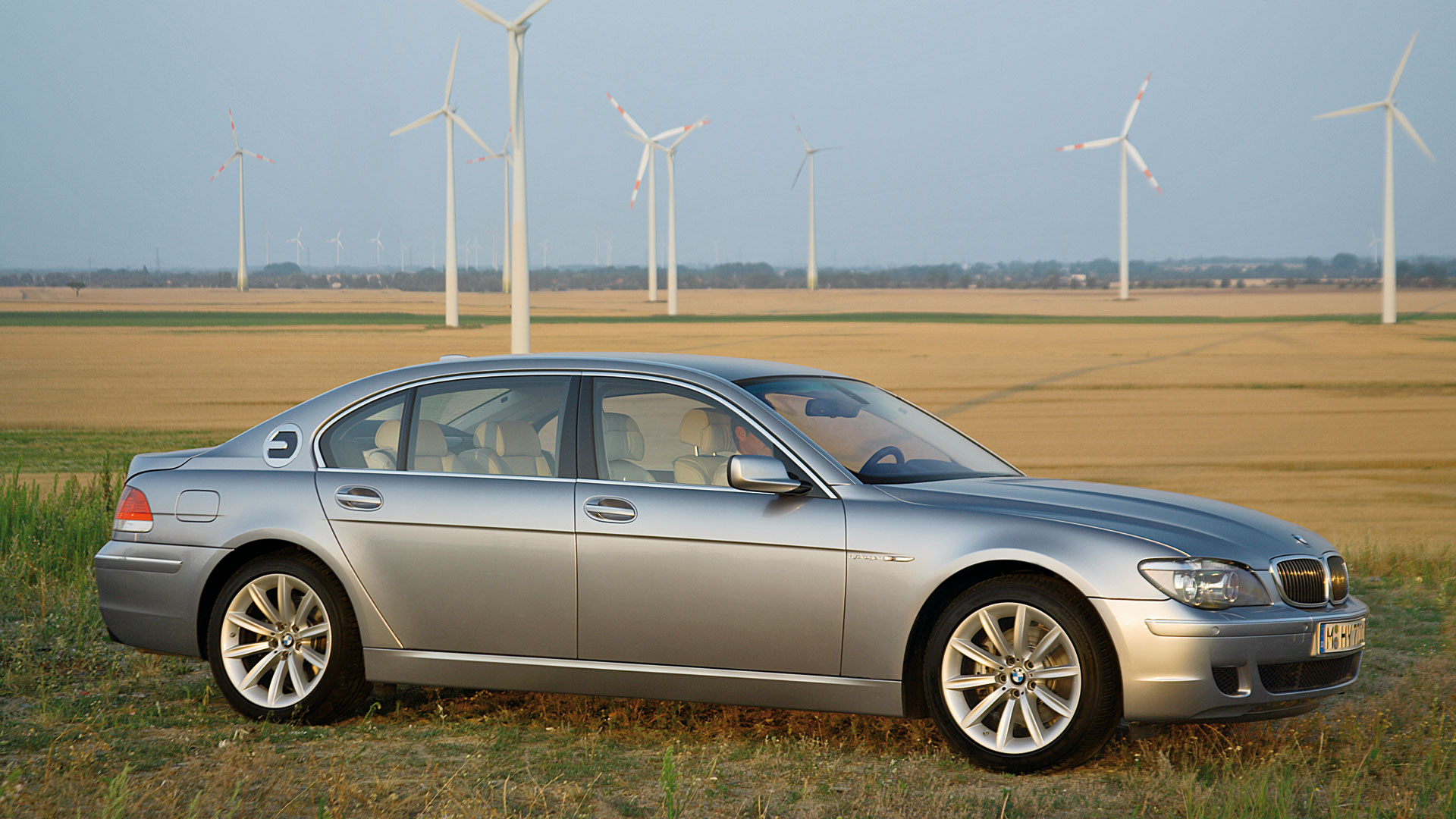 The likes of Toyota, Honda and Hyundai are running with hydrogen technology, but BMW got there first. The Hydrogen 7 was based on the 760Li and just 100 cars were built, each one leased to the great and the good in exchange for publicity. Interestingly, rather than getting its energy from fuel cells, the BMW burned hydrogen to power the 6.0-litre V12 engine. 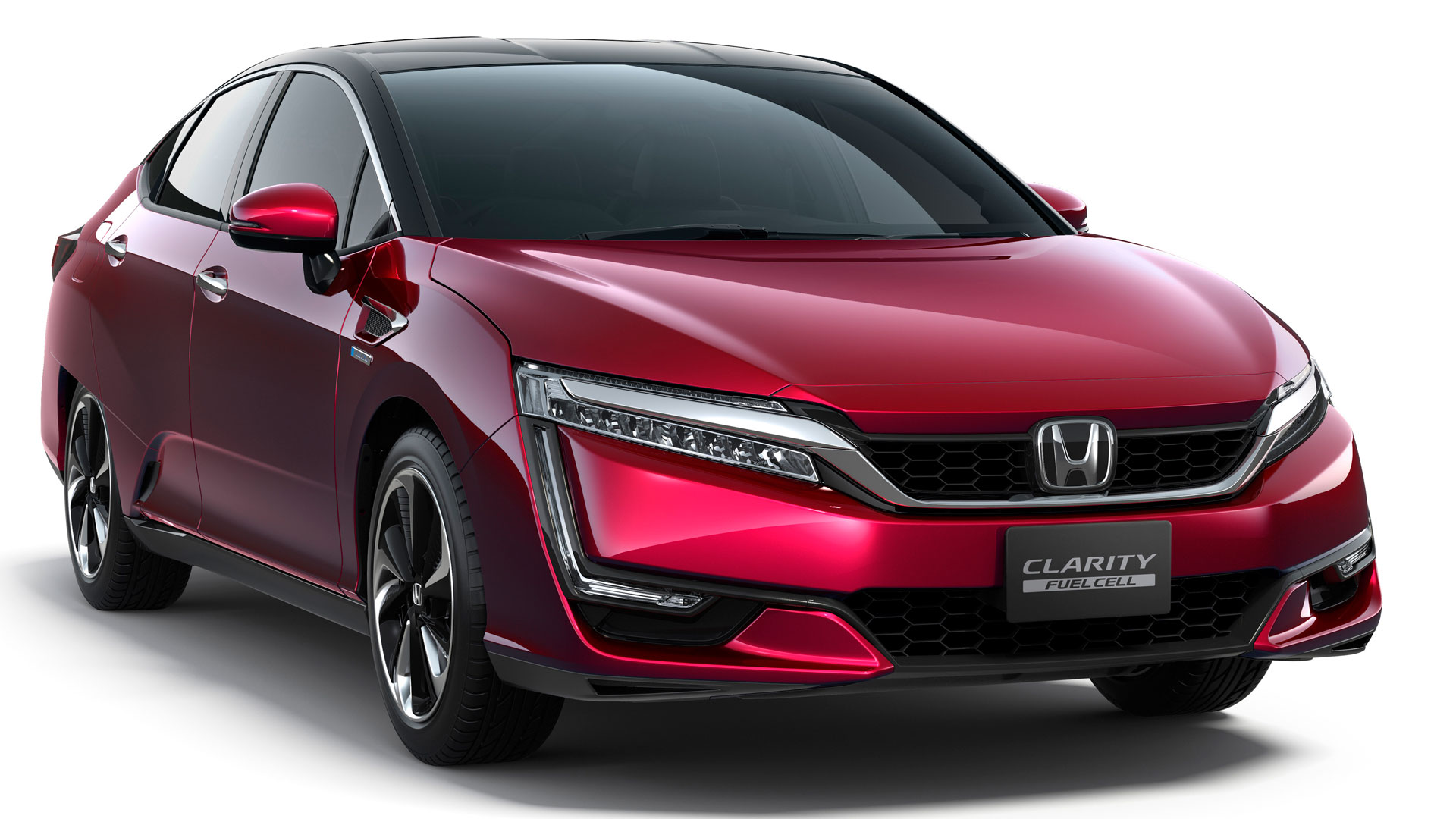 The Honda FCX Clarity was the world’s first production hydrogen fuel cell vehicle, but only 200 were built and they were available for lease in the US. The latest version (pictured) offers 385 miles of range and takes just three minutes to fill up. We just need the hydrogen network to catch up. 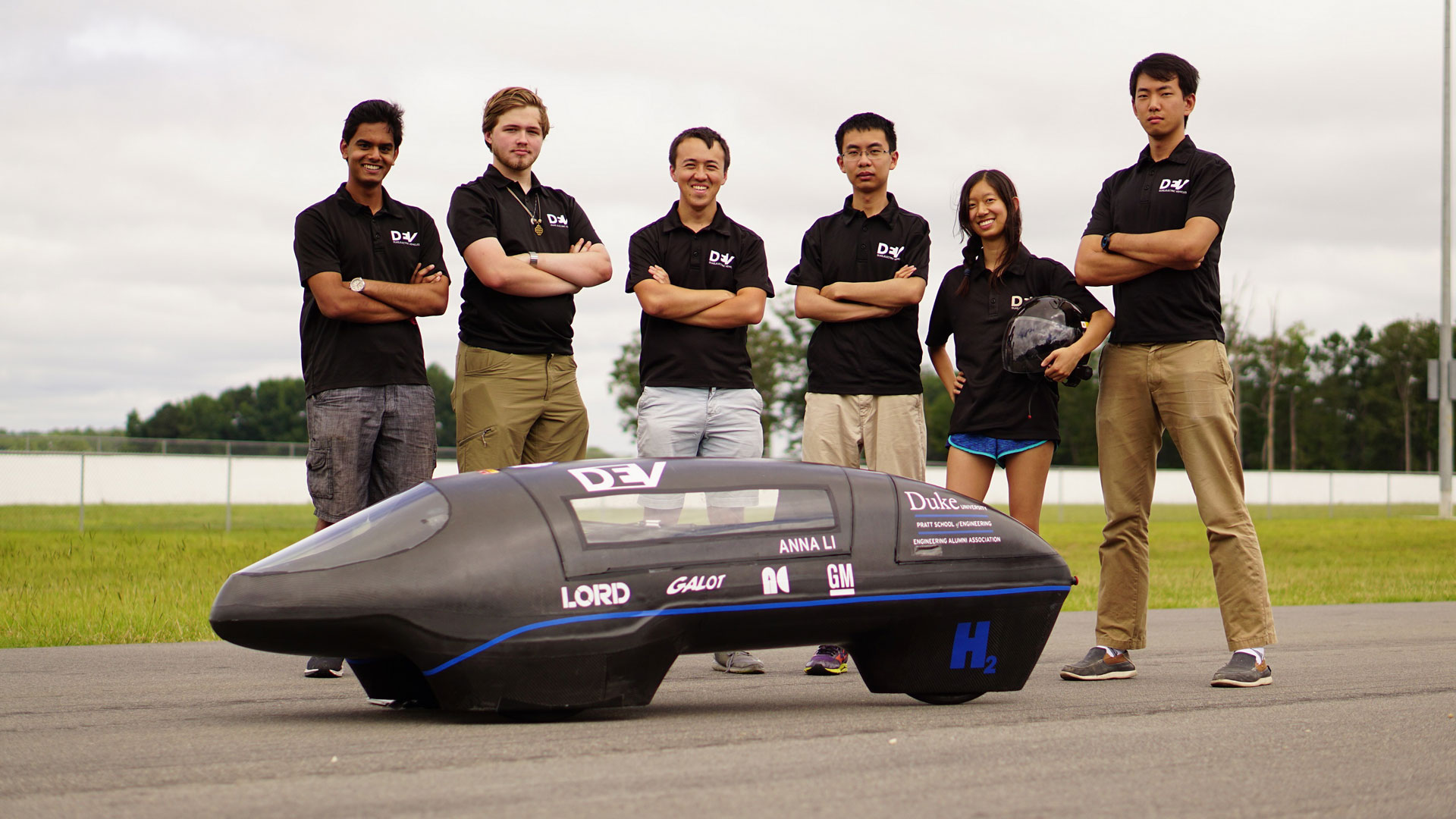 The hydrogen-powered Maxwell was created by a team at Duke University for use in the Shell Eco-marathon. In 2018, it set a Guinness World Record for the most fuel-efficient prototype vehicle when it achieved 14,573mpg in Benson, North Carolina. 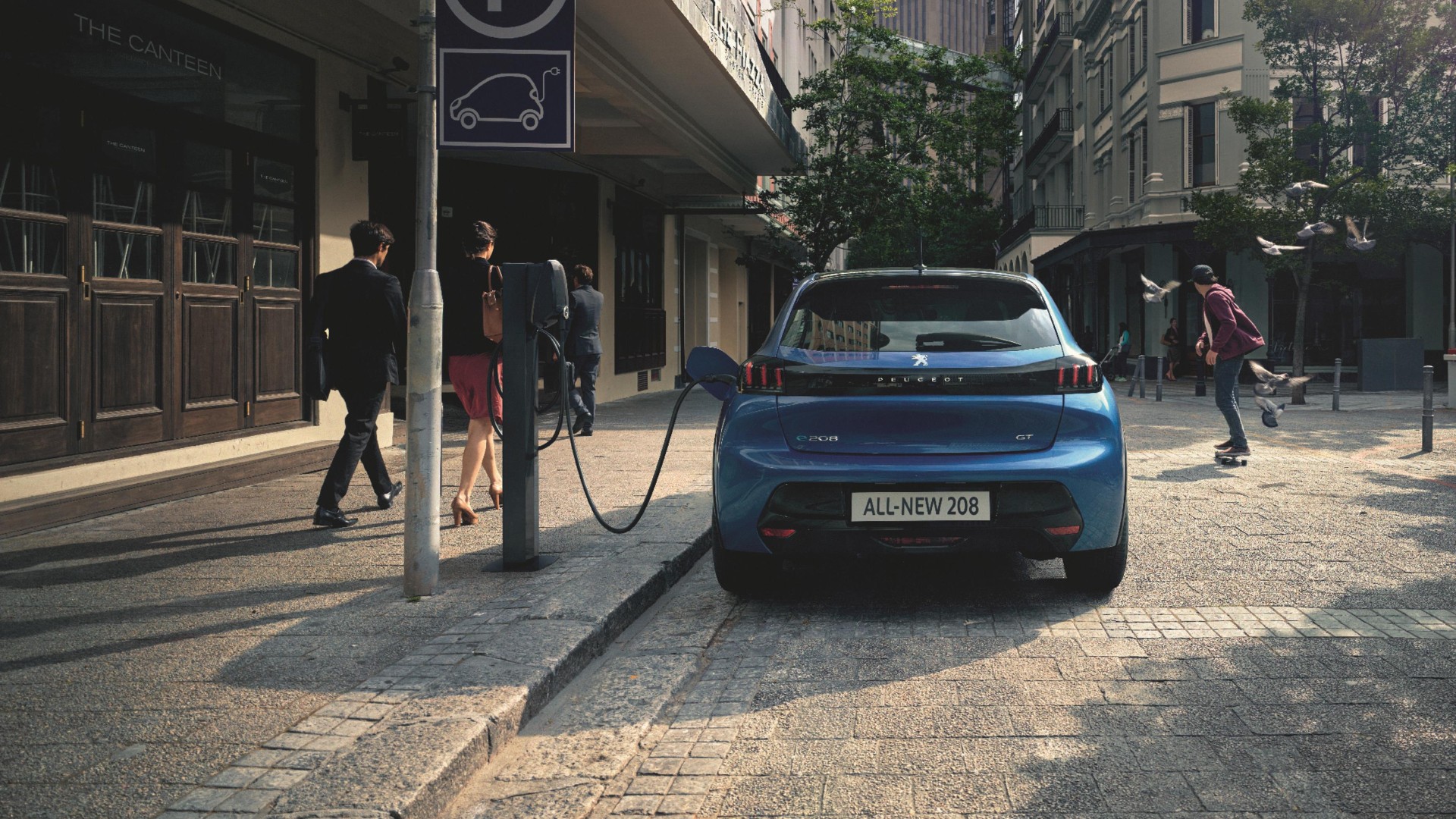 Peugeot’s new 208 is looking to the future of electric power, adding a 200-mile capable EV variant that drives emissions-free. If it were available come Clean Air Day, you could hum to work with a clean conscience. As it stands, the 208 won’t be around until later in the year. Perhaps next year? 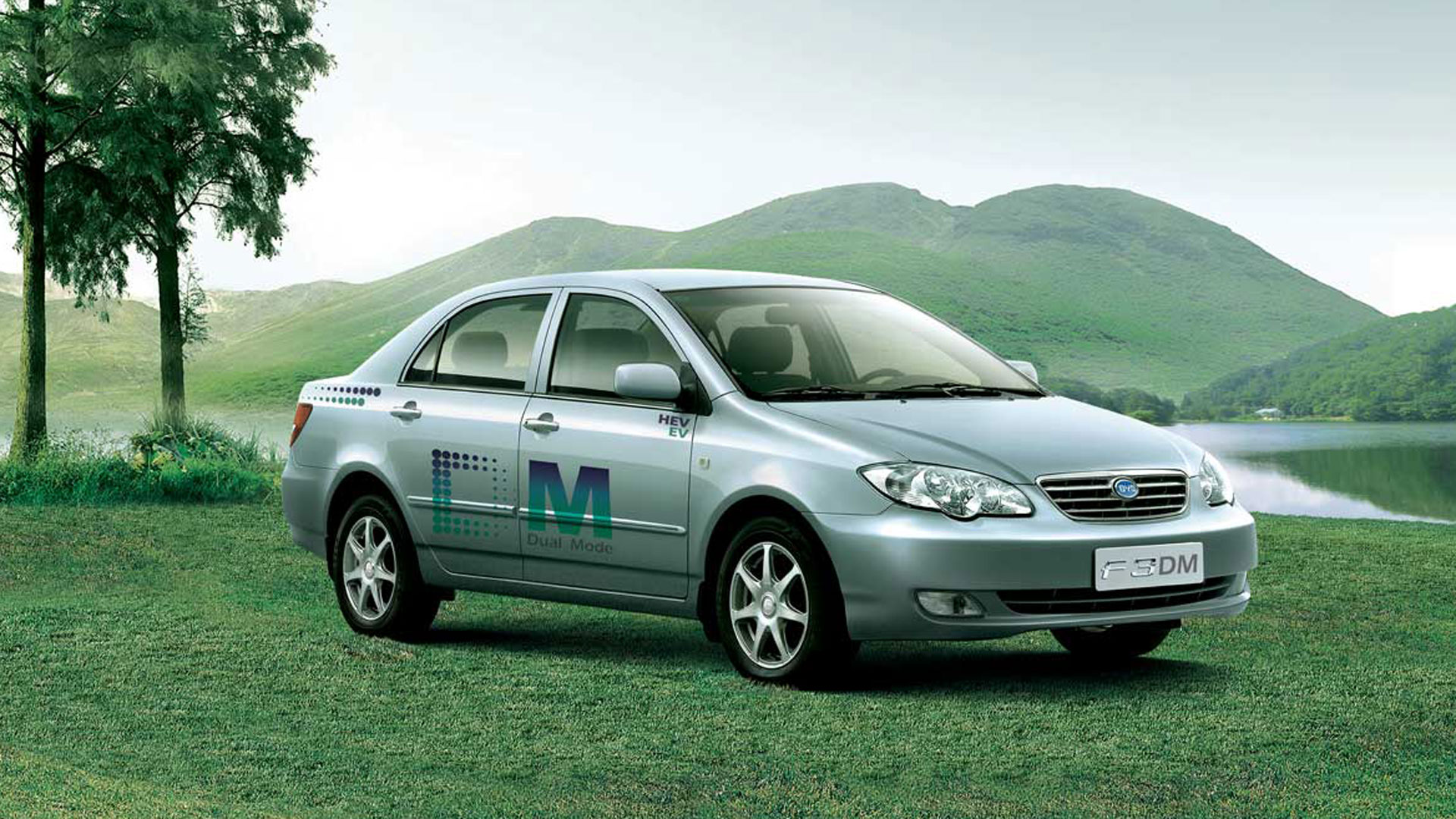 In 2009, BYD (Build Your Dreams) launched the world’s first plug-in hybrid. The F3DM was available in the Chinese company’s home market and had an all-electric range of 37 miles and a total petrol-electric range of 300 miles. It wasn’t a big seller, but the Chinese government incentivised sales with subsidies of 50,000 Yuan, while the city of Shenzhen added a further 30,000 Yuan. 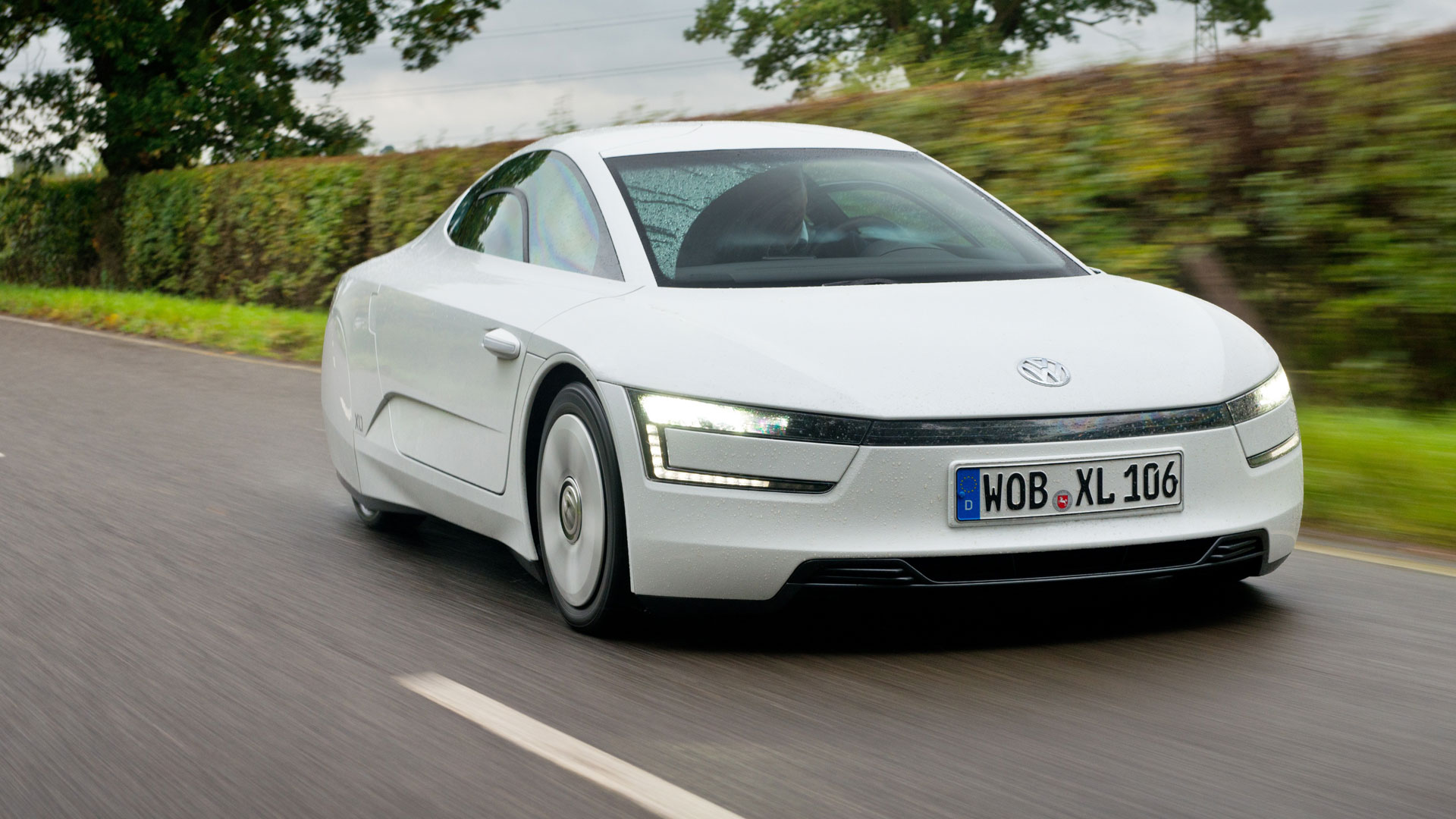 The Volkswagen XL1 was launched as a Super Efficient Vehicle (SEV). Unveiled at the 2011 Qatar Motor Show, the XL1 featured an 800cc two-cylinder diesel engine mated to an electric motor to produce a modest 75hp. But because the car weighed just 795kg, it was reasonably quick and very economical. Up to 313mpg was available on a combined cycle, along with an all-electric range of 50km (31 miles). 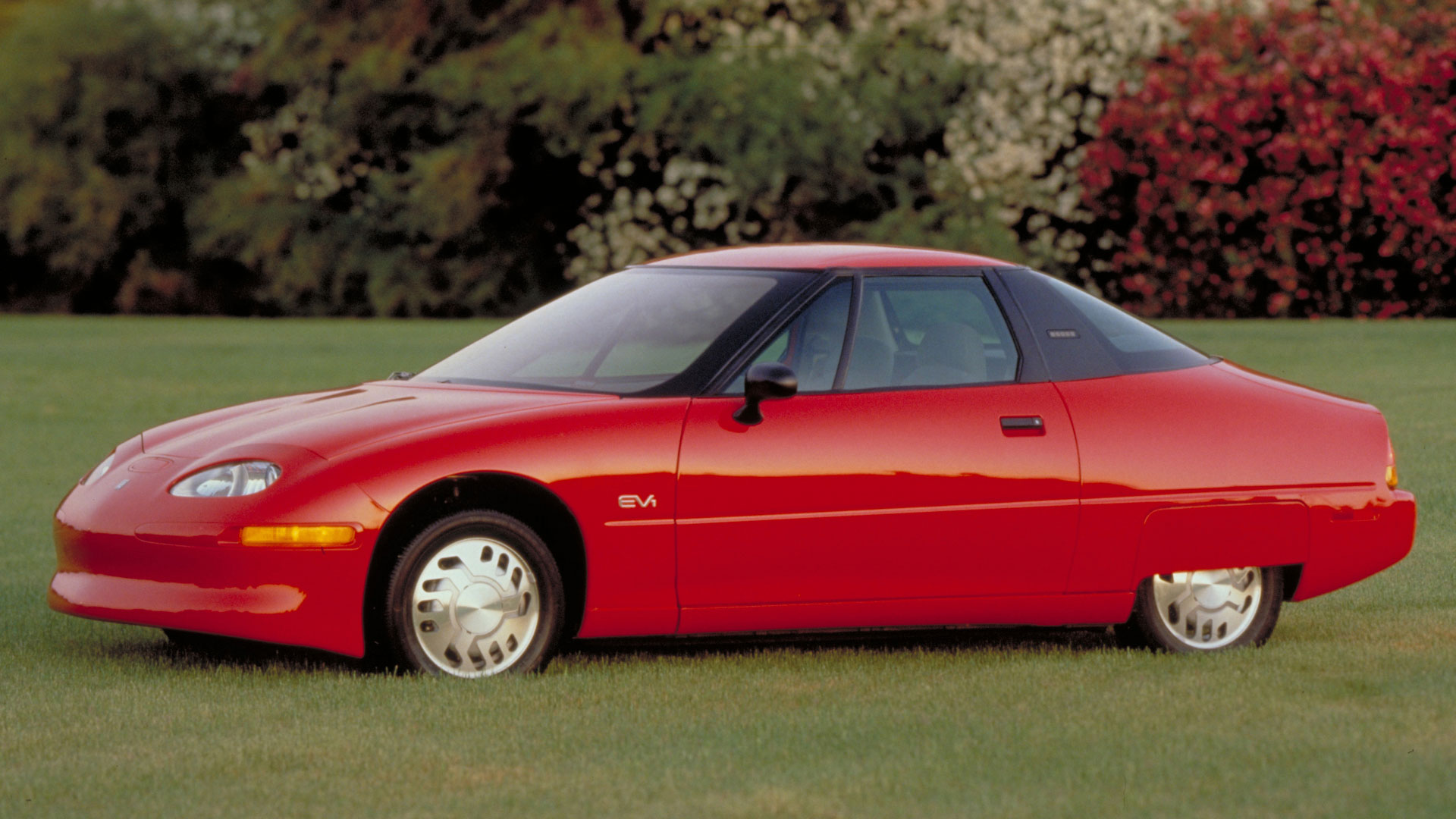 If you’ve watched the documentary called Who Killed the Electric Car? you’ll know that the GM EV1 was a pioneering electric vehicle and one giant missed opportunity. This was the world’s first mass-produced and purpose-built electric car, with GM leasing it to customers in California and Arizona. Sadly, for reasons that will become clear if you watch the documentary, GM pulled the plug on the project and destroyed most of the cars. 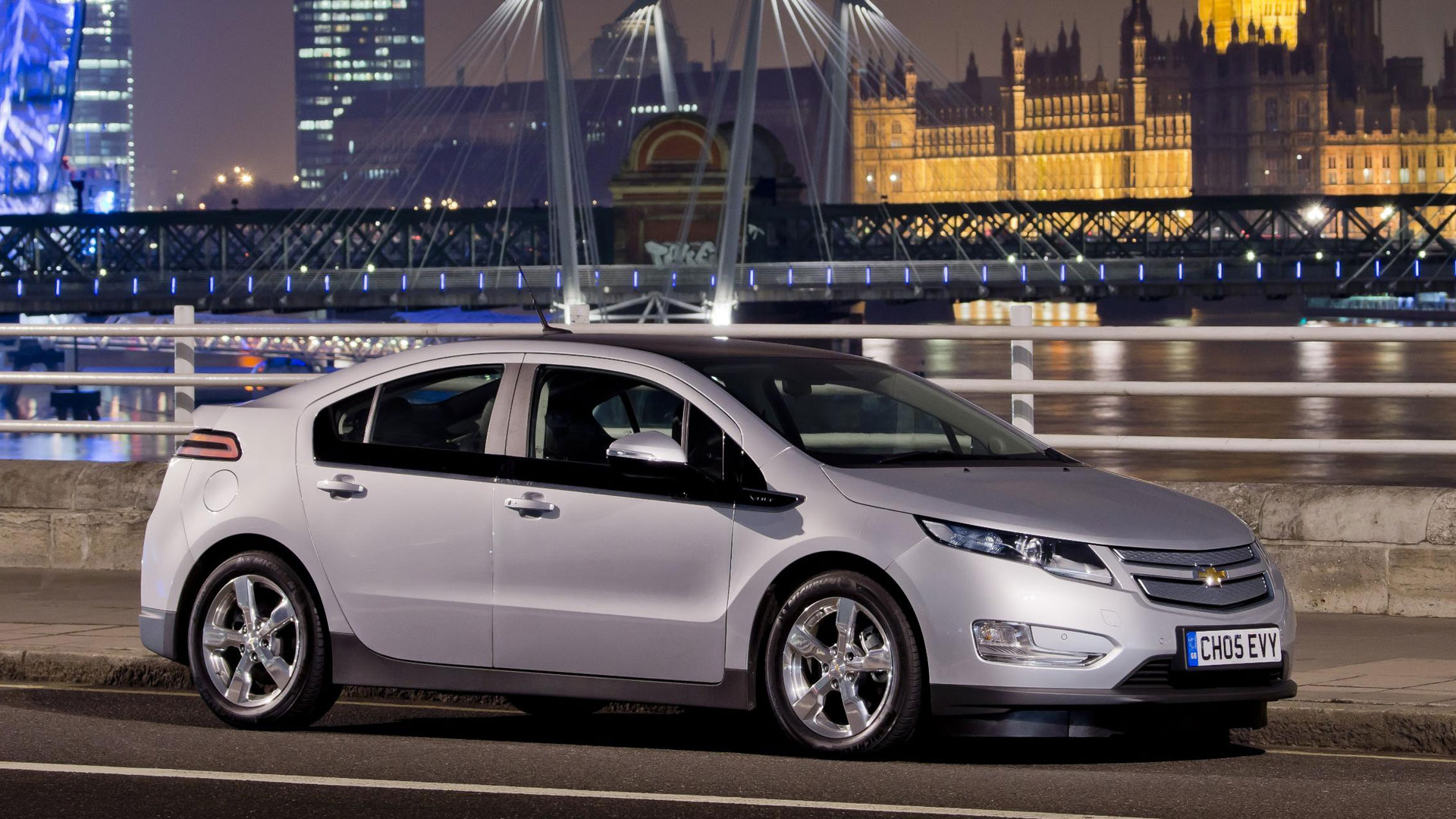 Another product of General Motors that was both ahead of its time and pulled from sale too soon. The Chevrolet Volt – also sold as the Vauxhall/Opel Ampera – was neither a traditional hybrid or a fully electric vehicle. Instead, it used a 1.4-litre petrol engine to keep the batteries topped up, with drive handled by the electric motor.