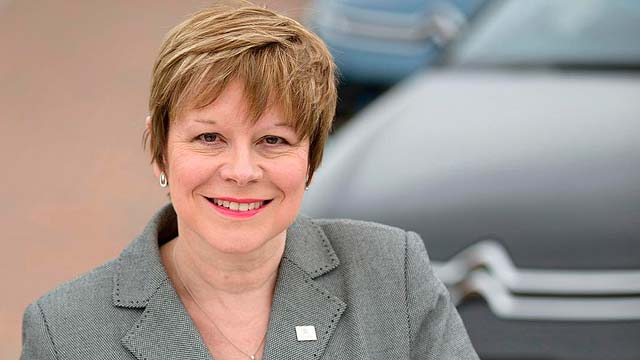 Citroen UK MD Linda Jackson has been promoted to CEO of the entire Citroen brand – and from 1 June will move to the firm’s French HQ in Paris.

Jackson has been the highly regarded MD of Citroen since 2010, and boasts more than 35 years’ experience in the motor industry.

This breadth of knowledge has seen her become the first ever non-French CEO for the Citroen brand – and her recruitment comes at a pivotal time for the firm.

Jackson’s arrival effectively sees the beginning of PSA chairman Carlos Tavares’ ‘Back in the Race’ strategy. She will work alongside fellow CEOs for Peugeot and the DS line of cars.

It’s actually Citroen that may be set for the biggest initial bang under this new strategy: the striking new C4 Cactus will be rolling out as Jackson begins her new role.

Jackson’s replacement as MD of Citroen UK will be made “in due course” says Citroen. Whoever they are, they have some big shoes to fill…