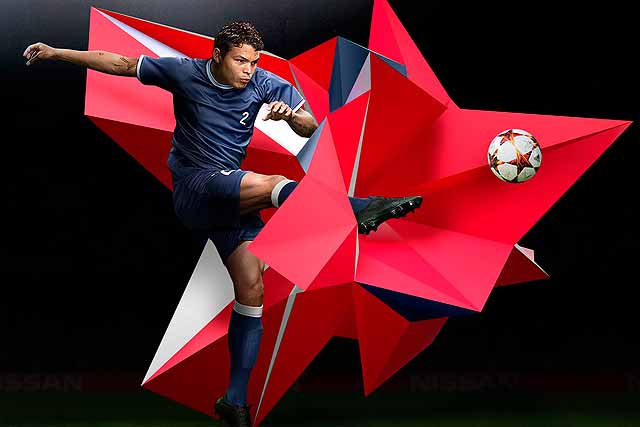 Nissan has teamed up with UEFA to launch a new worldwide competition at the Champions League draw in Monaco.

The ‘UEFA Champions League Goal of the Week engineered by Nissan’ will go live with the first group stage games on September 16/17. It will run throughout the Champions League competition as part of Nissan’s four-year partnership with football’s top club contest.

Judges will decide the five best goals of the week during each stage of the Champions League: these will be open to voting by fans from midnight Thursday during match week.

The carrot for fans, as well as being able to decide upon the best of five great goals, is a range of prizes, including Champions League merchandise and match tickets.

Fans will be able to vote for the Goal of the Week through both the Champions League website and a special Champions League section of Nissan’s national websites: these will launch on September 18, after the first group games have been played.

Nissan: aiming to be more than just a title sponsor

Nissan is determined to make its four-year sponsorship of the Champions League more than just a corporate name on an advertising board. It’s even gone as far as creating a special job title – Nissan Engineers of Excitement – and signing up three-time Champions League winner Andres Iniesta and Brazil captain Thiago Silva as recruits.

They’ll be seen on Nissan advertising worldwide but will also help “introduce new innovations to the football fan experience”. Initiatives here will include offering local communities and children’s organisations, plus Nissan dealers, customers and media, the opportunity to watch the away team train the day before a Champions League game.

Nissan will “help make the UEFA Champions League even more accessible for fans throughout the season”.

“The Goal of the Week activity will enable football fans to debate and determine the best and most technical UEFA Champions League goals around every match week, offering an exclusive opportunity to bring the excitement from the football pitch directly to fans online.”

Nissan takes over from long time Champions League title sponsor Ford this season, in what analysts describe as a multi-million pound deal. Ford had been associated with the top European football competition for 20 years and, in this year’s final, launched European online sales of the new Ford Mustang.

The European allocation was snapped up within 30 seconds.