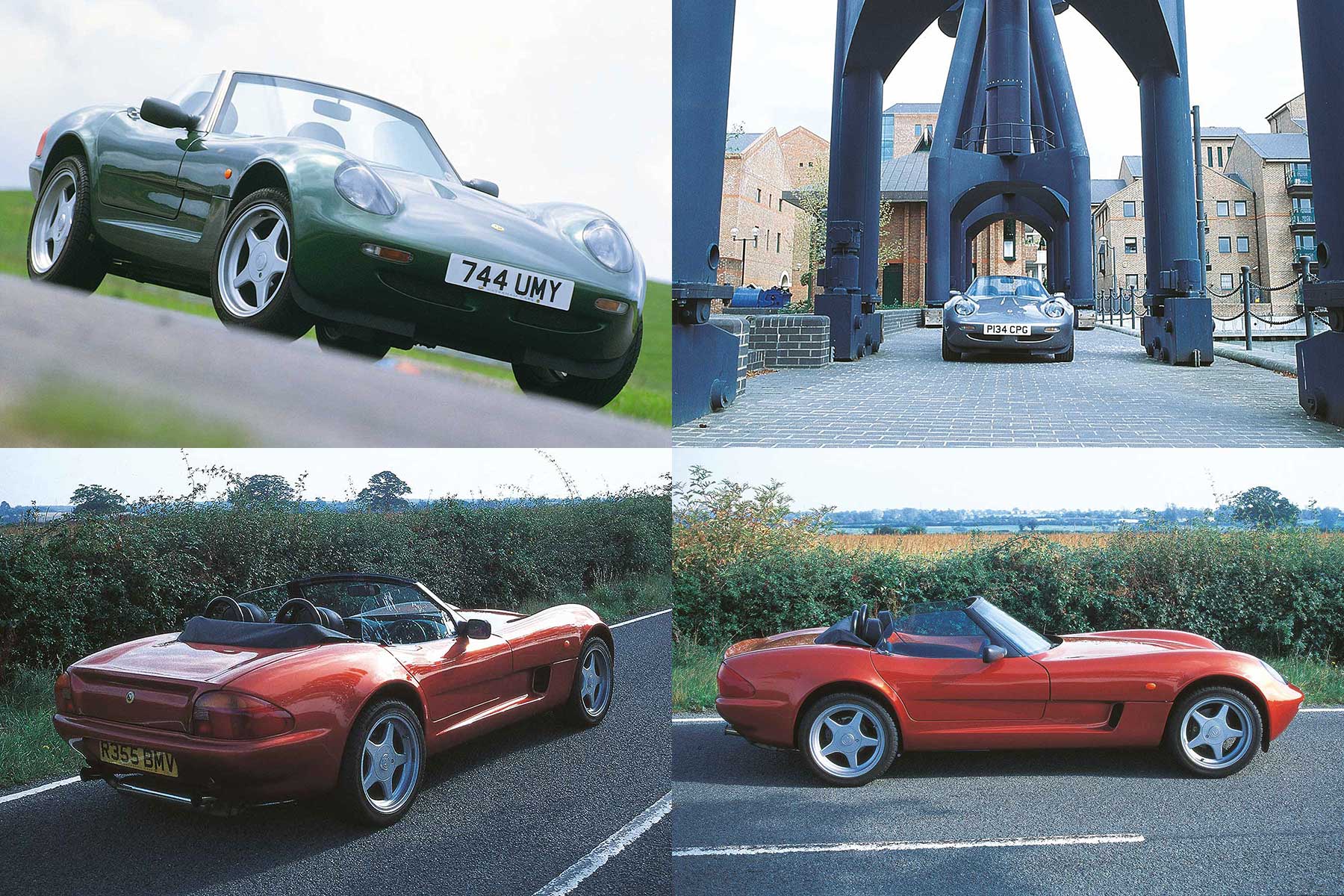 You are just buzzing. You’re left leg is hot, your right arm is damp and a hot exhaust has singed your calf as you wriggle free of a low-roofed cockpit whose door is almost slapping you in the face.

You’ve just driven 150 miles in a Caterham Seven in the rain – and loved every second. But you body is relieved to be releasing itself from the close grip of the Seven’s cabin, your ears are humming from the din and part of you wishes that the experience had been just a little more comfortable.

Wouldn’t it be great, you find yourself thinking, if you could have all the thrills of a Seven in a car with a sensibly scaled cockpit that didn’t roar like a North Sea gale?

And that very wouldn’t-it-be-great idea was exactly the one that Caterham had in the early 1990s. 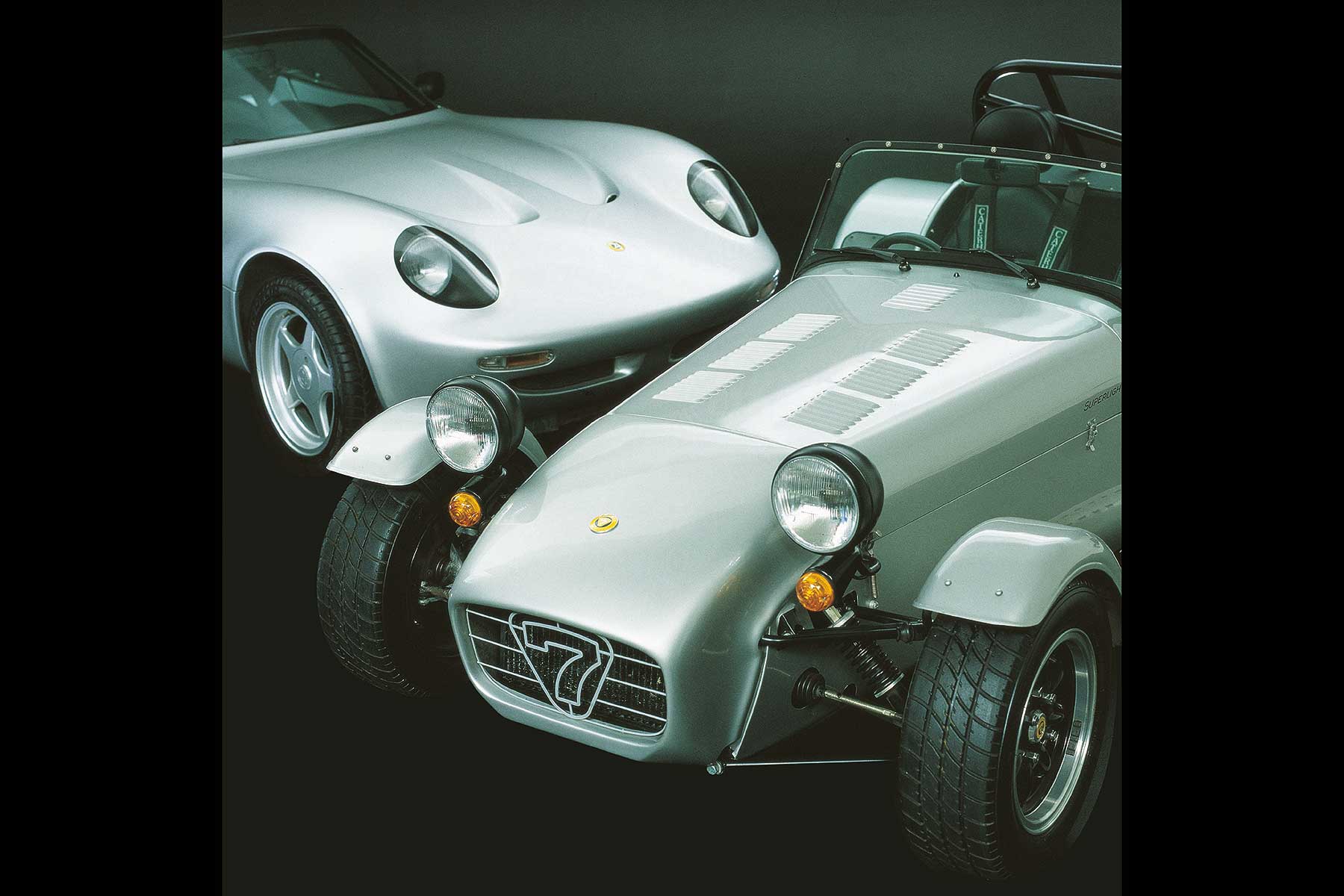 The plan was to rebody the Seven. Or more accurately, perhaps, to provide it with a body beyond the vintage wings, simple clam of a bonnet, that famous nose-cone and a big tray for a pair of seats and a spare wheel mounting.

Instead, the Seven’s tubular chassis would get enveloping bodywork that looked more sportscar-sensuous and pushed through the air with a load less blustery commotion.

Why 21? Not because Caterham reckoned it was three times the car that the Seven was, but because it had been making the Seven for 21 years, this car a celebration of the fact.

It must have been quite a challenge to extract a flowing shape from the Seven’s proportions, the closeness of the occupants’ rear ends to the back axle threatening to force the old-school proportions of a ‘50s British sportscar on this new Caterham.

And that’s what it got, although your eye was drawn away from this by the shapely tail and its Ford Mondeo lamp clusters, the long bonnet and a pair of air extractors whose exit ramps occupied much of the 21’s lower body. 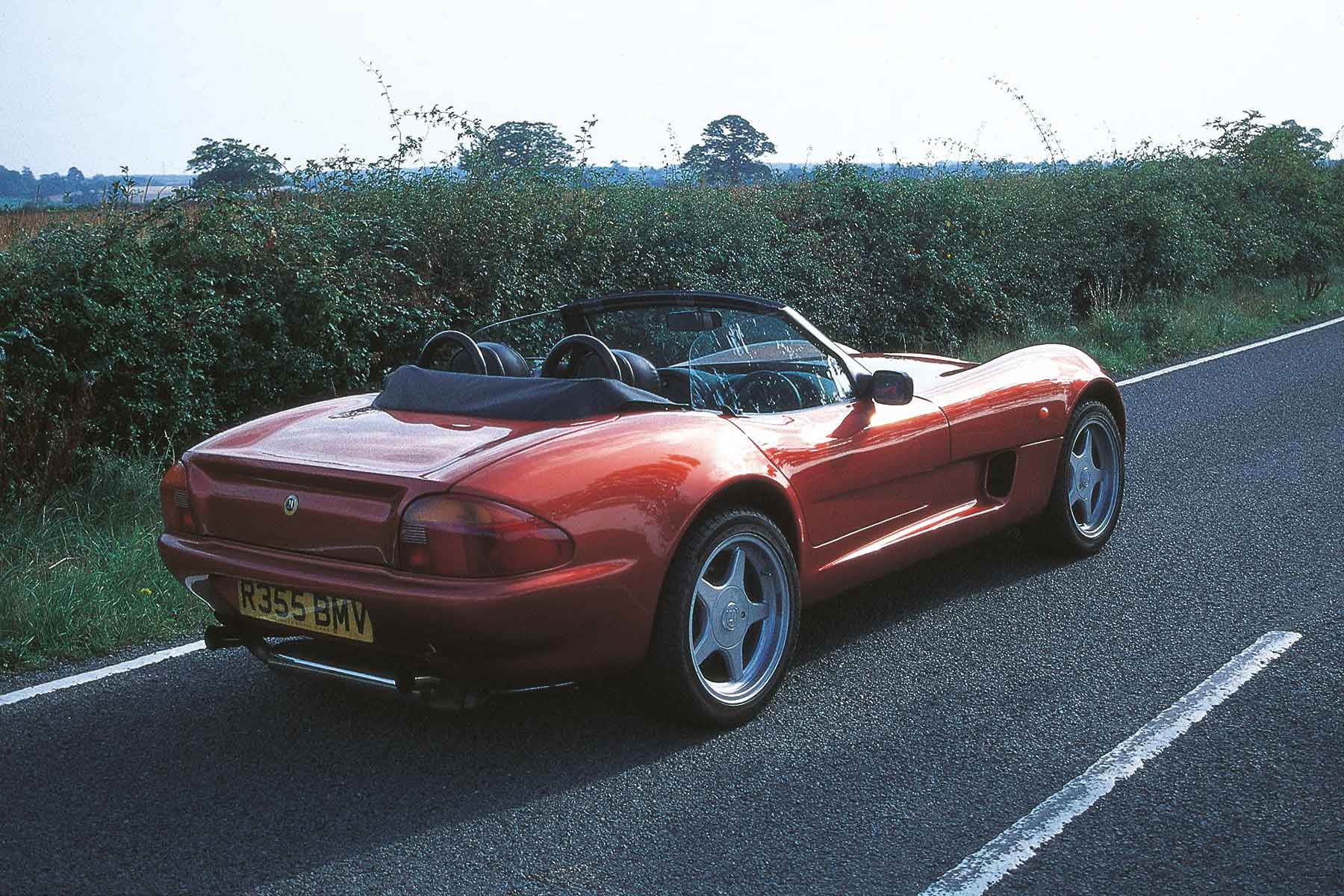 The result was a car that looked a bit Brit sportscar traditional and unusually narrow, despite adding three inches to the front track to provide slightly wider footwells. But it was neat and not unattractive.

The 21 looked more appealing inside, where a stylish twin binnacle facia replaced the Seven’s simple flat panel. The centre of the dash cascade into a narrow centre console and carried a strikingly stacked trio of dials, while the outer edges of the dashboard were bodycolour, as was much of the surface of the inner doors, making this cabin look a whole lot more contemporary. It was also very well finished.

The absence of window winders seemed contemporary too, the 21 having electric window lifts, you’d be thinking. Except that it didn’t, their opening a task for the driver, who would need to demount the glass and stow it in the boot.

Still it was an arrangement that made the 21 lighter, its 665kg generating an exciting 205bhp per tonne when the car was fitted with the 136bhp 1.8 version of Rover’s all-alloy K Series. It was 110kg more than a Seven, but still 60kg less than a Lotus Elise. 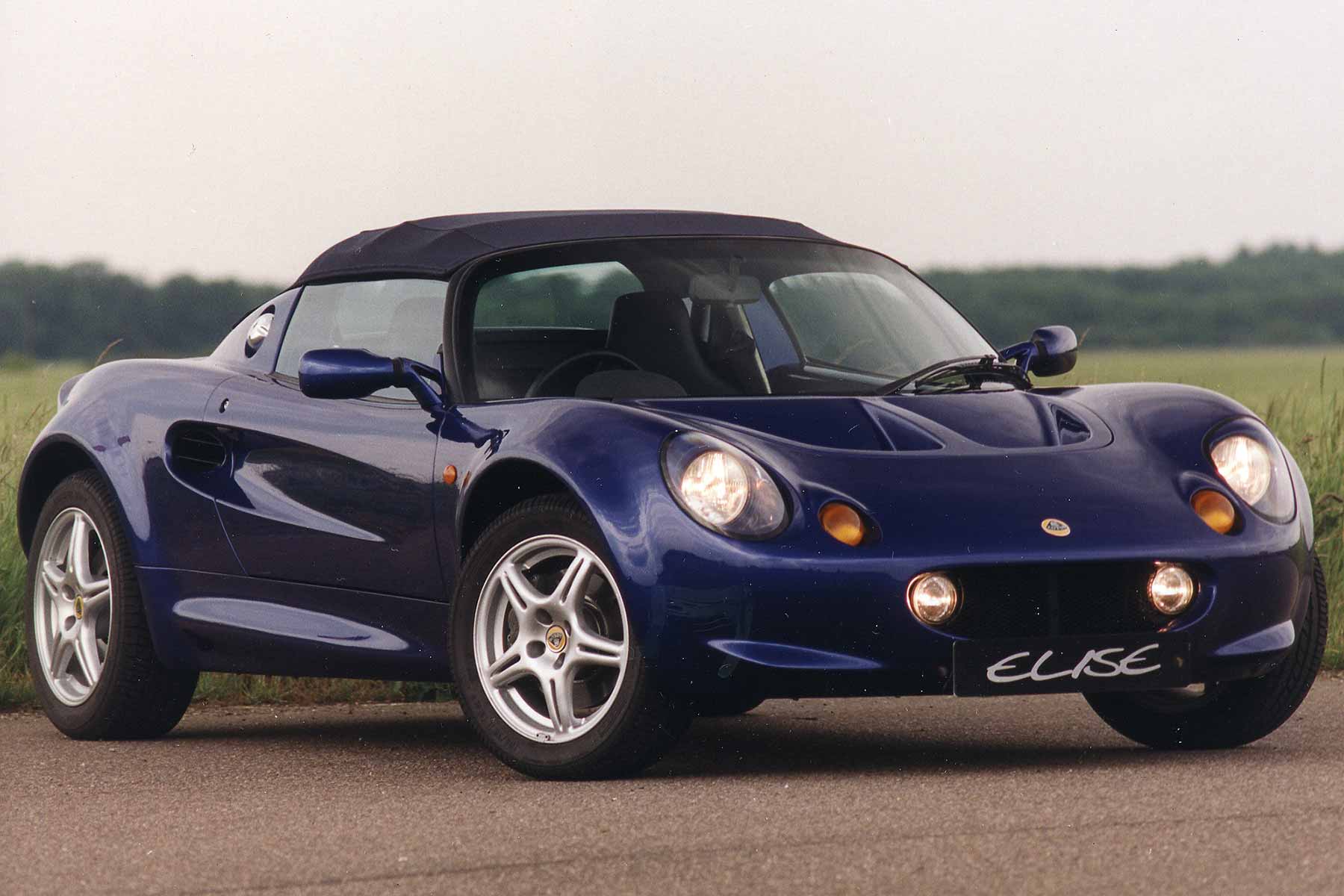 Ah, the Elise. There was brief honeymoon for the 21 when the Lotus wasn’t present. The Caterham was unveiled in autumn 1994 with an alloy body, and appeared a year after that at the 1995 Earls Court show with its glassfibre production shell.

But not many months later the Elise went on sale and with the mid-engined layout that Caterham had originally considered, before concluding that this was too much of a leap for the tiny firm to take on. 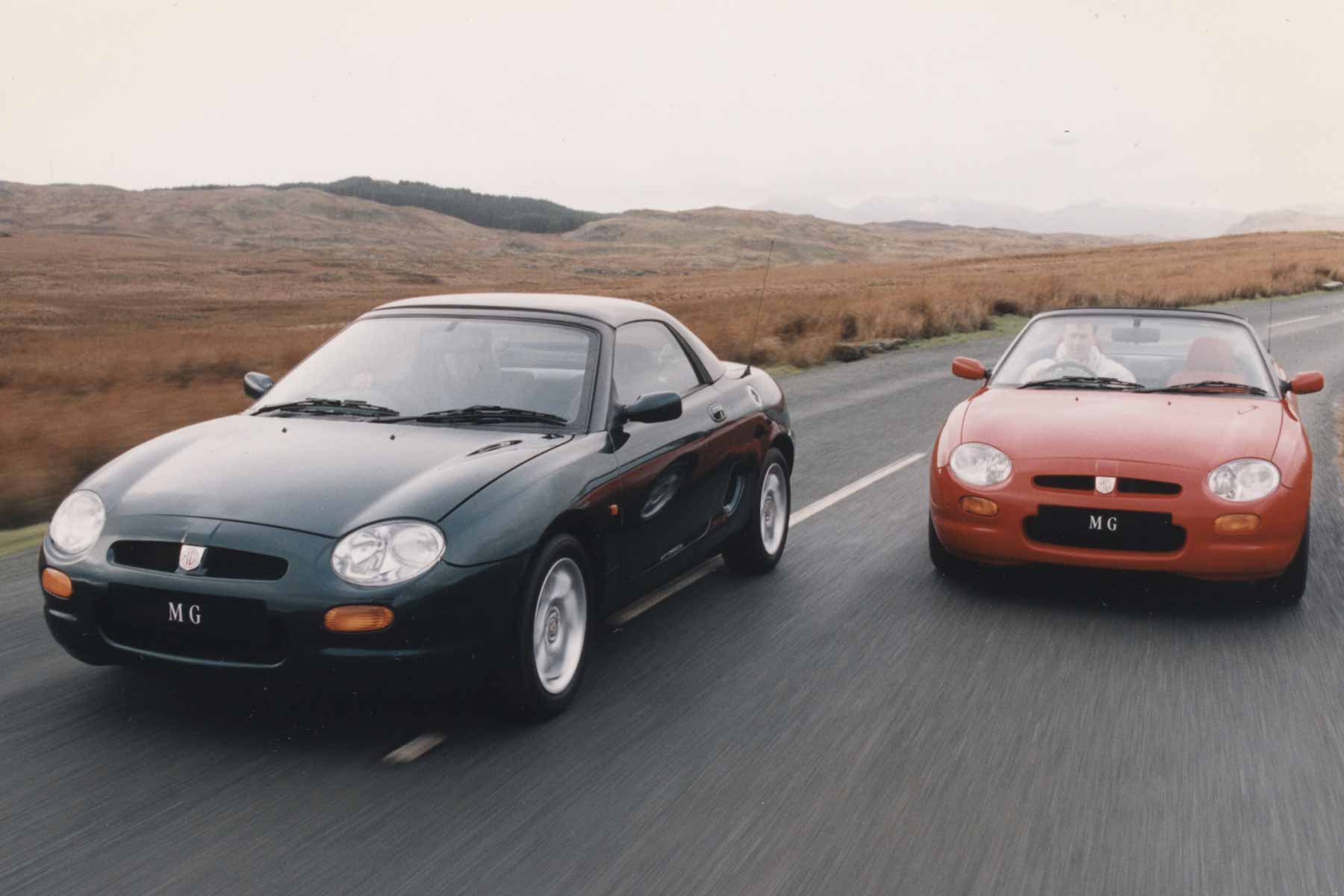 The Lotus was also joined by the MGF, a milder-mannered sportster but an able one nevertheless, the appearance of these two alongside the Mazda MX-5 providing the 21 with formidable opposition. Those after a more extreme experience also had the Renault Sport Spider to choose from.

Still, the Caterham delivered formidable performance, its low weight allowing the 1.8 Supersport to burst to 60mph in 5.8 and onto a 131mph maximum that was far higher than most Seven’s could manage.

The more powerful 1.8 – there was a 1.6 version too – also got you Caterham’s excellent six-speed gearbox. All of which added up to a riot of a drive, if not quite as much rebellion as you’d enjoy aboard a Seven. The 21’s steering lost a little of the Seven’s blade-sharp edge, and it was heavier too. 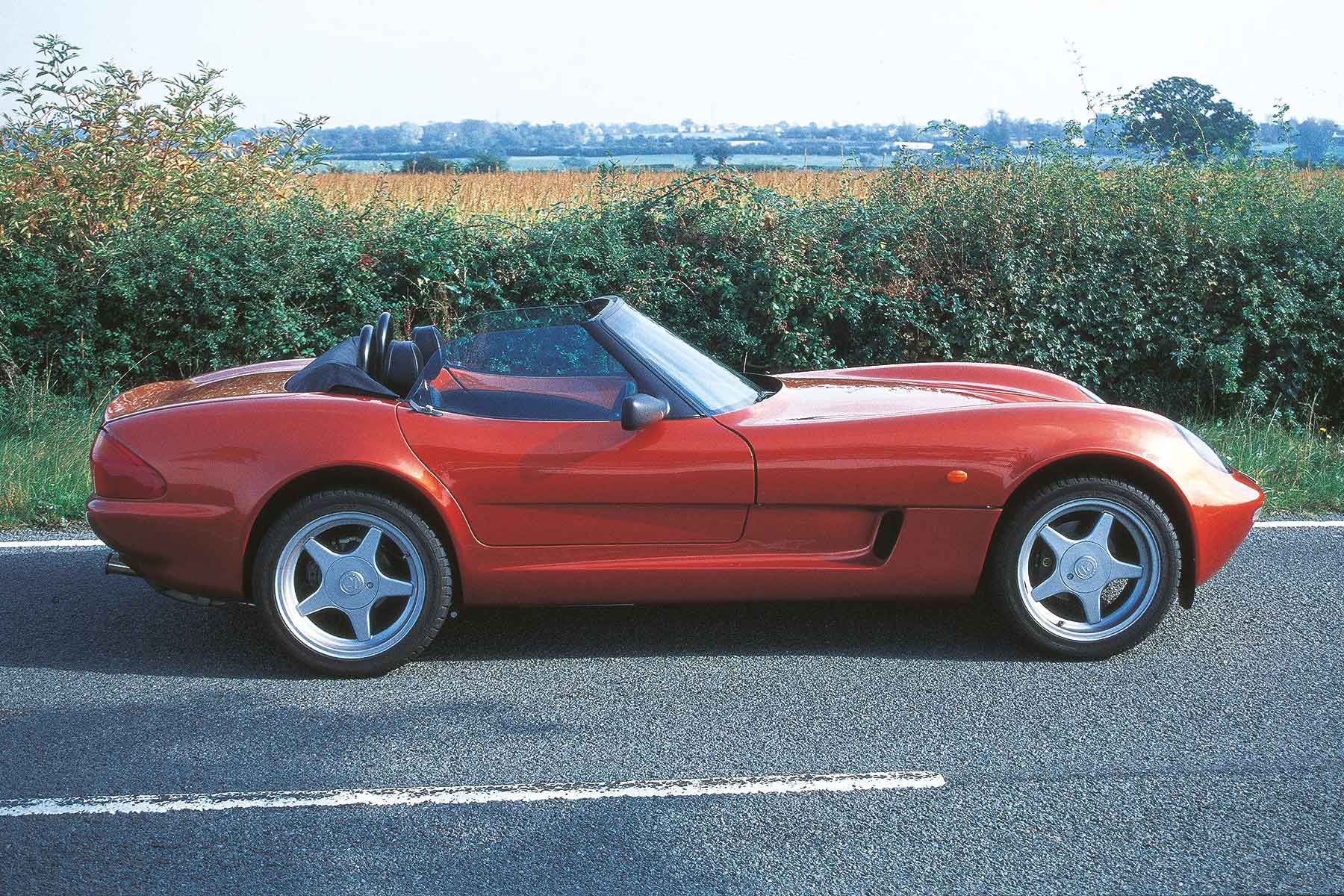 That would have mattered less if the 21 had delivered the extra civility implied by its bodywork. True, the ride was a little smoother, but you were still packed charter-flight tight into the Caterham’s cockpit, its mechanicals made as much noise as an all-night party and if you left the roof on and the windows up, you’d boil up like a simmering vegetable.

You needed the agility of a squirrel to get beneath the hood and bridge a bicycle lane’s width of sill before tumbling into your seat. In other words, several of the supposed advantages of a redesigned body failed to materialise. 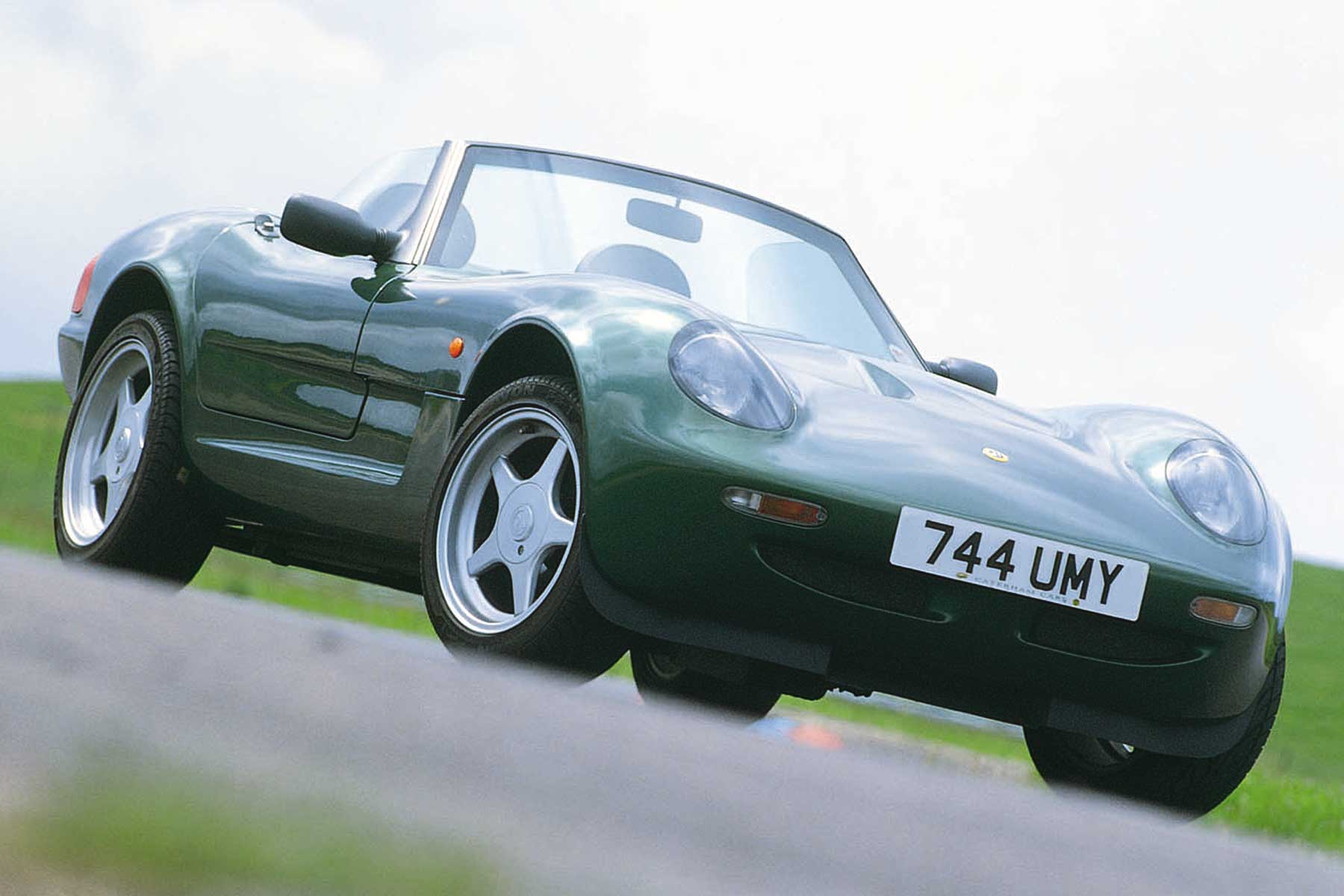 The 21 was a good effort for such a small company, but not quite good enough and unlucky to face a light barrage of fresh sportscar competition, ironically from Lotus, the source of its bread-and-butter Seven.

These days the 21 is almost entirely forgotten, but it makes a more convincing classic buy than it ever did as a new car. Provided you can actually find one for sale, that is.