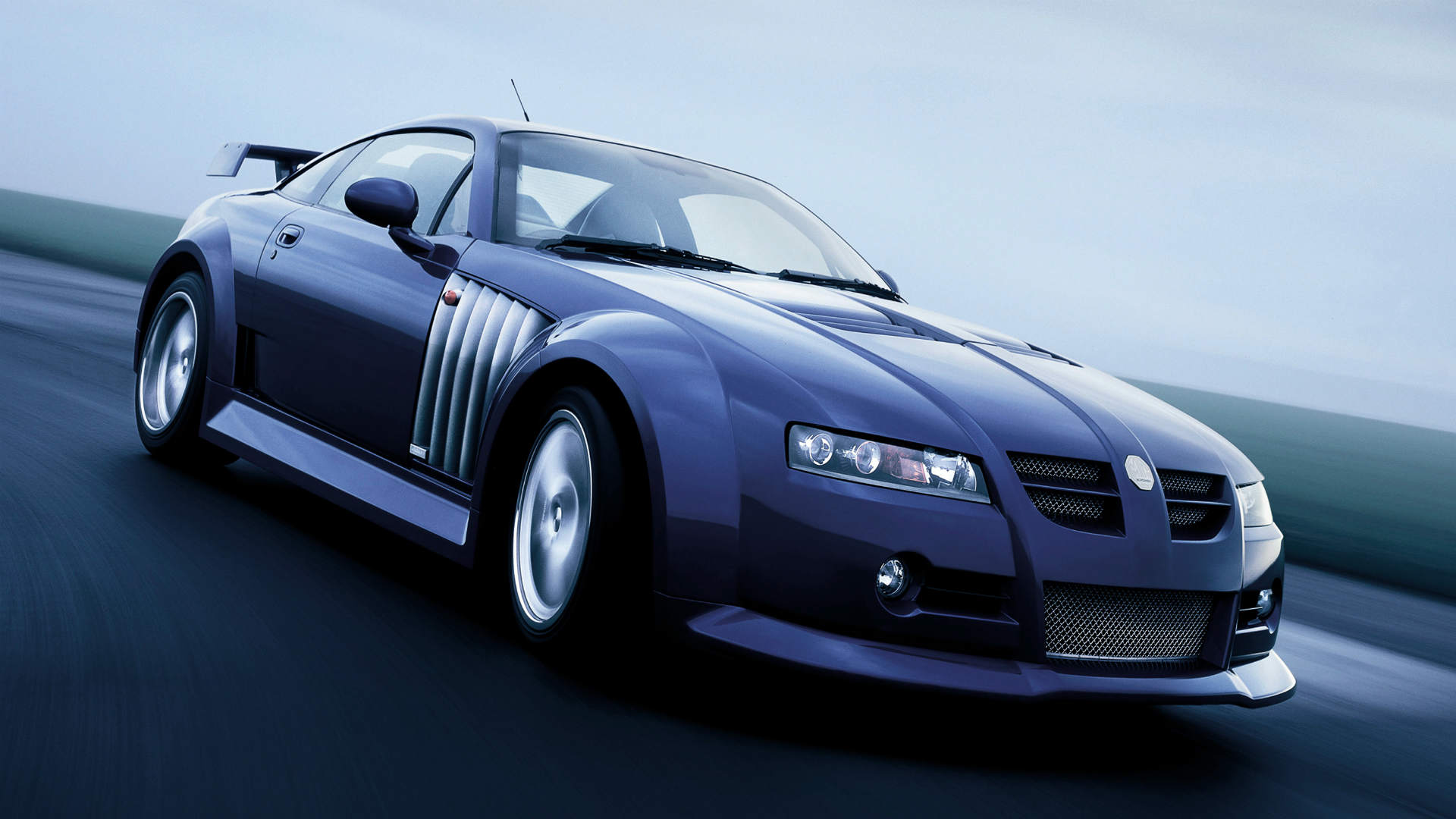 The straw that broke the camel’s back. For every failed car manufacturer, there’s a last chance saloon (or hatchback): one final shot at glory before the ship sinks without a trace. The following 15 cars were complicit in the demise of their maker, either through financial overreaching, being the right car at the wrong time, or just being plain rubbish. 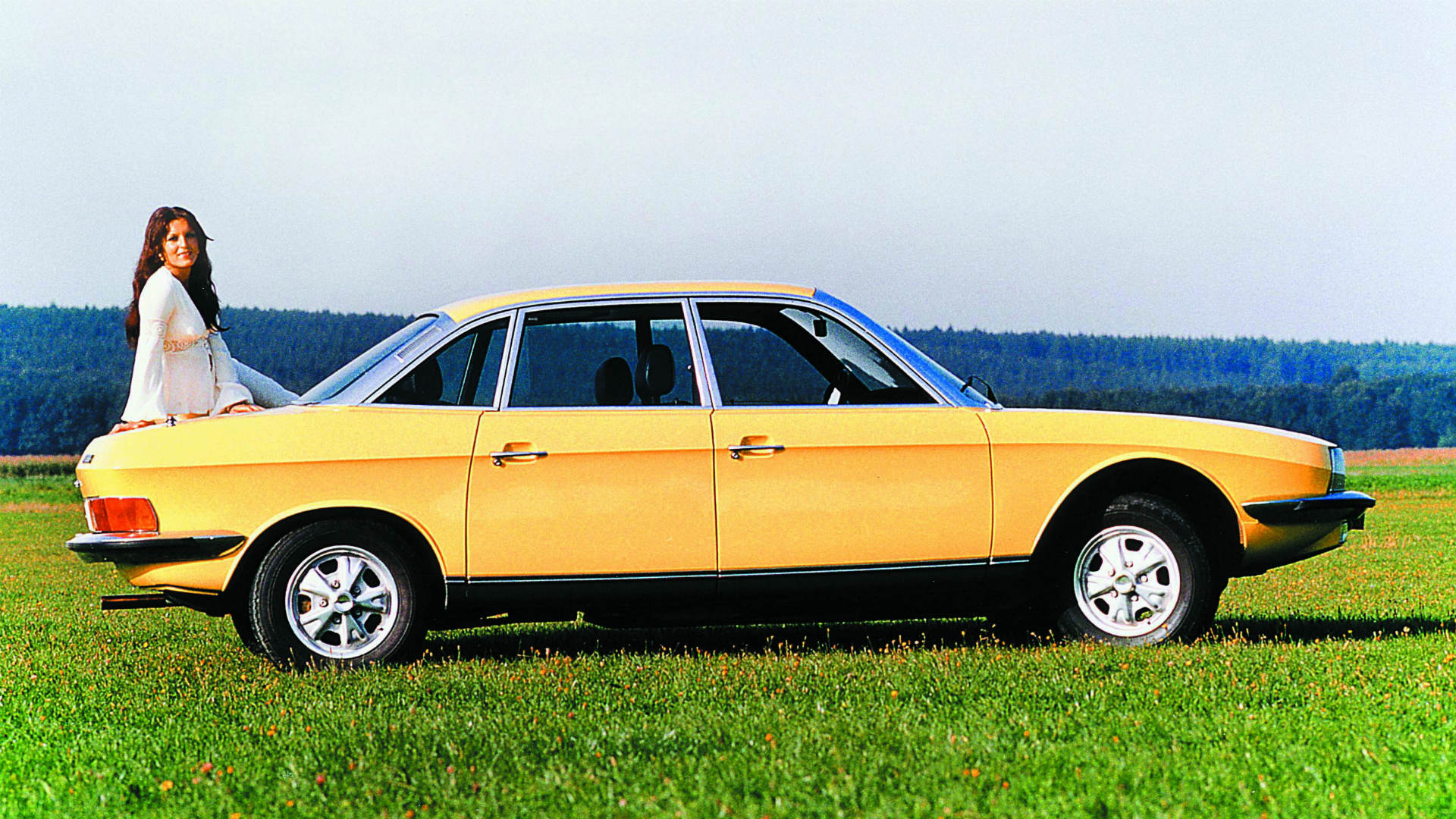 The NSU Ro80 was a brilliant car that was way ahead of its time. The six-light glasshouse still looks fresh today, while the suspension was both innovative and sophisticated. Unfortunately, the Ro80 was hamstrung by a woefully unreliable rotary engine, which forced NSU into replacing hundreds of motors under warranty. Facing catastrophic losses, NSU was bought by Volkswagen, and the famous German name all but disappeared. NSU managed to sort the reliability issues, but it was too little, too late. 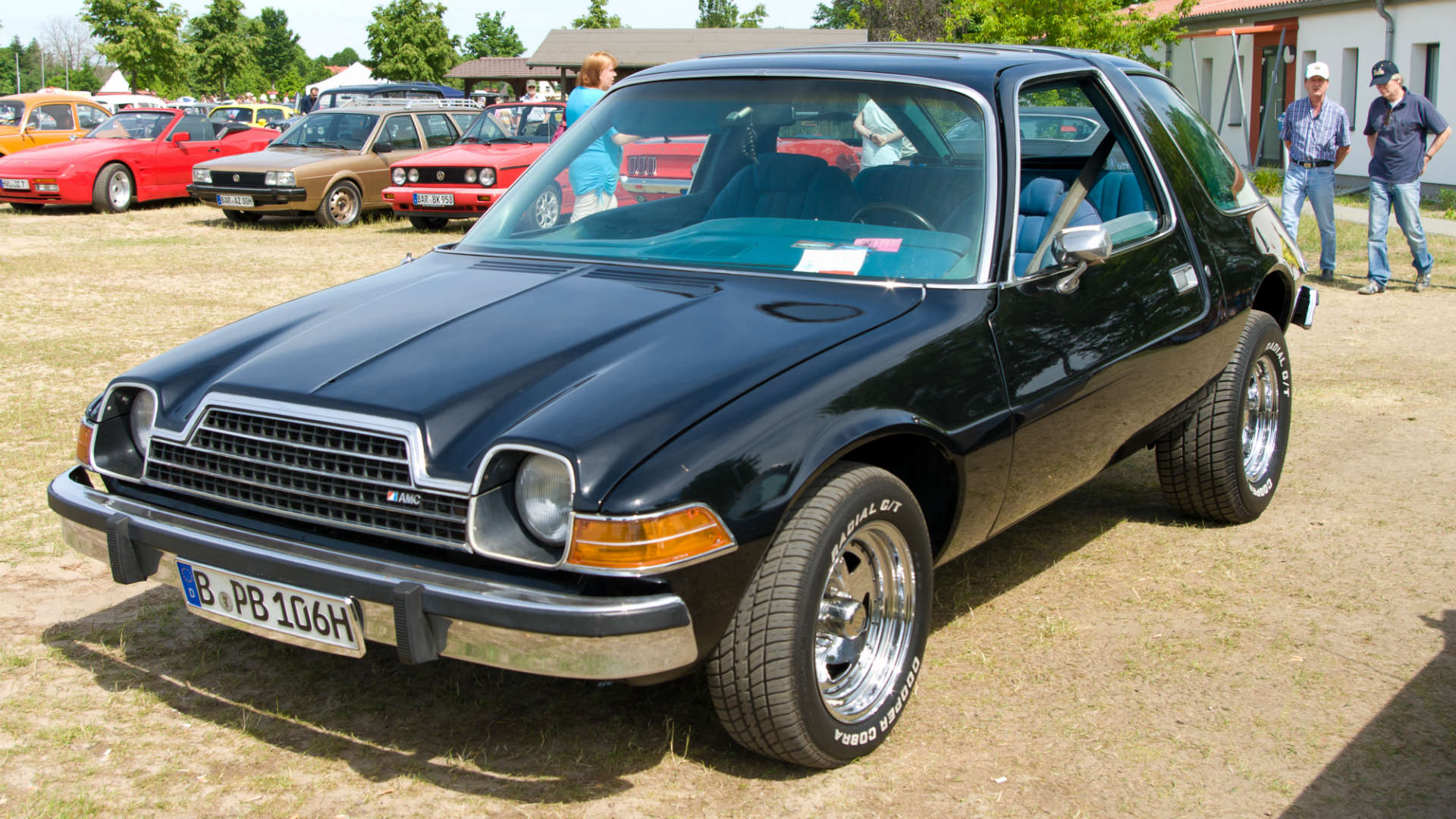 Did the Pacer kill the American Motors Corporation (AMC)? Maybe, maybe not, but it’s fair to say that its arrival coincided with the downfall of a company that once boasted a 7.5 percent share of the U.S. new car market. In 1976, the Pacer’s first full year of sales, AMC sold 177,724 units of the aerodynamic ‘wide car‘, out of a total of 283,255 cars. It was a false dawn, with sales slumping to 58,264 in 1977 and never recovering. It died in 1980, with AMC going under in 1987. Sure, the cost of the Pacer’s development put a strain on finances, but there were other forces behind the company’s demise. 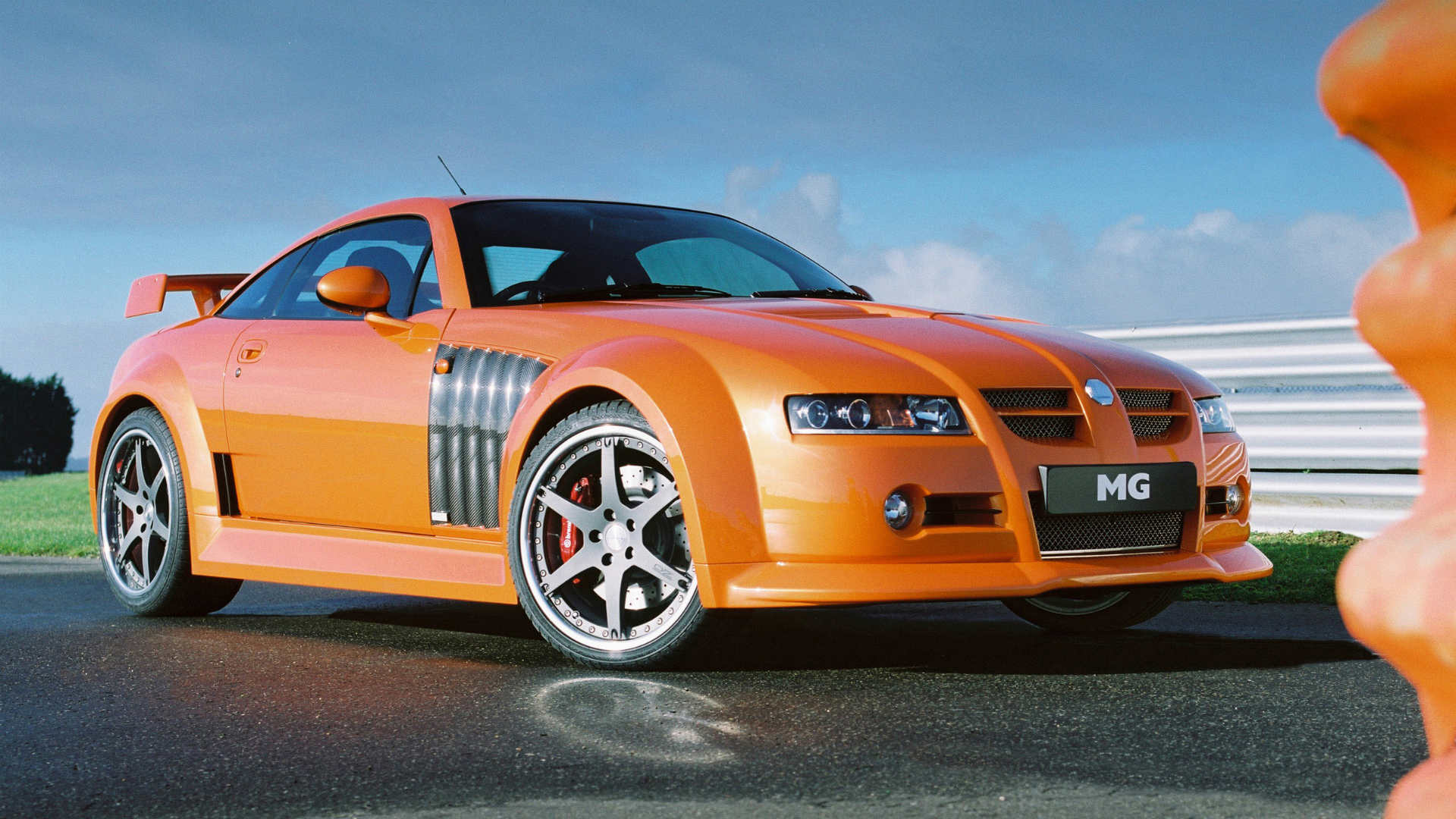 MG’s Changing Rooms transformation of an ageing Rover product range into a trio of desirable performance cars was rather impressive. Buoyed by this success, MG set about creating a rear-wheel-drive version of a front-wheel-drive saloon (and fitting a V8), embarking on an ambitious Le Mans project, and creating a halo product to take on the likes of Porsche, Jaguar and Maserati. The SV was good, but not £75,000 good. The SV-R was even better, but not £83,000 better. In fairness, the XPower cars didn’t kill the company – they merely injected some Hollywood-style drama into the collapse. 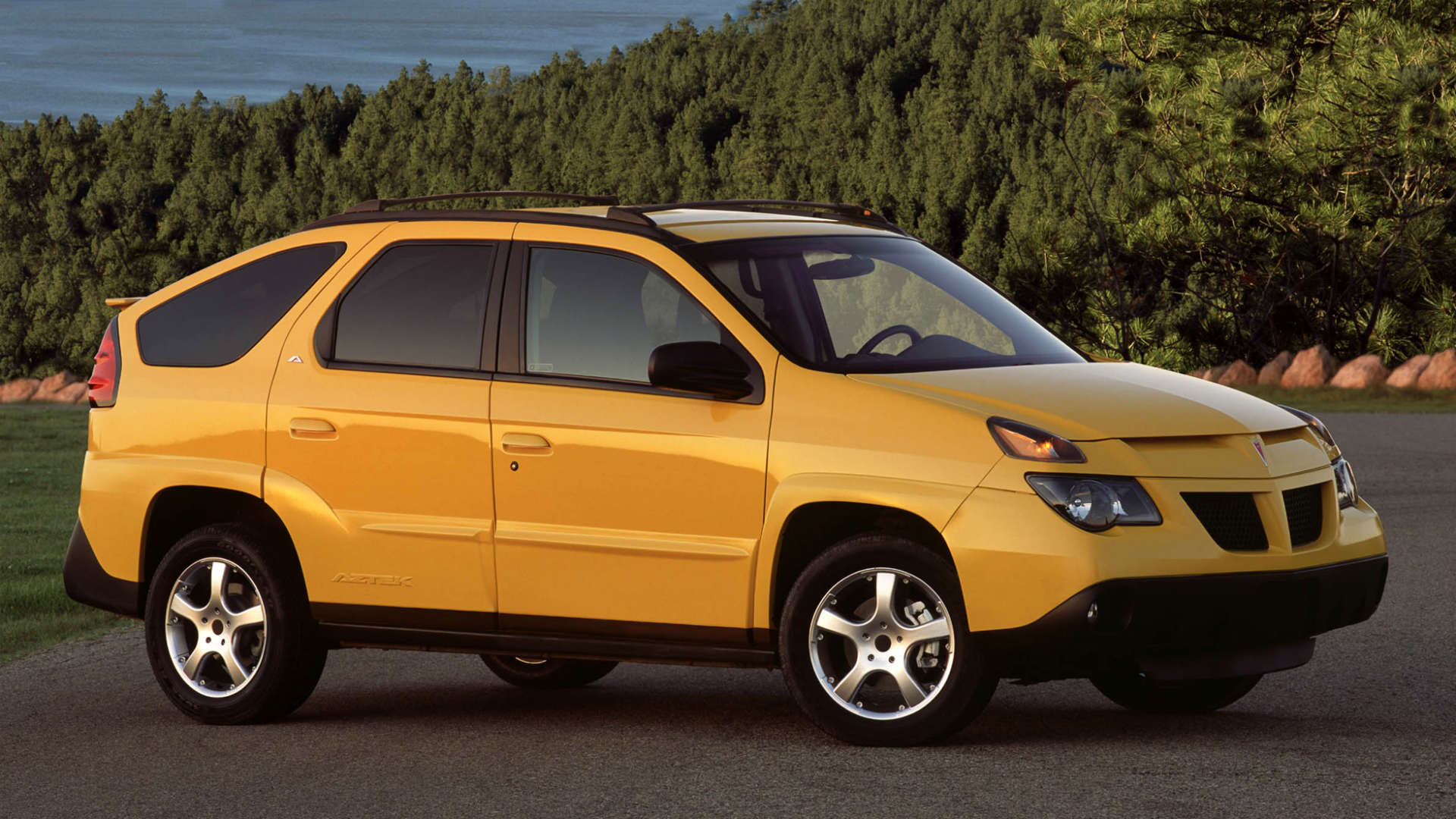 The last Pontiac Aztek rolled off the production line in 2005, just five years after it made a cringeworthy debut at the 2000 Detroit Auto Show. It came to represent all that had gone wrong with a brand once synonymous with performance icons like the GTO. Focus groups warned GM against building the Aztek, but the bosses pressed on regardless. The fact that it was facelifted just five months after launch speaks volumes. GM killed Pontiac in 2009, and although the Aztek was far from the only factor behind its failure, its ugly face became the pin-up for the demise. 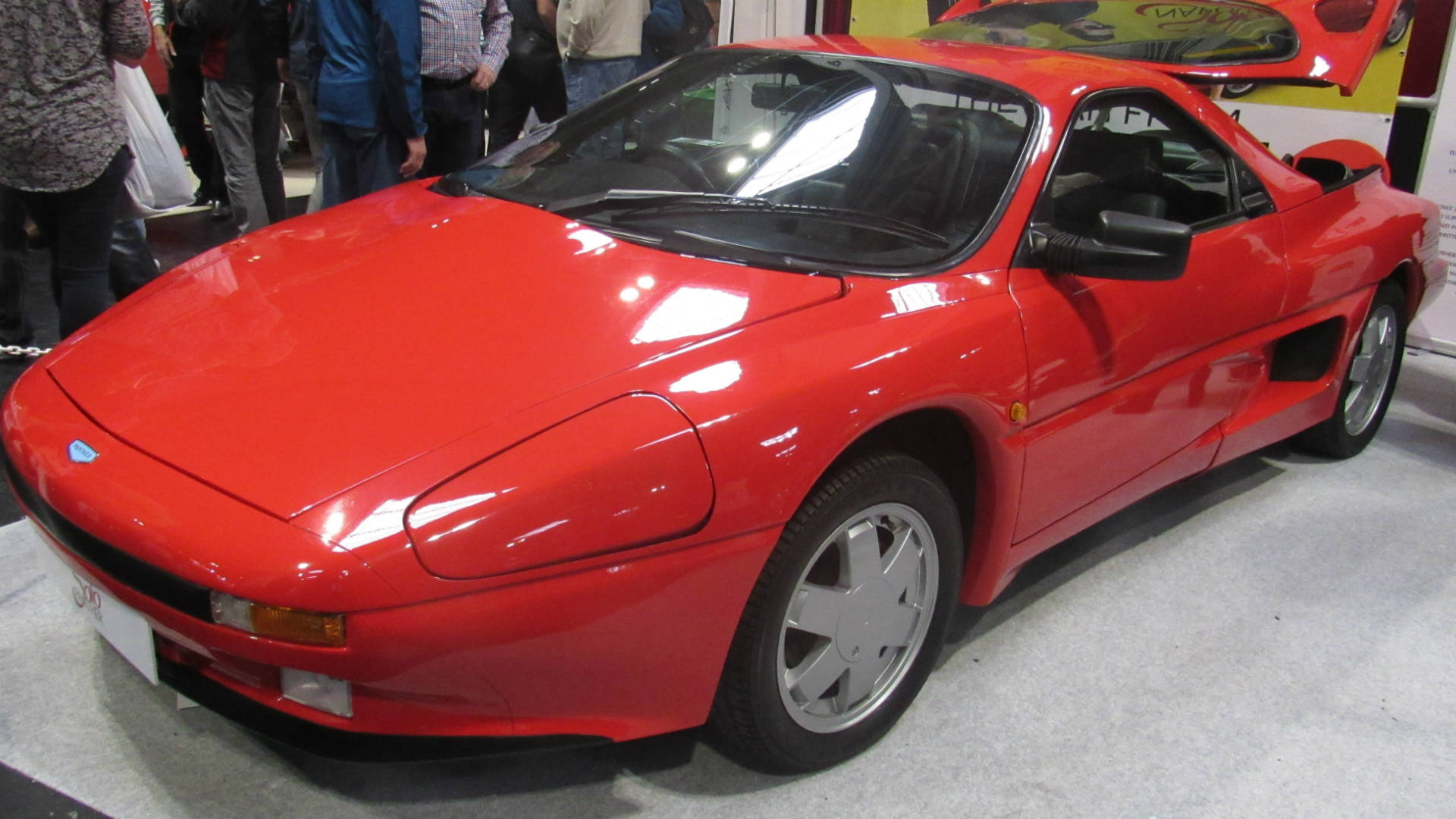 The Panther Solo could have been epic. Yes, it was too expensive and lacked the brand equity of other sports cars. It was also too slow, despite being powered by the engine from a Sierra RS Cosworth. But some of the country’s best motoring writers, including Steve Sutcliffe and Andrew Frankel waxed lyrical about the Solo’s fine chassis and delightful handling. A mid-engined, four-wheel-drive sports car was way ahead of its time. Sadly, the company spent too much on its development – including a complete rethink following the launch of the cheaper and superior Toyota MR2 – so it was doomed to failure. Just 20 are believed to have been built. 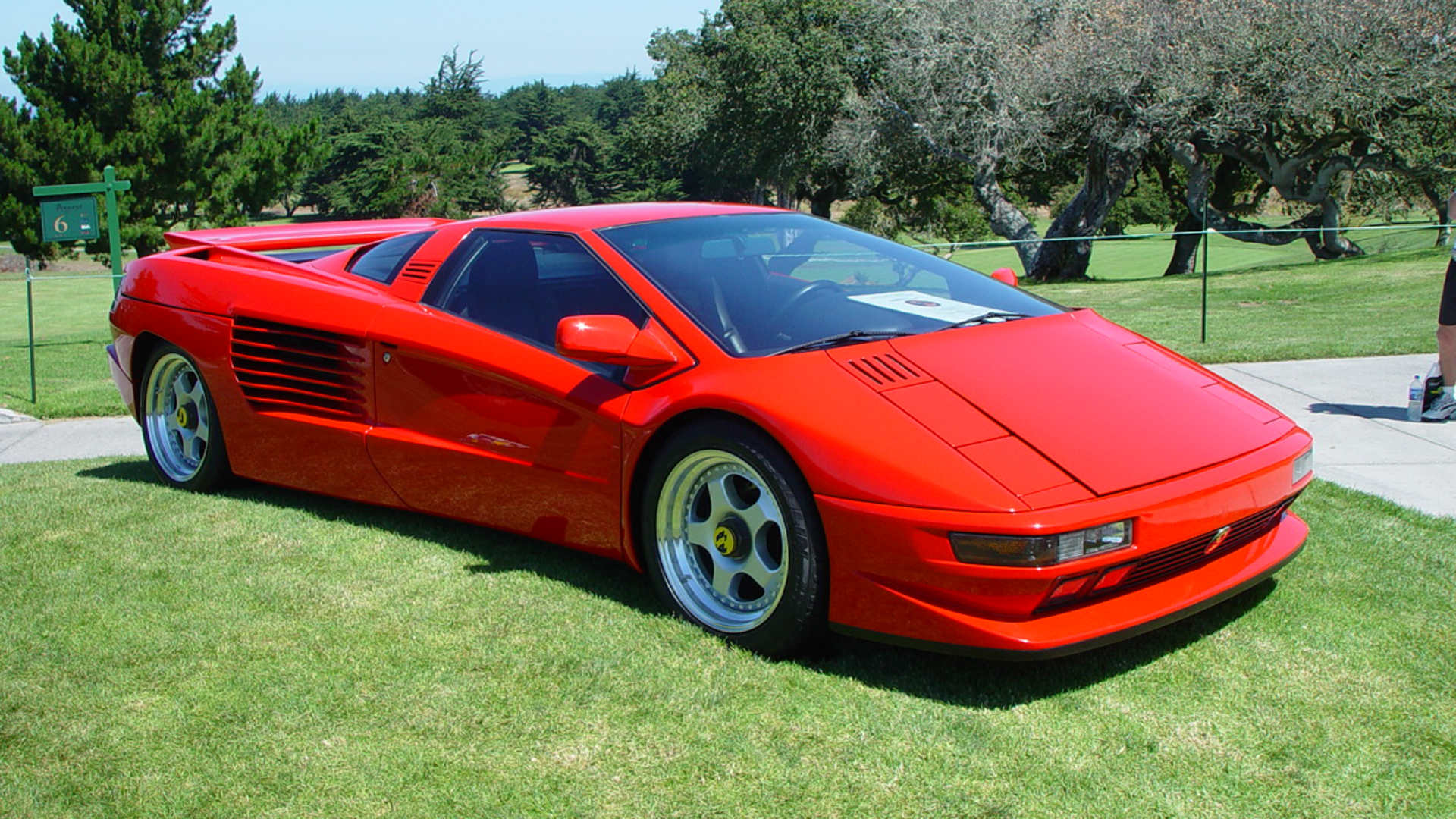 Penned by Marcello Gandini, the Cizeta-Moroder V16T was the Italian designer’s vision for the Lamborghini Diablo. The 6.0-litre V12 supercar was built in Modena by a team of ex-Lamborghini employees, headed up by Claudio Zampolli, Giorgio Moroder and Gandini. There were plans to build 100 cars, but when Moroder walked away from the project, taking his money with him, the project was dead in the water. Just nine Cizetas were built. 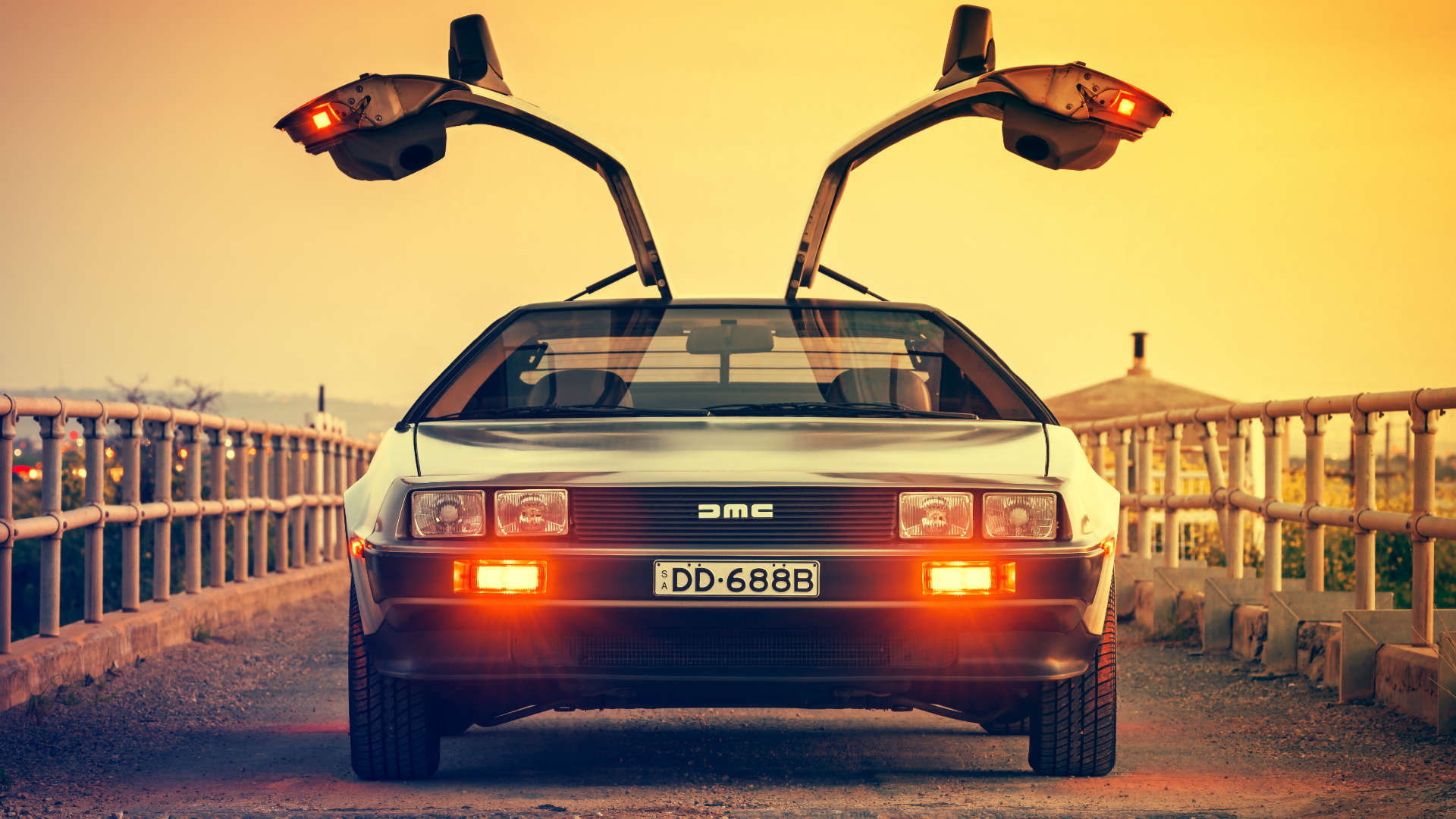 The DeLorean story is one of ambition, politics, scandal and fate. Running the company was former General Motors vice president, John DeLorean, an outspoken and flamboyant individual seemingly out of place in such a conservative organisation. He founded the DeLorean Motor Company (DMC) in 1975, securing millions of pounds in loans, grants and investments. What followed was a catalogue of errors, bad luck and poor decisions, including the arrest of John DeLorean for conspiracy to distribute $24 million of cocaine. The DMC-12 wasn’t as good as it should and could have been, but it shouldn’t shoulder all of the blame for the company’s collapse. 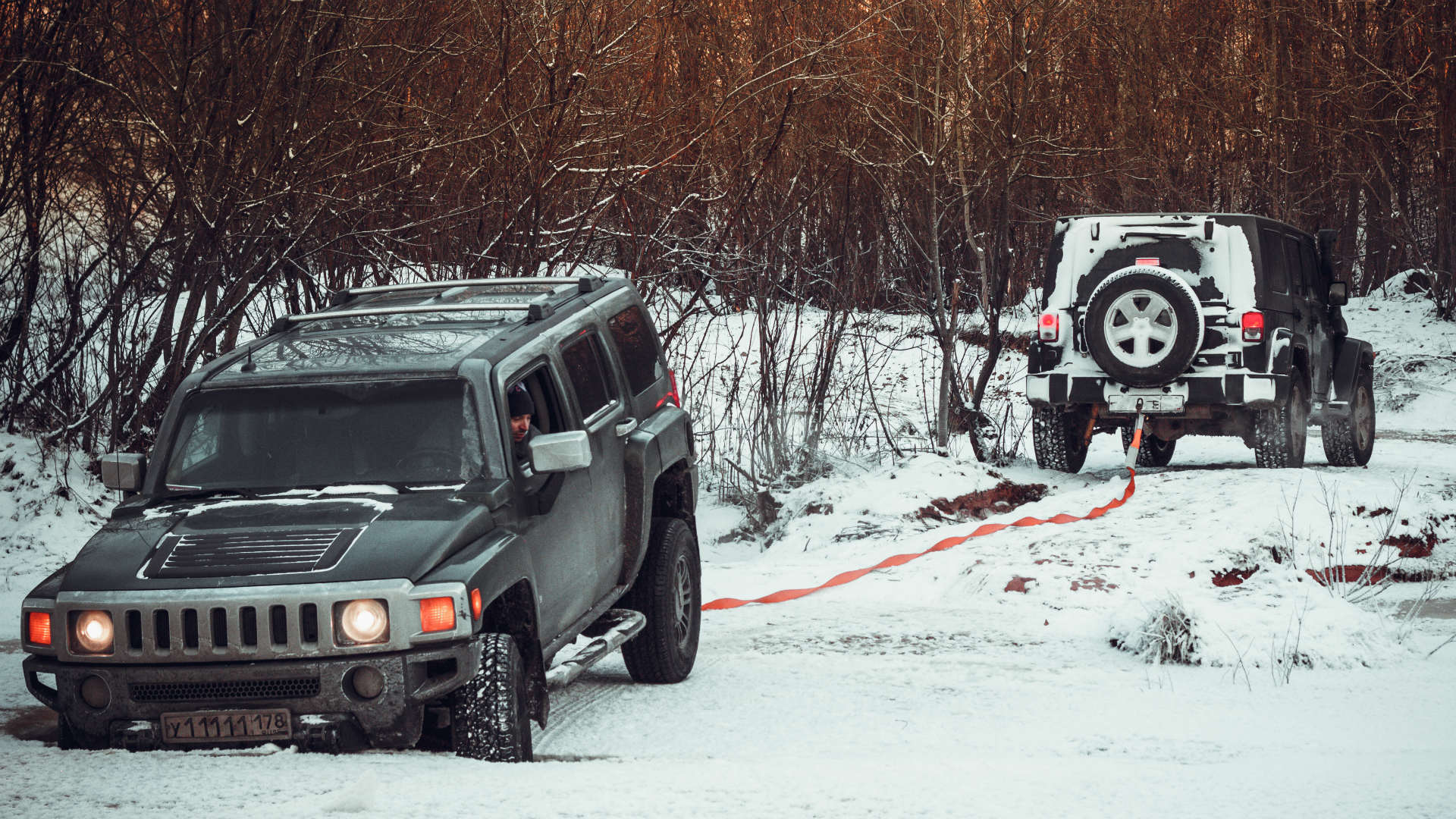 Hummer was another victim of General Motors’ post-bankruptcy restructuring in 2009. GM’s hopes of selling the company to a Chinese company fell through, leaving Hummer to face immediate termination. There was a time when a Hummer was an all-American patriot – a status symbol for flag-waving suburbians. Launched in 2005, the H3 was a smaller, softer and more refined take on the all-action recipe, but it was too thirsty and too slow to take on a growing number of family SUVs. 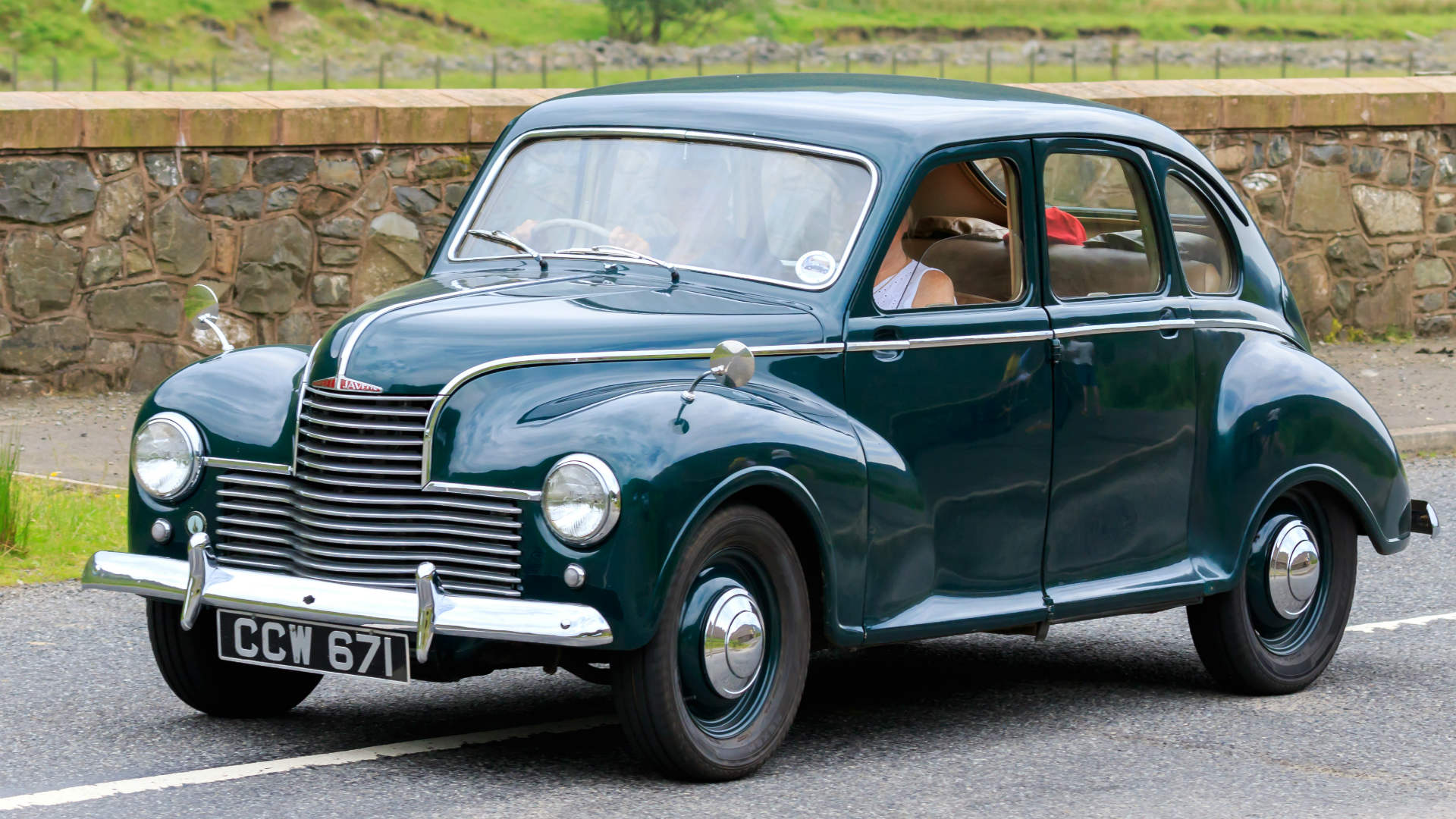 Jowett began producing cars and light commercial vehicles in Bradford in 1906. Forty-one years later, it built one of the most innovative cars of the post-war period, and yet the Javelin is all but forgotten. It was the first British car to boast a curved windscreen, while its aerodynamic body was years ahead of its time. Throw into the mix a tough chassis, fine handling and a vast cabin and you have the makings of a British good enough to take on the world. Unfortunately, inadequate testing led to a series of failures, killing Jowett’s reputation. Sales weren’t strong enough to cover the investment, leading to the company’s closure in 1955. 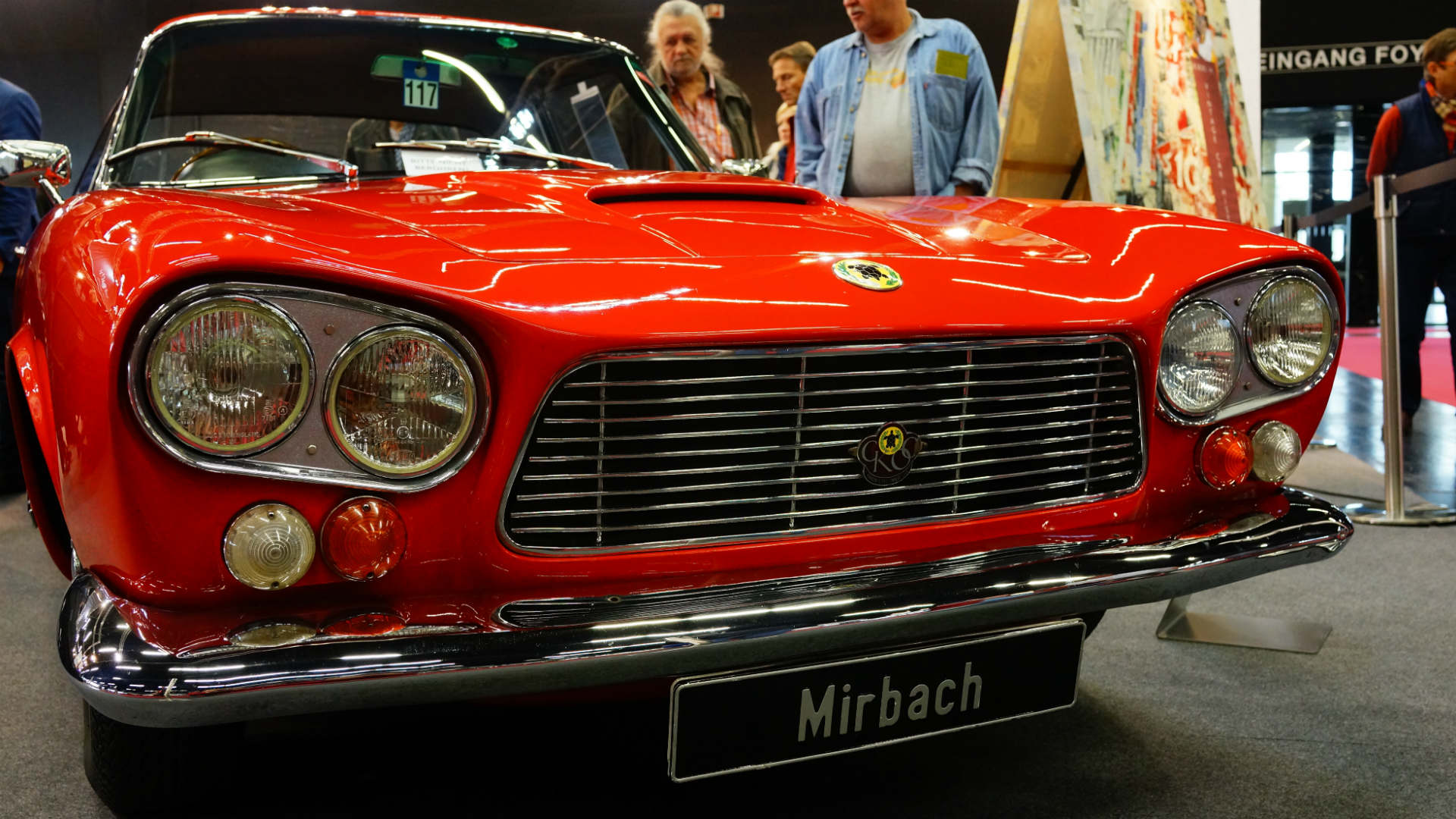 The Gordon-Keeble GK1 was a handsome machine. Penned by Giugiaro, built by Bertone and powered by a Corvette V8 engine – it was backed by a dream team. The cars were built near Southampton in a building famous for the production of the Supermarine Spitfire aircraft. It could have been great, but when production commenced in 1964 – four years after its launch at the Geneva Motor Show – the company struggled with financial difficulties and was liquidated in 1965. 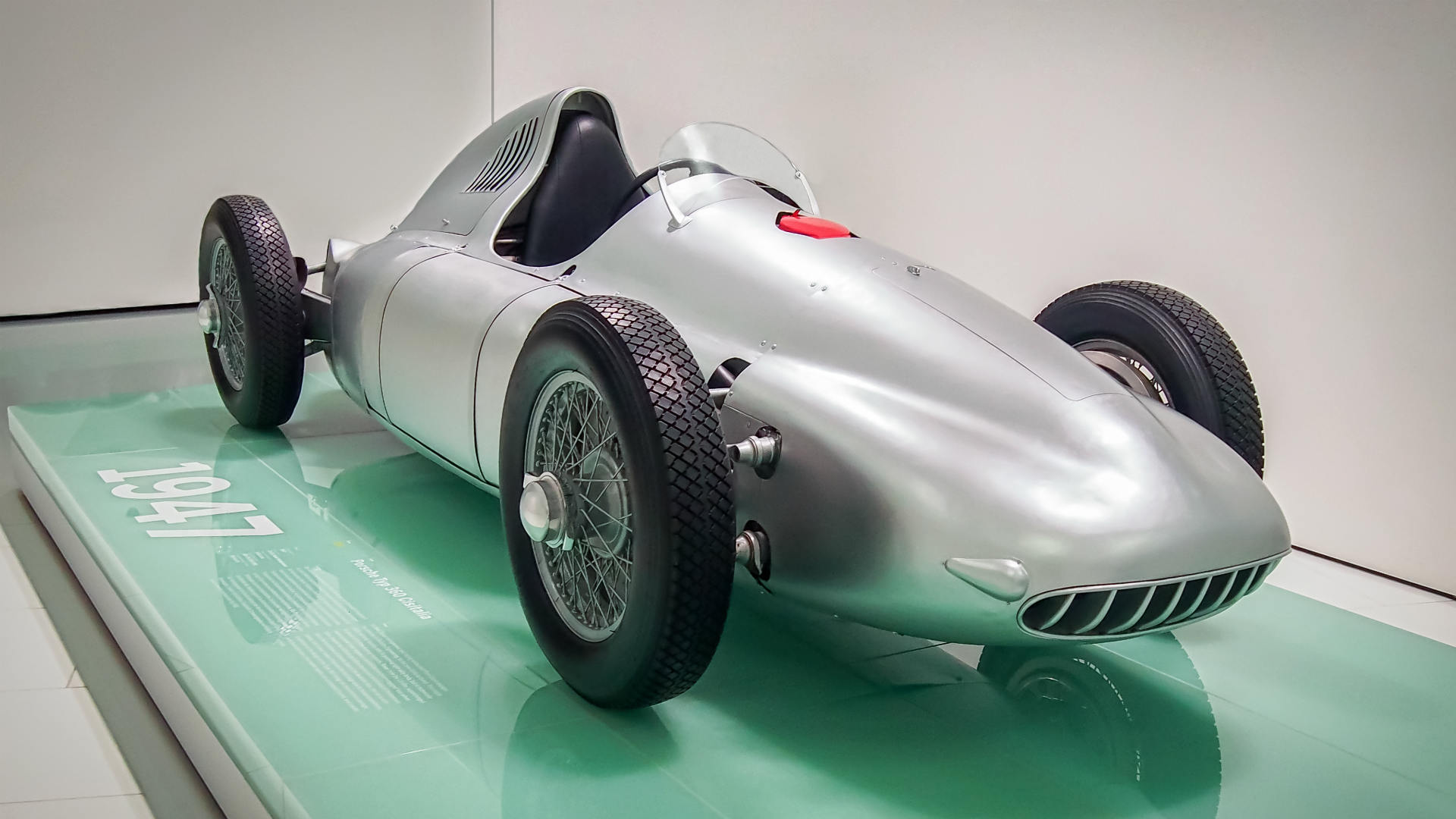 The Cisitalia Grand Prix of 1949 – also known as the Type 360 – was a sports car so far ahead of its time, it proved to be too complex for the company to produce. At its heart was a 1.5-litre flat-12 engine with quad camshafts and two superchargers. Other features included a synchromesh gearbox and selectable four-wheel drive. Although it never raced, an article in Motor Sport Magazine claims that it “might have changed the course of GP history”. Unfortunately, it proved to be the downfall of the company famous for the beautiful 202 Berlinetta. 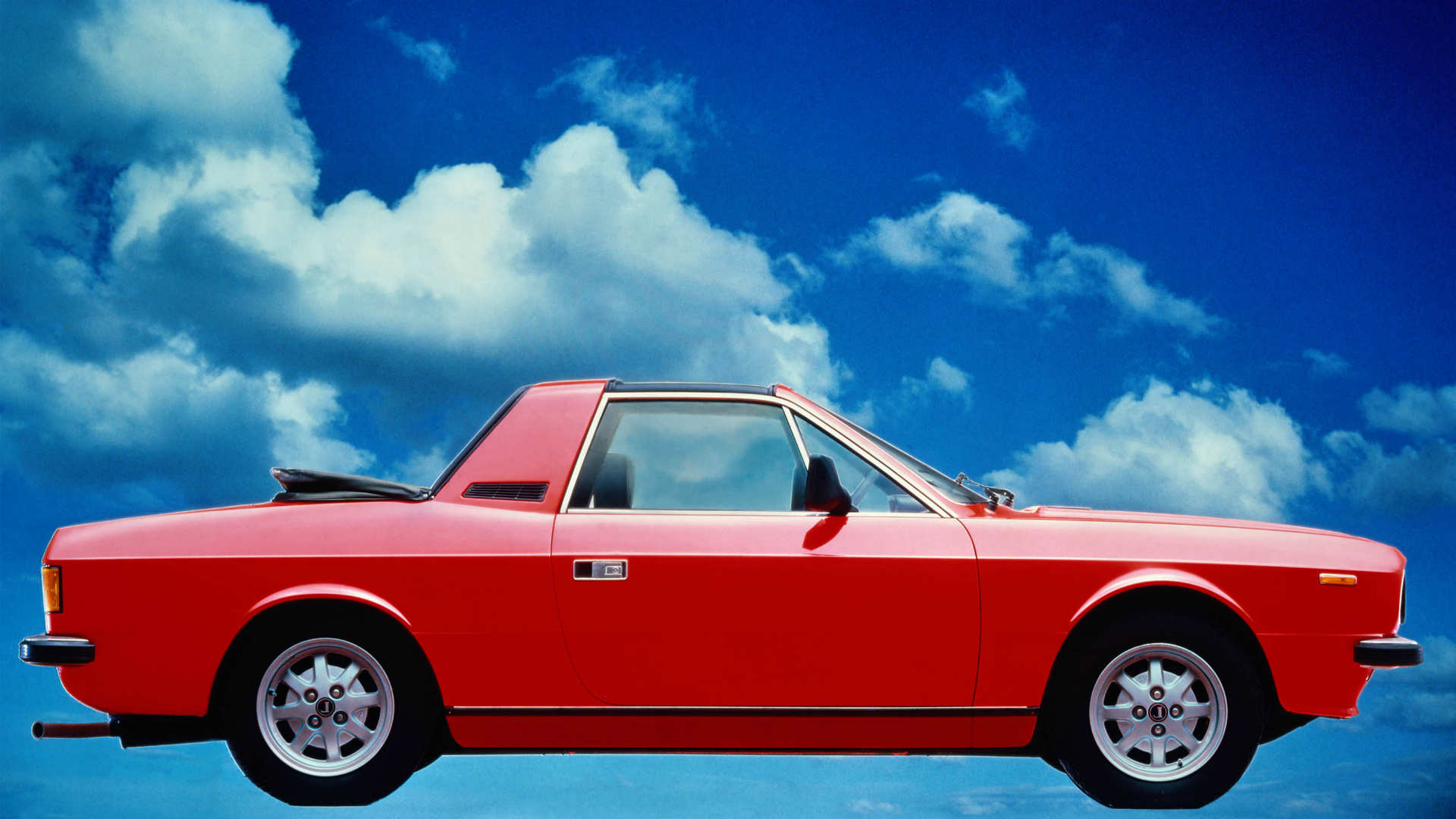 We have the Beta to blame for Lancia’s withdrawal from the UK market. The Italian car company bought back hundreds of Betas and scrapping them because of serious rust issues. It made television news and cost the company a small fortune, but the damage was longer lasting. Lancia’s image was tarnished beyond repair, and the closest we got to its return was a pair of Chrysler-badged hatchbacks. 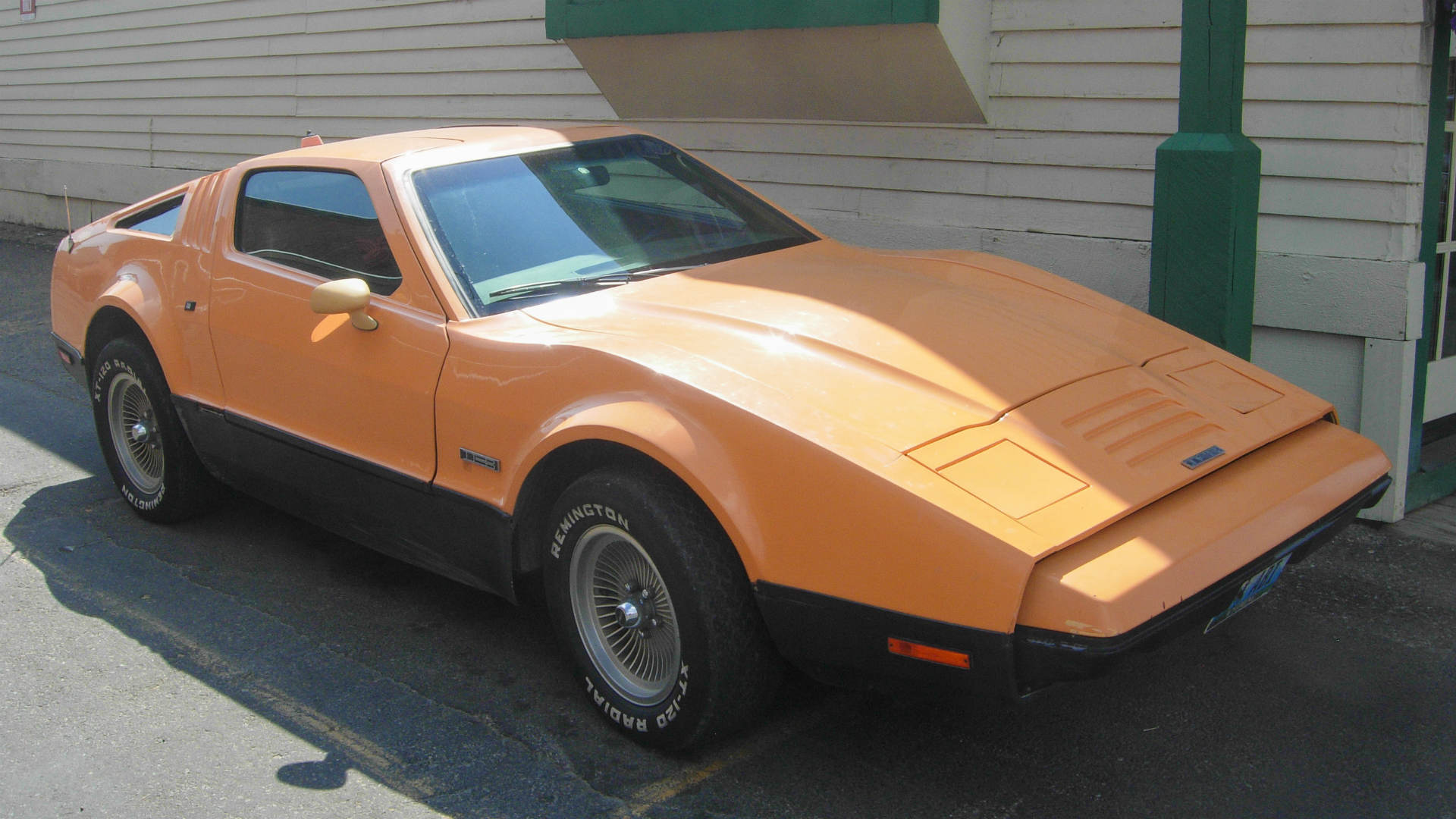 The Bricklin SV-1 and DeLorean DMC-12 have a lot in common. Both feature gullwing doors. Both were the vision of one man. And both were funded by government money in return for the promise of mass employment. The SV-1 (Safety Vehicle One) was the brainchild of Malcolm Bricklin, known in automotive circles for founding Subaru of America. Unfortunately, production costs spiralled out of control and the company couldn’t get close to the planned 1,000 cars per month rate of production. The company fell into receivership in 1976, having received more than $20 million from the New Brunswick government. 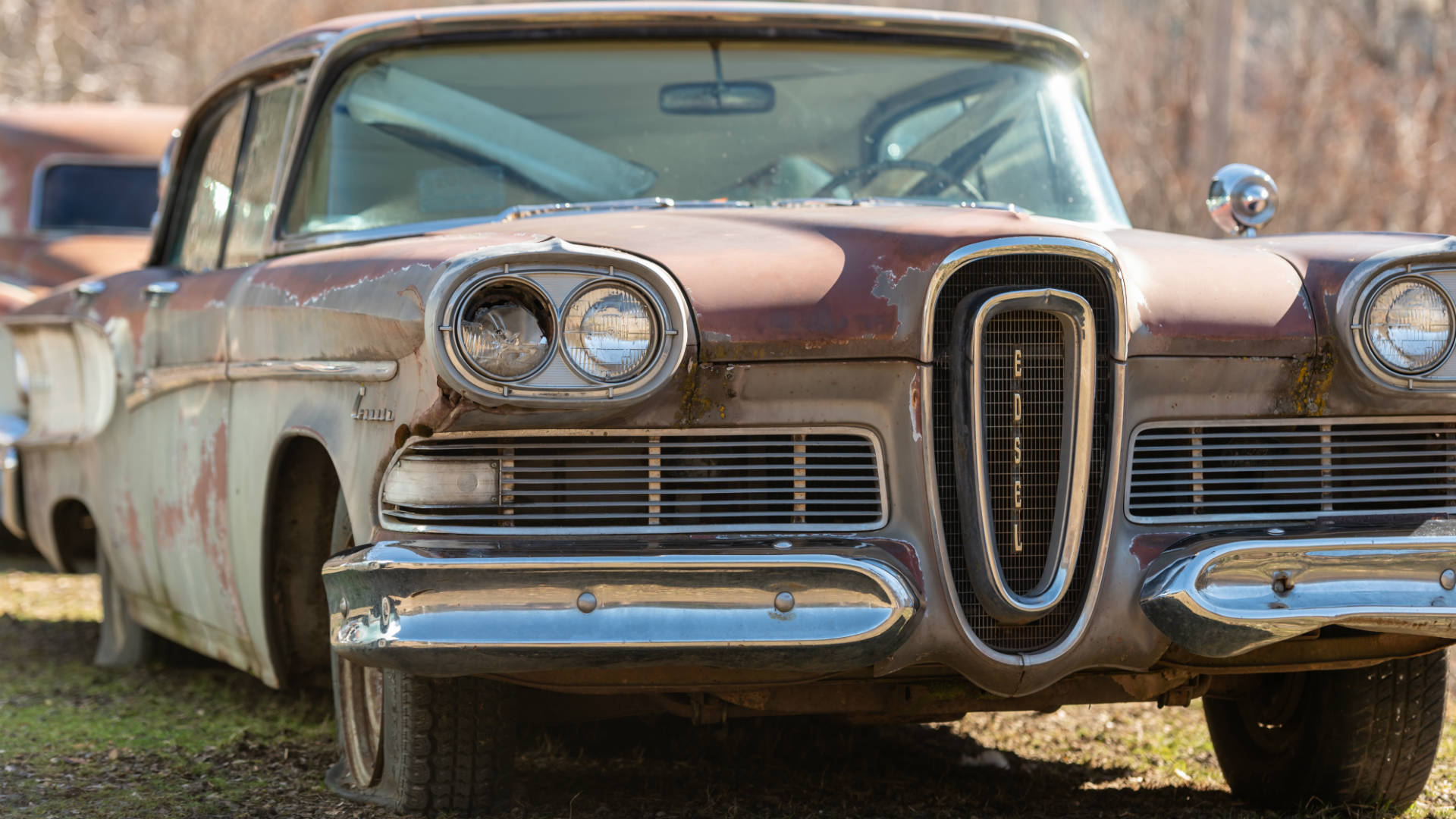 Ford spent $250 million on the Edsel, going to extraordinary lengths to ensure it didn’t fail. The problem is, nobody was really sure what the Edsel was trying to be – a case of too many chefs and not enough direction. It was also beset with quality issues, which resulted in dealer unrest and customer ambivalence. The recession didn’t help, but there’s a sense that the Edsel project was destined to fail. The Edsel project died in November 1959, just three years after it began. 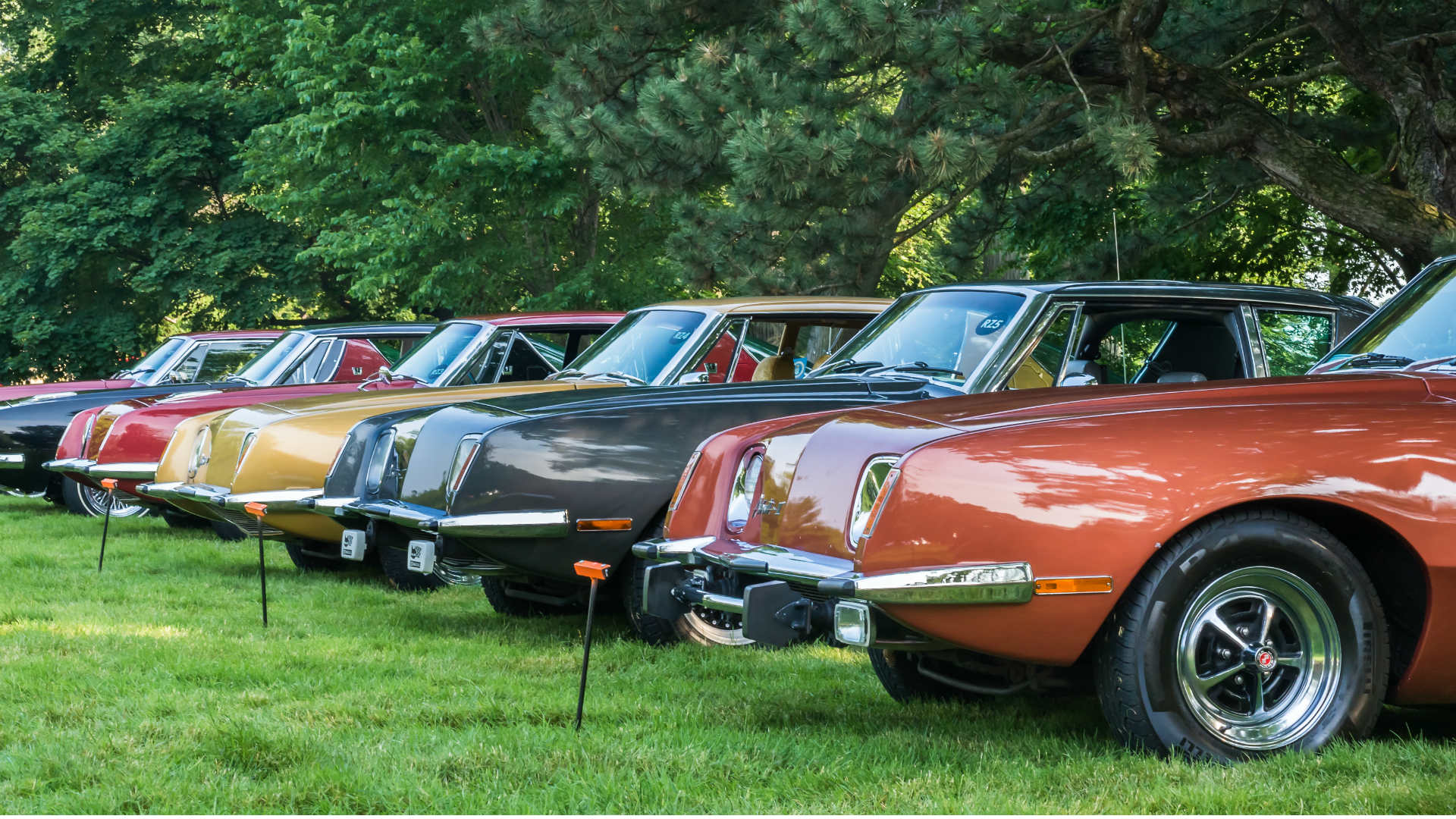 Styled by the flamboyant industrial designer Raymond Loewy, the Studebaker Avanti (Italian for ‘forward’) was one of the most forward-looking cars America has ever produced. In supercharged form it could hit speeds nudging 170mph, while a modified version hit 196mph. It was safe, too: America’s first mass-produced fibreglass four-seat passenger car introduced the world to the likes of a built-in roll cage, padded interior and no front grille. In fairness to the Avanti, Studebaker was in trouble long before it arrived, but production issues only served to accelerate its decline. What a way to go out.

Baby you can drive my car: famous Mini fans in pictures