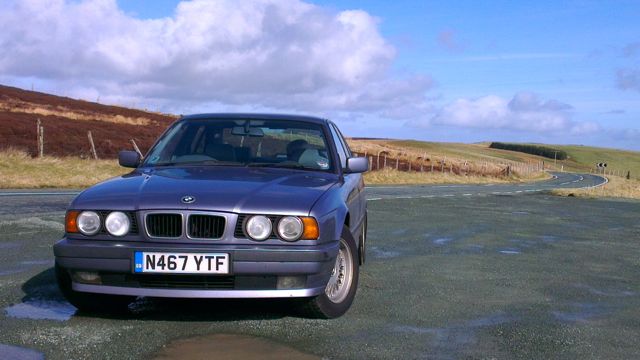 It’s hard to believe it’s only been a couple of weeks since I bought my BMW E34, and complained that I might find it a little difficult to find tyres for.

But in that time I’ve done an impressive job of building up a collection of no fewer than 11 wheels and tyres. And the internet is entirely to blame.

You see, my two rear were tyres are legal but approaching the limit, and as such were flagged up as an advisory on the last MOT. So, when I saw two identical wheels on eBay with reasonable tyres, I made a cheeky offer to the seller and found myself handing over £40 for them the next day.

But then Twitter follower @jonbradbury alerted me to the fact that another tweeter was selling a set of suitable 15-inch alloys with almost new tyres and, as luck would have it, I happen to pass his house on my commute every day. A few tweets later and I was picking up four alloy wheels with tyres for £50. And that explains why my pokey flat with no garage or storage space to speak of now resembles Kwik Fit. 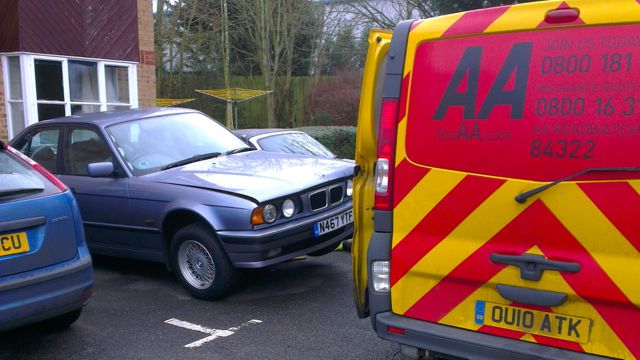 But enough of tyres, what else have I been up to with the E34? Well, I broke it. After realising I had a RWD barge and a surplus of tyres, I did what any 22-year-old boy racer would do and made the most of some recent wet weather to explore the limit of the E34’s handling. By which I mean, I attempted a few burnouts but spun all the power out of one of the rear wheels in typical open diff fashion.

In doing so, I put a little bit of strain on the mollycoddled clutch slave cylinder and it decided not to work anymore, emptying itself of clutch fluid. A very helpful and understanding AA man came out, identified the issue, and went off to find a part. He returned and fitted it, saving me labour rates and costing me £42. I’m happy with that. 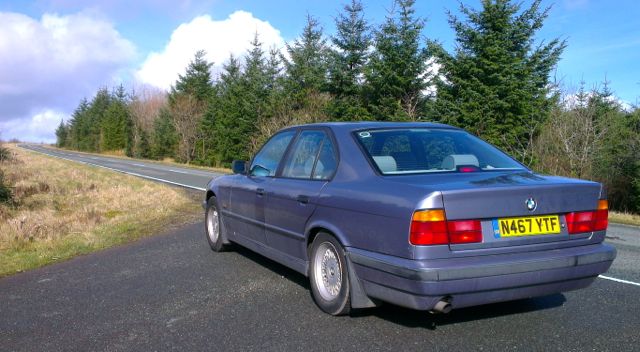 Over the weekend just gone I decided to really test the BMW. I hit the M1 at rush hour on Friday evening, destination: Shropshire, to see my folks and show off my new purchase. Not only did it do it in supreme comfort, it also returned an average of 31.9mpg – not bad as my cruising speeds may have occasionally extended up to a dizzy 71mph, officer.

It also took my parents and I for a tour of North Wales on Saturday. We headed for the coast, via the scenic route (ahem, nice driving roads) – and it was surprisingly fun to chuck around. I expected it to be thoroughly barge like, especially as I’m not totally happy with the steering, but it gripped well and didn’t roll about as much as my dad’s Volvo S60 would do in the same conditions.

In total, around 500 miles were covered over the weekend with no issues what-so-ever. There is, as I write this, an Autoglass man in the car park fitting a new windscreen, but I’ll save that for next time…