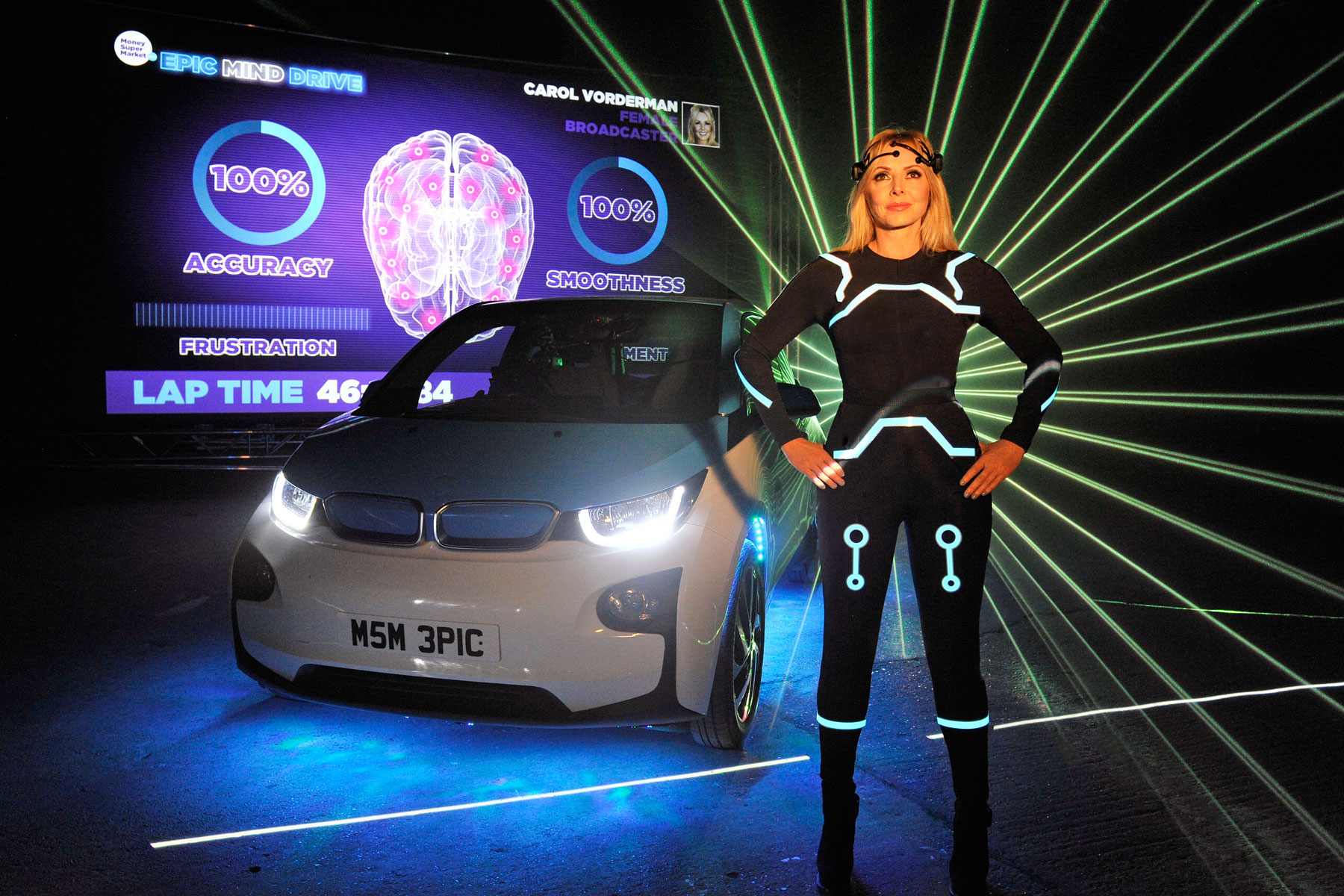 Brainbox Carol Vorderman has revealed an electric BMW i3 that can be controlled entirely through the power of thought.

Created by MoneySuperMarket, the i3 is controlled by an electroencephalogram (EEG) neuro headset, using sophisticated software algorithms to translate raw data into mental commands.

But before users can drive the i3 using nothing but their mind, they need to train the headset. Once the software understands their thought patterns, it can then wirelessly transmit them to the car.

A telematics box inside the car can then measure how well the car is being driven – helping them save money on insurance if the mind-controlled car ever takes to the roads.

MoneySuperMarket digital marketing director, David Harling, said: “Driverless cars are currently being road tested but until they’re an everyday reality, we know it’s as important as ever for motorists to use their heads while driving.”

Watch the mind-controlled BMW i3 in action: