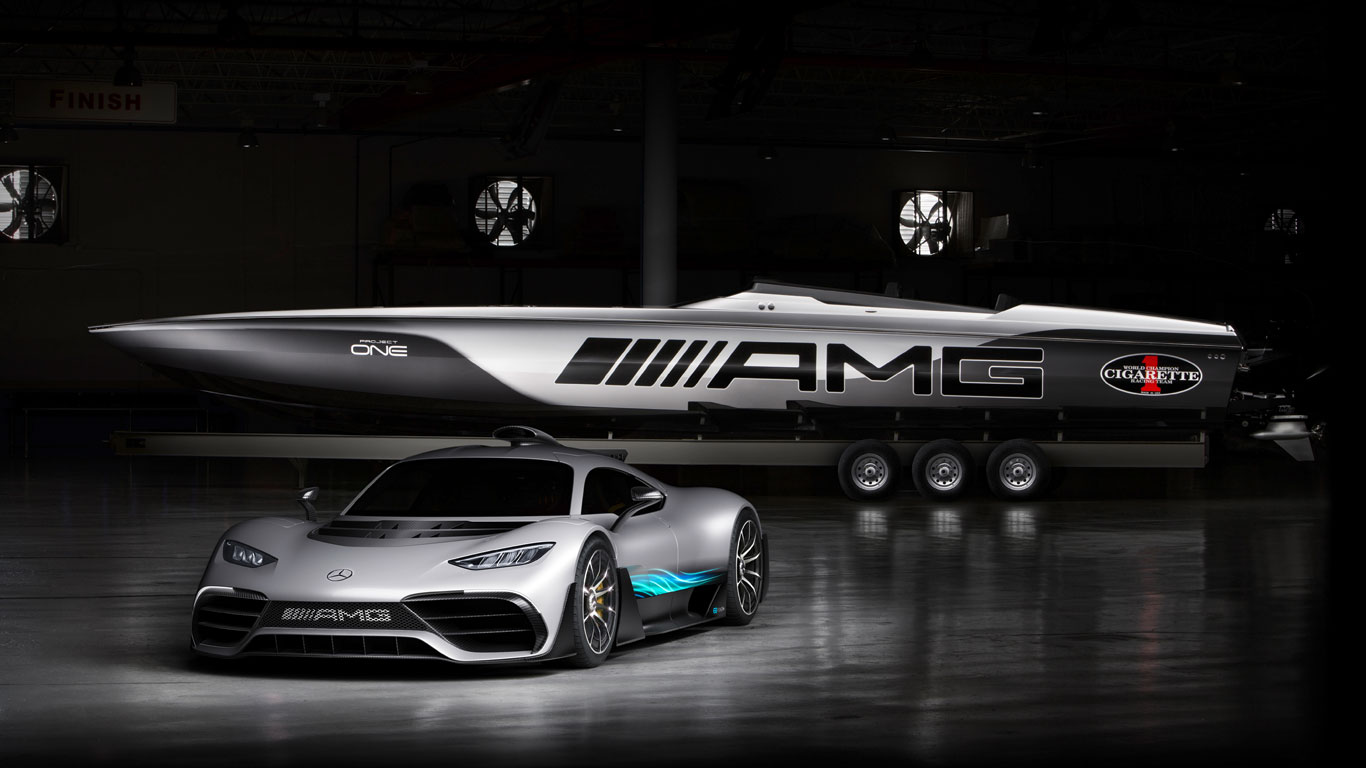 The Mercedes-AMG and Cigarette Racing 515 Project One was unveiled at the 2018 Miami International Boat Show. With this in mind, we’ve taken to the seas to identify 20 boats designed or built by car manufacturers. Up-anchor… 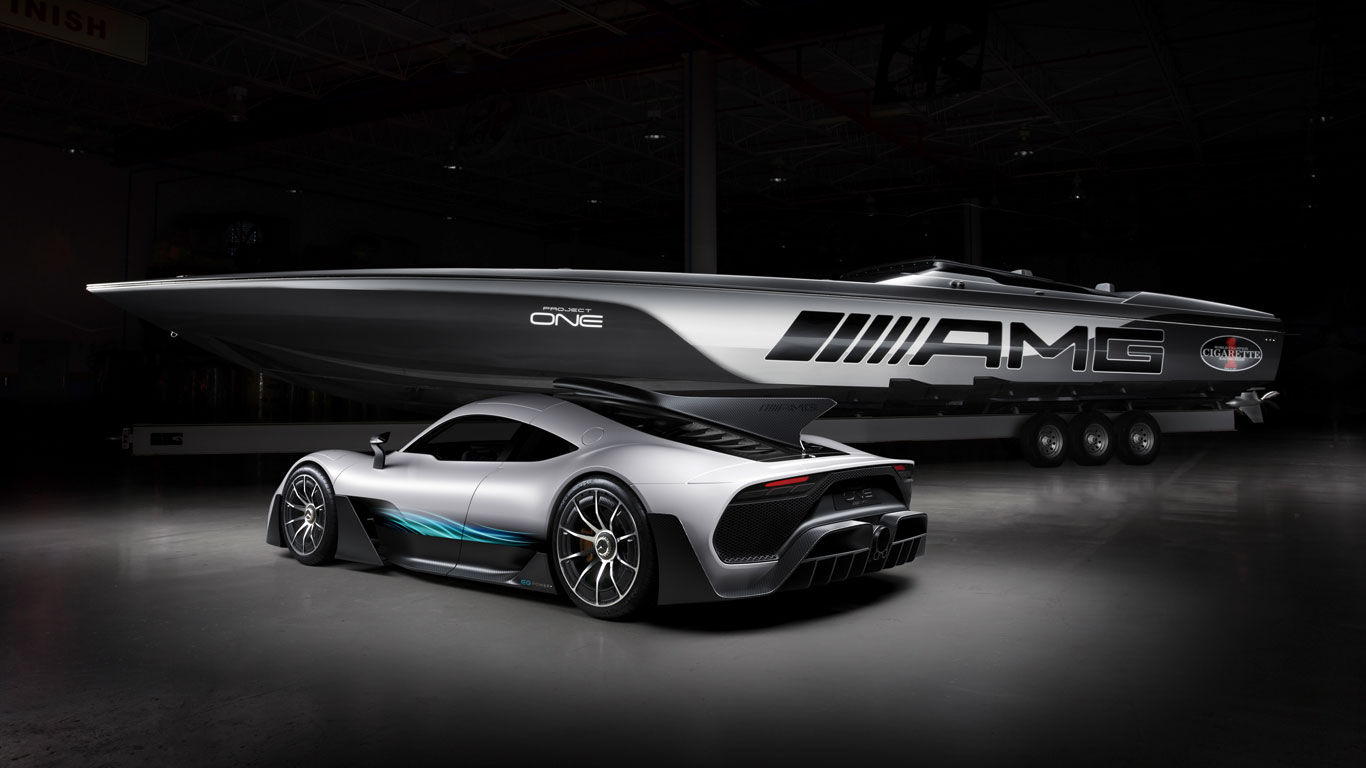 Mercedes-AMG and Cigarette Racing have been working together since 2007, with the boats getting more outlandish with every passing year. The Cigarette Racing 515 Project One is the ninth special edition and is inspired by the forthcoming Mercedes-AMG Project One. As such, this is a performance boat boasting F1 technology, with this latest creation able to hit speeds of 140mph. “By directly translating Formula 1 technology from the track to the street, the Mercedes-AMG Project One is our most ambitious and awe-inspiring vehicle yet. It is incredible to see our vision reimagined for the water in such an impressive and highly compelling form,” said Tobias Moers of Mercedes-AMG. 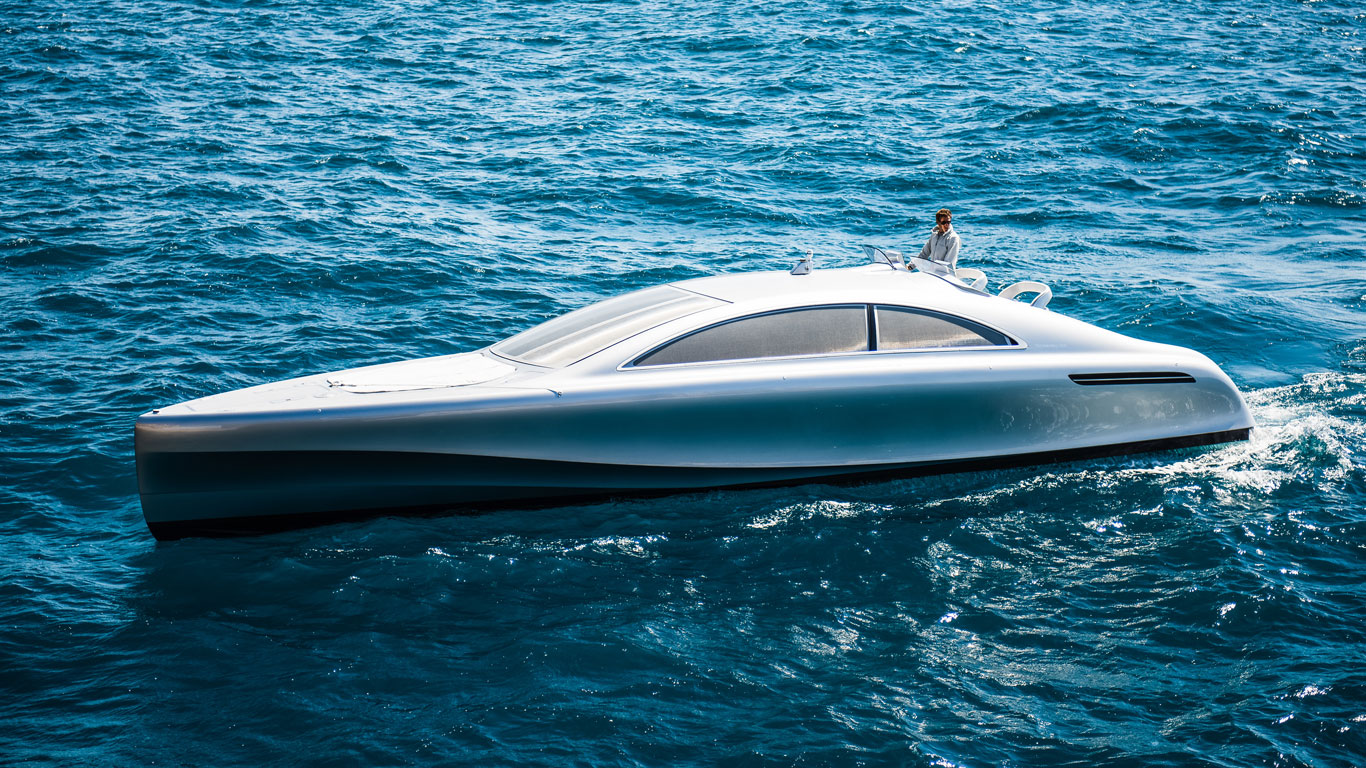 We could feature the other eight boats created in partnership with Cigarette Racing, but we’ll shift our focus to the Mercedes-Benz Arrow460-Granturismo. Thanks to its 960hp output, the 14-metre long boat is known as the “Silver Arrows of the Seas”, and can accommodate 10 people. There’s evidently no escape from the crossover word, with Mercedes-Benz saying its “crossover design offers the ultimate in variability, resulting in a boat that is equally suitable for day trips and overnight stays on board.” 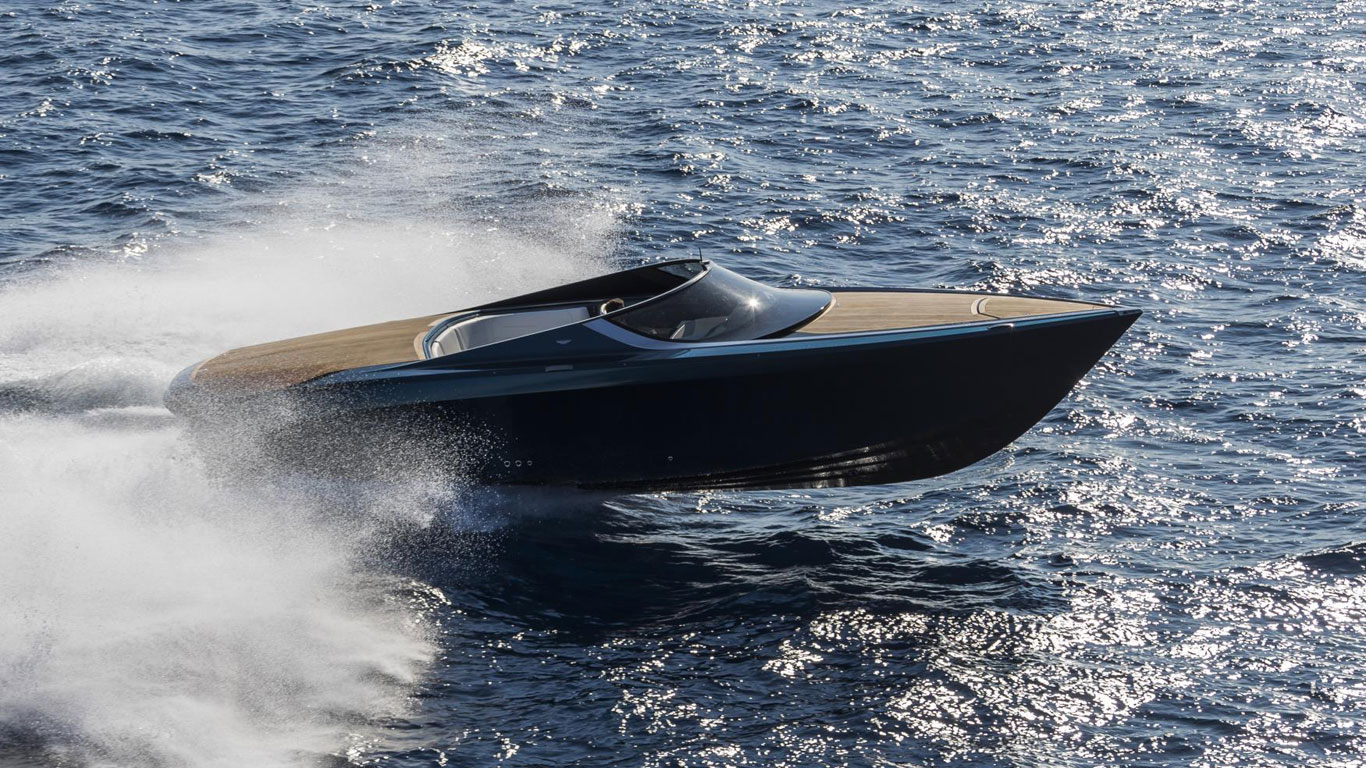 If 007 owned a boat… The Aston Martin AM37 made its debut at the 2016 Monaco Yacht Show before the first 50-knot speedster was delivered last summer. Appropriately, the owner turned to Aston’s Bond-sounding Q division for bespoke customisation, with a blue and cream interior designed to complement the Mako blue hull finish. The £1.3 million powerboat was handcrafted by Quintessence Yachts in the UK and will be berthed in Miami. 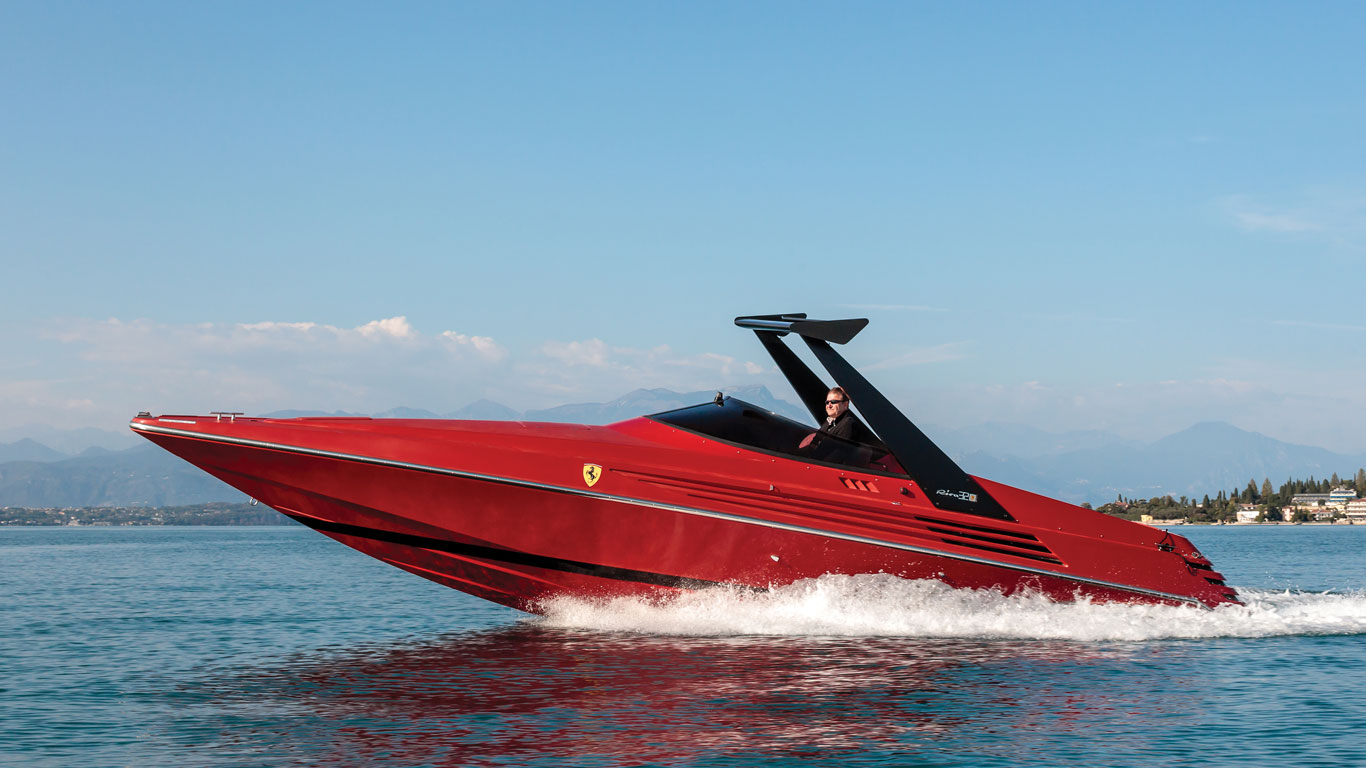 The Riva Ferrari 32: even the name sounds exotic. It was the brainchild of Riva chairman Gino Gervasoni and Enzo Ferrari, with the number 32 representing its length in feet. Power is sourced from two 390hp V8 engines, allowing the Ferrari of the seas to reach speeds of up to 62mph. If the Prancing Horse isn’t enough of a nod to Ferrari, the Riva also features Testarossa-style air intakes on the side. This is number 28 of 40, which sold for $69,000 (£50,000) at an RM Sotheby’s auction in January 2018. 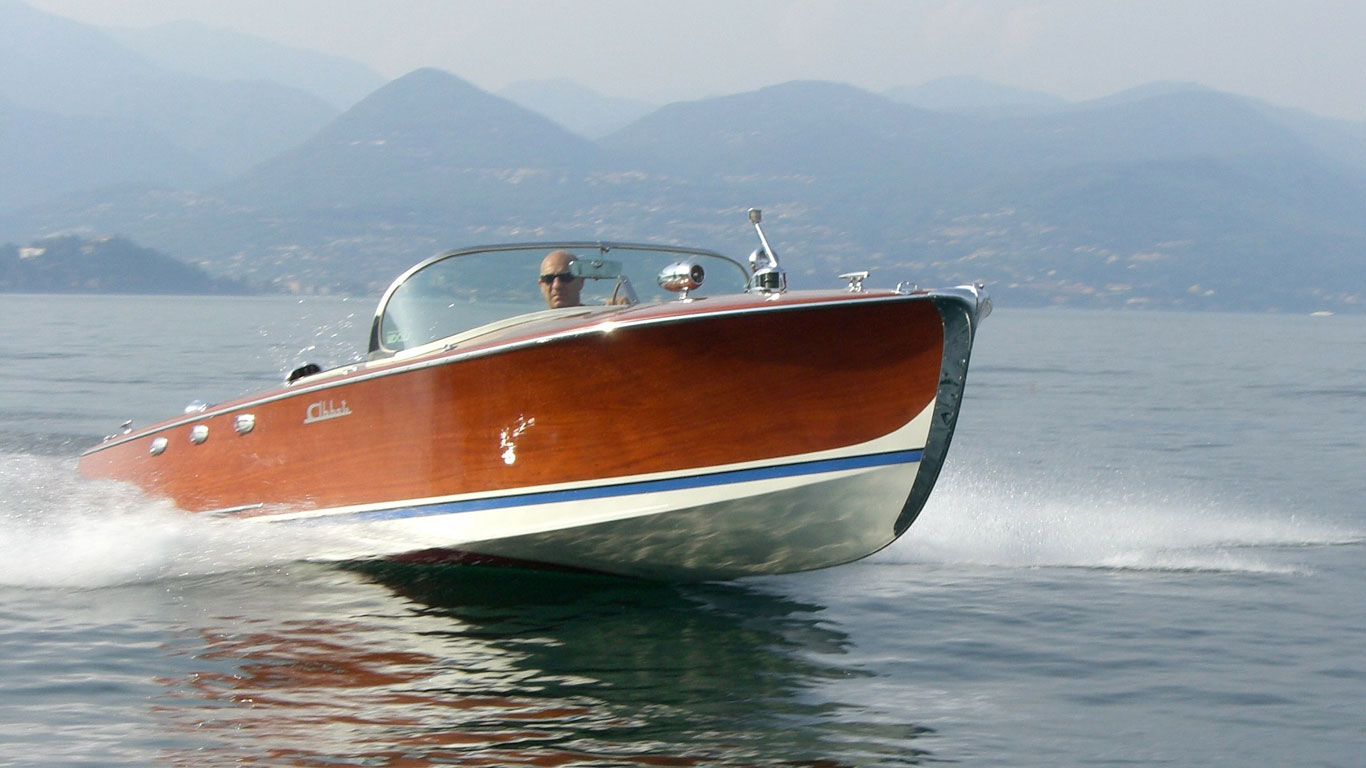 The Frankfurt-based semi-pro racing driver, Helm Gloeckler, ran a major BMW dealer in the city and was instrumental in delivering a 507 to Elvis Presley, who was stationed at a nearby army base. Gloeckler was convinced that the 507’s all-aluminium V8 engine would be a great match for an elegant mahogany runabout of Italian provenance. To this end, he turned to Giulio Abbate, a member of one of Italy’s most famous boat-building families, and this Sportsboat was the result. This ex-Helm Gloeckler example sold for £133,339 at a Bonhams auction in October 2011. 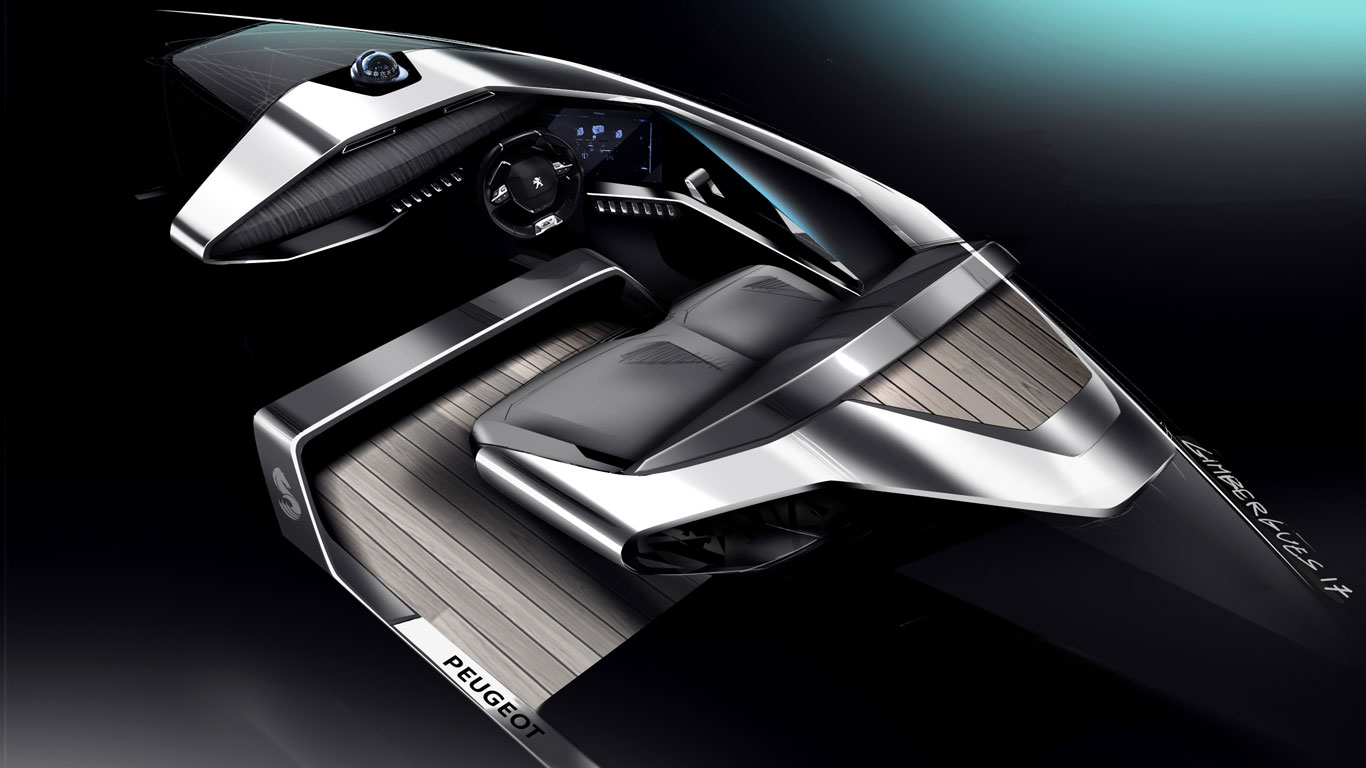 Not a boat as such, but Peugeot’s Sea Drive Concept demonstrates how its i-Cockpit can be used for a range of applications beyond the car. Created in partnership with Beneteau, the functional demonstrator includes a 17-inch touchscreen display displaying Beneteau’s connected Ship Control interface a folding panel displaying the main navigational information, and a choice of materials based on Peugeot’s GT trim level. 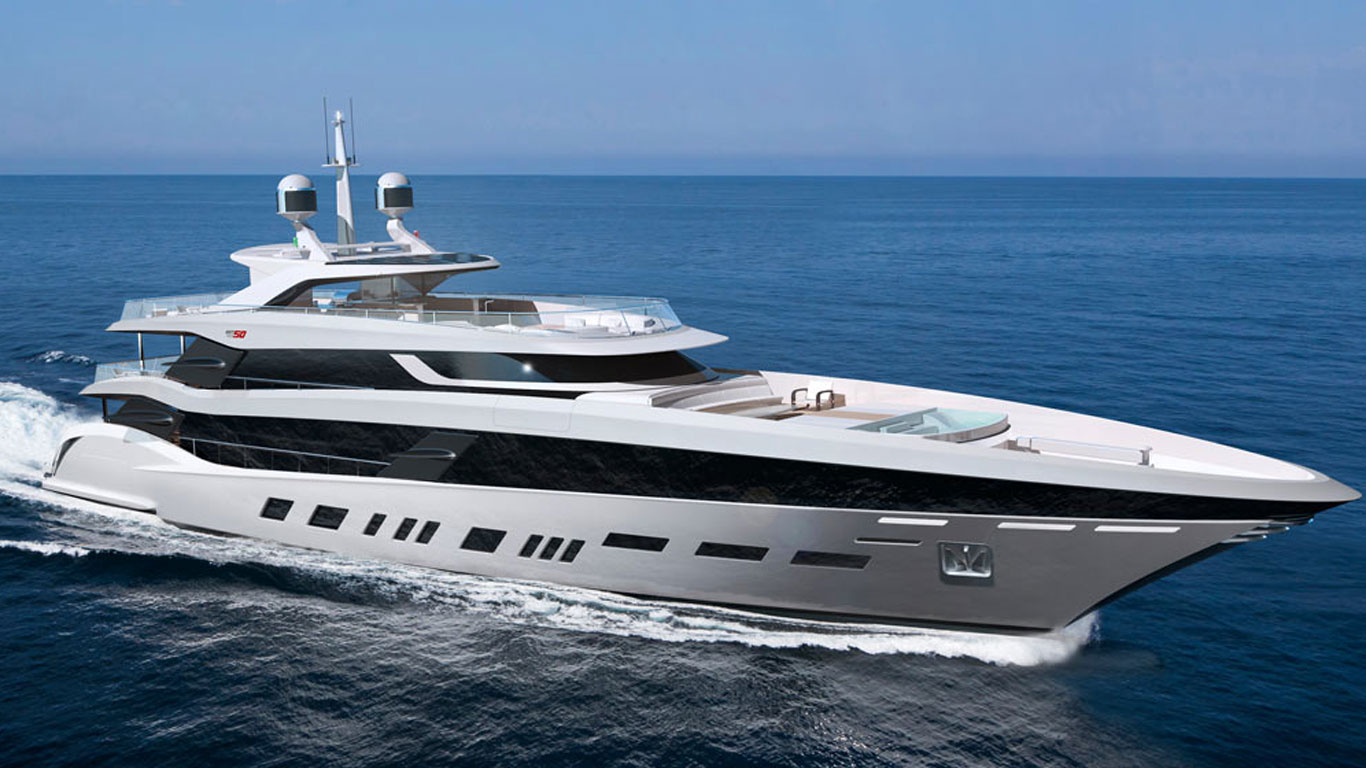 Henrik Fisker is responsible for the design of some of the world’s most iconic cars, including the BMW Z8, Aston Martin DB9, Aston Martin V8 Vantage and, of course, the Fisker Karma. In 2015, Fisker and boat-builder Benetti began working on a collaboration to engineer the feasibility of a production-optimised superyacht. The result is the Benetti Fisker 50 concept: a 164-feet luxury yacht that is said to be “ready to build.” The California-designed superyacht will be built in Livorno using an existing Benetti platform. 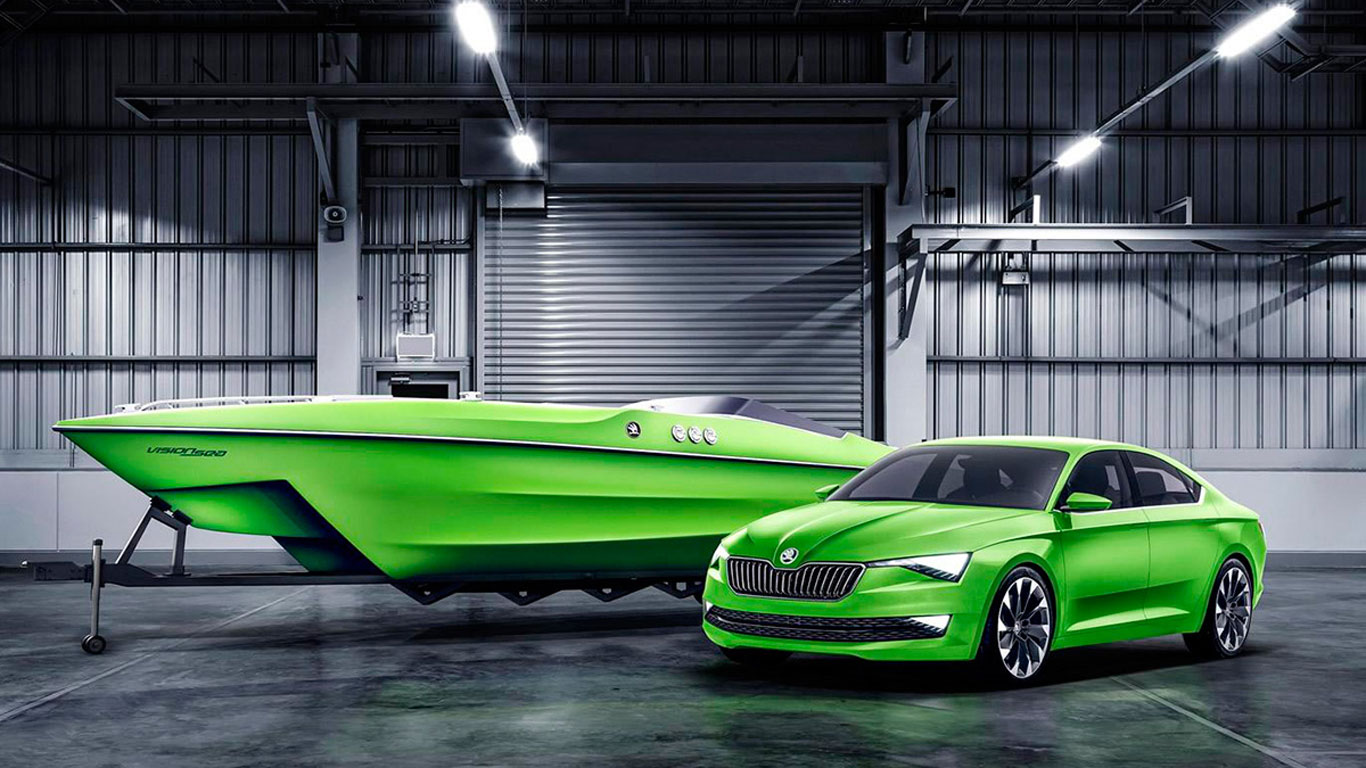 Unveiled in 2015, the Skoda VisionSea is a “razor-sharp, 10-metre long water bullet, setting new standards in the speedboat segment with its expressively dynamic form, precision and appearance.” Or is it? The clue is in the date of the press release: 01 April 2015. April Fools’ Day… 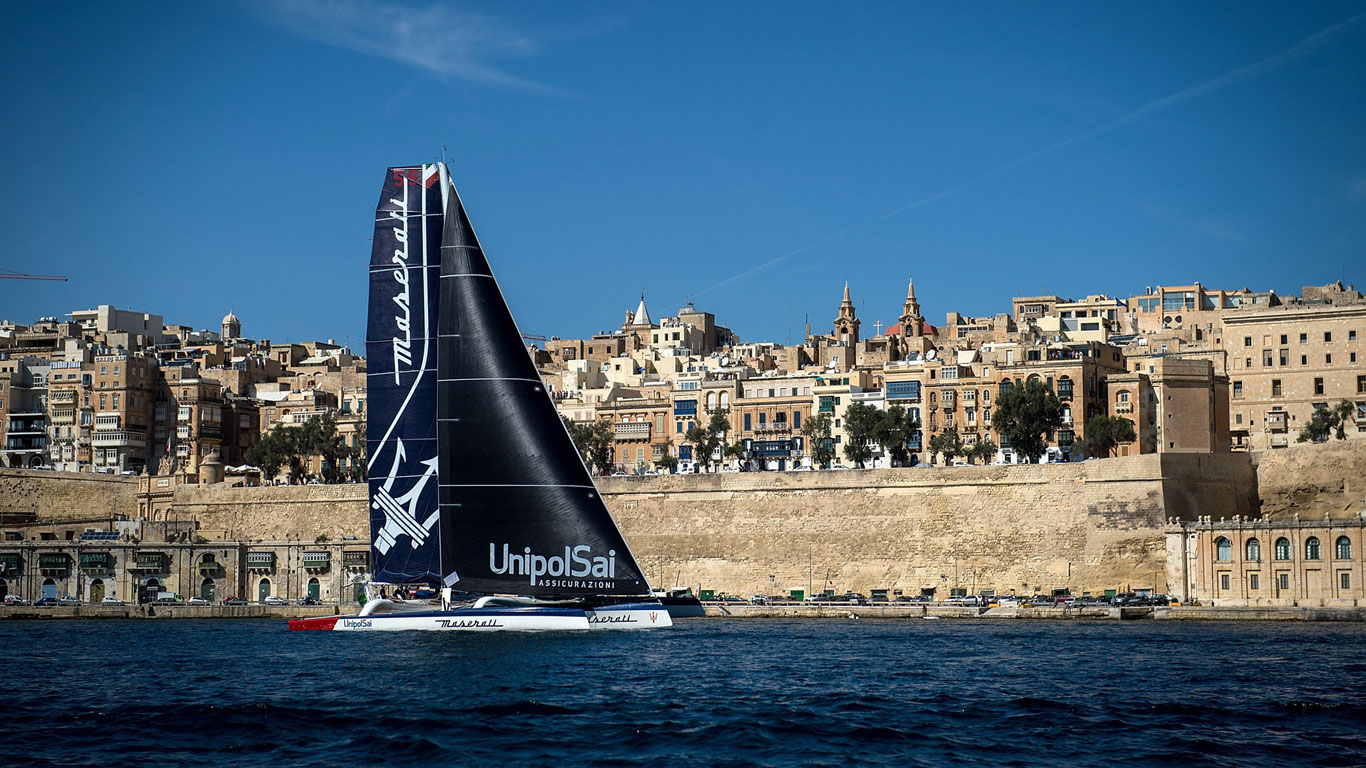 Measuring 21.2 metres in length and 16.8 in the beam, the Maserati Multi70 sports a 29-metre rotating wing mast and was designed by Van Peteghem Lauriot-Prévost, a former member of the Team Gitana racing stable. In February 2018, the Multi70 set a new Hong Kong-London sailing record, when it completed the Tea Route challenge in 36 days, 2 hours and 37 minutes. 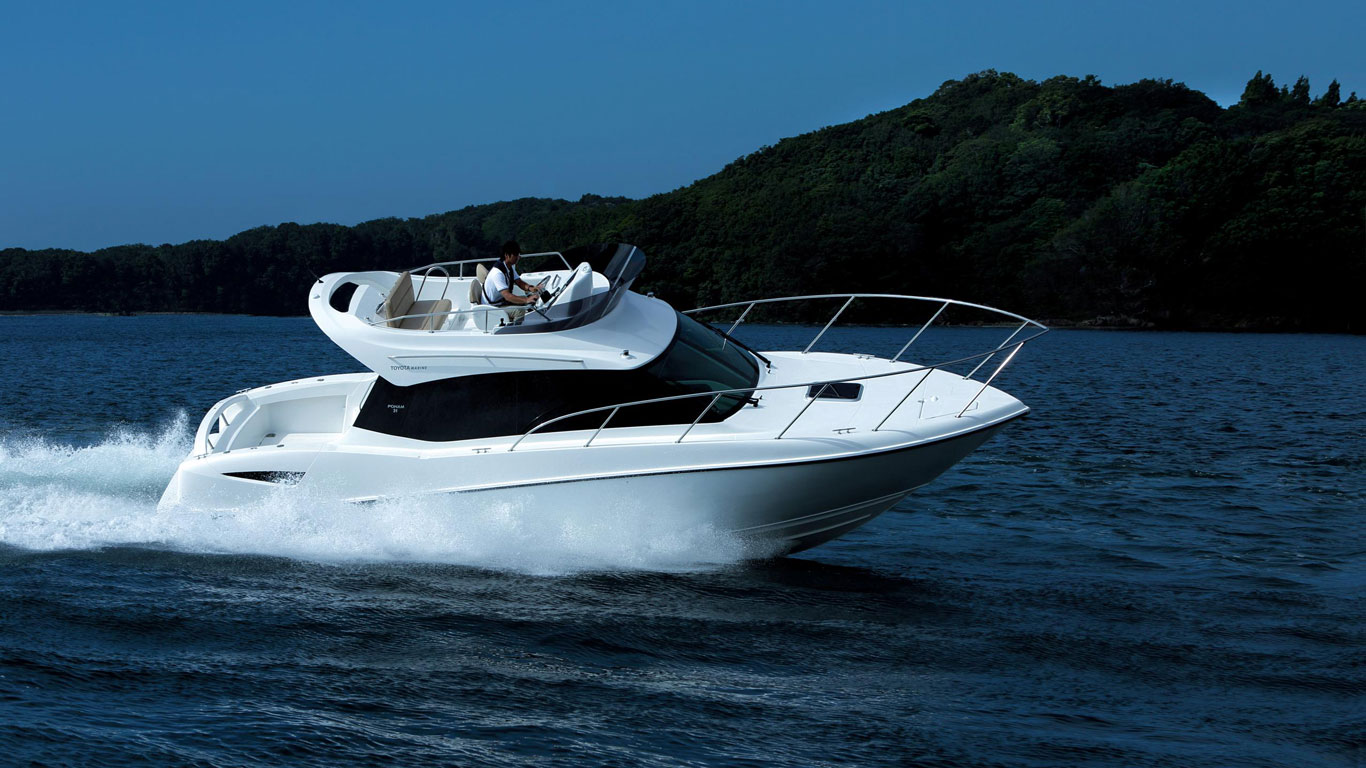 The Toyota Ponam-31 is powered by two 3.0-litre diesel engines from the Land Cruiser Prado, with a hull made using high-strength aluminium alloy. Toyota entered the marine sector in 1997 with the Ponam-28 and says the name is derived from the Maori name for New Zealand’s South Island: Te Waipounamu. 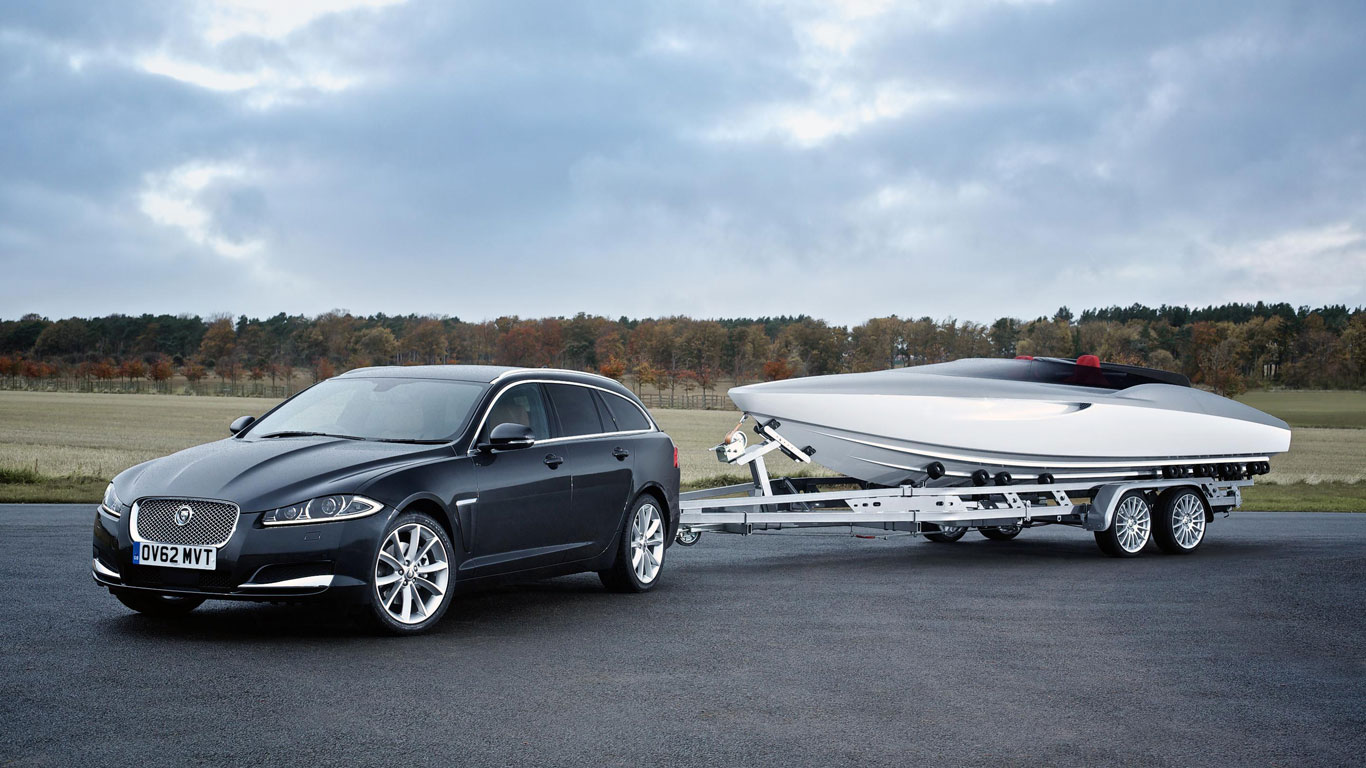 Jaguar unveiled the Concept Speedboat to demonstrate the flexibility of the XF Sportbrake. Director of design, Ian Callum, said: “We recognise that both our existing and future customers enjoy diverse and active lifestyles. With the launch of the new Jaguar XF Sportbrake, we had an opportunity to create a vision of how our design philosophy might be applied to an alternative product, in which speed and beauty are also priorities.” Sadly, Jaguar has no plans to build a boat of any kind. 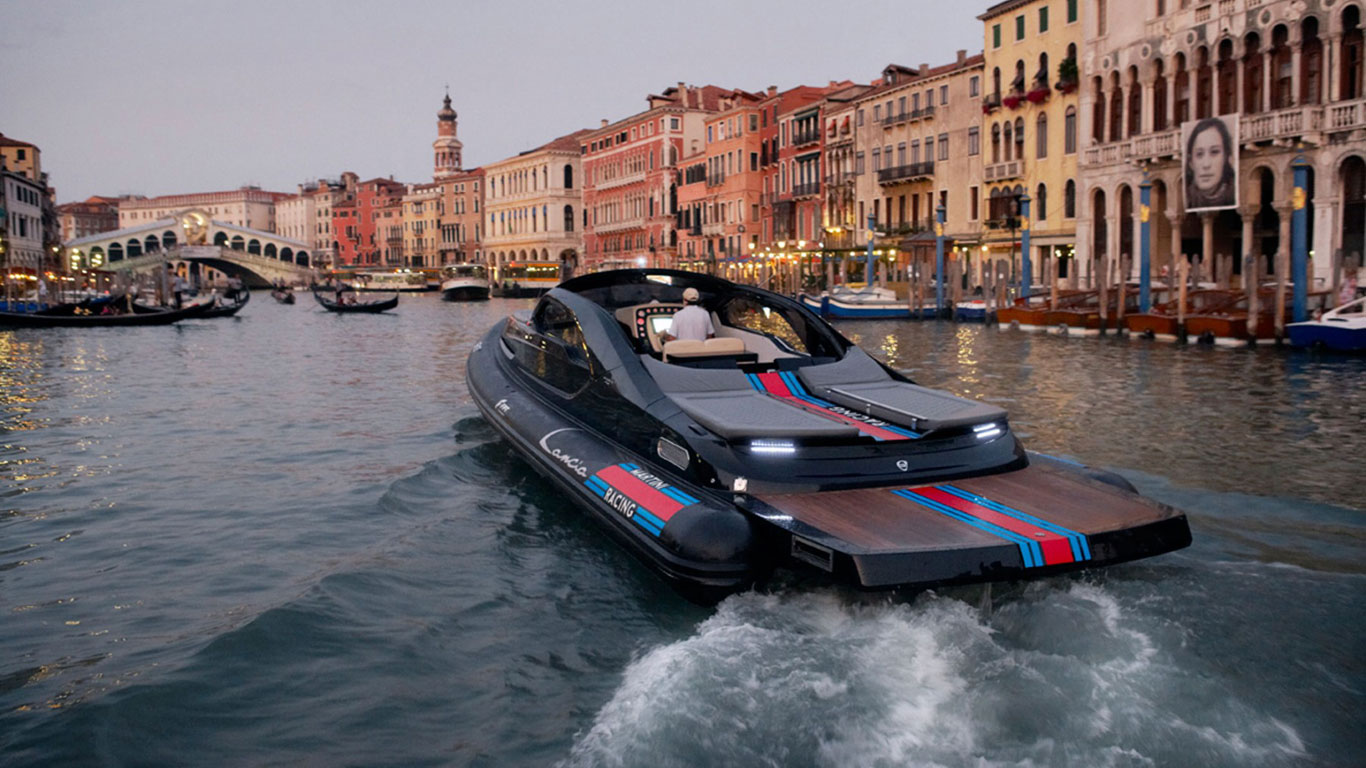 The Lancia di Lancia was the second collaboration between Italian shipyard SACS and Fiat and followed the Powershore Abarth SP. With two 6.7-litre, 24-valve turbodiesel engines, the Rigid Inflatable Boat (RIB) delivers a massive 1,120hp, making it the most powerful Lancia ever built. 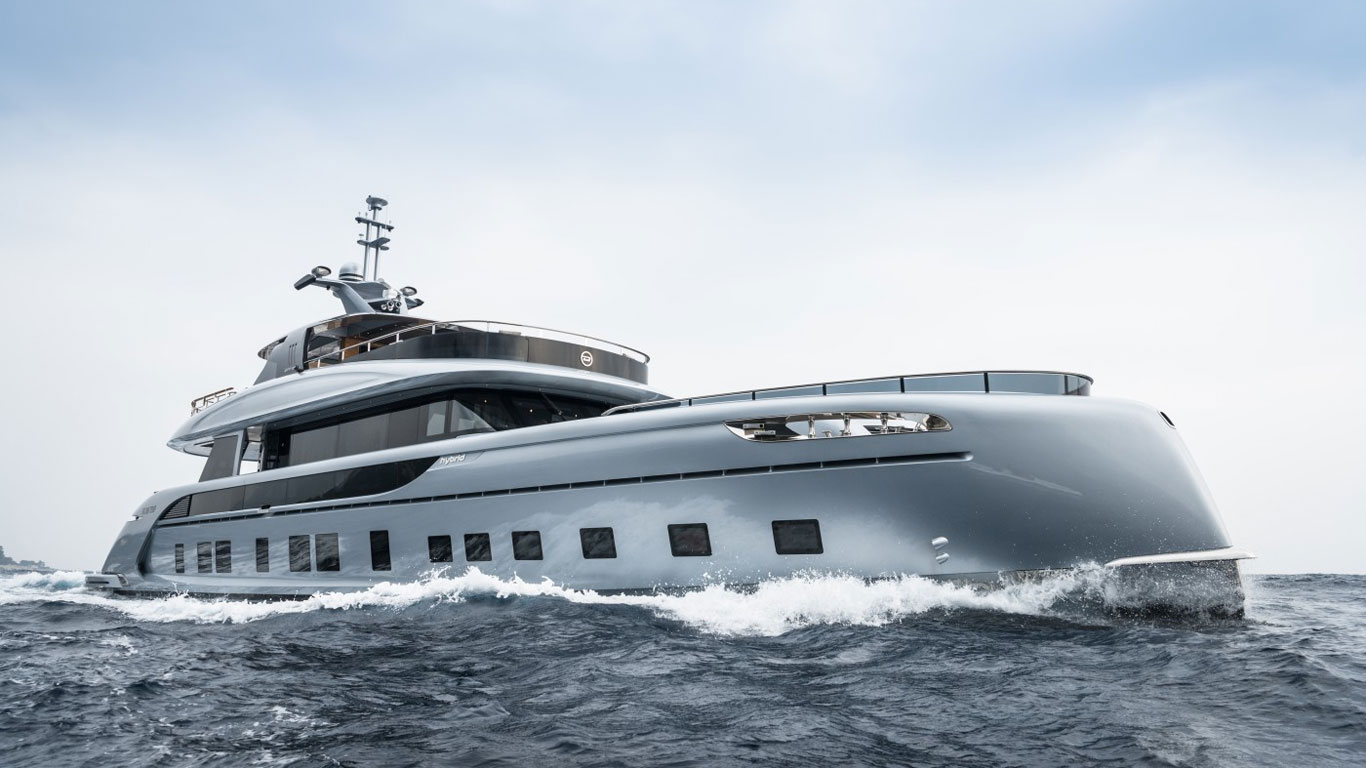 With prices starting at €12.5 million (£11.1 million), you’d expect something special from your superyacht. To this end, Dynamiq turned to Studio Porsche to create the first superyacht with Porsche DNA. Highlights include the Targa-style mullions and transom in line with the Mission E concept, while the colours are lifted from the Porsche catalogue. Power is sourced from a pair of 1,650hp MAN V12 diesel engines. 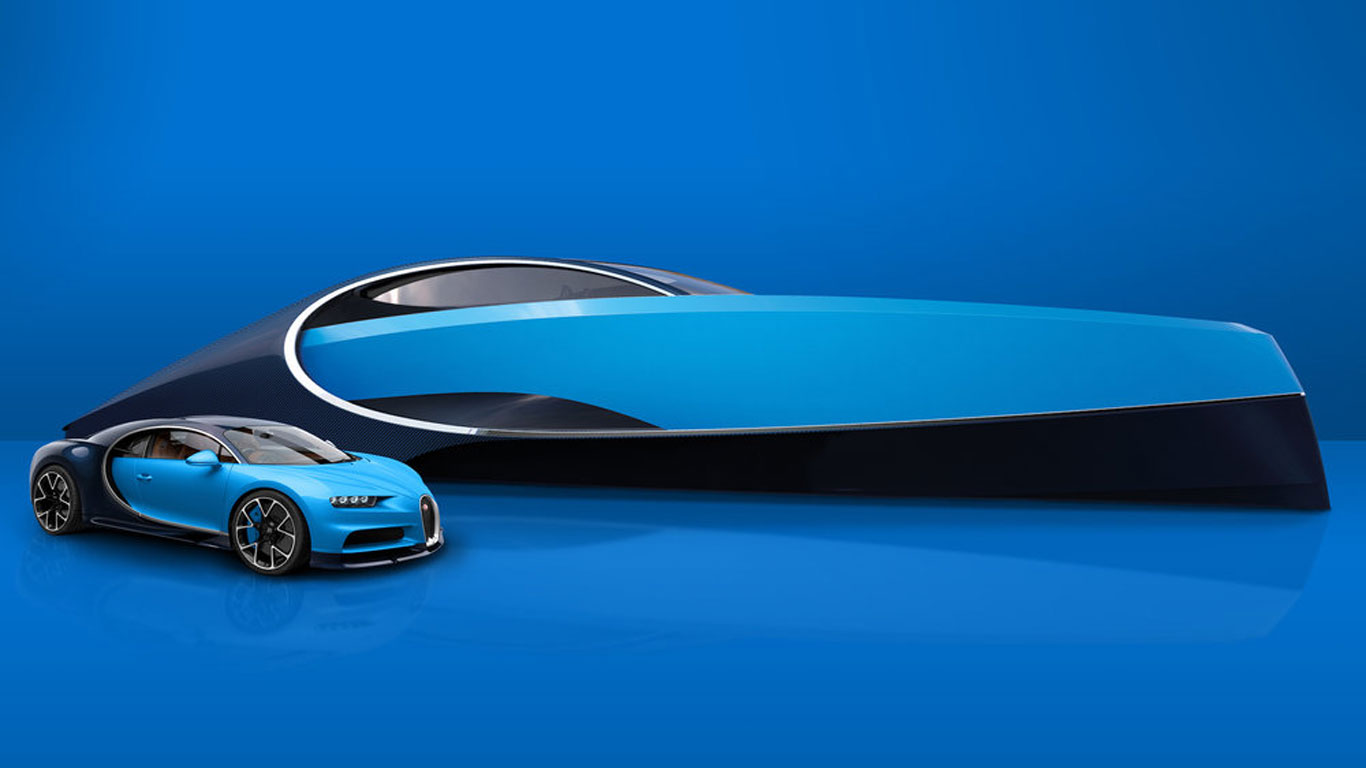 If you fancy a shipmate for your Bugatti Chiron, the Niniette 66 is the answer. Created by Bugatti in partnership with Palmer Johnson, the superyacht is inspired by the supercar and production is limited to 66 examples. Highlights include a 16.2-litre V8 MAN engine developing 1,000hp, a carbon fibre hull, a fire pit and a hot tub with a champagne bar. A 1,200hp engine is also available. 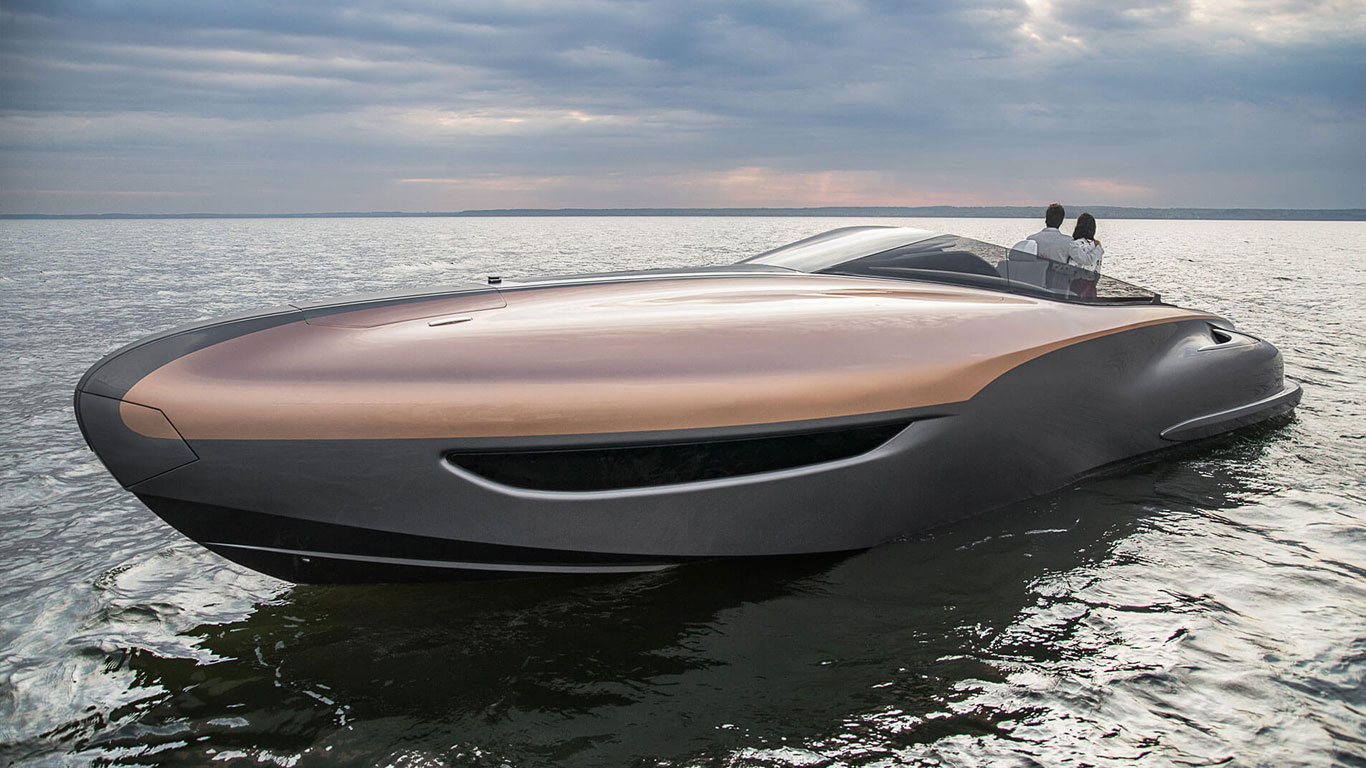 The Lexus Sports Yacht concept was engineered by the Toyota Marine Division and built in partnership with Marquise-Larson Boat Group. The bespoke 42-foot open sport cruiser features a hull, inner structure and superstructure constructed using hand-laid carbon fibre fabric, vacuum-infused with two-part polyurethane resin. It has just been named Boat of the Year at the 2018 Japan International Boat Show. At the event, Lexus announced that it plans to produce a premium yacht for sale worldwide. 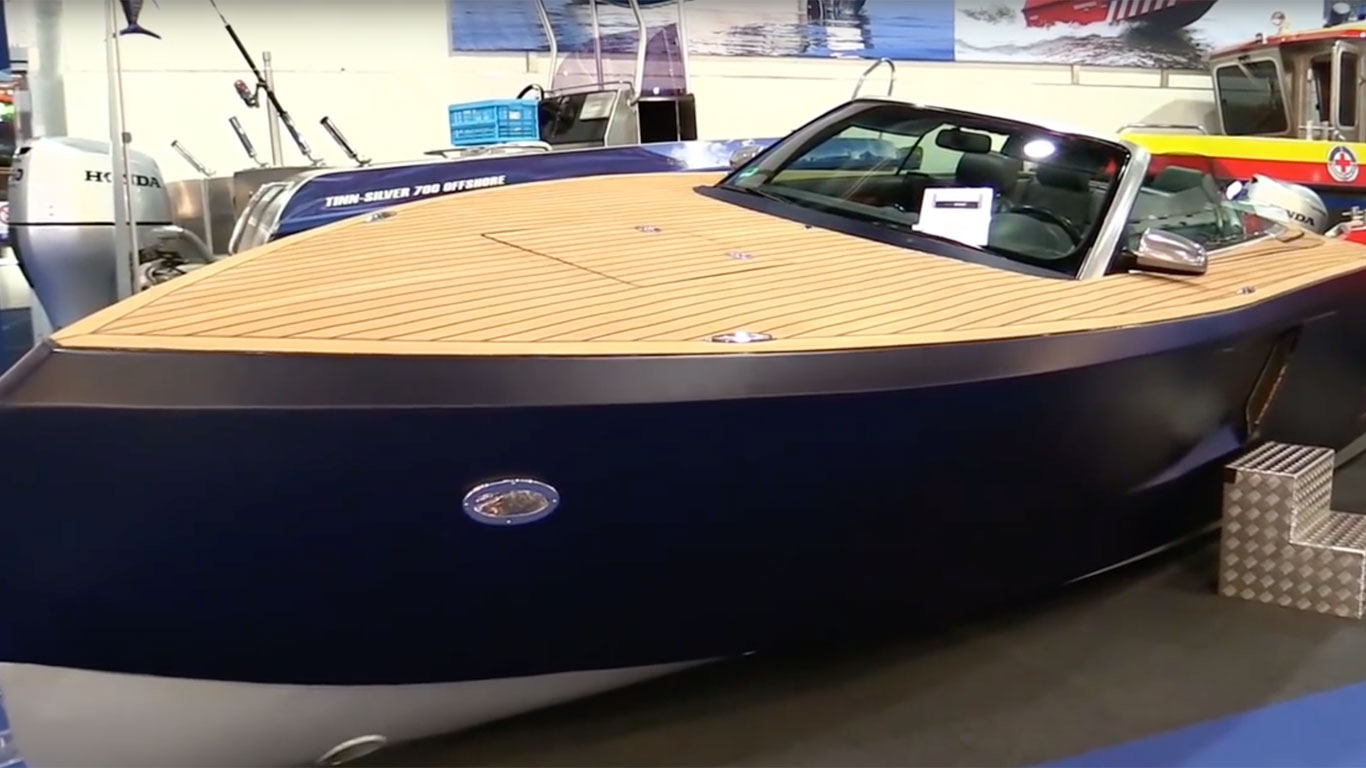 Take a second look at this photo and what do you see? The windscreen should be a giveaway because this Dutch-built motorboat is essentially an Audi A4 Cabriolet with a hull. It looks even more recognisable with the roof up, while the dashboard, seats and controls are lifted from Audi’s drop-top. Power is sourced from a Honda 150hp outboard engine. 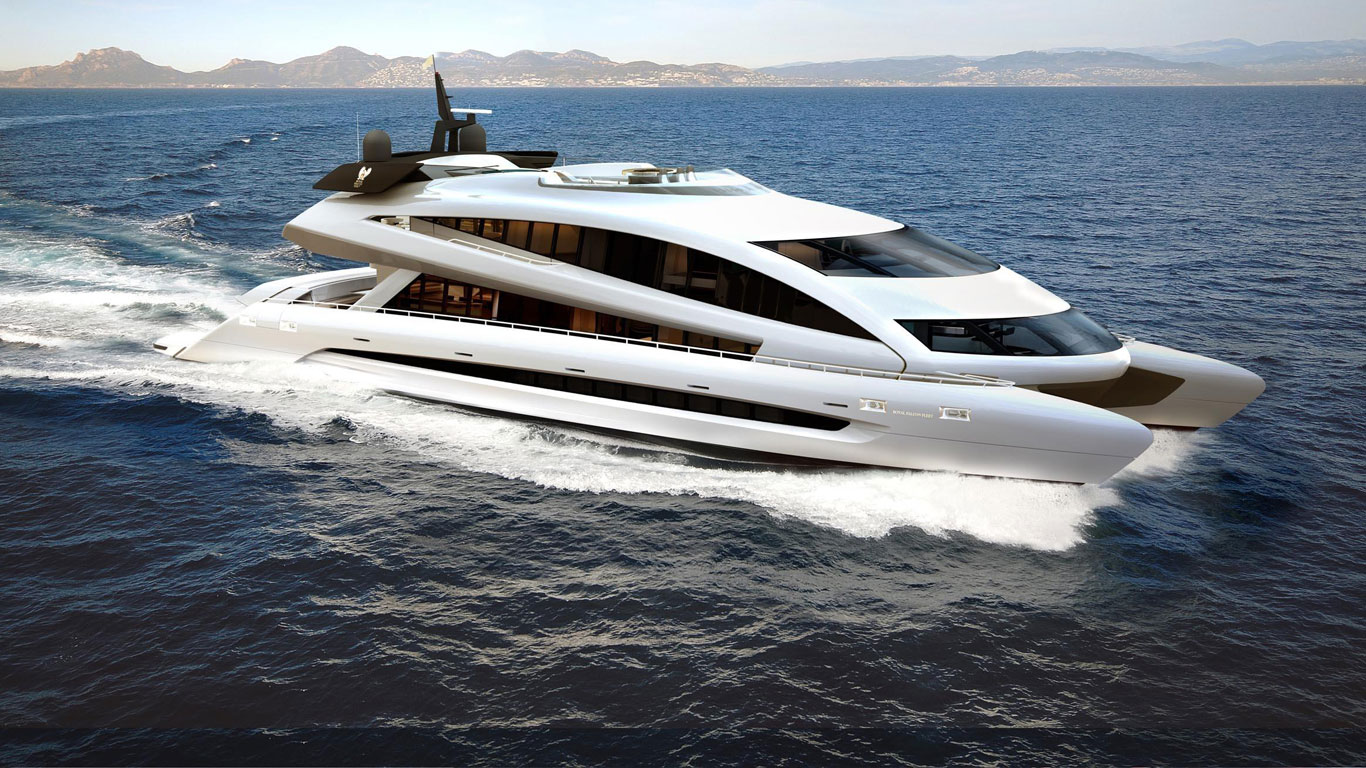 The RFF135 is the result of a collaboration between Porsche Design and Royal Falcon Fleet: a 135-foot catamaran powered by two V16 turbodiesel engines, each one producing 4,600hp. There’s one listed for sale on the YachtWorld website, which is said to be 90 percent complete. The price: a mere €35 million (£31 million). 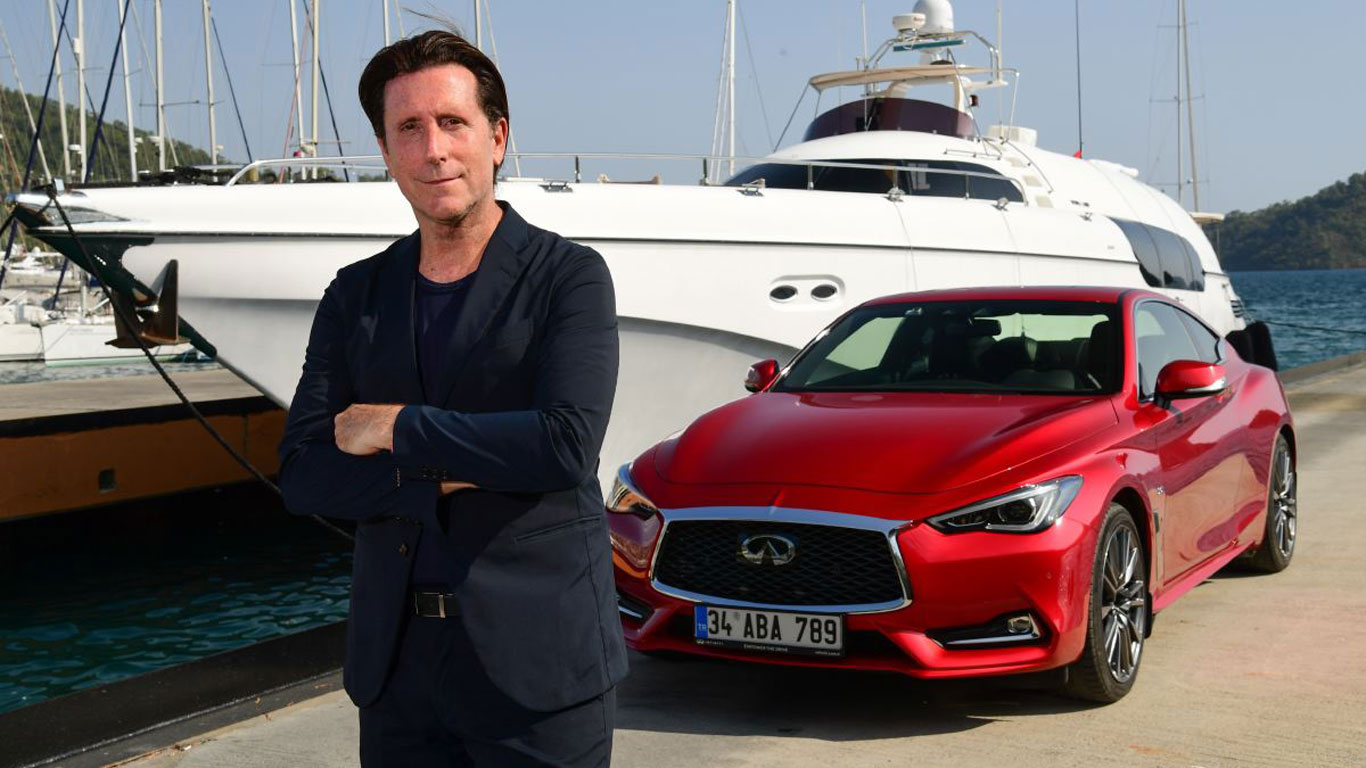 Motali is a 33-metre, three-storey luxury yacht designed by Alfonso Albaisa, senior vice president of Nissan Global Design and chief creative officer of Infiniti. According to Albaisa, the key challenge of moving from four wheels to none was the sheer sense of scale. He said: “A car can be treated as a single thought with one gesture supported by details. Yet on a yacht of Motali’s size, the gesture is dictated by the architecture – more like a building than a vehicle.” 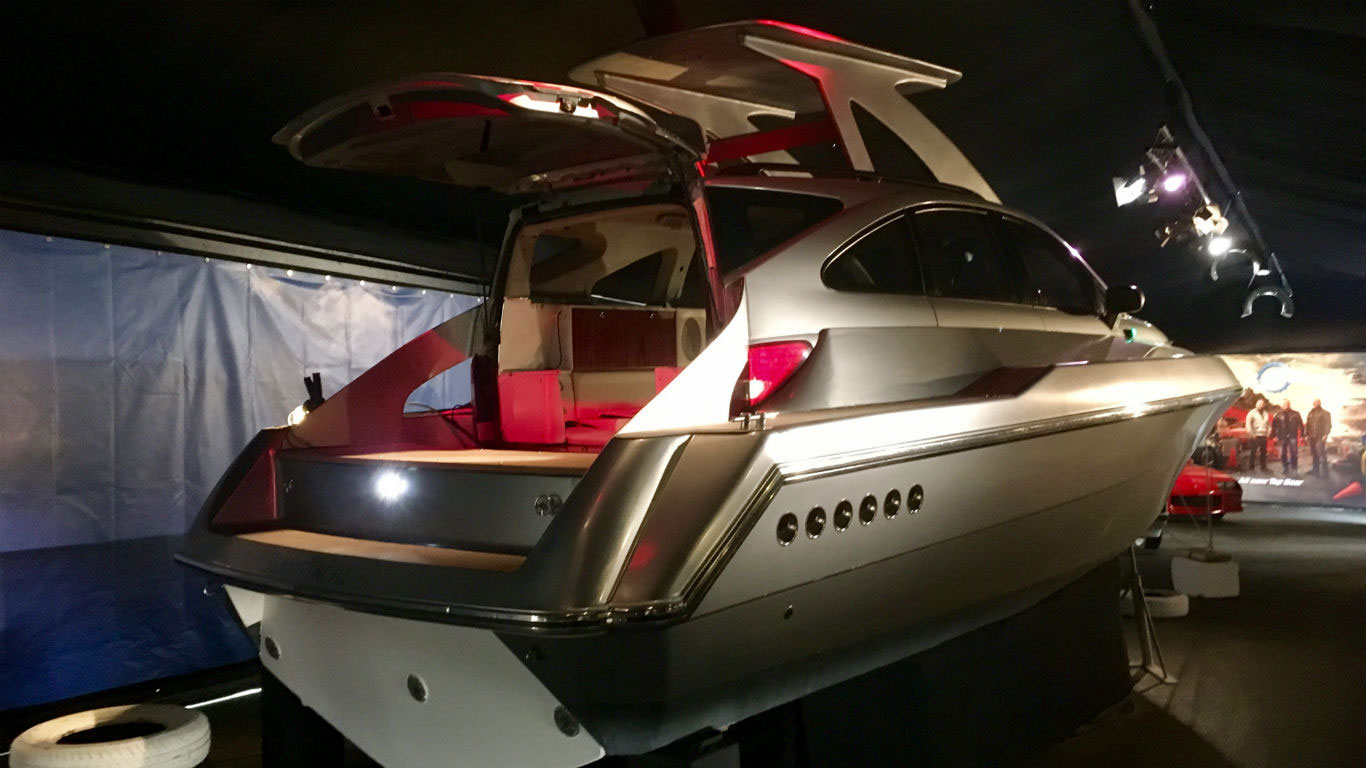 Is this the best looking Ssangyong Rodius ever built? The Ssangyacht is based on a Sunseeker Hawk 27 and was created for an episode of Top Gear. Reviewing the Ssangyacht for Boat International, serial Sunseeker owner, Eddie Jordan, said: “It is, quite simply, the worst ‘boat’ I’ve ever been on.” 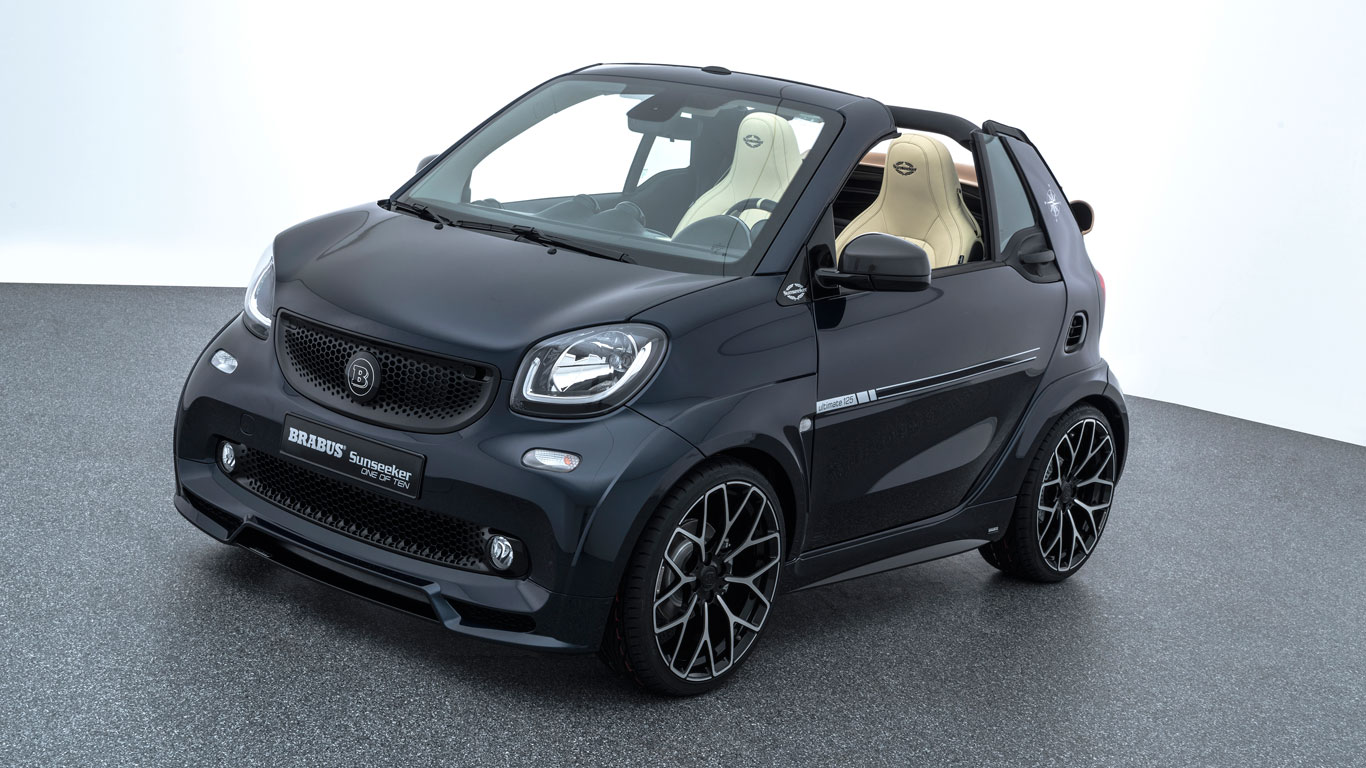 Speaking of Sunseeker, this Brabus Smart is the result when the roles are reversed. The Fortwo Sunseeker One of Ten sits on 18-inch monoblock wheels and features many references to the British superyacht builder. The perfect car to leave in the marina car park?