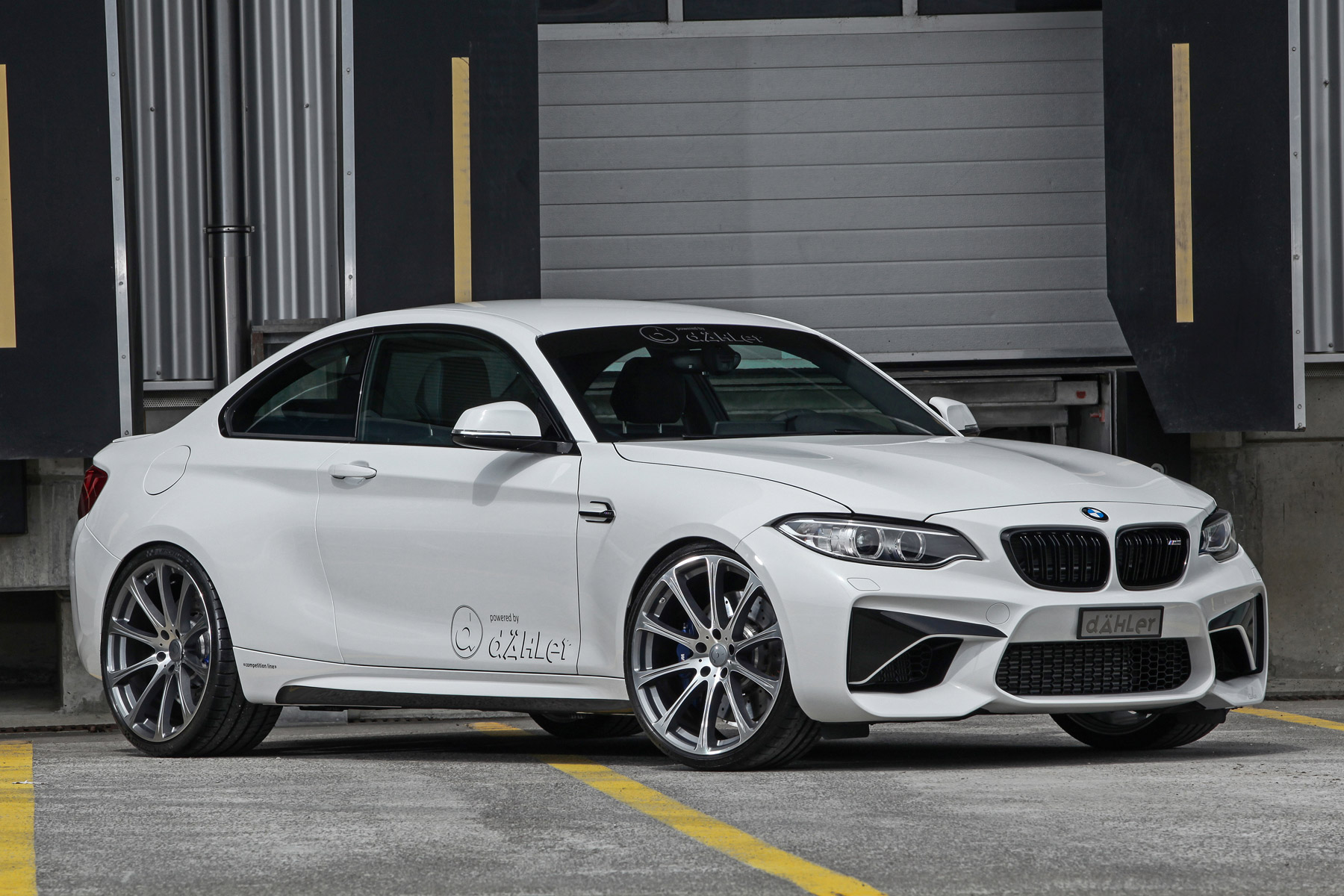 A tuning company based in Switzerland has squeezed the engine from a BMW M4 into the M2 – and boosted power to an incredible 540hp.

As standard, the M4’s 3.0-litre twin-turbo straight-six produces 431hp – but Dähler Design & Technik GmbH has worked its magic to eke an extra 109hp out of the M4’s engine in the M2.

The firm says it’ll hit 62mph in ‘less than 4.0 seconds’ – that’s around half a second off the M2’s standard acceleration figure.

The tuned BMW M2 sits slightly lower than standard thanks to a bespoke coilover suspension system – although this can be tweaked through 18 rebound and compression stages.

And, of course, the brakes are upgraded – with huge 400m discs to bring the ultra-hot M2 to an abrupt stop when required.

A soundtrack is provided courtesy of a stainless steel exhaust, while its exterior remains remarkably similar to the standard model. A front spoiler is required, however, to prevent it taking off like a plane, while a rear spoiler is available as an optional extra.

The best bit about this mad modification? Anyone can order it – but prices are being kept quiet. The company offers other, more realistic, modifications for the BMW M2, from a ‘level one’ tune increasing power to 408hp, to the M4 conversion.