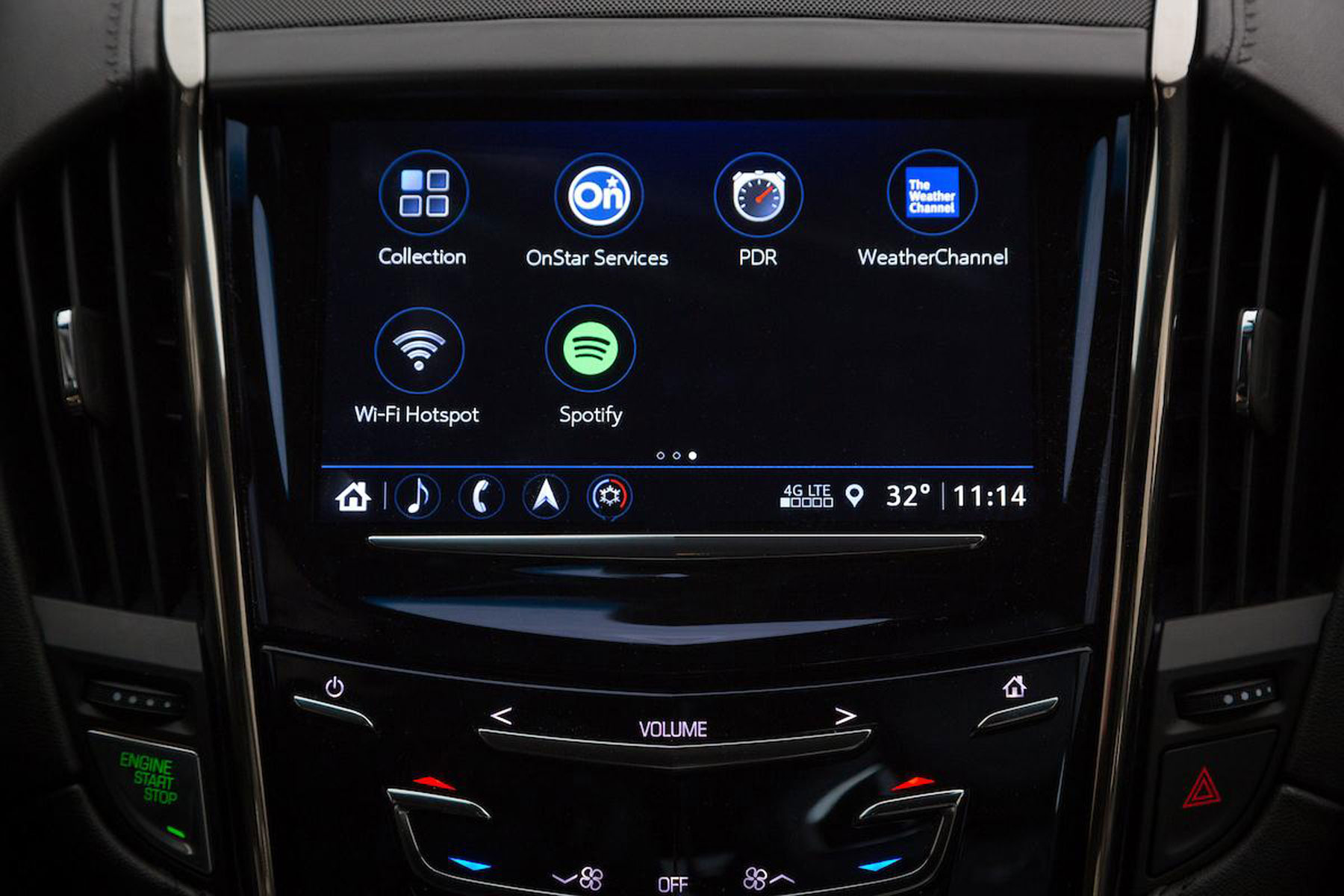 Cadillac owners in the United States can now stream music via their Spotify Premium account without their phone, cables, or a Bluetooth connection. Available on select models, including the XTS, CTS, ATS, CTS-V and ATS-V, the service will soon be available on all-new Cadillacs, including the 2019 CT6.

As a result, Spotify users will enjoy a richer user experience, more akin to that found via the desktop or smartphone app, rather than the limited features available when connecting via Apple CarPlay or Android Auto.

Volvo launched the first in-dash, voice-activated Spotify in 2013 before it became the first carmaker to integrate the streaming service globally in 2016. The XC90, S90 and V90 were the first models to feature the system, which does away with the need to use a smartphone for music streaming while on the road. You simply login using your username and password.

In a Cadillac, users will see five screen icons at the top of the home screen: Home, Recently Played, Your Library, Browse and Mini Player. Spotify-curated and personalised playlists will also be available, such as Discover Weekly, Release Radar and Your Daily Mix.

The app will also deliver recommendations geared towards the drive, such as songs for a road trip, singing along with friends or commuting to work. Stay tuned for The Boomtown Rats’ I Don’t Like Mondays and The Bangles’ Manic Monday when you start your working week.

Jonathan Tarlton, Spotify’s senior manager of automotive business development, said: “Cadillac has been an amazing partner to make it easier and safer for Spotify users to listen to music in the car. We love the innovation we are seeing with Cadillac’s entertainment systems and are excited to bring personalised on demand music to more Spotify lovers on the road.”

No more lousy or inappropriate music?

Is this such a big deal? After all, Spotify is available via Apple CarPlay and Android Auto, and other music streaming services can be accessed via other smartphone apps. We think it is, as it shifts Spotify from feeling like an external application into something at the core of a car’s infotainment system.

Chris Velazco, senior mobile editor at Engadget, seems to agree. He says: “What seemed special after playing with this new Spotify experience for a little while is just how… Spotify it felt. Once you’ve signed into the account (either by punching in credentials on the car’s touchscreen or generating a PIN inside Spotify on a smartphone), you’ll find a slew of suggested playlists, a history of recently played tracks and full access to your Spotify library.

“There are some limitations due to driver distraction guidelines – you can’t sift through long lists of tracks, for instance – but the service’s suggestions are good enough that I didn’t need to worry about being served lousy or inappropriate music.”

While Spotify’s integration with Cadillac is of little consequence to UK motorists – unless they plan to hire a Caddy as part of their summer vacation – the streaming company is already working on apps for other manufacturers. Time to start predicting the songs it will play when you’re stuck on the M25.

ACDC’s Highway to Hell and Chris Rea’s Road to Hell should be at the top of the playlist.