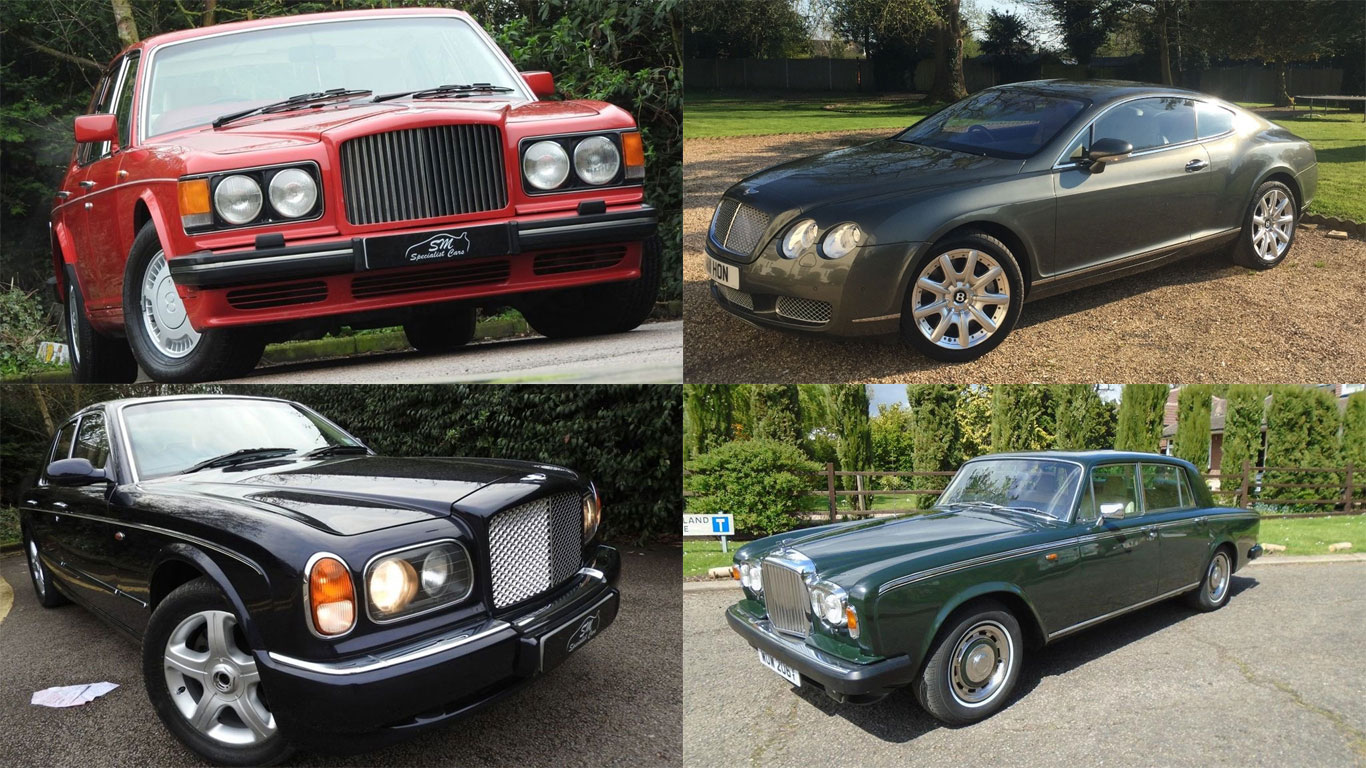 Right now, there are around a thousand Bentleys for sale on Auto Trader, with prices ranging from £6,500 to £290,000. You can thank Premier League footballers for the number of Continental GTs available to buy, but what if you’re not a six-figure earner? We’ve created a list of bargain used Bentleys, some of which you can buy for less than £10,000. 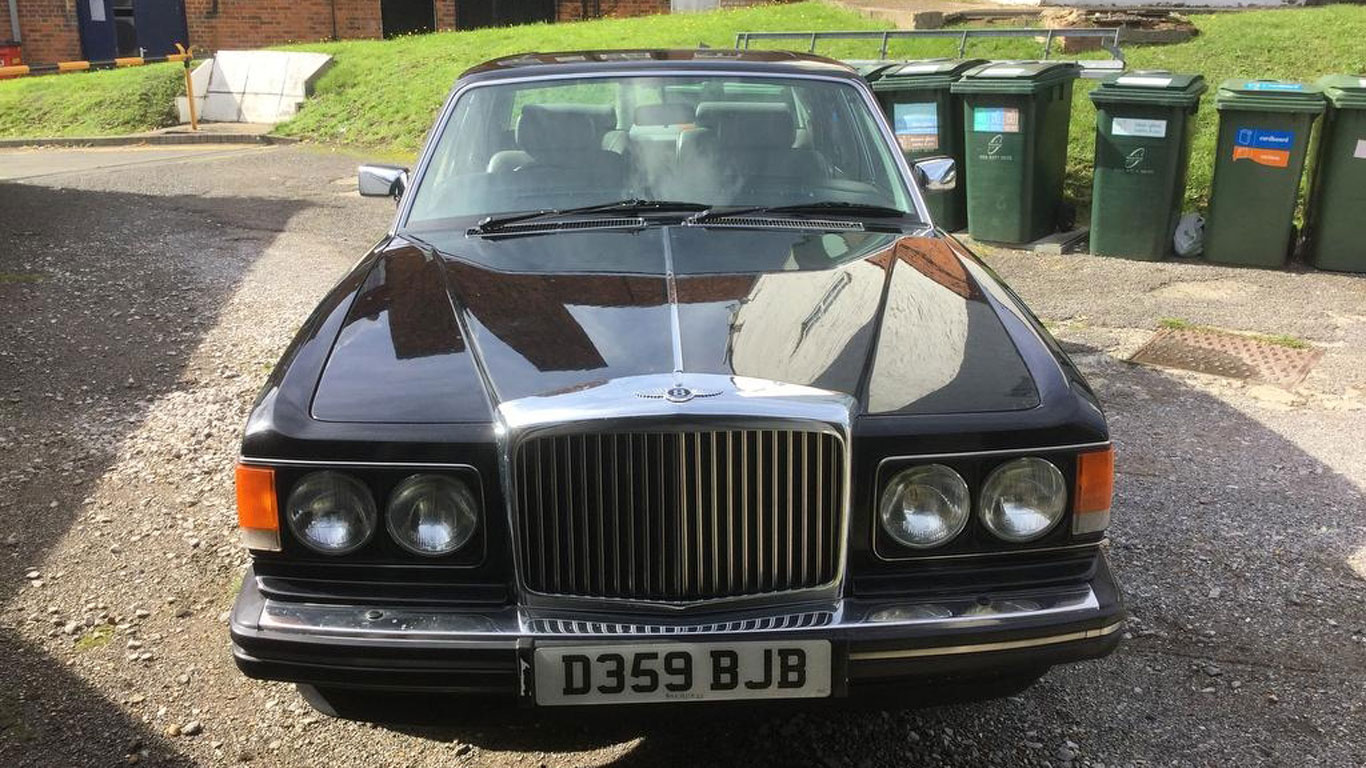 This is the cheapest Bentley for sale on Auto Trader, which is rather apt given that it was the company’s entry-level model. At first glance it might look like the more expensive Mulsanne, but the Eight is set apart by its slotted grille, steel wheels and cloth upholstery. Not that the original owner was prepared to sacrifice a few luxuries, adding alloy wheels and leather seats, presumably when new. This 1986 example has been off the road since 2015, but the vendor claims that it “purrs at speed”. 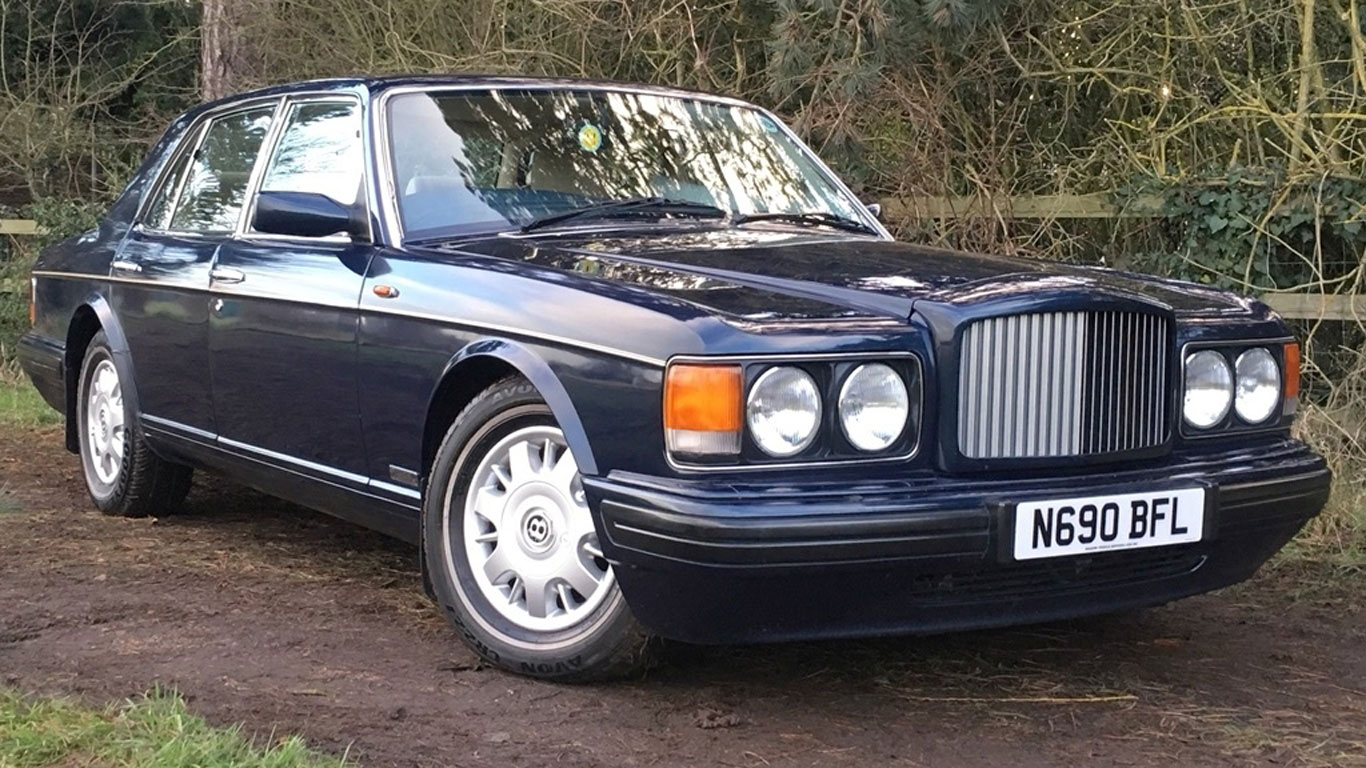 For what it’s worth, this is the second cheapest Bentley on Auto Trader: a 1996 Brooklands, powered by the same 6.75-litre V8 Rolls-Royce engine. As a 1996 car, this example benefits from the light-pressure turbo, boosting the power output to 300hp, enabling it to sprint to 60mph in just 7.9 seconds. The MOT expired in February, and the ABS light is on, but this chunk of old Britannia could be yours for £9,450. 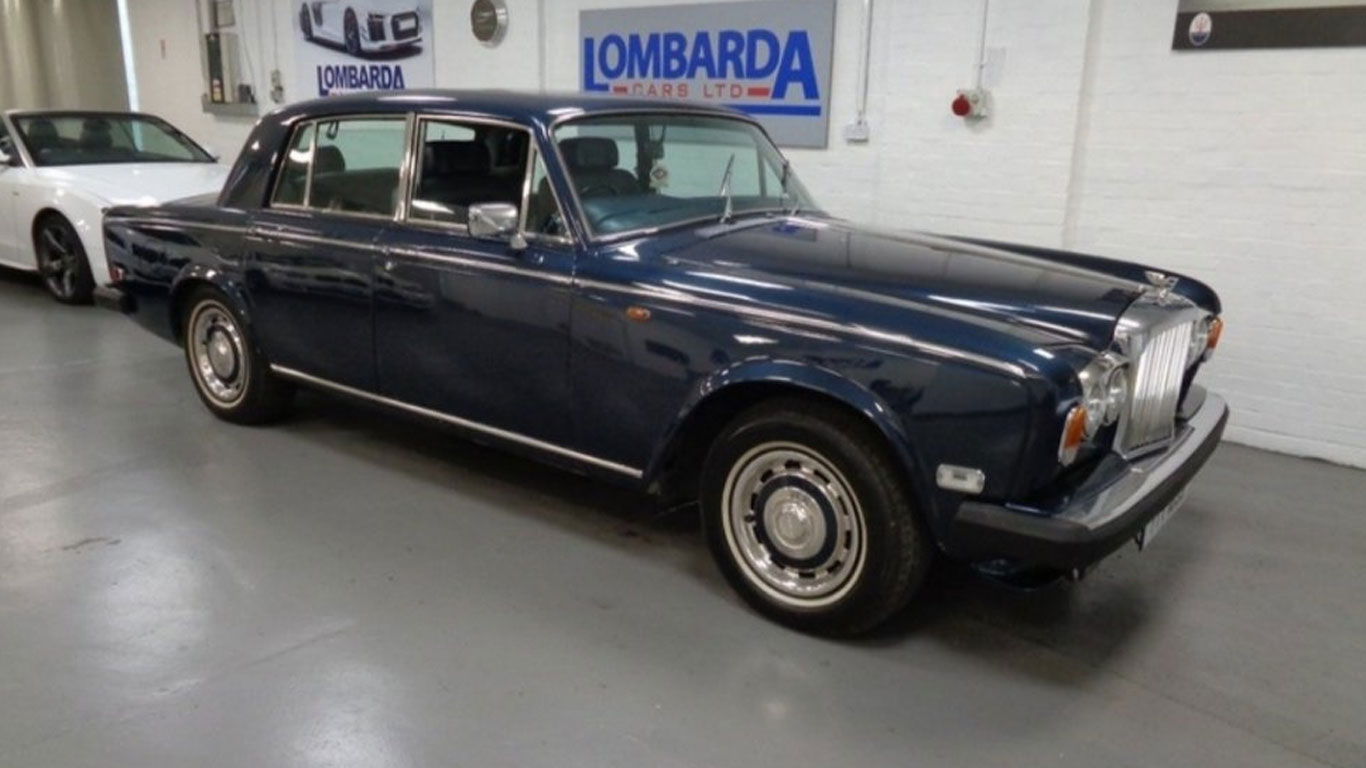 If the Rolls-Royce Silver Shadow is a bit ‘end of the pier’ for your liking, the Bentley T-Series is a more elegant affair. Bizarrely, the Bentley and Rolls-Royce were priced identically, meaning more buyers opted for the Spirit of Ecstacy rather than the Flying B. This T2 was registered in 1977, but the MOT history can only be traced as far back as 2016. If it’s good enough for James May… 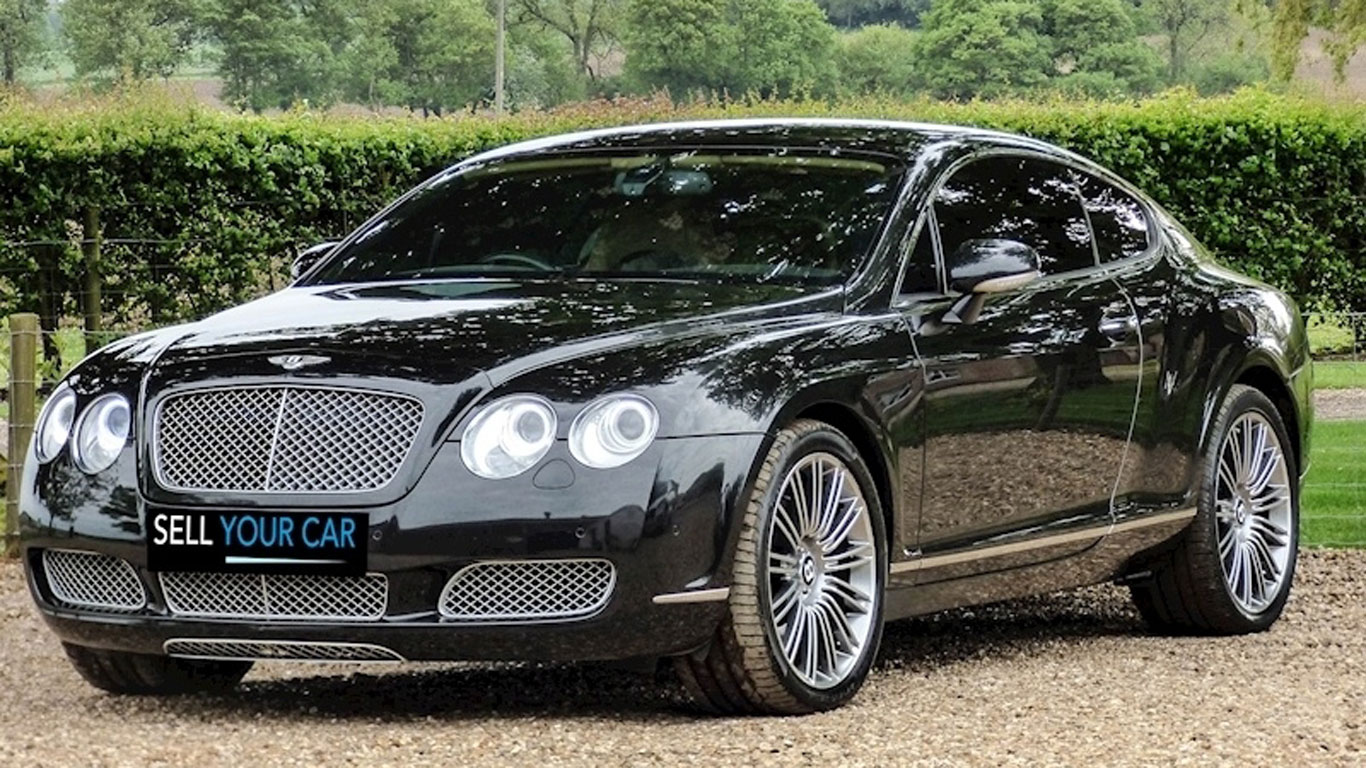 If the thought of a £10k Bentley is sending you off in search of the safety of a PCP deal on a new supermini, how about a £20k Continental GT? Launched in 2003, the GT was based on the Volkswagen Phaeton but built in Crewe, with Bentley charging a six-figure sum for its new model. This is an early example, but it has worn its 96,000 miles extremely well. 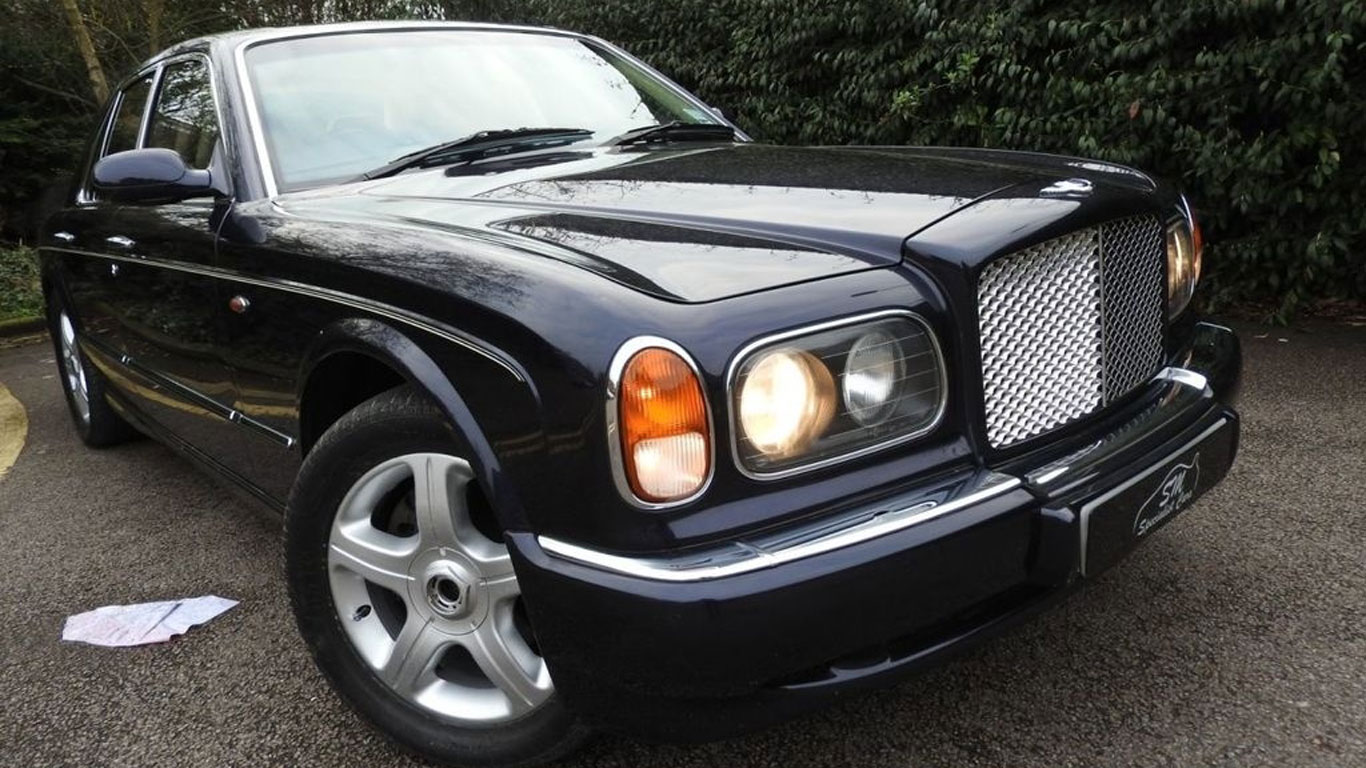 OK, so the Continental GT might be a bit ‘footballist’ for some people, but the Arnage retains a certain charm and elegance. As the sister ‘ship’ to the Rolls-Royce Seraph, the Arnage was initially powered by a BMW-sourced 4.4-litre V8, before the VW takeover saw it replaced by a 6.75-litre unit. This is an early car, but with 39,000 miles on the clock, the 4.4-litre engine has hardly broken sweat. 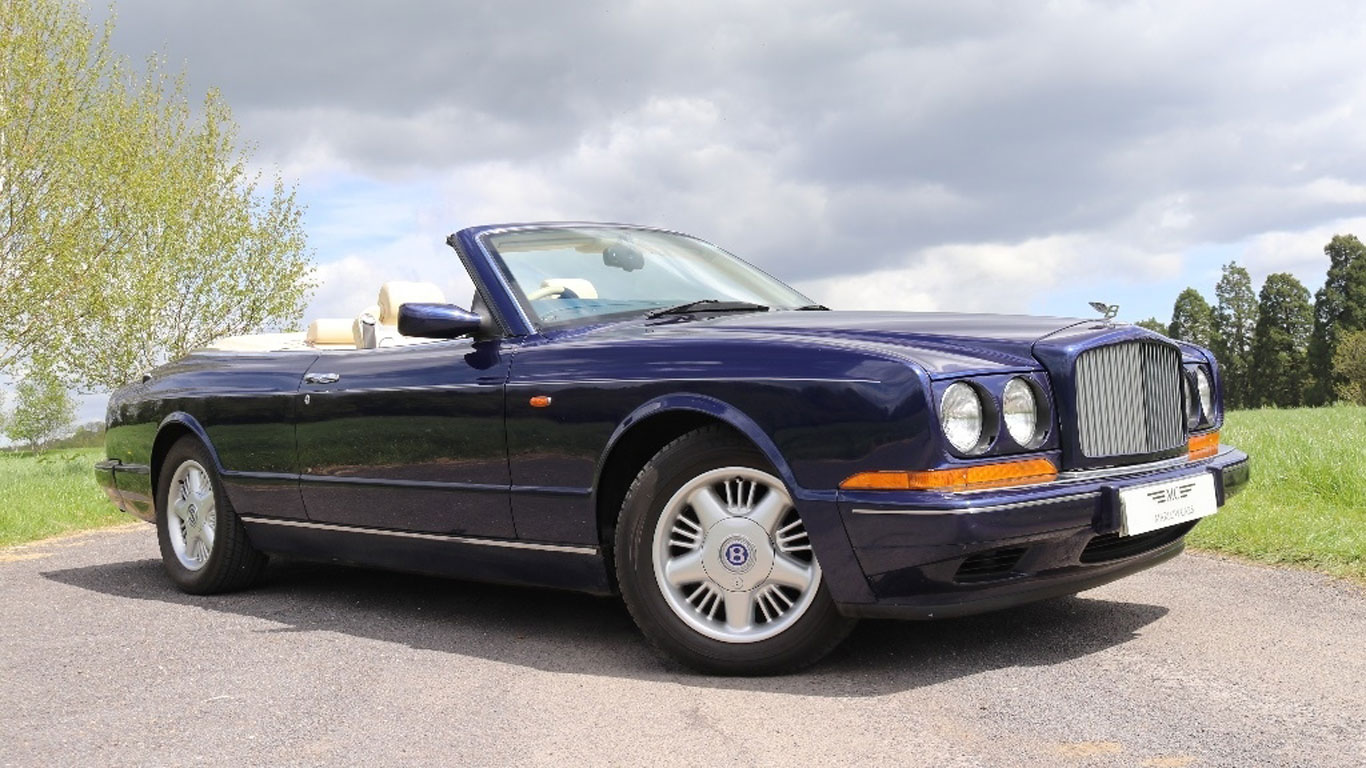 No, this Bentley Azure isn’t what you’d call cheap, but it represents better value than the Mk2 version, which will set you back upwards of £90,000. We like it because, subjectively, it’s nicer looking than the second-generation Azure, while the previous custodian owned it for 10 years. There are just 52,000 miles on the clock, and the 64 images would suggest that it has led a very easy life. 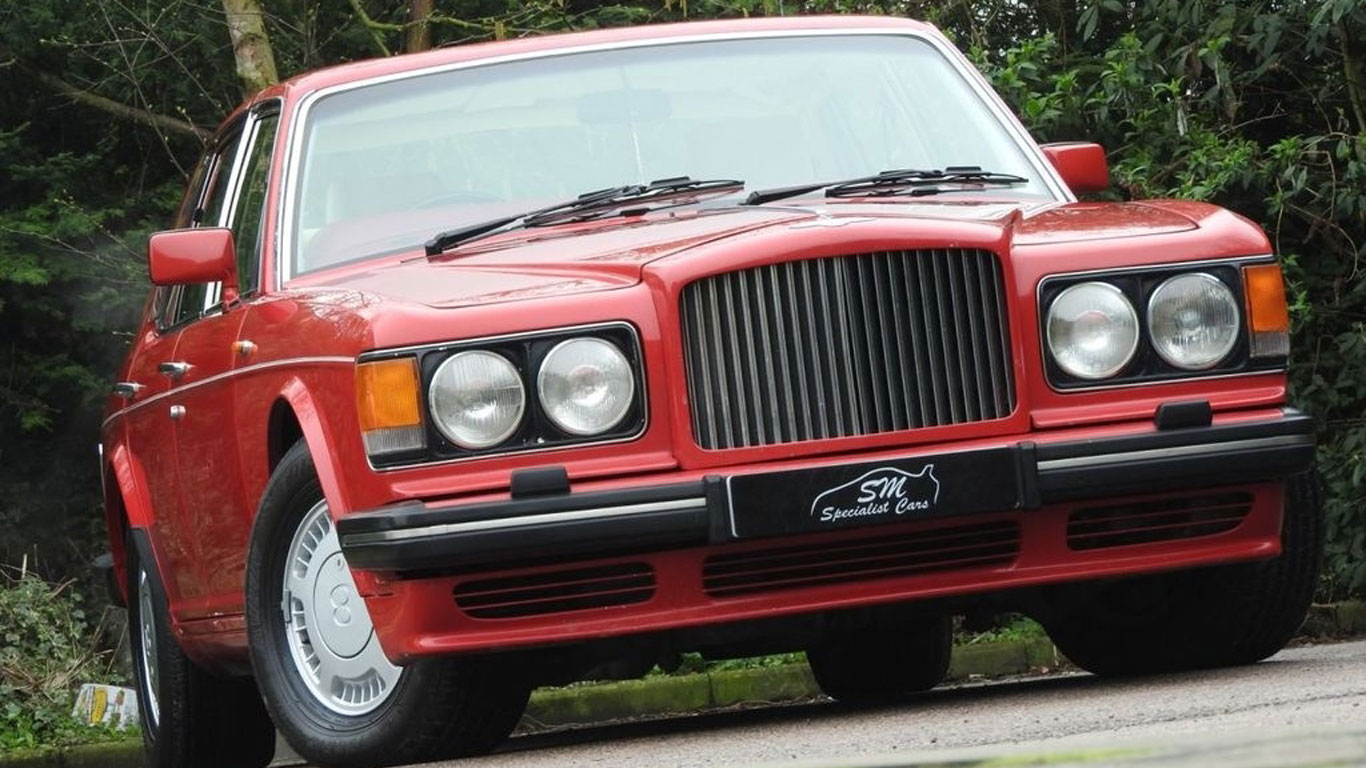 It’s not often you see a red Bentley, let alone one with a price tag below £10k. The Turbo R arrived in 1985 as a replacement for the Mulsanne Turbo, with the fitment of Bosch fuel-injection adding 30hp to the total output. This 1990 example has 62,000 miles on the clock and is said to have “an amazing history”. 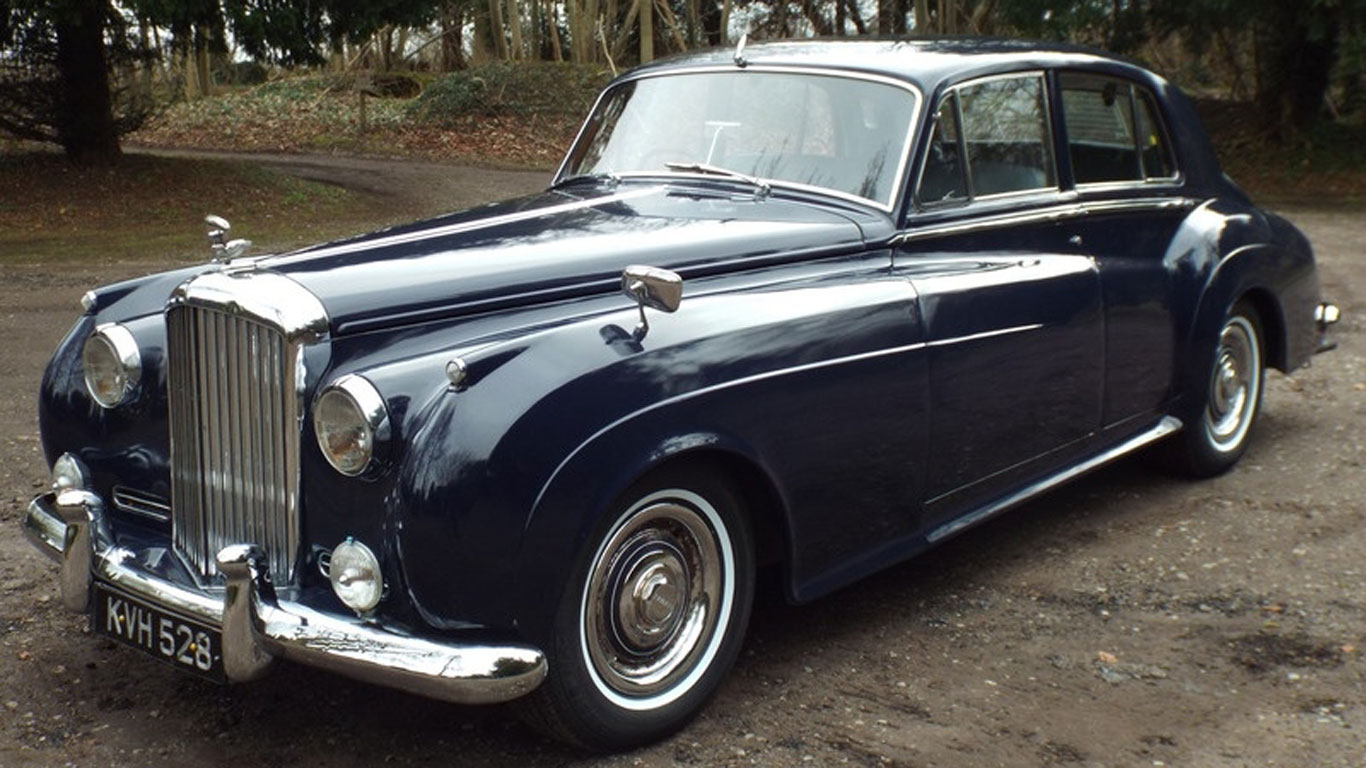 This Series I is the oldest Bentley for sale on Auto Trader. In reality, it’s little more than a Rolls-Royce Silver Cloud with a Bentley badge, not that this is necessarily a negative point. Indeed, Bentley outsold Rolls-Royce, making the Series I easier to source. This 1956 example is up for £22,500 and has a mere 52,000 miles on the clock. Buy now and enjoy a summer of wafting along to classic car shows. 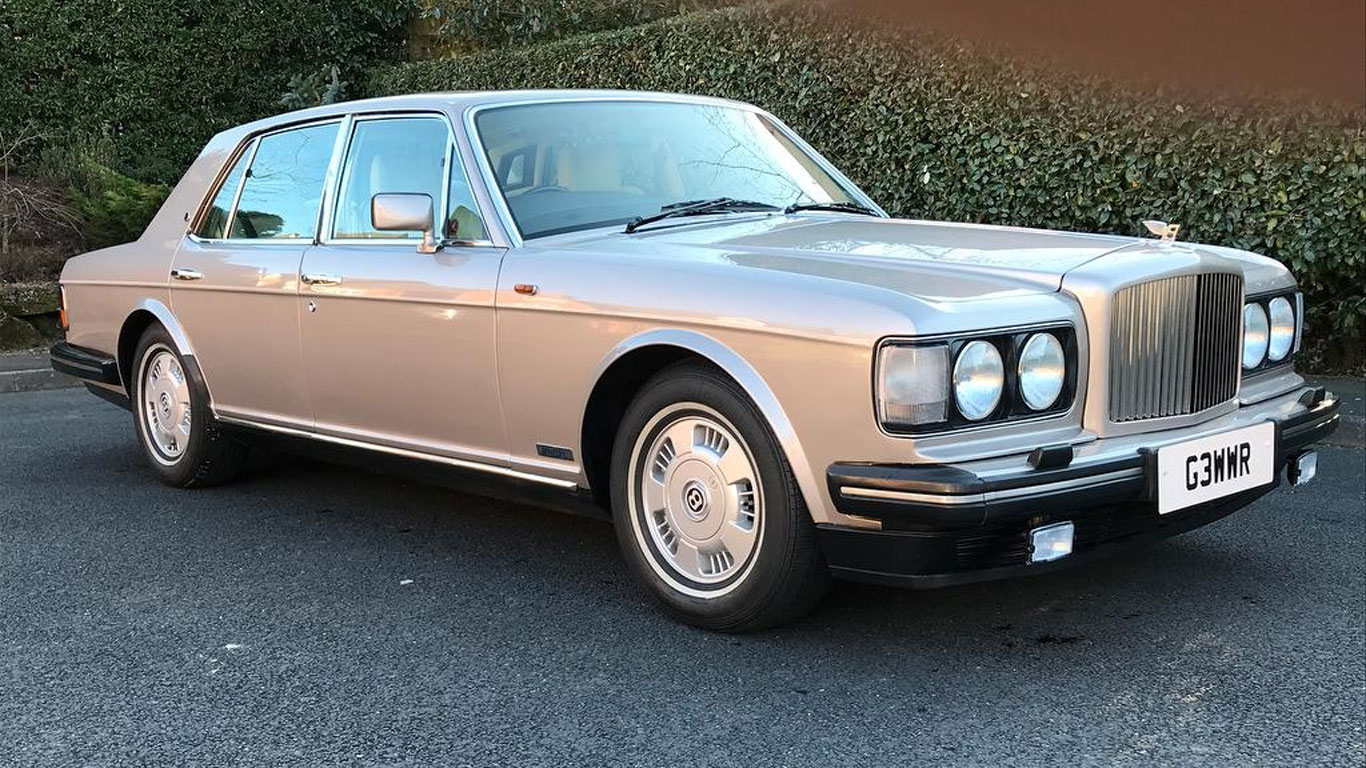 With 140,000 miles on the clock, somebody has spent an awful lot of money on fuel over the Mulsanne’s lifetime, but what a way to travel. The seller claims that the 1992 example “attracts a lot of attention”, which isn’t hard to believe when you consider the size of the thing and the gold paintwork. Yours for £9,995, which includes the private plate. 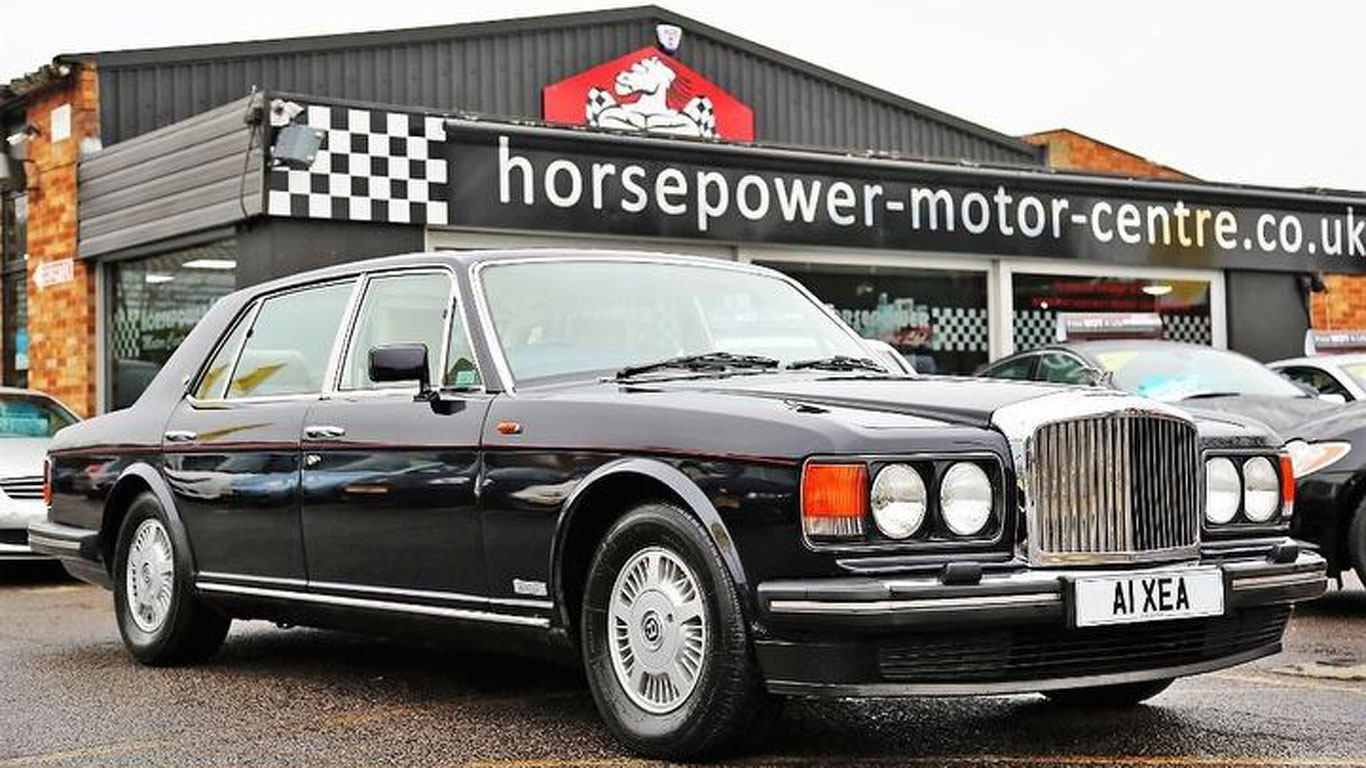 We had a second £10k Mulsanne lined up for this slot, but somebody snapped it up before we could complete the gallery, which suggests that bargain Bentleys don’t hang around for long. This one is a little more expensive, but the seller claims that it’s one of 17 right-hand drive Mulsanne S LWB models. The fact that the registration mark doesn’t reveal any MOT history would suggest that it might have returned to its original G-plate. 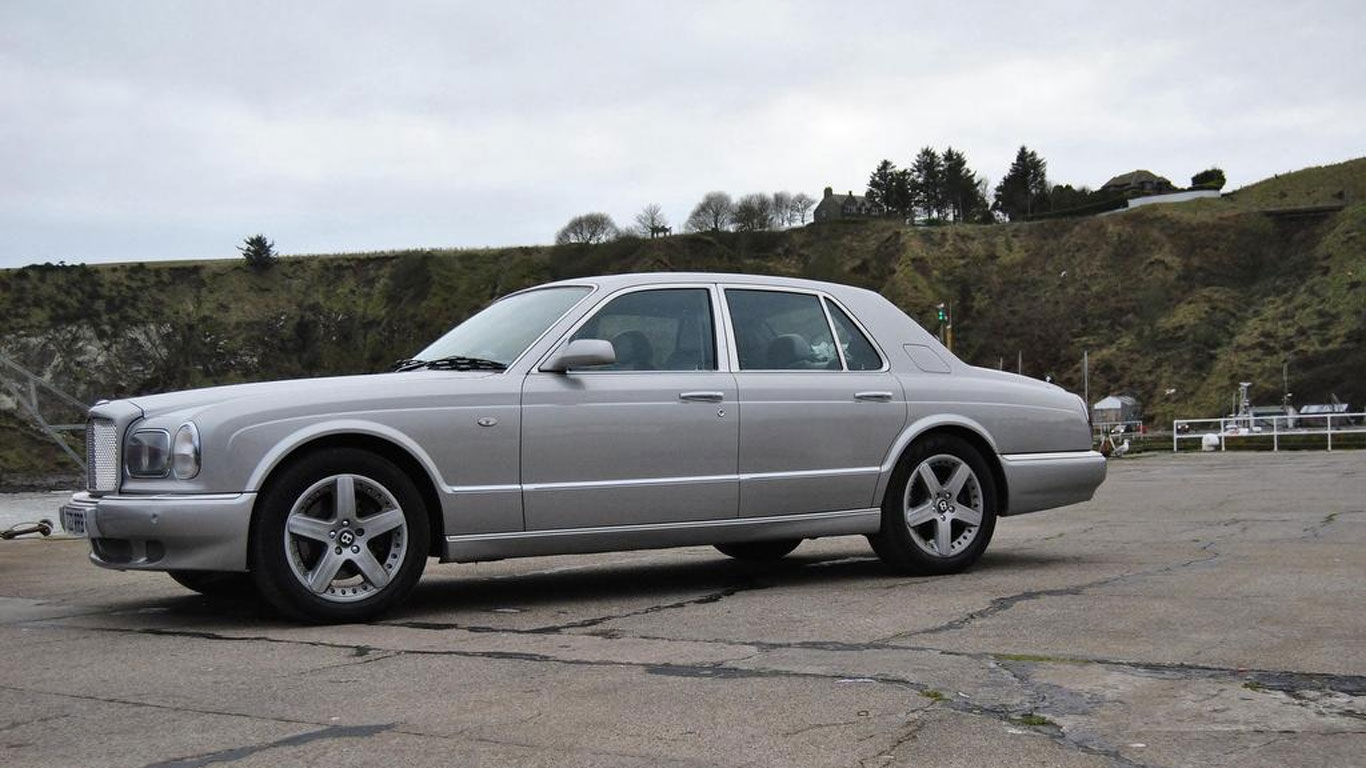 If you fancy a change of career, this Bentley Arnage Red Label has been used as a bridal car by the vendor and has around 60,000 miles on the clock. The last service was completed in 2017 at a cost of £2,000, while the spec includes electric rear seats, parking sensors, soft-close boot lid, satellite navigation and an original Bentley umbrella. All of which means you’ll have no trouble finding the church and you can even escort the bride under an umbrella when you get there. 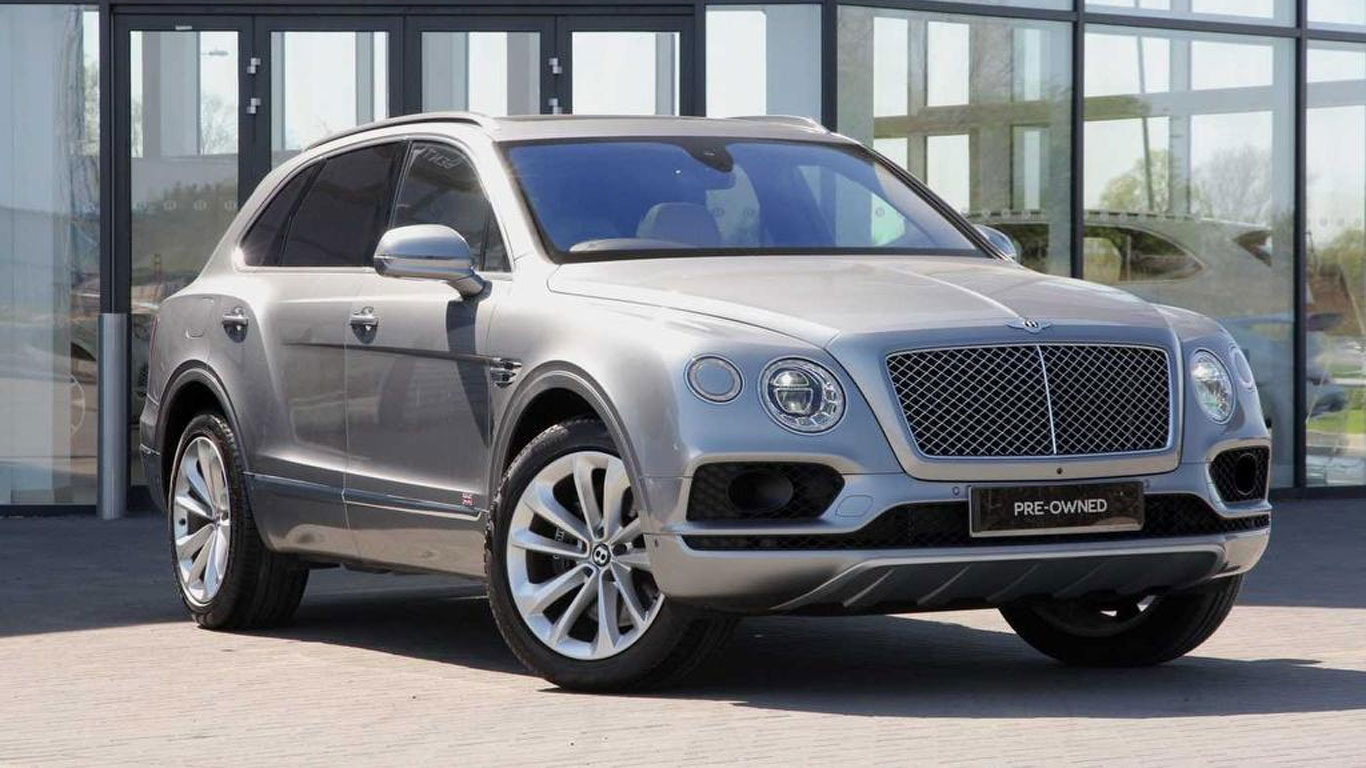 A bargain? Perhaps not, but it’s interesting to see the prices of used Bentaygas on Auto Trader. New, you’d spend upwards of £135,800 on a Bentley SUV, but few cars will leave Crewe as standard. Indeed, this Bentayga left the factory with a few tasty extras, including the brilliant W12 engine – a £30,000 option when new. All of a sudden, that £124,000 price tag looks a little more reasonable. 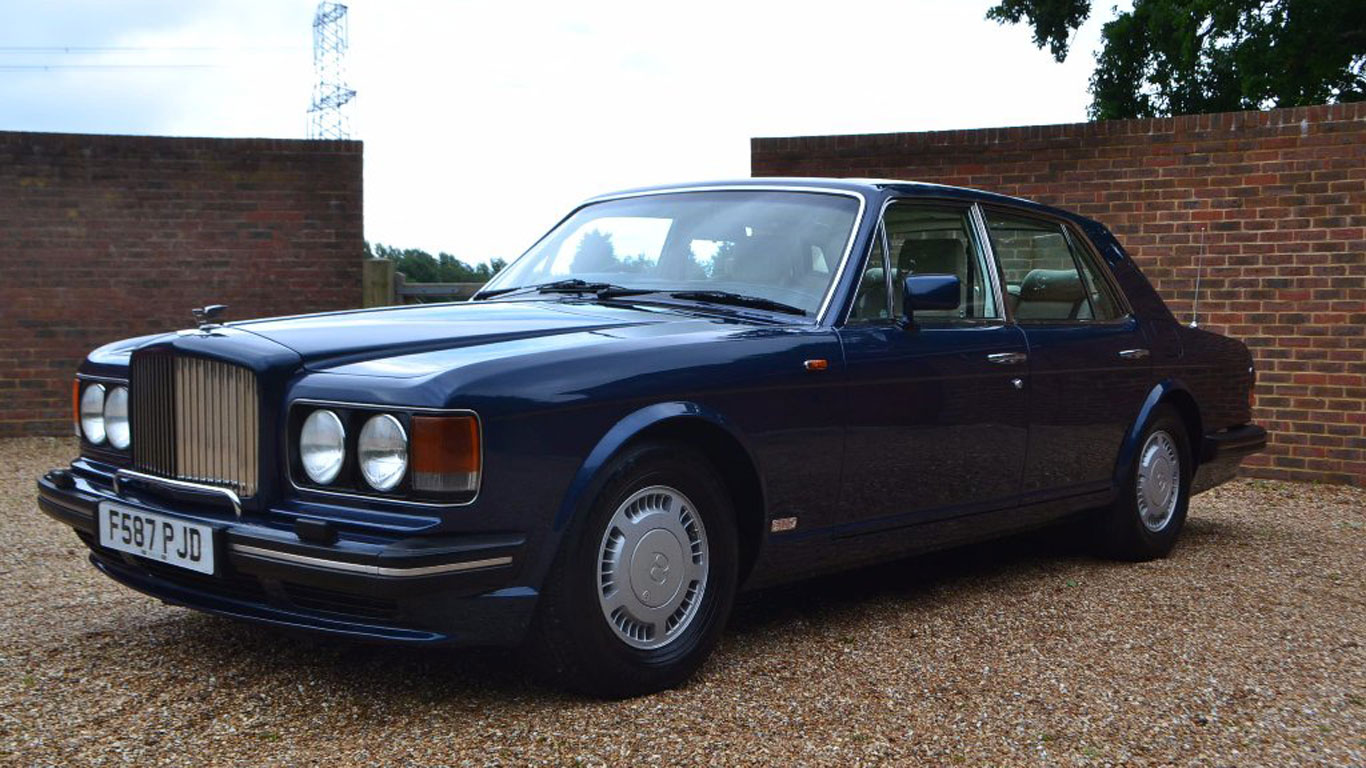 If you can’t stand the thought, let alone the look, of the Bentayga, this 1989 Bentley Turbo R will be a tonic. It has just 37,000 miles on the clock, which will explain why it is one of the more expensive Turbo Rs for sale on Auto Trader. The MOT history is a bit patchy – there’s a mileage anomaly in 2007, followed by a gap of four years – but the seller says it has the certificates to substantiate the mileage. 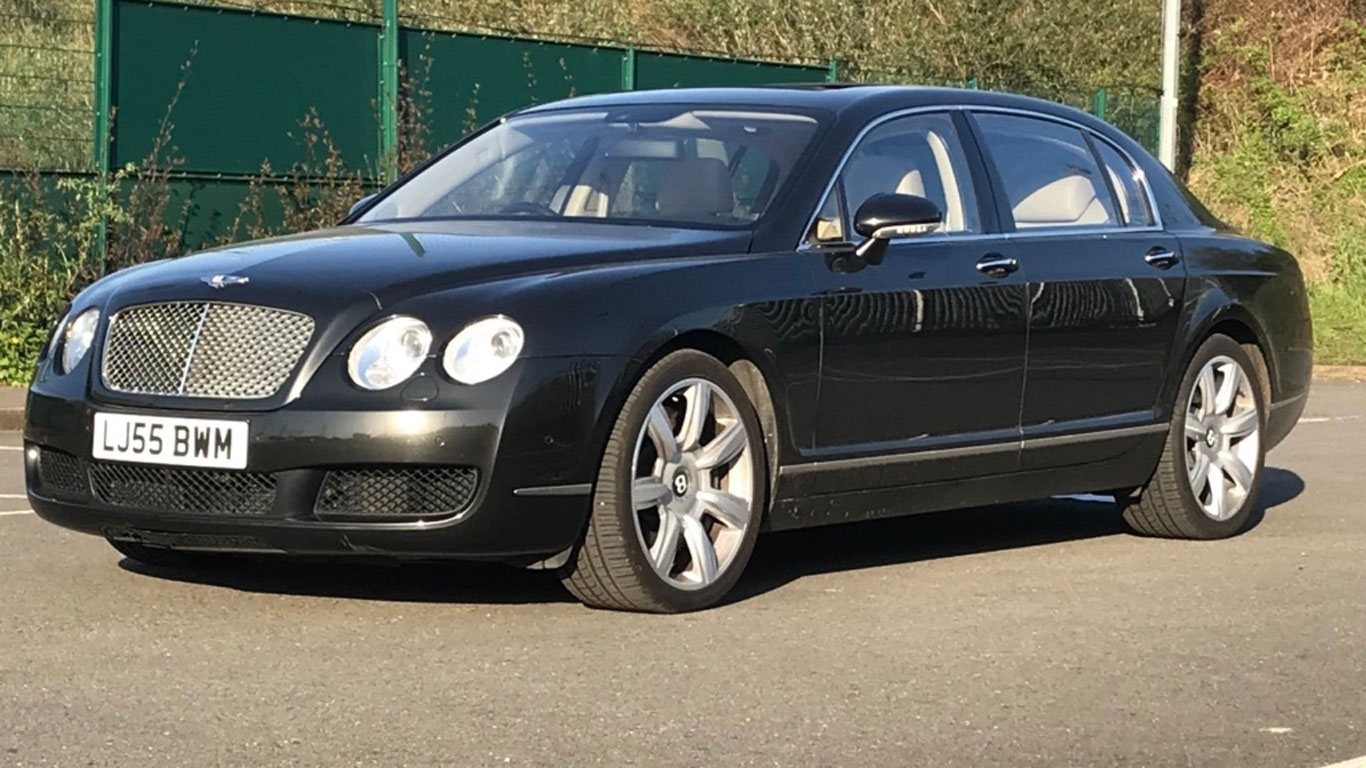 This strikes us as an awful lot of car for the money, and the figures below the advert description make for interesting reading. A top speed of 199mph, a 0-60mph time of 4.3 seconds, CO2 emissions of 495/gkm, and average fuel economy of 19.2mpg, to name just four. Brave pills and deep pockets might be required. 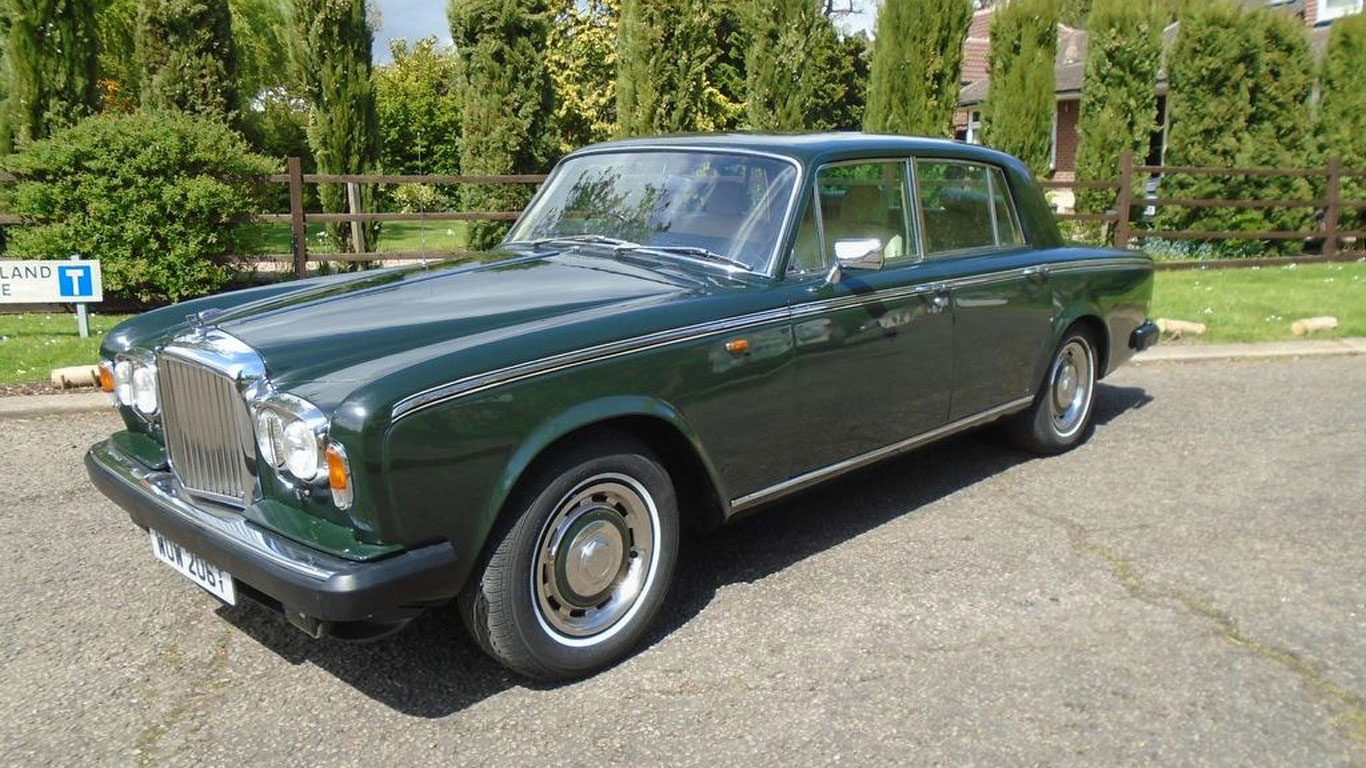 Brewster Green: arguably one of the most quintessentially British paint colours ever created. It lends this T2 an air of sophistication, shifting it away from a wedding car or faded 70s entertainer vibe. The number plate says it all: ‘WOW’. 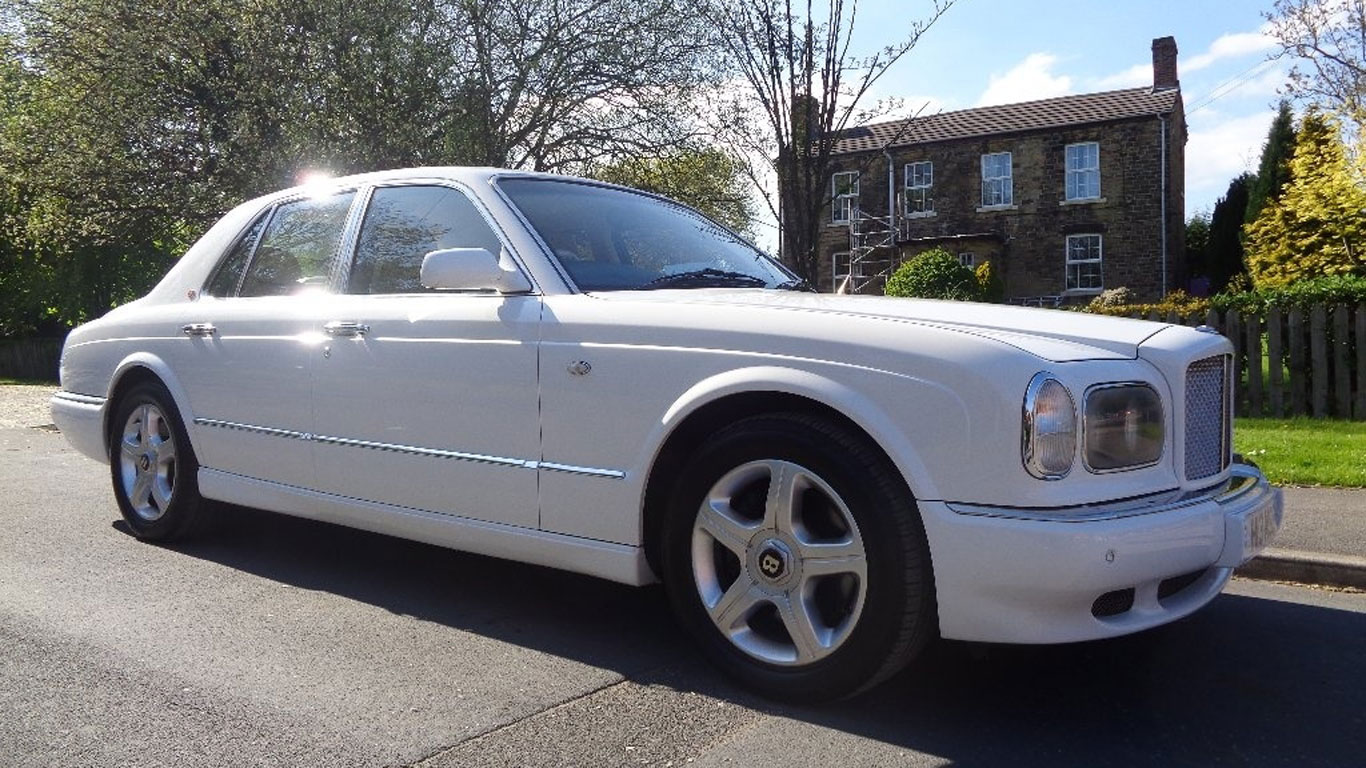 This Bentley Arnage screams wedding car, but look on the bright side: at least you’ll be able to generate some extra income to pay for the fuel bills. 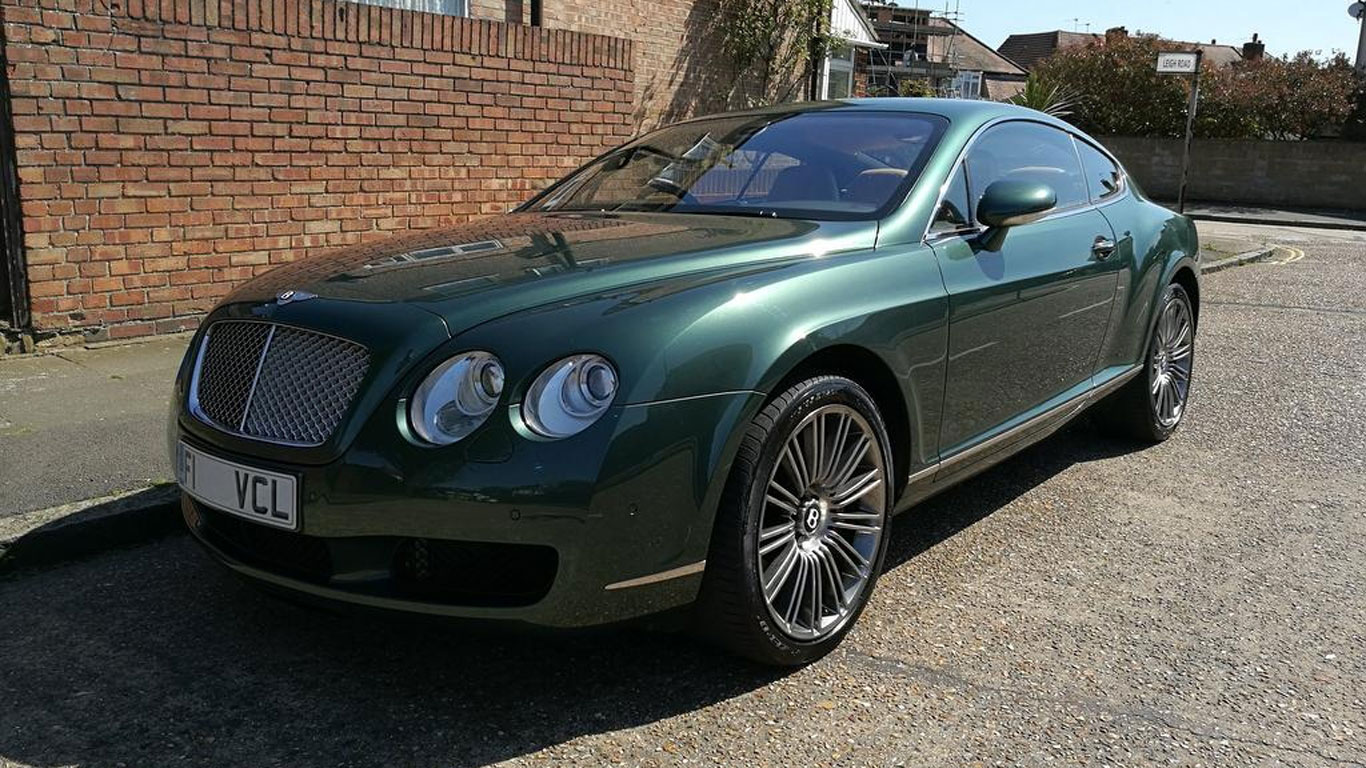 When new, somebody would have paid £110,000 plus options for this Bentley Continental GT, but 14 years on it’s available for the price of a Ford Mondeo ST-Line. Sure, the Mondeo would be the sensible option, but this 6.0-litre Bentley would be more fun. 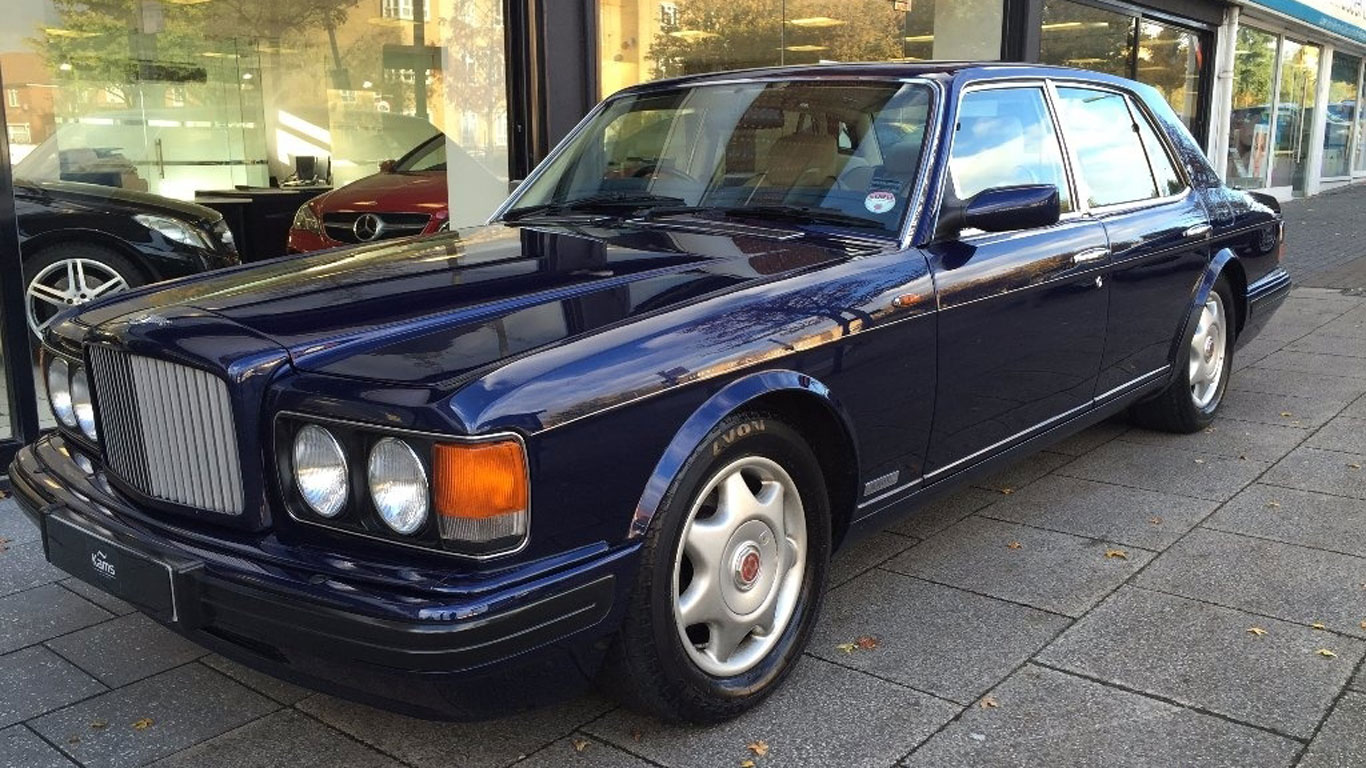 The advert for this Bentley Brooklands contains a number of cliches: “must be seen”, “one of the best examples out there” and “collector’s dream” are all present and correct. Sadly, the seller stopped short of saying “first to see will buy”. Yours for £20,000. 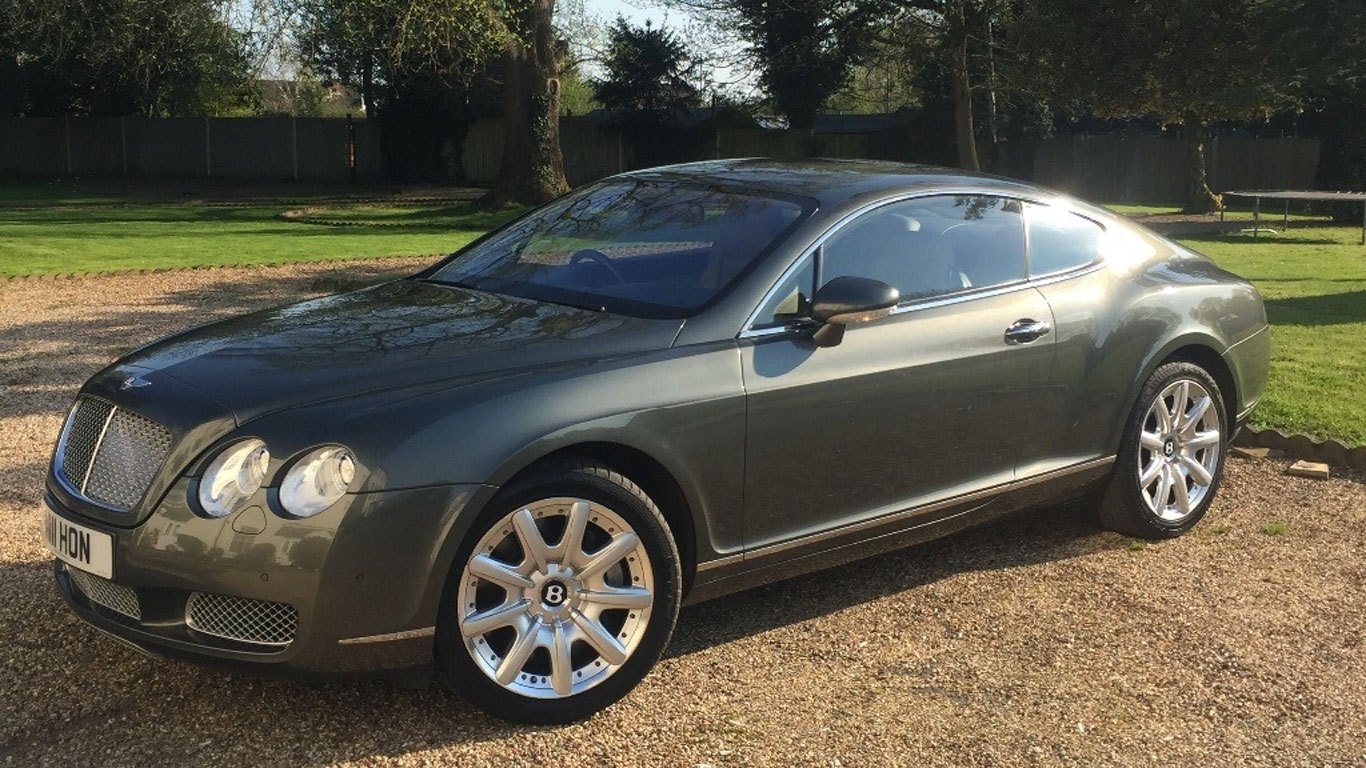 “Please do not mistake this car for a standard model, the first owners paid over £150,000 for it as they chose almost every available extra,” says the seller. The list of options is very, very impressive. Combine this with the low mileage and the price tag, and we reckon it’s the most tempting proposition of all the Bentleys featured here. As always, inclusion doesn’t represent an endorsement, so please do your homework before parting with your cash.