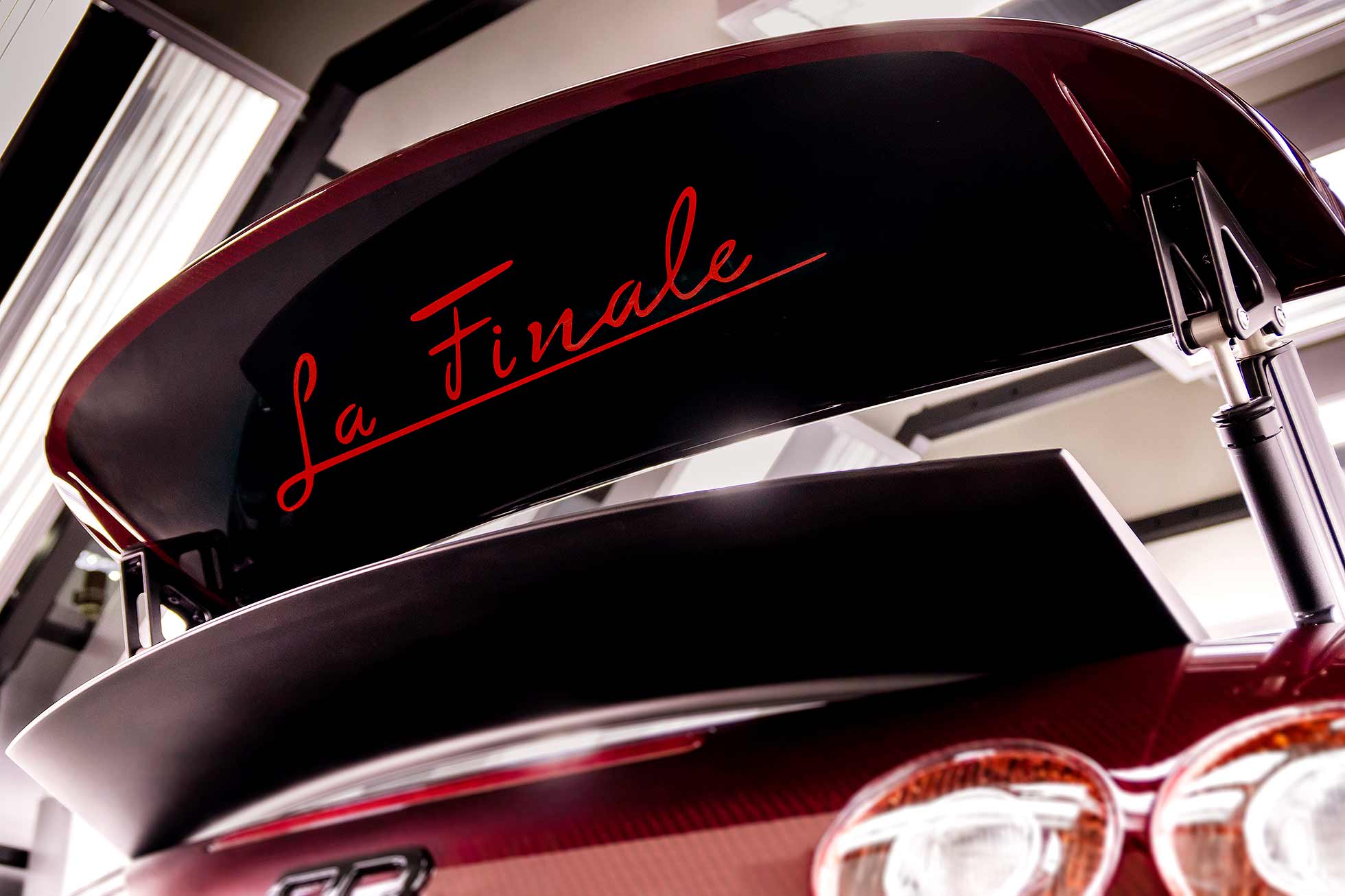 Bugatti will show the 450th and final Veyron at the 2015 Geneva Motor Show, confirming the last roadster model has been sold.

The final car, the Grand Sport Vitesse La Finale, will be the star of the firm’s Geneva stand, but will be strictly hands off as a customer in the Middle East has already bought it.

Every single one produced more than 1,000hp.

Indeed, this was one of the four original design goals of the original engineers – along with a top speed of more than 248mph, 0-62mph in less than 3.0 seconds and yet ‘still be suitable for driving to the opera in comfort and style’.

“In the Veyron, Bugatti has created an automobile icon and established itself as the world’s most exclusive supercar brand,” said Wolfgang Dürheimer, president of Bugatti Automobiles S.A.S.

“So far no other carmaker has managed to successfully market a product that stands for unique top-class technical performance and pure luxury in a comparable price/volume range.

“An unprecedented chapter in automobile history has reached its climax.”

Uniquely, Bugatti will show the 450th Veyron at the 2015 Geneva Motor Show alongside the very first car that left its Mosheim factory a decade ago.