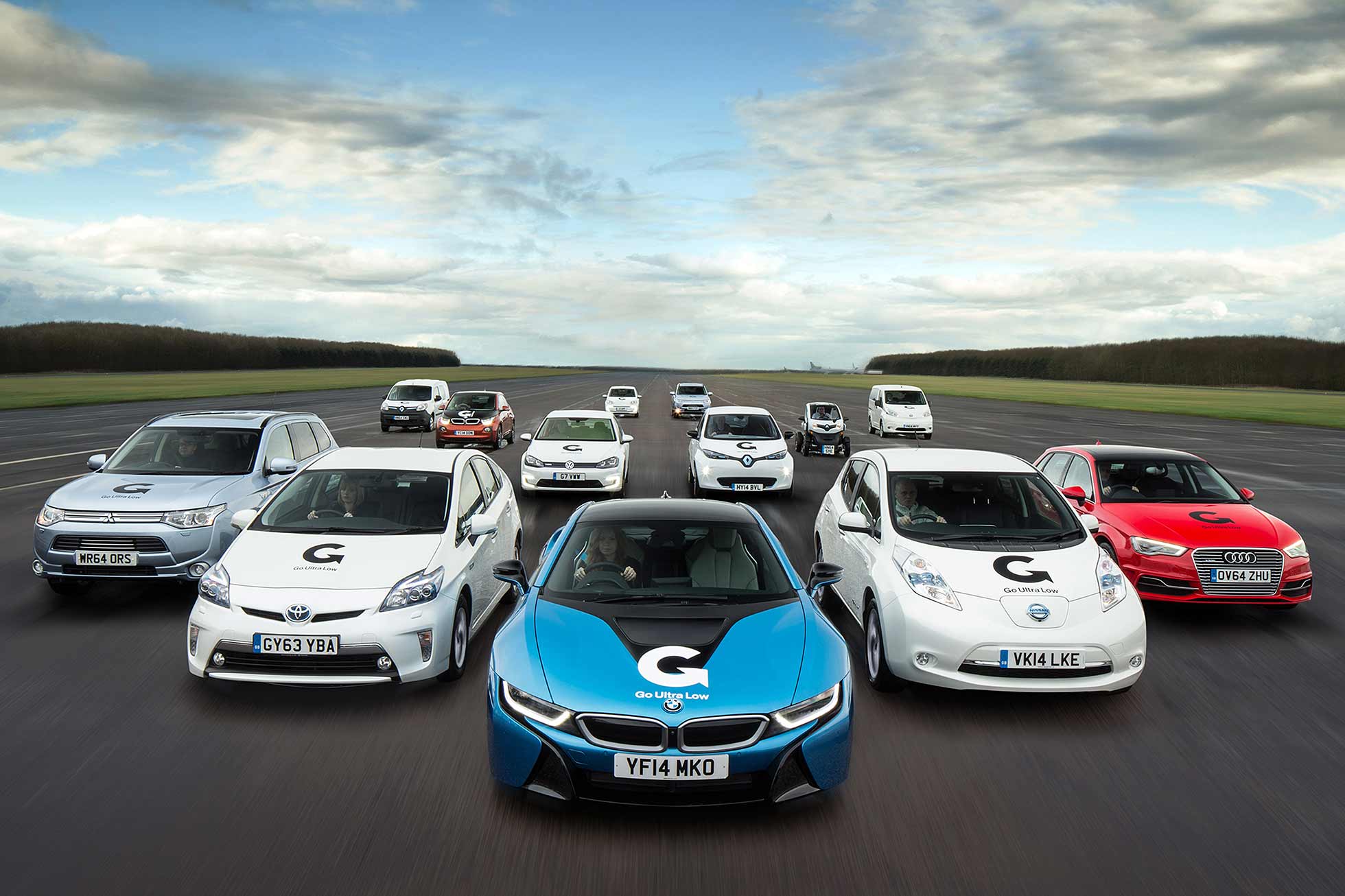 Sales of ultra-low emission vehicles (ULEVs) rose by more than 300 per cent in 2014 and now three more car manufacturers have joined the Go Ultra Low campaign to promote them.


Audi, Mitsubishi and Volkswagen join BMW, Nissan, Renault and Toyota to work with the government and SMMT to raise awareness of ULEVs.

The consortium of car manufacturers and the SMMT will work with the Department for Transport to showcase the cars, which officially must emit 75g/km CO2 or less. The three new brands takes the number of ULEVs on offer in Britain up to 15 cars.

All ULEVs are eligible for the government’s £5,000 Plug-in Car Grant.

The SMMT reports that sales of ULEVs topped 14,500 cars in 2014, growth of more than 300 per cent that Transport Minister Baroness Kramer reckons proves buyers “are increasingly seeing the benefits of ultra-low emission vehicles.

“We now have seven manufacturers campaigning to show the wide range of styles and prices available so even more people will see what’s on offer, and the significant government help available.”

Go Ultra Low spokesperson Hetal Shah added that “once people learn more about the benefits of these cars and vans, they’re keen to take action – and once they’ve tried them, they’re hooked”.

Low running costs are a major part of the appeal, they added: whereas a normal petrol or diesel car costs at least 10p per mile to run, ULEVs can cost as little as 2p per mile.