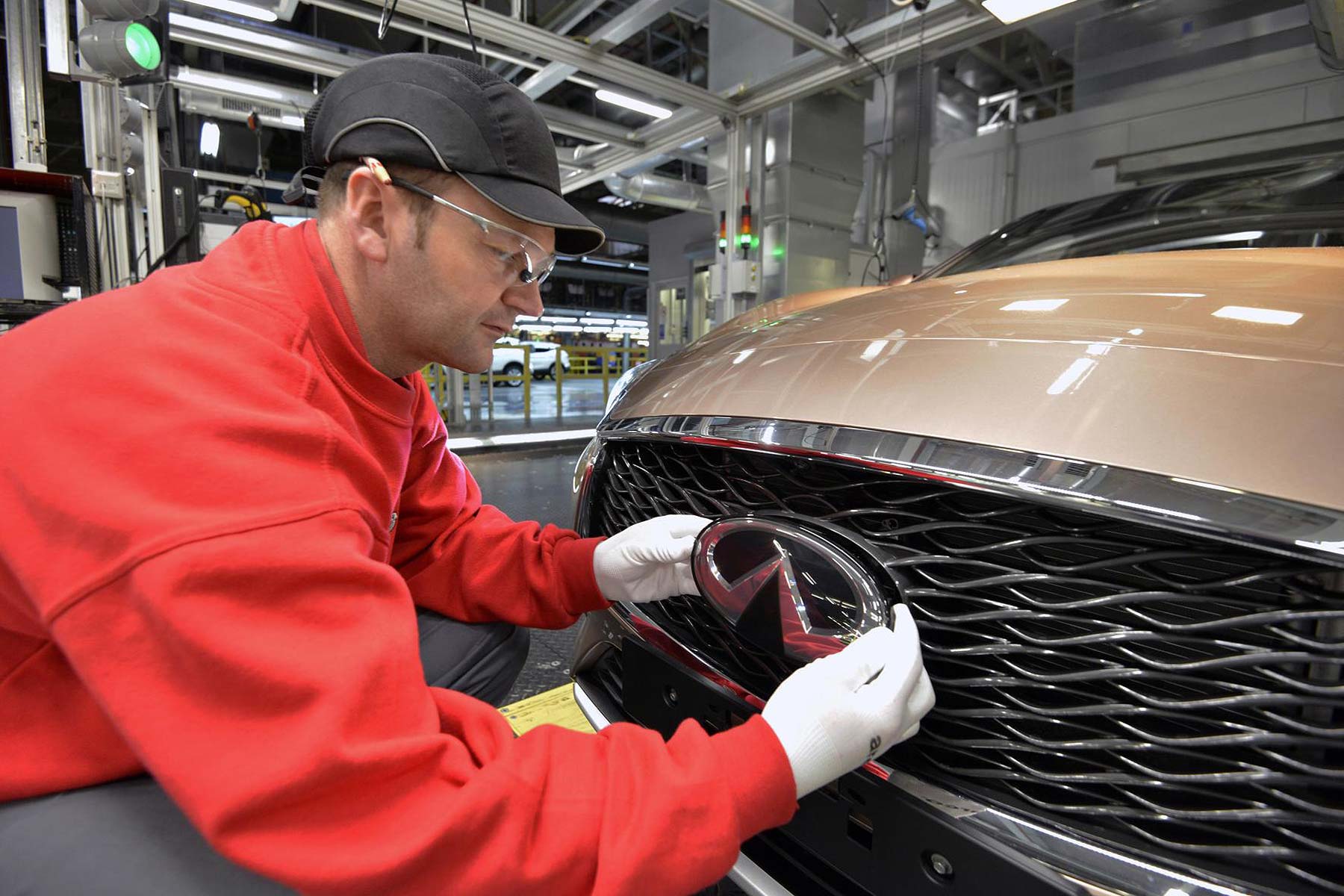 UK car production grew for the ninth month running in April 2016 – but it was demand from overseas, particularly Europe, that drove this growth, as British buyers actually bought fewer cars built in Britain last month.

It was demand from overseas for British-built cars that swelled production here: demand was up 23.7%, to nearly 122,000 cars. This means that 81.5% of cars built in Britain were exported, up from 76.7% last year.

And where are the majority of them heading? To Europe, which the SMMT says is by far our biggest export destination.

“This growth represents a significant endorsement of the strength and quality of the UK automotive industry.”

The SMMT adds that 160,000 Brits are directly employed in automotive manufacturing, which accounts for 11.8% of all UK exported goods value. This adds £15.5 billion of value to the UK economy and the industry helps support almost 800,000 jobs in total.