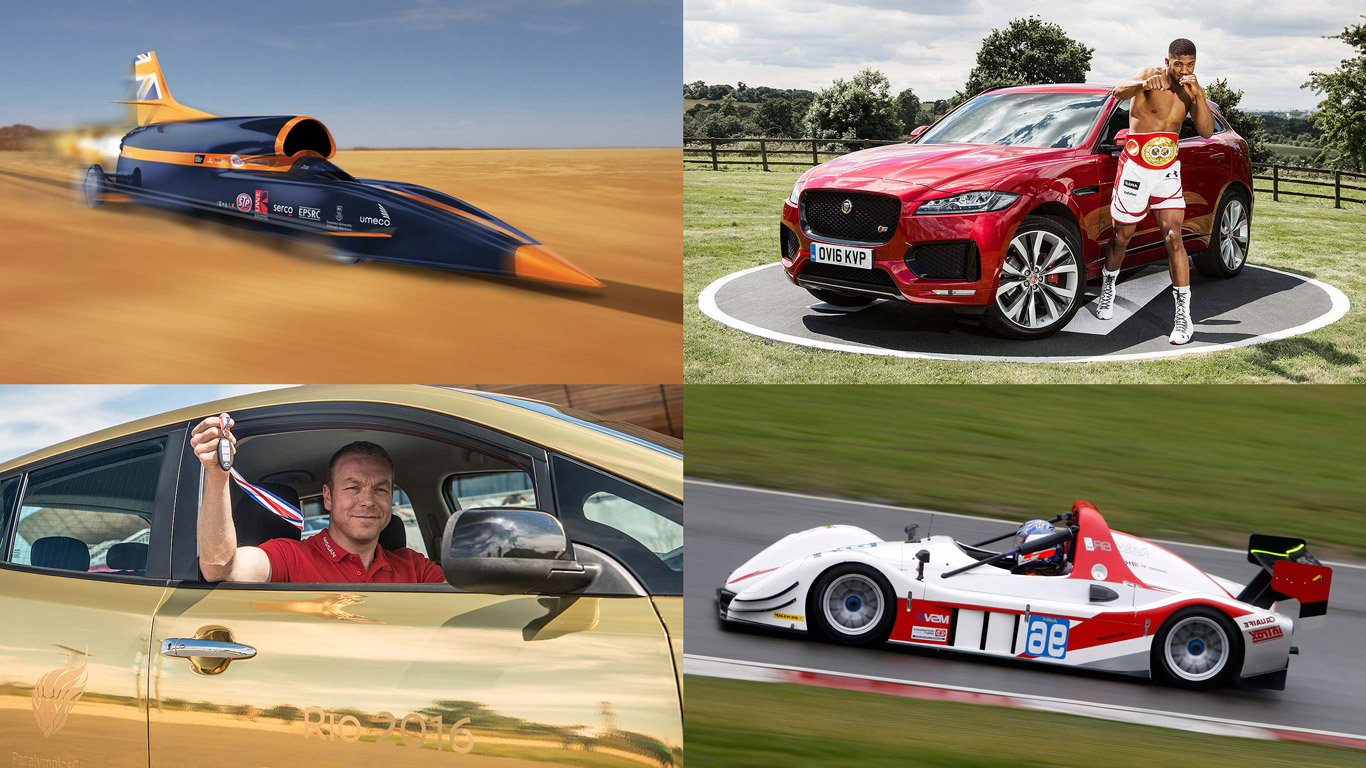 Team GB has outperformed all expectations in the 2016 Rio Olympics – but British automotive has been punching above its weight and beating the world for decades. We’ve selected some of the best world-beating cars produced in the UK.

You might not think of the Nissan Leaf as being a British car, but it is built at the firm’s Sunderland plant. It’s also the world’s best-selling electric vehicle, and all British gold medal winners at the Rio Olympics sponsored by Nissan are being given their very own Leaf – finished in gold, natch.

Launched in 1970, the Range Rover was the first true luxury SUV. Over time it’s become increasingly more upmarket, and now it’s seen as a status symbol worldwide. In the celebrity world, you’re nobody unless you drive a Range Rover. 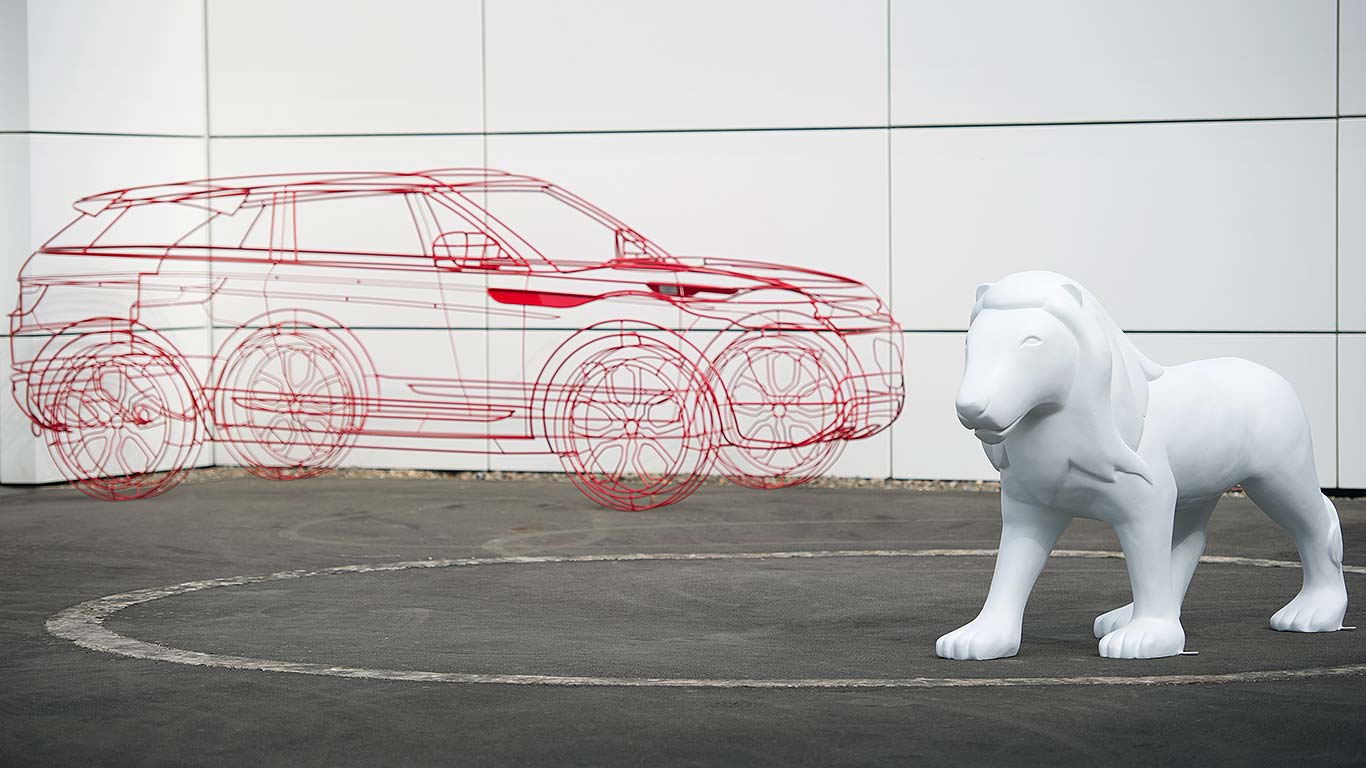 When Land Rover cashed in on the Range Rover brand in 2011, launching the smaller Evoque, some were sceptical. But it’s been a huge success – again, triggering a new sector: the premium crossover. Even a starting price of more than £30,000 hasn’t put off buyers – and rightly so, as it’s a hugely desirable car.

After 68 years in production, we saw the final Land Rover Defender leave the Solihull production line earlier in 2016. OK, that’s not entirely true – it’s only sported the Defender badge since 1991, and there are rumours that we’ll see another Defender. But still, the utilitarian workhorse has delivered aid around the world, and have become even more desirable since production ended.

Alec Issigonis’ original Mini was designed to a brief that it must fit into a small box of 10×4×4 feet. Intended to combat rising fuel prices, the Mini was never expected to become a fashion accessory. Yet production lasted more than 40 years with over 5 million sold worldwide – and its name lives on… 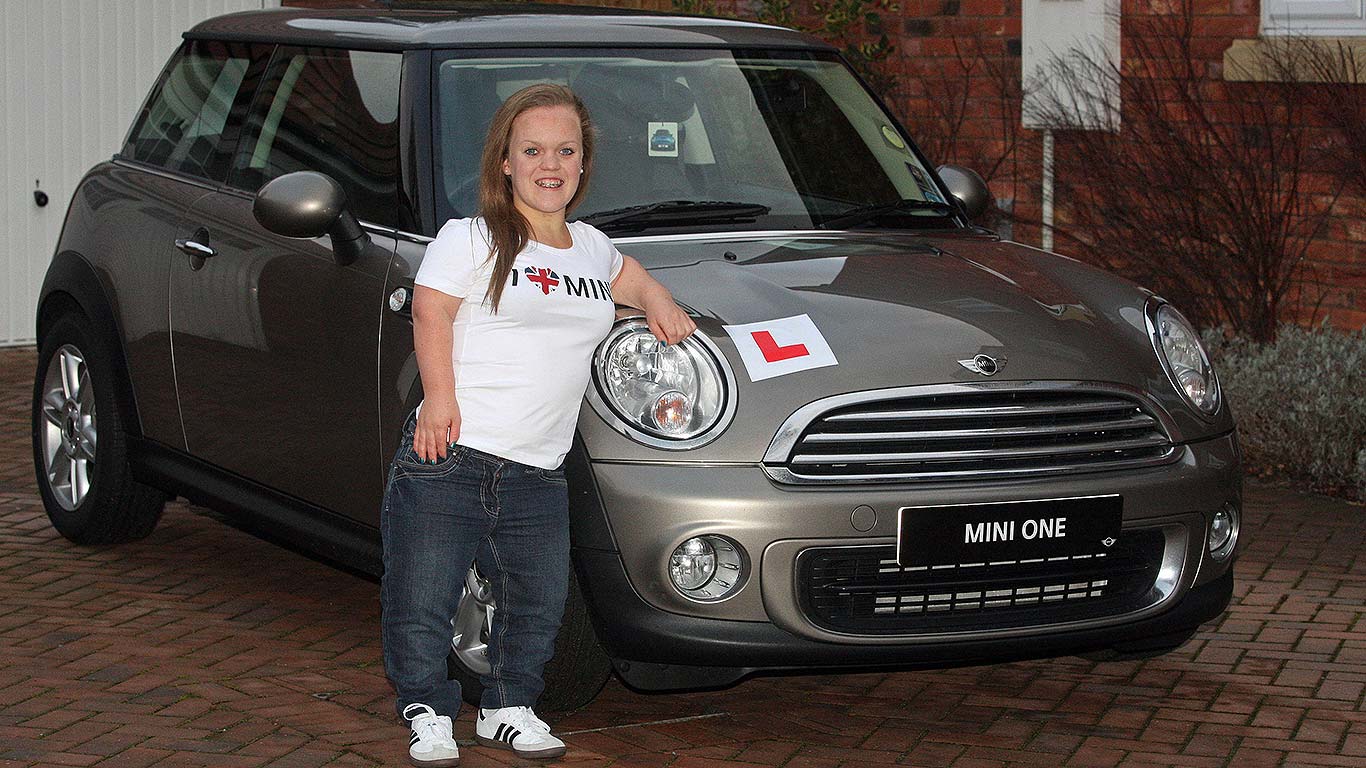 …In the new MINI, developed by BMW. This came about when BMW bought Rover before flogging it on and retaining the MINI brand, which built on the image of its historical predecessor. The new MINI, originally launched as a three-door hatch in 2001, is now available in a size and shape to suit every buyer. It’s a great British success story whose Plant Oxford factory was even incorporated into the 2012 London Olympics torch relay.

We’ve been celebrating all things Rio and Brazil this sporting summer: Ayrton Senna remains a true Brazilian sporting hero – but it was Britain who gave him his first taste of F1. On a chilly, drizzling Donington racetrack in 1983, Senna tested a Williams F1 car for the very first time, instantly wowing everyone in attendance. The rest is history for arguably the most iconic driver motor racing has ever seen.

It’s a car Enzo Ferrari described as ‘the most beautiful car ever made’. Launched in 1961, the Jaguar E-Type combined incredible looks with a 150mph top speed and sub-7.0 seconds 0-62mph time. It was also relatively affordable – no wonder it was such a huge hit. A success that, even today, Jaguar is desperately trying to recreate. 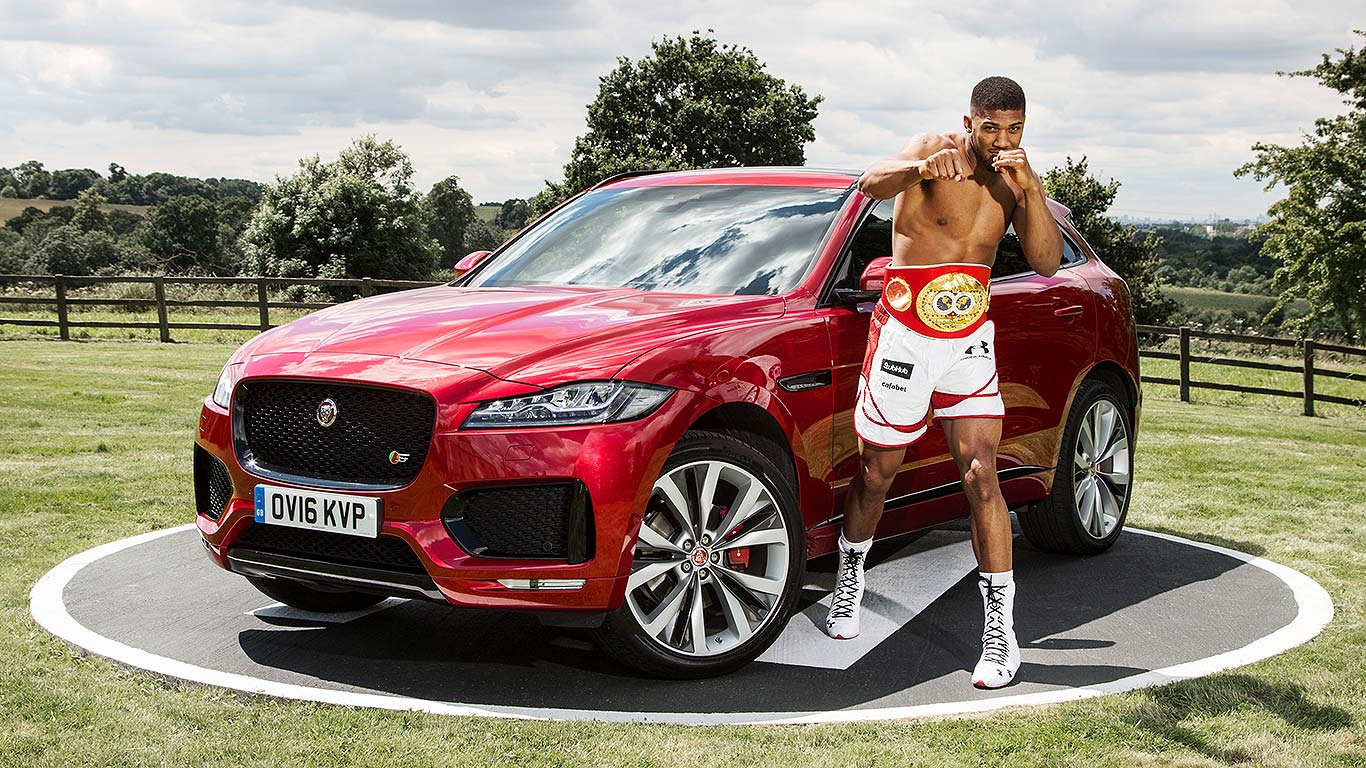 And here’s a Jaguar that could genuinely take on rivals from across the world. It’s too early to say whether the F-Pace will be a sales success, but early signs are promising. The firm’s first SUV is getting five-star reviews across the board, with many putting it ahead of German rivals.

The Jaguar XJ220 was the creation of the firm’s ‘Saturday Club’ – a team of volunteers working at evenings and weekends on a project with the aim of creating a supercar that could win Le Mans. Emission regulations and a desire for lightness (born from rivals such as the Ferrari F40), meant the intended V12 engine was replaced with a twin-turbo 3.5-litre V6. Despite this, it briefly held the title as the world’s fastest production car, capable of 217mph…

The McLaren F1 is what happens when a Formula 1 team (as McLaren predominantly was back then) launches a road car. It’s been dubbed one of the greatest road cars of all time – and broke records for its phenomenal pace when it was new in 1993. Powered by a 6.1-litre naturally-aspirated V12 engine sourced from BMW, the F1 could hit 60mph in 3.2 seconds and a top speed of 240mph. A true Ferrari (and Jag) beater. 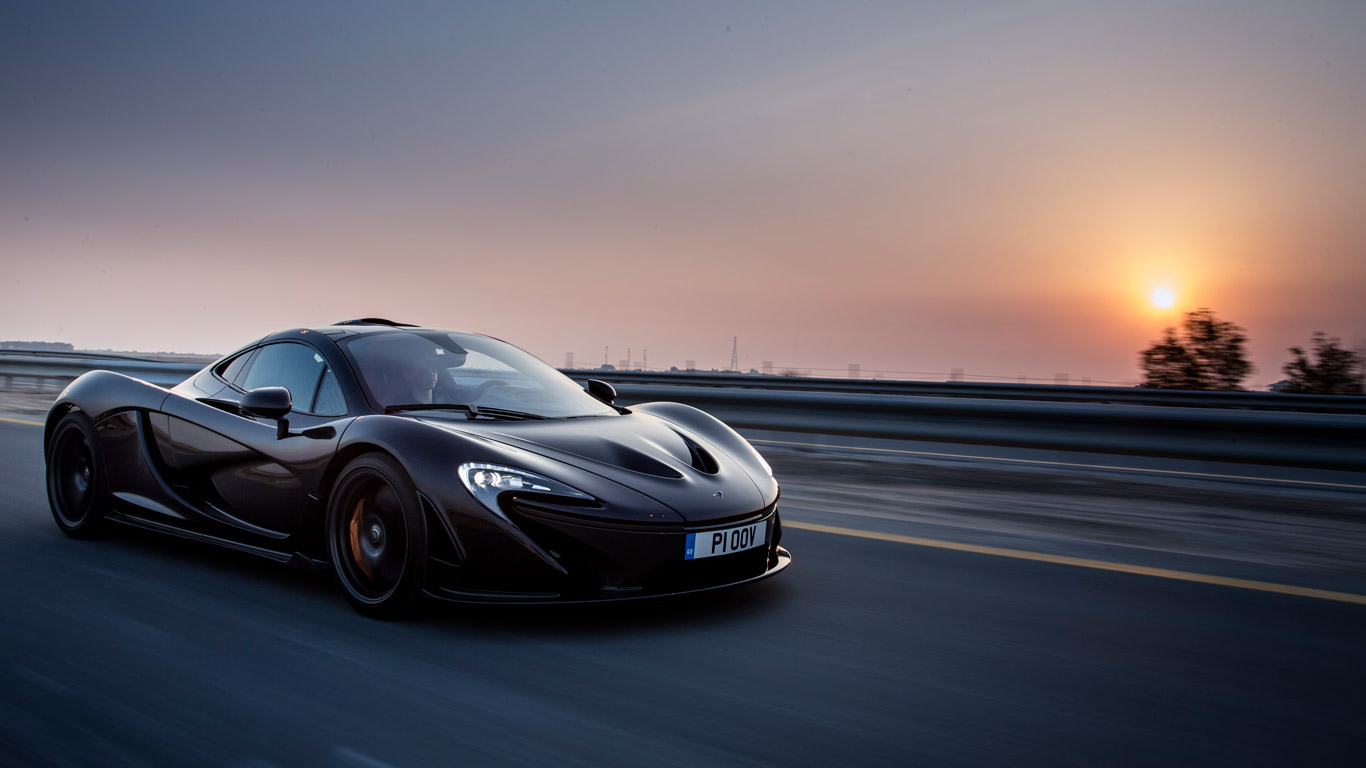 It’d be several years before McLaren produced a car as great as the F1. In 2014, the plug-in hybrid P1 arrived and took on the mighty LaFerrari and Porsche 918. The Woking-built hypercar can embraces F1 technology to achieve a 0-62mph time of 2.8 seconds and a top speed of 217mph.

No country is as dominant in Formula 1 motor racing as Britain. Fully eight of the current 11 teams racing today are based here: the dominant Mercedes-AMG team may have a German name but its HQ is in Brackley, just a few miles from Silverstone. Britain has produced the most F1 World Champion drivers too…

OK, we’re pushing it a bit here, but the Rover 25-based Streetwise was still a first: it was arguably the first modern crossover, predating the Nissan Qashqai for several years and proving to marketeers in rival car companies that mainstream buyers would find pseudo-SUV styling on a practical, affordable family car appealing. Today, off-road-style family cars are everywhere: MG Rover, alas, died in 2005. 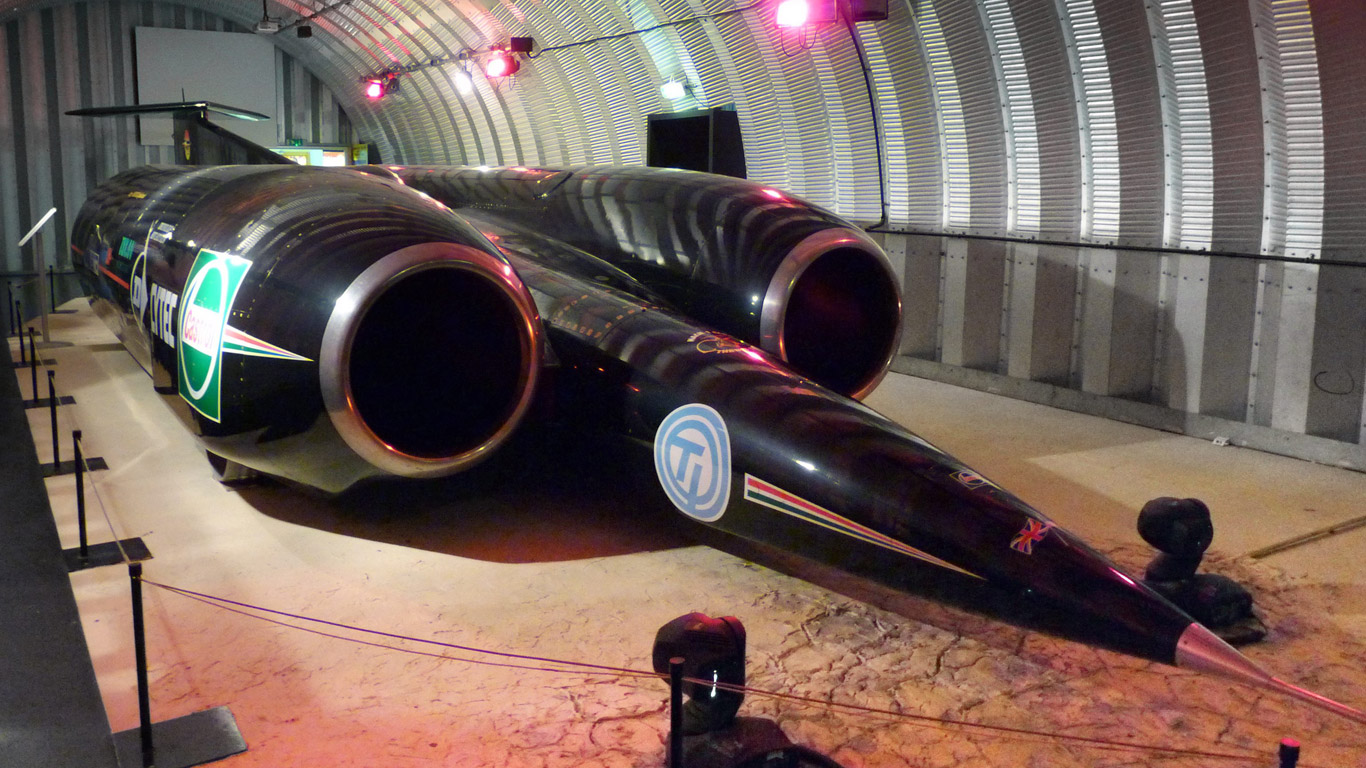 A desire to go faster than anyone else seems to be a theme for this gallery. The Thrust SSC is a jet-propelled car which hit a remarkable 763mph in 1997. It holds the World Land Speed Record to this day…

…But RAF fighter pilot Andy Green, who was driving the Thrust SSC when the record was broken, is now out to beat his top speed. He’s part of a team developing Bloodhound, which is designed to exceed 1,000mph. Test runs are expected to start in 2017, with a full-speed attempt scheduled for later in the year.

While we’re talking about speed-related world records, the Triumph Rocket has been designed in Britain with the aim of being the fastest two-wheeler in the world. It uses a turbocharged 1.5-litre three-cylinder engine, producing more than 1,000hp. In a bike… 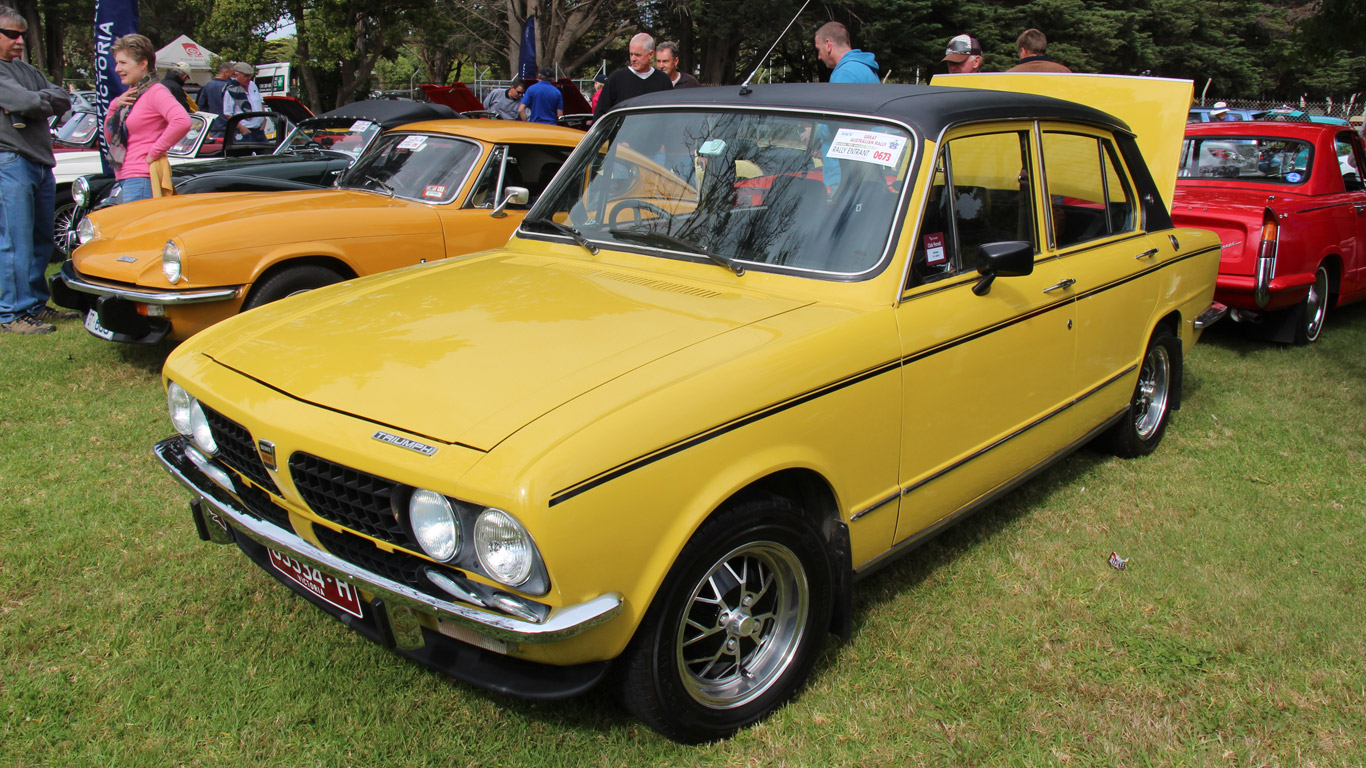 Engines with 16 valves were once only used in exotic sports cars: it was a British brand, Triumph, that popularised this high-tech engine advance. 16 valves means air can go in and out of the engine more freely, making it more powerful and efficient: most engines today have multi-valve heads and it was the Triumph Dolomite Sprint that led the way back in the mid-70s.

Five-speed five-door hatchbacks are the dominant type of new car today, certainly in Britain and many other European countries. The British car that set the template was the Austin Maxi, which boasted flexibility and spaciousness many a modern car would be envious of.

Dubbed ‘the British car to beat the world’ when it was launched alongside a patriotic advertising campaign in 1980, the Austin Metro sold in huge numbers: taking on the Volkswagen Polo and Ford Fiesta. It regularly topped sales lists in the UK, and outsold European rivals. 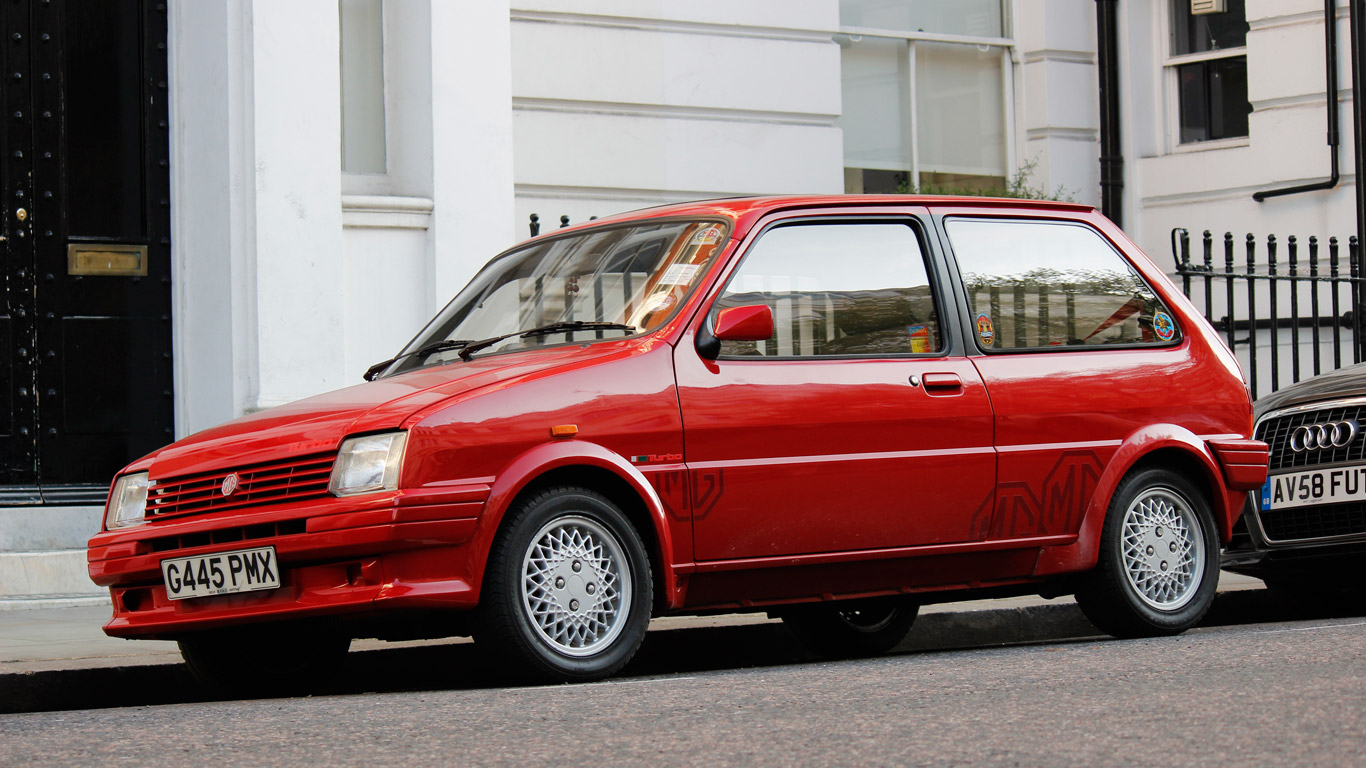 If your hot hatch doesn’t have a turbo these days, you’re nowhere. But, back in the 1980s, when everyone else was pushing out large-capacity engines with high-rev power, it was Britain leading the way with a high-output small-capacity turbo: enter the 1.3-litre MG Metro Turbo, complete with engine design by Williams F1 and chassis setup by Lotus. Developed on a shoestring, it was still a knockout in its day.

The UK holds some weird and wonderful world records: including one for the world’s fastest lawn mower. Capable of 116mph, the Mean Mower is based on a Honda HF2620 sit-on lawnmower, ‘tweaked’ (slight under-exaggeration) by the Japanese manufacturer’s British Touring Car Championship partner, Team Dynamics.

The Nürburgring is the German ‘Green Hell’ where manufacturers from around the world head to test their cars – but the fastest production car to lap the 12.9-mile circuit is actually from a small British manufacturer. The Radical SR8 RX is built in Peterborough and lapped the ‘ring in just 6:48. You could argue the Suzuki-powered sports car is pushing ‘road car’ boundaries, but still… 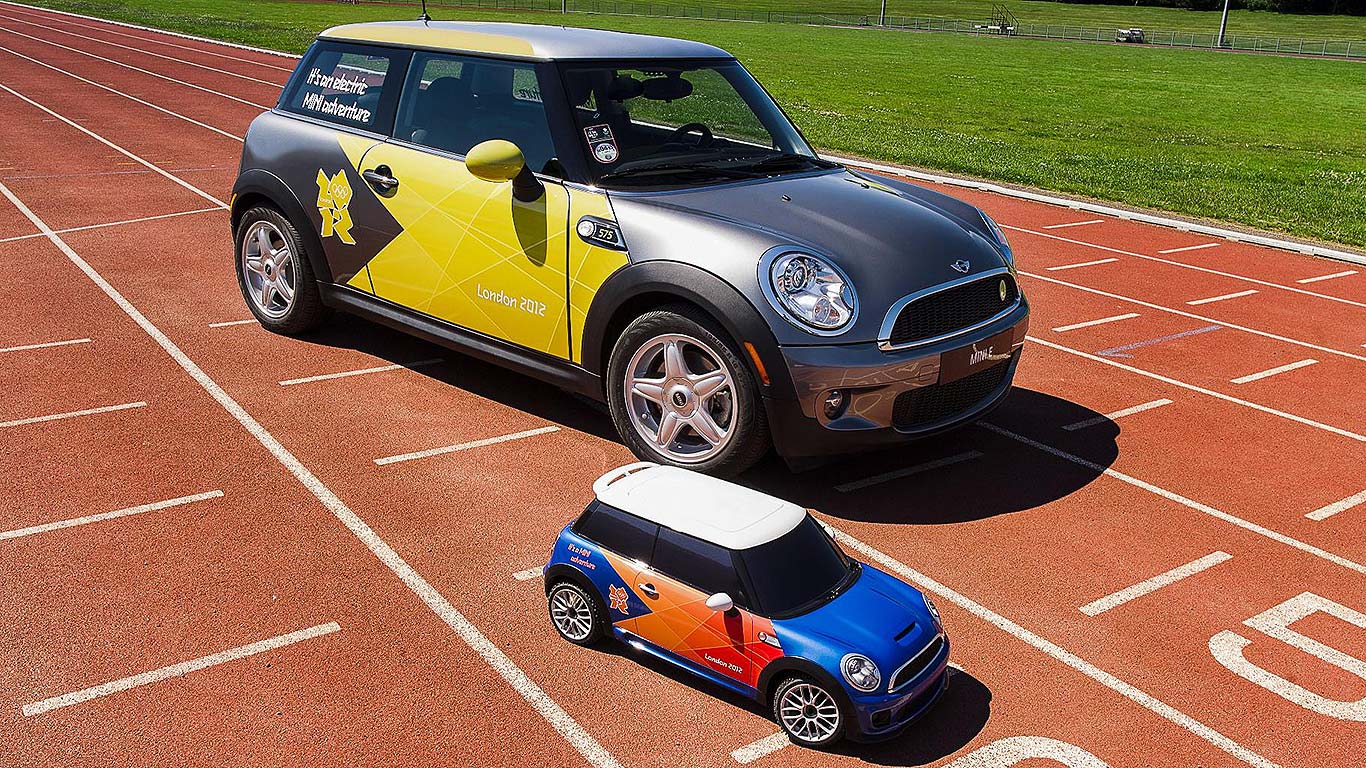 Unfortunately cars aren’t part of the Olympics just yet – although we’d argue that motorsport is infinitely more entertaining than some of the eclectic activities currently argue. This is the closest cars have come, though – the quarter-scale electric MINIs were used in London 2012 to collect javelins, discuses, hammers and shots before returning them to competitors.

The European Car of the Year prize is known the world over, and has been running since way back in 1964. But what was the very first car to win it? Yes, it was British – the oh-so fine Rover 2000 P6. Britain followed it up a year later, too, with the oh-so clever (but hardly beautiful) Austin 1800.

Think carbon fibre is the ultimate lightweight material for the cars of the future? Think again: Graphene was discovered in 2004 in Manchester, and is the world’s first 2D material. 200 times stronger than steel, it’s already being used in Automotive: the radical BAC Mono single-seater road car uses Graphene as part of its construction. 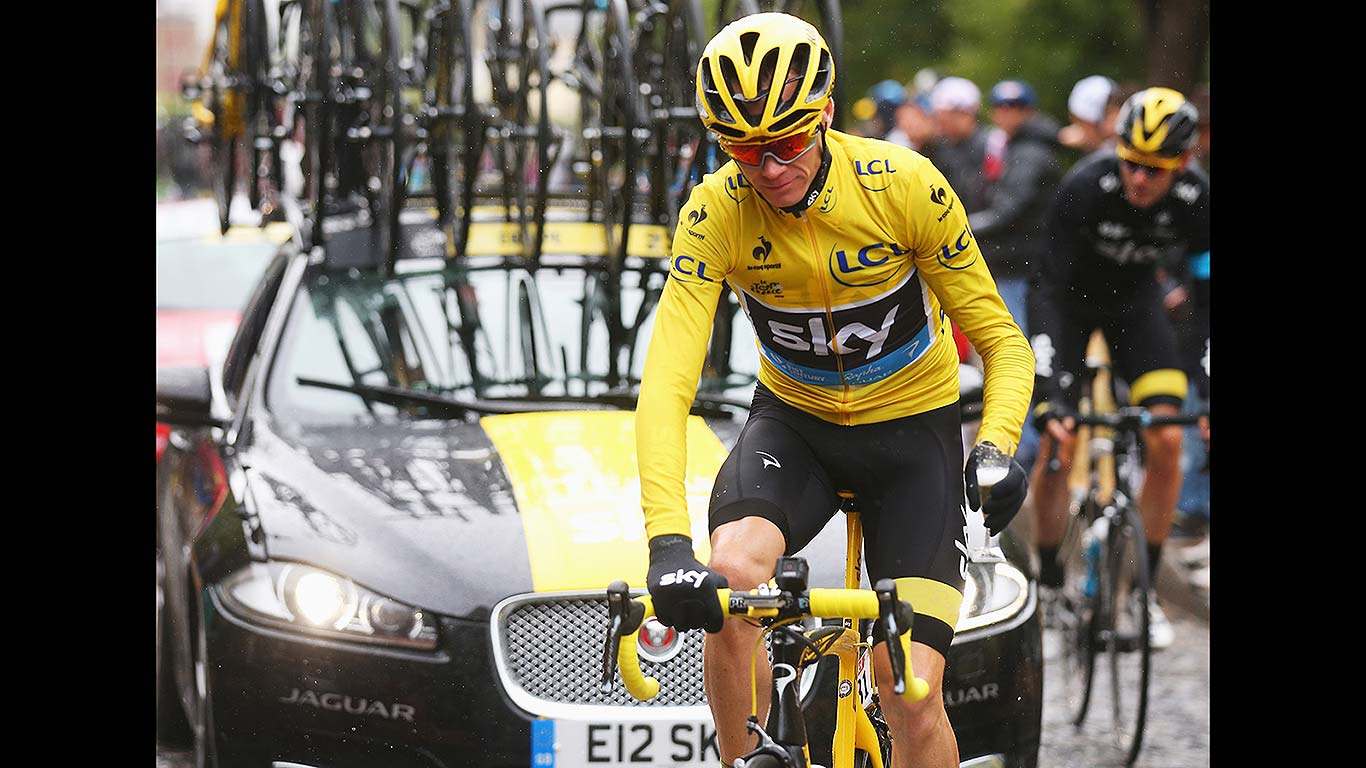 Jaguar and Team Sky have gone their separate ways this year – but the partnership, initiated in 2010, has led to British-built Jaguar XF Sportbrakes becoming synonymous with cycles races including the legendary Tour de France.

The cars of the Olympic Games