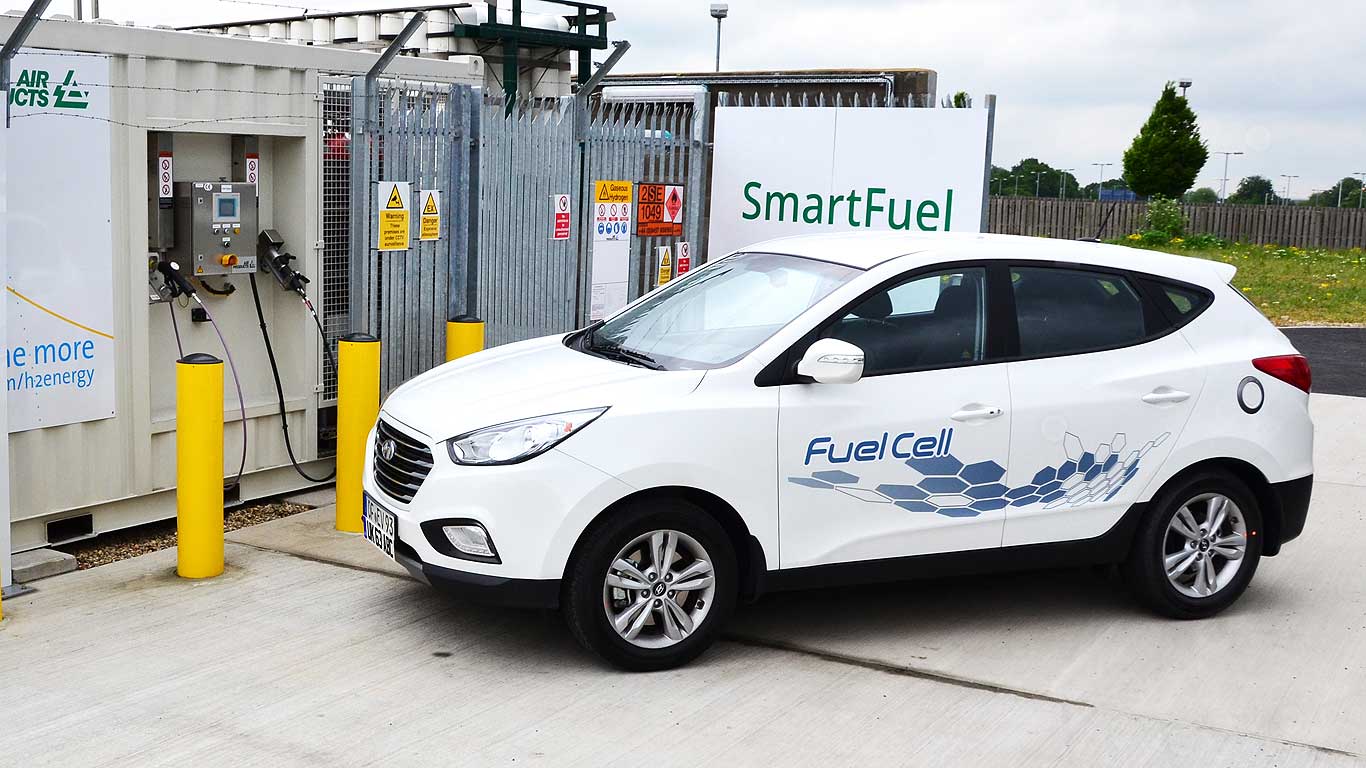 Sainsbury’s is to open the UK’s first hydrogen dispenser pump at a regular supermarket filling station forecourt in London.

The Hendon hydrogen fuel dispenser will go live by the end of the year and mark another landmark in the fledgling green fuel’s commercial uptake.

Avishai Moor, fuel & kiosk category manager from Sainsbury’s said: “Hydrogen vehicles are both environmentally friendly as well as efficient so we are really excited about being the first UK supermarket to trial this new technology and make it accessible to our customers.”

Air Products will own and run the Hendon hydrogen filling pump and says it’s part of a big project to create a UK-wide hydrogen transport system. The London Hydrogen Network Expansion is part of this plan and is helping link small individual projects to create a complete hydrogen network.

Hydrogen buses are already running in parts of London, said the firm, as are hydrogen taxis, and hydrogen hybrid vans are already delivering goods to consumers too. “Hydrogen isn’t a fuel of the future, it’s a fuel for today,” said Air Products.

“Making hydrogen technology available at a supermarket for the first time is another big step in encouraging the use of cleaner, greener fuels to reduce air pollution and protect the nation’s health,” said Diana Raine, Air Products’ hydrogen energy business manager.

“We’re already leading the charge with a network of hydrogen stations across London and this additional station will set us in good stead for the UK arrival of commercially available hydrogen vehicles over the next few years.”