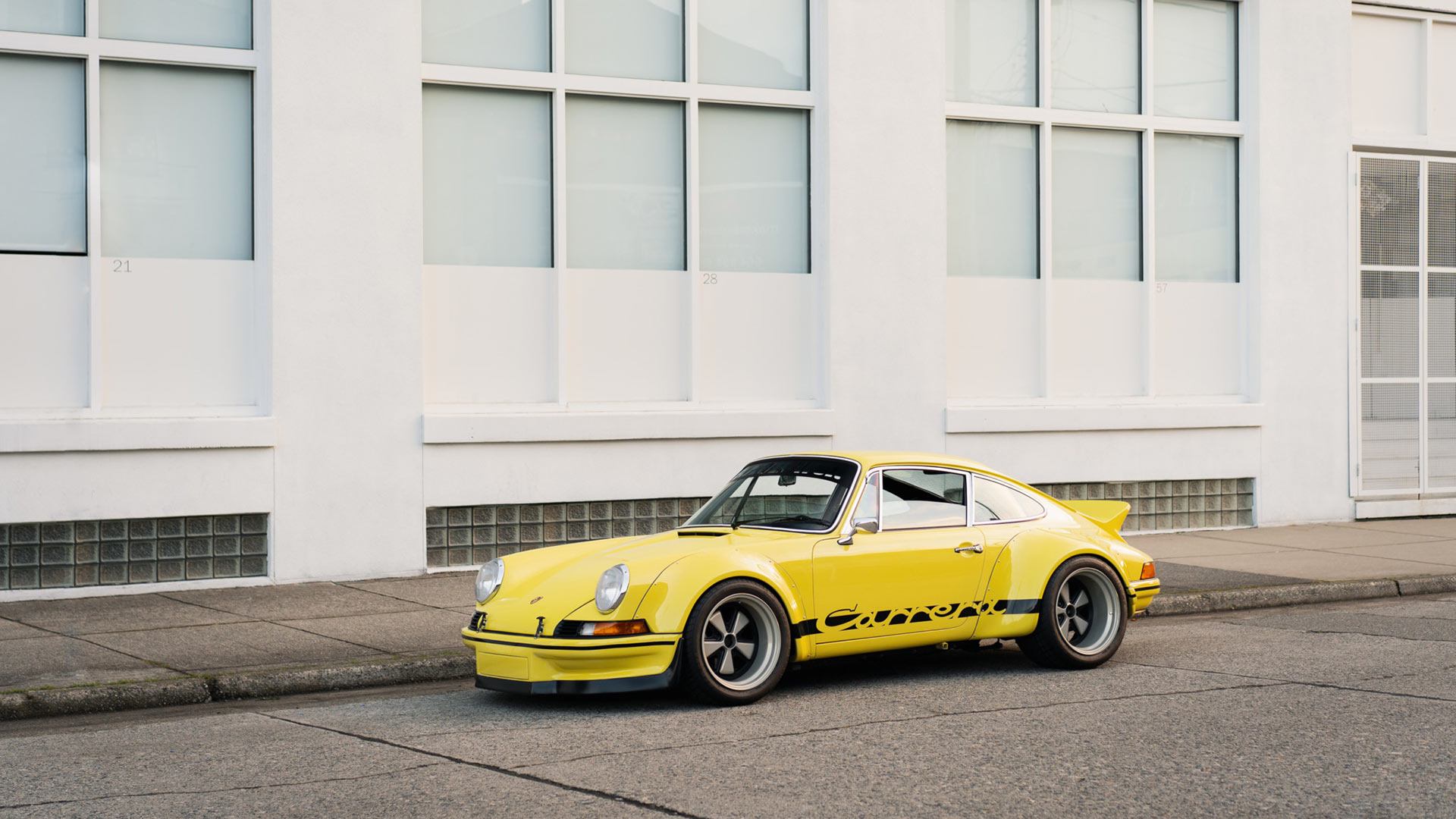 The all-new Volkswagen Golf GTI might feature hints of tartan on the inside, but that is nothing compared to the interior of this modified Porsche 911.

But this is not just any German sports car, but one that has been specially modified by Japanese tuner Rauh-Welt Begriff (RWB).

From the exterior made to look like an original Carrera RS, to the upgraded engine and wide wheels, nothing has been left untouched. 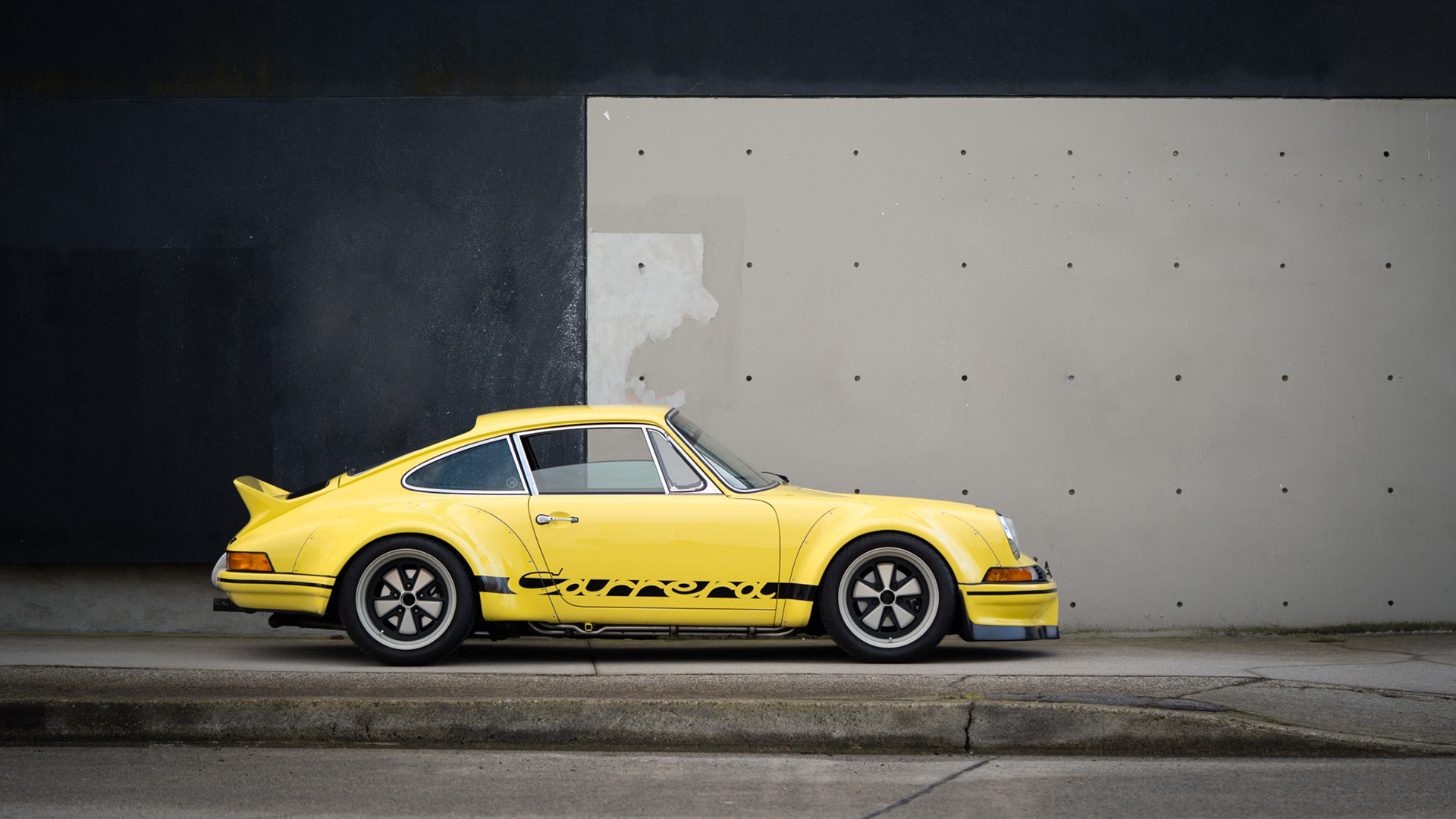 Currently available for auction on Bring a Trailer, this car began life as a regular 1987 Porsche 911 Carrera coupe. The car lived in Texas and California, before the RWB conversion in 2015.

Founded in Japan, Rauh-Welt Begriff creates bespoke 911s for customers across the globe. Founder Akira Nakai travels the world to fit the bodywork to each custom car the company builds, giving each a unique touch.

Translated as ‘Rough World Concept’, RWB typically takes inspiration from Porsche GT race cars from the 1990s. However, this one has been inspired to look like the desirable Carrera RS from the 1970s. 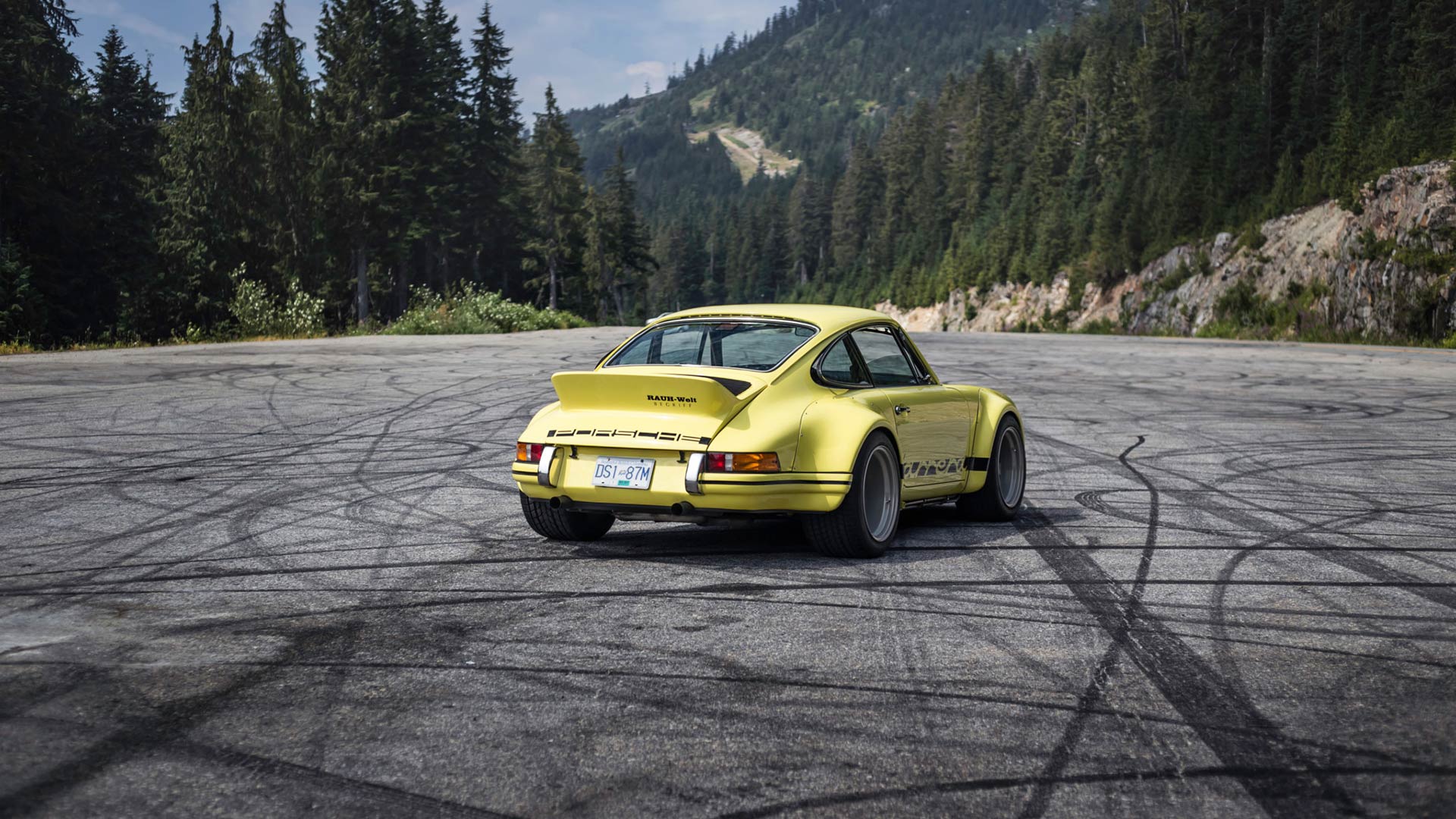 Before the RWB conversion, the Porsche was repainted in Light Yellow. The sunroof was removed, the fuel filler was moved to inside the front trunk, whilst the passenger-side mirror and windshield wiper were also chopped.

The widebody RWB kit added new bumpers, a lengthened hood, and a rear engine cover with a ‘ducktail’ spoiler. Carrera decals were added to the side, along with a RAUH-Welt graphics on the windshield and spoiler. 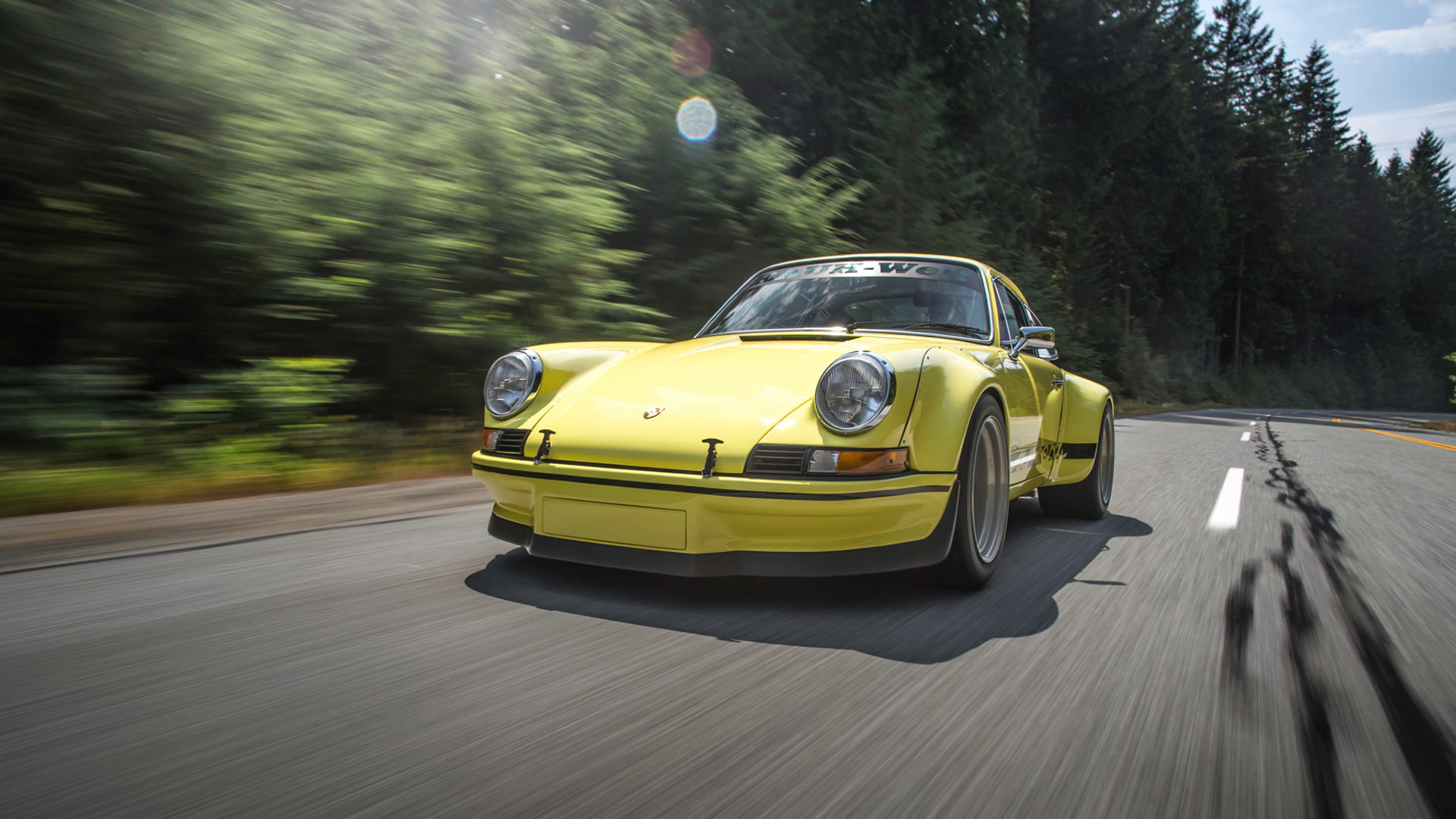 To ensure the 911 sits right, a set of three-way adjustable Moton coilovers were installed, with 17-inch Fuchs-style alloy wheels. Brake calipers and rotors were all replaced in 2018.

The air-cooled 3.2-liter flat-six engine has also been enhanced, with Jenvey individual throttle bodies fitted. A new ECU was installed to control it, whilst a Fabspeed catalytic bypass is mated to a dual-exit exhaust.

Although performance figures are not quoted, the work should mean this Porsche produces more than the 217 horsepower if originally left the factory with.

Not so mellow yellow 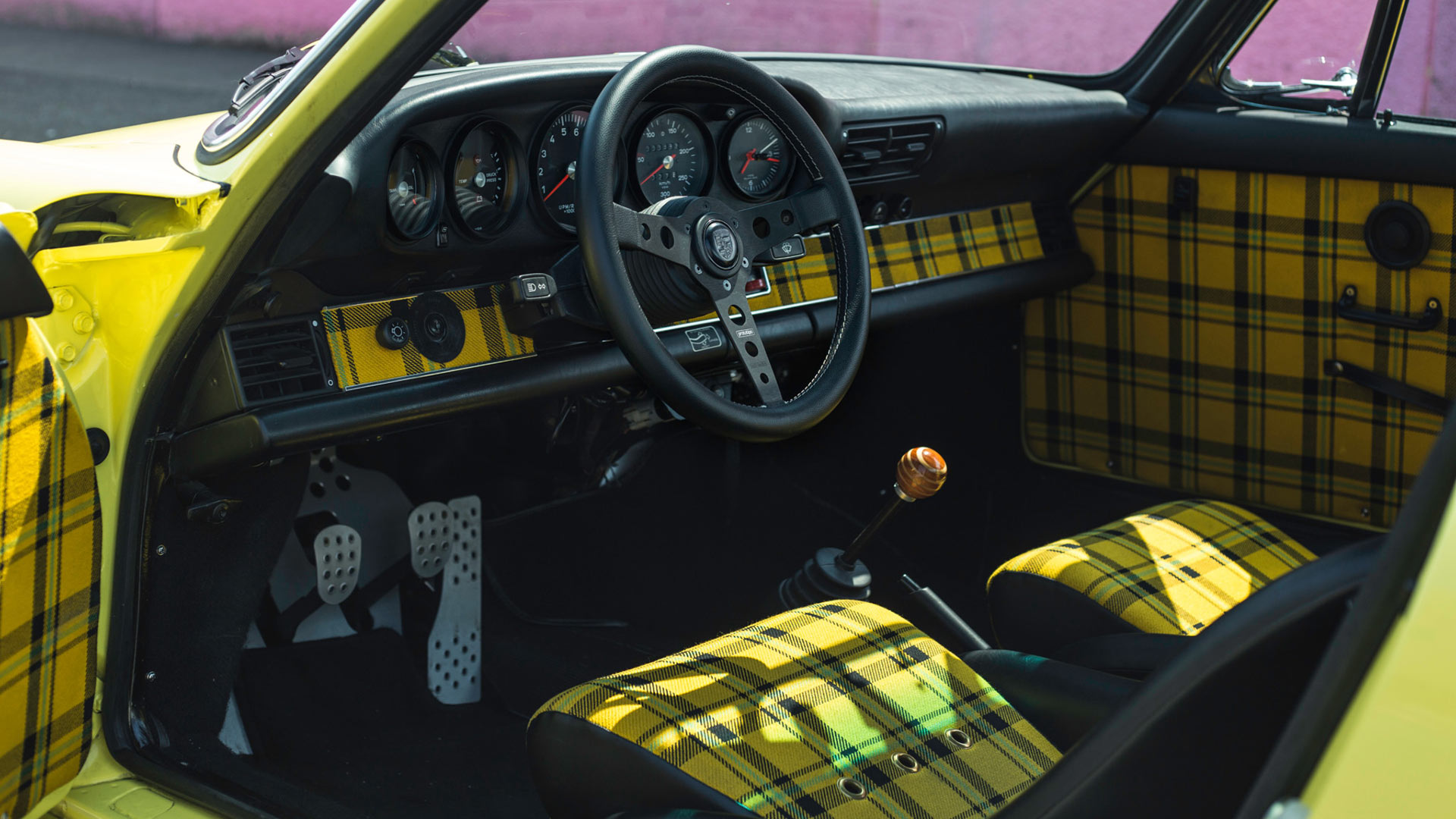 A five-speed manual transmission is controlled by a shifter topped by a Porsche 917-inspired wooden shift knob. It is one of the subtler parts of the interior, which is finished in a dramatic yellow tartan upholstery.

The incredible yellow material covers the inserts for the sport seats, door cards, dashboard, and the storage bins replacing the rear seats. It makes for a bold statement, but one that works with the overall image of the car.

Creature comforts like electric windows and climate control have been retained, whilst RWB also installed a MOMO Prototipo steering wheel. 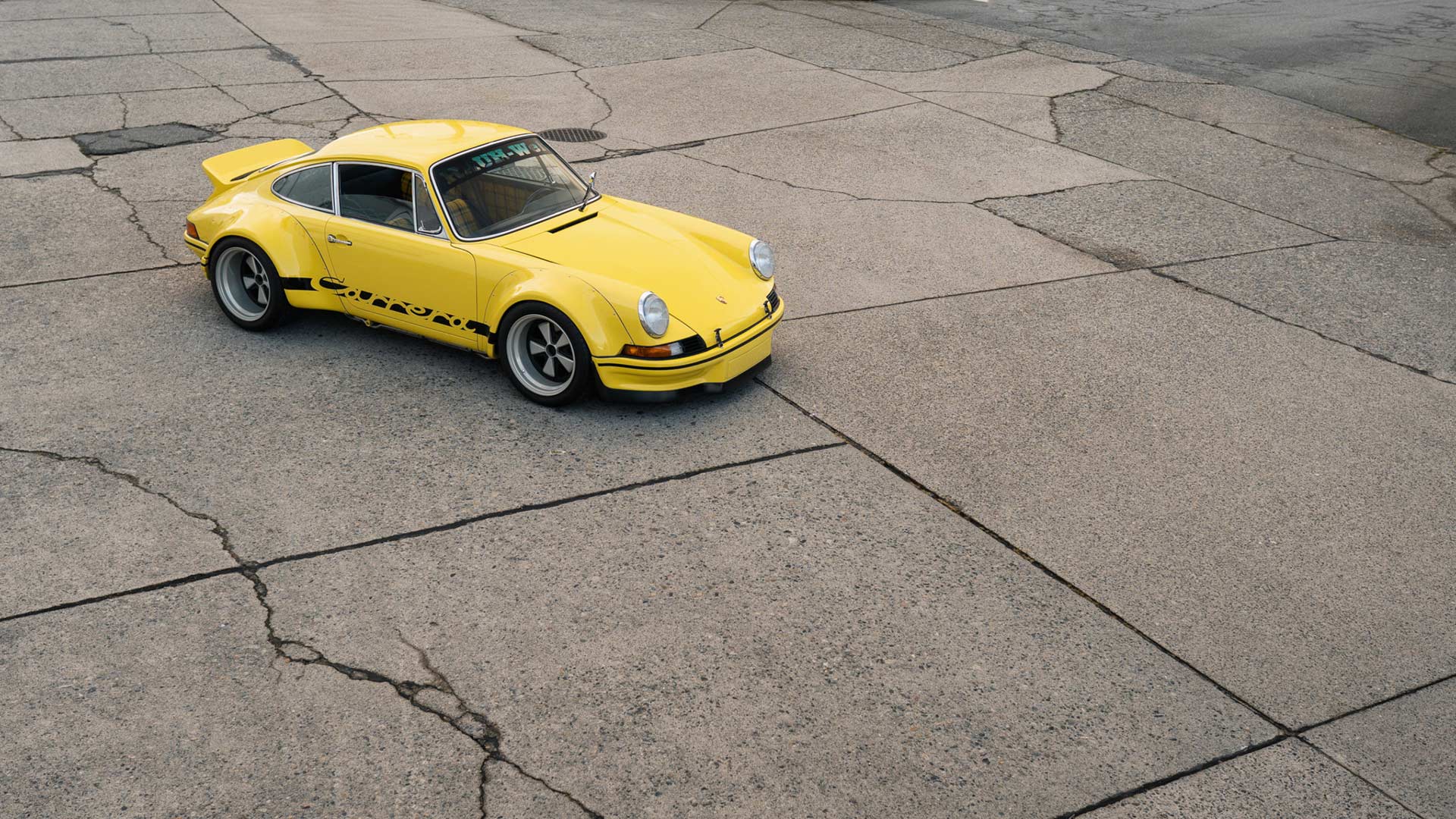 Attempting to put a price on a RWB Porsche is not easy, given the uniqueness of each build. That this car was featured in Super Street magazine, and driven by Porsche tuning icon Magnus Walker, will only help the desirability.

The overall mileage covered by the Porsche is unknown, although 7,000 kilometers have been added since the car moved to Canada. Located in Vancouver, the Porsche is being sold on a British Columbia registration.

Being such a rare vehicle, the RWB 911 has already provoked many comments on Bring a Trailer. The auction runs until Wednesday, March 4th, leaving plenty of time to prepare for that interior.