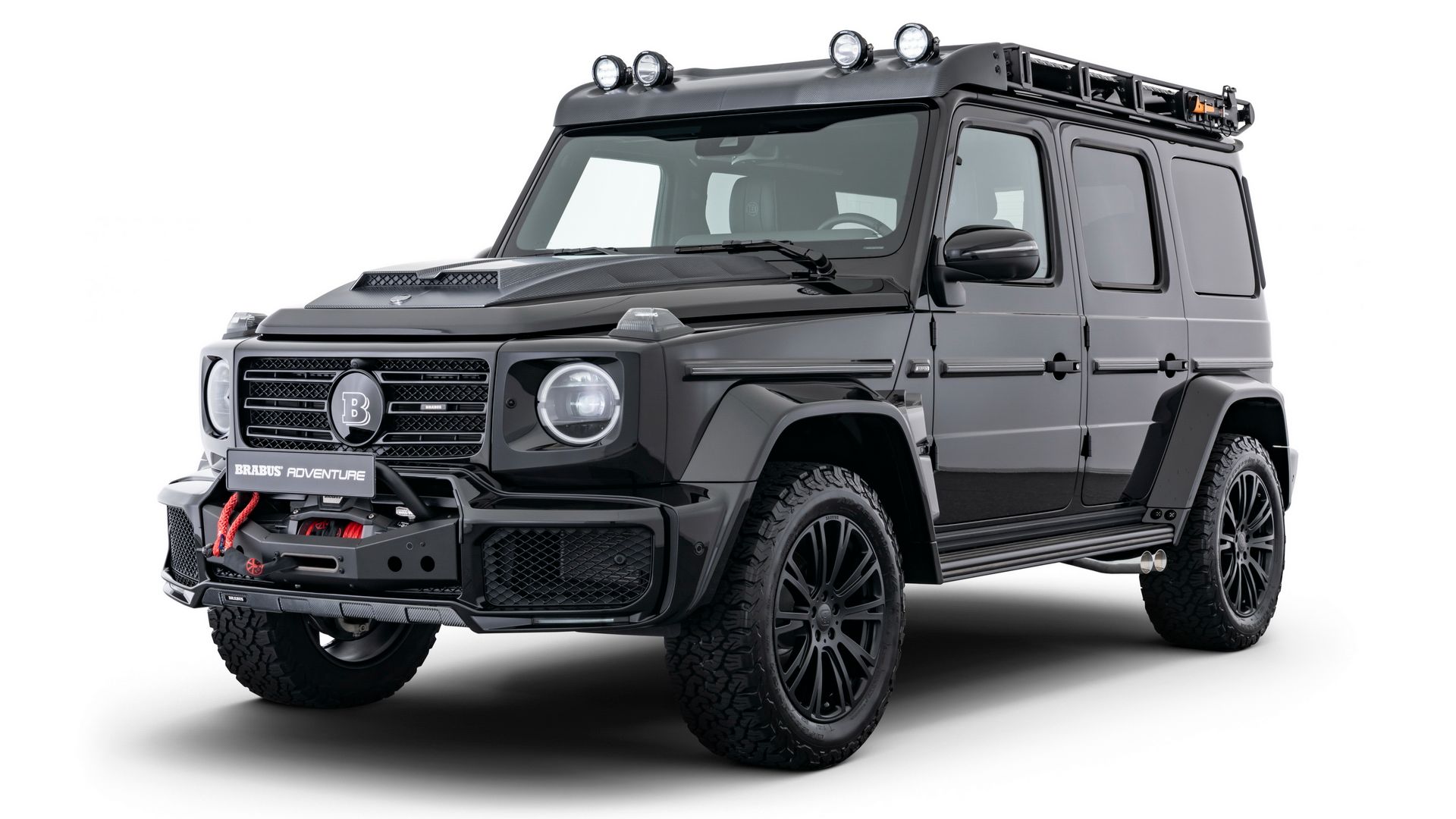 Brabus’ latest modified Mercedes G-Class 4×4 has taken a bit of a turn to the left-field.

While you might expect the Merc modder to busy itself fitting these cars with twin-turbo V12s and big wheels, the ‘Adventure’ version is dedicated to off-roading.

Though still based on the Widestar, the Adventure adds gnarly off-road tyres and suspension that allows 40 mm (1.5 inches) more ground clearance. Brabus has also added a winch, roof-mounted luggage rack with spotlights and a ladder at the rear.

The Brabus Adventure is also perhaps the only off-roader that comes with skid plates made from carbon fibre. Out back, Merc’s standard spare wheel mount is gone. In its place, a sinister-looking black tubular item that swings out. Contained within is a monster spare, to match the four on the car. 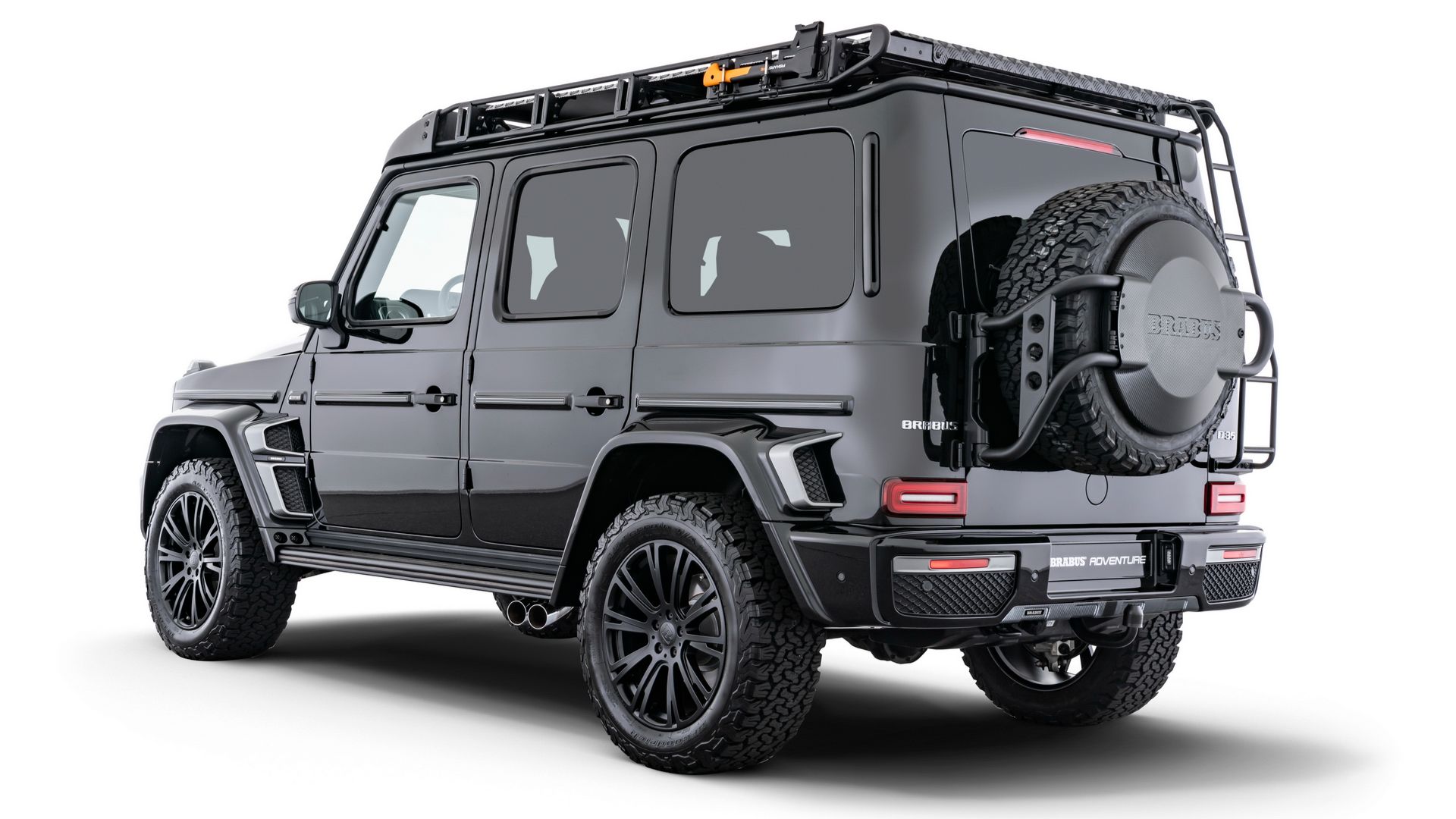 Especially interesting is that this is a package aimed mostly at those who bought the diesel G350d, rather than the full-on AMG. You can, but the package has been launched with the G350. It wouldn’t be Brabus if there weren’t performance upgrades, though, and the diesel Adventure is no exception.

From a baseline of 286 horsepower, Brabus boosts the 3.0 straight-six diesel to 330 horsepower. Torque is also boosted to 509 lb-ft. The engine upgrades are warrantied for three years and 60,000 miles. Just because it’s a diesel, that doesn’t mean you escape having flashy exhausts – AMG-style side-exits feature, too. 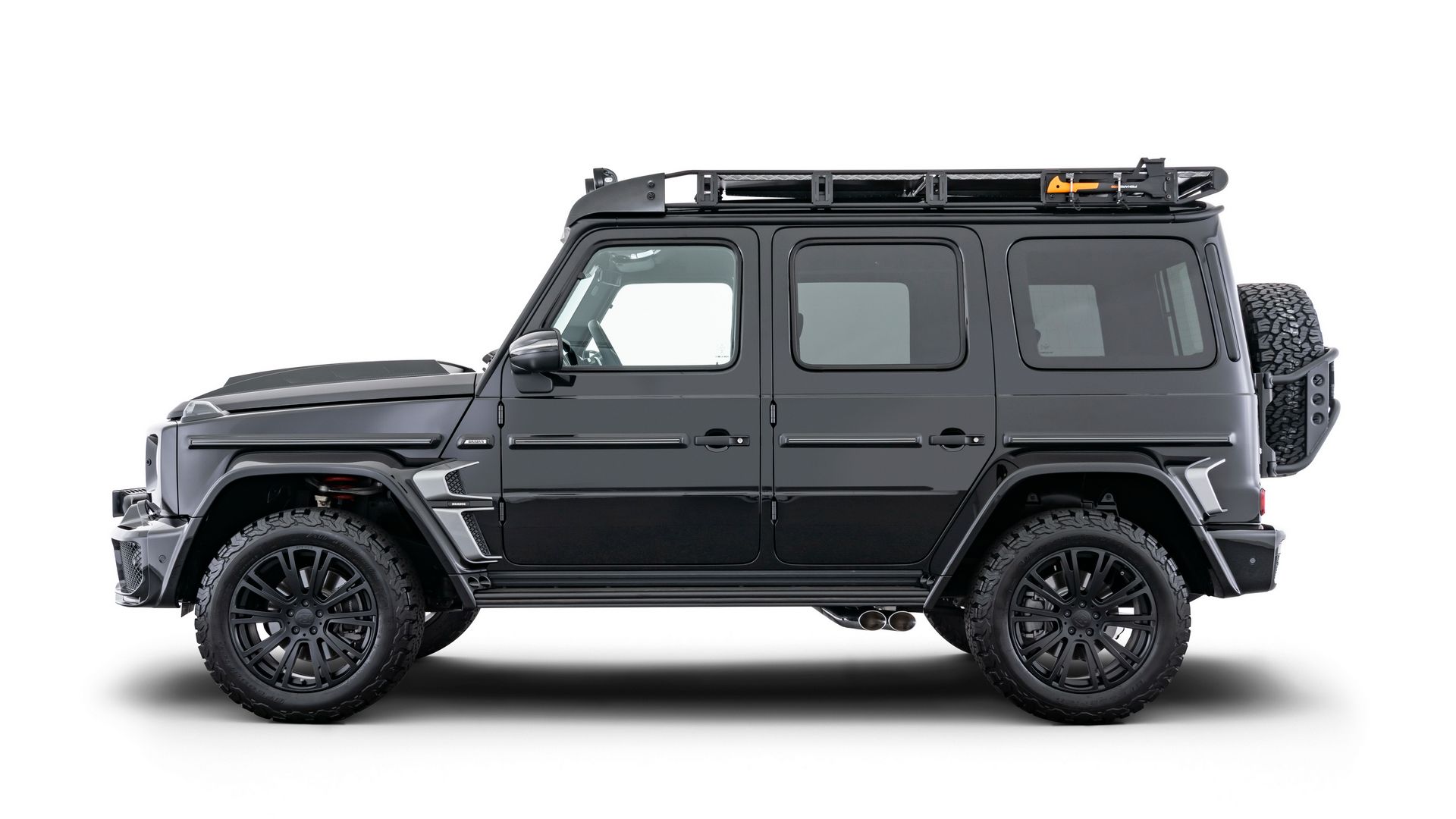 While this is the ultimate off-roader, rather than the ultimate urbanite, Brabus hasn’t forgotten to work its magic on the inside. It’s the usual fare for the outlandish tuner, with quilted leather appointment and custom alloy trimmings.

It’s a refreshing change of pace for Brabus, to be preparing a G-Class for off-roading rather than the urban jungle. That said, we do wonder whether any cars that are fitted with the Adventure kit will see a drop of mud on their travels…