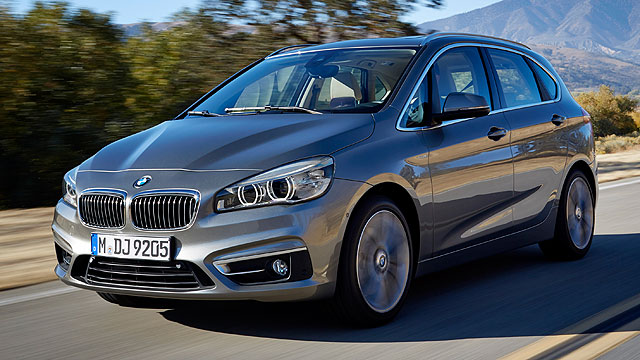 BMW has been threatening to make an MPV for some time. Now, it’s officially here: the 2 Series Active Tourer. What do you reckon?

You can sum it up quite simply: this is BMW’s answer to Mercedes-Benz B-Class. And, just as that car is the uglier sister to the lovely A-Class, so the 2 Series Touring is the, um, more practical sibling to the stock 2 Series range.

That’s not all, either. This is also the first-ever front-wheel drive BMW, based on a variation of the same UKL platform also seen in the new MINI. We can thus assume it will be very impressive to drive, despite the switcharound in driven wheels (and how many people carrier buyers really care for rear-wheel drive dynamics?).

However, it’s saying something for the shock of the concept that even the loss of a BMW driving fundamental isn’t the headliner here. But is it the styling itself that’s the eyebrow-raiser, or simply the fact that it’s BMW’s ideals translated into a 1.5 metres tall MPV shape? At least the rear overhangs are short and the long wheelbase gives it a strong stance, while the sculpting in the side panels takes out some of the visual height there. Check out the Hofmeister kink in the windowline too. 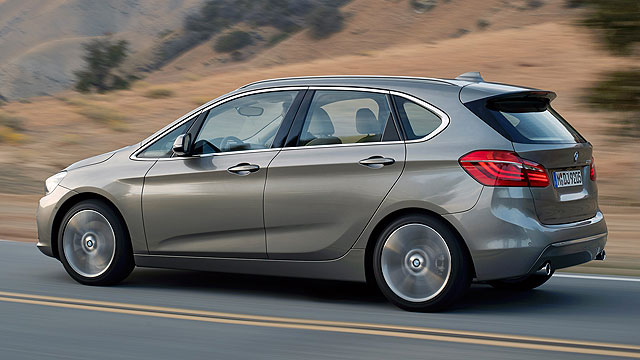 Also check out the low-set double kidney grille: BMW is proud of this as it’s actually positioned lower than the headlights – and that, we’re told is “a feature normally confirmed to the BMW Coupes”. 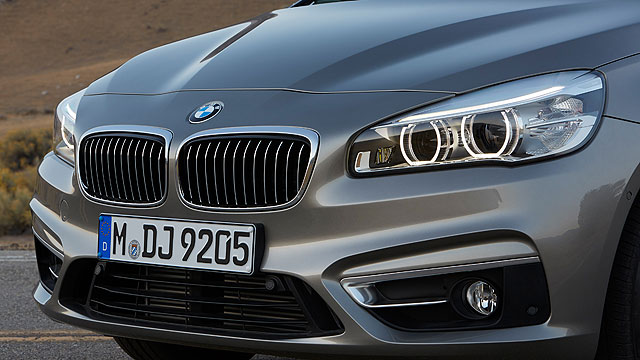 The 2 Series Active Tourer is all about the interior, though. Specifically, the back (something that those sitting in the back of a 1990s E36 3 Series could only dream about). It has a sliding rear seat, for example, with adjustable backrest recline, and it also folds 40:20:40 to stretch the commodious 468-litre boot to an estate car like 1,510 litres. There’s also a foldable boot floor, below which hides a multifunction stowage tray.

Up front, there’s a generic BMW-style dash with plenty of influences from other models. The same big central infotainment screen is in evidence and, in an MPV sector first, it’s also available with a head-up display. BMW’s repositioned the climate controls onto the centre console and it boasts there’s plenty of stowage space, from holders in the doors capable of swallowing 1.5-litre bottles (at one time, that was a Citroen boast) to the closed stowage box in between the front seats. 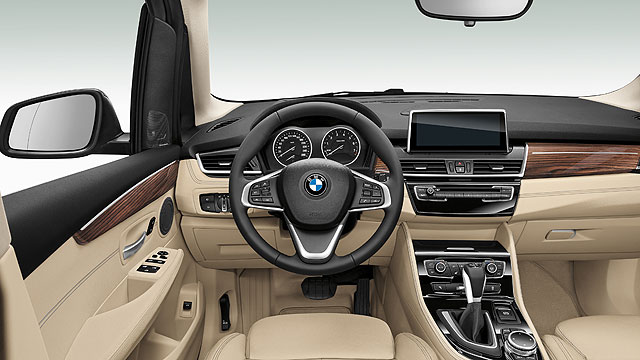 BMW says it’s all very roomy, something made possible by both the long 2,670mm wheelbase and front-wheel drive platform. An optional panoramic glass roof makes it feel roomier still. It does have a multi-link rear end though, instead of a space-saving twist-beam: if you’re BMW, it seems there is a limit to what you’ll do in order to create space.

Furthermore, BMW also assures us the single-joint spring strut front axle and electromechanical power steering are “devoid of interfering torque steer”. For the makers of the ultimate driving machine, whose cars to now have been free from torque steer due to the steering wheels generally not having to transfer any torque, this will be interesting to discover. 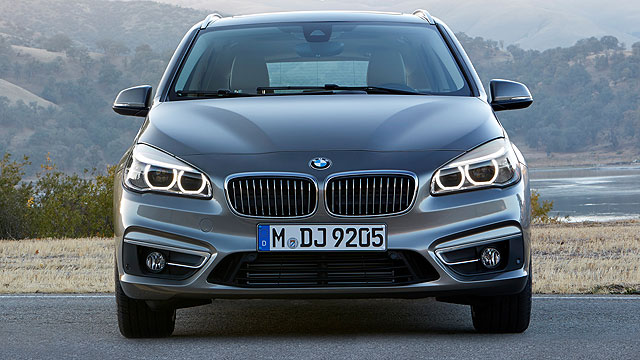 Even if you don’t go for the hot 225i engine, you’ll be able to make your 2 Series Active Tourer look hot courtesy of an M Sport model line: it arrives in November and includes M Aerodynamics, M Sport suspension (it’s 10mm lower) and 18-inch M alloys. That too much? There’s a Sport Line alternative, and a Luxury Line if even that is too far out. An xDrive variant arrives in November too.

As for gearboxes, there’s a stock six-speed manual plus, interestingly, a six-speed Steptronic auto for the three-pots, and eight-speed Steptronic for the four-pot engines. The later actually comes with Launch Control, and we can’t remember a people carrier ever having that either.

The BMW 2 Series Active Tourer is laden with an impressive amount of driver-assist tech, some standard and some optional. It’s a clever car and can be made very clever indeed if your budget allows: Traffic Jam Assistant, which auto-drives the car at speeds from 0-25mph (even steering the car where necessary) is particularly ingenious.

So, the 3 Series Active Tourer a car with plenty of on-paper appeal. For the MPV sector, it’s revolutionary. But how many will get over the simple fact it’s a front-wheel drive BMW people carrier? BMW loyalists, perhaps not many. But they, of course, are not the people this car is aimed at. New customers are, as part of the brand’s plan to hit two million annual sales ASAP.

And for them, it looks set to tick a lot of boxes. Expect, therefore, to see it in a supermarket car park near you not long after its 27 September 2014 market launch.