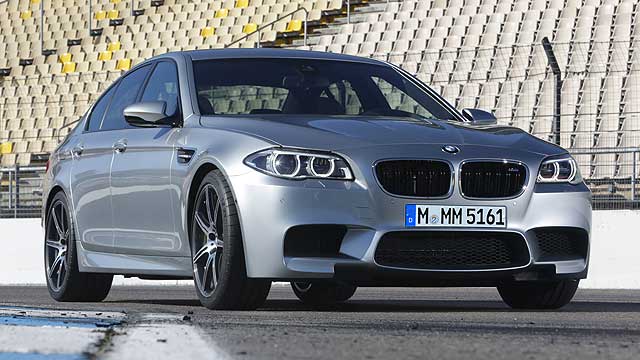 BMW may be set to launch a 600hp limited edition version of the M5 saloon to celebrate 30 years of the supersaloon, according to leaked brochures revealed on the internet.

Most significantly though, the leaked brochure reveals it’s to get a 40hp power boost over today’s 560hp car, taking it up to the full 600hp.

Only available with the M DCT gearbox (US buyers get a manual option too), the new M5 ’30 years’ edition thus promises even greater performance than today’s car: remember, that already reaches 62mph from rest in 4.3 seconds.

Could the new M5 30 years break the four-second barrier in the benchmark dash?

BMW is expected to officially launch the M5 30 years at the M Festival on June 20-22 at the Nurburgring: exact details of the car’s technical upgrades, including a final power output, will be confirmed then.