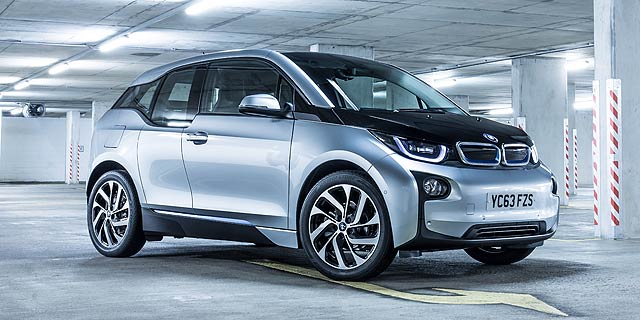 BMW, Ford and Nissan have all missed out on a full five-star crash test safety score in the latest round of Euro NCAP assessments.

The BMW i3, Ford EcoSport and Nissan Note were awarded four stars by the independent body instead – something that will surely be a disappointment to all three brands.

It’s the BMW i3 that’s the biggest surprise. This all-new, ultra-modern EV boasts a world-first construction that pairs an aluminium lower half with a carbon fibre reinforced upper passenger module. It’s extremely strong in a crash – but maybe too strong: Euro NCAP marked it down on windscreen pillars and bonnet edge being too hard for pedestrians.

The car’s safety assist score is also middling: we’re sure brows will be furrowed in Munich as we speak, deciphering it all. Look forward to running changes before long…

It was a similar story for the Nissan Note: occupant protection was OK, but pedestrian protection was hindered by the front edge of the bonnet being too stiff. Restricting the seatbelt reminder only to the front seat occupants was also a negative.

And the Ford EcoSport? Let down again by pedestrian protection, this time due to the front edge of the bumper offering “predominately poor protection to the pelvis area”. Child safety also wasn’t perfect, knocking back a pretty good score for adult occupant protection.

Other cars performed better.  It was five stars for the Infiniti Q50, Maserati Ghibli, Mazda3, Mitsubishi Outlander PHEV and Peugeot 308 – and Ford did salvage some safety honours with the Tourneo Connect scoring five stars.

Mercedes-Benz asked for the Renault Kangoo-derived Citan Kombi to be retested: it was, and it scored an improved four stars, the same as the Volkswagen T5 Transporter van.

Euro NCAP this time offered no comment in its press release, unlike as with previous results. The story’s pretty clear, though: some car manufacturers will be celebrating, but others (BMW, Nissan) will be getting set for some long nights in the office…