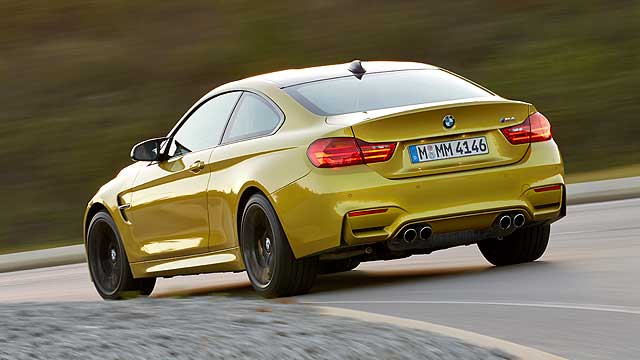 I’ve been sat on the plane reading the press pack for the BMW M3 and M4 launch, and anticipation is now absolutely above-the-clouds high.

These two cars have the potential to be brilliant. Here are a few reasons why I reckon they’re so exciting.

It means the M4 Coupe weighs in at 1,497kg. Pretty impressive for a 431hp family four-seater. Oh, and the M3 weighs 1,520kg: those rear doors thus effectively cost you just 23kg.

The M3 V8 revved to 8,250rpm. This revs to 7,600rpm – still incredibly high for a turbo car but it means the red paint on the tacho stops shy of 8. Will this actually matter? Is the lack of ultimate high-rev drama actually a non-worry?

Best make sure I focus on the Adaptive M cars, as the UK is, unlike other markets, getting this as standard. Sensible decision, BMW GB. 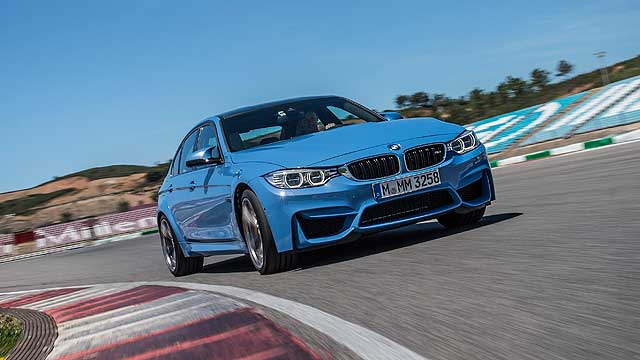 This data is all recorded to the smartphone – including, also amusingly, driver reaction times. Two recordings (one by you and one by a race ace, perhaps?) can be compared and all readings can be outputted and emailed.

Today is our own M3 and M4 trackday: if we get any data, I’ll be sure to share it with you.

It’s almost not worth bothering to drive the M3 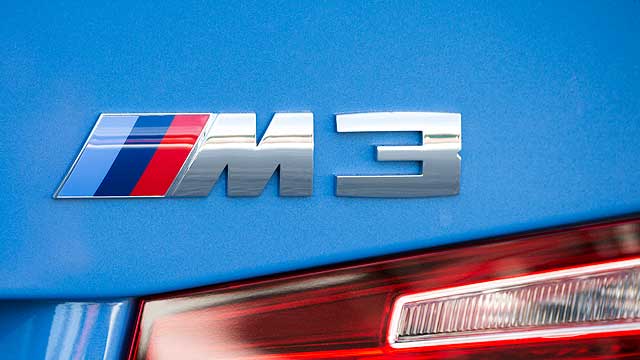 Standard cars get four-piston BMW M Compound brakes which themselves are “far lighter” than normal brakes, says BMW. But M Carbon ceramic brakes are also available, for even less weight and even more resistance to fade.

No prices are given for M Carbon but they’re expected to be into the thousands. They are marked out by gold calipers. What, is it real gold, etc.

Why go for manual?

The new manual gearbox is 12kg lighter than before and has throttle blipping so everyone can feel like Senna without actually having to know how to heel and toe. It accelerates to 62mph from rest in 4.3 seconds, which is fast. But the M DCT’s time of 4.1 seconds is faster.

M DCT also has an extra gear, and has launch control, and has seamless shifts, and is generally far between equipped to deal with this much power. BMW itself says the Launch Control delivers “acceleration figures that would simply be unattainable with the manual gearbox”.

Good in theory: I’ll see if practice bears it out. You do have manual cars there, don’t you BMW?

One more surprise with the M DCT: it has Stability Clutch Control. Like the Porsche 911 GT3, it opens the clutch when the car’s understeering to help bring it back in line. How does this actually work? Look forward to finding out (for once, steaming far too hot into a corner will count as productive work). 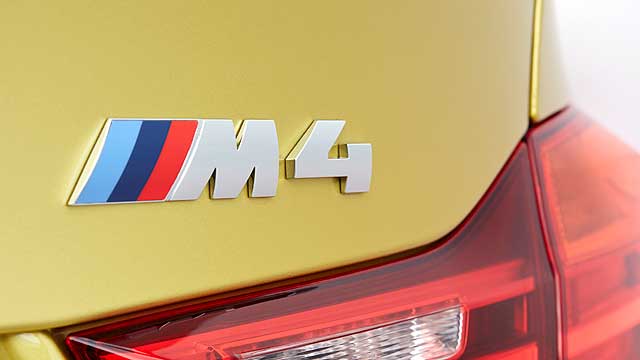 Ex-F1 ace Timo Glock and 2012 DTM champion Bruno Spengler have been among the BMW testers thrashing it around the Nurburgring for lap after lap. Naturally, Spengler is effusive in his press kit quotes (he’s hardly going to say he wishes it were an E46 CSL now, is he…).

One thing is interesting though: he specifically talks about the rear axle. It has a “very progressive locking action due to the electronically controlled LSD, and generates huge amount of grip.

“The electronic control system is configured so that when you lift off the gas going into corners, the differential opens up and the lock-up effect is reduced to zero, resulting in very eager turn-in.

“When you accelerate out of the corner again, the lock-up engages progressively all the way up to 100 per cent full lock for optimal traction.”

This is a bit like an engineering debrief rather than marketing speak. It also speaks of a very well sorted car that celebrates and embraces its rear-drive setup just like a really good race car does. All focus on the track to see if these really are Spengler’s words or a marketing interpretation of them…