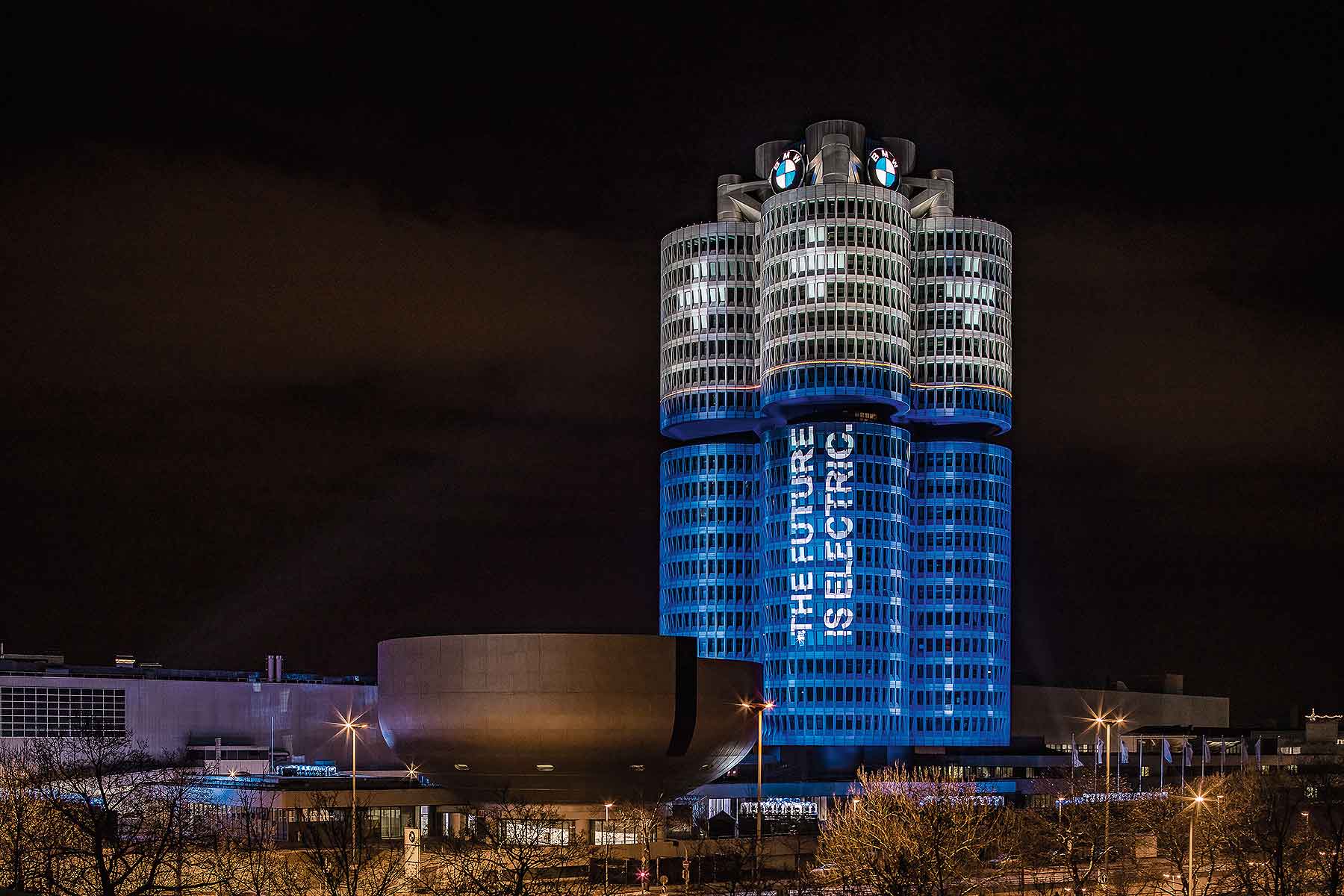 BMW promised to deliver 100,000 electric vehicles in 2017 and, a few weeks ahead of New Year’s Eve, it’s hit that goal – and has lit up its Munich HQ like a giant battery to celebrate.

The illumination of the ‘four-cylinder’ building was, said BMW AG chairman Harald Krüger, a 99-metre high signal that “we deliver on our promises”.

The 100,000 electrified car total in 2017 also saw BMW pass the 200,000 mark for i3 sales. That’s only the start of things, it reckons. By 2025, it’s going to have 25 electrified models on sale and “electro-mobility will continue to be my measure for our future success” said the boss.

BMW’s electrified models include plug-in hybrids (PHEV) and full battery-electric EVs. In preparation, the firm has secured naming rights for all ‘i’ models from i1 to 19 – plus, intriguingly, iX1 to iX9, suggesting electrified SUVs will be just as important as electrified conventional cars.

The Mini EV will be produced here in the UK, at Mini Plant Oxford, in a big win for UK automotive in 2017.

Electrified cars are becoming big business for BMW. In both Western Europe and the U.S, they account for 7 percent of overall brand sales; in Scandinavia, 1 in 4 new BMWs is electrified. 10 percent of current BMW 3 Series sales are iPerformance plug-in hybrid models and, overall BMW Group has a 21 percent market share of electrified models in Europe – the best of any premium car maker.

Looks like its early, hugely expensive gamble on being an early adopter with the i3 is starting to bear fruit…