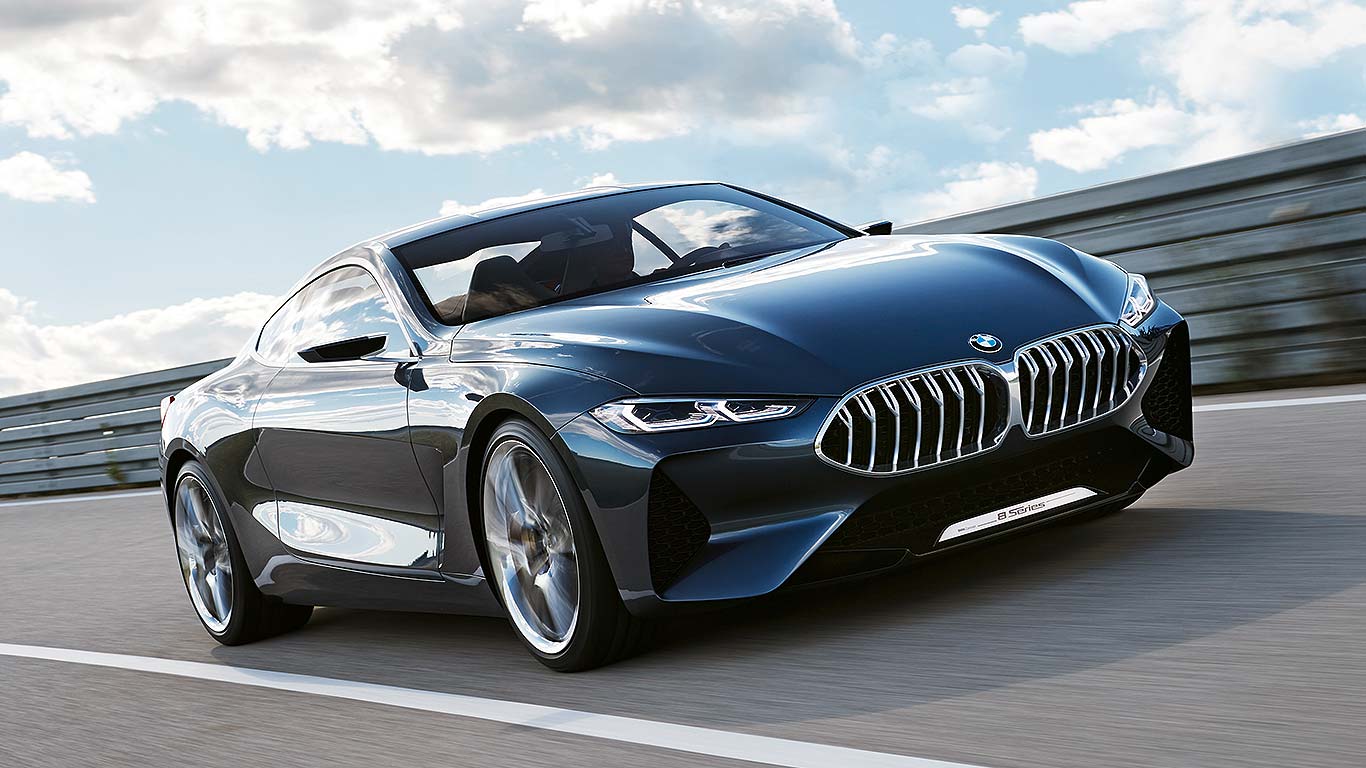 BMW has revealed a stunning Concept 8 Series preview of the all-new 8 Series Coupe that will reach production within the next year. Reviving a name first used back in 1989, the new BMW 8 Series replaces the 6 Series and is taking the brand’s top-line coupe upmarket to rival the Mercedes-Benz S-Class Coupe.

The Concept 8 Series has been revealed at the 2017 Concorso d’Eleganza Villa d’Este, a favourite location of BMW for launching fancy show cars. We’ve previously seem models such as the Mini Superleggera Vision and BMW 3.0 CSL Hommage; this time, it’s a more production-intent vehicle, with BMW happy to confirm the Concept 8 Series is “a taster of… the new BMW 8 Series Coupe, slated for launch in 2018”.

“The number 8 has always represented the pinnacle of sports performance and exclusivity at BMW,” said chairman Harald Krüger. “This will be the next model in the expansion of our luxury car offering and will raise the benchmark for coupes in the segment… [and] will strengthen our claim to leadership in the luxury class.” He’s aiming high with it, in other words.

The BMW Concept 8 Series has been created under the direction of BMW design chief Adrian van Hooydonk. He’s calling it a “full-blooded high-end driving machine,” words that are music to our ears. “It is a luxurious sports car which embodies both unadulterated dynamics and modern luxury like arguably no other. For me, it’s a slice of pure automotive fascination.” 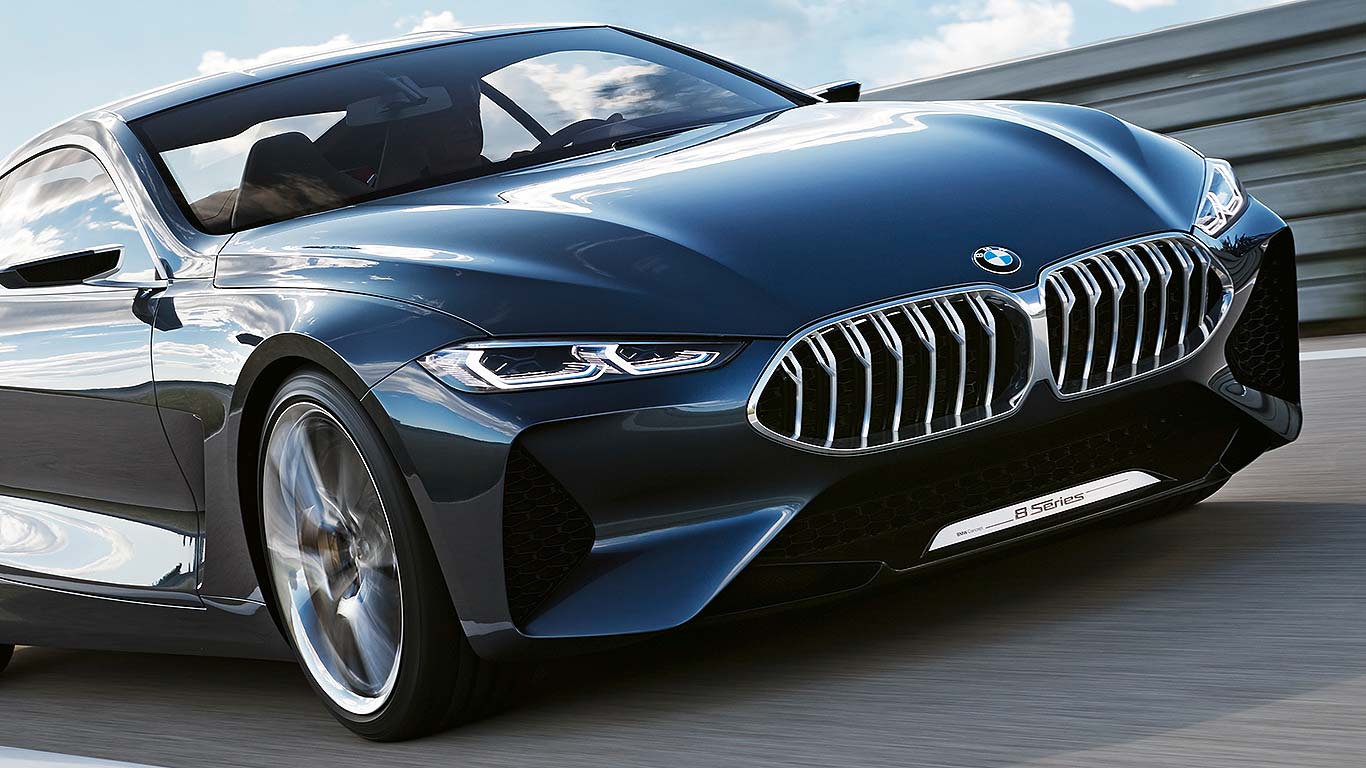 What is the BMW Concept 8 Series? “In short, this is a driver’s car,” says van Hooydonk. It will “demonstrate that razor-sharp dynamics and modern luxury can go together,” says Kruger. Sounds like quite the car already.

Designer van Hooydonk reckons it has the stance of a driver’s car: long bonnet, low, flowing roofline and an upward kick at its rearmost end. (That tail, to our eyes, really does look the business.) The side profile is clean, dramatically styled around the outlets of the air curtains, and the rear arches have gloriously voluptuous flaring. BMW’s proud of the fluid-like surfacing it’s achieved with the panels, shown off to their fullest by a greyish-blue paint called Barcelona Grey Liquid that contains iridescent pigment.

Look at that front end. Mean and purposeful isn’t the word – it’s proper BMW attitude, all slim dual headlights and huge great kidney grilles. Like classic BMWs, the kidneys are set into a single frame, forming an unbroken element. You’d swear there were a monstrously powerful engine behind there. Perhaps there is: BMW’s not telling us anything about engines just yet.

The tail is perhaps the most sculptural element of the entire car. The Concept 8 Series is all about making itself seem as wide as possible – see how the tail lamps eat into the rear wheelarches, how the air breather outlets in the rear bumper are so radically exaggerated. BMW’s happy to reveal the Concept 8 Series is rear-wheel drive, as those rear arches “advertise” this; it also reckons the trapezoidal exhaust tailpipes also “point to the dynamic driving experience to come,” although personally we’ve never heard of keen drivers using exhaust shape as an indicator of steering feel and chassis balance. Maybe it’s just us.

Inside, it’s properly driver-focused, says BMW. Although it hasn’t yet shown us what it is like inside, so we’ll just have to guess. Or wait for the updates when they come from Villa d’Este.

BMW promises the production 8 Series will launch “in a similar form” to this in the coming year. It will add “a genuine dream car” to its existing model line-up. The new car “will bring together razor-sharp dynamics and modern luxury, and set new benchmarks in the luxury coupe segment.” So what are your bets – Frankfurt Motor Show debut in the autumn, or the LA Auto Show in early December? 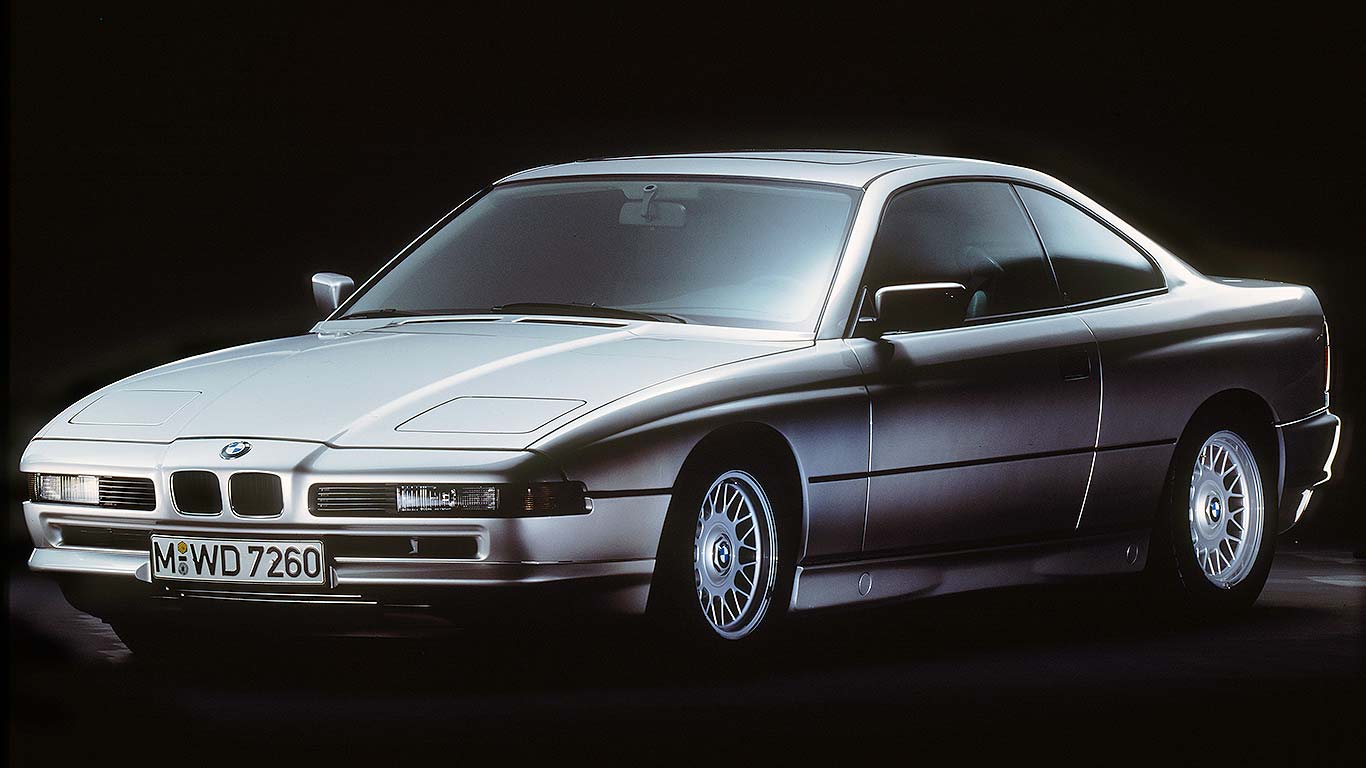 The original BMW 8 Series was first launched back in 1989, with UK deliveries beginning in 1990. It was an enormously sophisticated car for the time, with the price tag to match, serving as a proper top-end luxury coupe arguably before the market was quite ready for such a machine. These days, it’s a familiar concept: Mercedes-Benz S-Class Coupe, Bentley Continental GT, Aston Martin DB11. Back then, it was a little bit more of a leap. 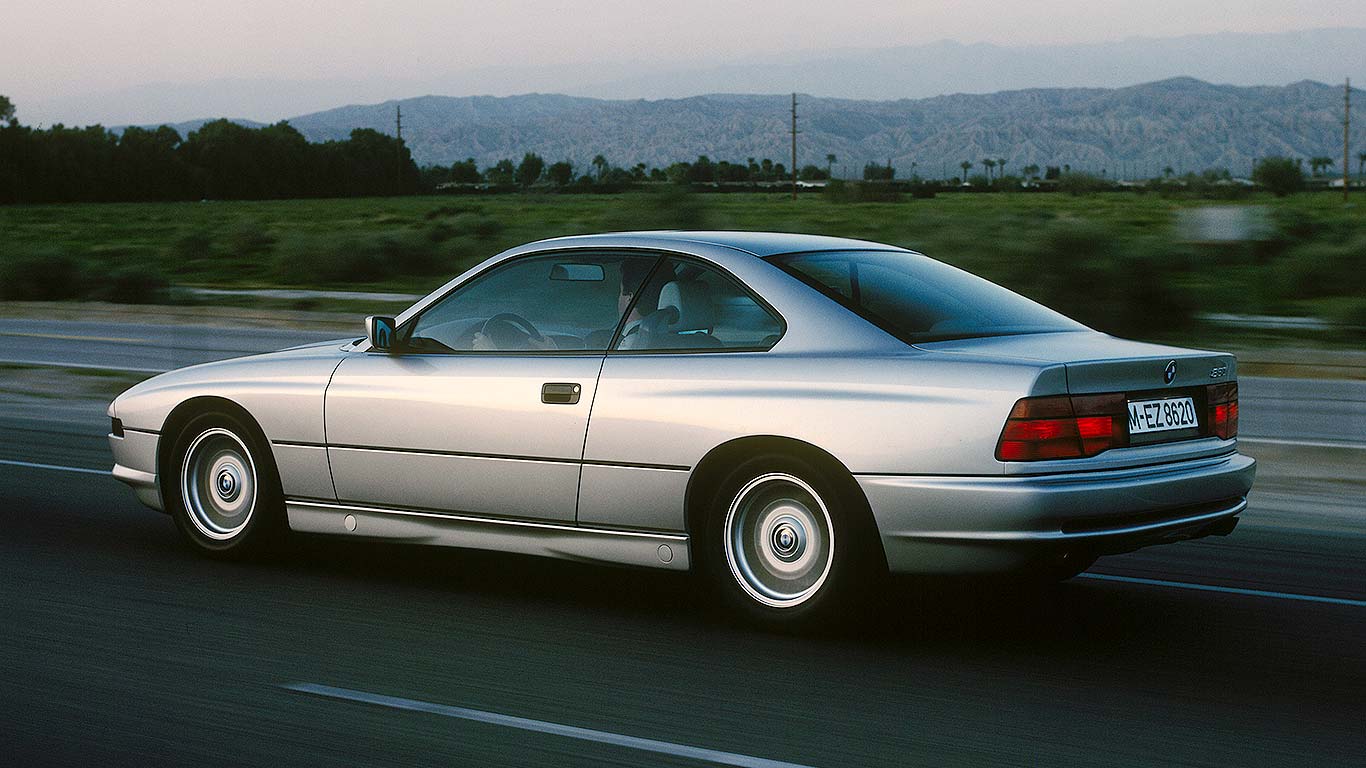 BMW spent a billion Deutschmarks on developing the 8 Series, which gives you an idea of how advanced it was. This was the first road car to have CAN bus multiplex wiring, boasted an ultra-slippery drag factor, a whopping great V12 engine option you could even pair to a six-speed manual gearbox. It was ludicrously complex… and launched straight into the global recession of the early 1990s. Drat.

In its decade on sale, BMW sold just over 31,000 8 Series, and didn’t even do the inevitable and launch an M8 version – it got as far as the prototype stage, but BMW realised the 8 Series was never going to be a big seller, so canned it in 1991. It’s taken until now for the hangover to lift, and for BMW to remember once again what a tremendous car the 8 Series was. Next year, it’s coming back at last. We can’t wait to find out just how wonderful this six-figure range-topping BMW is going to be.