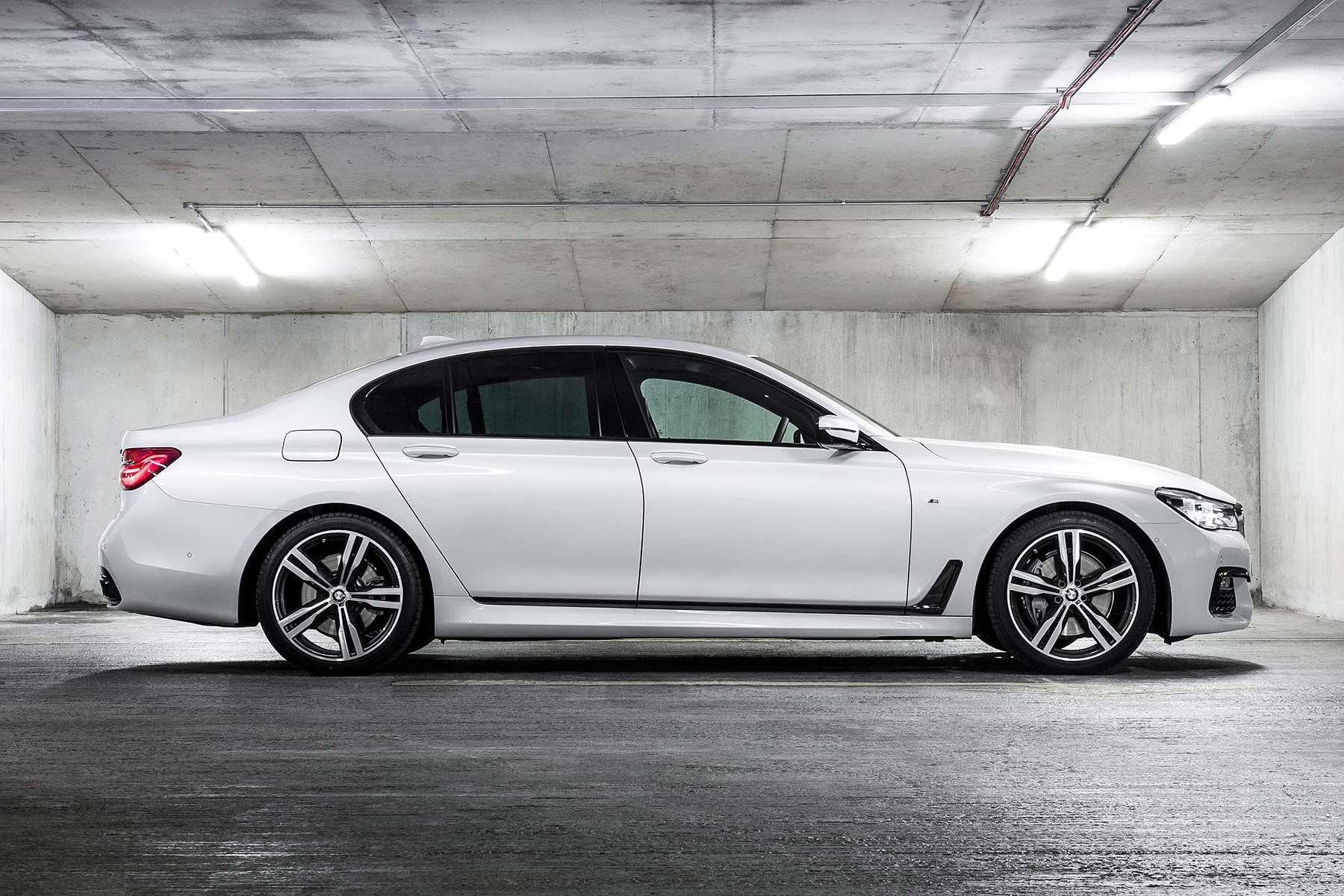 BMW has introduced its first-ever four-cylinder turbodiesel 7 Series, the 725d. Fitted with a 2.0-litre turbodiesel normally seen in the 3 Series and 5 Series, it averages up to 61.4mpg.

Prices start from £61,300 for the 725d, and £65,250 for the 725Ld. This compares to the existing 730d six-cylinder’s starter price from £65,300. Go for the debadge option and nobody need ever know how you’ve suddenly become £4000 better off. An eight-speed automatic gearbox is standard on both models, as is SCR tailpipe emissions cleaning tech.

Like all 7 Series, BMW expects the new 725d models to be popular with chauffeurs. As such, it’s set up a dedicated BMW Chauffeur Programme in the UK, which includes free driver training and stolen vehicle tracking, a 24/7 emergency service and BMW Fast Lane Service which promises to conducts service and maintenance tasks within 90 minutes.

The new 725d isn’t the first four-cylinder 7 Series, as the 740e has a turbo petrol 2.0-litre engine. It is, however, the first 7 Series to have an engine also found in a diesel 1 Series, and is yet another sign of things to come: downsizing really is here to stay.