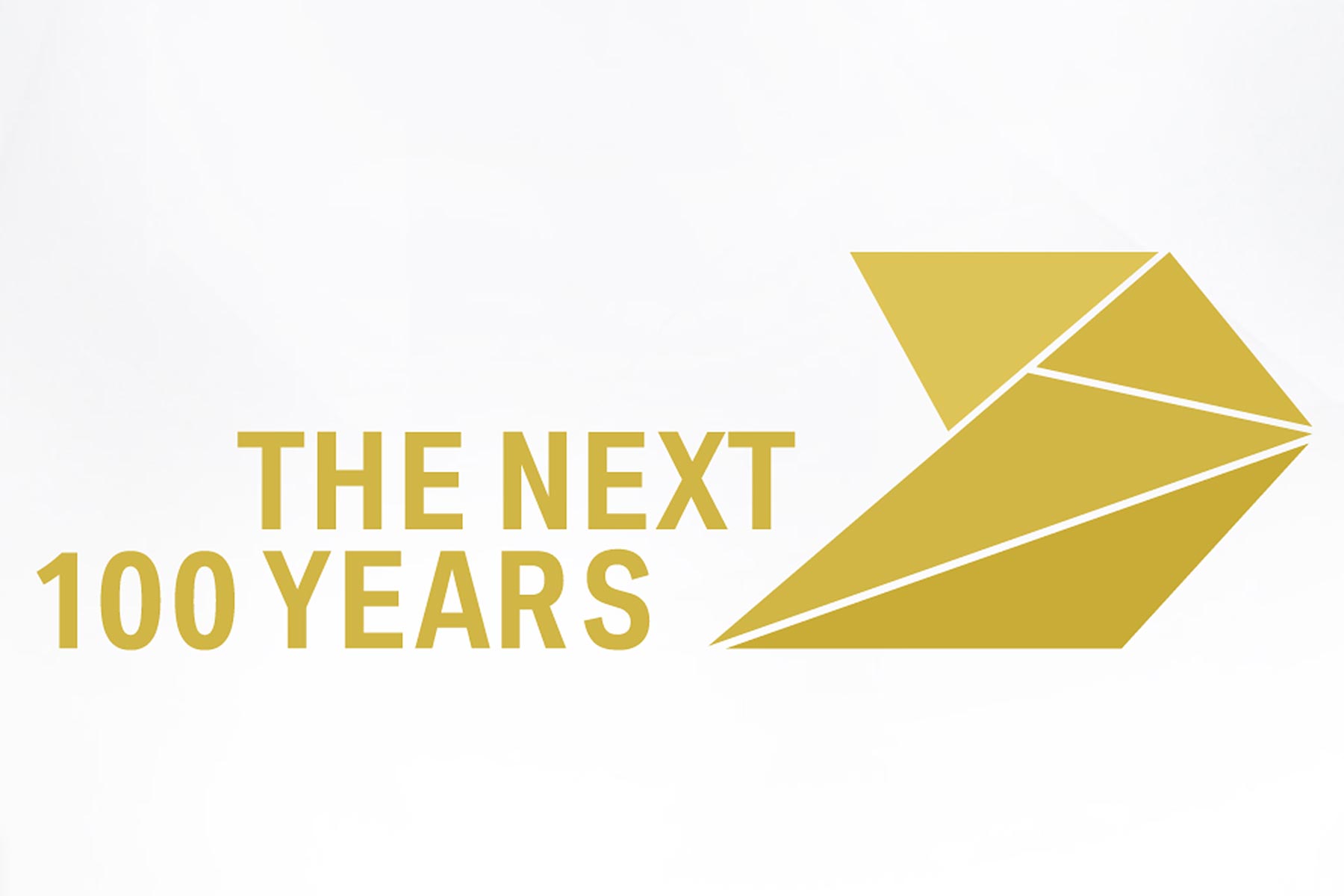 BMW is marking its 100th anniversary with a special centenary event in Munich that kicks off a year of celebrations – and Motoring Research is reporting from it LIVE.

At a press conference prior to the event, BMW revealed a futuristic concept car called Vision Next 100. This is its first look at the car of 2035 and beyond

It is the first of many headline-grabbing centenary year reveals from the Munich firm. In the coming months, BMW, its brands and its services will look forward to the next 100 years, rolling out technology that’s expected to preview the futuristic cars of tomorrow.

BMW has even designed a special 100 years signet, pictured above. Described as “fresh, modern, vibrant – and, above all, trend-setting – the new corporate design for the centenary underlines BMW Group’s pioneering role”.

“The company has continually evolved and, in some cases, reinvented itself. That will continue in the future,” said BMW chairman Harald Kruger.

1340 – You can watch the ceremony live via via the player above: I’ll be dropping in observations live from the ground, before then getting up close with the headline-grabbing BMW Vision Next 100 concept car. Stay tuned for more!

1335 – Now reporting from the Munich Olympic Park, where the BMW Next 100 Years ceremony will get underway soon. The scale of it is dawning on us: there’s a LOT of people here (including the great and the good of BMW, past and present)… no half measures for BMW’s centenary, that’s for sure. 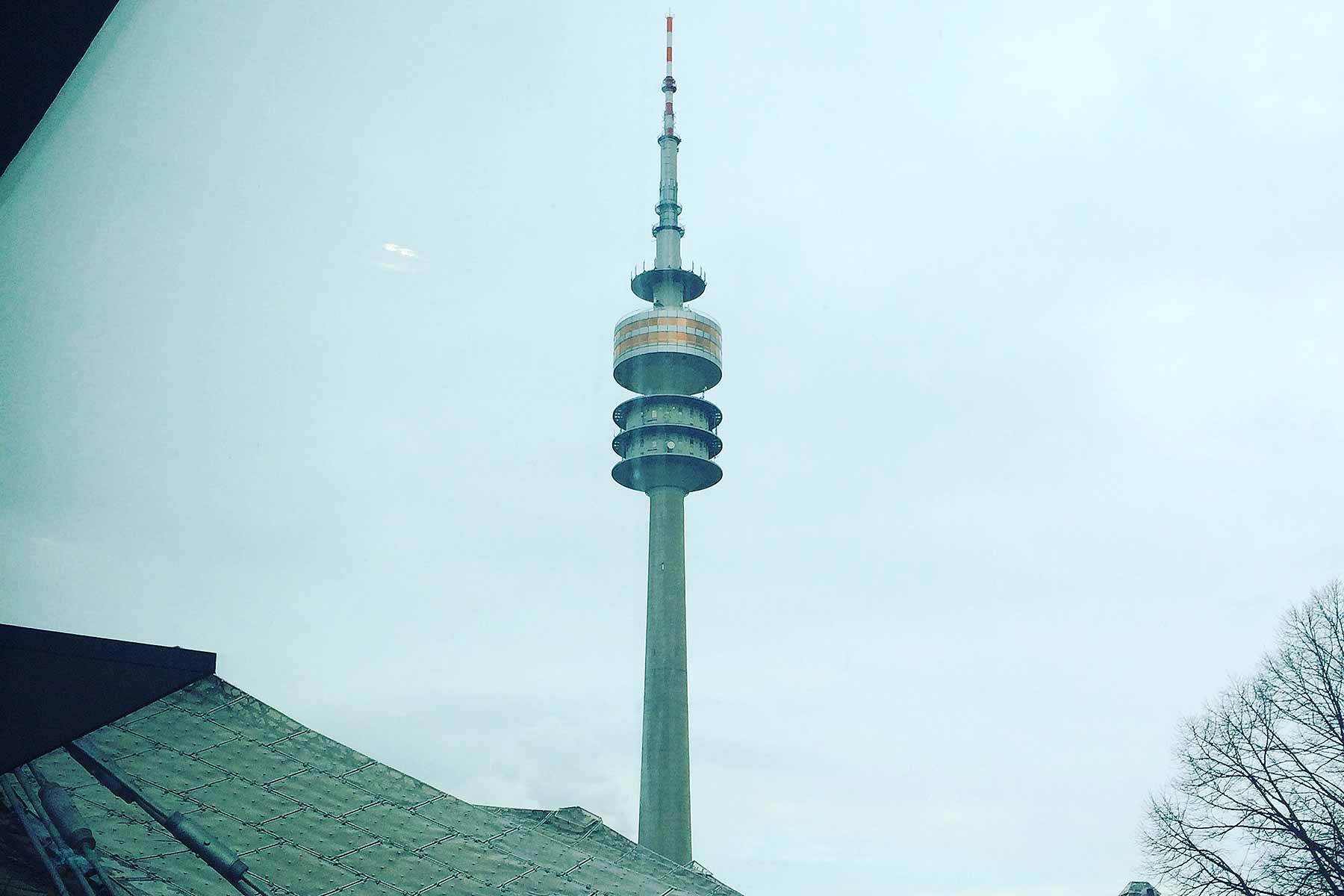 1215 – More from the live blog later: we’re now boarding a bus over to the olympic stadium, for the main event… follow #MRBMW100 on Twitter and Instagram for views as it unfolds – and watch it live above. 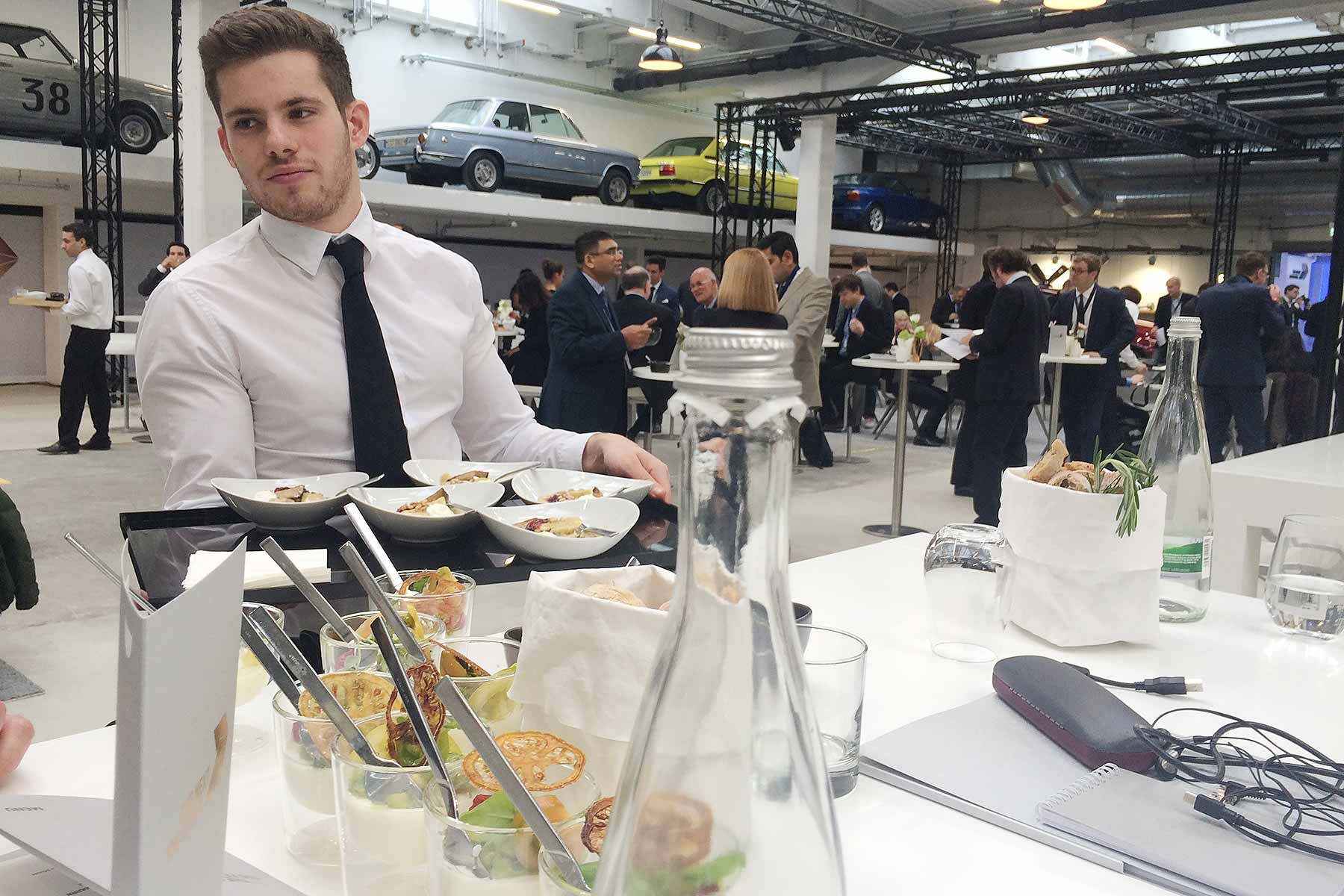 1200 – The exciting BMW Vision Next 100 is causing quite the stir. It’s purposefully simple as you can’t really design a car today that will still stand scrutiny in 30 years’ time. Rather, it’s the tech inside that’s the taking point: cars of the future will be fully connected and this demonstrates some of the ways in which this might work. 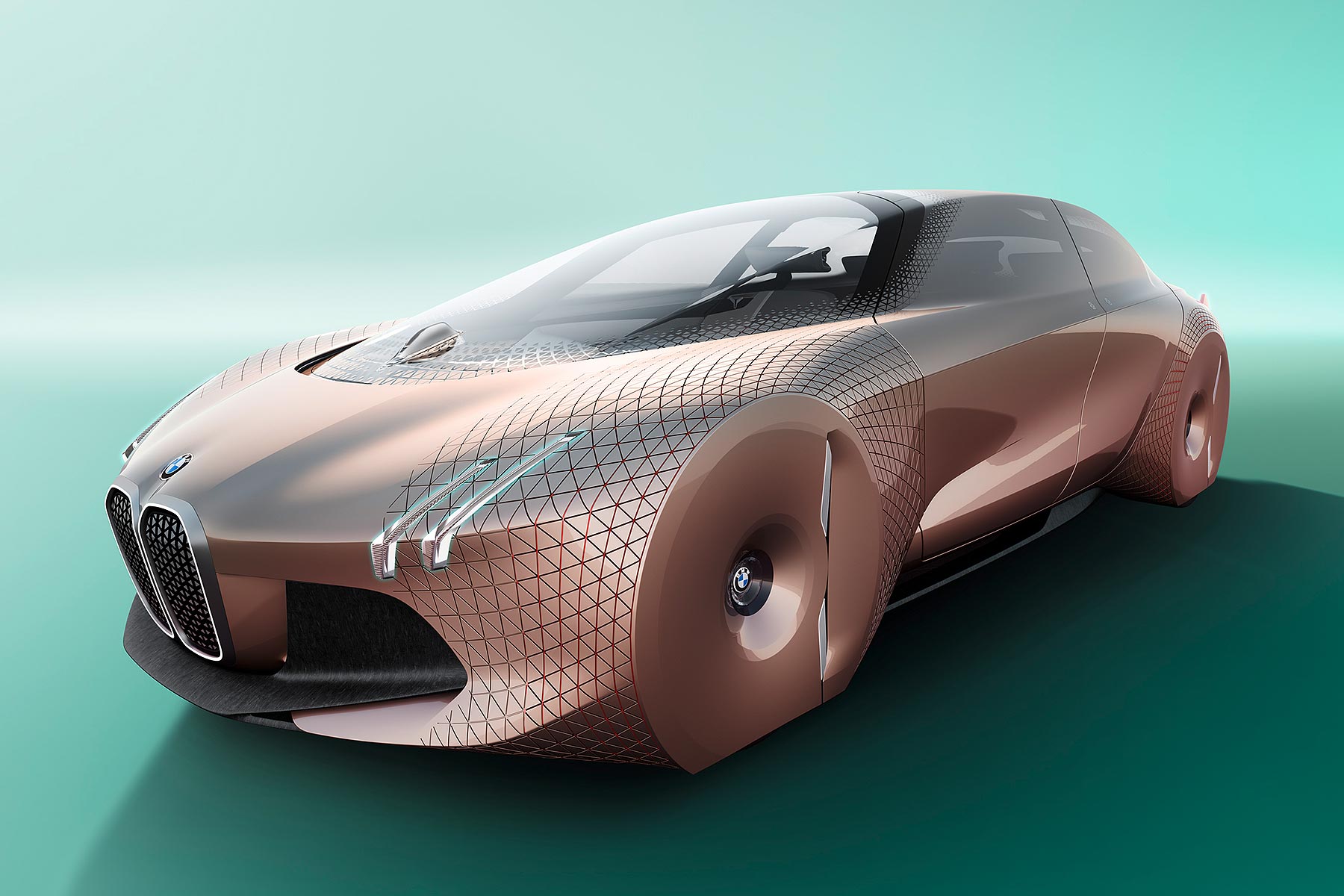 Couple of pointers on the design though: the BMW kidney grilles are retained, only this time they’re not air intakes but homes for autonomous sensors. And while twin round headlights are out, the BMW cue is retained by the twin light bars instead. It’s a car of the future but it’s still clearly a BMW.

1135 – Clearly, there’s plenty more to come on BMW’s future strategy, which it’s going to present in full next week. Today’s about how it’s celebrating the past 100 years – and events will include a full BMW exhibition in Munich – including a two-day party in September (200,000 visitors are expected) – plus a global tour that takes in Beijing, LA and London: it’s visiting the British capital on 16 June.

BMW’s today taking over the Olympic Hall in Munich, with more than 30,000 BMW Associates expected to attend, plus press from around the world. The BMW Vision Next 100 concept will be on display and we’ll get up close with it later… and for those who can’t be there, BMW’s streaming the event live into every factory, research centre and dealer around the world who wants to take it! Today is very much all about BMW #Next 100.

1130 – the BMW Vision Next 100 concept car has been revealed! This is BMW’s look into the cars of the next 20 and 30 years, and it’s much more than just a sop to autonomous driving. More than many, real thought has gone into this autonomous, zero-emissions machine.

And the most important thing? It still has a steering wheel! Read more about the BMW Vision car here: we’ll be seeing live later today. 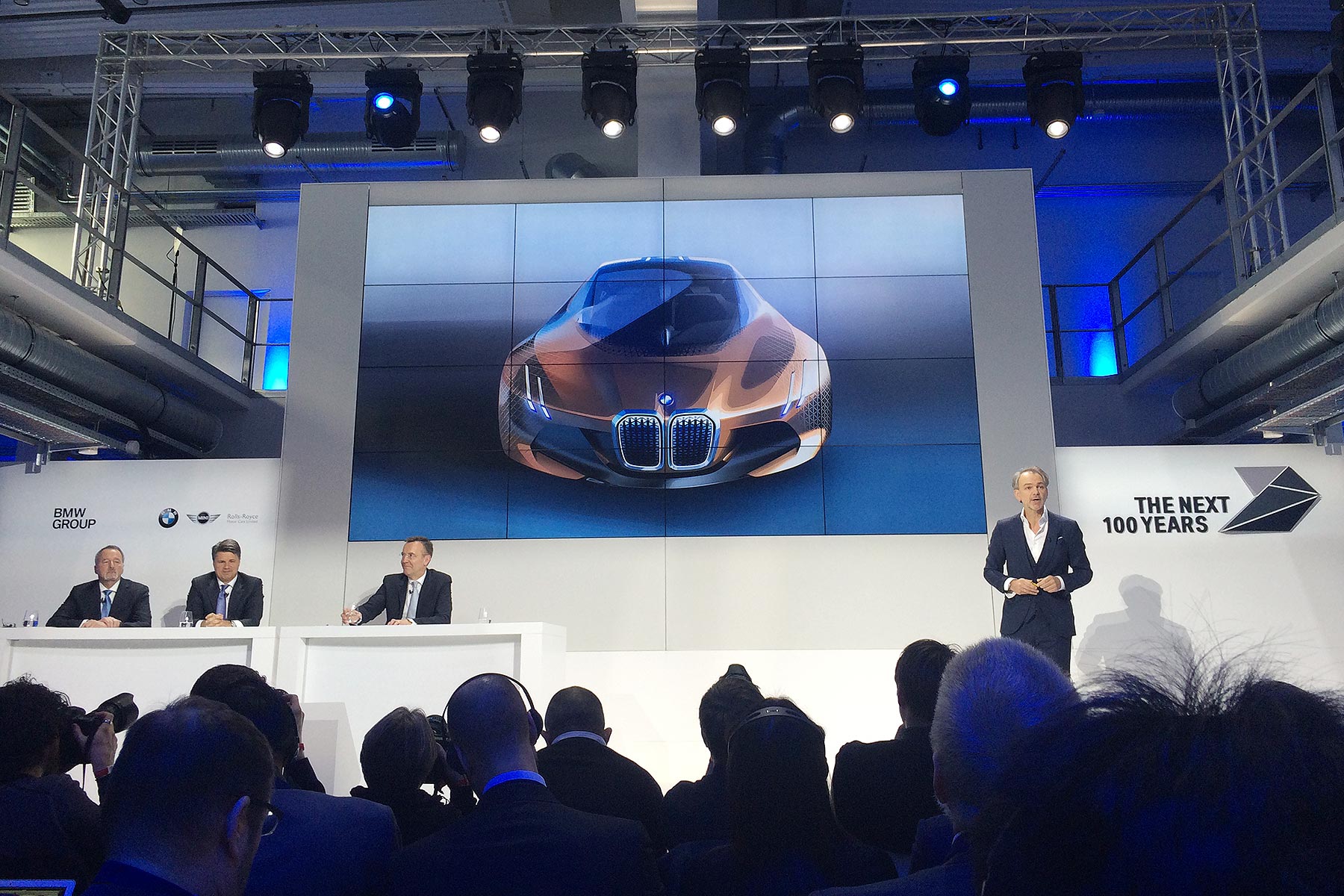 1110 – Listening to plenty of insights about the future of BMW – but it’s under embargo for another 20 minutes… sorry! 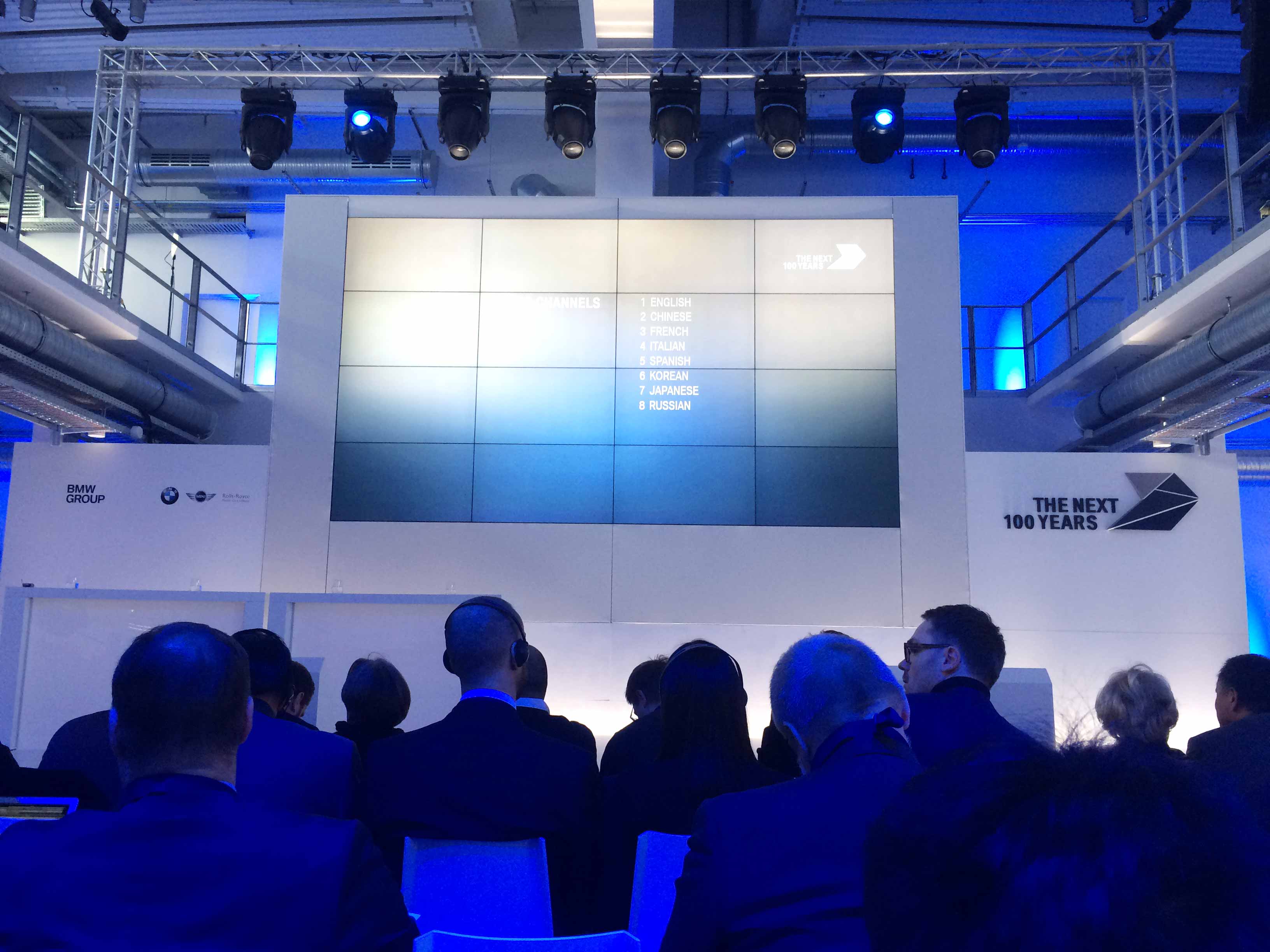 1005 – In the meantime, we’re ogling the great and the good from the BMW heritage collection… there are delights around every corner – check out #MRBMW100 on Twitter and Instagram for more views…

1000 – We’ve arrived at BMW Welt in Munich, along with hundreds of other journalists from around the world. This is a BIG event, alright. Things start from around 11am GMT, and will include a runthrough of BMW’s history and the anticipated reveal of a rumoured concept car. Very much a matter of watch this space… 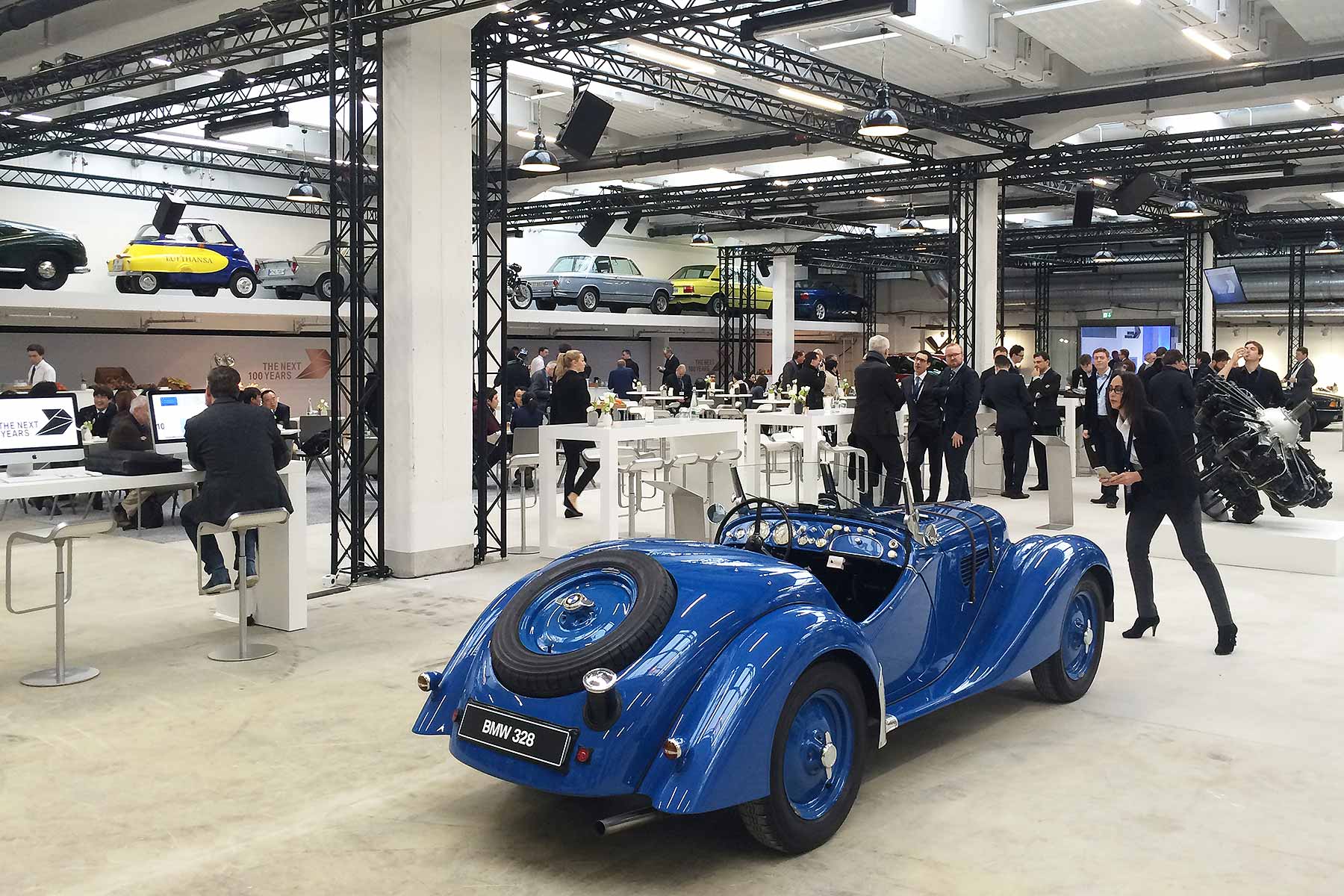