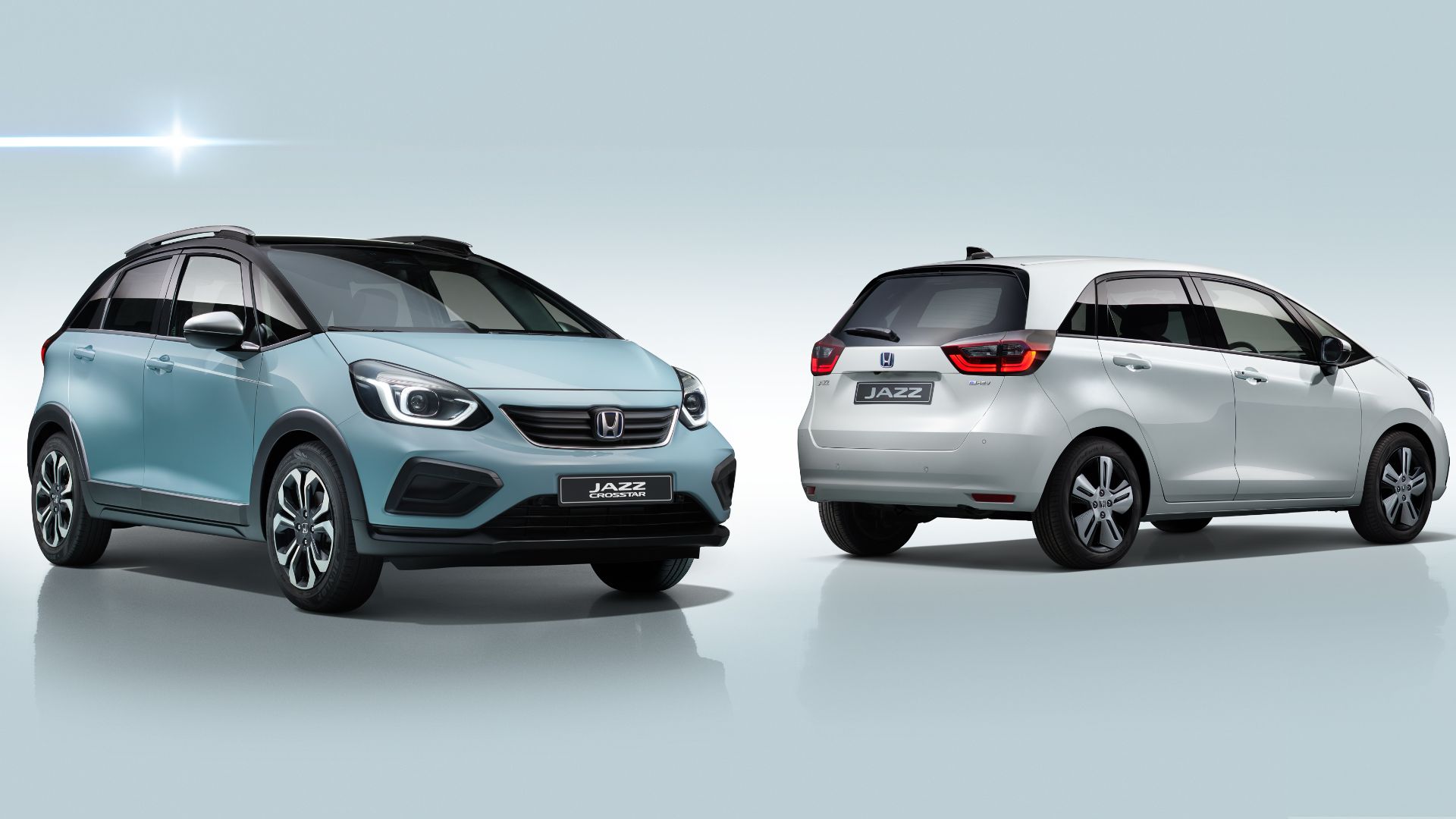 The 2019 Tokyo Motor Show is now underway, with Japanese manufacturers taking centre stage. This year, an all-new Honda Jazz is grabbing the headlines, but what are the stars of Tokyo shows past? These are the greatest debuts from 1957 until the present day. 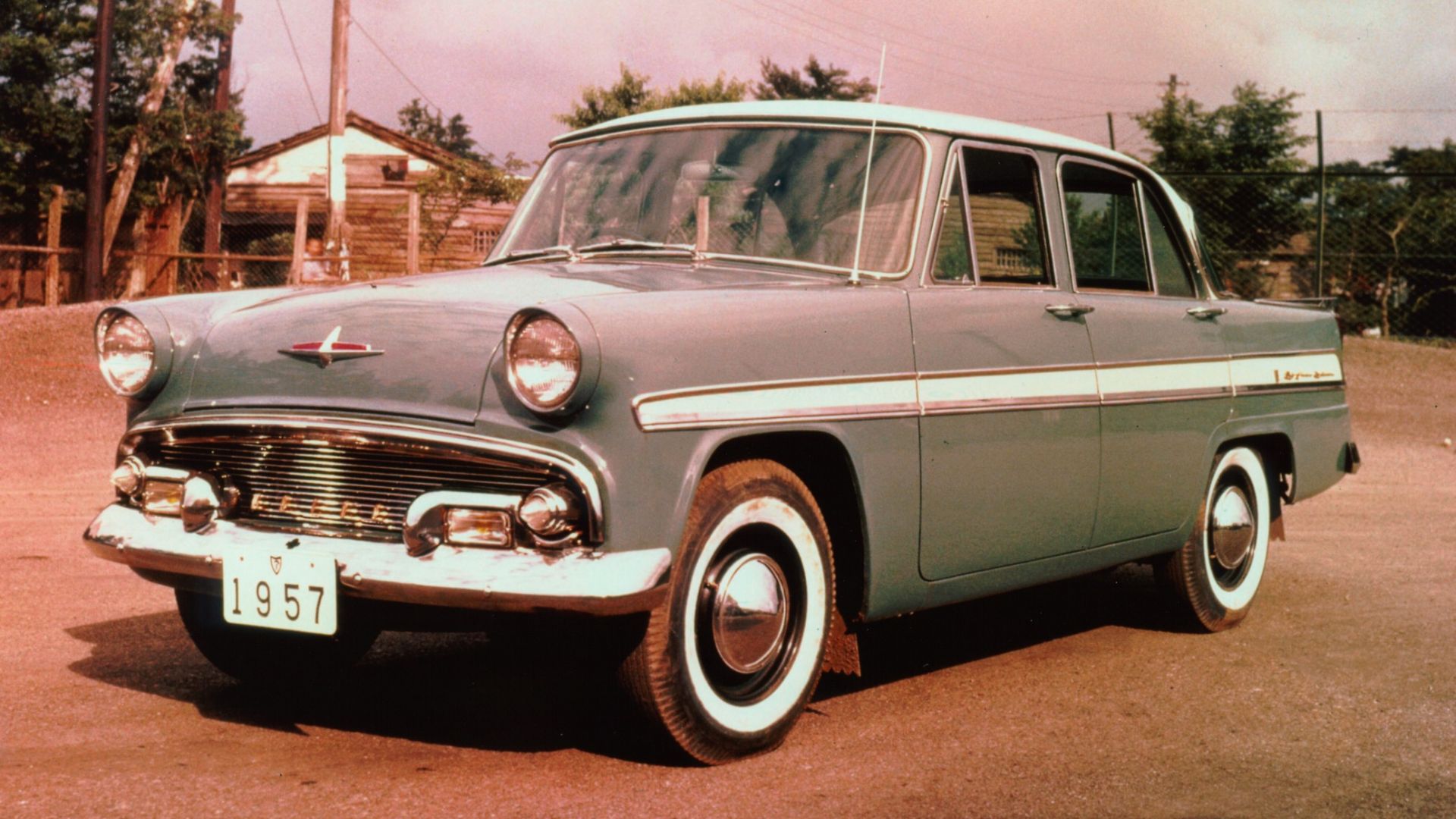 The ‘Skyline’ name first saw the light of day at Tokyo in 1957, and without a Nissan or Datsun badge. Indeed, the luxury car was made by Prince for nine years before Nissan took over. 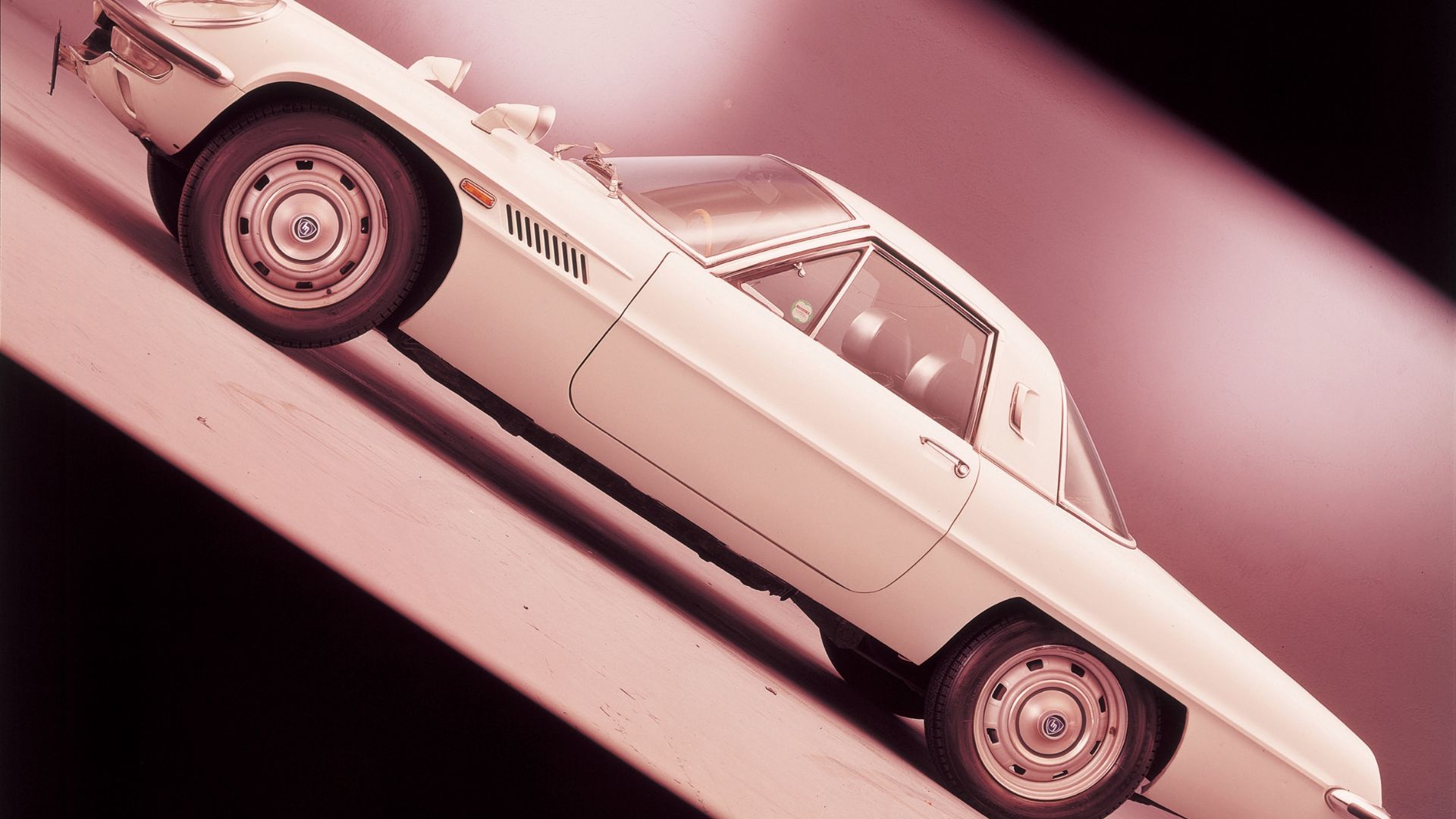 One of the most important cars in Mazda’s history was introduced to the world in Tokyo. Three years before it saw production, showgoers got a first taste of the Mazda Cosmo – the root of Mazda’s rotary engine heritage – at the 1964 show. 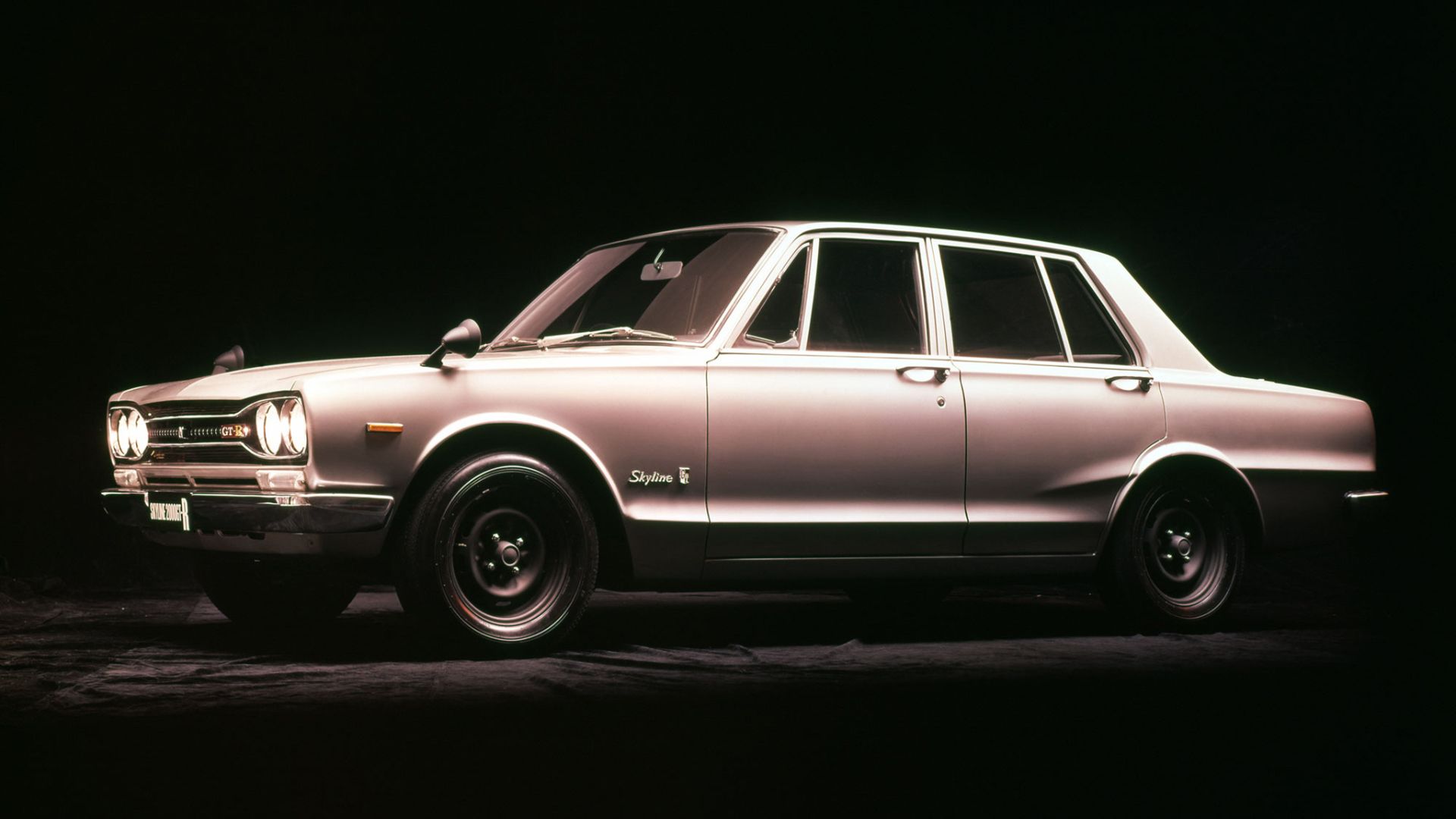 Long-standing Japanese institutions have a habit of debuting at Tokyo. One of the great performance icons, decades before it assumed the ‘Godzilla’ nickname, arrived here in 1968, as a four-door saloon. Konichiwa, GT-R. 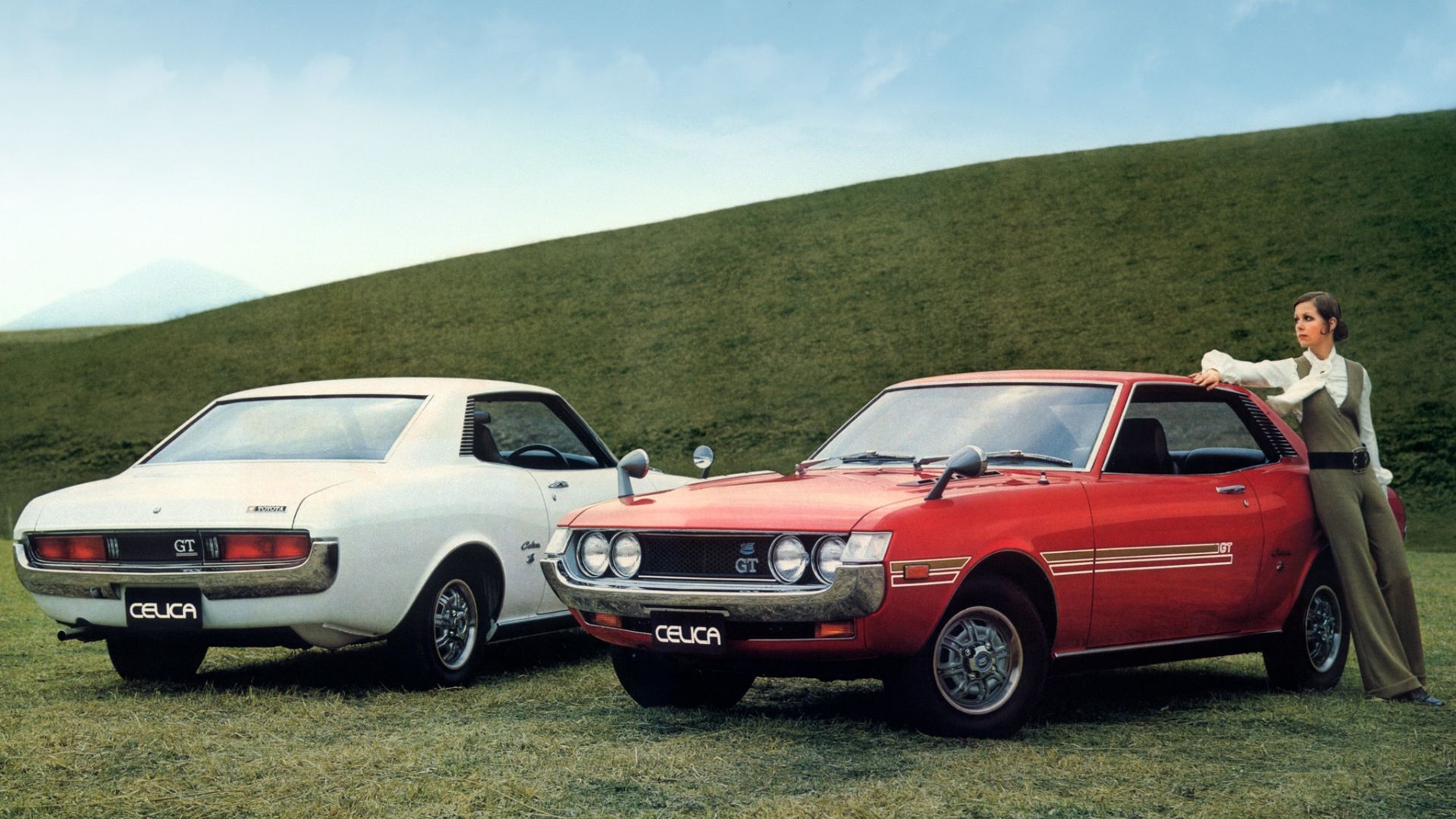 Perhaps Toyota’s most famous sporting model, and certainly its longest-standing, is the Celica. The first generation model appeared at the 1970 Tokyo Motor Show. It would live on over seven generations until 2006, spawning the Supra along the way. 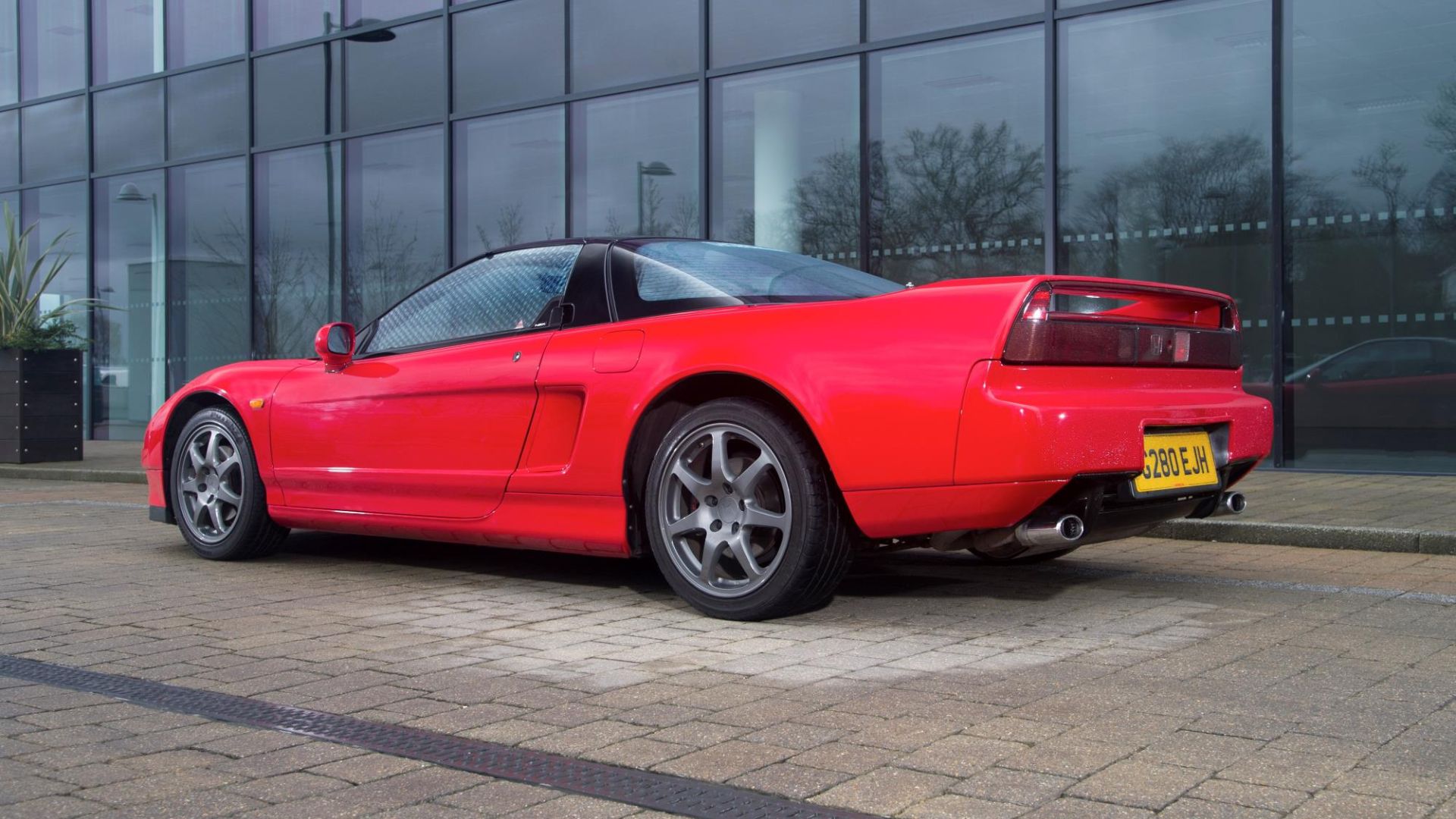 The year 1989 was enormous for Japan’s assault on the car market, and popular car culture. The Honda NSX taught us that supercars didn’t have to be unreliable or difficult. Today, it’s an analogue hero, the car that Ayrton Senna helped develop. 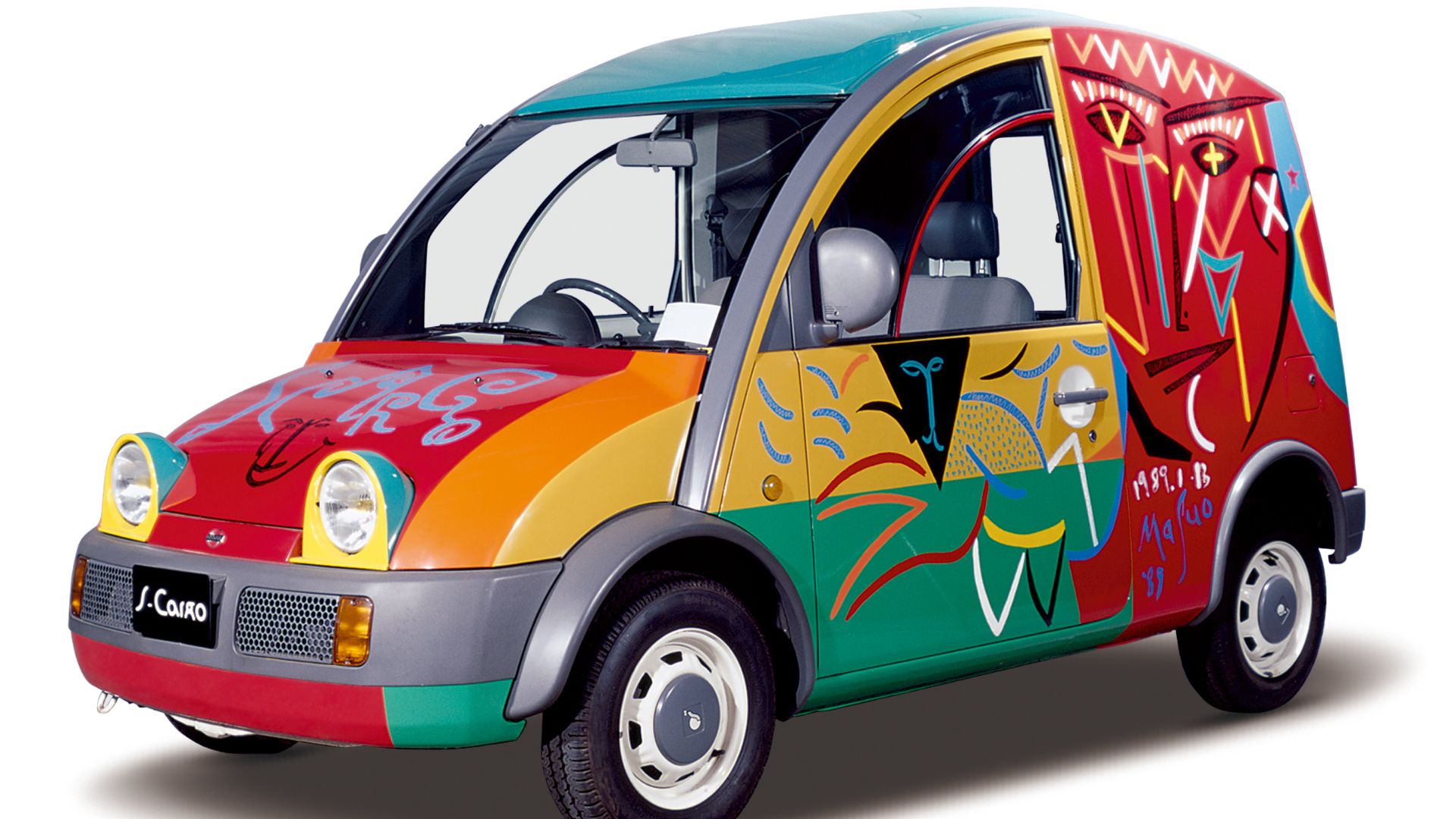 We had to include an example of exactly how quirky the Japanese can be. And they don’t come much quirkier than the Nissan S-Cargo. This retro van, named after the French word for a snail (escargot), is a design icon. Along with its fellow ‘Pike’ siblings, it was referred to by a New York Times critic as ‘the height of post-modernism’. 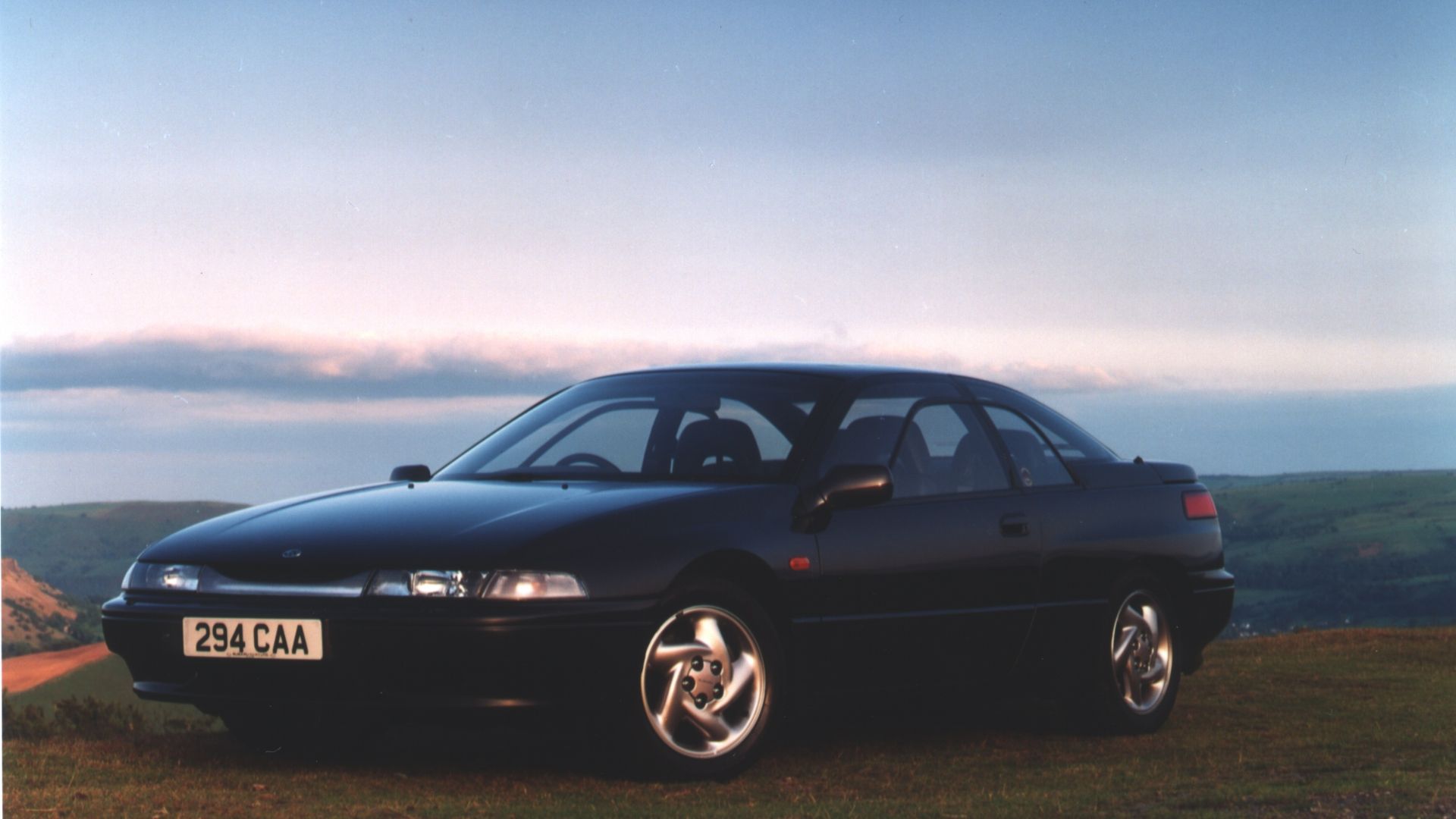 Weird, quirky and (over) complicated?. Wearing a curious Giugiaro suit, the SVX, or ‘Subaru Vehicle X’, is gloriously of its time. Power from its flat-six engine went to all four wheels, exclusively through automatic transmissions. It was, and still is, Subaru’s only foray into the luxury coupe market. We love it. 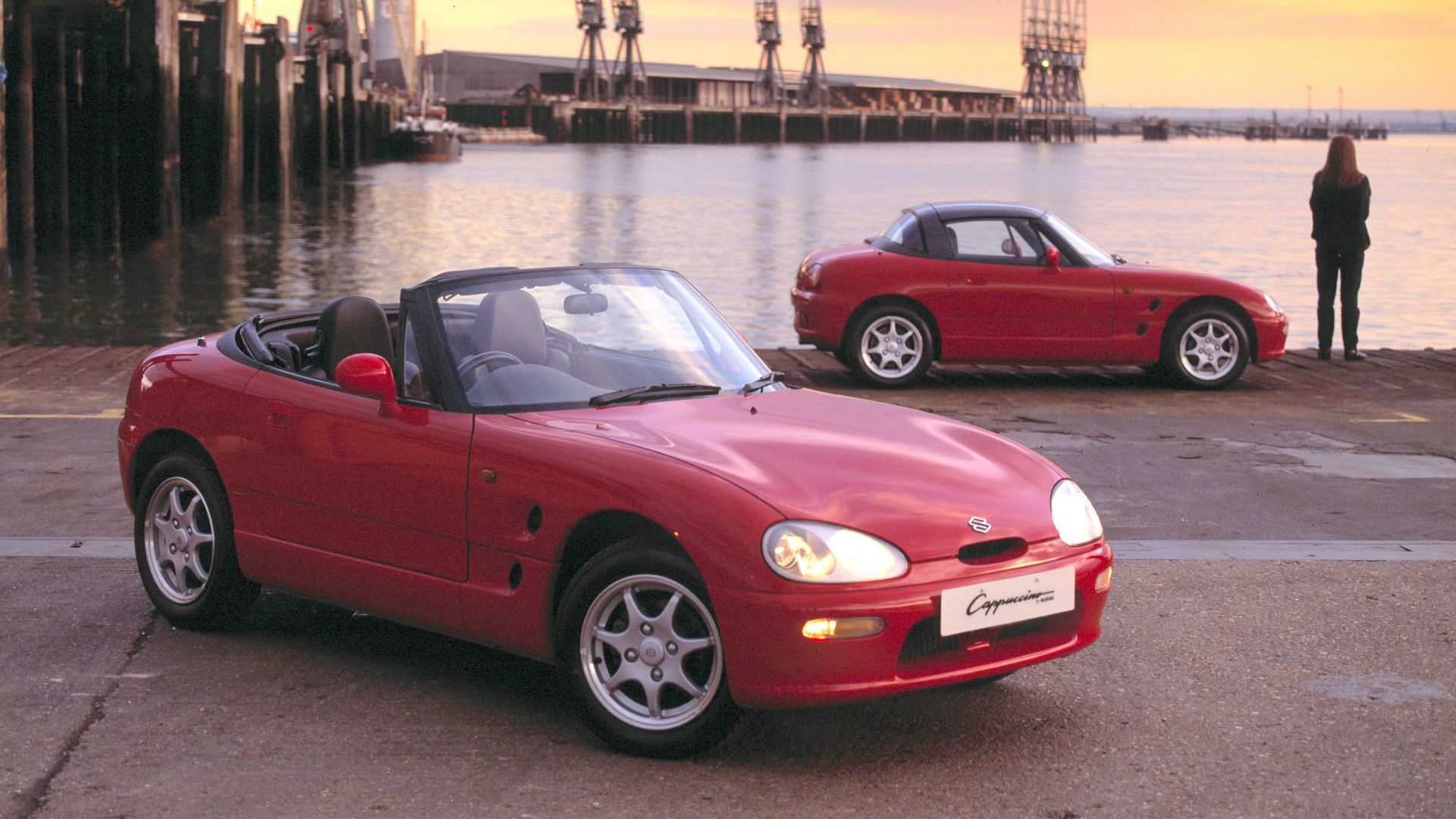 In the small, lightweight and simple corner is the Suzuki Cappuccino. This tiny roadster was Suzuki’s way of saying city-friendly ‘Kei’ cars could still be fun. Powered by a turbocharged three-cylinder engine and weighing just 725kg, it made the then-new Mazda MX-5 look like a Dodge Viper. 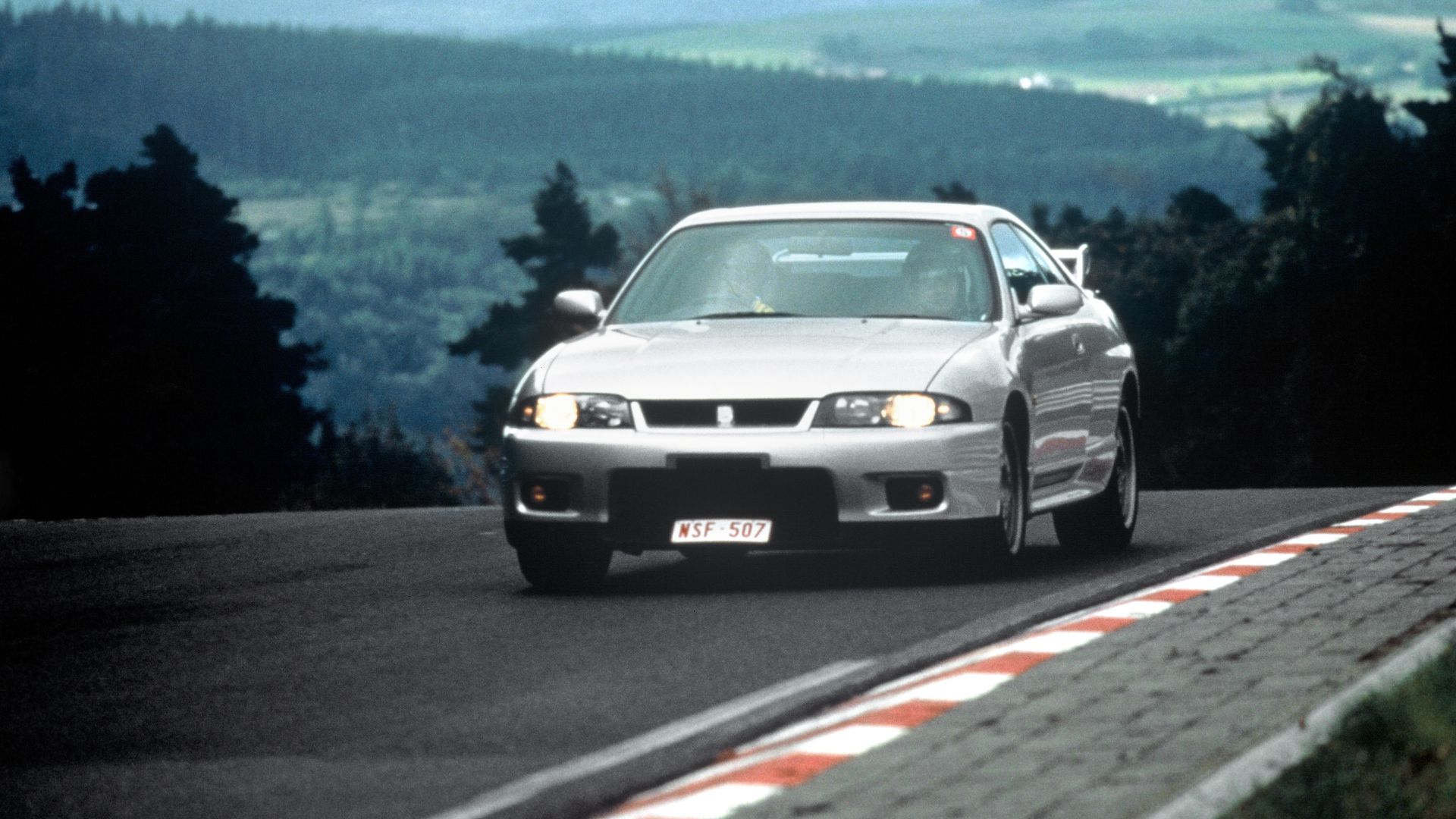 The difficult sequel to the R32 ‘Godzilla’ Skyline GT-R was the R33, which debuted at Tokyo in 1993. More curvaceous and heavier, it broke away from the angular look of its predecessor. Although considered by many to be the low point of the GT-R’s history, the R33 still many merits. We wouldn’t say no to a Nismo 400R. 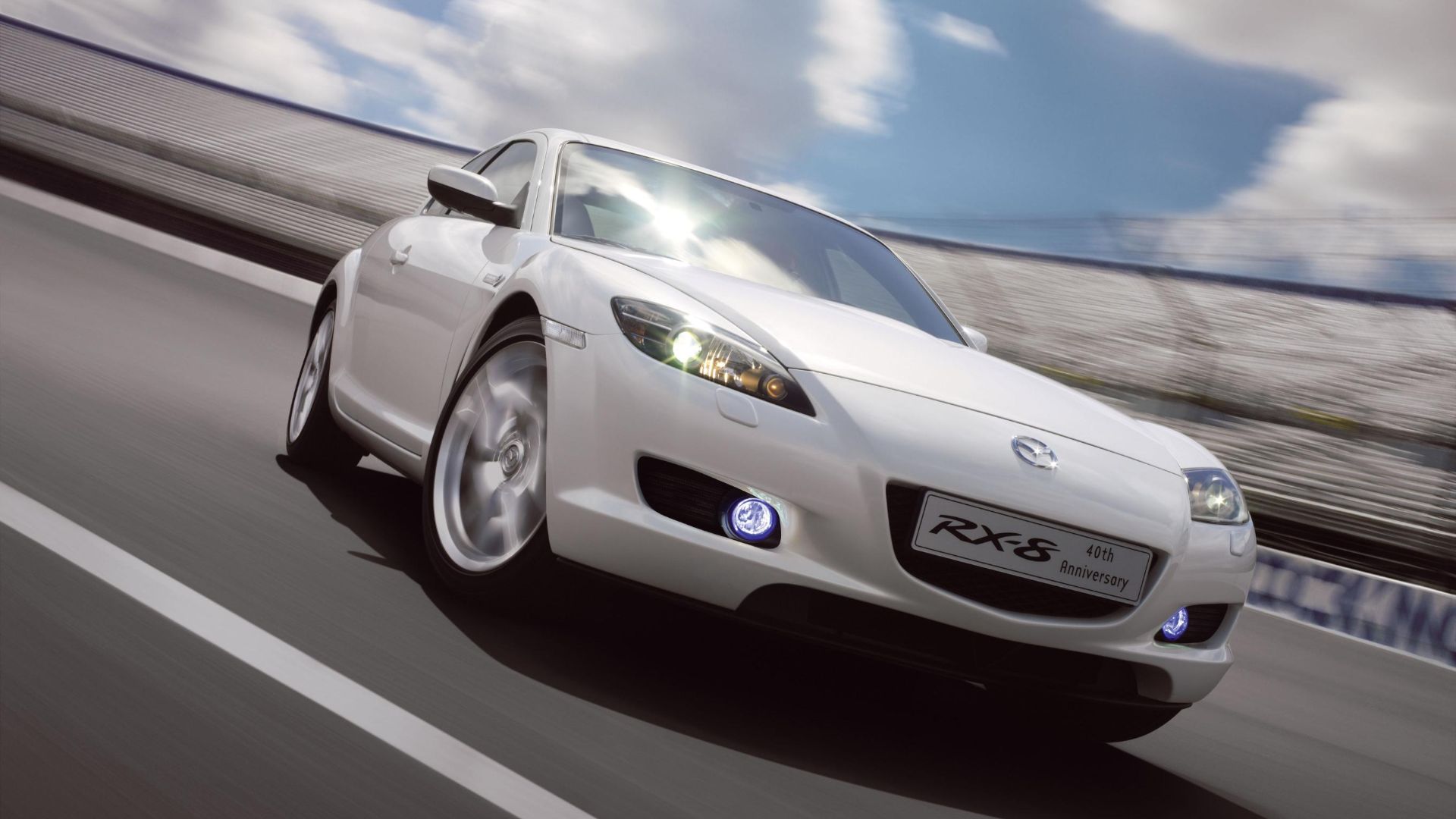 Mazda’s MX-30 electric vehicle is one of the major debuts at Tokyo this year. Alhough there isn’t a piston or rotor, to be found, one legacy item it wears are rear-hinged ‘suicide’ doors. These were first seen on the RX-8, which debuted in 2001. Mazda’s top-flight rotary sports car was cheaper and more practical than the previous RX-7, but its engine still caused controversy, especially for those brave enough to buy one today.

Nissan’s approach to the affordable sports car was rather more traditional. The 350Z had V6 power in the front, drive to the rear and sleek styling. Refreshing, after the clever and over-ambitious 300ZX that it replaced. It has a close relation in the 370Z, which remains in production today. 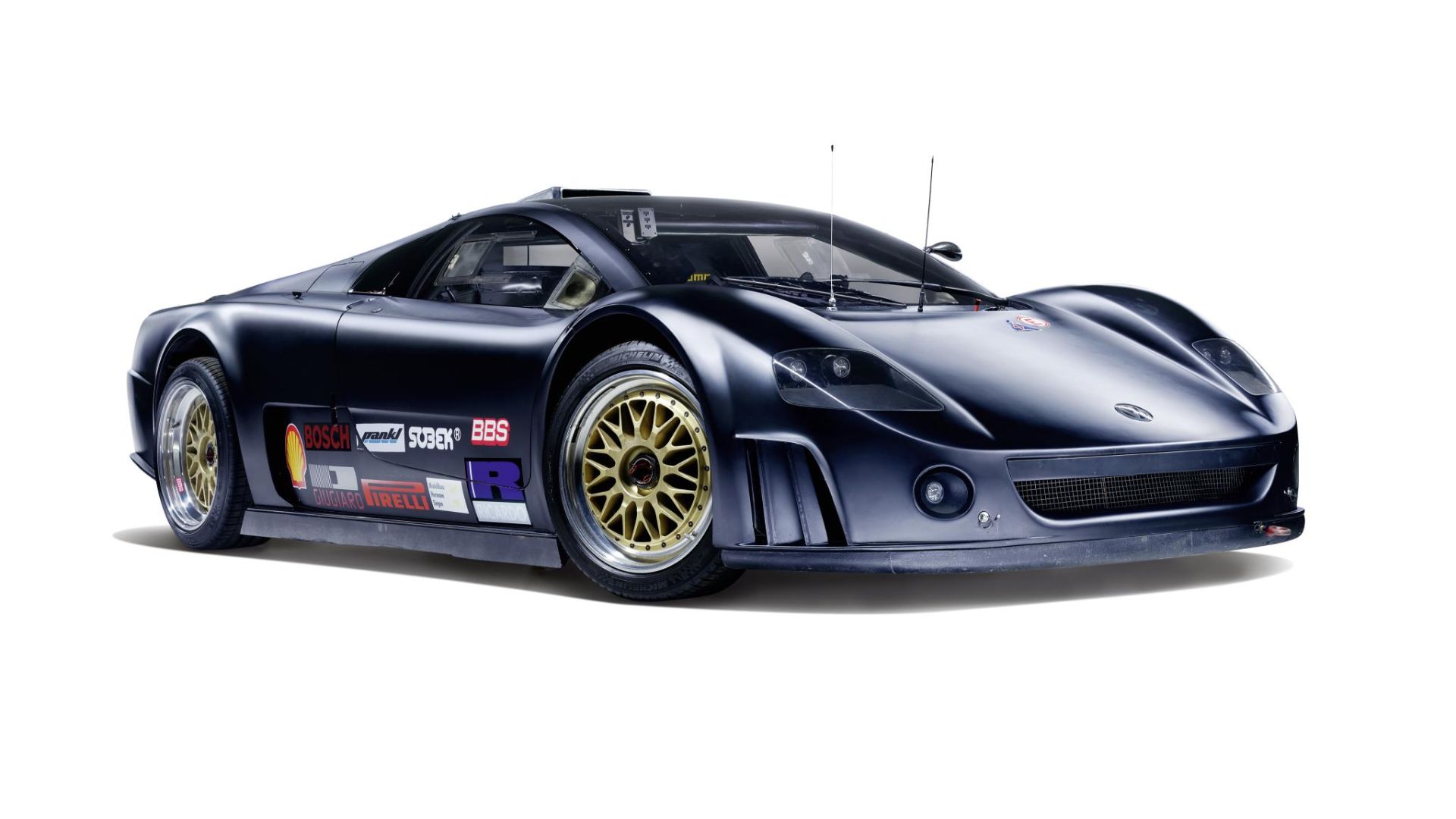 The only non-production debut we’ve included is also the only non-Japanese car. The W12 was not very Volkswagen either, being a 12-cylinder mid-engined supercar. It could have seen the light of day, but the arrival of the Bugatti Veyron effectively killed it. Still, its engine lived on in the Audi A8 and Volkswagen Phaeton, and serves to this day (in turbocharged form) in W12-powered Bentleys. 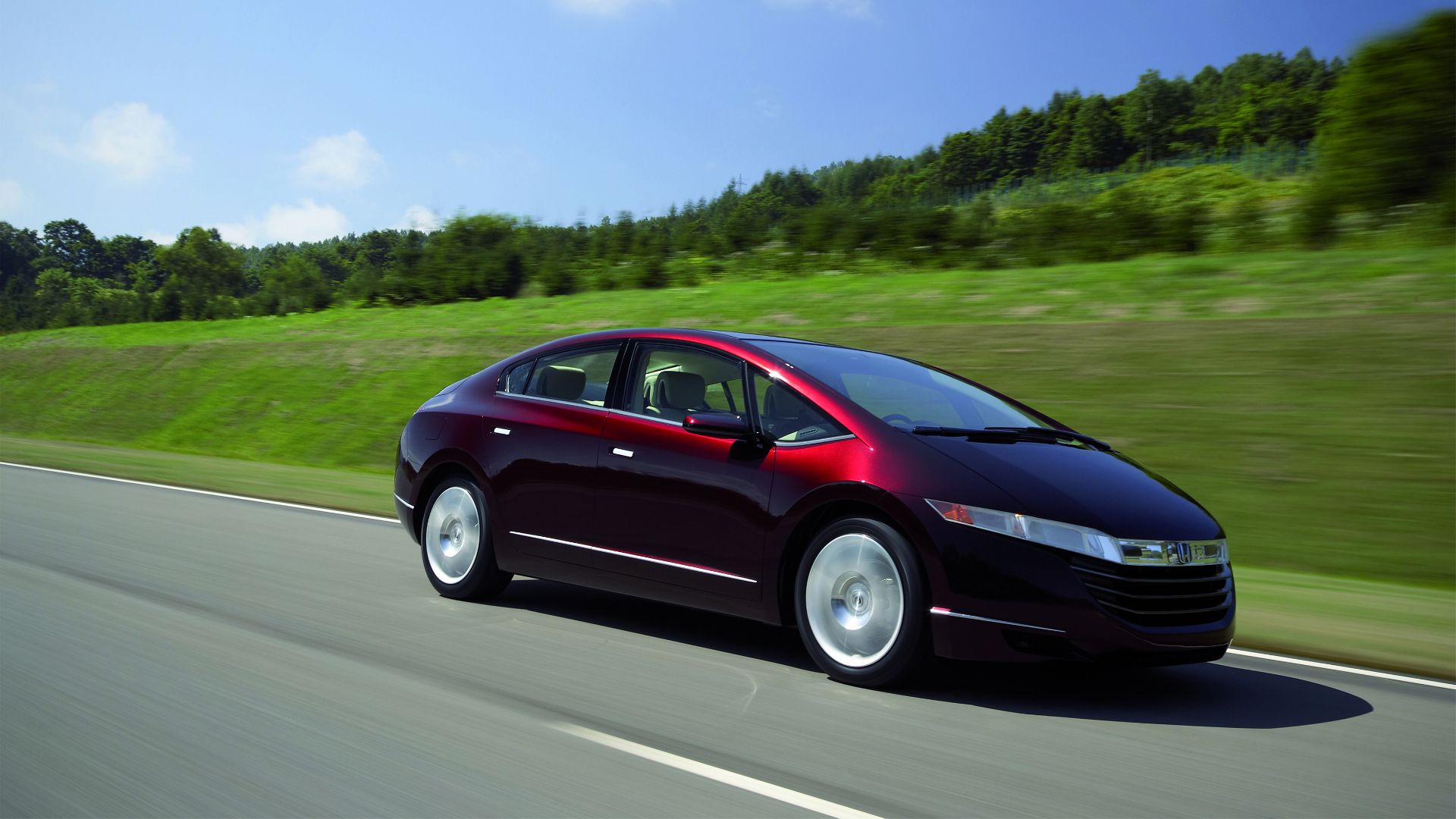 Eco-friendly cars are familiar today, but Honda was investigating alternative powertrains back in 2005. The FCX ‘Clarity’ was a svelte-looking hydrogen fuel-cell car that made the Toyota Prius look a little last-decade. It was presented in concept form at the 2005 Tokyo show. 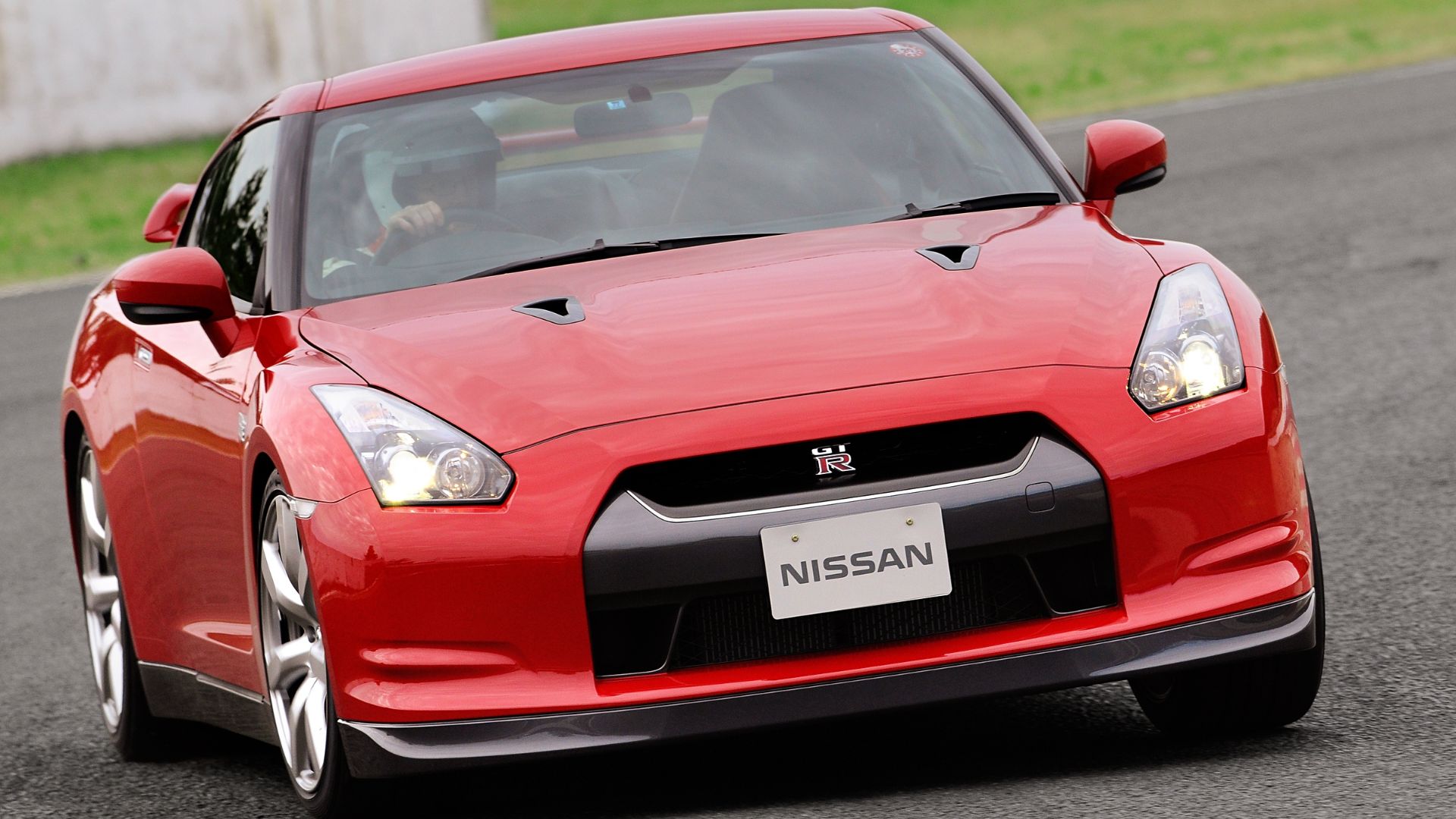 ‘Godzilla’ made its triumphant return in 2007. With a clever all-wheel-drive system, potent twin-turbo 3.8-litre V6 and oh-so-Japanese styling, it was a real return to form: a coupe that could embarrass contemporary supercars around a track. It’s become a staple for tuning companies, while even the performance of the standard car has swollen. It’s now a 600hp monster, up from around 480hp on its debut. 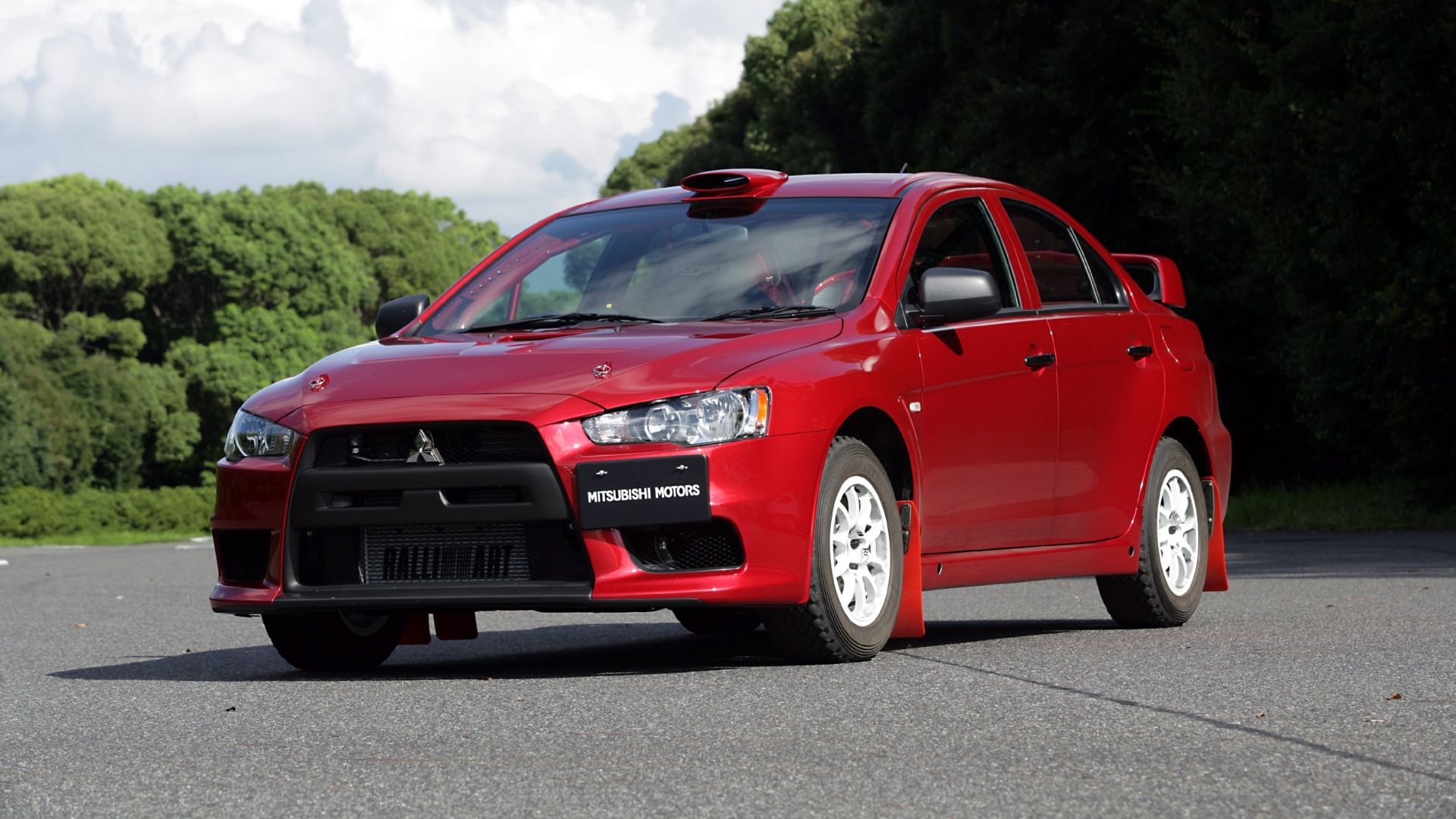 Adding to the theory that 2007 was the second-coming of Japanese performance icons, here’s the Mitsubishi Evo X. With angular styling and typically clever handling tech, it felt like the late 1990s all over again. 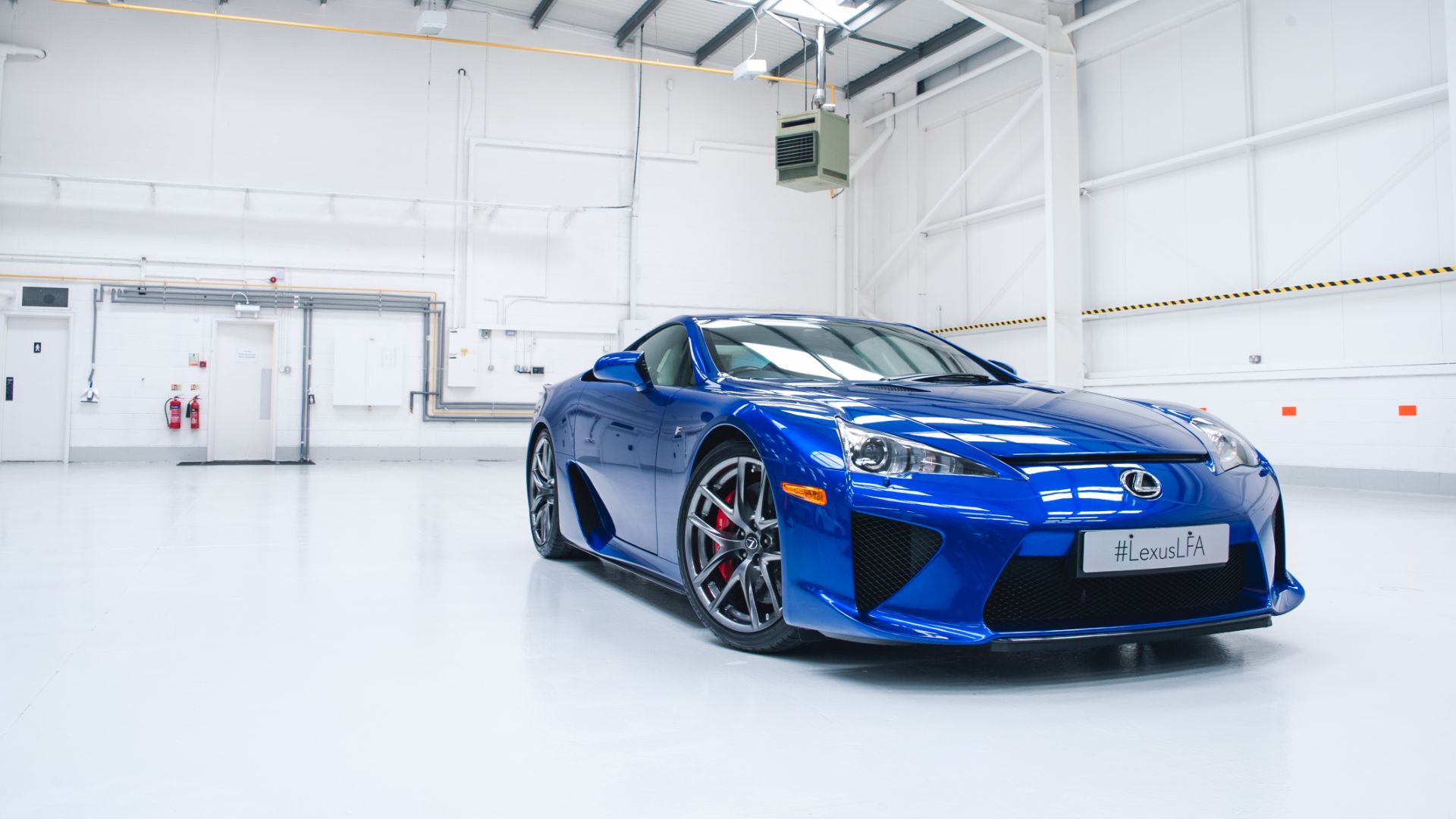 One of the all-time great Japanese supercars, the LFA took more than 10 years to develop, with the project re-started from scratch half-way through. Its incredible V10 revved faster than analogue counters could cope with, so it used a digital tacho. Its sound was tuned by Yamaha. And each car was rumoured to cost twice as much to make as Lexus sold it for. 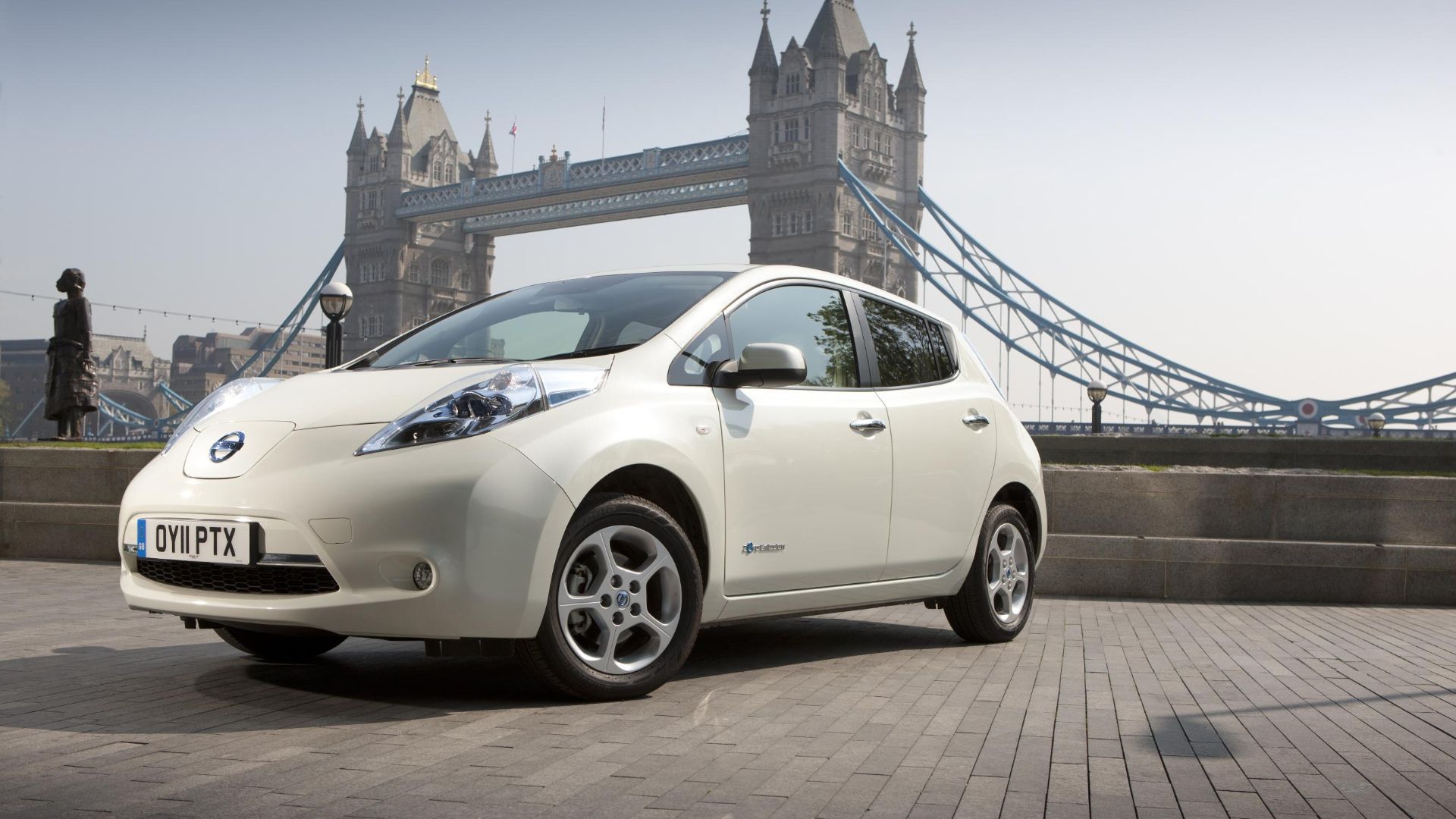 At the other end of the spectrum, 2009 was arguably the beginning of popular electric motoring. Behold, the Nissan Leaf, currently the world’s best-selling electric car. Its NEDC-certified range of 109 miles feels very antiquated now, especially given ‘real-world’ figures were much lower than that, but you’ve got to start somewhere. 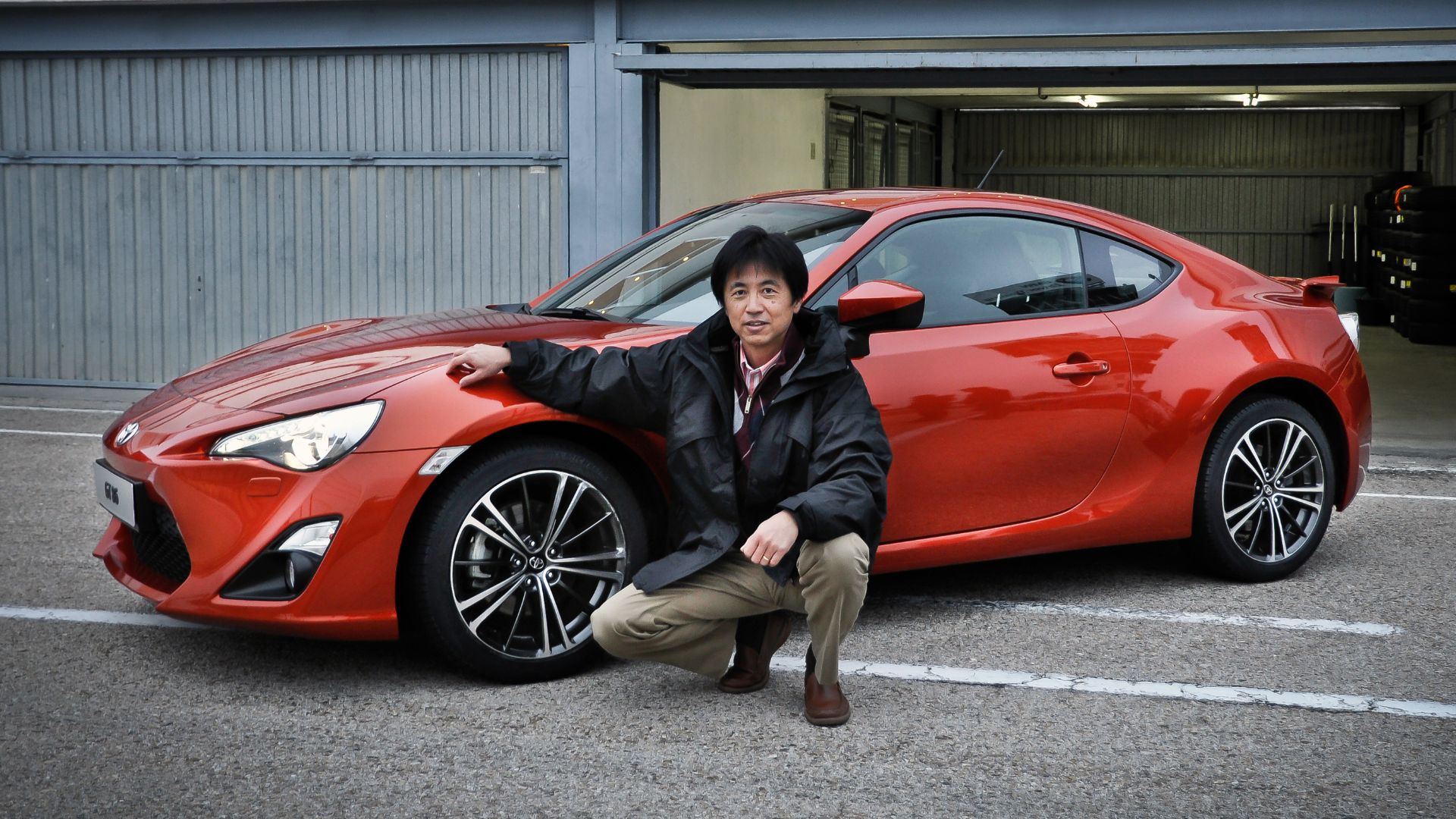 Front-engine, rear-drive, manual gearbox – the GT86 is a sports car distilled into its basic components. Sadly, in spite of strong popularity to begin with, consumers didn’t buy into it as enthusiastically as hoped in the long-term. Nonetheless, there will be a successor. Tokyo 2021, anyone? 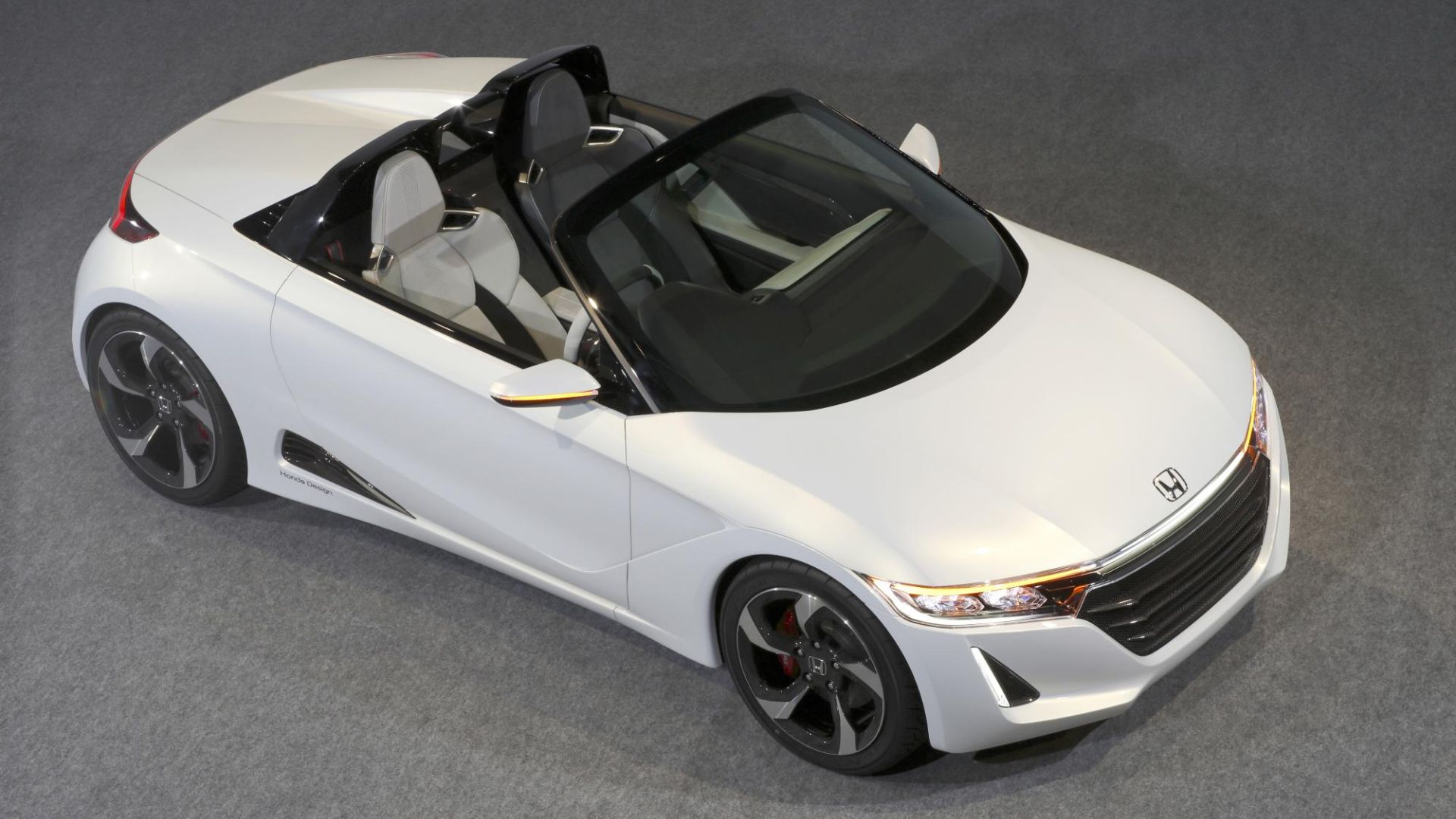 Back to the oddities, this is the Honda S660. Think of it as a mid-engined modern-day Cappuccino. That is, a Kei car with sporty looks and a tiny three-cylinder turbocharged engine, plus a kerb weight of just 830kg. It wouldn’t go into production until two years after its 2013 Tokyo debut. 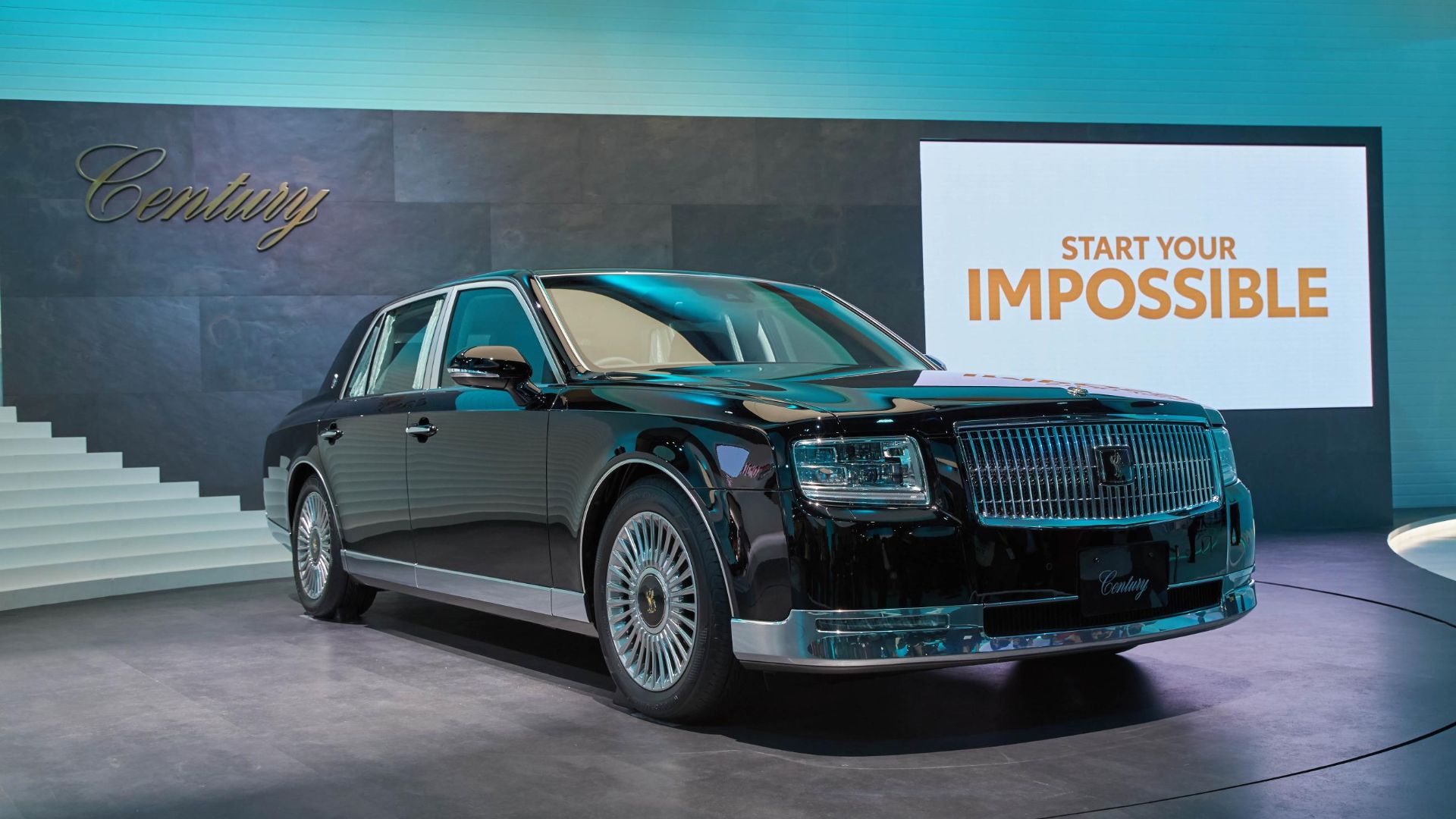 Our final entry? A quintessentially Japanese take on a very European beast – the full-size luxury saloon. The Toyota Century is a long-standing model – the Japanese Rolls-Royce – and it continues to plough its own furrow. Just look at the wool interior!