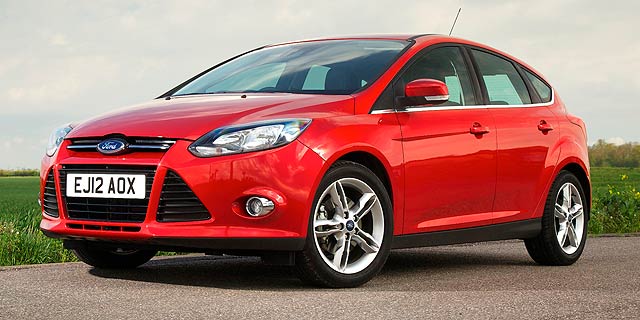 More people bought a new car with a Focus badge on the back than any other car on the planet, new registration data for the first half of 2013 has revealed.

But not best-selling car.

Well, as you may remember, we’ve been there before: Toyota argues the Corolla is currently the planet’s favourite new car, losing the best-selling name only because it’s not called Corolla in all markets – it’s named Auris over here, for example.

No, we’re not fully convinced how a car not called Corolla can be counted towards Corolla sales either…

Anyhoo, is IS a definite Ford one-two in the top five best-selling car names: the Ford Fiesta is the world’s fourth best-selling vehicle, the data from Polk has revealed.

The Focus’ lead over it has increased so far this year though, with global sales up 20 per cent in the first half of 2013: that’s 589,709 registrations, with demand from China and Asia accounting for the growth.

British buyers took 47,675 of them, making the Focus our second best-selling new car.

“This is Ford’s ‘One Ford’ global strategy at its best:  great-looking vehicles with leading fuel economy, leading quality, technology and fun-to-drive personalities.”

One Ford, number one: two out of the top five ‘aint bad, either…