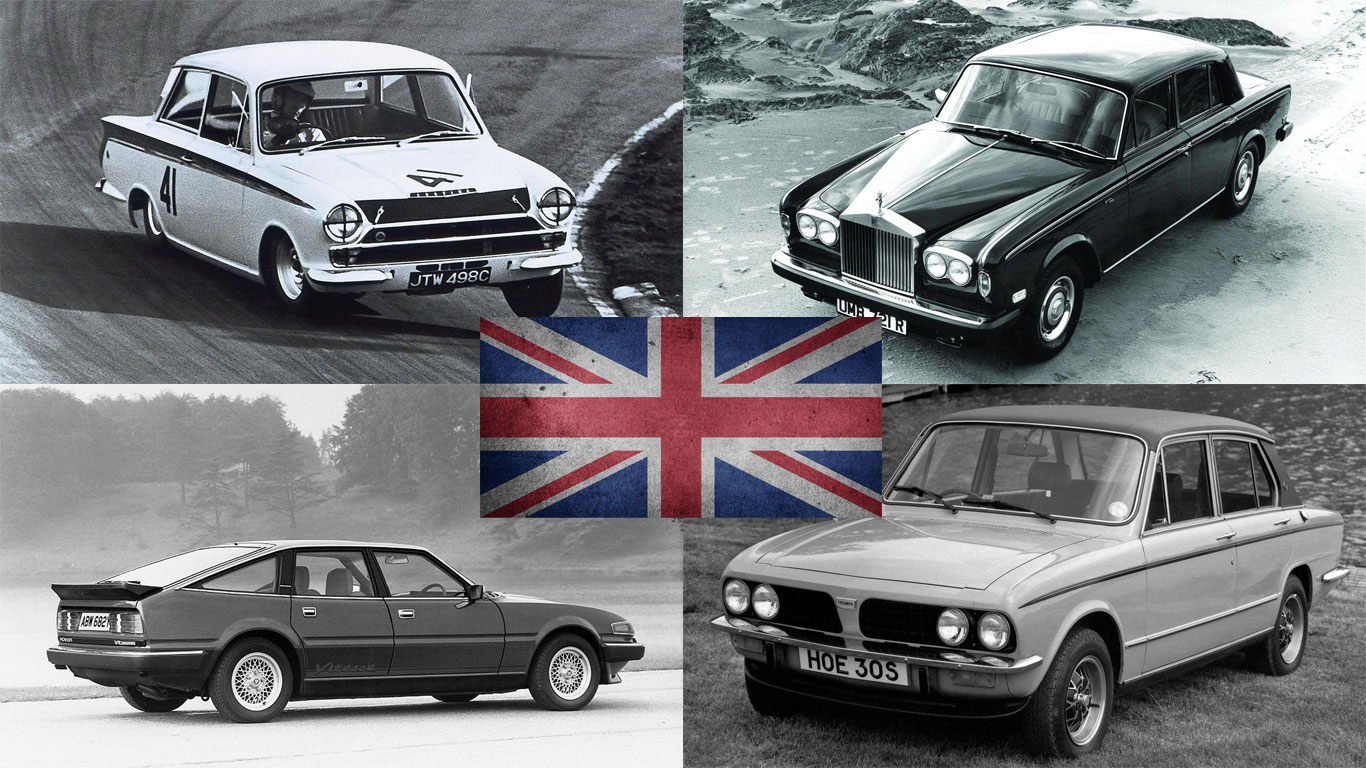 The biggest challenge when creating a list of 25 great British cars is deciding which ones to leave out. We’ve selected 25 of our favourite motors, including a few that might raise a few eyebrows. That said, we start with something entirely predictable…

Brexit: the UK automotive industry reacts
Opinion: should carmakers have done more to prevent a Brexit?

The original Mini: the little car that changed the world. Like the E-Type, everything that could be written about the Mini has already been written. Its incredibly clever packaging, fun-to-drive dynamics and ability to appeal to everyone from rock stars to housewives ensured the Mini would be remembered as a true great. When the Cooper S took on the Monte Carlo Rally — and won — the Mini’s place in the history books was assured. 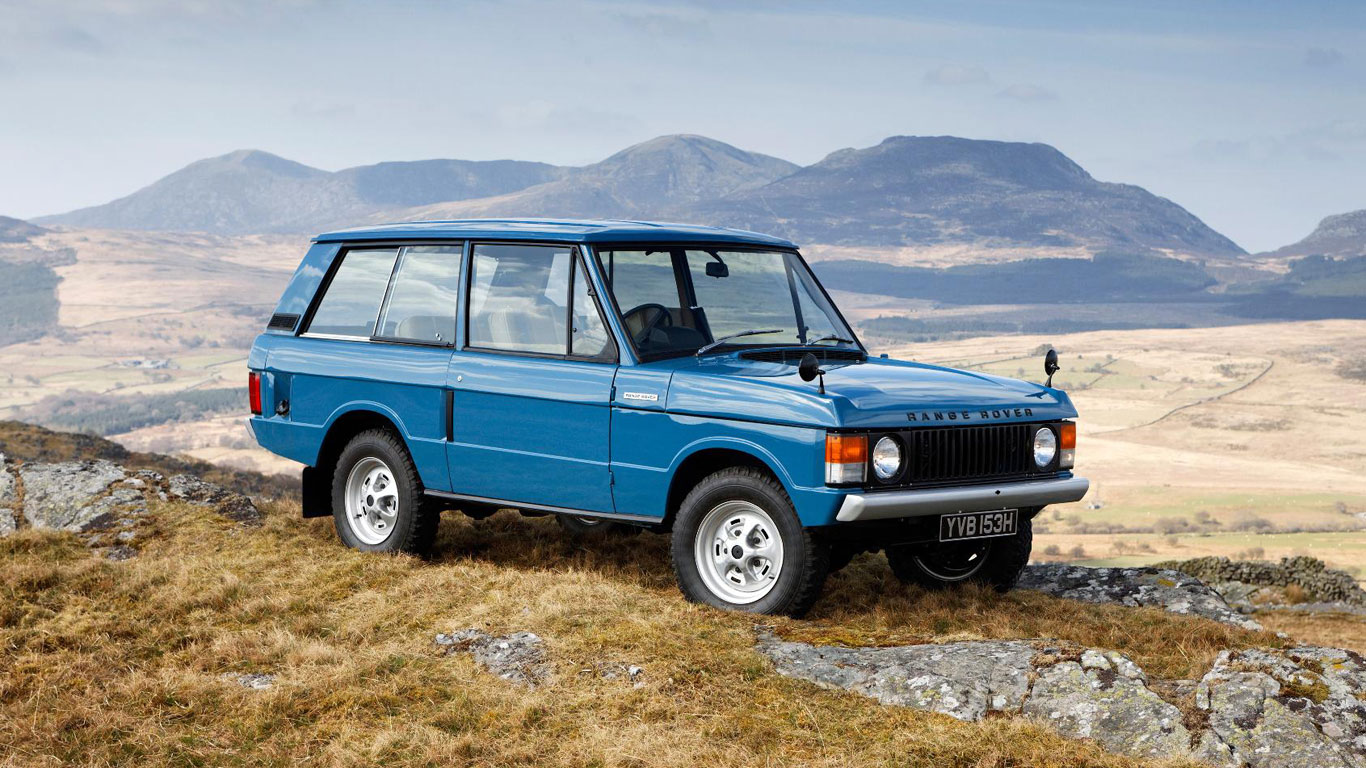 The Range Rover might not have been the first ‘posh’ SUV — the Jeep Wagoneer can claim that title — but it revolutionised the sector. Here was a car that was just as good on the road as it was off it. By today’s standards, it was a relatively crude affair, but as it evolved, the Range Rover morphed into the definitive luxury SUV.

Ferrari and Maranello, Lamborghini and Sant’Agata, McLaren and… Woking. Its birthplace might not sound as illustrious as that of its Italian rivals, but make no mistake, the McLaren F1 is a legend amongst supercars. It held the record for the fastest production car in the world and featured an innovative three-seater layout. The engine bay housing the 6.1-litre V12 engine was, quite literally, made of gold.

“Simplify, then add lightness.” Lotus founder, Colin Chapman, may have died many years before the first Elise rolled off the Hethel production line, but it’s fair to say he would have approved of its construction. By stripping away all that was unnecessary and making efficient use of lightweight materials, Lotus created one of the world’s ultimate drivers’ cars. It’s as though the British B-road was invented for the Elise. 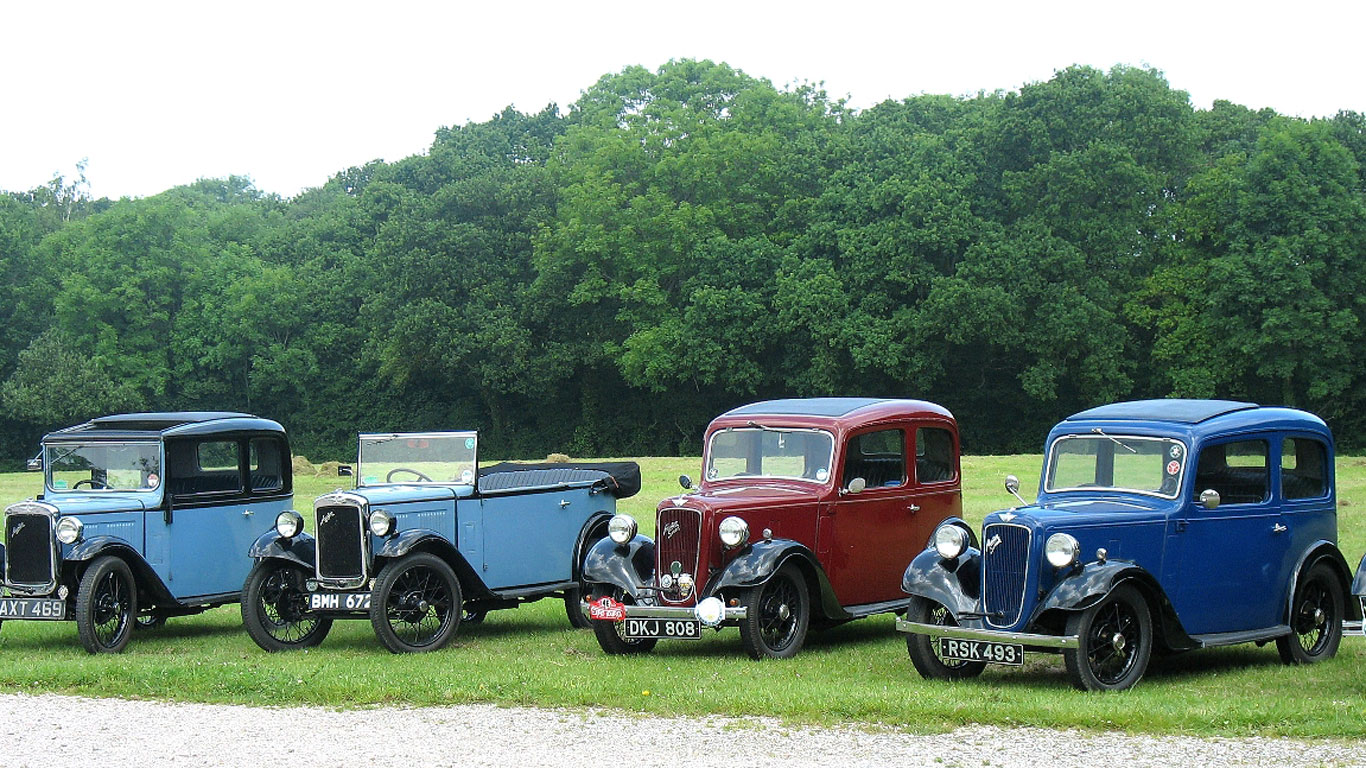 When Herbert Austin set about creating the Austin Seven his ultimate aim was to build “a decent car for the man who, at present, can afford only a motorcycle and sidecar”. It has been likened to the Ford Model T, but thanks to the many variants, it’s also like a Swiss Army Knife on four wheels. The Seven provided a cost-effective platform for racing, which led to the Design Museum crediting it as laying the foundations for Britain’s supremacy in Formula One design and construction. Praise indeed.

We don’t need huge sales figures, record-breaking top speeds or groundbreaking technology to make us proud. Consider, if you will, the Lynx Eventer. Take one Jaguar XJ-S, send it to coachbuilders Lynx and, hey presto, a 155mph performance car with the practicality of a family estate. Proof that nobody does a shooting brake quite like the British.

Without the help of a certain Mr Bond, we’ll never know if the Aston Martin DB5 would have enjoyed quite the same level of success. It’s interesting to note that in the Goldfinger book, author Ian Fleming placed 007 at the wheel of a Aston Martin DB MkIII, but the film producers chose to use the recently launched DB5. The ultimate Bond car and the ultimate Aston Martin? Quite possibly, Miss Moneypenny. 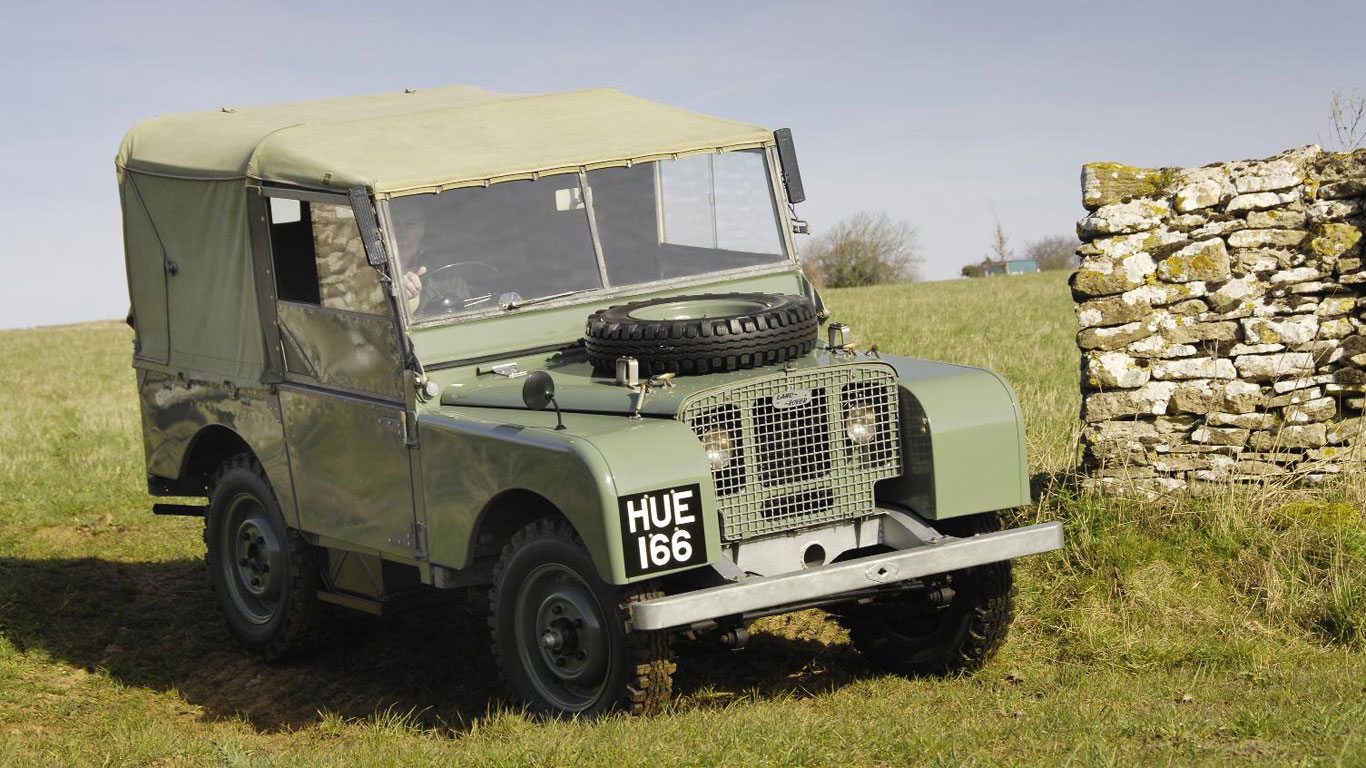 Britain’s most famous off-roader was conceived on a beach in Anglesey and built using some old wartime Jeeps. We can thank Rover designer Maurice Wilks, who sketched a design for the ultimate off-roader in the sand at Red Wharf Bay and helped to kick-start a production run that would span close to seven decades.

Over half a million were built and it encapsulates all that is good (and bad) about the British sports car. It is, of course, the MGB – one of Britain’s finest exports and, for a while at least, the world’s best-selling sports car. Drive a good one and you’ll never look back. Drive a rough one and you’ll take the bus back.

When you can count the likes of Jay Leno, Gordon Murray and Harry Metcalfe on your list of owners, you know you’re doing something right. The Lotus Elan Sprint weighed just under 700kg and, with its front-mid engine layout, offered near-perfect weight distribution. Another reason why we can be proud of the Elan? Mazda used it as the inspiration for the MX-5, which is the best affordable sports car you can buy. 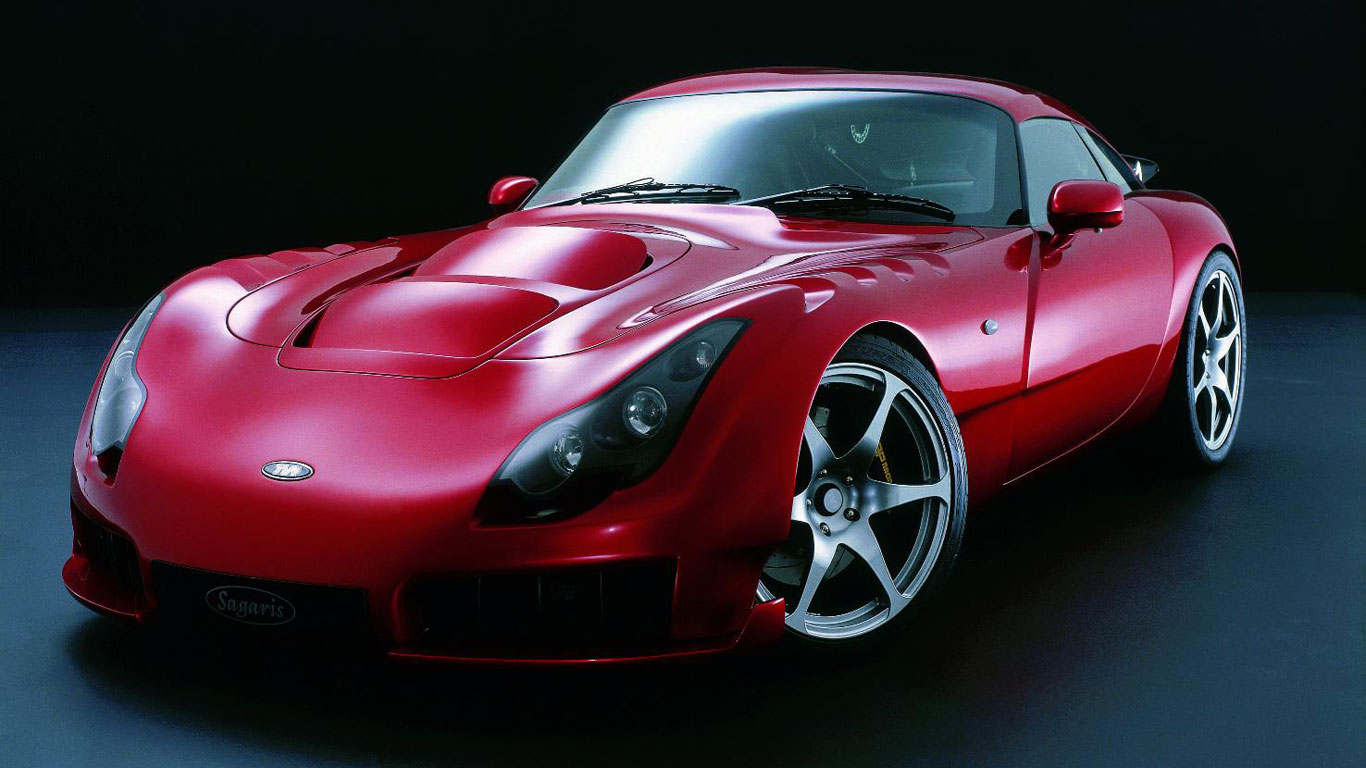 The TVR Sagaris is a bit of an enigma. On the one hand it offered the brutal performance, outlandish styling and design quirks that you’d expect from one of Blackpool’s finest. But read the contemporary reviews and you’ll find it was one of the most sorted and predictable sports cars TVR had ever produced. Overall, it’s the kind of homegrown low-volume sports car Britain does best.

Is the Silver Shadow the greatest car Rolls-Royce has ever produced? Most certainly not, but its ‘car for the masses’ approach took the brand into unchartered waters, becoming the firm’s most successful car in the process. Compared to the models before it, the Silver Shadow of 1965 was, relatively speaking, rather conventional. But it retained the exquisite craftsmanship and sense of luxury.

The Mk1 Ford Lotus Cortina was one of the true pioneers of the performance saloon and one of the world’s first Q-cars. The recipe was simple: take a lightweight Ford Cortina body and add a Lotus engine from the Elan and Europa. A legend of road and track was born, with the Cortina providing the benchmark for all future performance family saloons. 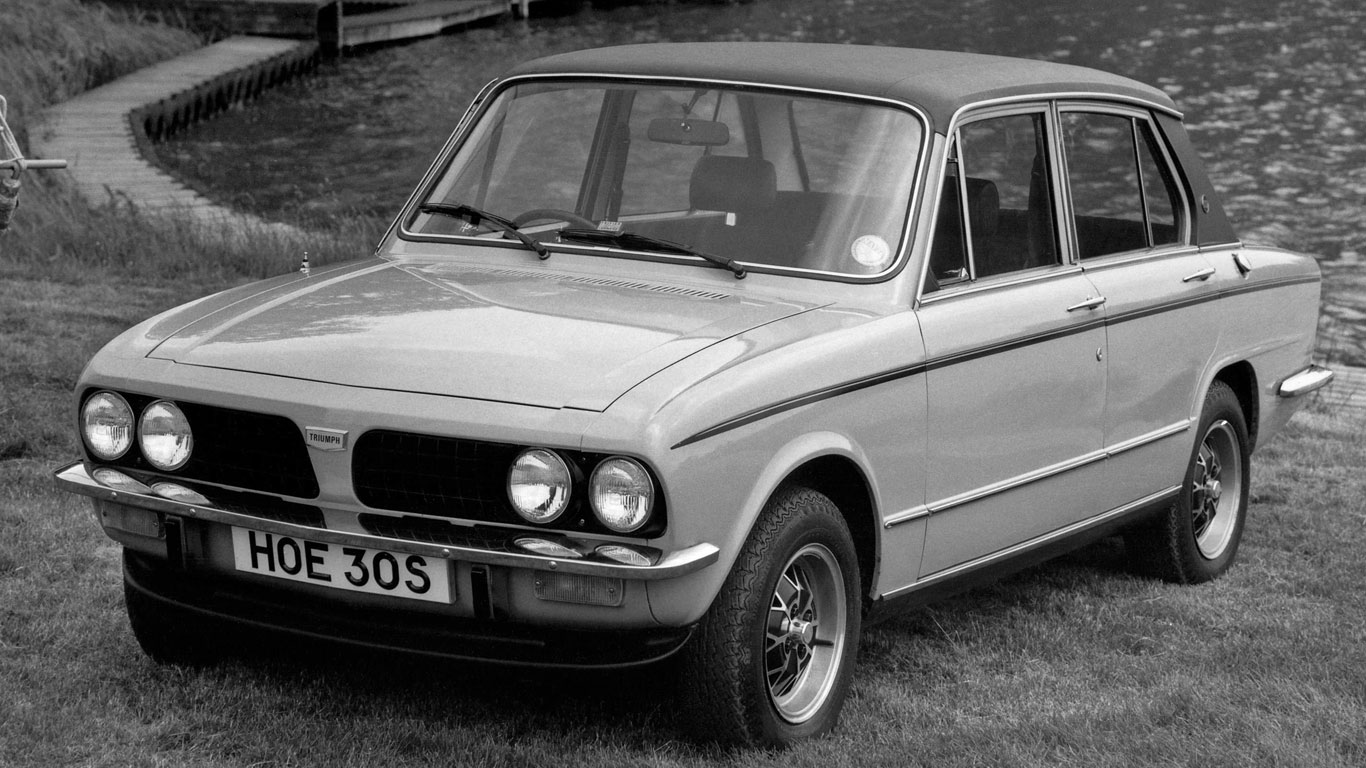 A controversial choice, perhaps, but the Triumph Dolomite Sprint deserves far greater respect than it receives. While the likes of the Alfa Romeo GTV, BMW 2002tii and Ford Escort RS200 are held up as 70s performance gems, the rear-wheel drive, Michelotti-designed Dolly Sprint is largely forgotten. In its day, the Sprint more than lived up to its name, while offering the practicality of four doors. A rare highlight of the British Leyland era.

Talk about making a grand entrance. The 3-Litre was Bentley’s first production vehicle, which laid the foundations for a future of elegance, performance and racing success. Indeed, the 3-Litre was successful in the 1924, 1927, 1928, 1929 and 1930 24 Hours of Le Mans races.

It’s only right that the nation that gave the world the Ministry of Funny Walks should also deliver the brilliantly bonkers Morgan 3 Wheeler. It weighs a featherlight 525kg, helping to get the most from its 2.0-litre V-twin engine. Better still – the forthcoming all-electric EV3 weighs less than 500kg, with Morgan claiming a potential range of 150 miles. We can hardly wait. 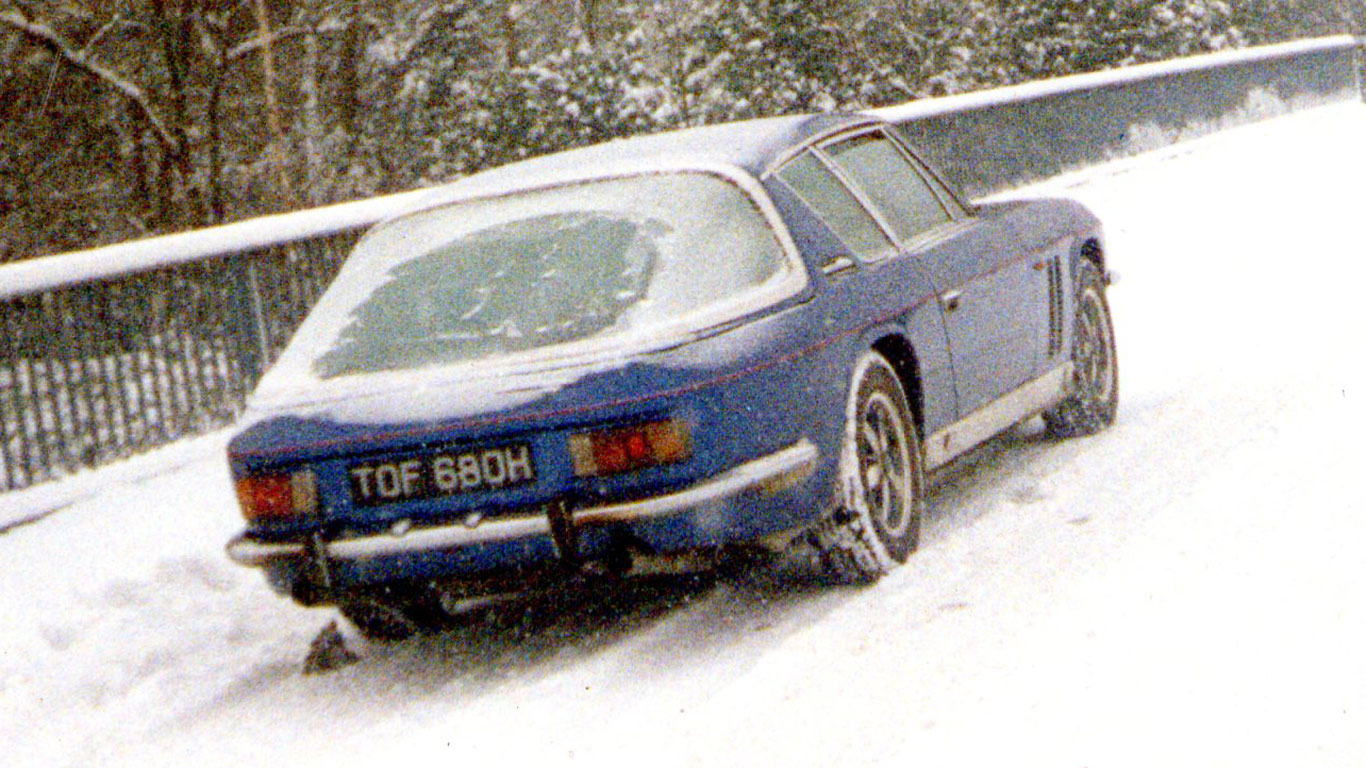 The Jensen FF will go down in history as the world’s first non-SUV to offer permanent four-wheel drive and anti-lock brakes. The FF stands for Ferguson Formula, after the company that supplied the four-wheel drive system, but while the Jensen wasn’t a sales success, it laid the foundations for future 4WD road cars. The Audi quattro is just one example.

There’s an unwritten rule that suggests you cannot write about the Reliant Scimitar GTE (Grand Touring Estate) without mentioning Princess Anne. The Princess Royal received her first Scimitar on her 20th birthday, clearly attracted by the performance and practicality. The GTE also paved the way for the likes of the Volvo P1800ES and Lancia Beta HPE.

With a longer list to work with, we would have included a number of different Rovers. But for this shortlist, we settle on the Rover SD1 Vitesse. Here was a car that could have been a world-beater, but build quality issues, poor reliability and striking workers meant it never really stood a chance. The 190hp 3.5-litre Vitesse was a fitting swansong for Britain’s nearly car, giving it the performance to match its Ferrari Daytona styling. 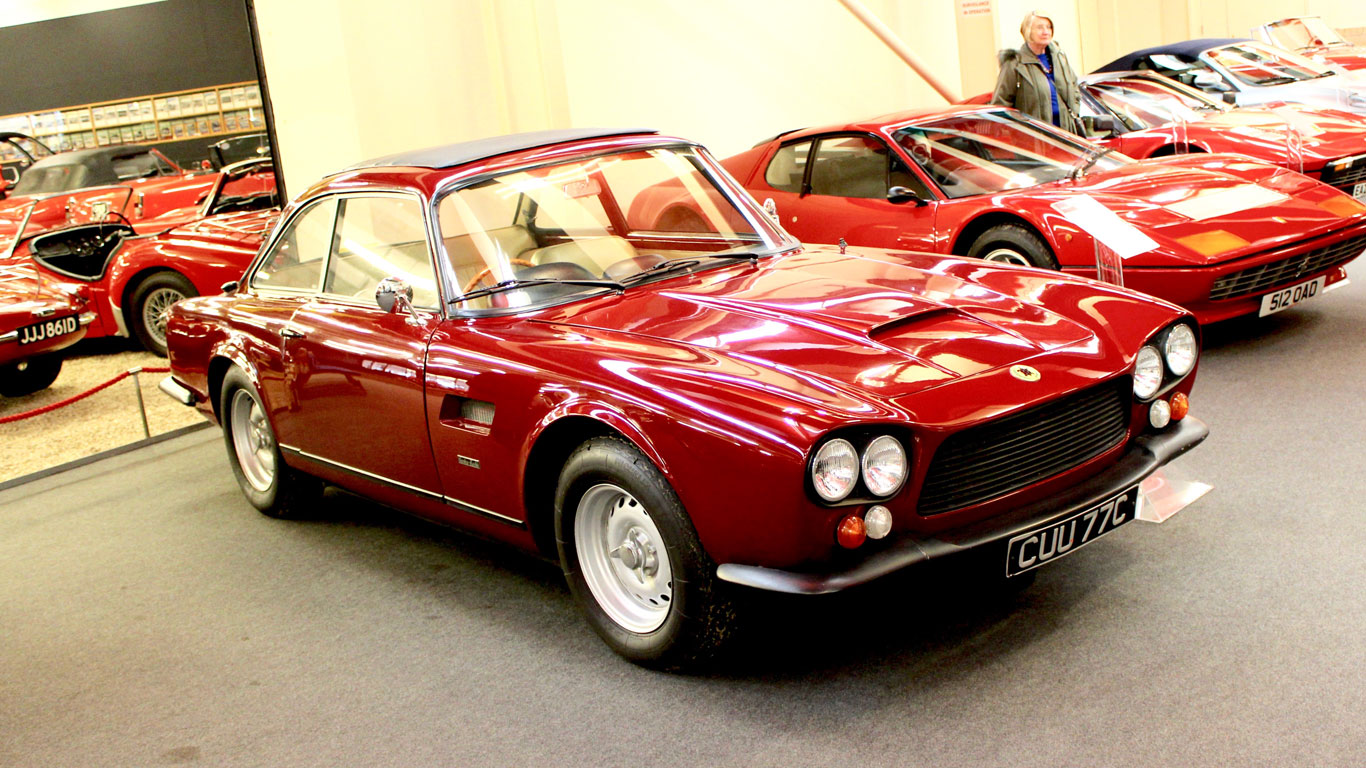 Another controversial choice, but hear us out. Spend some time in the company of a Gordon-Keeble and you’ll begin to admire its understated beauty (you can thank Giugiaro for that). But it’s so much more than a pretty face, as highlighted by its wondrous interior and 5.4-litre V8 engine. Here’s a GT that could transport you to the South of France with all the elegance and charm of a Facel Vega, Ferrari or Aston Martin. Oh, and it has a tortoise for a badge.

The Turbo R arrived in 1985, effectively replacing the Bentley Mulsanne Turbo. The R stood for Road holding, with Bentley placing greater emphasis on dynamics and driver appeal. Power was up, the suspension was stiffened and alloy wheels were added. The Turbo R might have upset the Bentley purists, but it’s a true great.

The Vauxhall Chevette 2300HS was a hot hatch before the world knew what a hot hatch was. A hairy-chested, homologation special that stank of Brut and needed to be taken by the scruff of the neck to get the best from it. Unlike other rally specials of the era, the Chevette is still relatively cheap, so grab one while you still can. 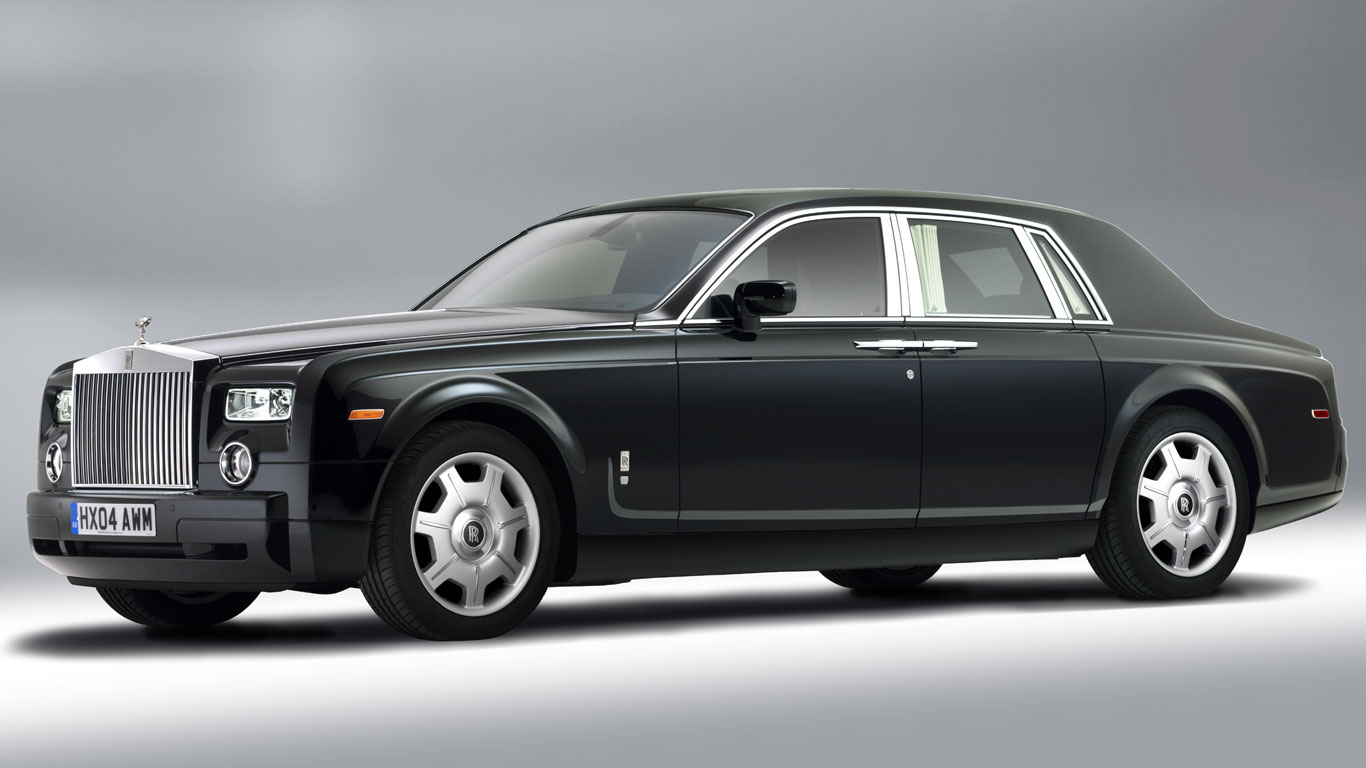 Put aside the German parentage for a moment and revel in the absolute majesty of the Rolls-Royce Phantom. Built within a stone’s throw of Lord March’s country pad, the Phantom proves that when it comes to opulence and luxury, Britannia still rules the waves.

From a car that only the chosen few will enjoy to one that will have touched millions of lives. The Austin FX4, better known as the Black Cab, is one of London’s most famous icons, up there with the Routemaster bus, Big Ben and Buckingham Palace.