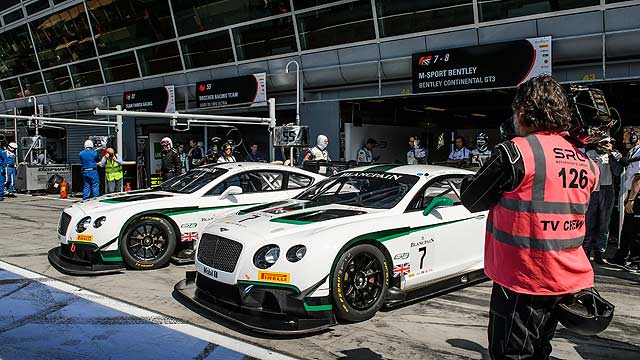 Bentley has WON its first race on British soil in 80 years after a thrilling race at Silverstone in the Blancpain Endurance Championship.

The Bentley Continental GT3 driven by Brits Guy Smith, Andy Meyrick and Steven Kane battled to the lead of the race despite receiving a drive-through penalty.

Bentley is back: why British brand’s return to Silverstone is a landmark

The M-Sport-prepared Bentley had to pass a Team ART McLaren to grab the lead of the race in its closing stages; a WRT Audi R8 LMS finished in third.

Bentley’s victory comes in only its second race in the Blancpain championship and now surely marks the team down as title contenders. Progress since the opening round at Monza has been enormous and there’s clearly lots of development left in the Continental GT3 racer.

The next race, at France’s Paul Ricard on 28 June, is now certain to be a thriller…