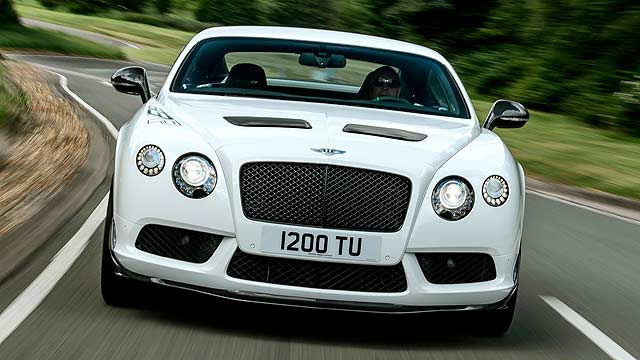 Bentley revealed its 580hp Continental GT3-R limited edition model at the Goodwood Festival of Speed 2014 – and announced it is estimated to cost an astonishing £237,500.

The extraordinary RRP is around £100,000 MORE than the GT V8 S it’s based on. Despite this, interest has still been high, reported Bentley board member for sales and marketing Kevin Rose during a Goodwood briefing: around half of the 300-car limited edition run has been accounted for, even before the car’s official launch…

What’s more, included in the price will be some exclusive driver training from Bentley’s own professional Bentley Boy drivers.

“Buyers whop purchase a GT3-R can have time with the Bentley racing drivers,” said Rose. “This will include tuition, training, track days – we’ll run days and weekend events all over the world.

“The idea is that we’re not just selling the car, but offering the whole racing experience.”

There’ll be high tech data logging opportunities available too, he added. “We’ll record data from the track days and events – including video footage – and put this online so our experts can analyse it and advise customers how they can get the best from their cars.”

Bentley’s doing this because it thinks GT3-R buyers will be powerful brand advocates. “These are our pinnacle performance customers so we want to invite them in, bring them into the brand,” said Wolfgang Durheimer.

“We want them to be ambassadors for the brand.” 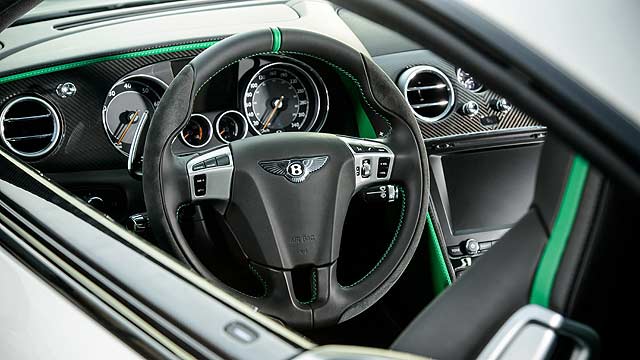 The GT3-R is about as extreme as the brand can go, explained Bentley board member for engineering Rolf Frech: customers still expect a baseline of comfort and GT ability. It’s this lighter, by 100kg, but not stripped back like a Porsche 911 GT3. All soundproofing remains in tact…

Weight has been saved through the use of carbon fibre for the door casings inside, standardising Bentley’s ceramic brakes and removing the rear seats. Alcantara is also used extensively – it’s a bit lighter than leather – and 8kg is saved by the use of a titanium exhaust. Frech started it up at Goodwood and blipped the throttle: it sounds very raw and crackle-ready.

Frech revealed something else too – the 580hp power output for the GT3-R isn’t a peak figure. The V8 engine actually has an overboost function that delivers up to 610hp in transient situations.

Because it’s not a permanent figure, it can’t be homologated as 610hp, but owners will still get to enjoy it in short bursts whenever they floor the throttle…