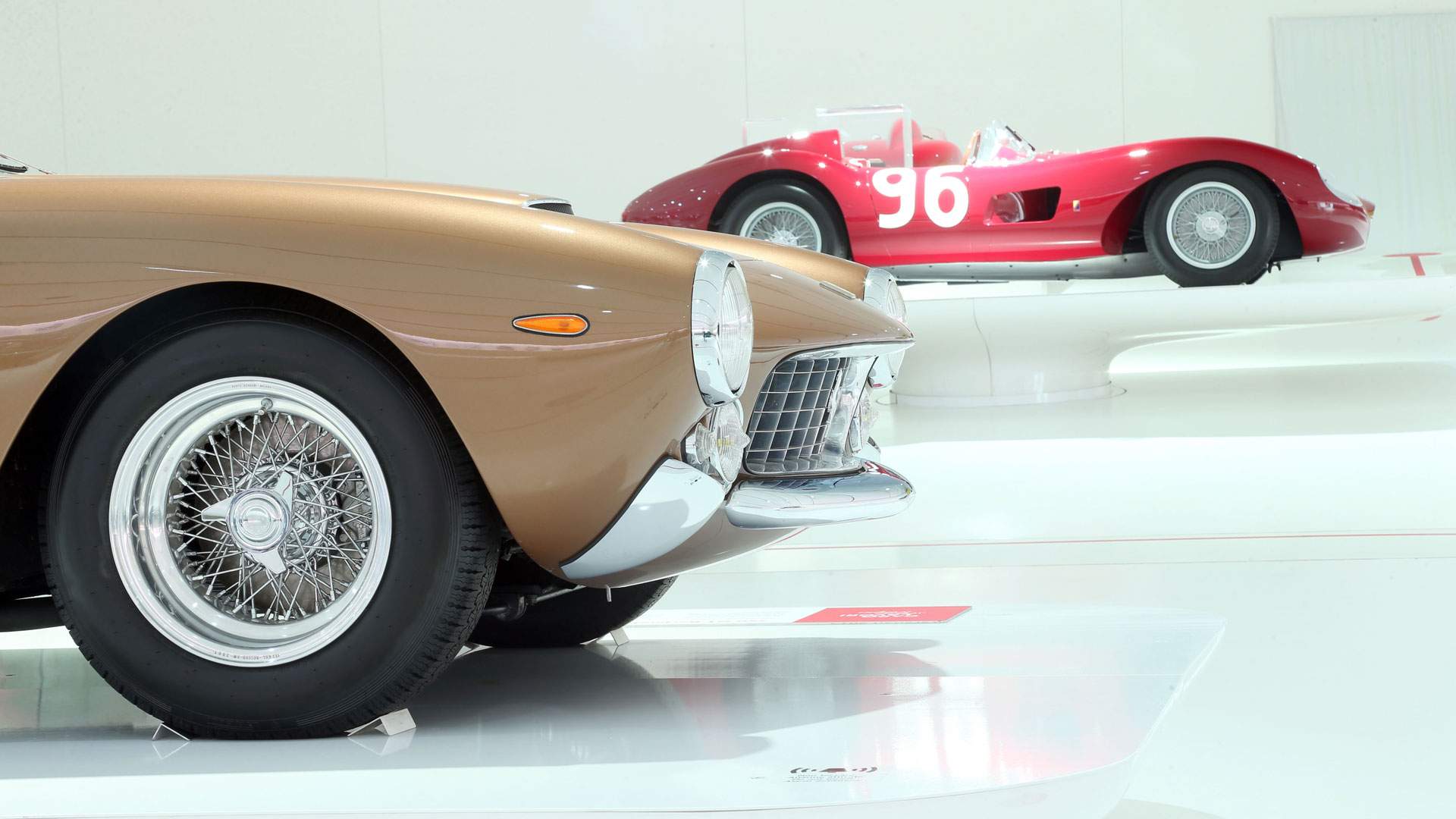 The Enzo Ferrari Museum in Modena in hosting a ‘Timeless Masterpieces’ exhibition, which sees a selection of the marque’s finest cars lining up alongside artwork, furniture and electronics to provide historical and social context. If all that seems a bit long-winded, simply scroll through the images from the exhibition. 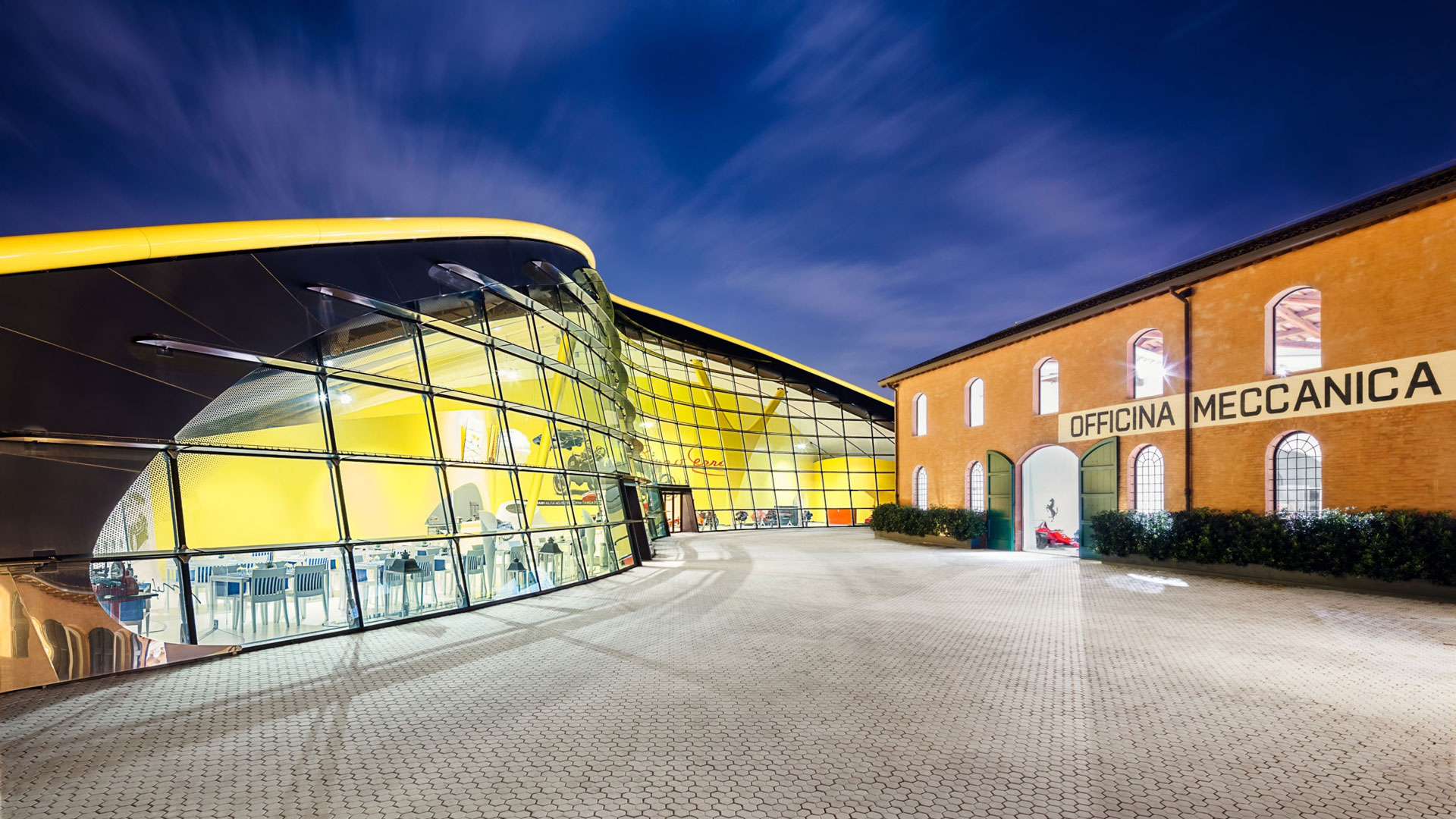 The exhibition can be found inside the stunning Museo Enzo Ferrari Modena, a 2,500-square-metre building split into five zones: 1-6-cylinder cars, classic 12-cylinders, 8-cylinders, turbos, and Formula 1 engines. They help to tell the story of Enzo Ferrari, from his childhood to success on the road and track. 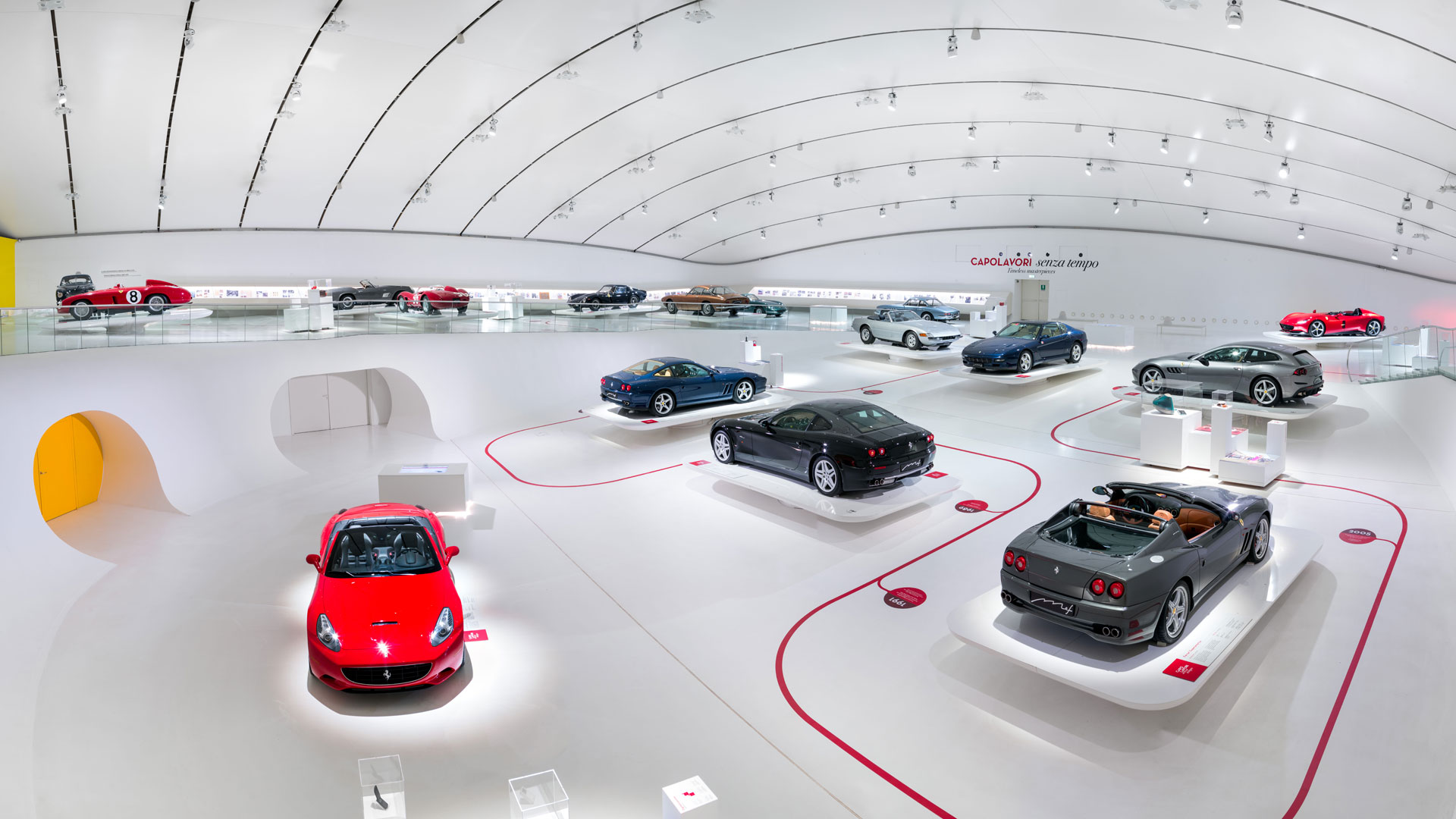 The press release accompanying the opening of the ‘Timeless Masterpieces’ exhibition is loaded with marketing waffle, but when you cut to the chase, you’ll discover that Ferrari has focused on three aspects over 72 years of design and manufacturing. The watchwords are ‘extraordinary’, ‘rare’ and ‘exclusive’. 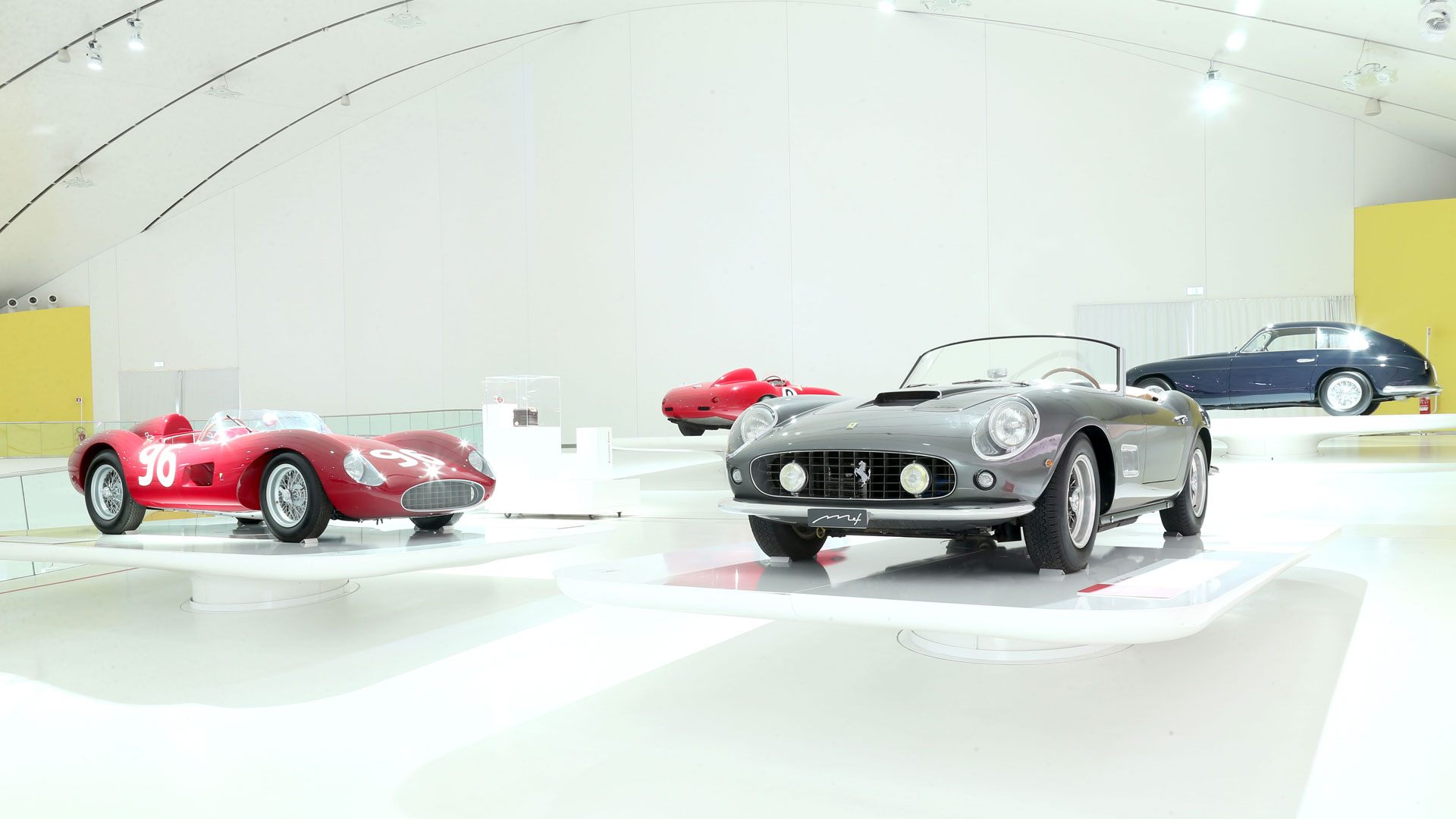 “Ferrari’s design language represents a delicate balance between the aesthetic principles of beauty and a rigorous quest for maximum function, devoid of decoration for decoration’s sake,” says the press release. The collection of cars was curated by a team led by Flavio Manzoni, head of design for Ferrari.

From Inter to Monza 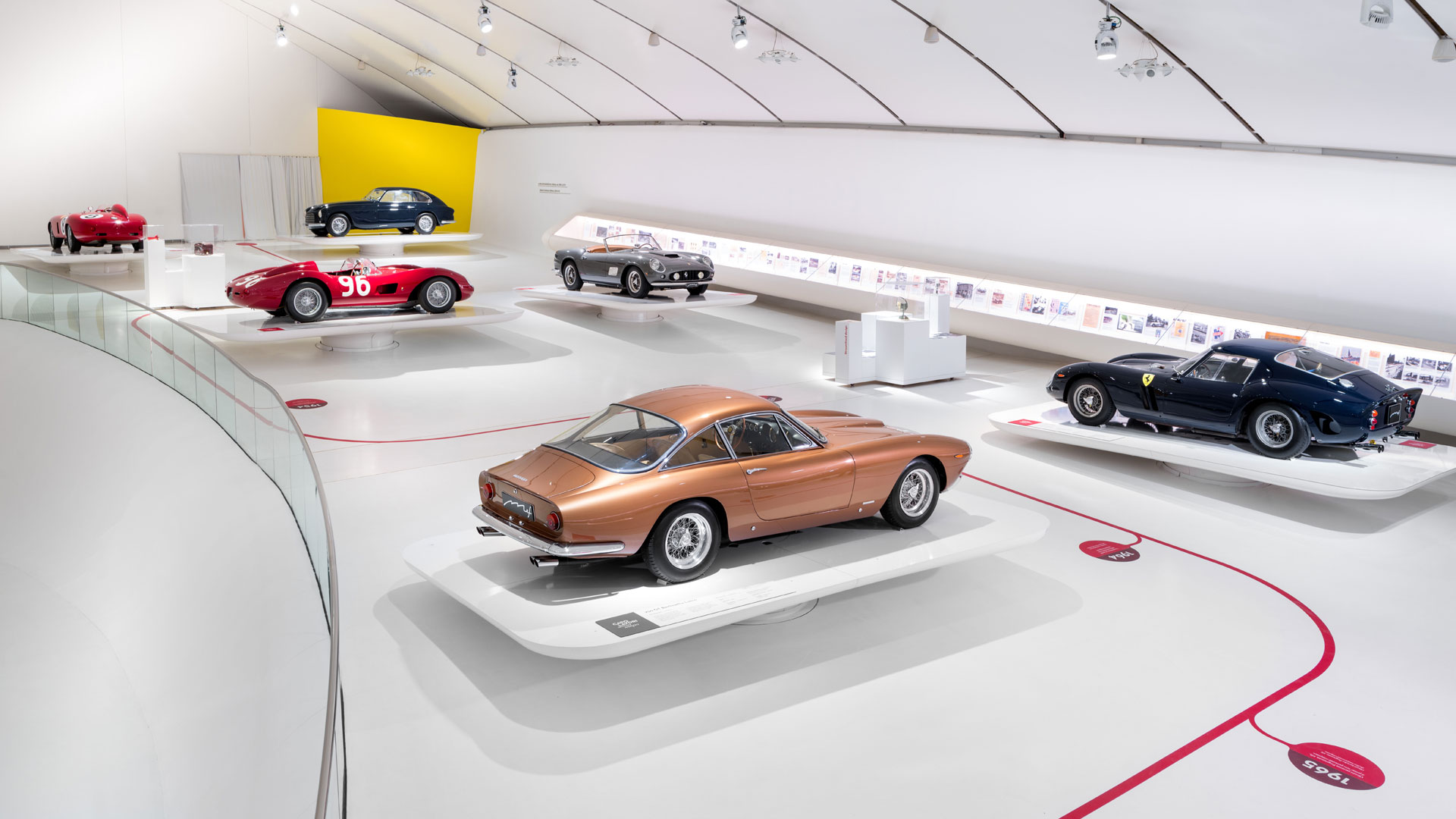 The models on display are some of the most famous Ferraris in the marque’s history, including the 166 Inter from 1948, the 750 Monza from 1954 and the Monza SP1. Each one has been chosen to represent Ferrari’s aesthetic vision of their respective eras. Keep clicking to see some of the cars. 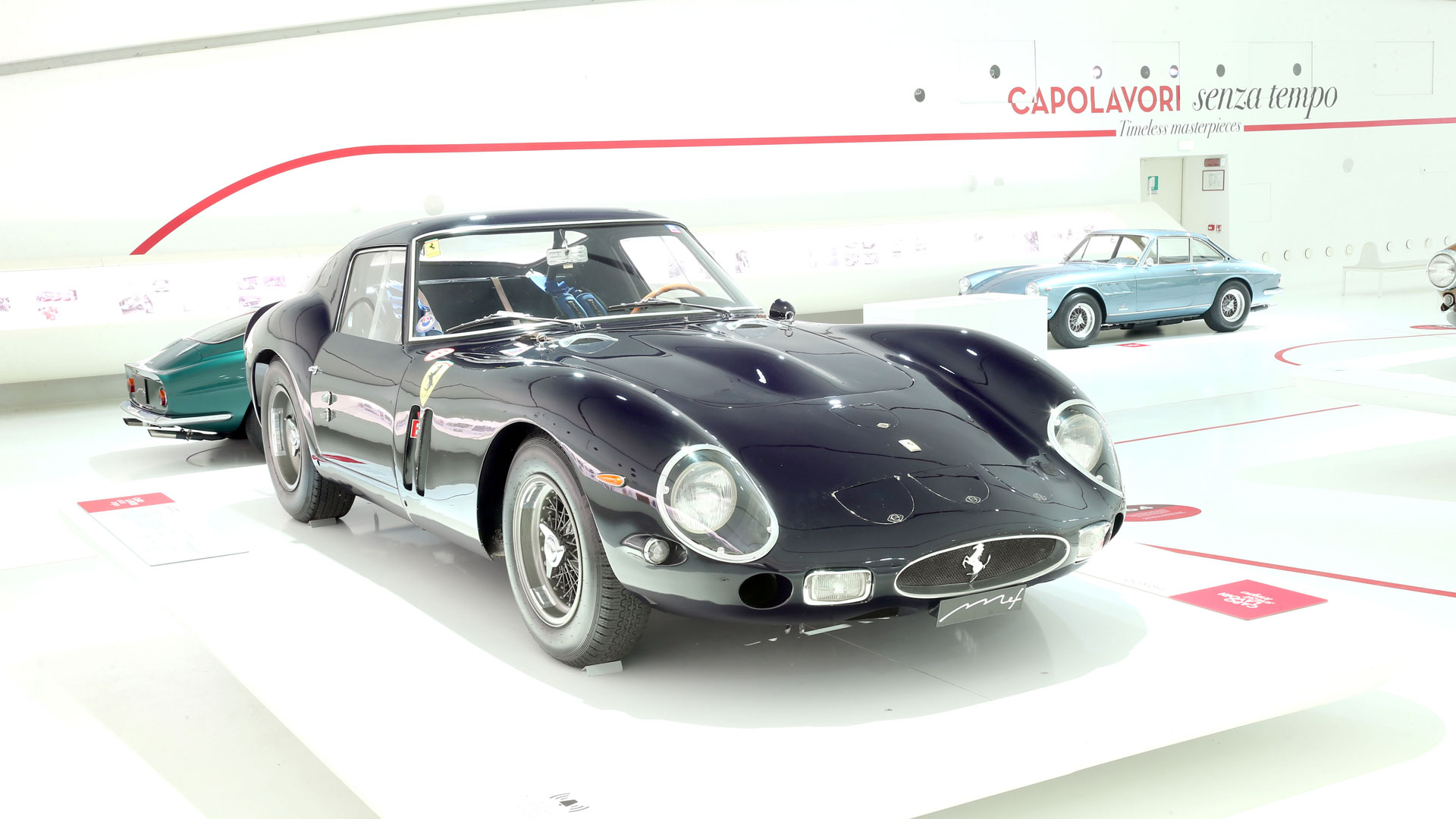 In 2018, a 1963 Ferrari 250 GTO sold for £52 million, making it the most expensive car ever sold. It was purchased by an American businessman, believed to be WeatherTech CEO David MacNeil. Stand still long enough, and you’ll be charged simply for looking at this 250 GTO. 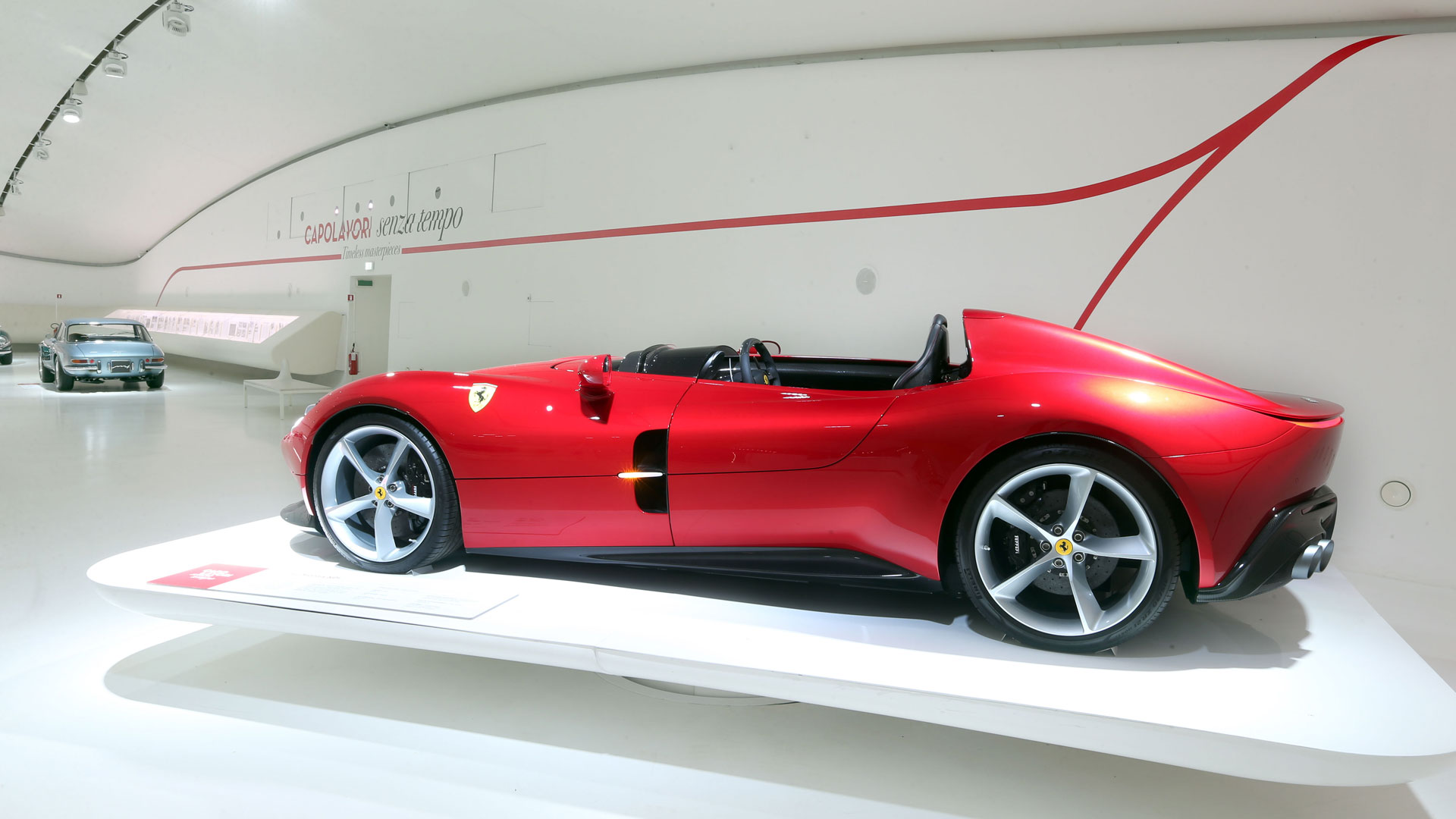 From the car that cemented the Ferrari legend, to a thoroughly modern reinterpretation of the open-top ‘barchetta’ racing cars of the 50s and 60s. The Monza SP1 was unveiled alongside the SP2 at the 2018 Paris Motor Show and is powered by the 800hp V12 engine from the 812 Superfast. The SP1 is a single-seater, while the SP2 – as the name suggests – has room for a passenger. 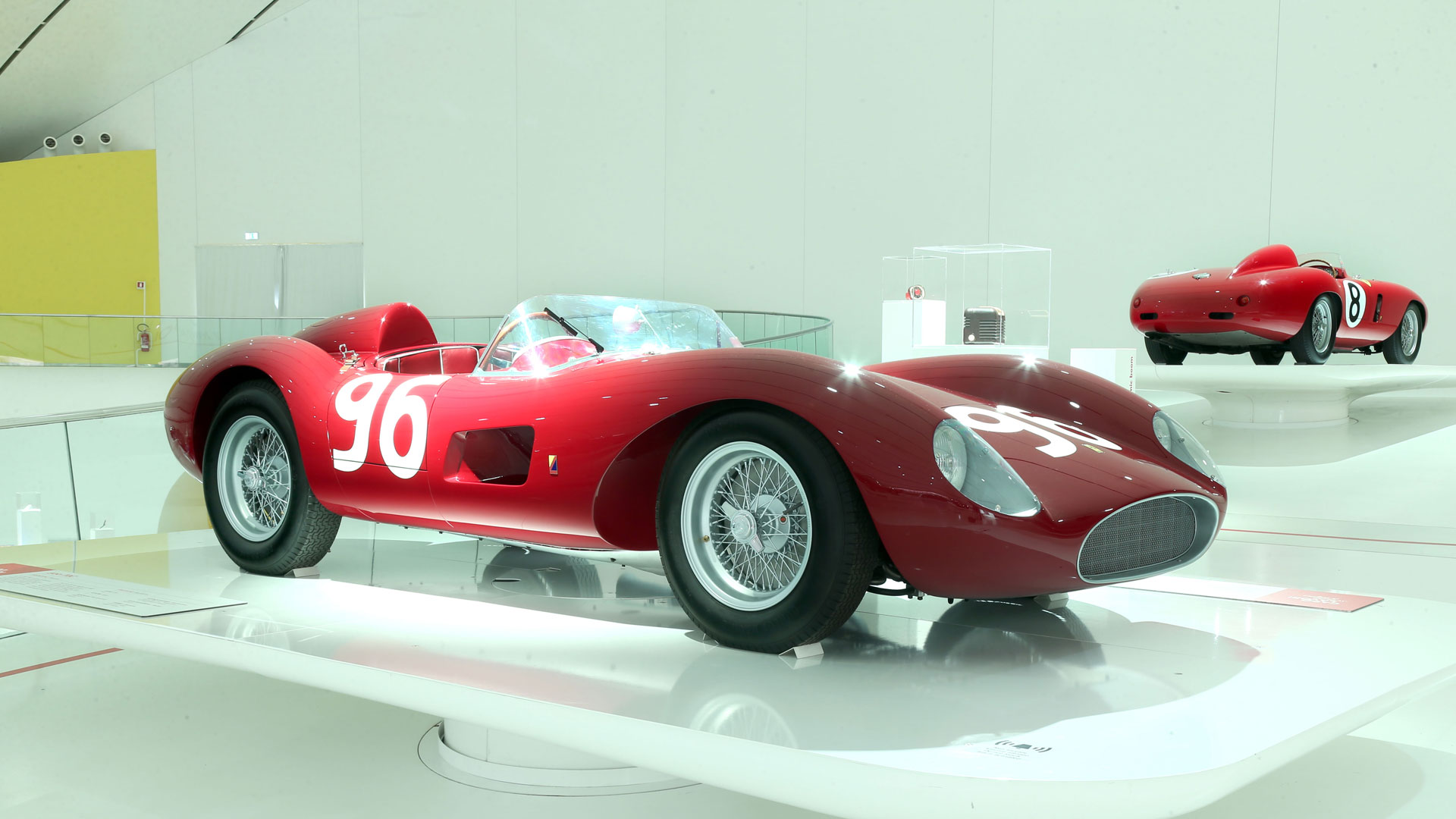 The Ferrari 500 TRC was built to satisfy new sporting regulations dictating that all ‘barchettas’ should have a tonneau cover “in canvas or other flexible material, demountable by hand and without the use of any tools”. Launched in 1957, the 500 TRC was not raced as a works car, but by privateers in Italian national and world championship events. 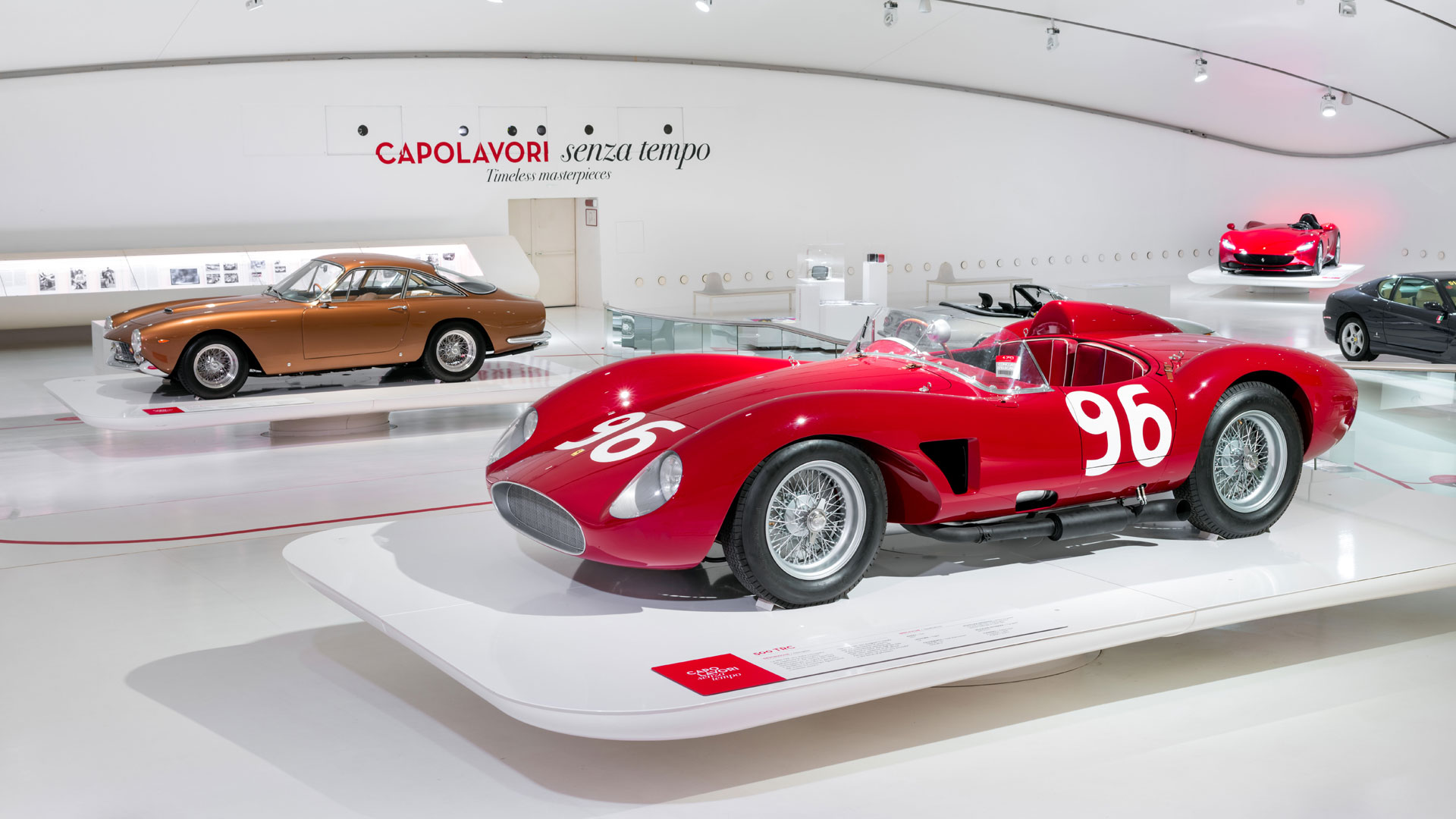 Here’s the 500 TRC once again, but if it’s possible, please divert your attention to the 250 GT Berlinetta Lusso in the background. Could this be one of Pininfarina’s finest creations? Unveiled as a prototype at the 1962 Paris Motor Show, the 250 GT Berlinetta Lusso was built in the workshops of Carrozzeria Scaglietti and powered by a V12 engine producing 240hp. None other than Battista Pininfarina drove a 250 GTL as his personal car. 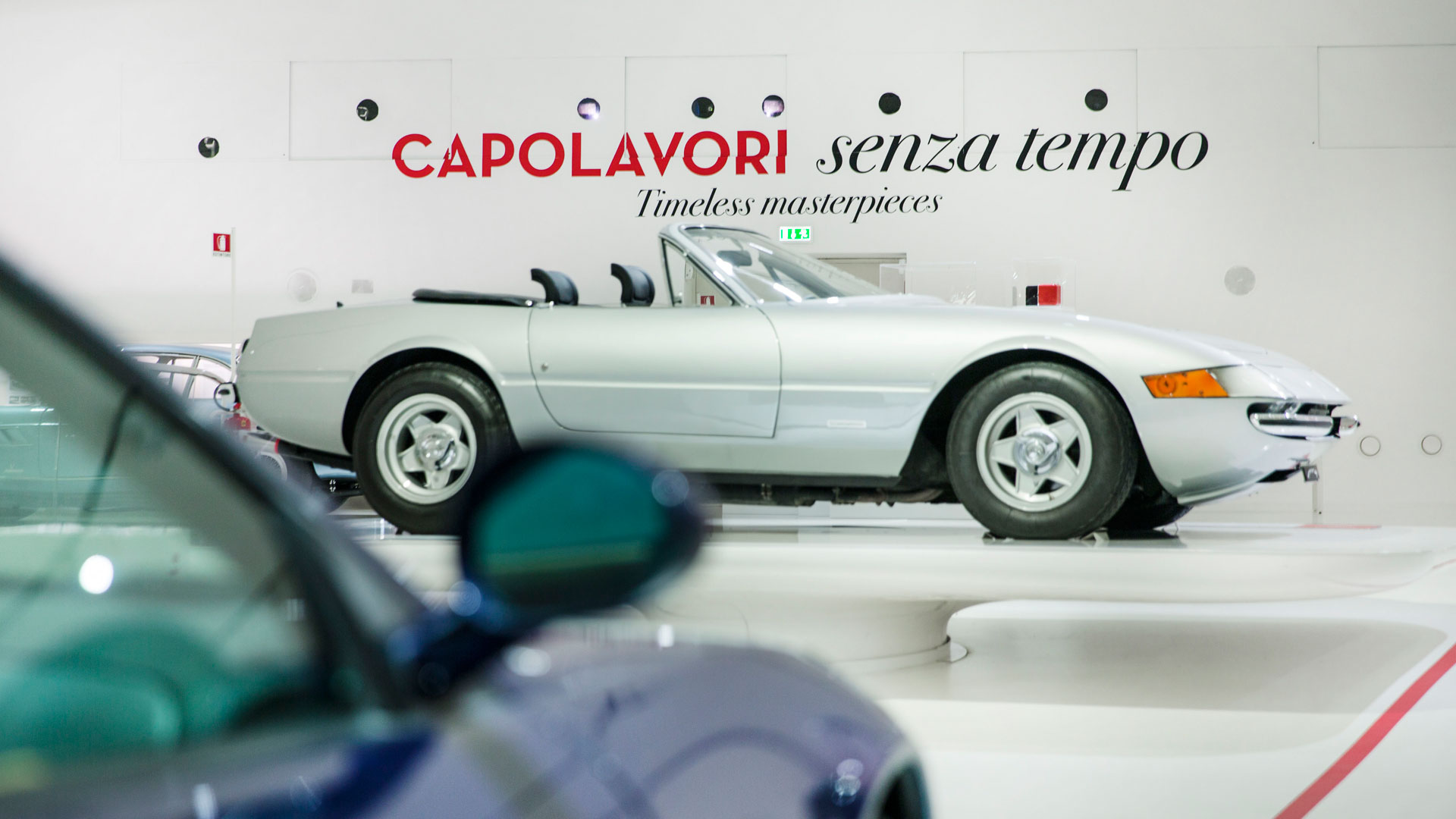 Another candidate for a list of the prettiest Ferraris ever made, the roadster version of the ‘Daytona’ was unveiled in 1969. In many ways, removing the roof simply added to the appeal, which meant that the 365 GTS4 was the car to be seen in during the late 60s and early 70s. 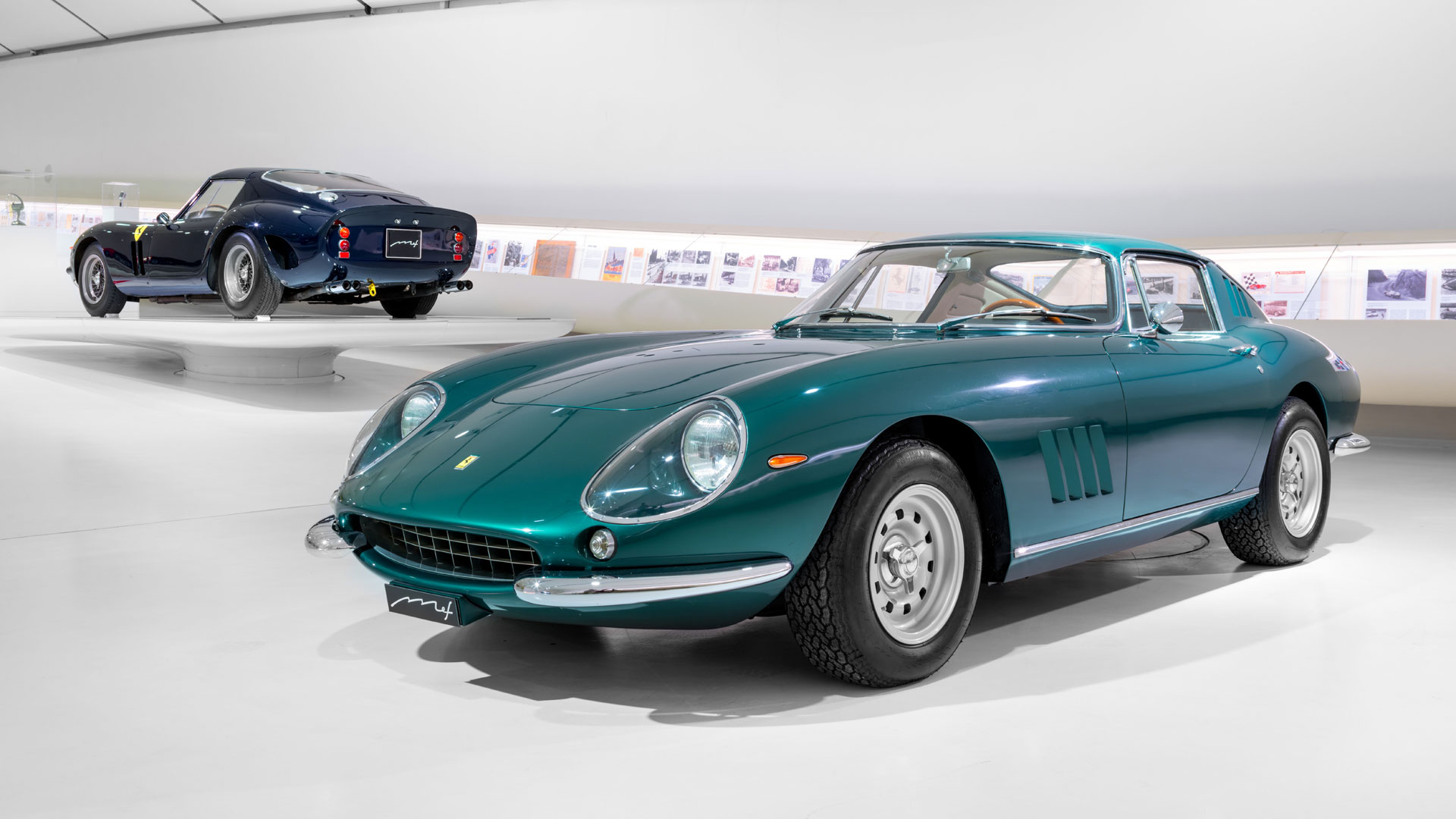 Launched in 1964, the 275 GTB was the first production Ferrari with independent suspension on all four wheels. Beneath the huge bonnet, you’ll find a V12 engine producing 280hp, while the styling was penned by Pininfarina. A total of 453 cars were built, with the closed GTB joined by the open 275 GTS. 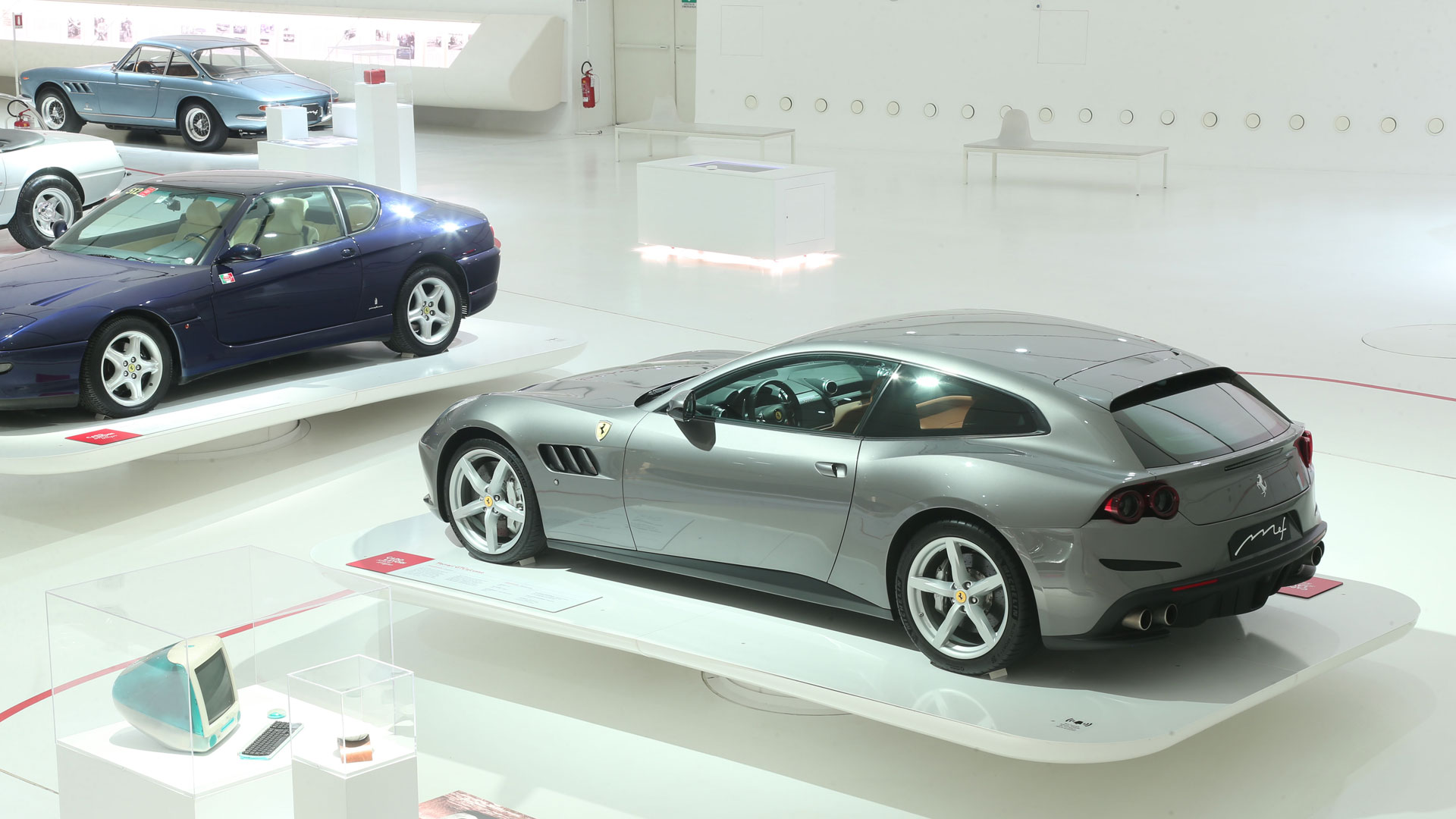 Our Richard Aucock drove a Ferrari GTC4Lusso in 2016. His verdict: “Ferrari’s cut no corners with the GTC4Lusso, and it shows. It’s a highly accomplished GT car. Those who can afford it and take the time to understand how to get the most from it will find a very rewarding ownership proposition indeed.” 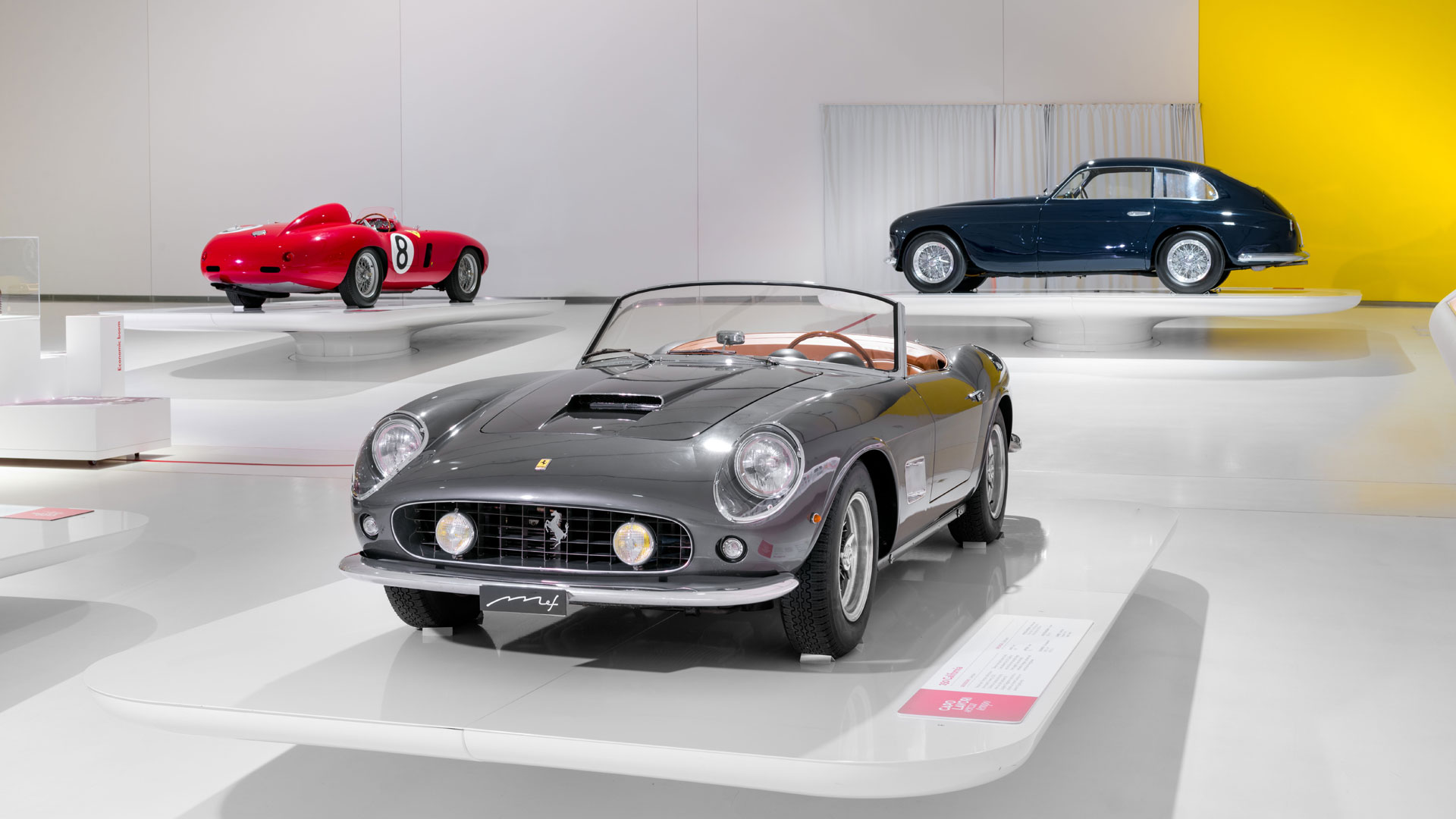 You can thank the US importer Luigi Chinetti for the birth of the 250 California in 1957. He encouraged Enzo Ferrari to build an open model for the American market – something suited to the Californian sun. A total of 106 were built until production ceased in 1962. 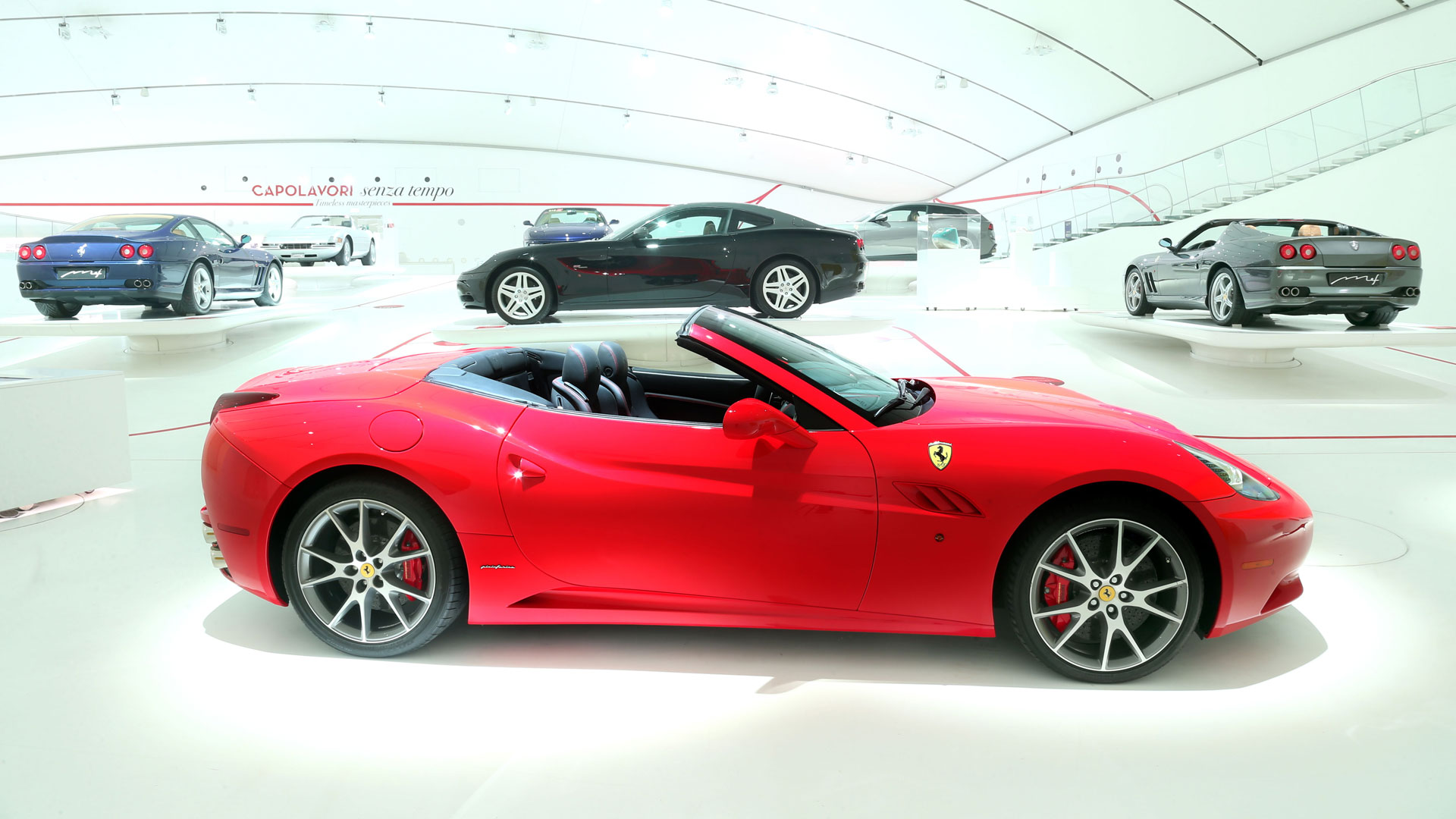 It would be fair to say that the California of 2008 doesn’t have quite the same level of appeal as its ancestor, but this was a hugely successful model for the brand. The new California was the first model to feature a front-mounted V8 engine and the first with a dual-clutch gearbox. This softer, more ‘affordable’ model introduced a new audience to the Ferrari brand. 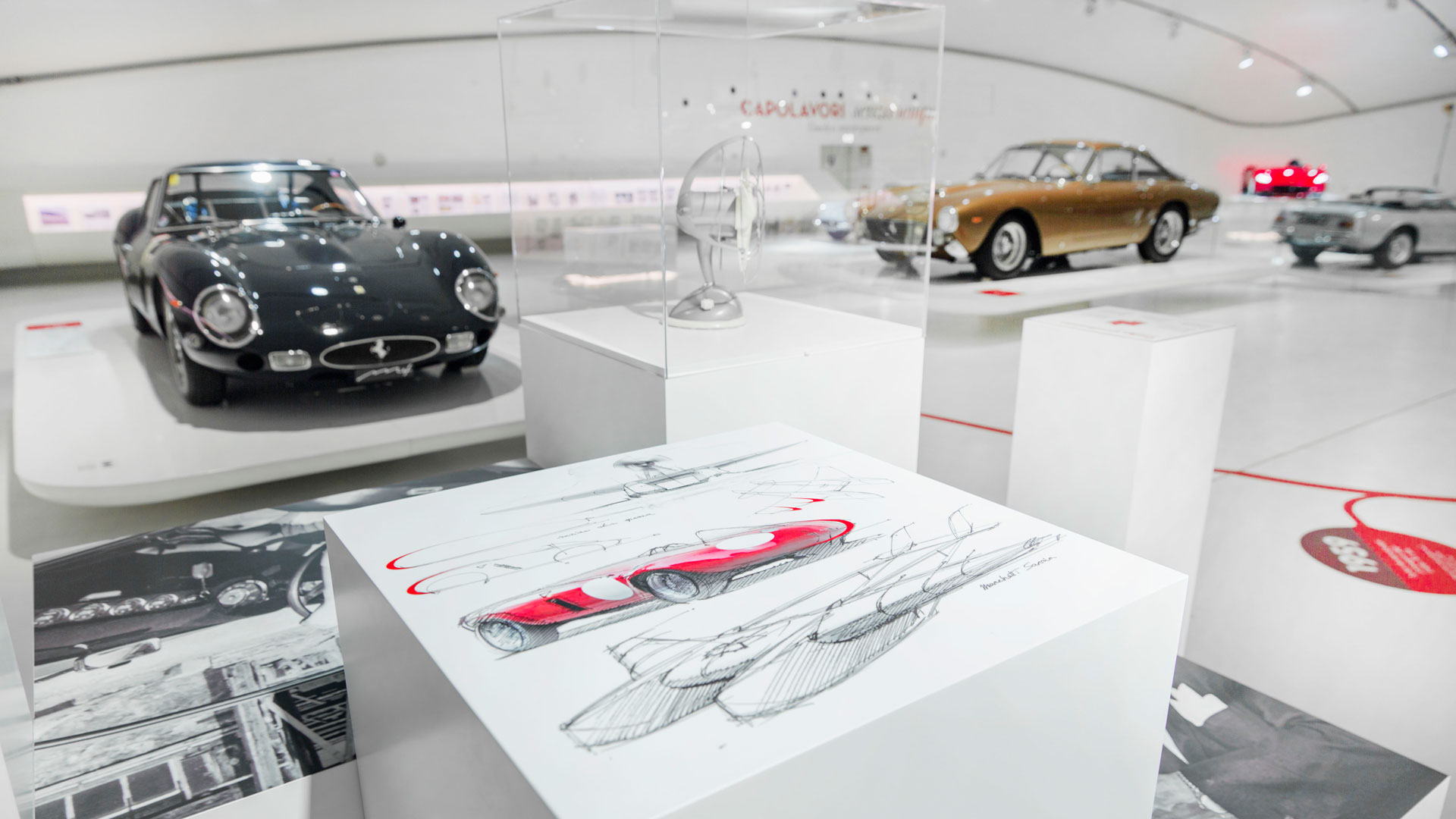 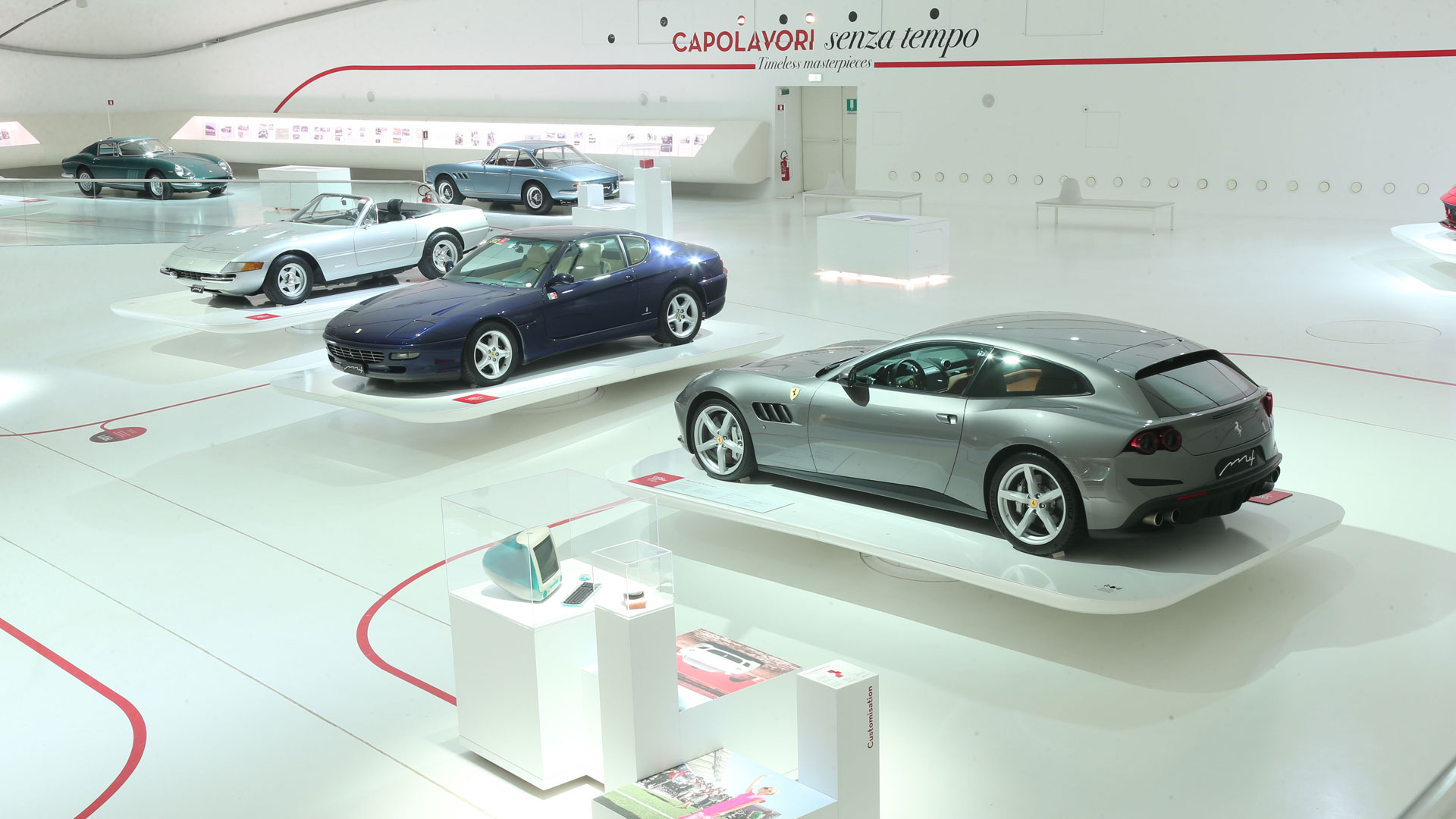 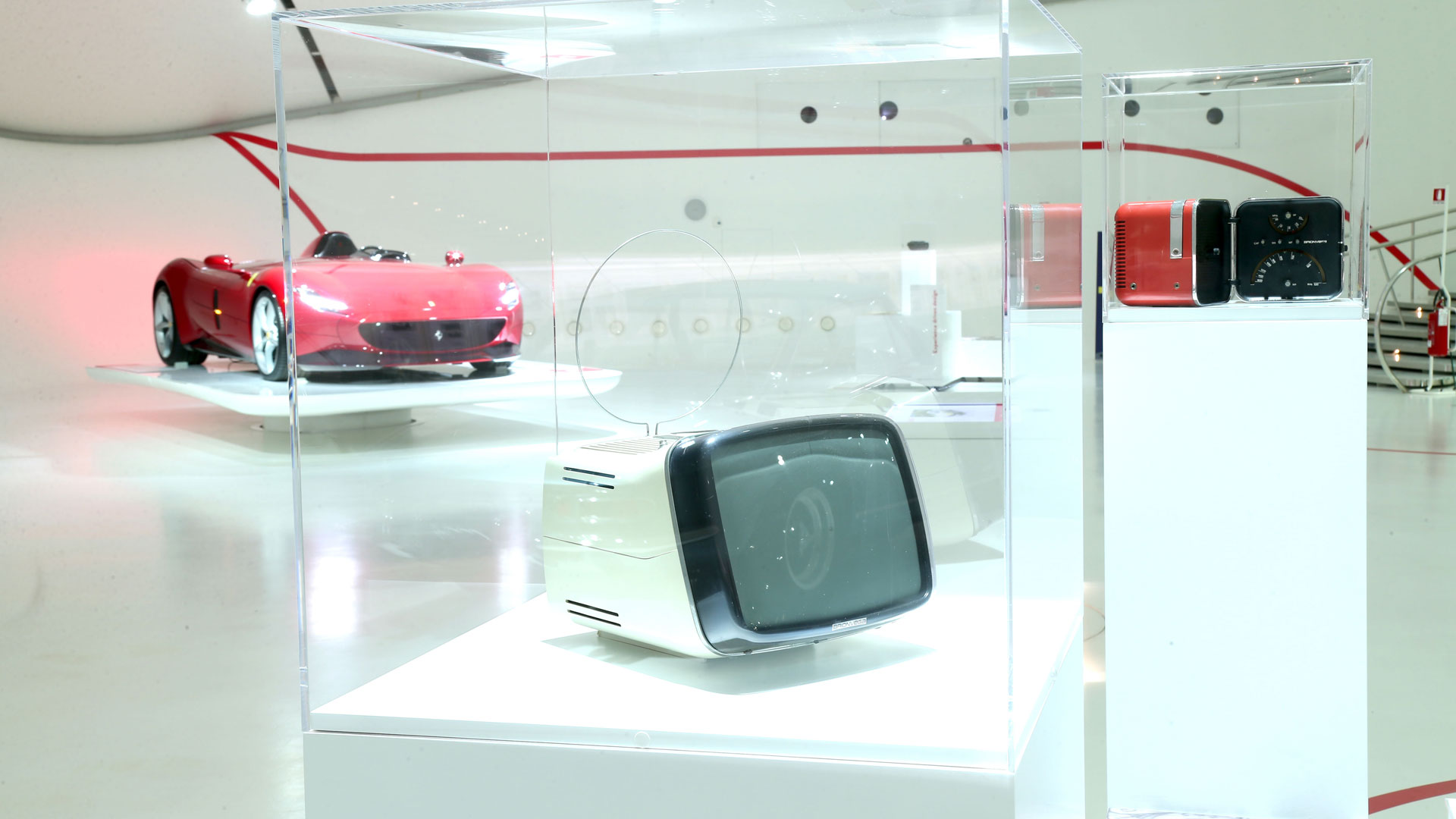 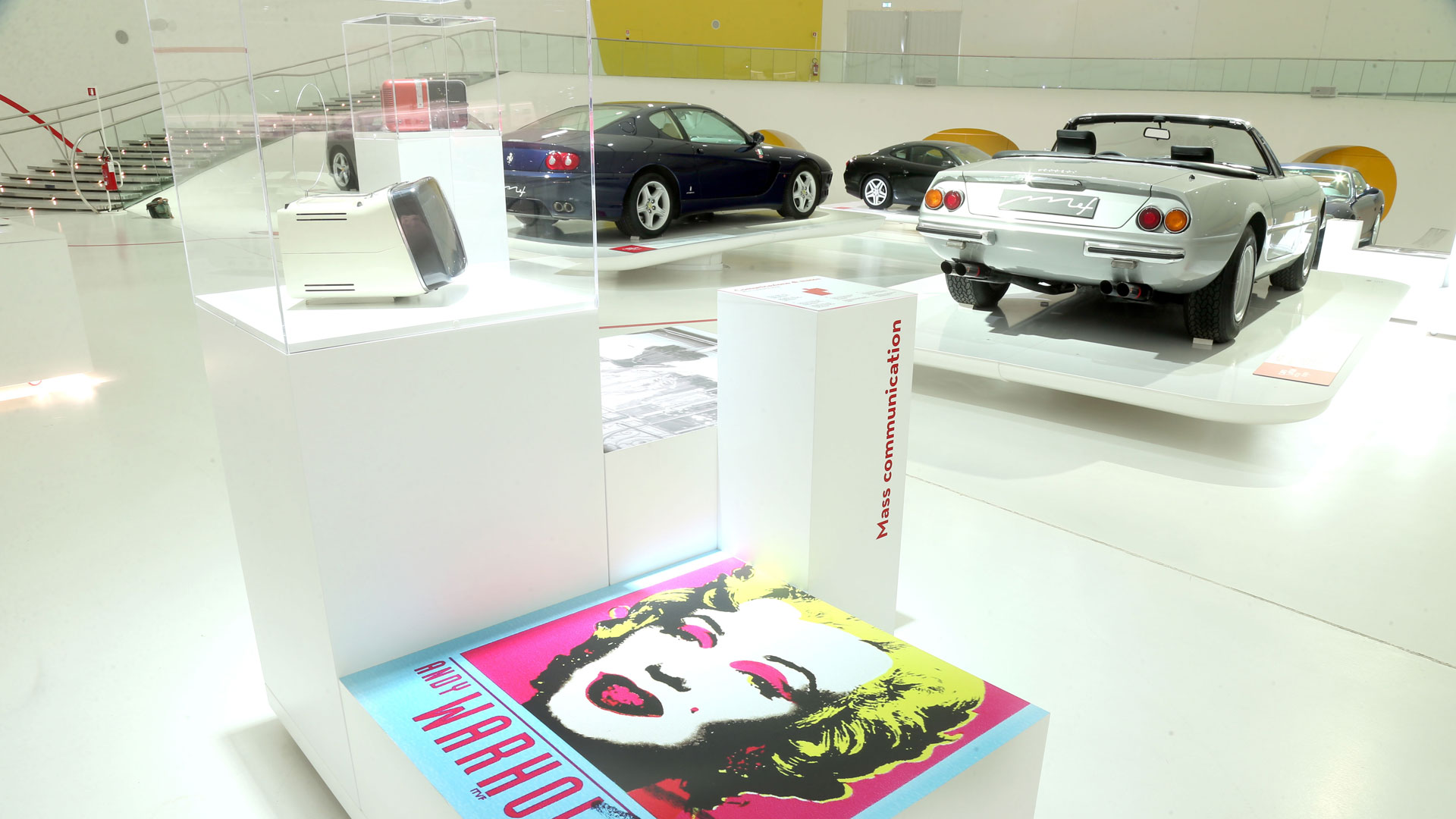 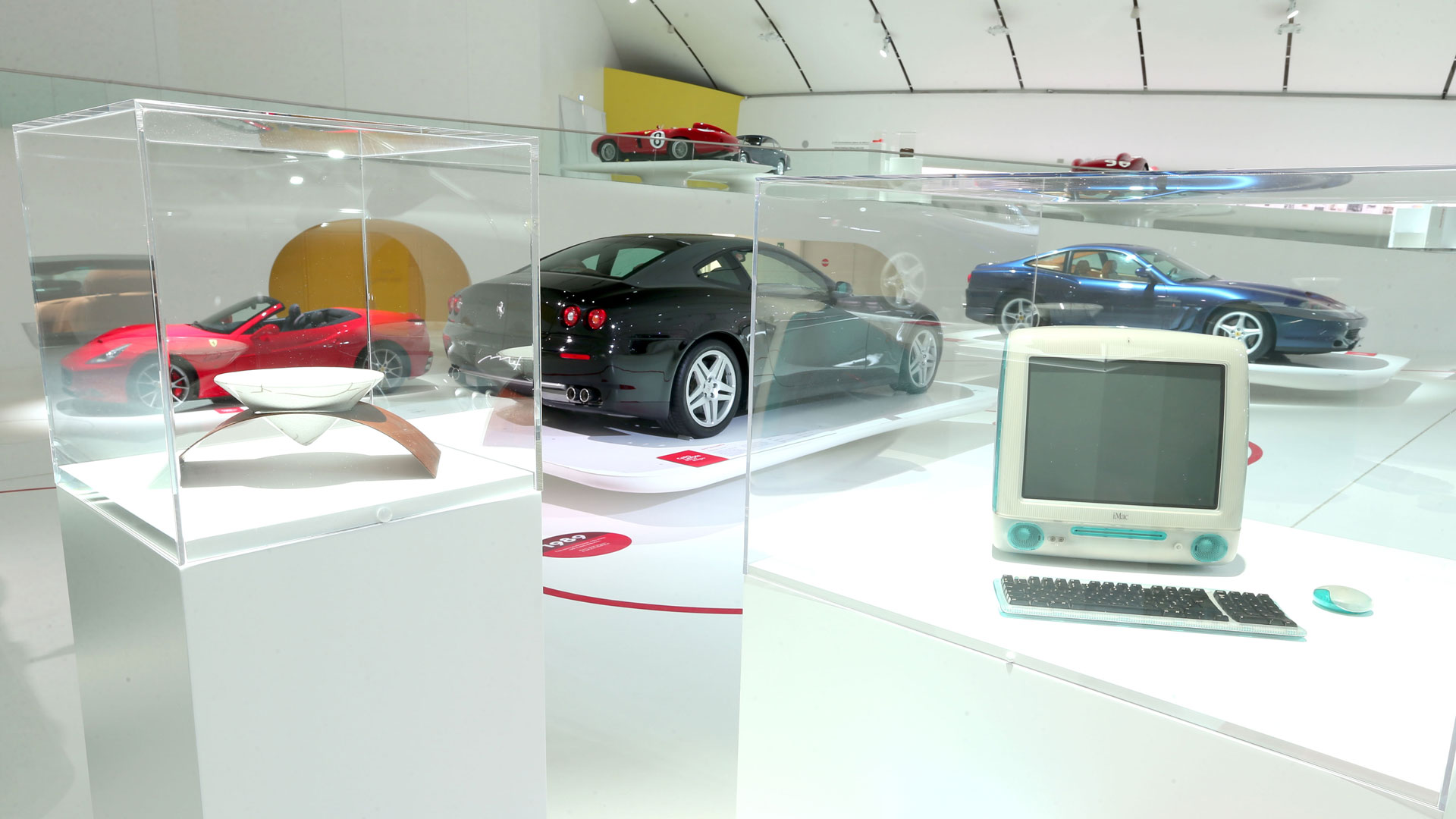 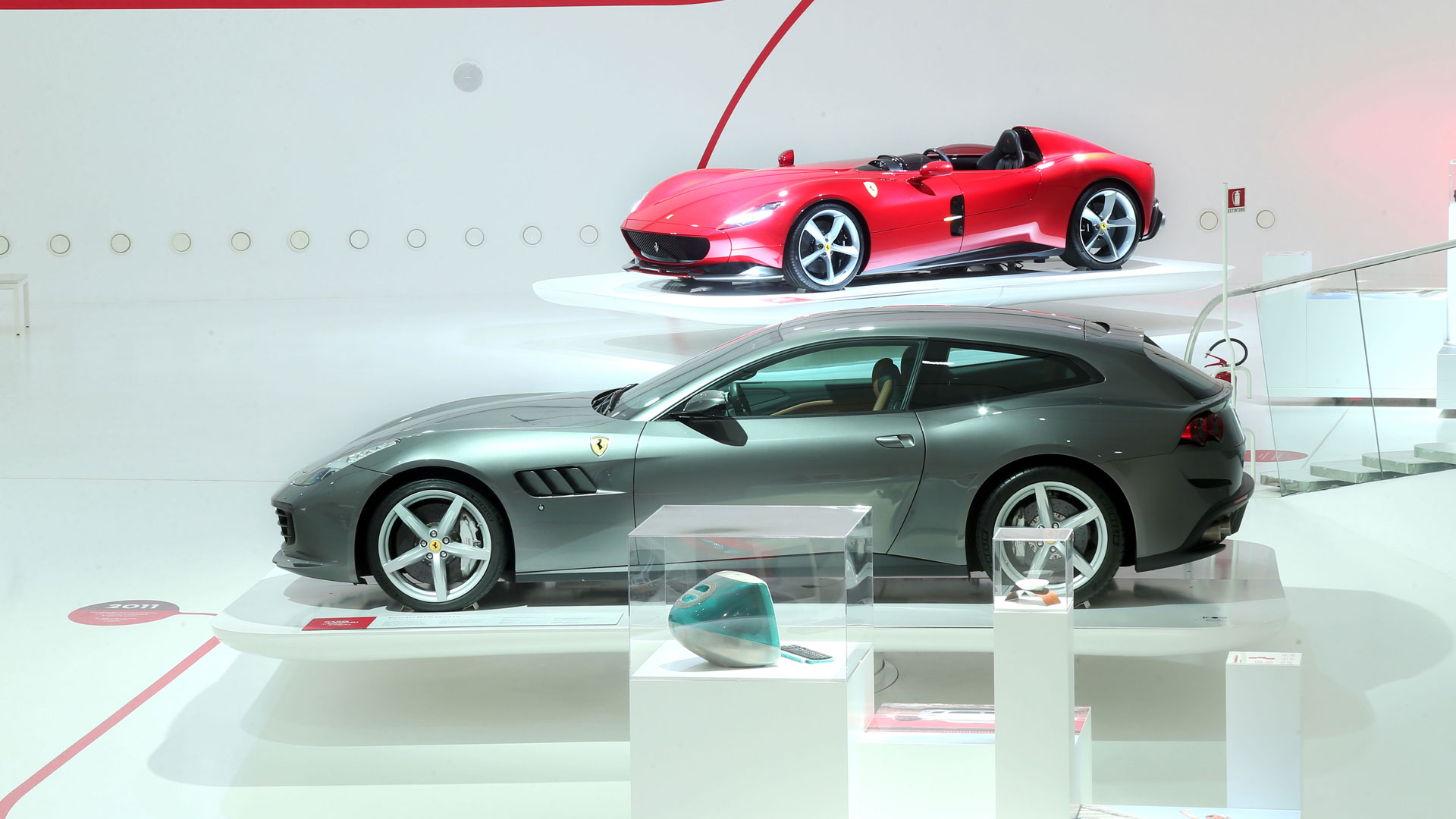 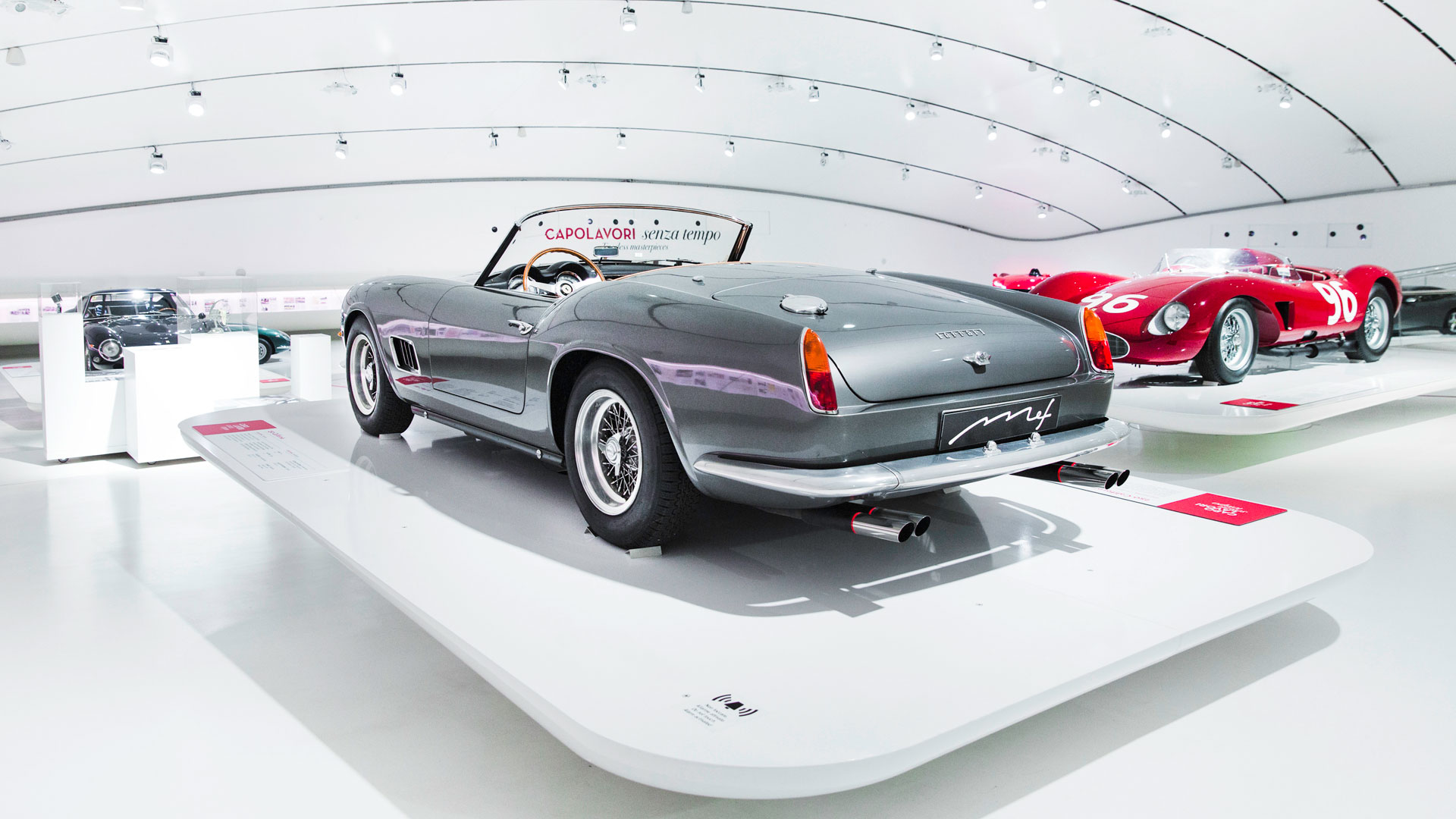