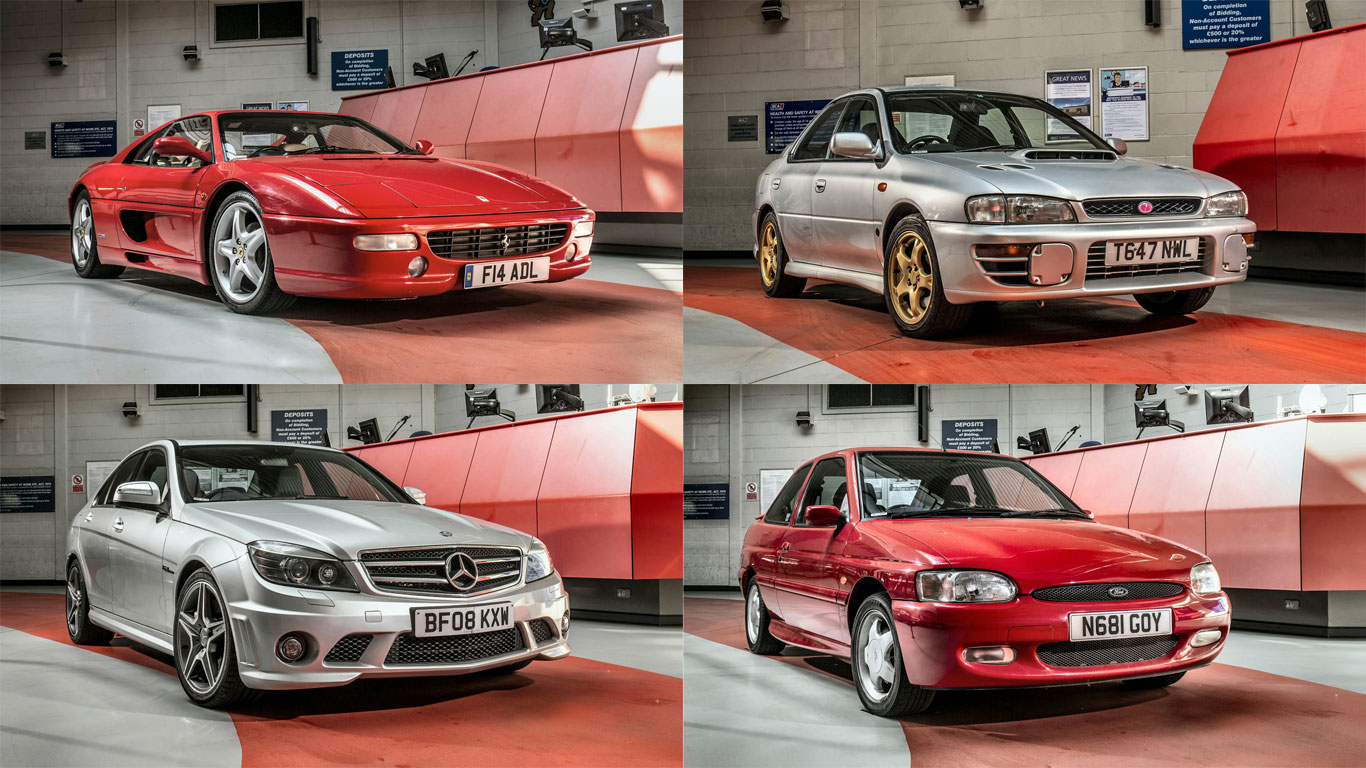 BCA is promising an eclectic mix of sports cars, family saloons, performance cars and prestige models at its Future Classics sale in Nottingham. “Our Future Classics sale attracts a great deal of interest from trade buyers and private enthusiasts. The sale catalogue features a great mix of classic and performance cars and we expect further examples to be consigned for the sale over the coming days,” said BCA spokesperson, Tim Naylor. Here are eight modern classics to whet your appetite. 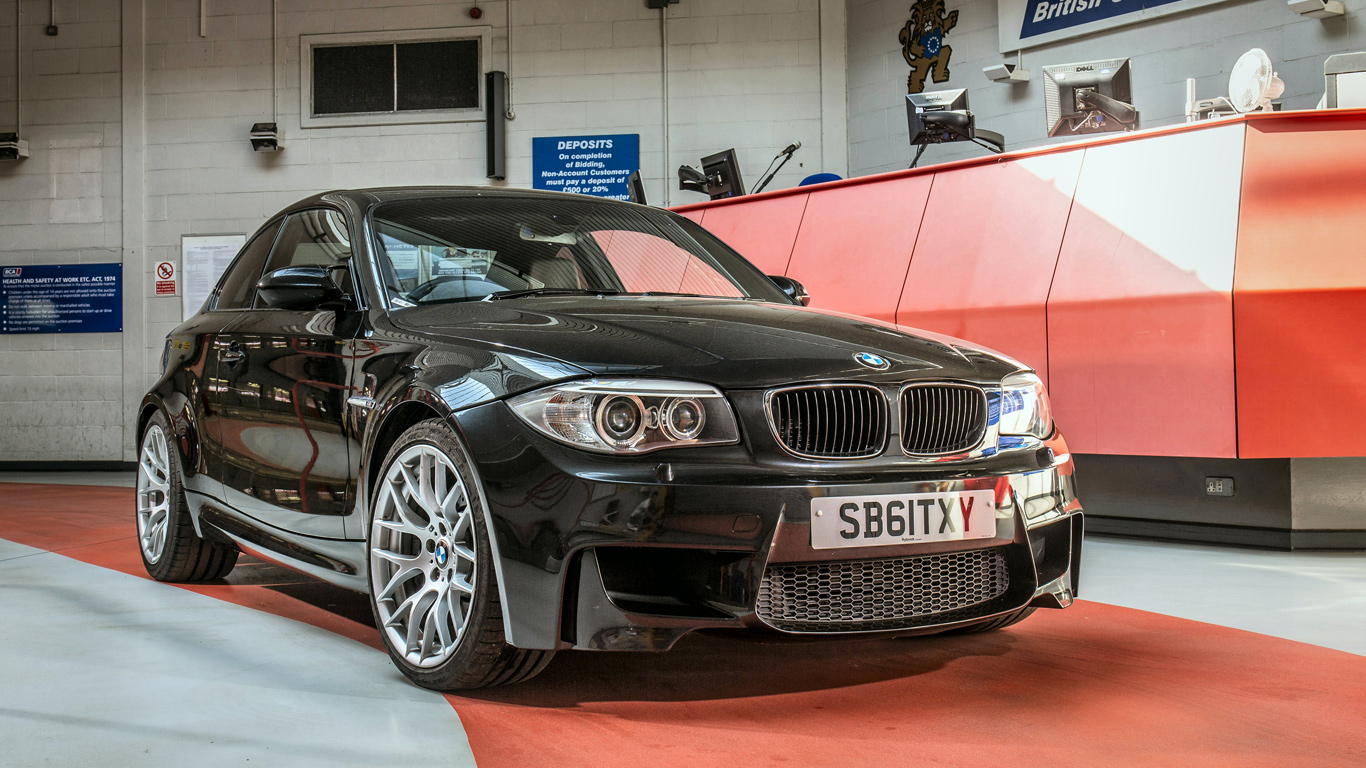 In 2011, BMW unveiled an instant classic. Even with a £39,995 price tag, there’s was no shortage of takers for what looked and felt like modern version of the famed E30 M3. BMW squeezed 340hp from a 3.0-litre twin-turbocharged six-cylinder engine, with a maximum of 369lb ft of torque available on overboost. This 2012 example comes complete with service history and has covered just over 41,000 miles. Based on an Auto Trader search, we reckon it’s worth between £40,000 and £45,000. 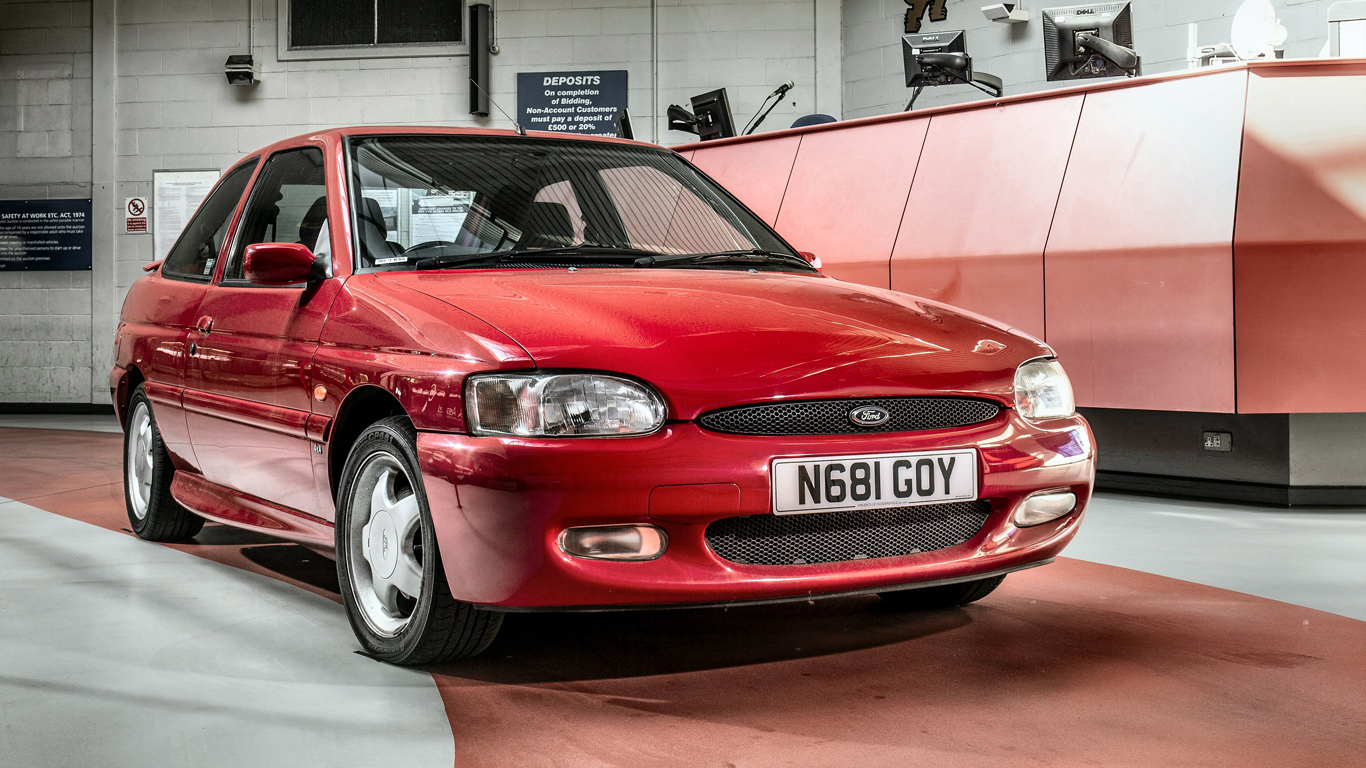 Back in 1995, a Ford Escort RS2000 4×4 would have set you back £15,295, which is £1,300 more than you’d have paid for the front-wheel-drive version. In return, you’d get superior handling and wet weather traction, but the four-wheel-drive system only served to blunt the performance and increase fuel consumption. Registered in 1996, this is a very late example, but the MOT history reveals some rust issues in the recent past. 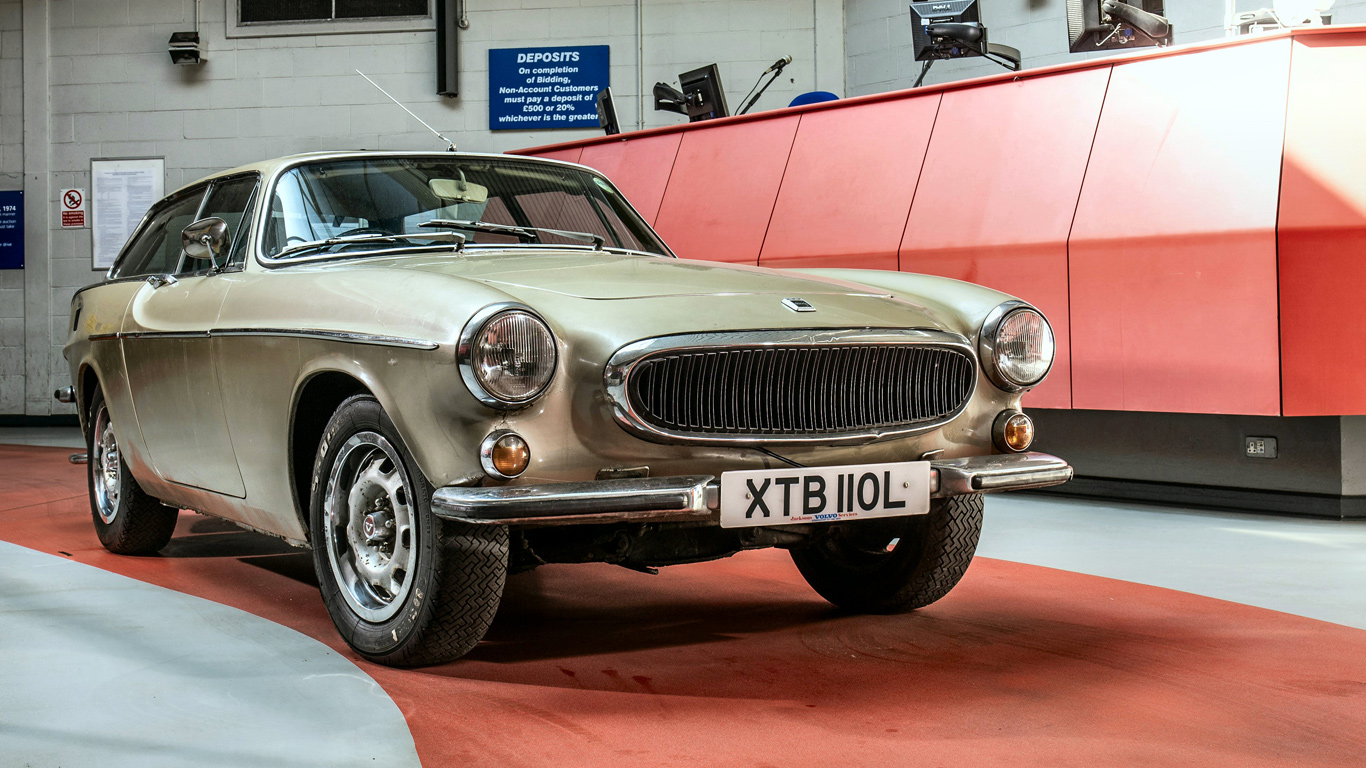 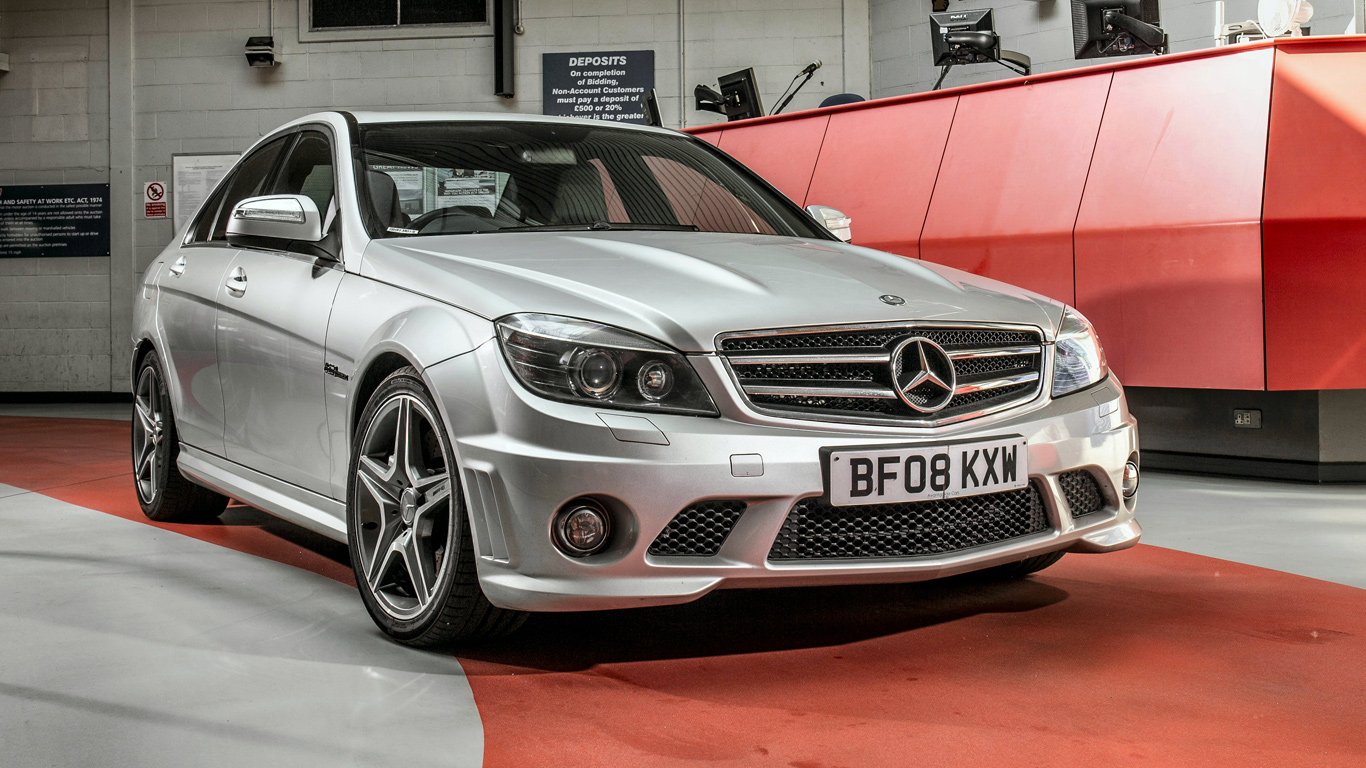 Finding a good Mercedes-Benz C63 AMG isn’t hard, but finding a place to enjoy its explosive pace might prove to be a little trickier. Beneath that bonnet lies a 6.2-litre V8 engine, developing around 450 raging horses to deliver a 0-62mph time of 4.5 seconds. New, this 2008 example would have cost around £50,000, but while it’ll be cheaper today, you’ll need to factor in its love of petrol stations. Go easy and you might see cira 20mpg. Use the force and you’ll be lucky to see the high teens. 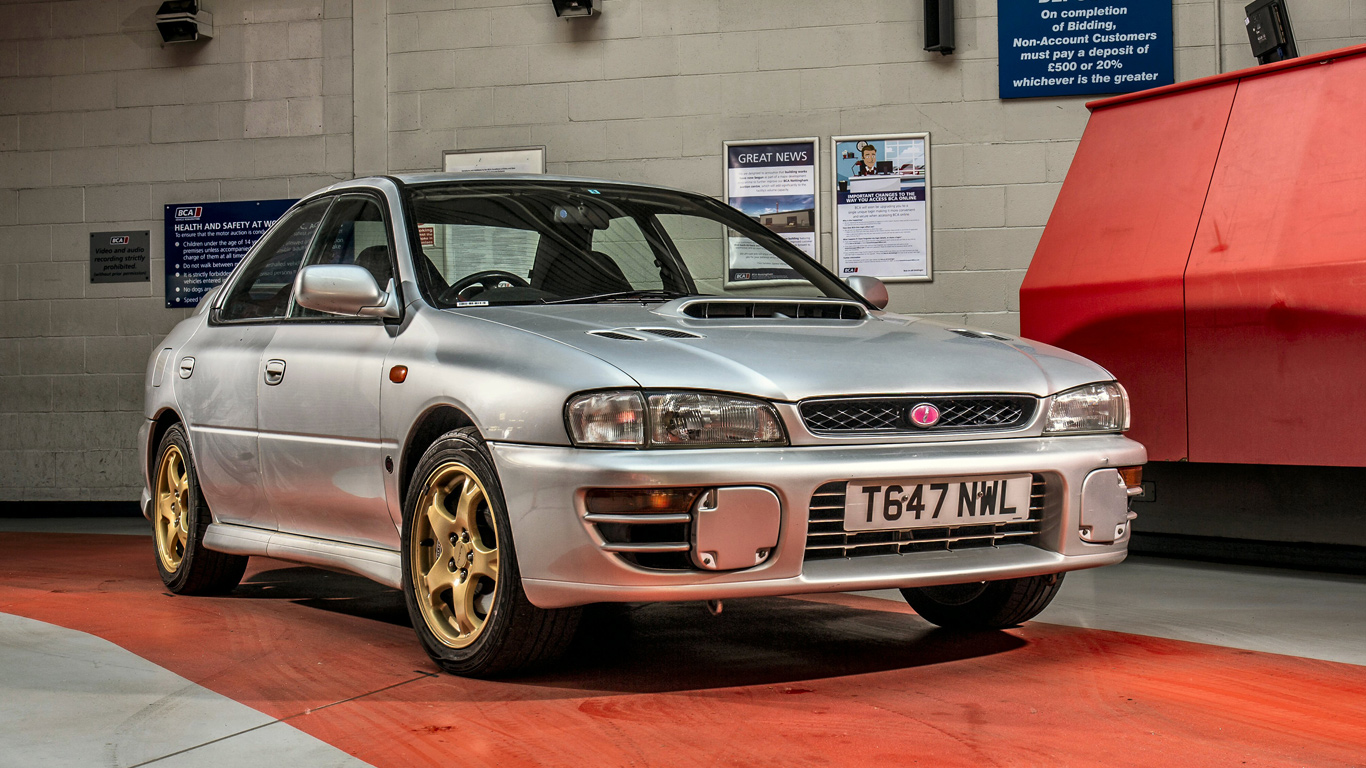 “This imported Subaru Impreza four-door saloon is badged as a WRX STI model and is finished in silver with two-tone grey cloth interior. The mileage of 82,733 is warranted and the V5 is present,” says BCA. The “badged as a WRX STI model” comment is a little concerning, so you might want to do your homework on this 1999 Impreza, which arrived in the UK in December 2017. 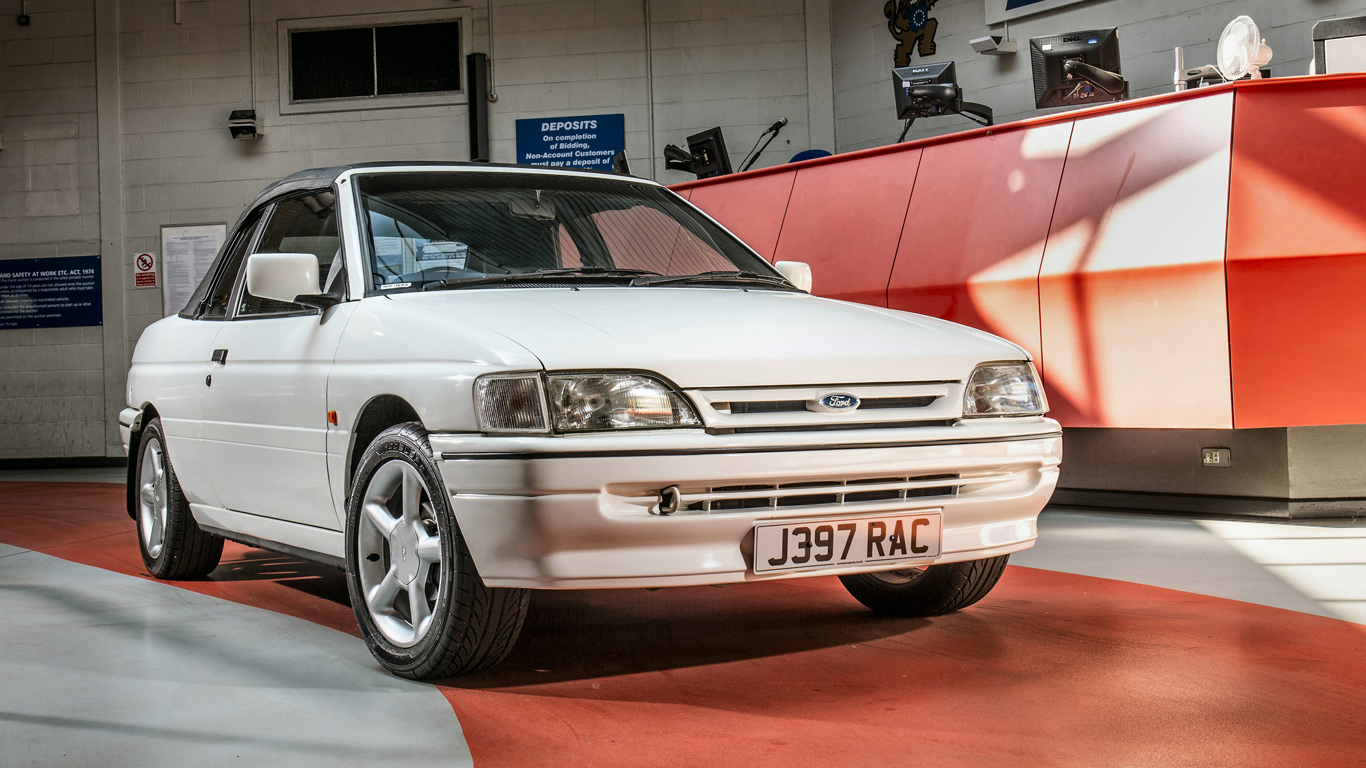 We hope that registration plate isn’t a sign of things to come… But, ‘RAC’ reference aside, this 1991 Ford Escort Cabriolet looks to be in great shape, with a seemingly genuine 44,455 miles on the clock. “An exceptionally well-preserved example that will interest Ford Escort enthusiasts,” says BCA. 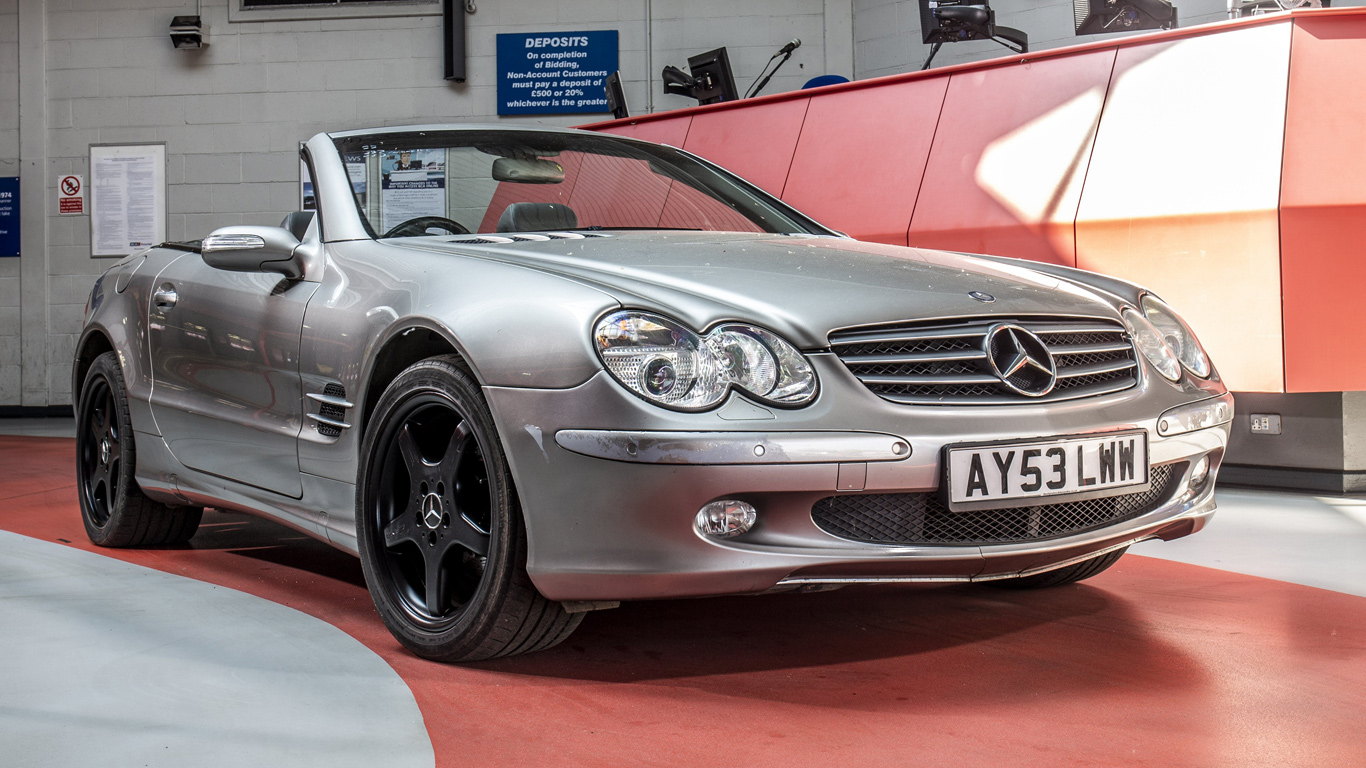 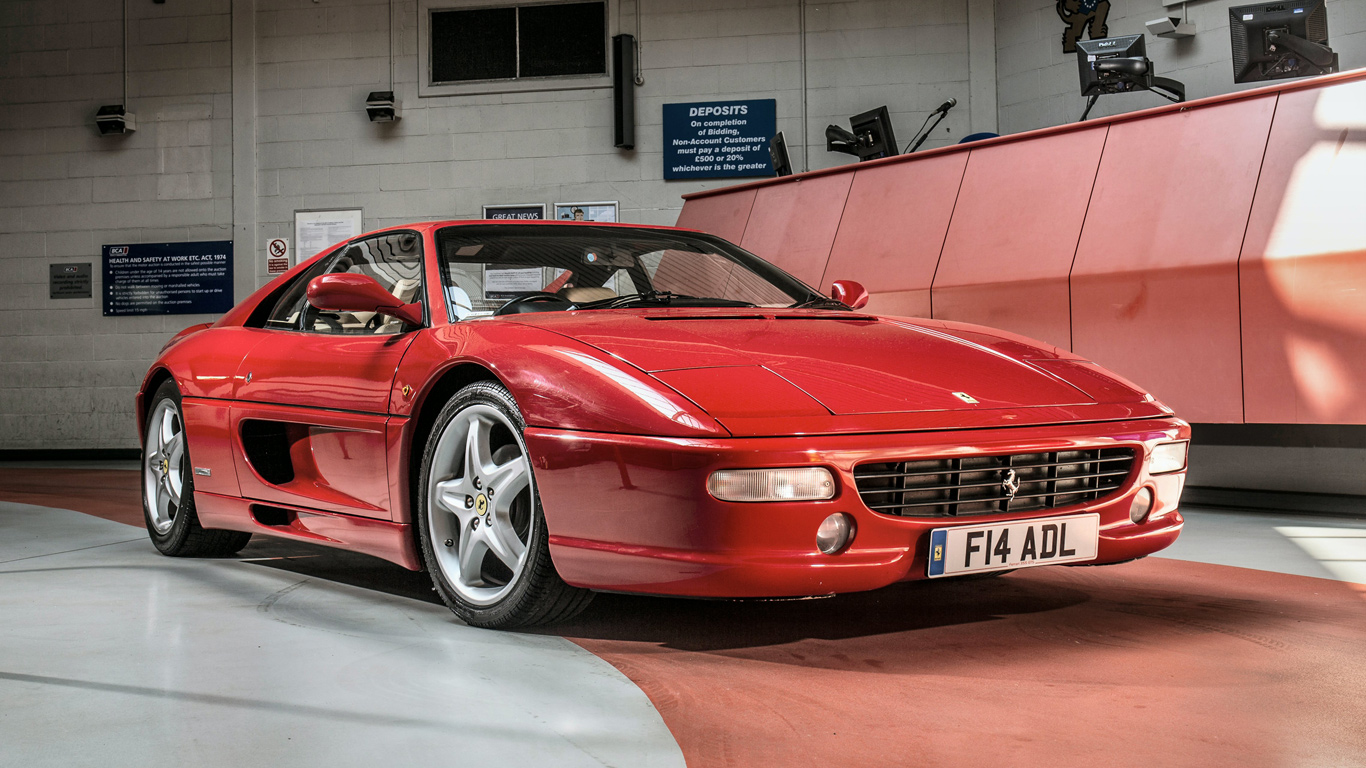 On the same day as the Future Classics auction, BCA is also hosting the Top Car sale, which will see up to 150 vehicles passing through the hall. Pick of the crop is arguably this Ferrari F355 GTS F1 with 25,000 miles on the clock. Remember, both auctions take place on 17 May 2018 at BCA Nottingham.