Bank holiday traffic this weekend could be ‘worst in years’ 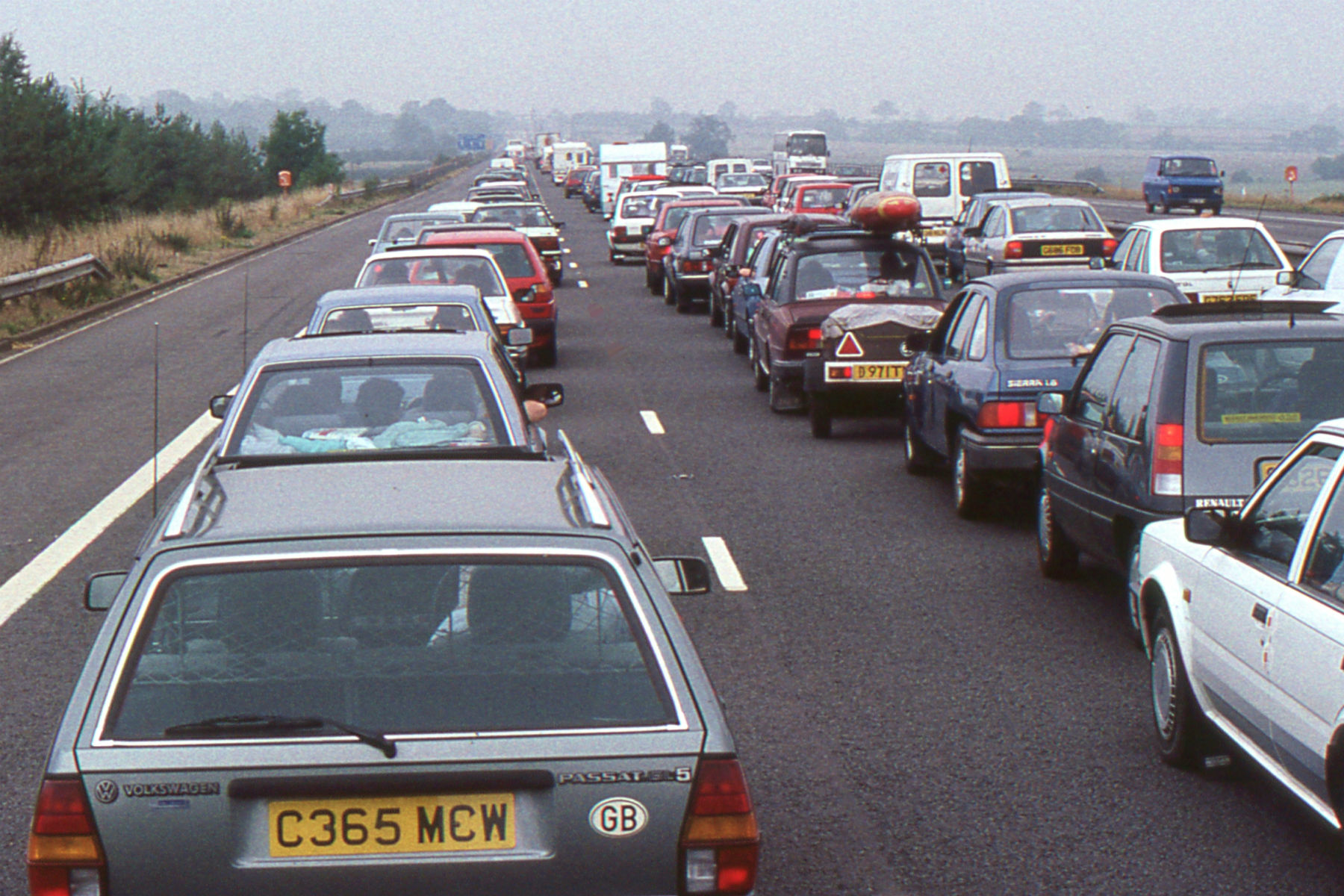 Experts are warning of a so-called ‘carmageddon’ as an estimated 20.7 million vehicles are expected to hit UK roads this weekend.

Transport information supplier Inrix says that predicted hot weather and the last three-day weekend this side of Christmas means that twice as many cars as usual could be clogging up our motorways.

That’s backed by the RAC’s Traffic Watch study, which suggests Saturday will be the busiest day – with 5 million getaways planned. Even Brexit could be contributing to the chaos, with more people choosing to holiday in the UK because of the weaker pound.

RAC Traffic Watch spokesman Rod Dennis said: “Our study of drivers’ plans for the late August bank holiday certainly suggests a bumper time on the roads as motorists make the most of the last long weekend before the end of the summer by jumping in the car to see friends or family.

“The see-saw weather patterns – warm, dry and sunny one day, cool, wet and windy the next – look set to continue but any doubts about the weather clearly are not playing on motorists’ minds with so many of us planning a late August break.”

The warnings follow reports from the AA that traffic close to airports could peak in the week ahead of the bank holiday weekend, as holidaymakers attempt to squeeze in a getaway before the end of the school holidays.

Last summer, Inrix recorded around 280 congestion incidents on motorways close to Heathrow during the week before the August bank holiday weekend. That compares to 210 in the first week of the school summer holidays in July.

AA president, Edmund King, said: “We were surprised to see such a surge in traffic problems around airports in the week leading to the August bank holiday, assuming that the holiday season was likely to be tailing off then.

“There is a clear warning to drivers heading to Gatwick or Heathrow for a ‘last hurrah’ summer holiday or a long bank holiday weekend abroad. They need to build extra time into their journeys to the airport and check traffic conditions before they leave. There is nothing worse than sitting in a traffic jam within sight of the airport, watching the minutes until departure tick away.

“Other ‘London’ airports such as Luton have also seen an increase in localised congestion with some desperate passengers leaving their taxis to run the last half-mile to the airport.”

These are the hotspots highlighted by Inrix, expected to be the most congestion over the weekend. The time in brackets is the expected delay.

5. M4 westbound from London to the West Country (50 minutes)

Know your plaice: fish and chips in a Rolls-Royce Ghost

Short of things to do, we go in search of the nation’s best fish and chips, in a Rolls-Royce Ghost
Read more

Kia has created four videos with advice on caring for your car during the lockdown. They include tips for looking after brakes, tyres and the battery.
Read more

Kia UK has, with help from the man behind Hyundai's acclaimed N models, prepared a tuned 426hp version of its flagship Stinger saloon.
Read more

Jaguar's most extreme road car to date, the XE SV Project 8, is on a lap-record roll, with Laguna Seca circuit the latest on its hit-list
Read more

A tax hike for camper vans has been criticised by MPs and environmental campaigners, with warnings of 'an adverse impact upon UK staycations'.
Read more

Dacia is bringing back LPG on new cars

Dacia is bringing back LPG, available on everything from the Sandero to the Duster. It's the only car company to offer LPG in the UK
Read more