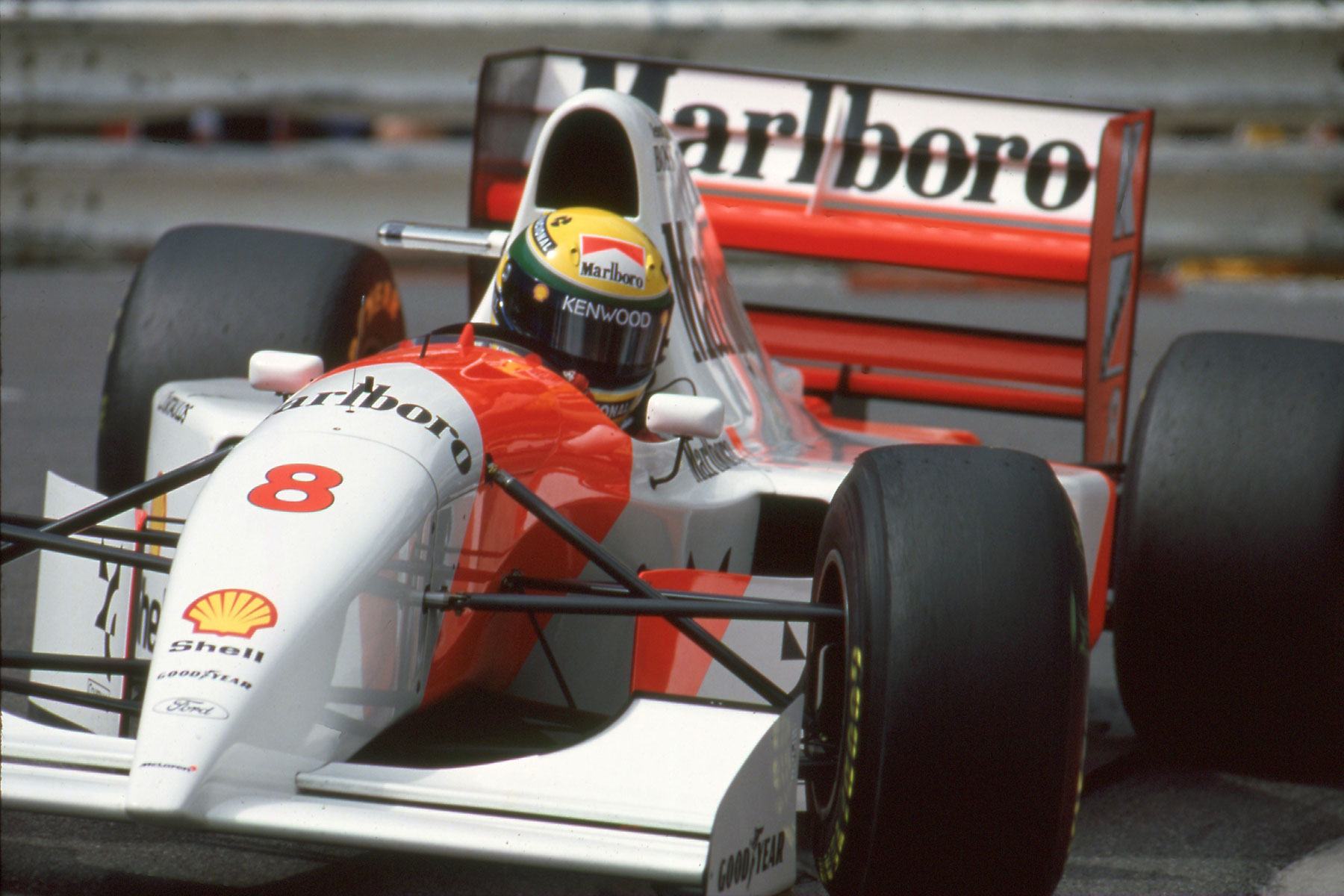 Nearly 25 years ago, Ayrton Senna won his sixth and final Monaco Grand Prix, setting a record for victories that remains unsurpassed, even today.

His car in 1993 – a McLaren-Ford MP4/8 – is arguably the star lot at the forthcoming Bonhams Monaco sale, where it’s likely to fetch more than the $1m fee Senna was reportedly paid – per race – in his final season with McLaren.

For McLaren, the decision to use Ford power for the 1993 season was not without risk – and by the company’s own admission, it was a bit of gamble. But Honda’s departure from F1 and a failed attempt to secure Renault engines meant the British company was forced into a corner.

Design work on the MP4/8 started without a clear idea of which engine would be used, with the new engine supplier not announced until November 1992. Relying on a proprietary unit cast a shadow over a team accustomed to using bespoke engines from the likes of TAG Porsche and Honda. Senna was far from convinced.

At times it seemed uncertain that Senna would line up on the grid alongside Michael Andretti. The Brazilian knew that Williams-Renault was the dominant force and that a compact Ford V8 engine would be unable to compete with a Renault V10.

But the MP4/8 was advanced in other areas, most notably its electronic engine management software, chassis control, data acquisition and telemetry systems. The 1993 car could also boast an electronic control panel in the cockpit, plus upgraded active suspension and traction control.

Ron Dennis managed to negotiate a race-by-race contract for Senna, which resulted in five victories and second place finishes in the Drivers’ and Constructors’ Championships. But ultimately, it merely delayed the inevitable, and Senna departed for Williams, a move which resulted in tragedy the following year.

As for McLaren, having tested a Lamborghini V12 engine, the company would link up with Peugeot in 1994, with the 3.5-litre V10 MP4/9 of Mika Häkkinen and Martin Brundle finishing fourth in the Constructors’ Championship. 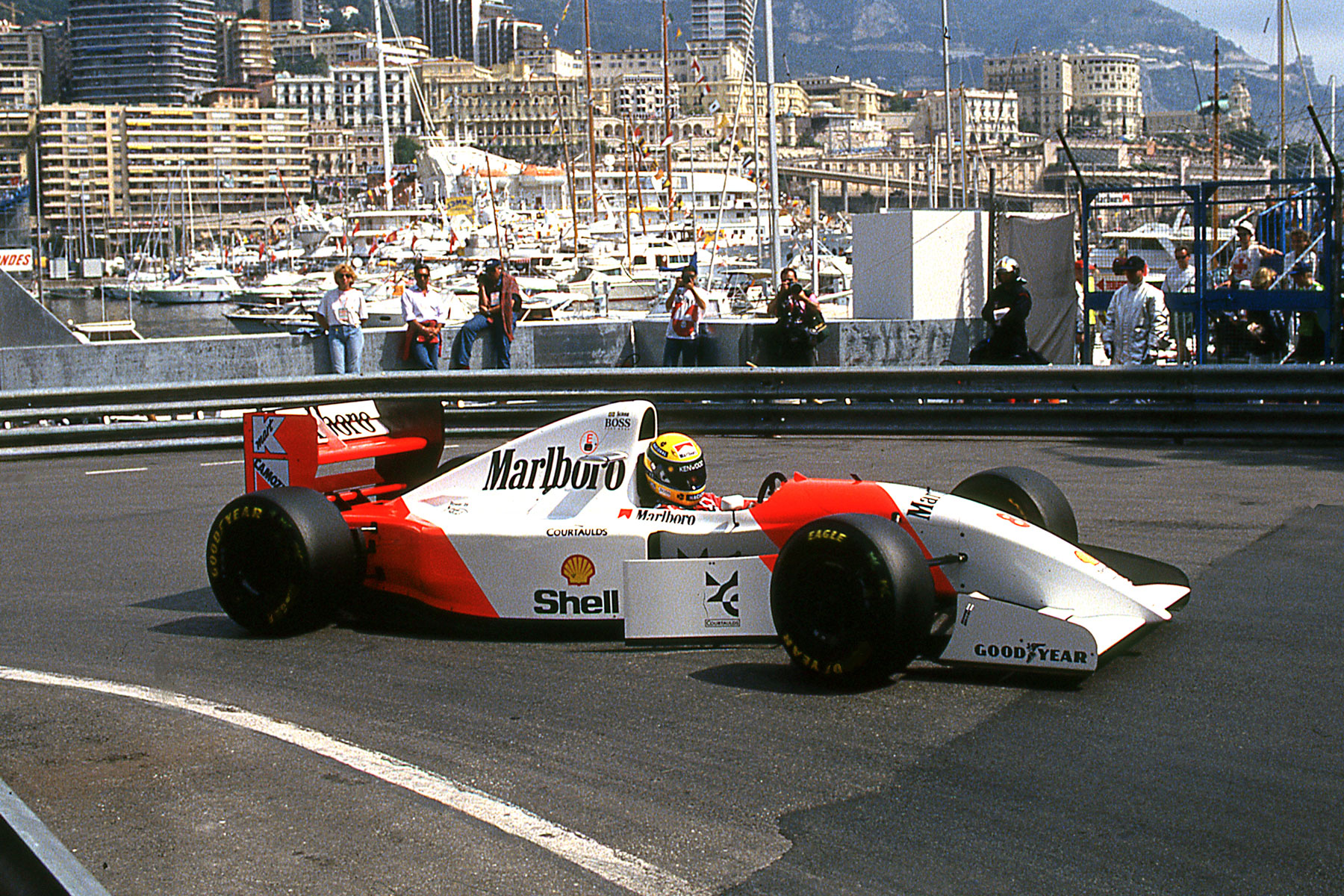 The Master of Monaco

Senna’s old MP4/8 – chassis number six – is described by Bonhams as being “startingly well-preserved” and in running order, with Mark Osborn, the auction house’s global head of motorsport, saying: “Ayrton Senna was the most charismatic Grand Prix car driver of the modern era, and the MP4/8A was the car with which his team, McLaren, surpassed Ferrari as the most successful team in Formula 1 World Championship history.

“This particular chassis, number six, cemented Senna’s legend as The Master of Monaco. We at Bonhams are both honoured and thrilled to be presenting one of the most significant Grand Prix cars of all time. It is his Monaco winner, it is a runner, and now it could be yours.”

Including his famous victory at Monte Carlo, Senna drove chassis number six in no fewer than eight of the 1993 season’s F1 races. It then completed the year as a spare car in Japan and Australia.

The car will be on display at Les Grandes Marques du Monde sale at the Grand Palais, Paris, on 6, 7 and 8 February, before going under the hammer at the Bonhams Monaco sale on 11 May.