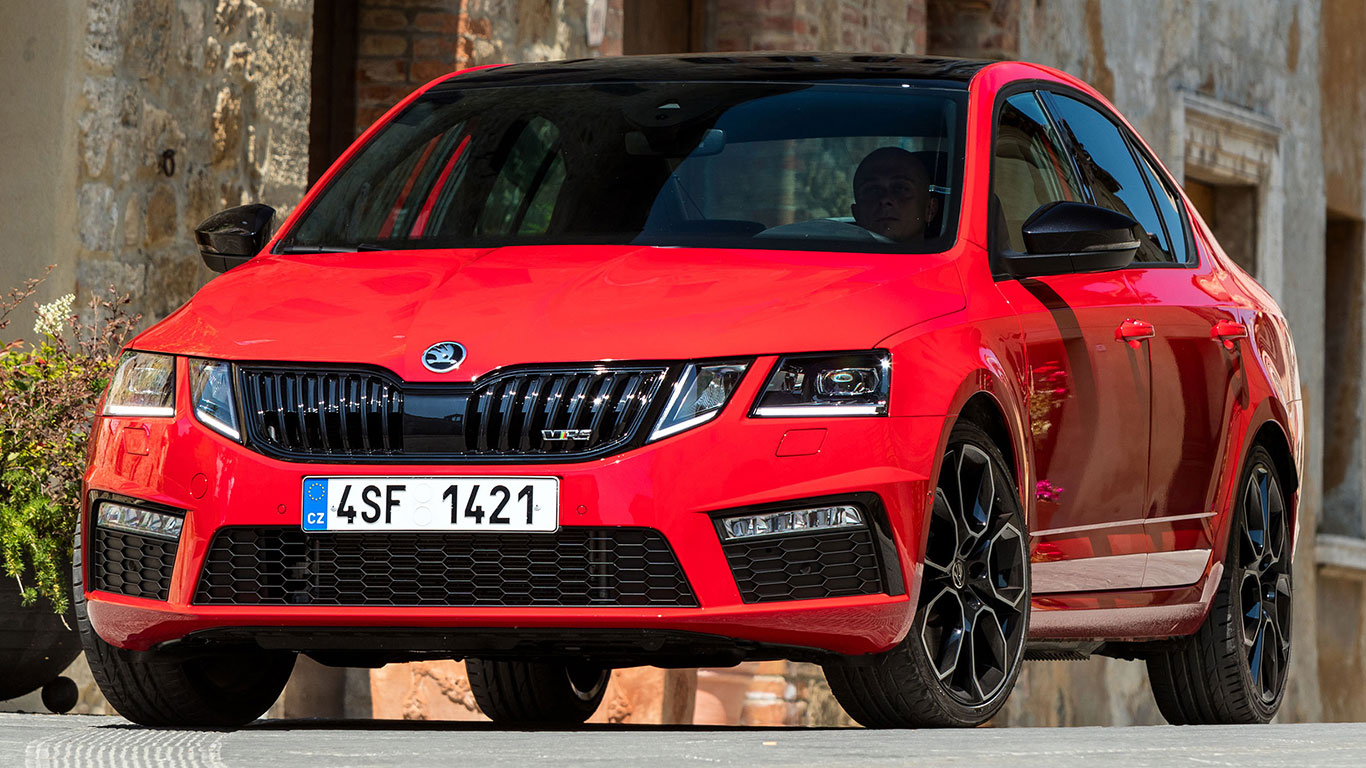 Not ANOTHER car awards… Well, yes, but Auto Trader’s New Car Awards are a little different. The 12 winners here are voted for by 43,000 real car owners who have bought and lived with the vehicles in question – not simply a small team of journalists who borrowed one for a week. And the 12 categories cover all aspects of the car market, from driving enjoyment to the best car for dog owners. Read on to discover the people’s champions. 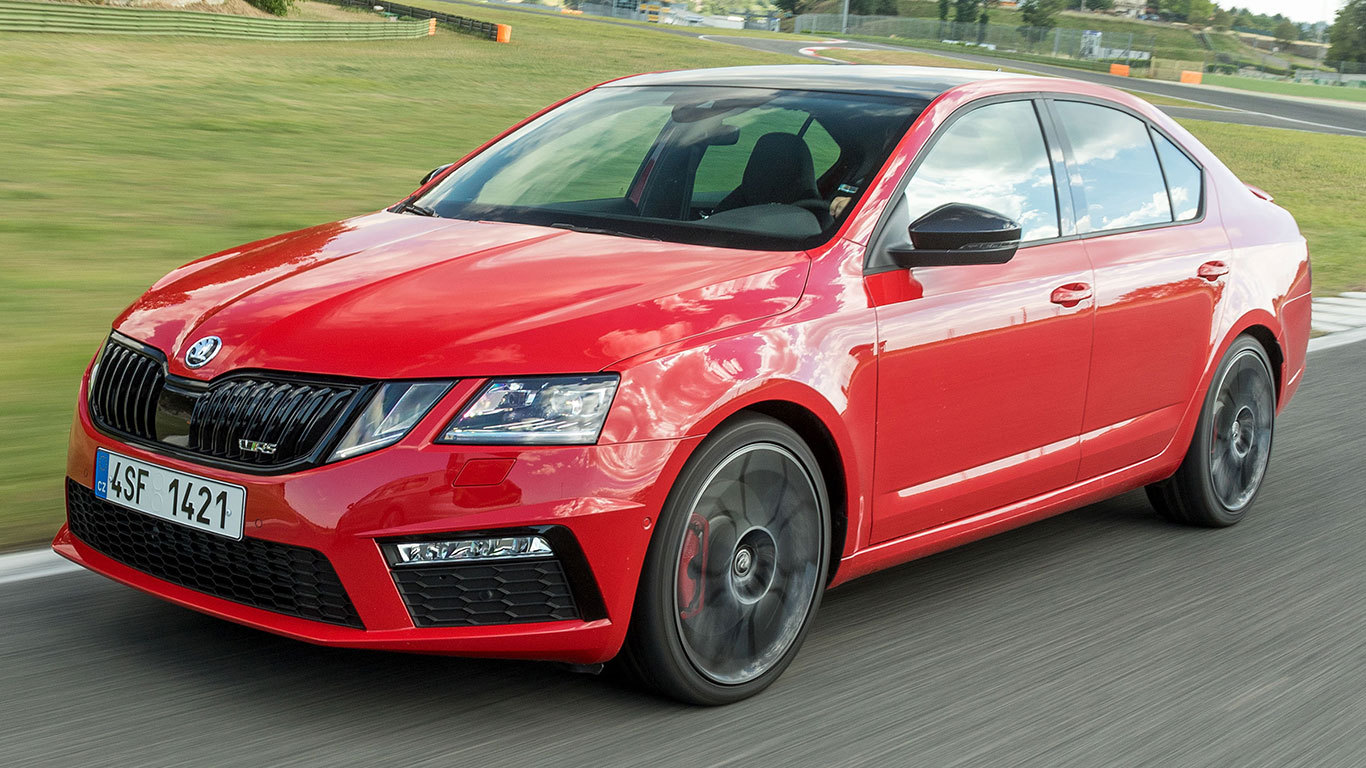 And the overall Car of the Year 2018 winner is… the Skoda Octavia. It’s a Volkswagen Golf with more space for less cash – what’s not to like? Auto Trader said: “The Skoda Octavia hatchback is a fantastic all-rounder. It might not appeal to everyone’s heart, but it ticks every box that any head would want”.

The talented Octavia ticked plenty of boxes with the voting public, too. According to Auto Trader, “consumers decided the winners based on lifestyle factors like reliability, running costs, appearance and practicality. (They) were also asked about their overall satisfaction with their cars and how likely they would be to recommend it to others.” 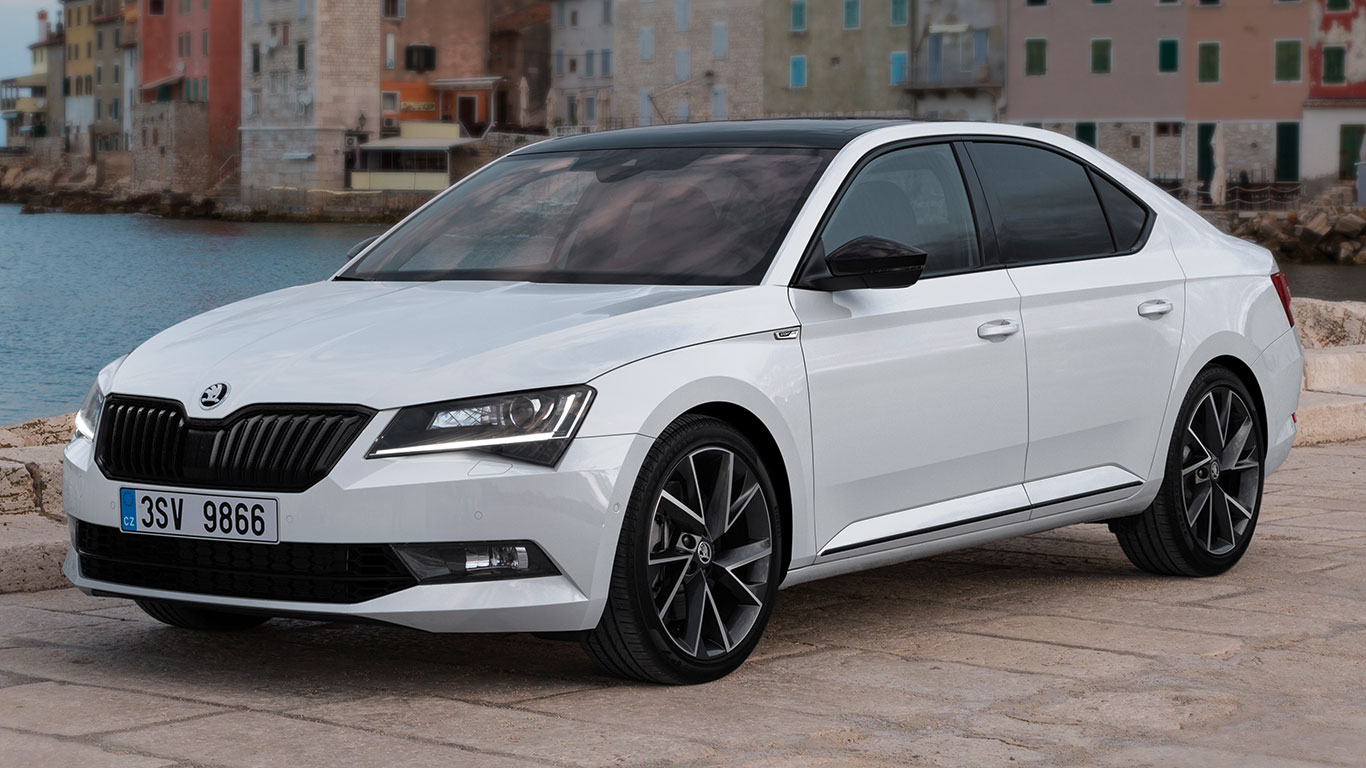 Another Skoda clinches the title in the Best Family Car category. Auto Trader said: “The Skoda Superb is a rational purchase, and its sensible drive and efficient engines reflect that. However, the smart styling, ingenious touches that enhance daily ownership, and impressive roster of new gadgets make it a serious contender in the family car class – especially at this price.” At the time of writing, the Superb starts from £22,120.

While noting journalists are persona non grata here, we’d venture to suggest the Superb Estate as an even better family holdall. It offers more interior space than many cars from the class above – including a huge 1,950-litre boot with the rear seats folded down. 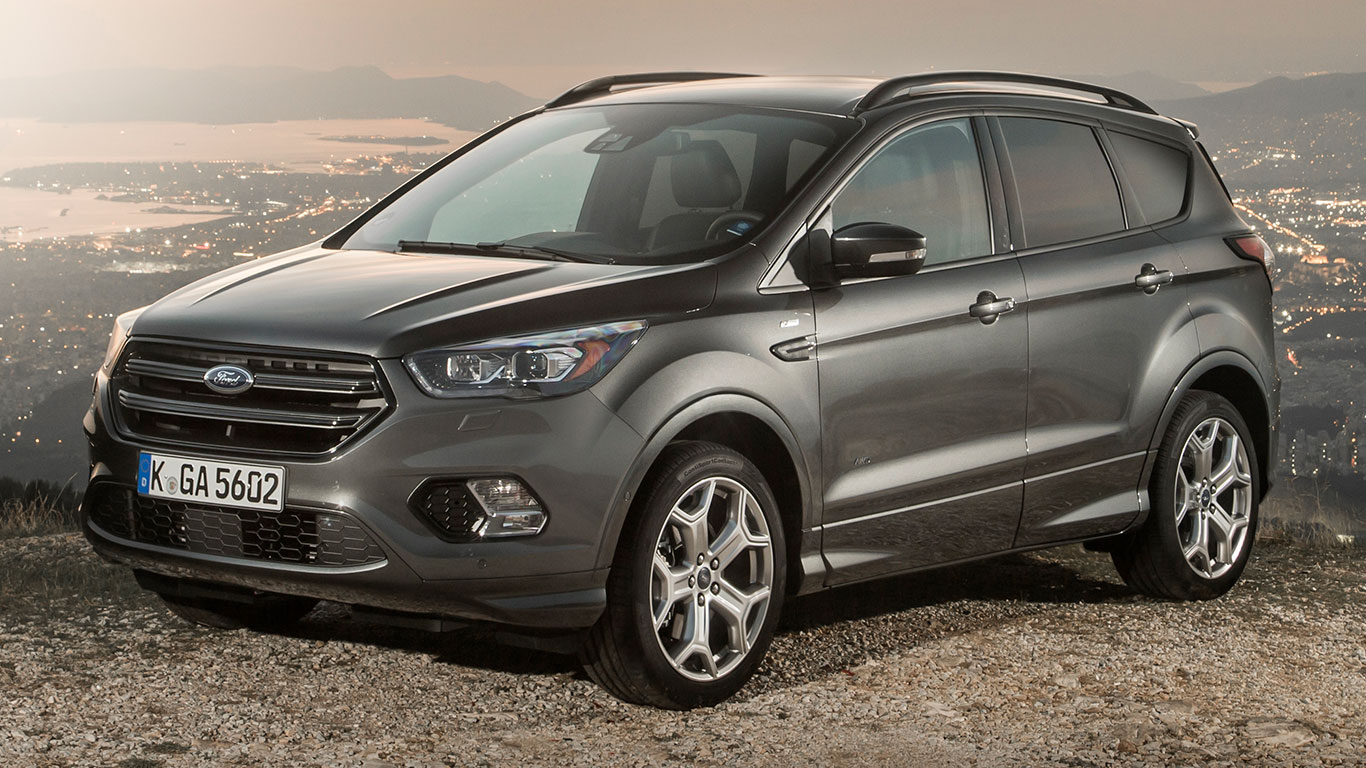 You might assume a small car such as a Hyundai i10 or Volkswagen Up was ideally suited to city driving. Not according to Auto Trader’s audience. They prefer the high driving position and commanding road presence of Ford’s mid-size Kuga SUV.

Auto Trader says: “Despite its age, the Ford Kuga is still one of the better compact SUVs you can buy. Go for one of the ST-Line models and you’ll be amazed at how engaging the Kuga is to drive. Tick the box for one of the punchy diesel engines and you’ll be just as chuffed by the easy flexibility, strong performance and impressive economy.” Definitely no Chelsea tractor, then. 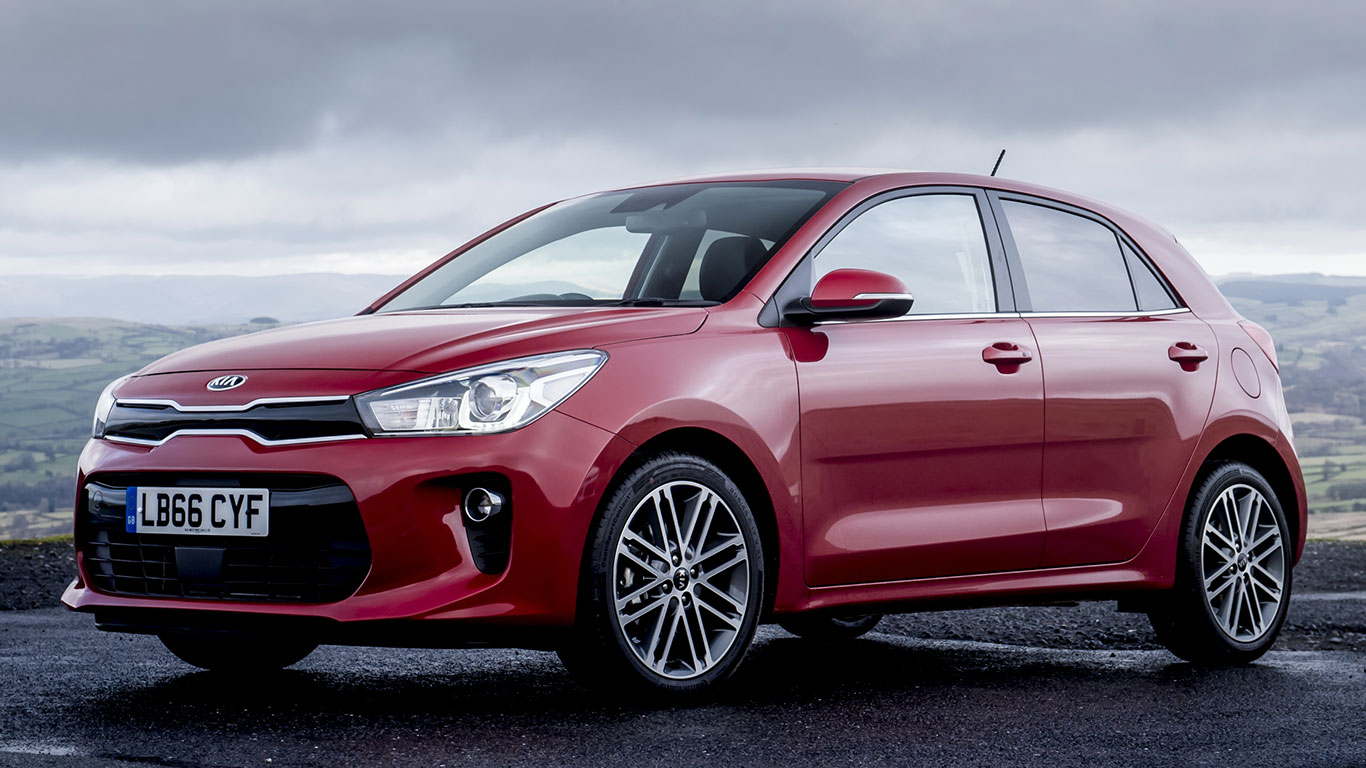 For those of a certain age, the word ‘Rio’ will always conjure up visions of sharp-suited synthpop. However, the Kia Rio is almost as appealing – especially when you factor in its £13,615 start-price. Even the most expensive Rio costs less than £18,000.

Under ‘Pros’ for the Rio, Auto Trader lists “plenty of room inside the cabin, high levels of standard equipment, a long warranty, excellent 1.0-litre petrol engine”. The Cons are “disappointing refinement at higher speed, ride feels too firm too much of the time, not as cheap as you might expect.” Still, there is a distinction between cheapness and value for money. 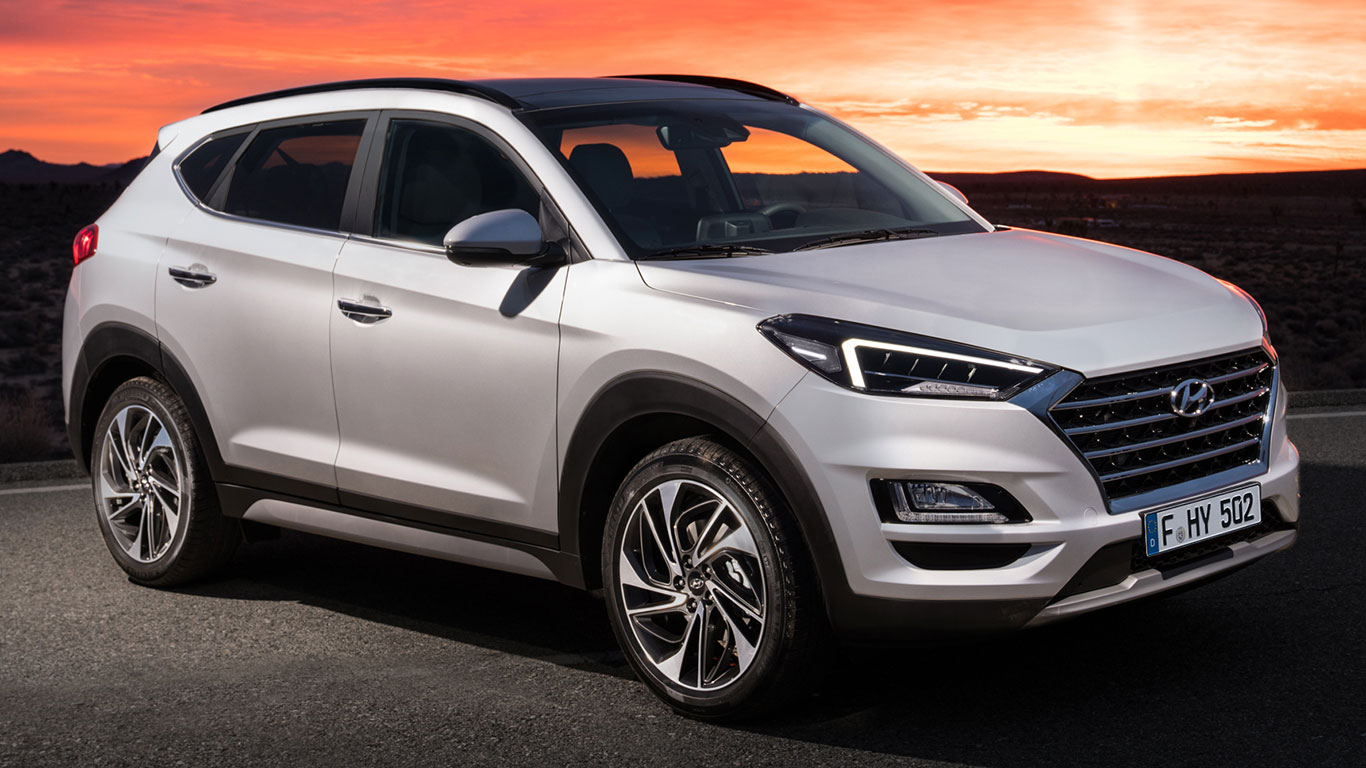 Having driven a Rolls-Royce Phantom from London to Vienna and back in 48 hours earlier this year, we’d suggest the Best Car for Long Distances is, in fact, a £400k Roller with an in-built champagne fridge. But Auto Trader readers beg to differ, giving this award to the slightly-more-attainable Hyundai Tucson – a family SUV that costs from £20,160.

Auto Trader said: “As a stylish and practical family car, with good-value prices and the added versatility of four-wheel drive on many models, the Tucson has a lot going for it. We do have a few reservations, especially about the efficiency and performance of the best-selling 1.7-litre diesel, so we’d recommend that buyers who are tempted by this sort of car also look at a Nissan Qashqai or Skoda Karoq.” 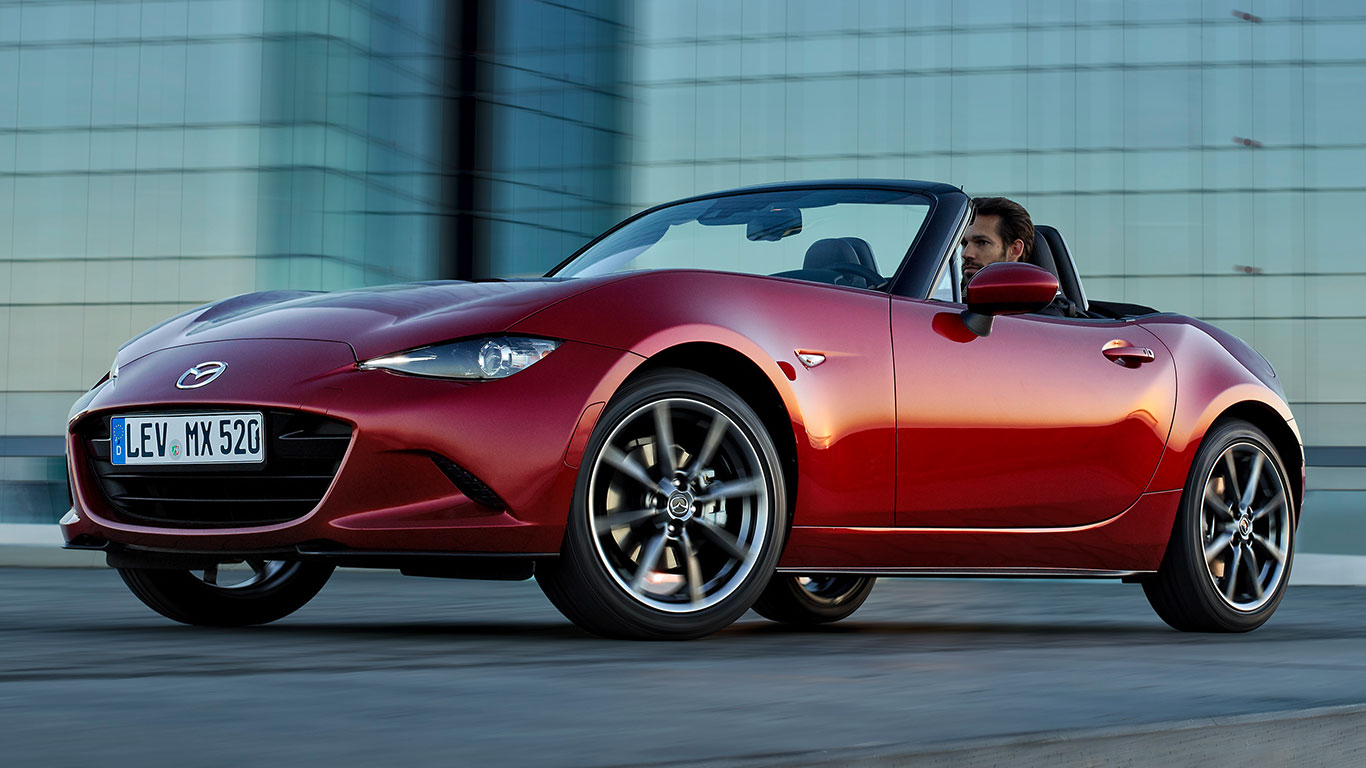 These awards may major on practicality, reliability and running costs, but they haven’t entirely forgotten the fun-factor. Enter the Mazda MX-5: officially the Most Fun Car to Drive according to the 43,000 people sampled. The evergreen MX-5 is also the best-selling sports car of all time, it’s simple front-engine, rear-wheel-drive formula (not forgetting the open roof) winning it more than a million fans.

There’s effusive praise from Auto Trader, too: “The MX-5 offers something for everyone. It’s grown up, good-looking and luxurious enough to please buyers after a simple cruiser, but also fast, exciting and engaging enough for die-hard enthusiasts. A true star”. 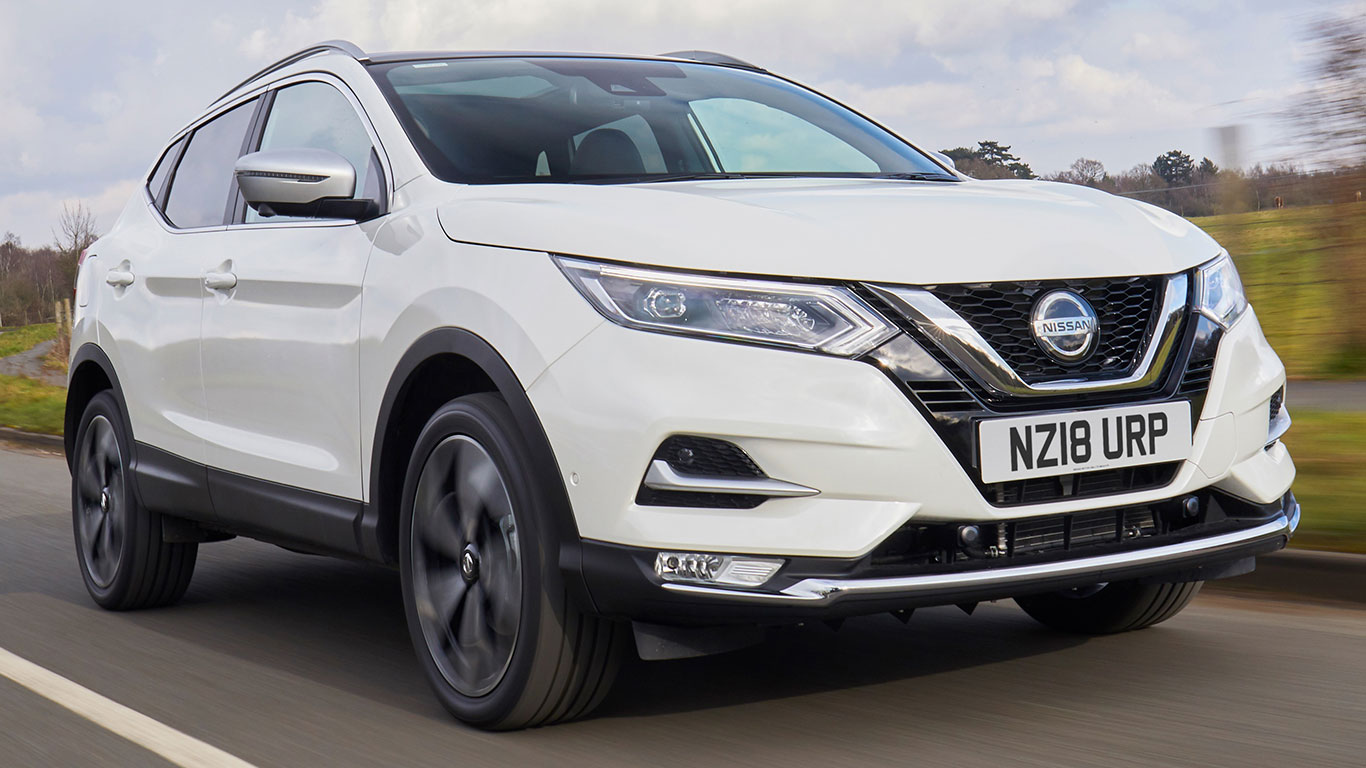 Nissan stands at the forefront of safety and convenience technology, say survey respondents. The Japanese company, which builds several cars in the UK – including the Qashqai and Leaf – wins the award for Brand with the Best Car Features.

Notable Nissan tech includes the Propilot semi-autonomous driving system, recently introduced on the Qashqai. Sensors maintain a set distance to the car in front, braking to a standstill if necessary. Propilot can also control steering to keep the car in-lane on the motorway, albeit only for limited periods. 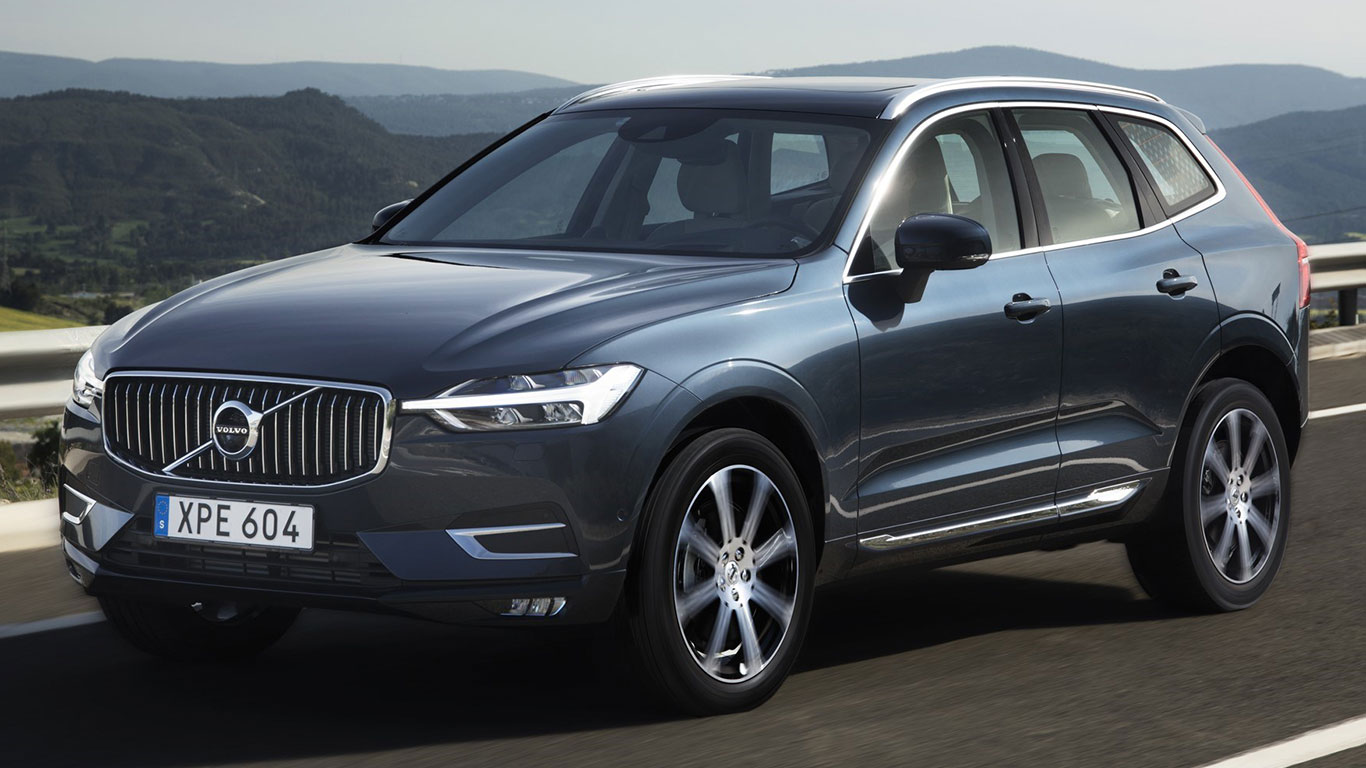 While car magazines and websites fawn over the Volvo XC40, Auto Trader readers prefer the XC60 – a larger SUV that competes with the Audi Q5, BMW X3 and Jaguar F-Pace. Indeed, they reckon it’s the best car launched during the past 12 months.

Summing up, Auto Trader said: “The latest XC60 has some Swedish idiosyncrasies, especially in terms of the way it drives, but it’s right up there with the very best when it comes to design sophistication, refinement and interior quality. It’s a very easy vehicle to live with, thanks to its relaxed road manners, elegant, comfortable interior and strong, quiet diesel engines. It’s not cheap, but even the entry model cars come with plenty of kit, including four-wheel-drive, an eight-speed automatic gearbox, a powered boot lid and an extensive list of safety kit. Add to this spacious, airy accommodation, a useful sized boot and affordable running costs, and the XC is worthy of serious consideration.” 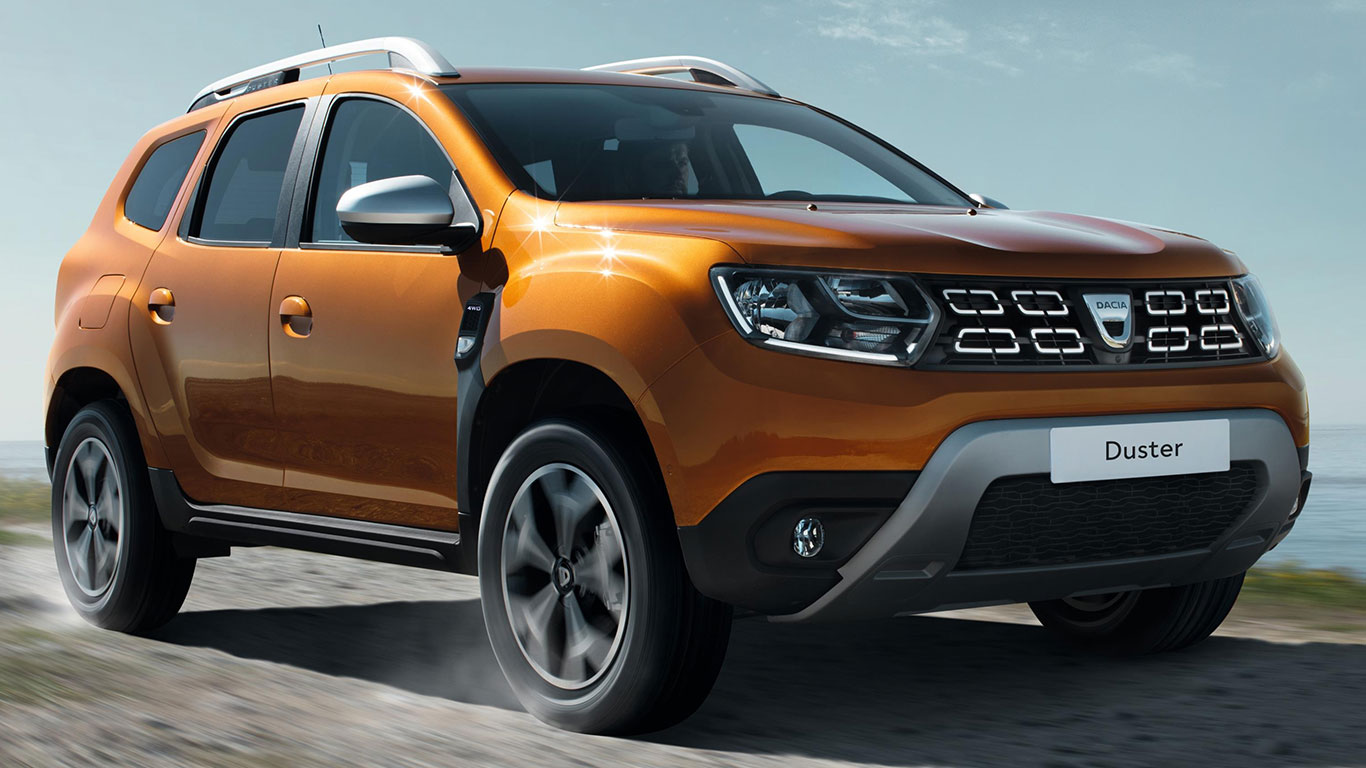 When Romanian-born, Renault-owned Dacia launched in the UK, its headline offer was £5,995 for an entry-level Sandero. That same Sandero has since crept up to £6,995, but Dacia remains a value-led brand. Few marques come close in terms of metal for your money.

In Auto Trader’s word’s: “Dacia’s mission is to provide no-frills transport at a no-frills price, and that’s a promise upon which it delivers big time. The cars themselves may have a rather budget feel, but they offer new-car motoring for a used-car cost”. 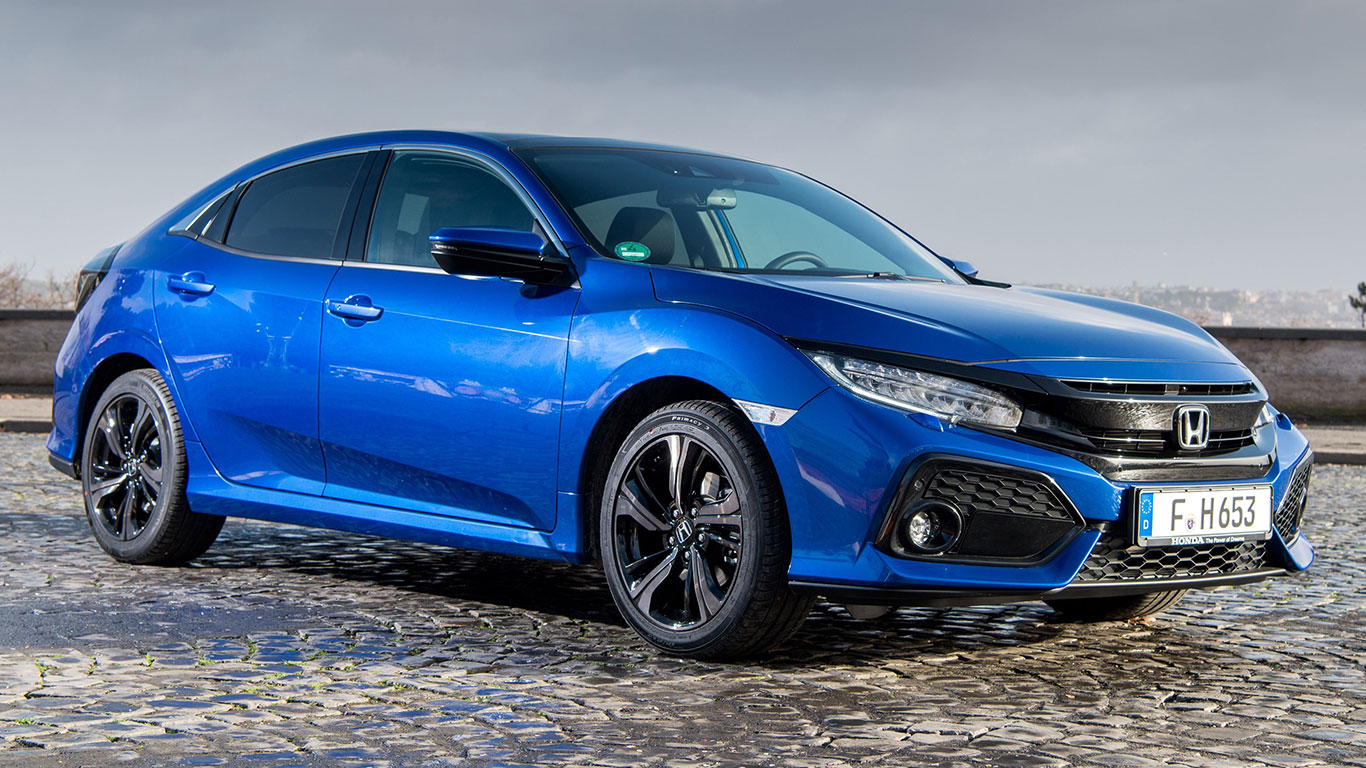 Woof, woof. If you have a furry friend, own a pooper scooper and regularly go on paw patrol, the Honda Civic is the car for you. Auto Trader readers award it 4.5 out of five overall, with one owner saying: “(I’ve) never had as many complementary comments from total strangers about any vehicle I have owned”.

Honda has yet to launch a Tourer estate version of the current Civic. However, even the hatchbook has plenty of boot space – despite lacking the brilliant, flip-up ‘Magic Seats’ of the old model. It’s no dog to drive either, particularly the ballistic Type R hot hatch. 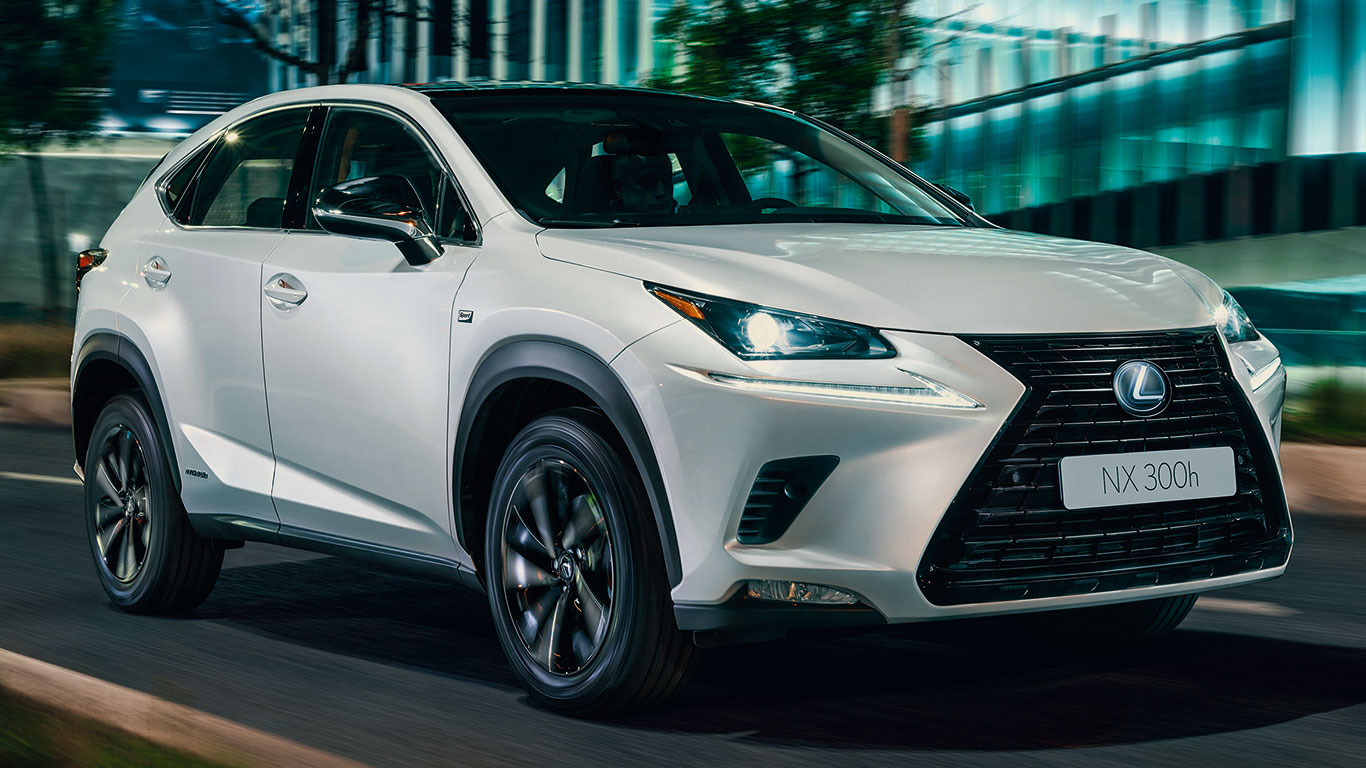 One day there will be a car survey where Lexus isn’t named the Most Reliable Brand. Until that day, this Japanese marque will remain the top choice for connoisseurs of hassle-free motoring.

On Lexus, Auto Trader said: “A Japanese luxury outfit that offers Toyota reliability, along with edgy styling that sets its cars apart from those of the German prestige brands. The company has also invested a lot of faith in alternative-fuel vehicles, with most of its cars being available in hybrid form.” 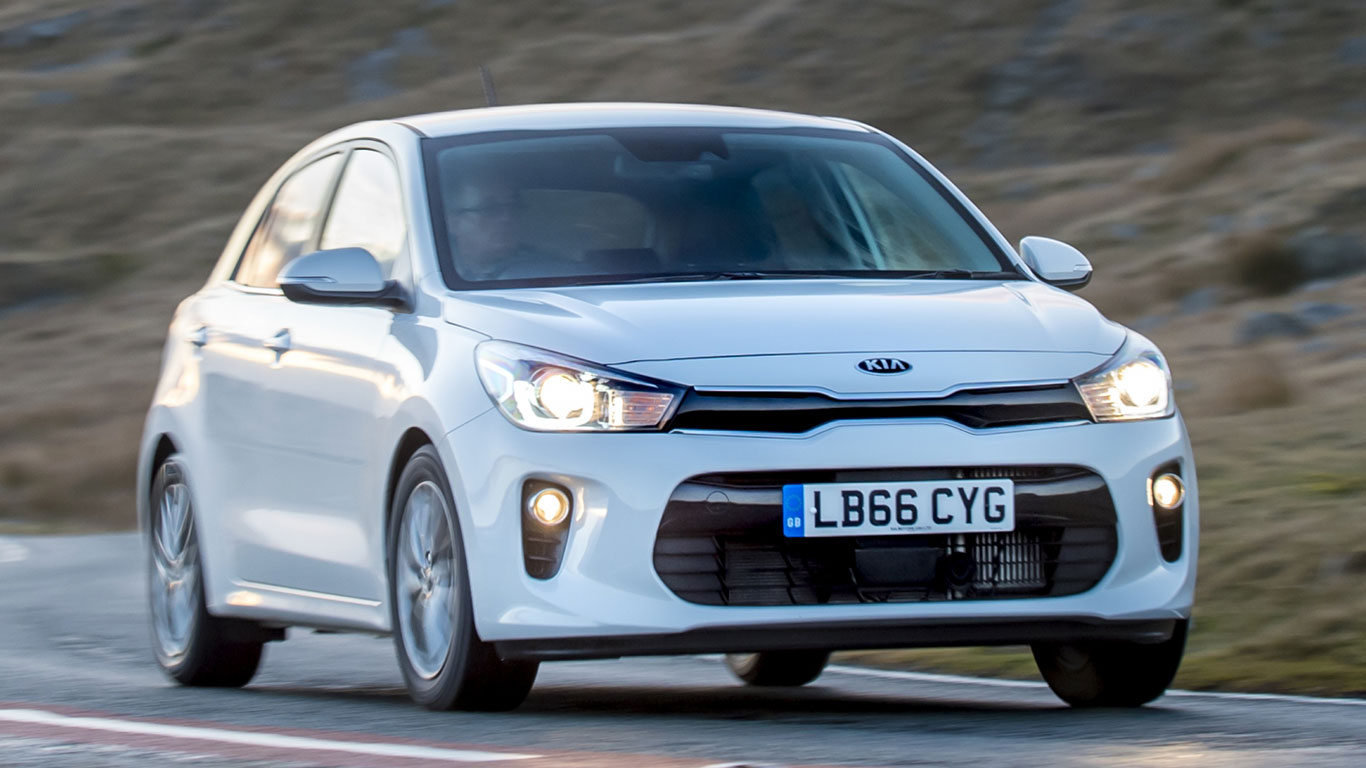 The Rio is the only car here to win two awards. Not only was it voted the Best Value New Car, it also takes the title of Best Car for New Drivers. Light controls, compact dimensions and a good level of safety equipment all help the Kia’s cause.

The verdict of Auto Trader was thus: “It’s all too easy to sound like we’re damning the Rio with faint praise, but this really is a very decent car that does its job extremely well. It’s not quite class-leading in any way, but as an overall package, it has an awful lot to recommend it, and no major weaknesses. If you’re in the market for a supermini, you should certainly give the Rio a look”. 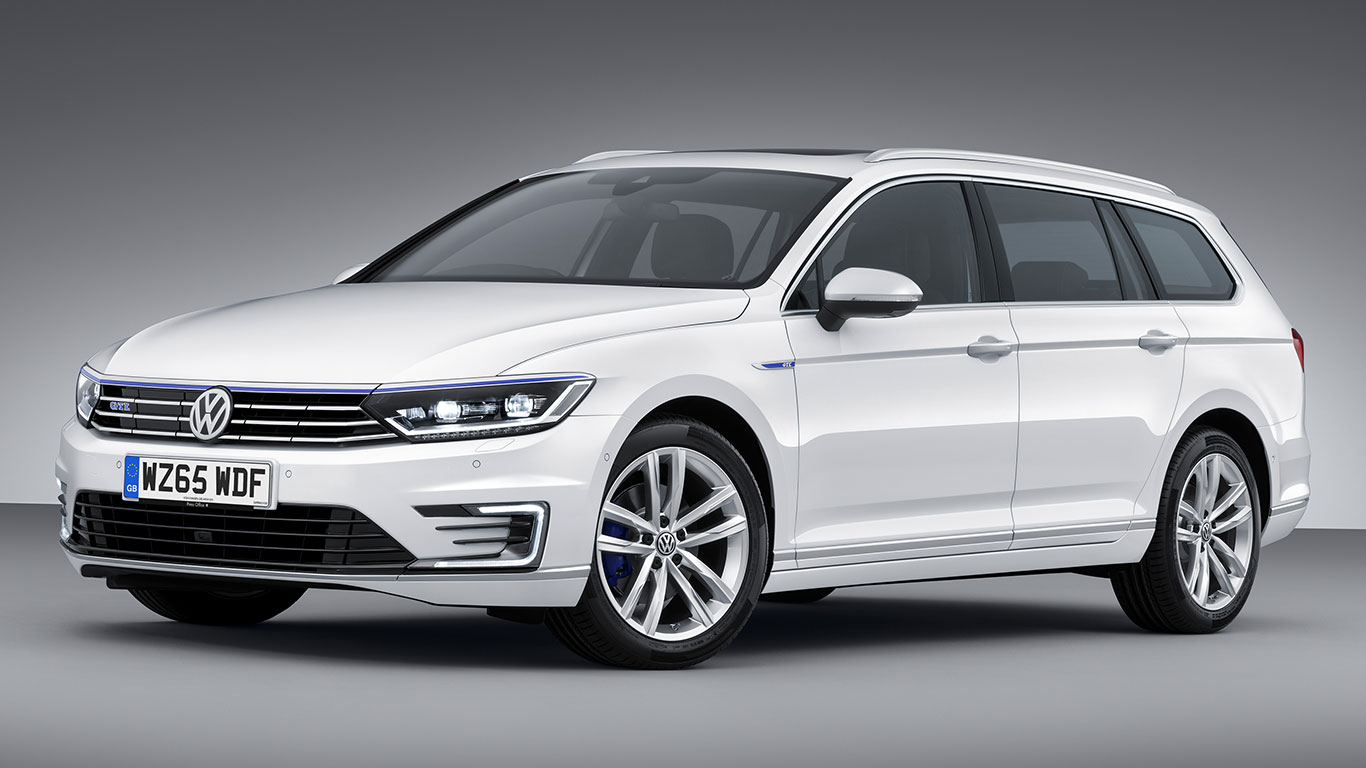 From electric SUVs to hybrid-powered supercars, defining what constitutes a ‘green car’ is increasingly tricky. The Passat GTE Estate is no lightweight, but it ticks the ‘green’ box due to its hybrid drivetrain. Its batteries offer up to 31 miles of pure electric range

Of the Passat Estate in general, Auto Trader notes Pros of “elegant looks and classy cabin, excellent comfort and refinement, spacious cabin and big boot”. The Cons are listed as “not as sharp to drive as some rivals, some versions look very pricey, rear seats don’t quite fold flat”.