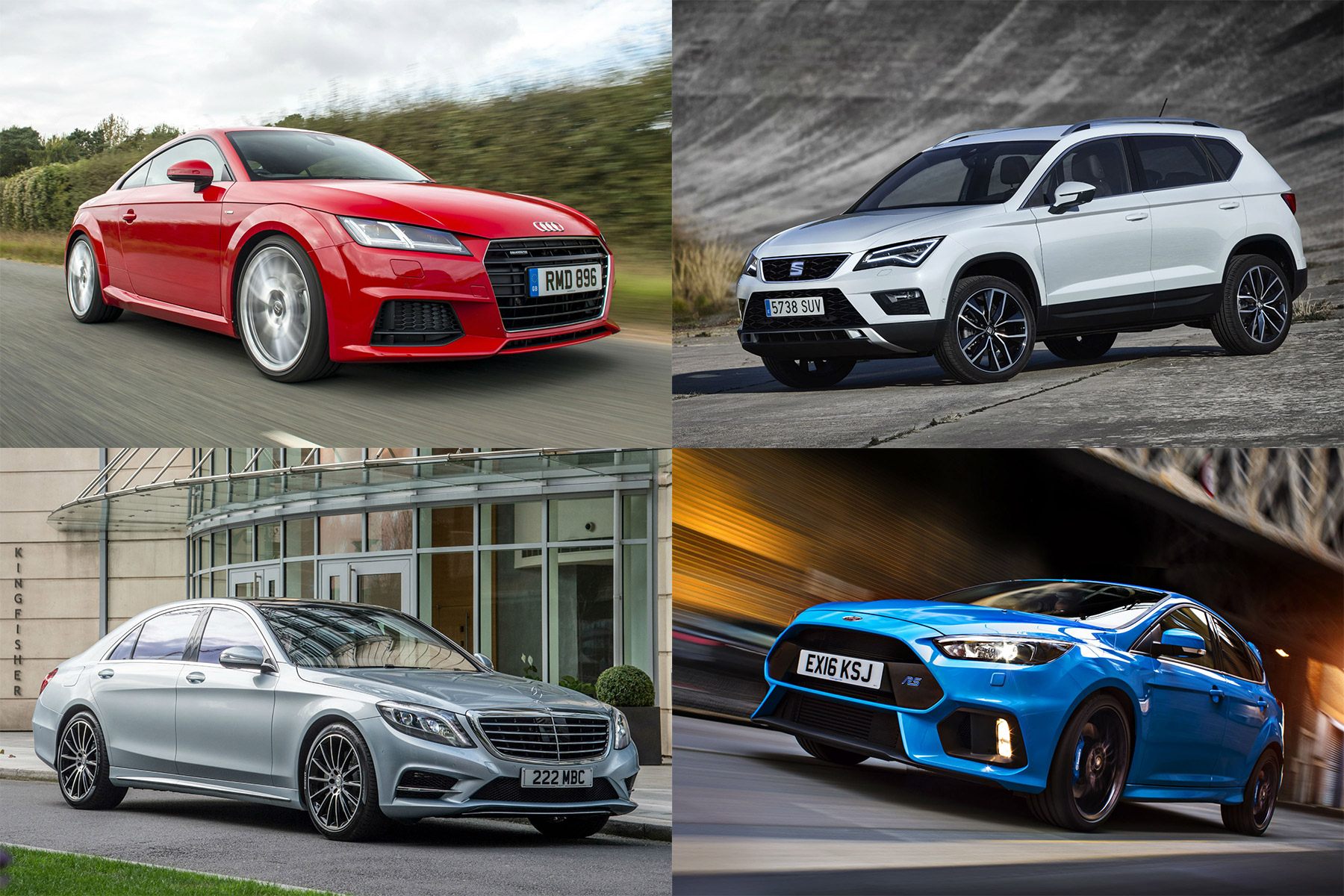 The 2016 Auto Express New Car Awards winners have been revealed, with 21 prizes handed out to cars spanning the full breadth of the UK market.

Here we reveal all the 2016 winners and comment on just why Auto Express reckons they’re the best models in that sector for car buyers.

A surprising start, perhaps, as the Skoda Citigo has been around largely unchanged since 2011. Auto Express explains, “it’s the compact dimensions that give the Skoda impressive manoeuvrability in tight spots, but a spacious interior that delivers a big car feel inside.”

The Hyundai i10 and Vauxhall Viva were highly commended.

Supermini of the Year 2016: Volkswagen Polo 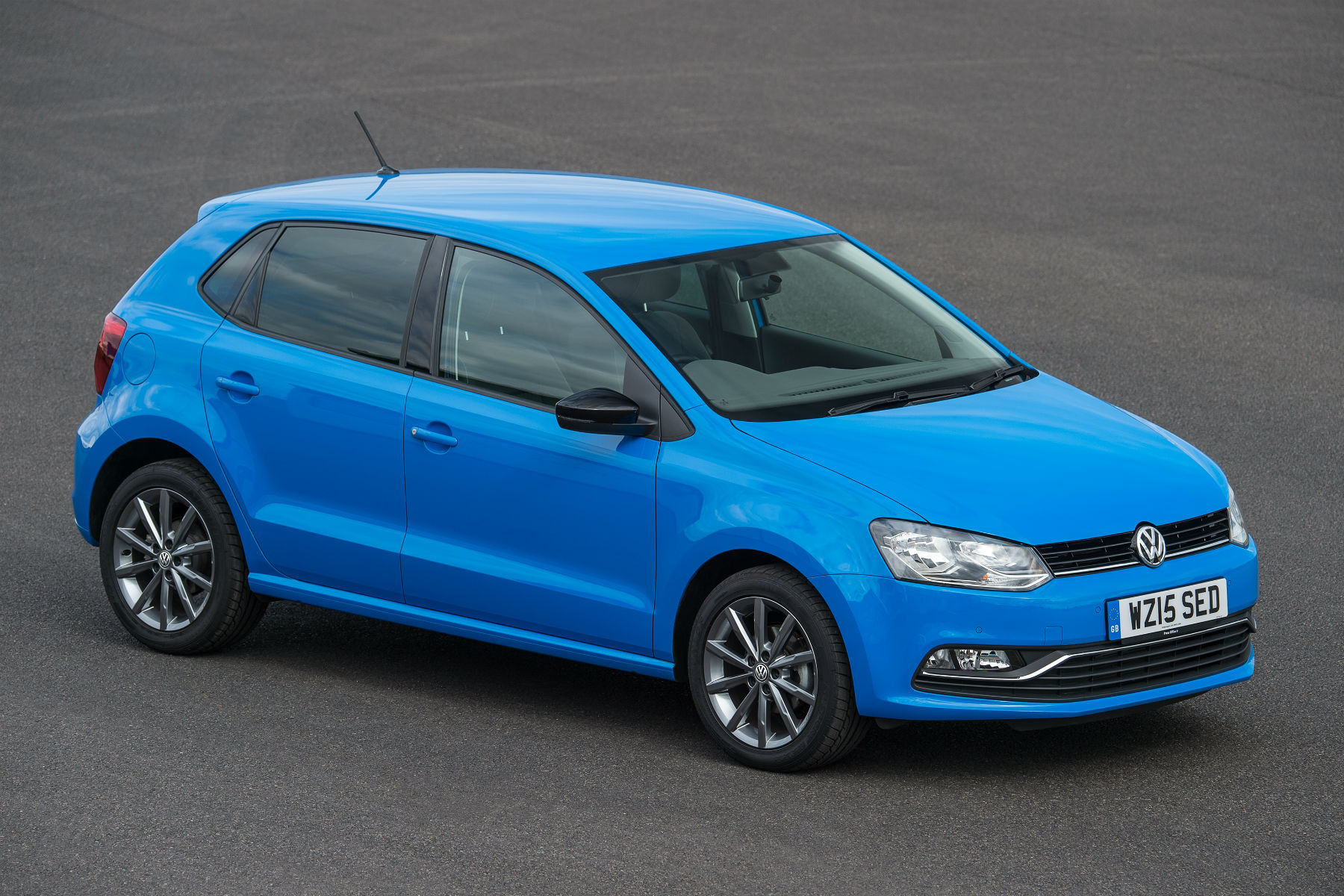 Another surprise, as the Volkswagen Polo is even older than the Skoda Citigo, with the latest model launched in 2009. A facelift last year boosted the Polo’s charm, says Auto Express, while the magazine would recommend the turbocharged three-cylinder petrol BlueMotion engine.

Who doesn’t like a MINI? Auto Express explains, “it doesn’t matter whether you pick the entry-level 1.2-litre three-cylinder or feisty 228bhp John Cooper Works model, every MINI is infused with the same eager personality that encourages you to drive just for the hell of it.” 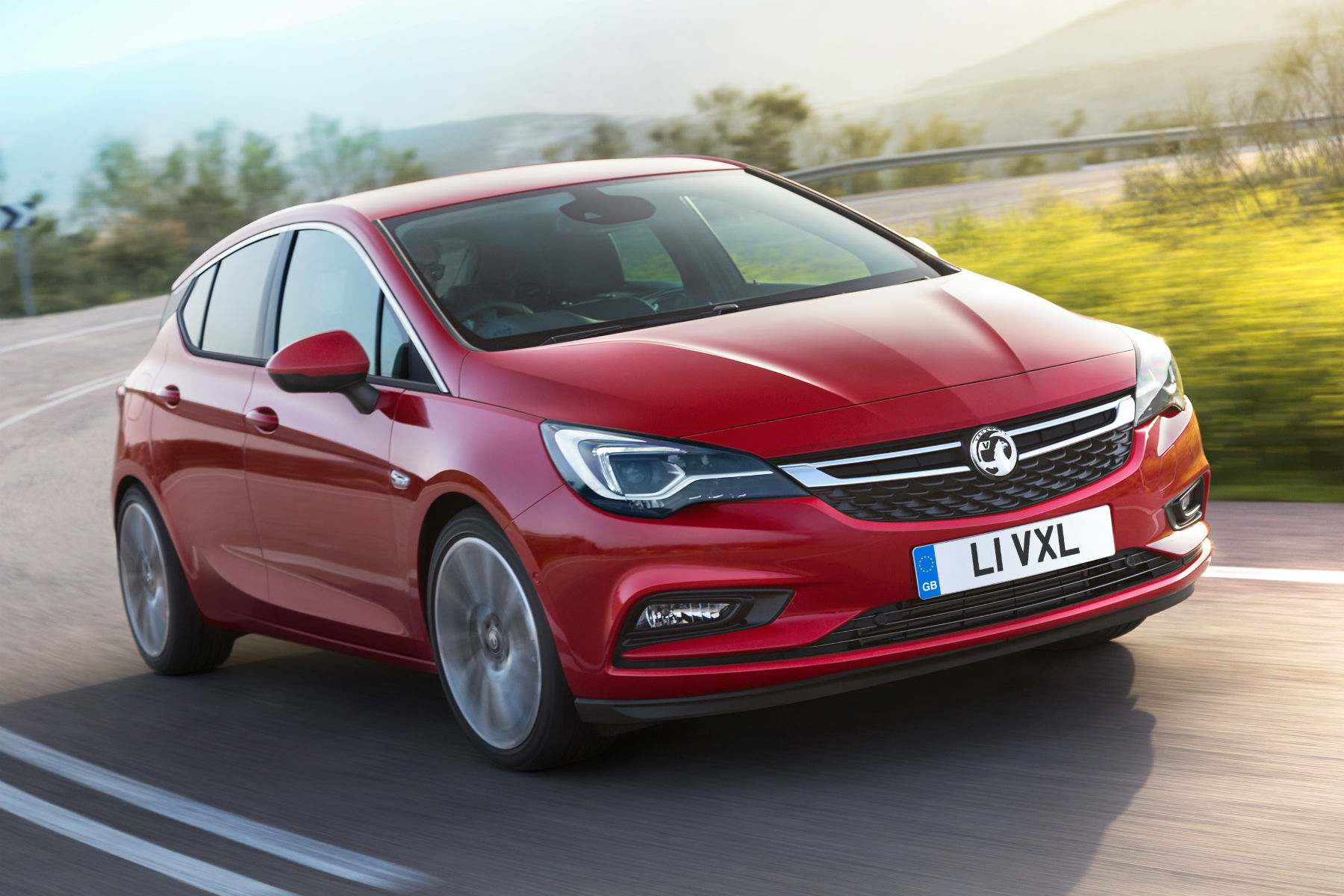 In a sector consisting of the Ford Focus, Volkswagen Golf and SEAT Leon, the Vauxhall Astra has always lagged behind the competition. But the latest model has been a revelation, bagging the 2016 European Car of the Year crown.

The latest Superb’s crisp styling and upmarket cabin elevated it above rivals to bag the title of Auto Express’s Family Car of the Year 2016.

It beat competition from the Mazda 6 and Toyota Prius, which were commended. 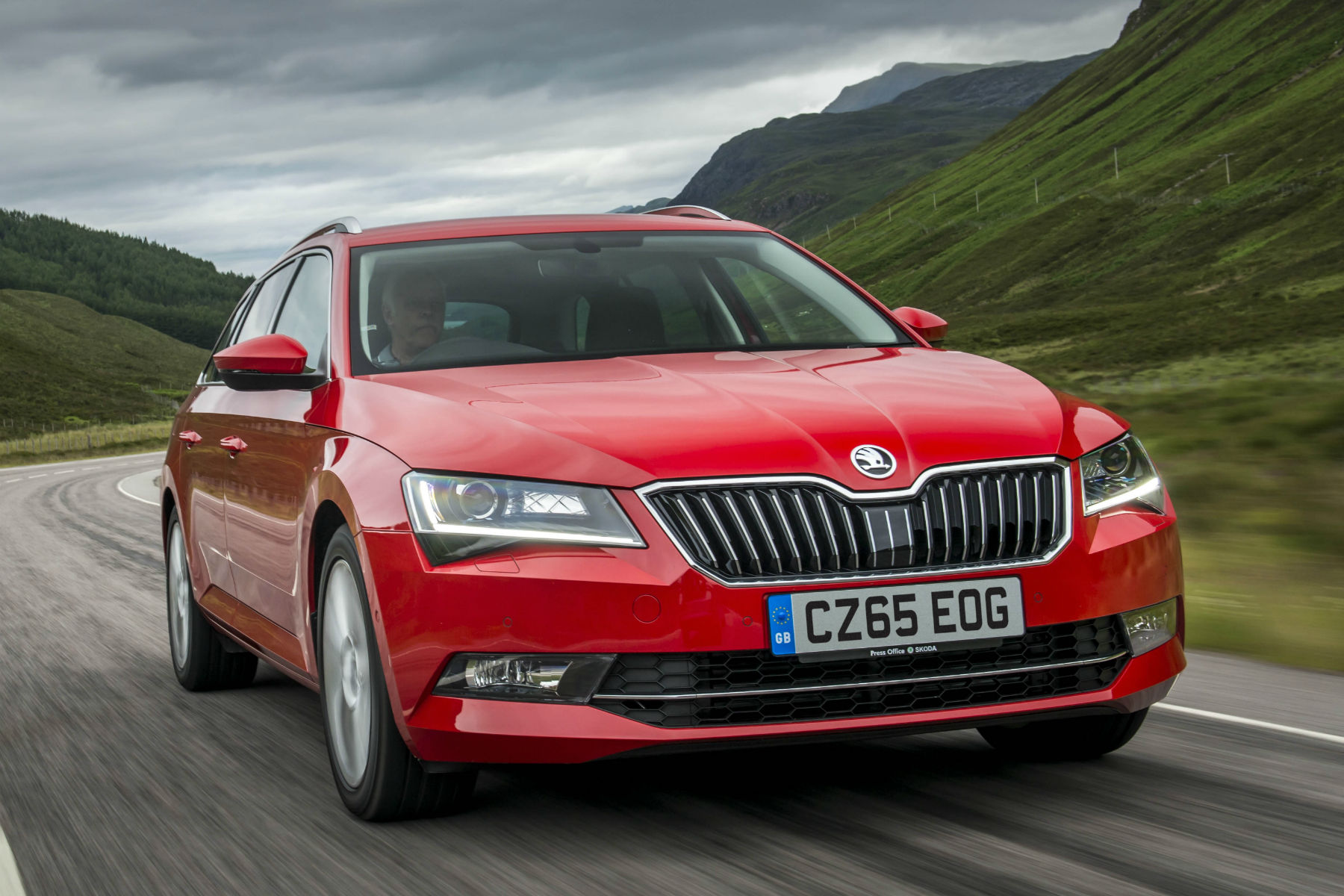 As if winning Family Car of the Year wasn’t enough, the Skoda Superb also bagged the estate car award. Based on the same MQB underpinnings as the Volkswagen Passat, the Superb boasts a bigger boot and lower list price than its slightly-more-upmarket cousin.

For the third year in a row, the Citroen Grand C4 Picasso has scooped the MPV prize at the Auto Express awards. Judges praised its versatile cabin and impressive in-car tech, putting it ahead of the Ford S-Max and SEAT Alhambra runner-ups.

Crossover of the Year 2016: SEAT Ateca 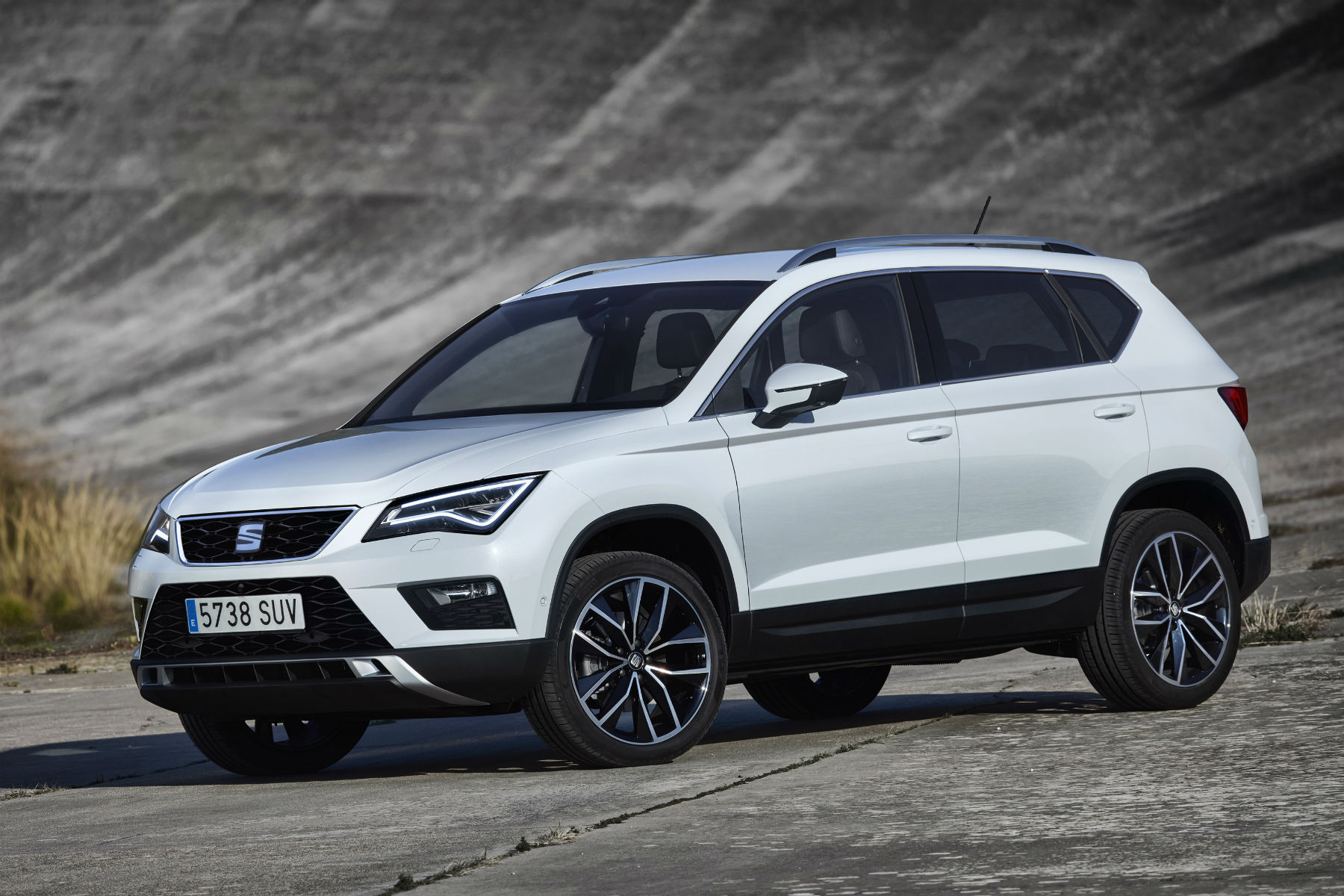 The crossover market is showing no signs of slowing down, with Auto Express claiming this is “arguably one of the most fiercely fought New Car Awards categories.” SEAT’s entry to the sector has been long-awaited, but the judges were impressed with the way the Ateca drives – “like a jacked-up Leon.”

Commended were the Citroen C4 Cactus and Renault Kadjar.

If we’d have put money on a car picking up a gong at the Auto Express awards, it would have been the incredibly impressive Jaguar F-Pace. Auto Express gave the F-Pace the compact SUV gong, praising its comfort, usability, effortless performance and great value for money. 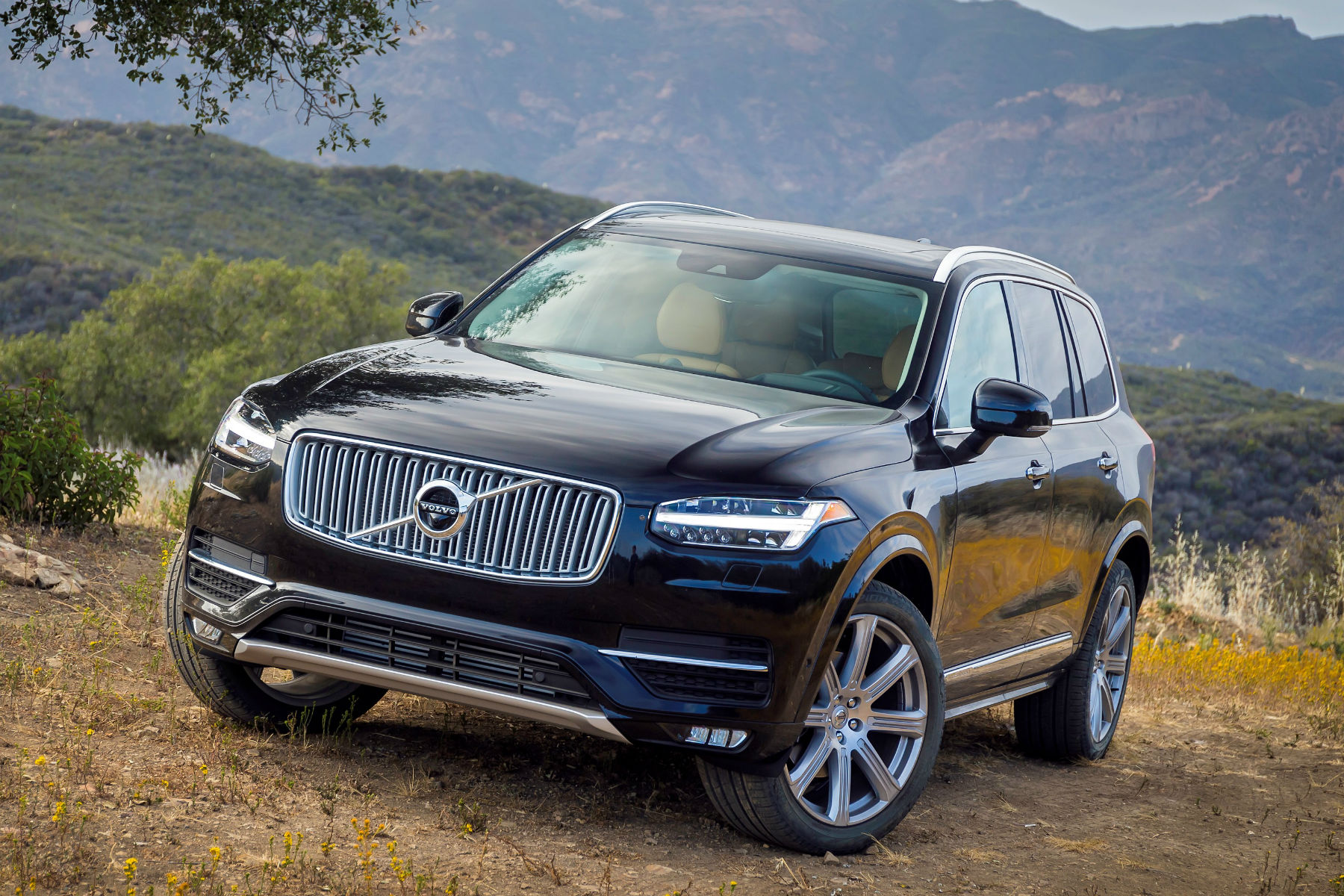 Beating the impressive new Audi Q7 and Kia Sorento to the Large SUV of the Year title, the Volvo XC90 actually won the overall Auto Express Car of the Year award in 2015. Although the ‘twin-engined’ T8 hybrid model is the headline-grabber, judges would recommend the four-cylinder D5 diesel for “a surprising mix of refinement and punch.”

With fresh competition from the new Nissan Navara and facelifted Ford Ranger, the Mitsubishi L200 has done well to cling onto its title of Pick-Up Truck of the Year at the Auto Express awards. “Its robust underpinnings will take just about anything you can throw at a working vehicle,” explains Auto Express. “But the Mitsubishi is more car-like to drive than its rivals, with superior refinement helping improve comfort.” 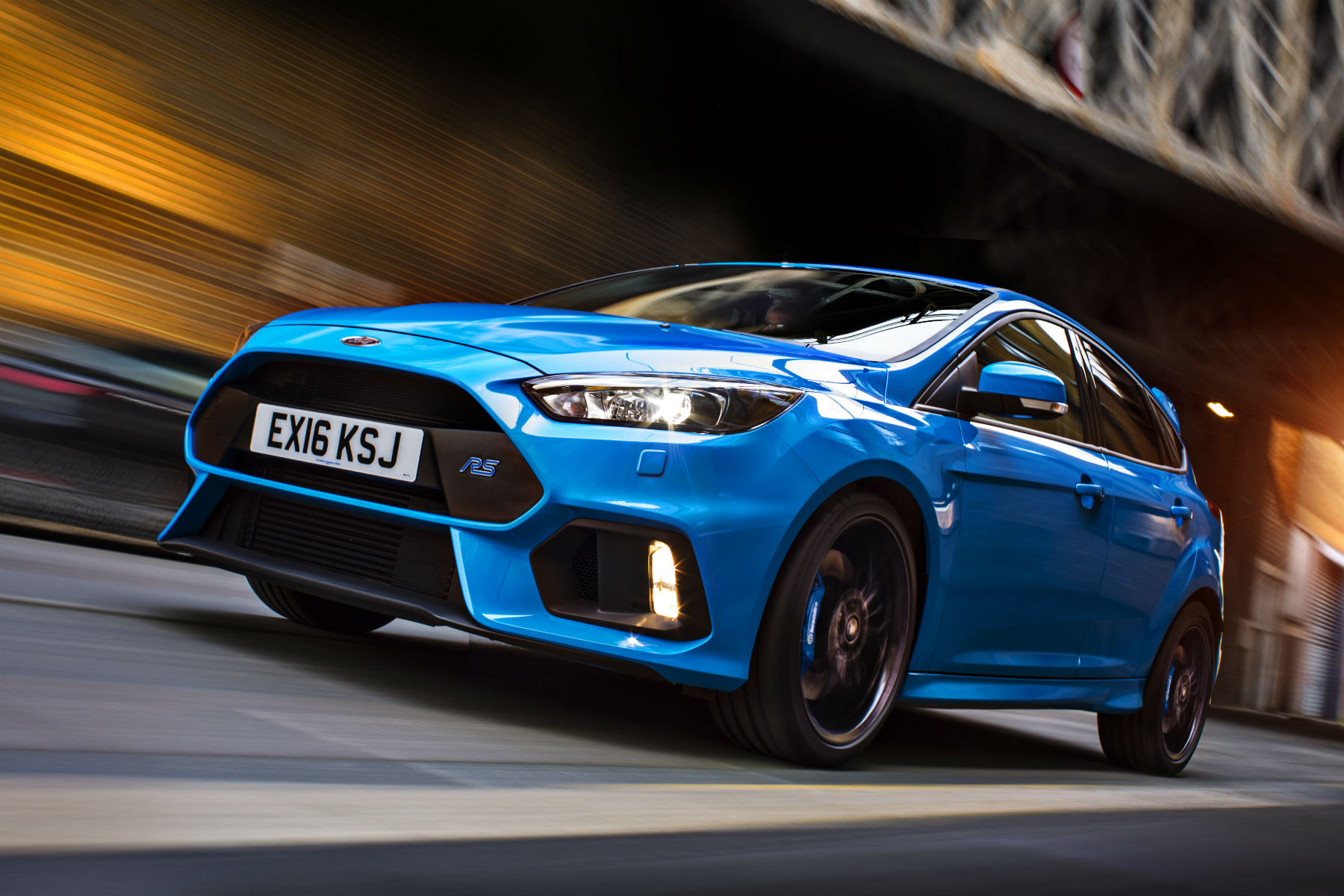 In truth, anything else taking home this award would have caused outrage. The £31,000 Ford Focus RS is a performance bargain, with its 2.3-litre four-cylinder turbo engine thrusting the Focus to 62mph in 4.7 seconds.

Fancy a convertible for the summer? While the soft-top LaFerrari, revealed yesterday, is a tempting proposition, the MINI Convertible is probably more realistic for most of us. It fought off competition from the Audi A3 and (surprisingly) the Ford Mustang, with judges praising its 1.5-litre turbo engine. 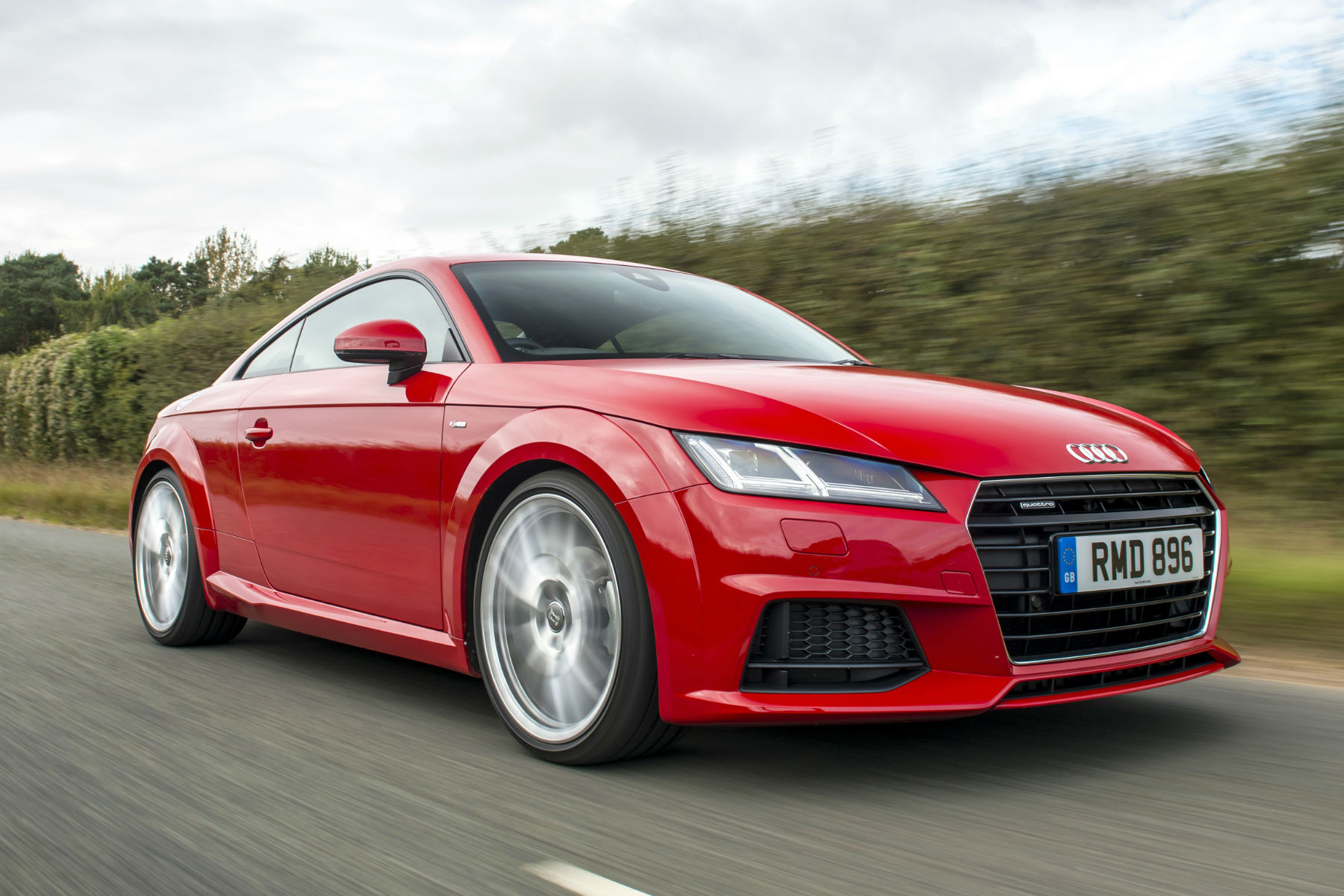 The latest Audi TT is a really polished all-rounder, so it’s good to see it beating the Porsche 911 and Ford Mustang to the title of Coupe of the Year. Judges commented: “It’s often said that fashion fades and style is eternal – and no car sums up this sentiment better than the Audi TT. Over a year after making its debut, the eye-catching coupe still has what it takes to shade any new model around.”

There doesn’t seem to be a single person who’s driven the new Mazda MX-5 and not fallen for its charms. We particularly like BBR’s tuned version, although Auto Express judges advise buyers opt for the less powerful 1.5-litre model.

The Jaguar F-Type and Porsche 718 Boxster were commended – showing just how good the Mazda MX-5 actually is. 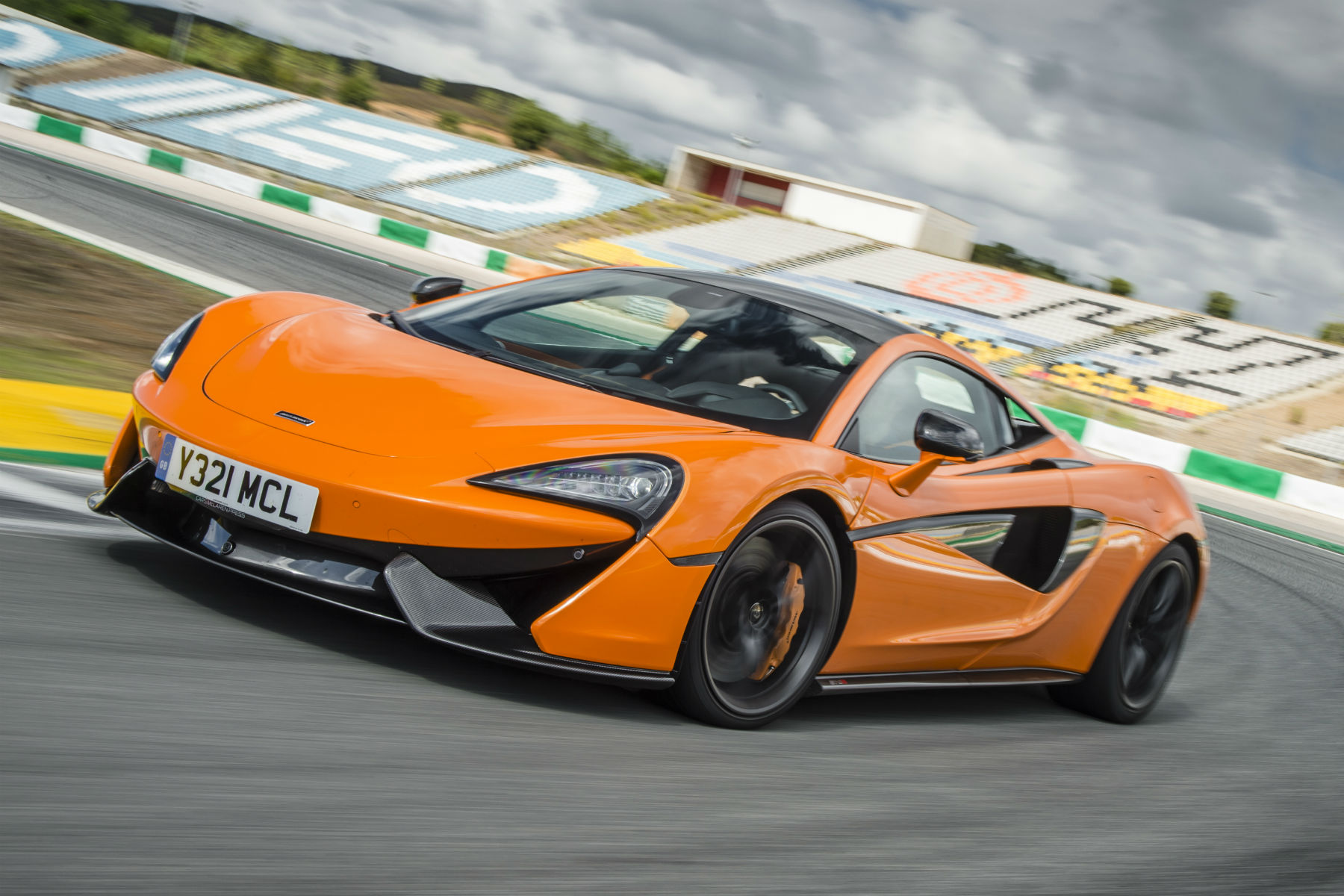 With a shortlist that included the BMW M2 and Ferrari 488 GTB, the Brit-built McLaren 570S has done well to bag the (well-deserved) Performance Car of the Year title. Judges described the entry-level McLaren as ‘simply incredible’.

We’re big fans of the new Audi A4 at MR, so it’s a surprise to see it not even get a mention in the Compact Executive category. Instead, the Lexus IS and BMW 3 Series were commended, while the baby Jaguar took top choice. 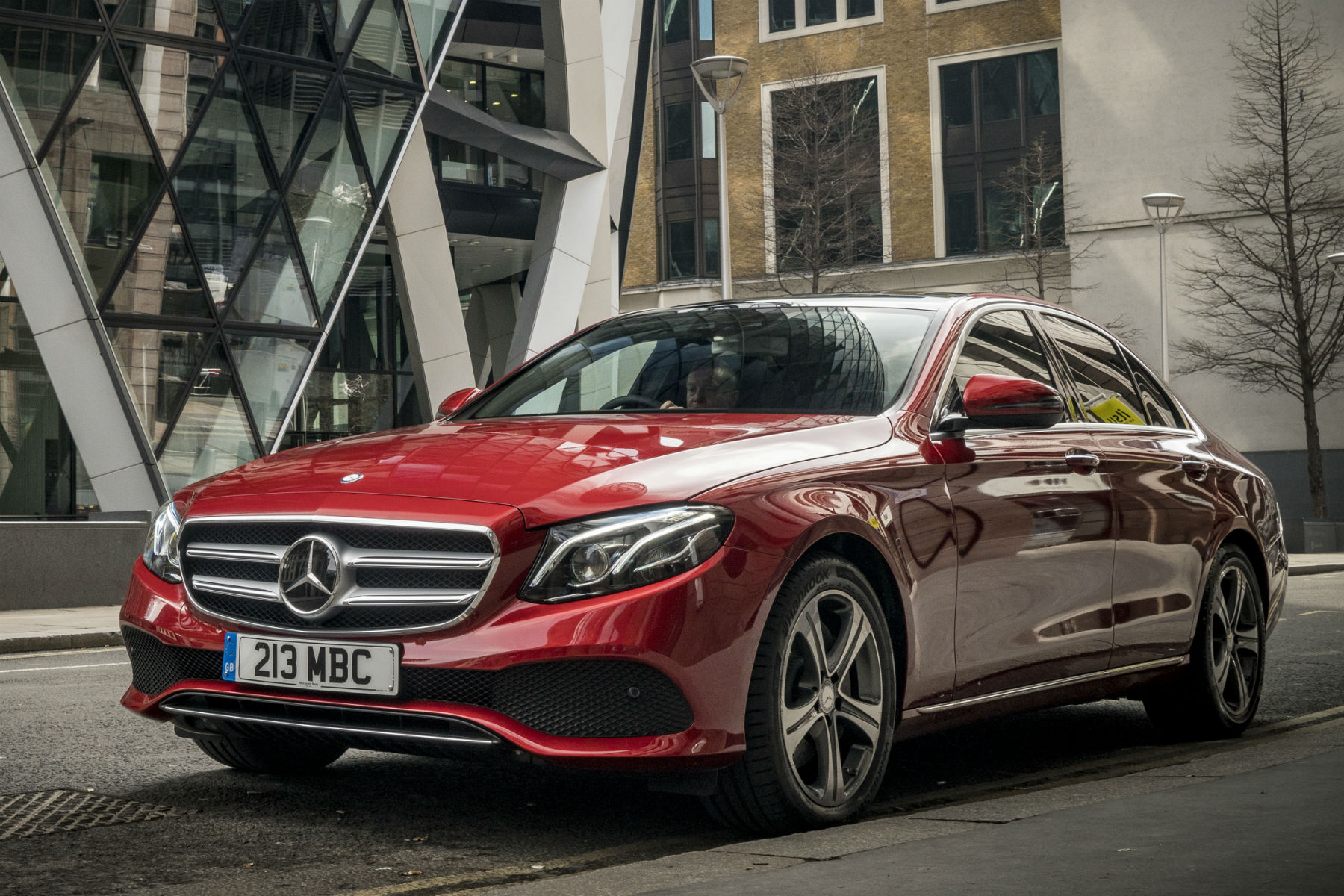 It might look like a smaller S-Class, but it’s a strategy that’s worked well for Mercedes-Benz at the Auto Express awards. Judges praised its premium interior and impressive technology, highlighting the E 220d SE as a particular gem. It beat the Jaguar XF and Tesla Model S, which were both commended.

Talking of the Mercedes-Benz S-Class, it beat the Bentley Mulsanne and Range Rover to the title of Luxury Car of the Year. It’s the third year in a row the S-Class has bagged the award.

Van of the Year 2016: Volkswagen Transporter 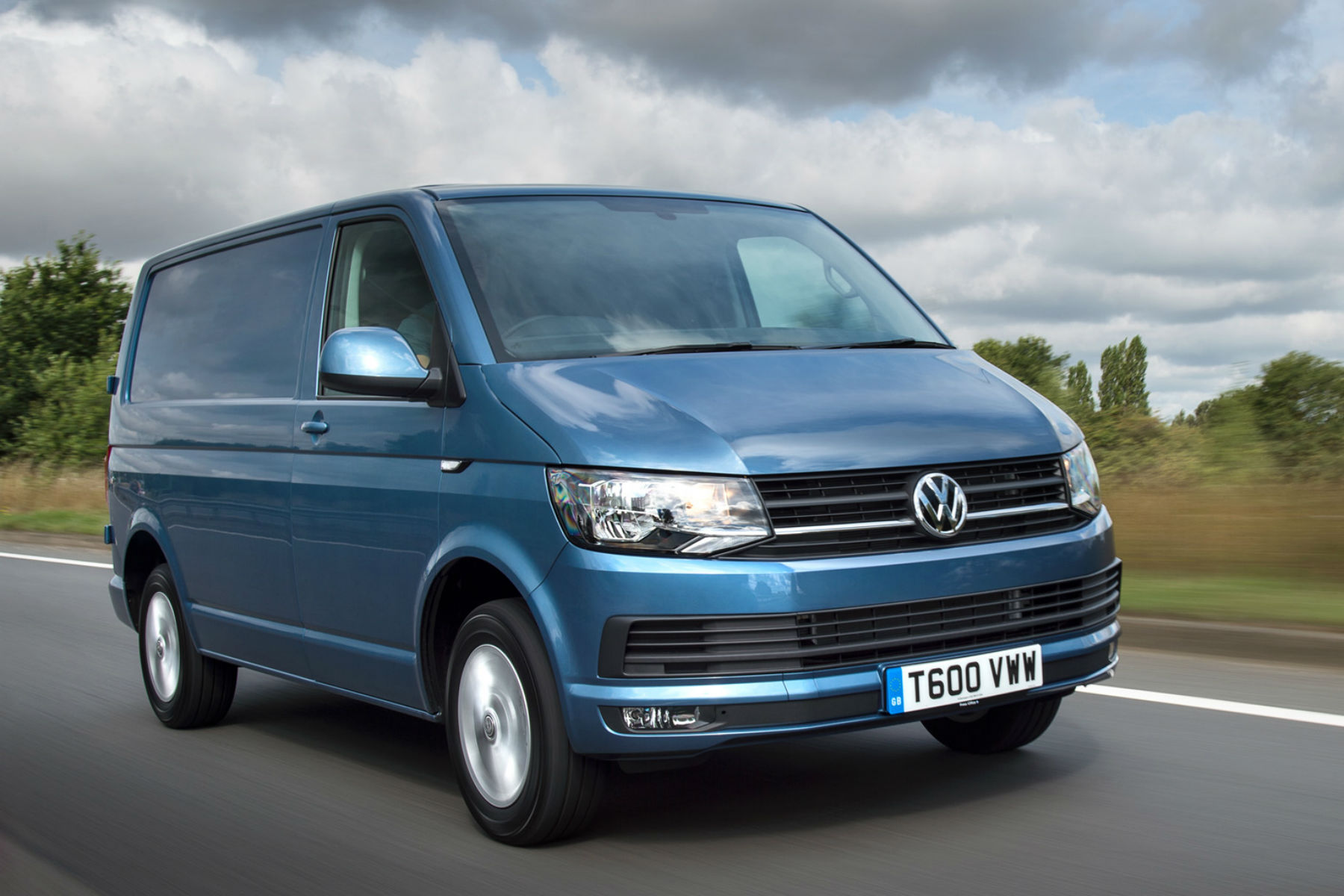 Vans are getting increasingly impressive, and the sixth-generation Volkswagen Transporter “is a big step forward in every respect,” says Auto Express. The Ford Transit and smaller Volkswagen Caddy were commended.

The pioneering Toyota Prius is now in its fourth generation, and behind those divisive looks is a genuinely impressive eco-car. With floor-mounted batteries lowering its centre of gravity, judges described the Prius as ‘surprisingly entertaining’.

The BMW i3 and new Kia Niro were both commended. 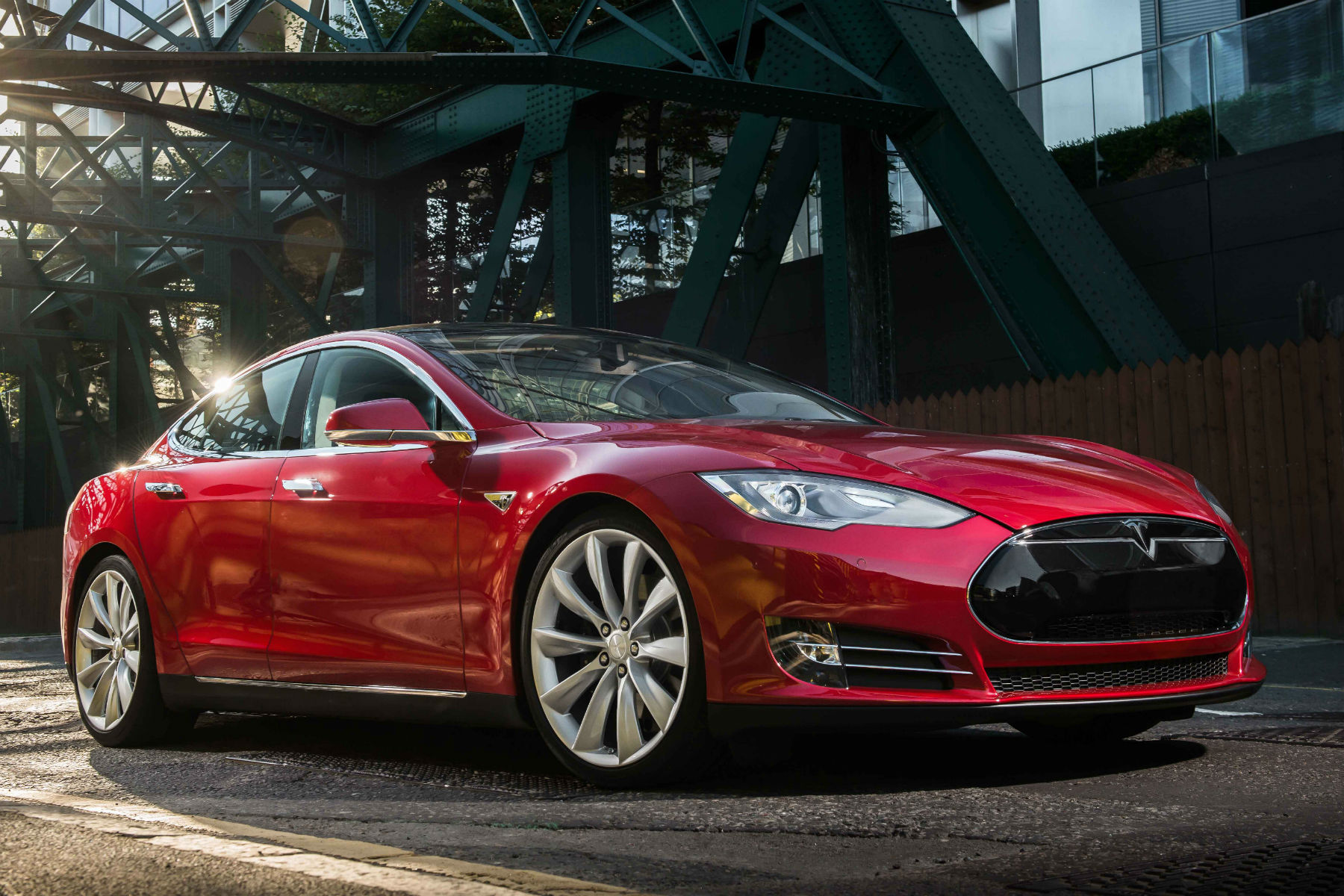 Driver Power is Auto Express magazine’s survey of owners to discover which are the best cars to live with day-to-day. The Tesla Model S made its debut in the survey this year, and scored a ‘quite remarkable’ satisfaction rating of 98%. The Tesla dominated seven of the 10 judging categories, with owners voting it best for running costs, performance, road handling, ride quality, ease of driving, practicality and in-car tech. In the remaining three categories, it finished fifth for seat comfort and reliability, with only build quality letting it down slightly. 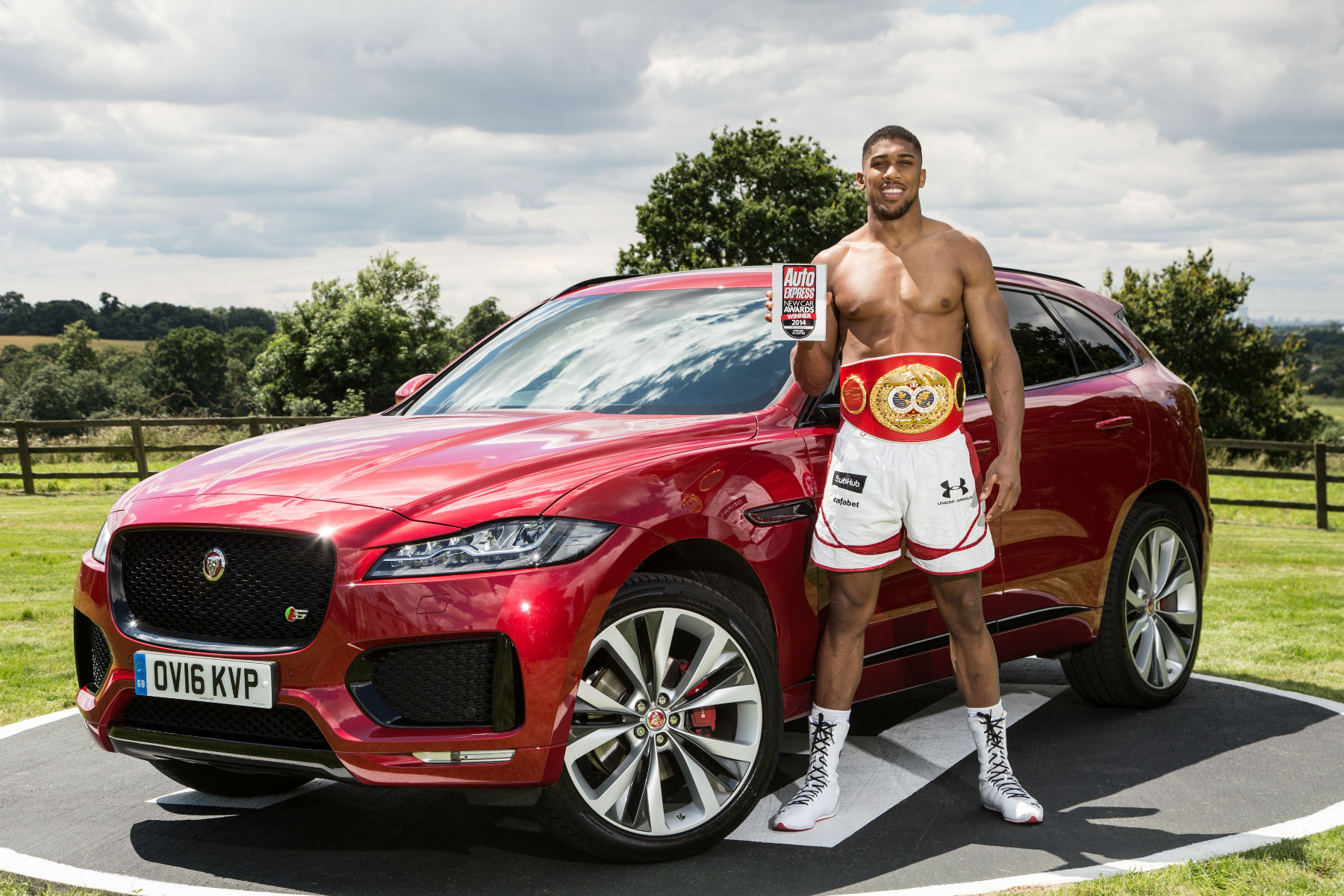 And so onto the overall Auto Express Car of the Year 2016: it has to be one of the category winners and, of them all, there is one obvious choice – the Jaguar F-Pace.

Jaguar’s fastest-selling model ever is a real triumph for the brand and genuinely is one of the very best compact SUVs you can buy. You won’t be disappointed by it and the only frustration with the F-Pace may be just how long you have to wait to get into one. Yes, it has a waiting list that reflects its desirability…