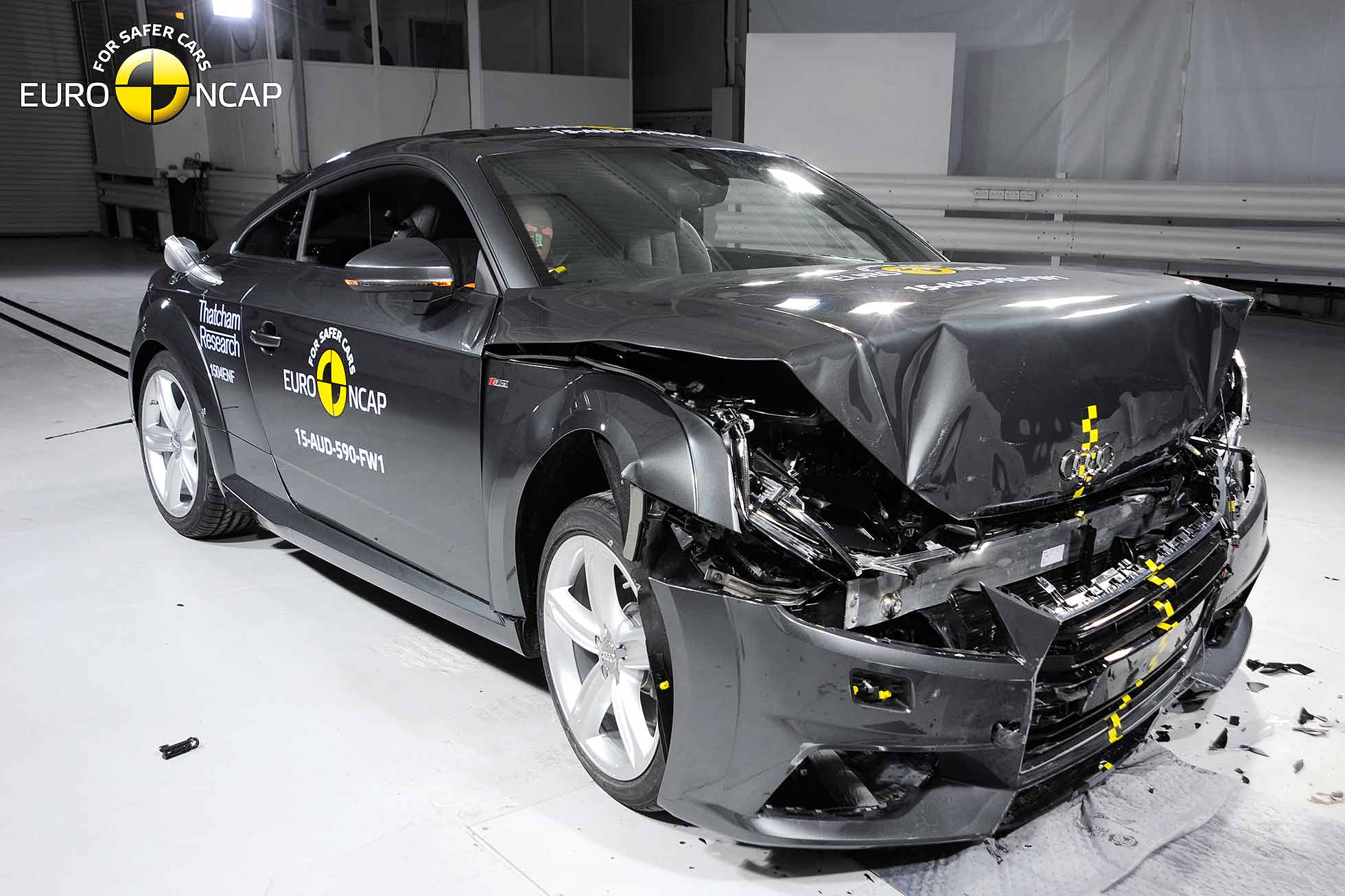 The 2015 Audi TT has scored a four-star rating in the first Euro NCAP crash tests of 2015 – one star less than buyers have become used to.

The TT performed very well in the adult protection test, with an 81 per cent score. It fared even better in pedestrian protection, with its active bonnet helping it achieve an 82 per cent score.

However, child protection and safety assist systems pegged it back to four stars.

The big issue with child protection was a simple lack of space in the rear to assess Audi’s recommended child restraints when the front seats are in the correct position.

Euro NCAP thus carried out separate tests with the front seats moved forward, and found the TT scored maximum points for protection of the three-year dummy.

But, it added, “the rear seats cannot accommodate several categories of child restraint as the upright seating position does not allow for a stable installation”.

In the safety assist test, Audi offers stability control as standard, plus optional speed limiters and lane departure warning devices, which was praised by Euro NCAP.

However, the TT doesn’t yet offer autonomous emergency braking in city centres (despite this technology being offered on the Volkswagen Up city car). Because of this, it was pegged back to a 64 per cent score in safety assist.

Audi may now submit the TT for retesting once lane departure systems are available: such an appeal last year helped Renault improve the Megane’s downgraded rating from three stars to four.