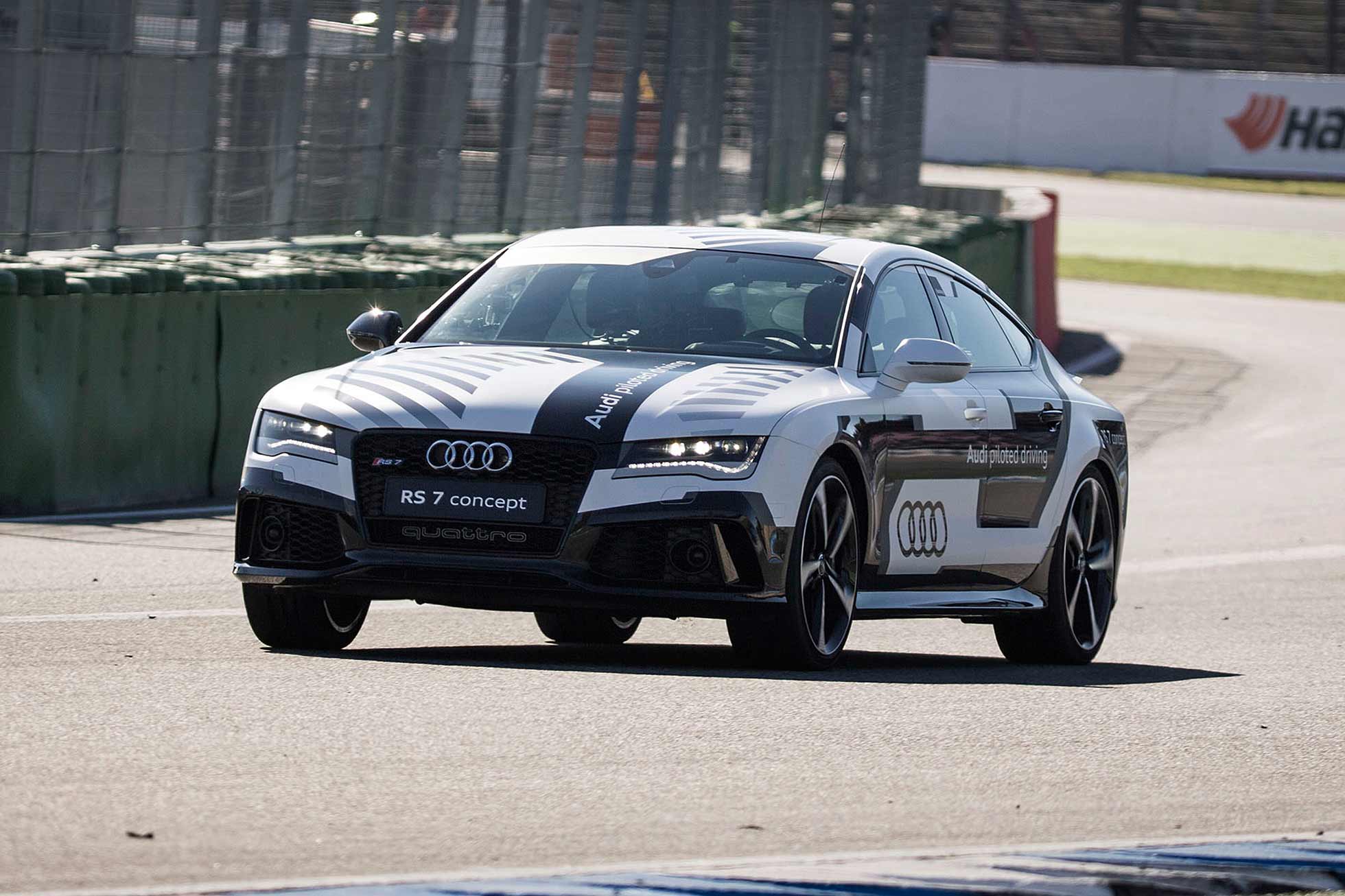 A driverless Audi RS 7 has lapped Germany’s Hockenheimring F1 track in a record-breaking time faster than a human driving the same car.

The demonstration run was part of Audi’s piloted driving development programme, with the car running at racing speeds of up to 150mph. The total lap time was just over two minutes – “piloted with high precision and accuracy to within centimetres” added Audi.

The computer-laden Audi RS 7 piloted driving car was laden with computers to ensure it could tackle the challenging Grand Prix without a driver (indeed, as the image above shows, without a passenger either). It uses a corrected GPS signal to position itself on the track; this is transmitted via Wi-Fi and high-frequency radio.

3D cameras also film the track and a computer compares the two positioning feeds against a data set stored on board. This, says Audi, is how the car is able to position itself with such accuracy.

It does, however, rely on the circuit already being scanned and mapped: driverless cars will only be able to run on roads that have already been analysed and logged. For this reason, despite the success of the driverless Audi, truly autonomous cars remain some way off.

But the latest Audi demonstration run shows how quickly the technology is developing. “The top performance by the Audi RS 7 today substantiates the skills of our development team with regard to piloted driving at Audi,” said Prof. Dr. Ulrich Hackenberg, board member for technical development at Audi.

“The derivations from series production, particularly in terms of precision and performance, are of great value for our further development steps.”

Audi is claiming the 149mph average speed for the Hockenheim lap sets a new driverless car record. The fact it used a 560hp RS 7 almost certainly helped here, but the computer technology must still be able to keep up with the high-speed demands.

For this reason, Audi’s latest autonomous car achievement may prove to be quite a significant achievement…