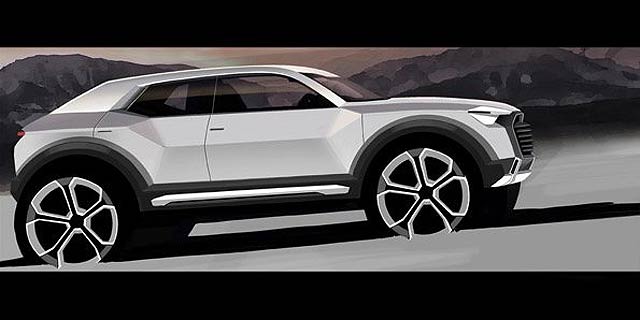 Audi has confirmed it will launch a model called Q1 – and the new junior SUV is set to go on sale in 2016.

The latest Audi Q car will be built in Ingolstadt, Germany, and will be based on the same MQB platform as the Audi A3 range that’s already assembled there.

“The Audi Q1 is part of our broad-based SUV strategy,” said Rupert Stadler, Chairman of the Board of Management of AUDI AG.

The new Q1 “will round off our Q series at the bottom end,” he added: although Audi is said to be planning a VW Up-derived city car, it won’t be making any micro-sized SUVs smaller than the Q1.

And how important will the sales contribution of the Q1 be to Audi? Vital. “The Q1 is a key component of our growth strategy,” said Stadler. There’s a lot riding on this compact SUV, which is expected to sell from around £17,500.

The introduction of the Q1 is part of Audi’s ambitious model growth plans. It already has 49 different products: by 2020, it wants to have more than 60. This will, believes the firm, help it achieve the 2 million annual sales mark.