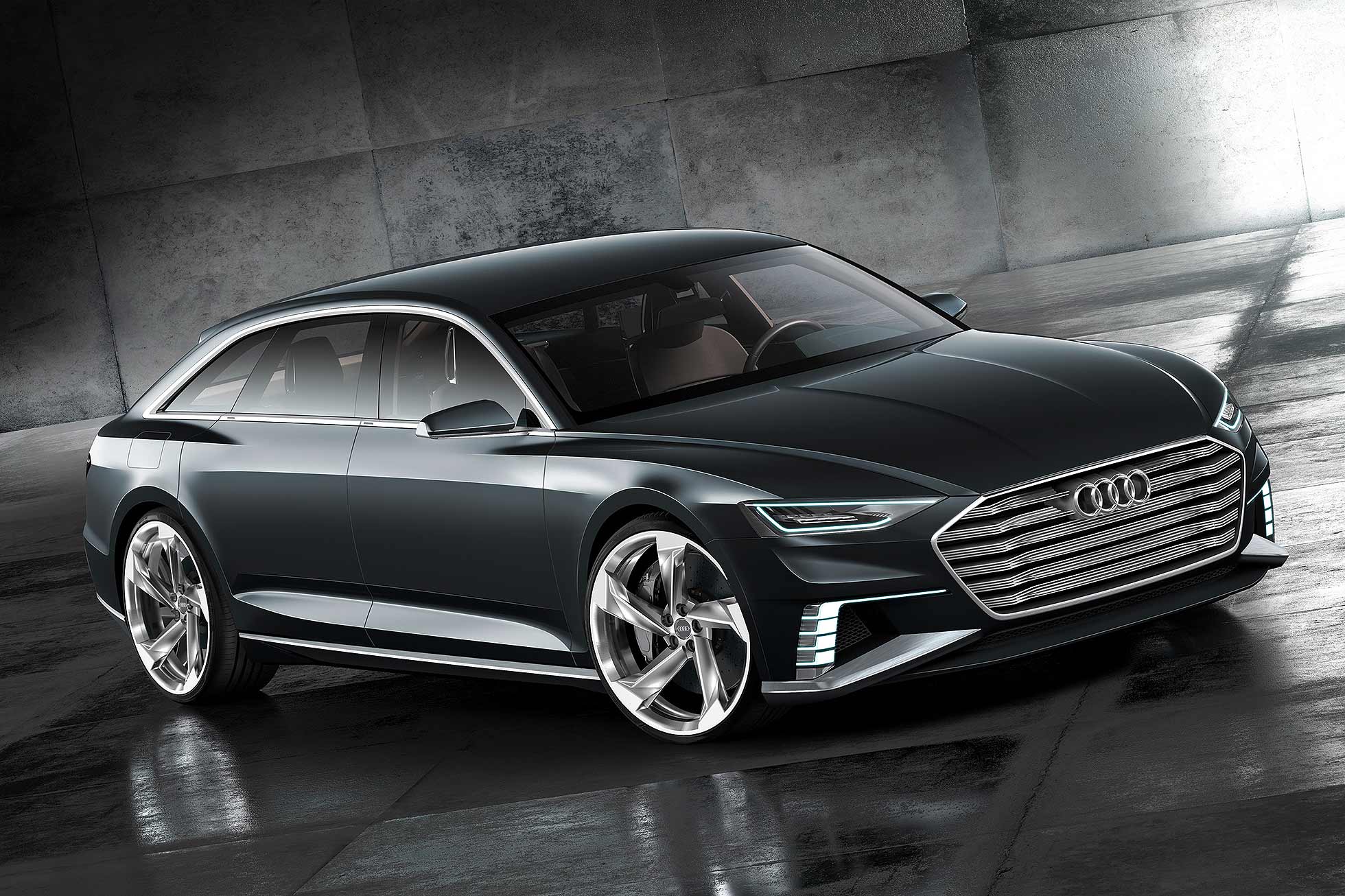 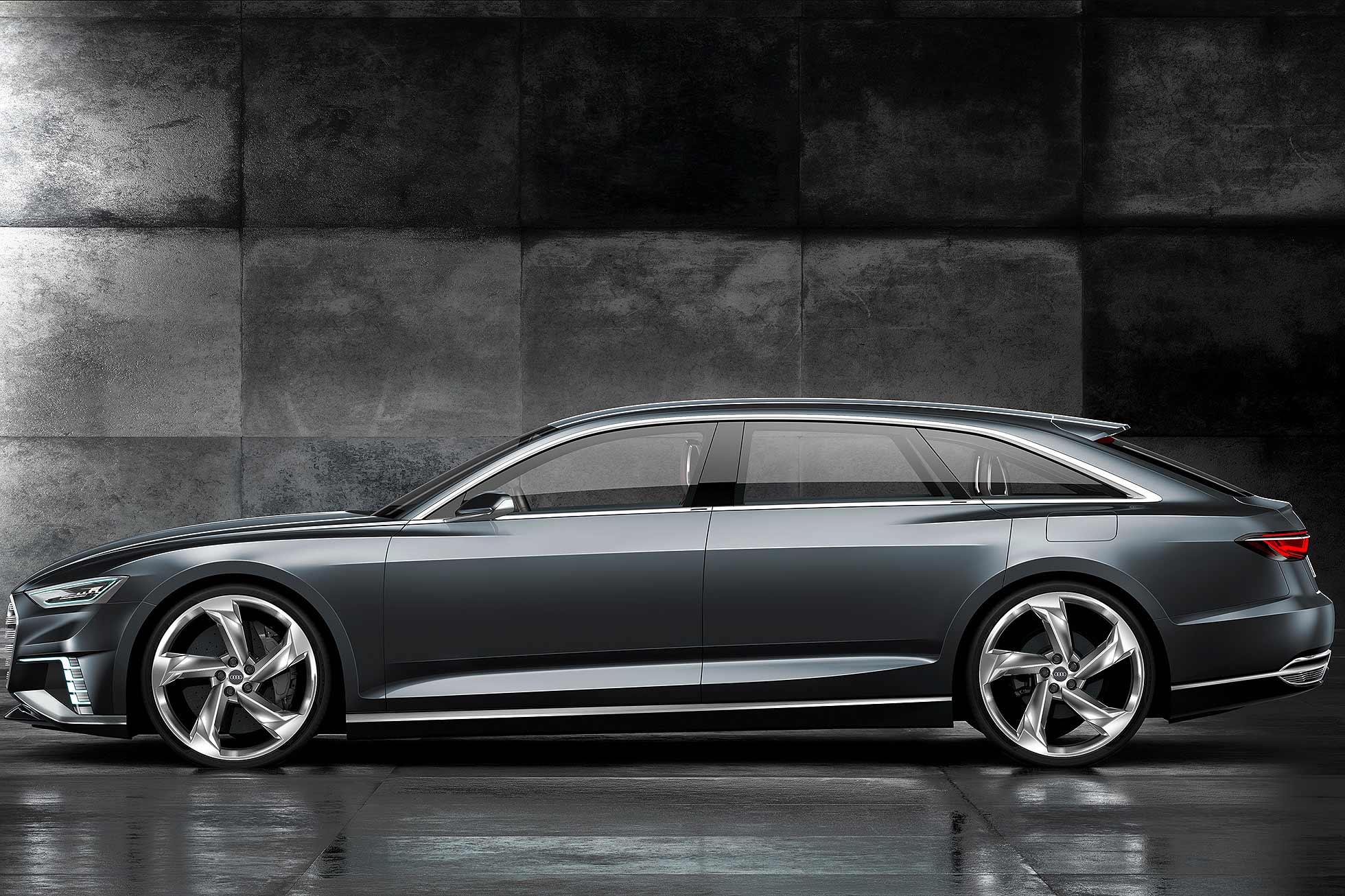 Over 5.1 metres long and almost two meters wide, the Audi prologue Avant is certainly a big car. Despite this, the ‘close to production’ e-tron drivetrain still manges 0-62mph in 5.1 seconds, thanks to its 455hp power output.

The 3.0-litre TDI V6 engine, derived from the forthcoming new Audi Q7 e-tron, is complemented by a powerful electric motor: plug-in capability for the batteries means the electric-only range is over 30 miles. 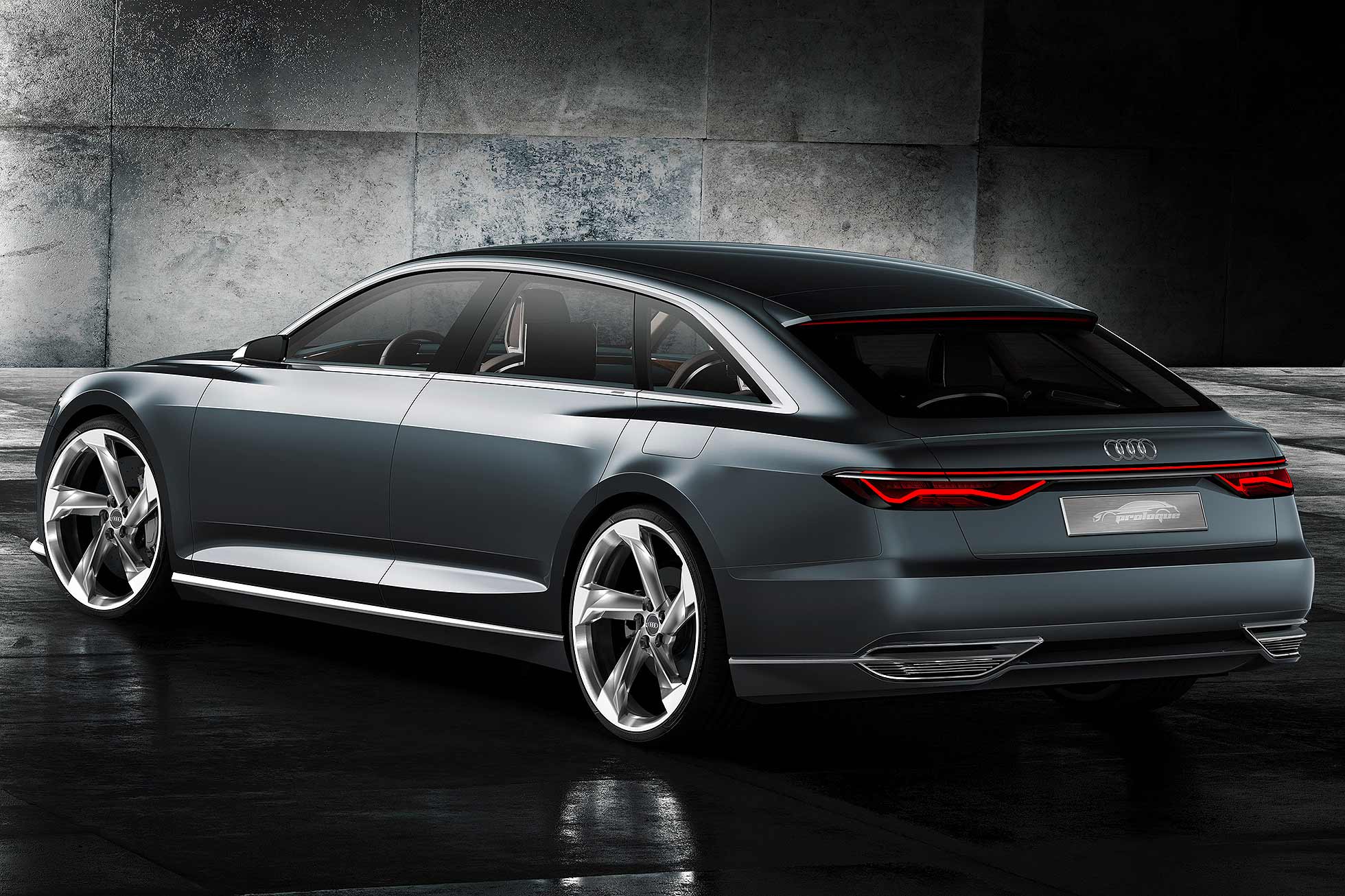 The prologue Avant naturally has quattro four-wheel drive, and also have a new rear-wheel steering system.

Designer Lichte admits he’s looked to Audi’s rich back catalogue for inspiration: most obvious are the Audi Quattro-style blisters on the wheelarches, but the flat D-pillar also harks back to the first production Avants of the 1980s. 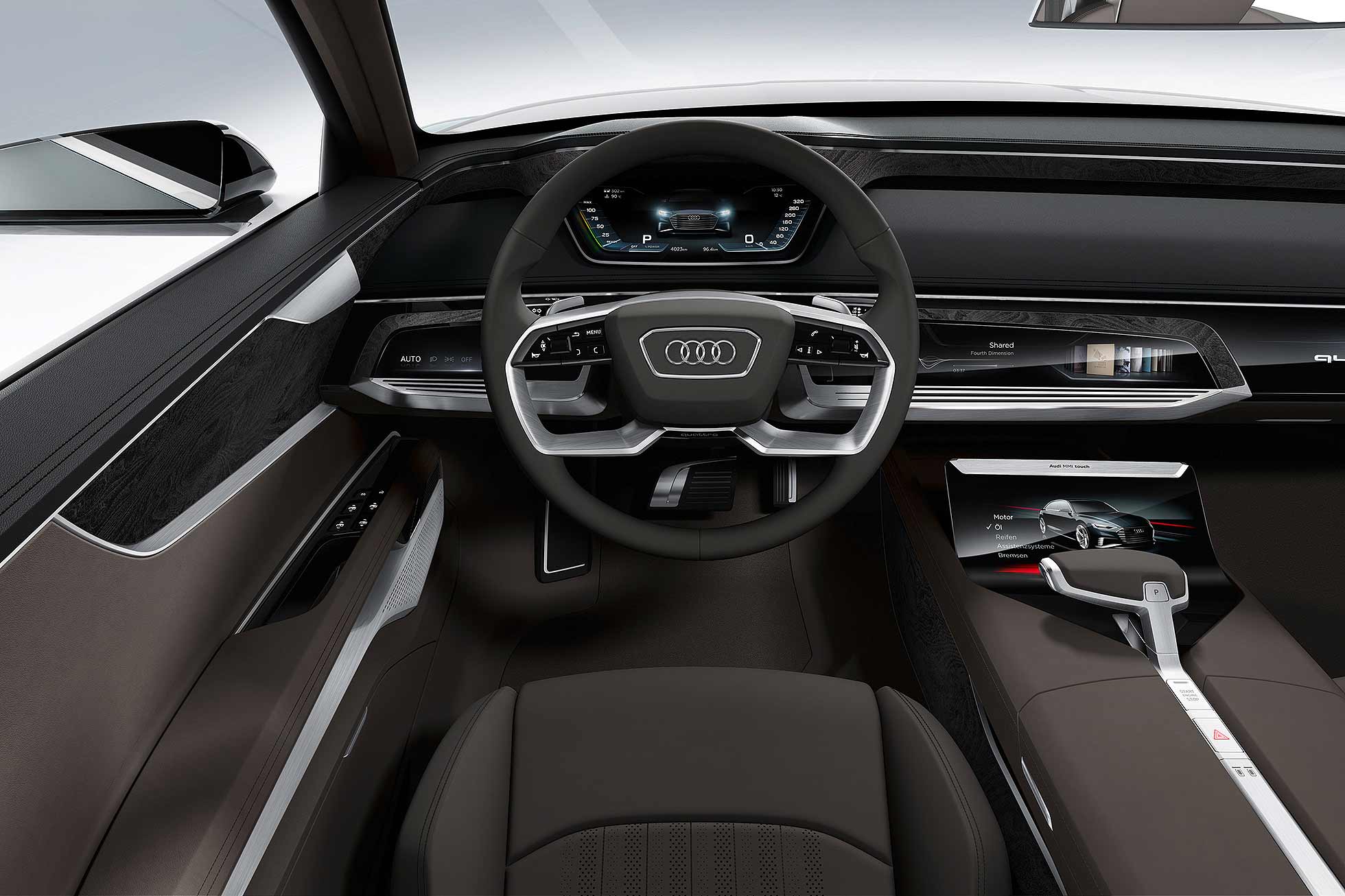 Inside, the prologue Avant shares the prologue coupe’s triple-touchscreen layout, albeit this time in a darker-accented cabin. Again, the new interfaces preview how Audi interiors of the future will look.

The firm’s also proud of the two tablet-style OLED displays in the rear, that allow back seat passengers to control infotainment and other systems. They’re modelled on the Audi Tablet device to be offered in the new Q7.