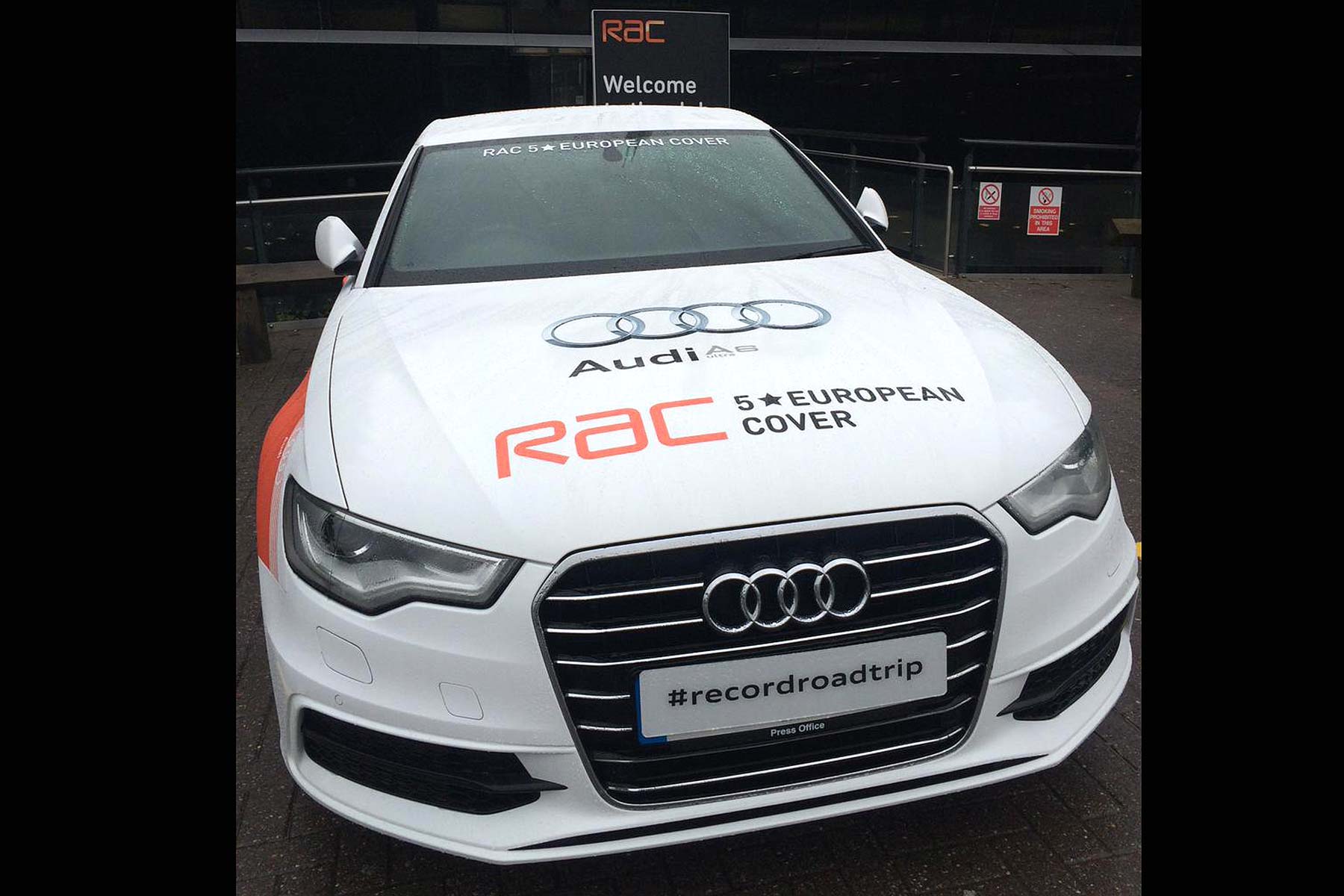 Audi and the RAC have teamed up to attempt a new world record for most countries visited on a single tank of fuel.

The suitably-named #RecordRoadTrip challenge begins on Tuesday 9 June in the Netherlands: the team will then drive through Belgium, Luxembourg, France, Switzerland, Lichtenstein, Austria, Germany and Italy.

The aim for the drivers, journalist Andrew Frankel and racer Rebecca Jackson, is to visit at least 10 countries but the RAC’s Simon Williams hopes it will be several more.

“The Audi A6 ultra can do 67.3 miles to the gallon so we are looking at one tank of diesel taking Andrew and Rebecca over 1,000 miles, but driving a route of this length is never going to be straightforward and there will no doubt be many challenges along the way.”

Audi’s head of PR Jon Zammett said the firm’s taking it very seriously. “With the RAC we are planning a serious record-setting run with all the detailed planning you would expect from a German car maker.”

The RAC is sending assistance in advance, too: the RAC’s new Patrol Ambassador of the Year, Ben Wilson from Manchester, will follow the record-attempt car all the way from the Netherlands to wherever it eventually runs out of fuel.

Oh, and if you’re wondering why the British team is starting in the Netherlands rather than the UK, that’s because Guinness World Record rules say they must: no ferry or Channel Tunnel rail crossings are allowed…