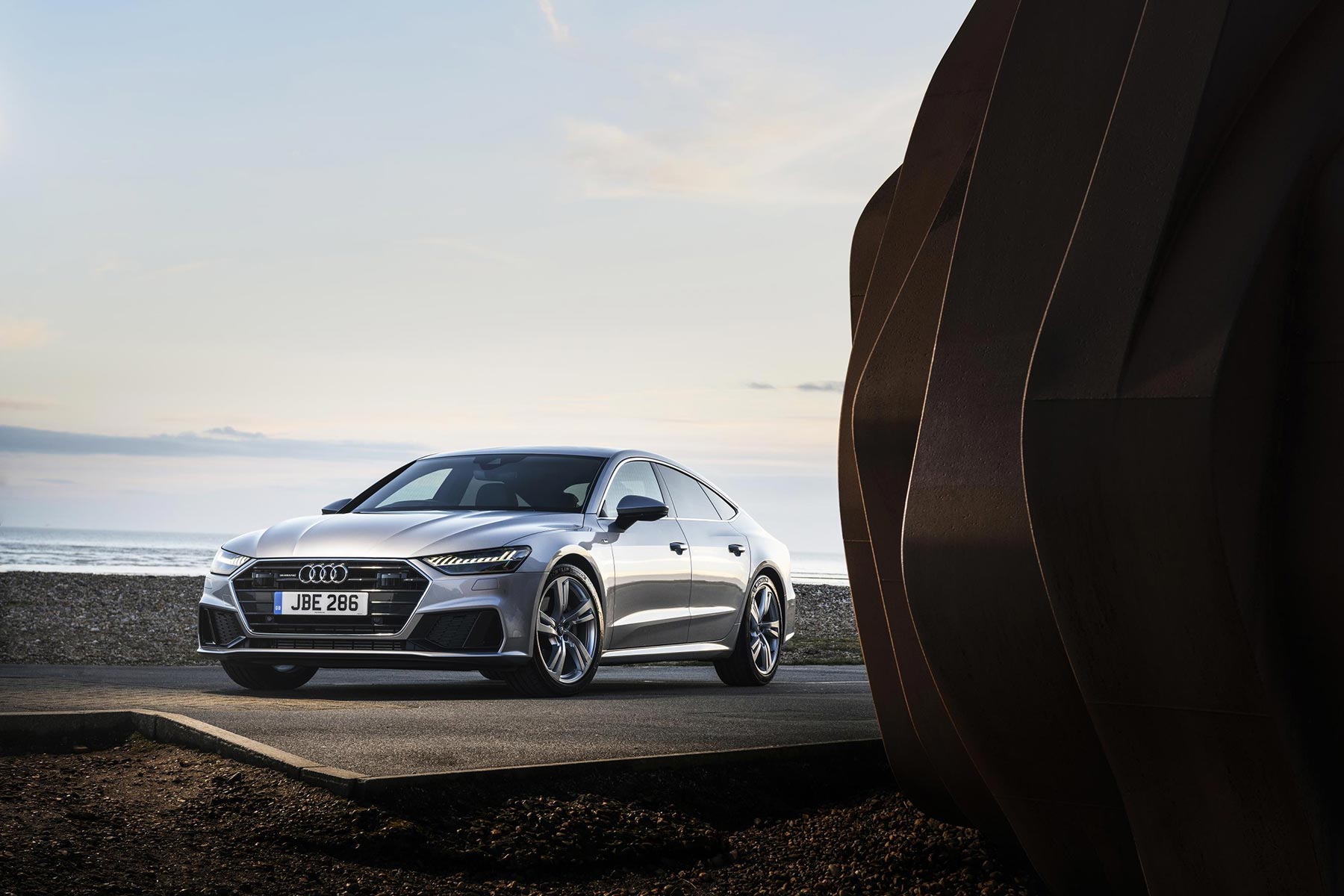 On the same day that Transport Secretary Chris Grayling MP stated he believes diesel has a ‘valuable role’ in the right circumstances, Audi added an additional diesel model to the A7 Sportback lineup.

Although clearly planned before Grayling’s comments, it’s a reminder that not all manufacturers have abandoned the notion of diesel power. In fact, the 3.0-litre V6 TDI engine in this ’45’ power output level A7 features mild-hybrid technology, and has been subject to the new Worldwide Harmonised Light Vehicle Test Procedure (WLTP) fuel consumption and emissions regime.

Performance under the WLTP tests show a potential for a combined 50.4mpg, with CO2 emissions rated as 147g/km. Respectable numbers for a sizeable car with 228hp and 369lb-ft of torque, and one that sends power to all four wheels via a Quattro drivetrain. An eight-speed automatic gearbox is standard, whilst 0-62mph takes 6.5 seconds, with top speed limited to 155mph.

Audi claims that the 48-volt mild-hybrid system fitted to the A7 Sportback 45 TDI Quattro is the star of the show, creating fuel savings of 0.7 litres per 100 kilometres. In real-world conditions, this is achieved by shutting down the engine whilst coasting at speeds between 34 and 99mph. A lithium-ion battery is also available to store power generated during recuperative braking, further boosting efficiency.

Of note is the stop-start system, which makes use of the standard-fit front camera. In traffic, this is used to recognise when the vehicle in front has started moving, starting the engine back into life when needed. The stop-start system is also able to work at speeds of up to 13mph.

Available to order now, £52,240 marks the starting point for 45 TDI Quattro Sport models, with S Line pricing beginning at £55,140. The rest of the A7 Sportback range includes the more powerful 50 TDI Quattro diesel, and the 55 TFSI Quattro turbocharged petrol model.