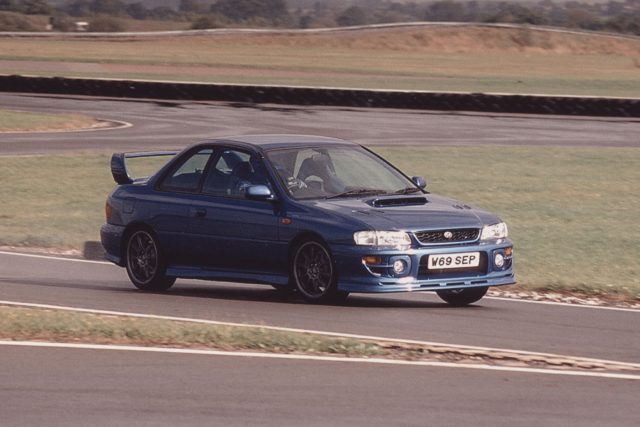 Without the benefit of hindsight and a crystal ball, it’s almost impossible to predict which classic cars will rocket in value in the coming years. However, a little specialist advice can go a long way, which is why we turned to expert Michael Squire for help.

As car specialist at RM Sotheby’s, Michael sees some of the world’s most prestigious vehicles pass through the auction houses of Europe. So he’s well placed to spot the latest trends and emerging classics.

Modern classics are certainly the order of the day, as highlighted by the prices being achieved by certain fast Fords, selected Porsche models and the Peugeot 205 GTI. Michael expects this trend to continue.

“The outlook is generally good, low-production models of the 80s and 90s continue to set world records, while cars of earlier periods have taken a breath. This is very much a continuing trend of the past year or so.

“As buyers have become more informed they’ve also become more astute in terms of buying quality examples and being prepared to pay for them. In contrast to this, average examples have become a little less saleable, and the value gap between the two will continue to grow.”

We asked Michael to name his top six cars for investment potential, with different price brackets to ensure there’s something to suit all pockets. 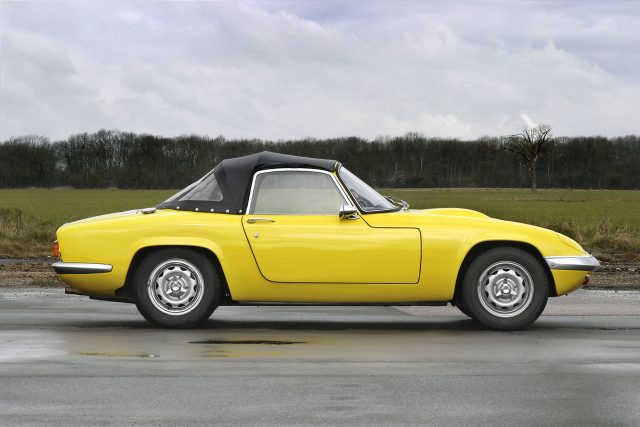 The original Lotus Elan of 1962 was a revelation and a revolution. Of all the cars to roll out of the Hethel factory, the Elan is perhaps the one that is most faithful to Colin Chapman’s ‘Simplify, then add lightness’ philosophy.

It was lightweight, meaning Lotus could extract the maximum potential from the Ford-sourced 1,558cc twin-cam engine, while the race-spec wishbone suspension was a huge leap forward in an age of live rear axles.

In so many ways, the Lotus Elan provided the blueprint for all future roadsters, to the extent that Mazda based the original MX-5 on Norfolk’s finest. Even today, few sports cars are as pin-sharp and responsive as the tiny Elan.

The £25k budget won’t stretch to a standard Elan or a Sprint, but you should be able to find the larger, but no less engaging Elan Plus Two. 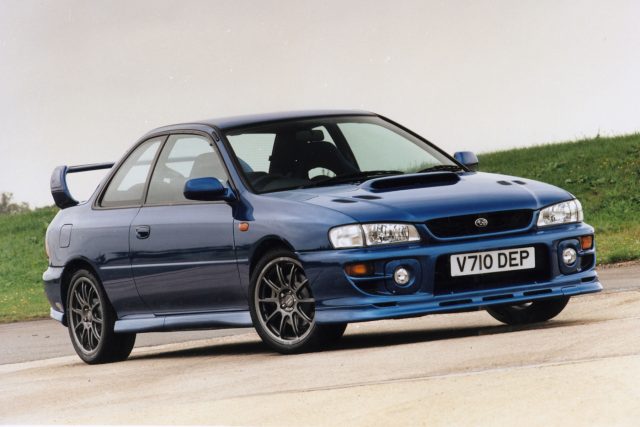 Homologation specials have always been in demand, but Michael Squire believes two Japanese icons are set for a surge in value.

Available for just two years at the turn of the millennium, the Mitsubishi Evo VI was powered by a 2.0-litre turbocharged engine producing 276hp, although it was incredibly easy to extract a monster amount of power with the help of aftermarket tuners.

As Michael points out, the key to wise investment is to find an original car, especially if it’s a Tommi Makinen edition, considered by many to be the holy grail of Evo specials.

The Evo’s arch-nemesis is, of course, the Subaru Impreza, with Michael referencing two special editions as being good investments. The P1 was the UK’s first official two-door Impreza, with Subaru turning to Provide to produce 1,000 units.

Alternatively, Michael points to the RB5 as another Impreza with investment potential. A mere 444 models were built to celebrate the return of Richard Burns to Subaru’s rally team. Exclusivity, and the link to a British motorsport legend, should ensure prices start to rise. 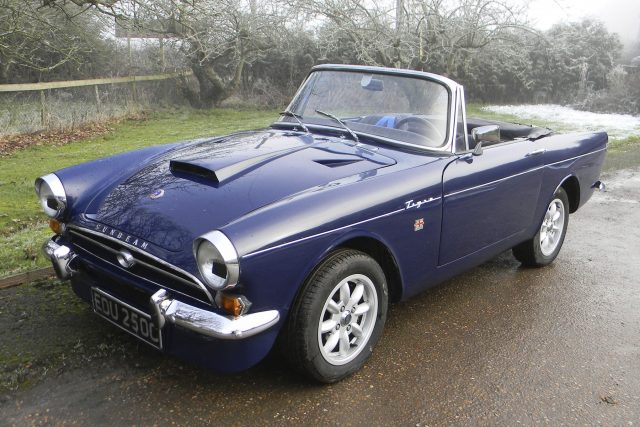 More than a few eyebrows were raised when Rootes decided to squeeze a 4.2-litre Ford V8 engine into the Sunbeam Alpine. Even taking into account the success of the AC Cobra, this seemed like an unlikely pairing.

The result was the Sunbeam Tiger, which looked like a standard Alpine, aside from the wider wheels and Tiger badges. Although the suspension and steering were modified, this wasn’t enough to create a razor-sharp sports car.

An improved MkII version arrived in 1967, complete with a larger 4.7-litre engine, by which time Chrysler had taken control of the Rootes Group. The writing was on the wall for the Tiger, with Chrysler unable to replace the Ford engine.

Only 12 right-hand-drive MkIIs were ever built, which is why the investment potential for this model is so strong. 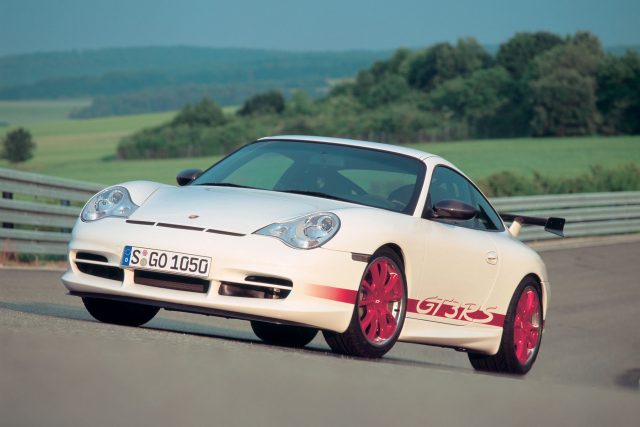 “Porsche is the most discussed of all the marques at the moment. RM Sotheby’s in particular has produced some extraordinary results for the marque recently, especially for rare and very original examples of the 90s,” said Michael.

It was 50kg lighter – 70kg if you opted for ceramic brakes – while a host of homologation touches and a white-tube rollcage meant that it felt every inch the track-day car for the road. Only 682 were ever built, making it one of the most sought-after and rarest 911s in the world. 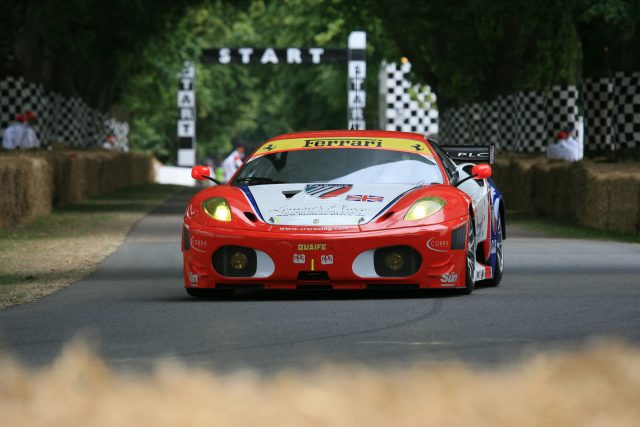 This includes cars such as the Ferrari F430 GT2, which was based on the road car and designed to compete in international GT2 class competition, such as Le Mans, American Le Mans and the FIA GT Championship.

Alternatively, assuming you have the funds, you might wish to consider the 360 GTC. It was developed in collaboration with Michelotto Automobili, with composite bodywork helping the it tip the scales at just 1,100kg. Power was sourced from a 3.6-litre V8 developing 450hp. 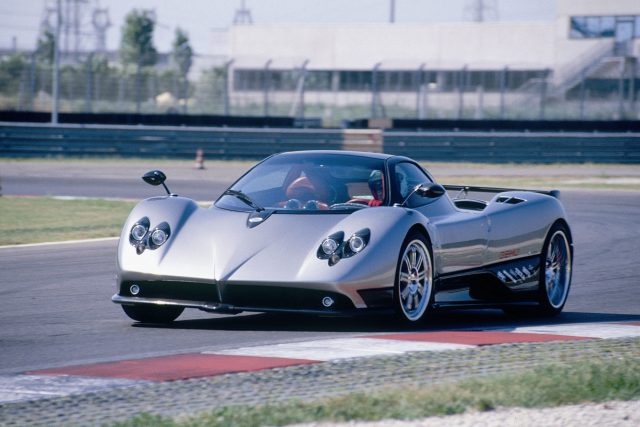 The Pagani Zonda doesn’t appear in too many auction catalogues, hence Michael’s remark about finding one. Annoyingly, when a Zonda is for sale via a dealer, it’s usually accompanied by a ‘POA’ notice. If you have to ask the price…

But what advice does Michael have for anyone hoping to attend a classic car auction for the first time? Whether you’re after an Elan or a Zonda, the same principles apply.

“If you’re interested in buying at an auction and you’re unsure as to the process then contact the auction house, especially if you have questions about a car. In order for you to bid, you will need to register beforehand so give yourself plenty of time to do this, and most of all read the terms and conditions,” advises Michael.

RM Sotheby’s next auction is Villa Erba on 27th May, held in association with the Concorso d’Eleganza Villa d’Este on the shores of Lake Como. So far, none of the cars listed by Michael appear in the catalogue, although a 2014 LaFerrari is set to go under the hammer.