Aston Martin is the star marque at Goodwood Festival of Speed 2019 – and will be celebrating 60 years since its famous 1-2 victory at Le Mans.

In addition to taking over the central feature, Aston is also launching special liveried versions of the Vantage supercar. The designs are influenced by nine decades of racing history.

Six unique Vantages have been created by the company’s bespoke ‘Q’ division, each sporting a colour-matched livery. They pay tribute to cars from 1923 to 2019 and there will be 60 cars made available. Here are your choices:

Those who watch endurance racing will recognise the lurid AMR colours on the ‘Next Generation’. This is Aston’s latest racing look. The car is yet to find its feet at Le Mans like its predecessor, but Aston is tenacious. It’ll be fighting in all classes at Le Mans in 2021, when the Valkyrie goes for the outright win.

By stark contrast, ‘Record Breaker’ pays homage to the oldest racing car to offer inspiration for this collection. The 1923 Razor Blade set two class records at Brooklands in 1923. The green is matched exactly to the original’s chassis, while the silver is a nod to the alloy body of the near-100-year-old racer.

Bringing it back to nearly modern-day is the Gulf livery on the ‘Le Mans winner’ Vantage. This scheme, while also being the most recognisable, pays tribute to the 2007 and 2008 wins that the DBR9, so coloured, brought home at the 24-hour race.

Taking it back to 1935 is the bright red ‘Italian Progettista’. It’s a tribute to the Ulster that finished third at Le Mans in 1935.

One of Aston’s lesser-known race projects was its Group C programme. The AMR1 took to the series in 1989 with a carbon tub and course-rippling aero. The white with red and blue flashes pays tribute to the 30-year-old top-flight machine.

This car in yellow and green livery pays tribute to a very famous DB3S racer.

It’s not all about flashy race-inspired paint schemes, though. The cars also feature a new aero kit comprised of a carbon spoiler, dive planes and an extended front splitter.

All in, the kit adds 194kg of downforce at 190mph. The aero package won’t remain exclusive to these heritage cars, however. It will soon be available for all Vantage customers. 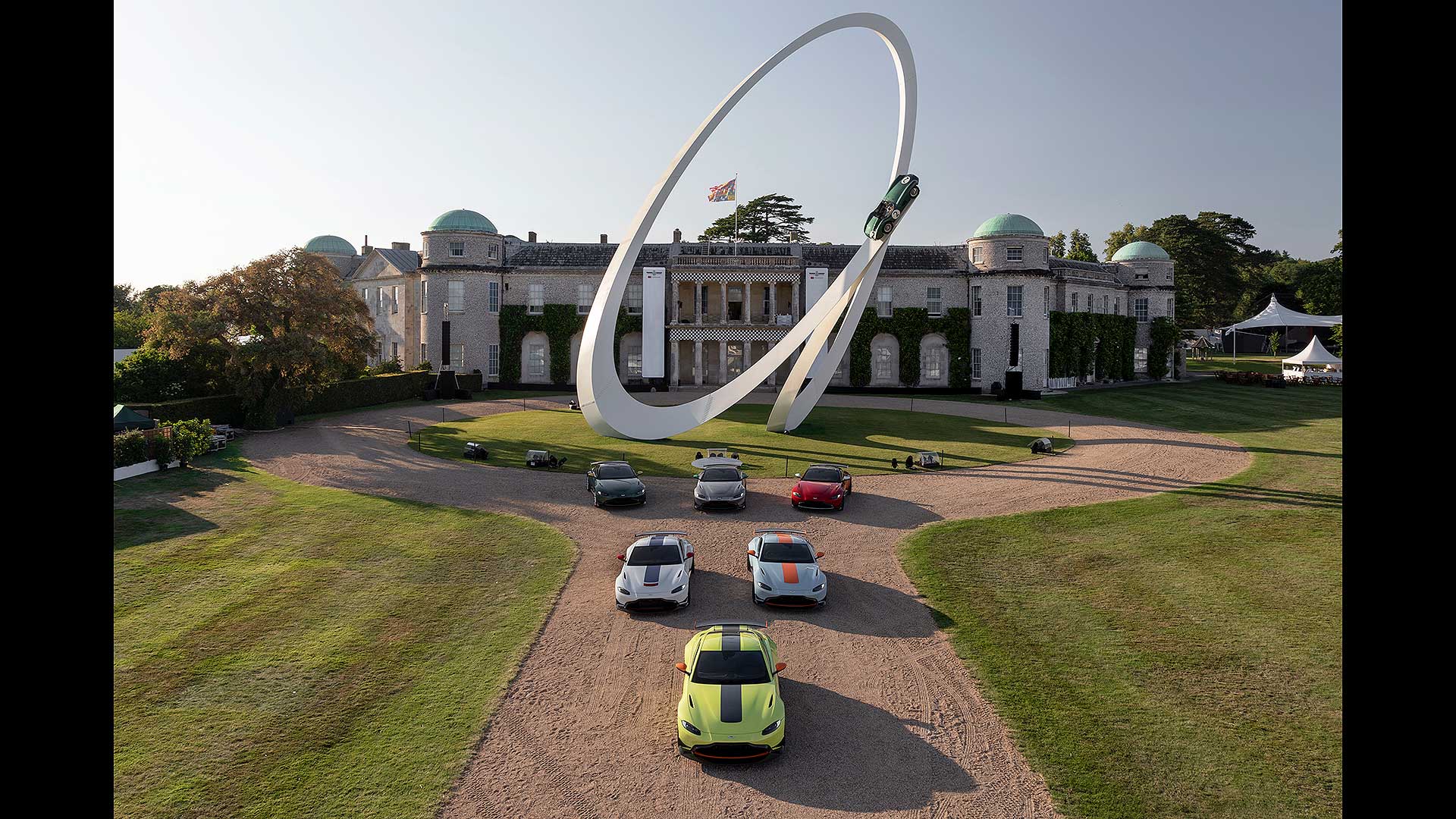 Each of these new Astons will be displayed under the central feature over the course of the weekend, but the real star car isn’t actually represented by a modern livery. It will be on the central feature, though. It is, of course, the 1959 Le Mans-winning DBR1.

“It is a great honour to be celebrated at Goodwood Festival of Speed this year,” said Andy Palmer, CEO of Aston Martin.

“Racing is a crucial component in Aston Martin’s DNA and it is something that we have pursued since the inception of the company more than 100 years ago. We have raced all around the world but the core passion and commitment that we’ve displayed has remained the same since our first race on Aston Hill.”