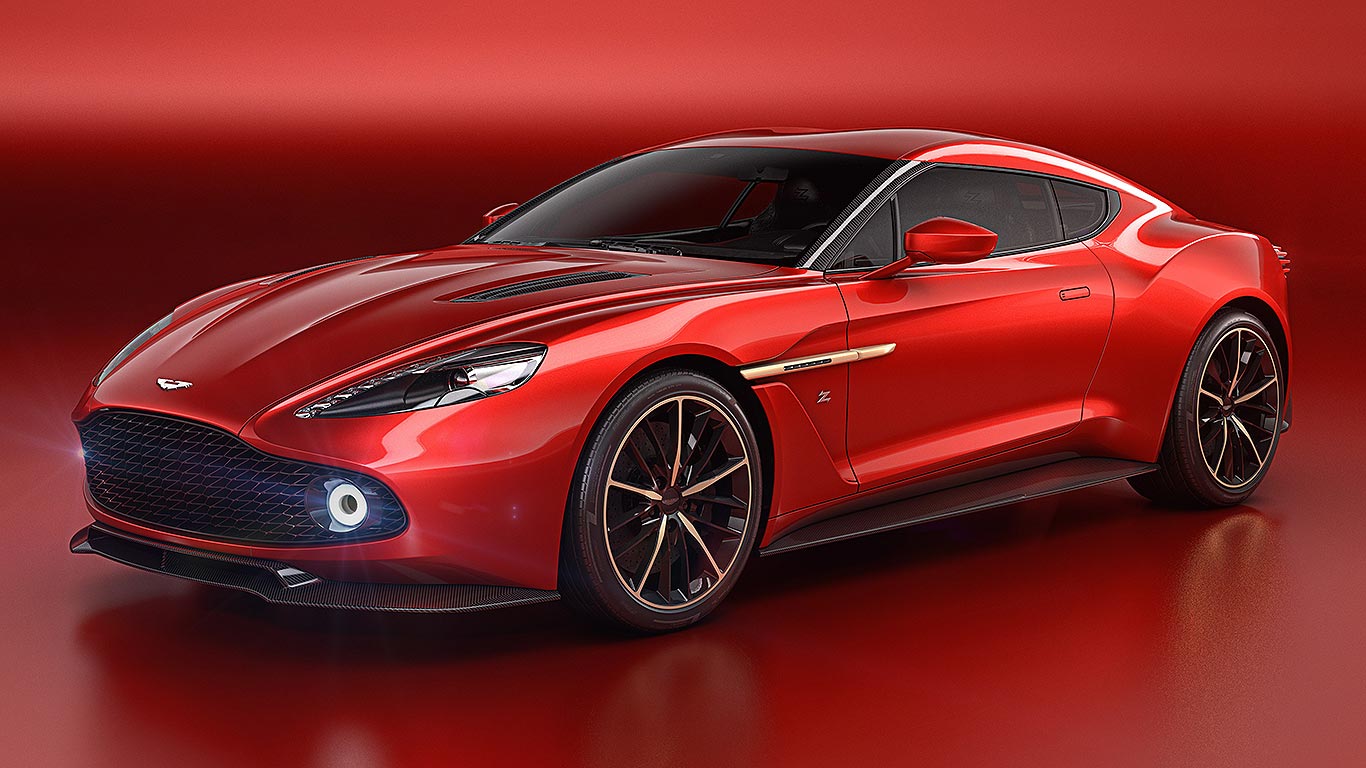 Aston Martin has revealed these pictures of its latest creation from the firm’s long-standing partnership with Italian design house Zagato.

Shown ahead of its official global debut at the 2016 Concorso d’Eleganza Villa d’Este, the Vanquish Zagato arrives fives years after the Vantage-based V12 Zagato.

The Vanquish is just a concept, for now – although we expect a small number will be produced for Aston’s wealthier clientele.

Aston Martin’s executive vice president and chief creative officer, Marek Reichman, said: “Over the years, we have developed and refined our own design language and we have always gone that little bit further with our special series cars like CC-100, One-77 and Aston Martin Vulcan. The Vanquish Zagato Concept shows how our two companies can come together and push the definition of Aston Martin design.” 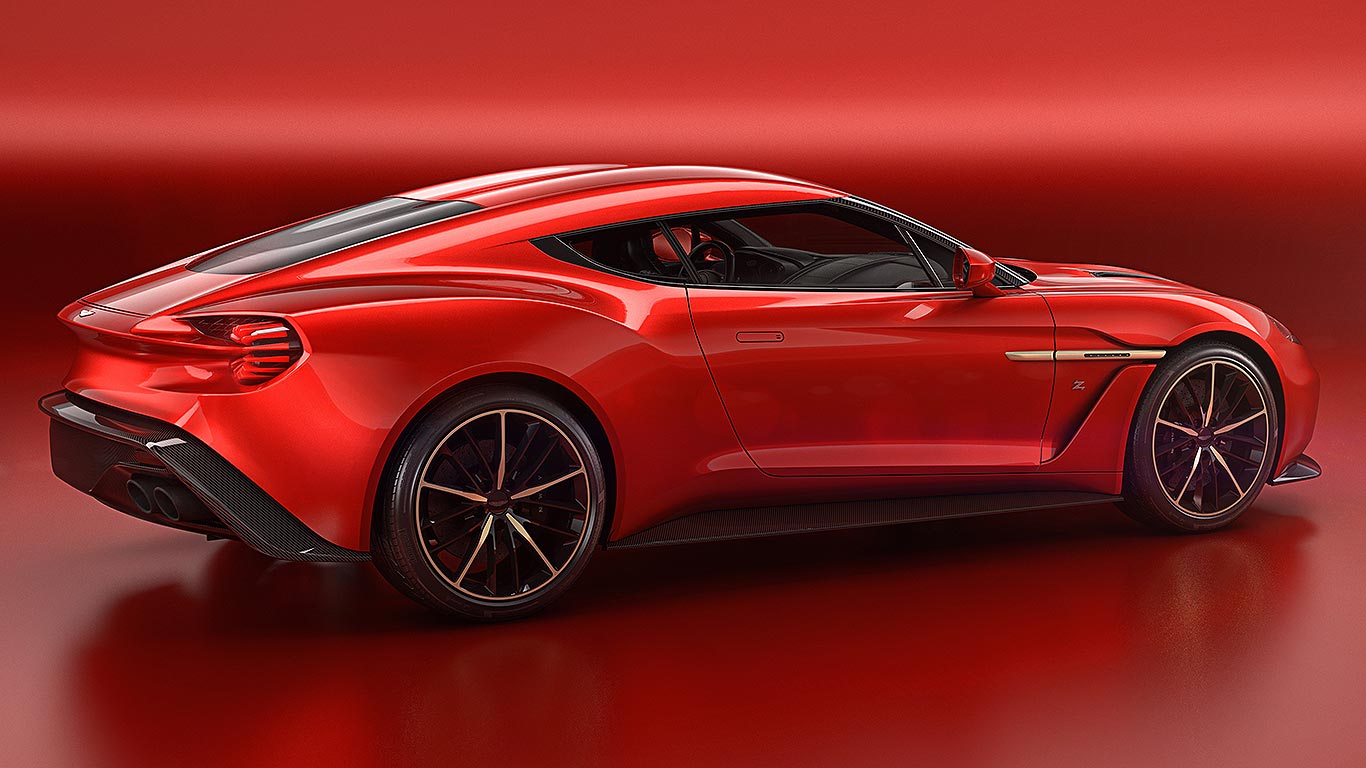 Designed and engineered at Aston Martin’s headquarters in Gaydon, Warwickshire, the Vanquish Zagato in the latest in a long line of Astons designed with the help of Zagato – a partnership that started with the 1960 DB4 GT Zagato.

Zagato’s CEO, Andrea Zagato, added: “We pride ourselves on our strong partnership and the creation of the Vanquish Zagato Concept was a true shared experience. It represents the essence of an important design relationship that dates back over fifty years.”

The Vanquish Zagato concept features design elements from other modern Astons – including One-77 inspired door mirrors and a rear end similar to that of the DB11.

It features an ‘aggressive stance’, the firm says, thanks to carbon fibre sills running around the lower body and a visor-like ‘glasshouse’. 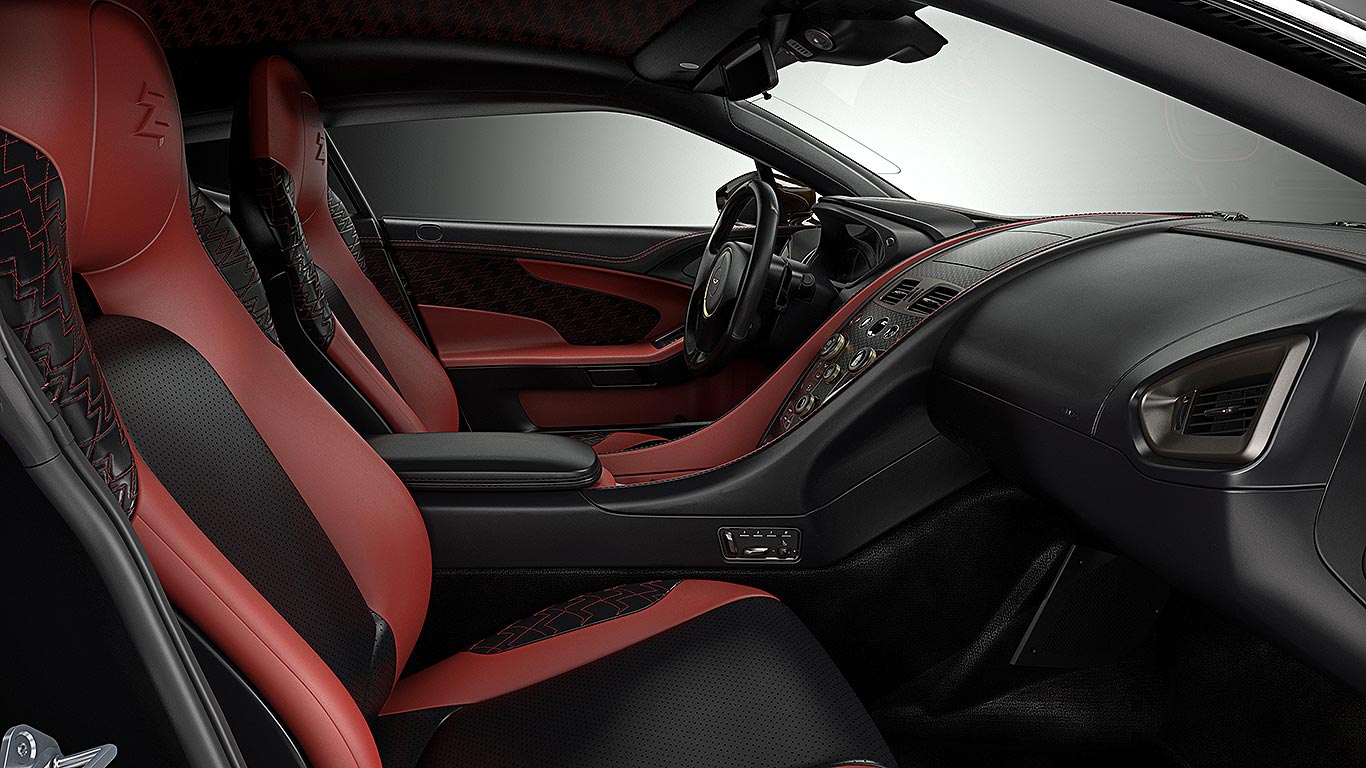 In true Zagato tradition, the Vanquish features a ‘double-bubble’ roof – a nod to the early Zagato Astons which needed to accommodate racing helmets.

It’s not all about appearance, however. Power has been increased to 600hp – an increase of 24hp over the regular Vanquish – although no performance figures have been revealed.

Inside, the Vanquish Zagato Concept features splashes of Herringbone carbonfibre, along with a unique ‘Z’ quilt pattern stitch on the seats and door sections – as well as the Zagato ‘Z’ embossed on headrests and stitched into the centre console.

We’ll see the Aston Martin Vanquish Zagato in the metal for the first time at the Concorso d’Eleganza Villa d’Este, held at Lake Como in Italy from 21 – 22 May 2016.