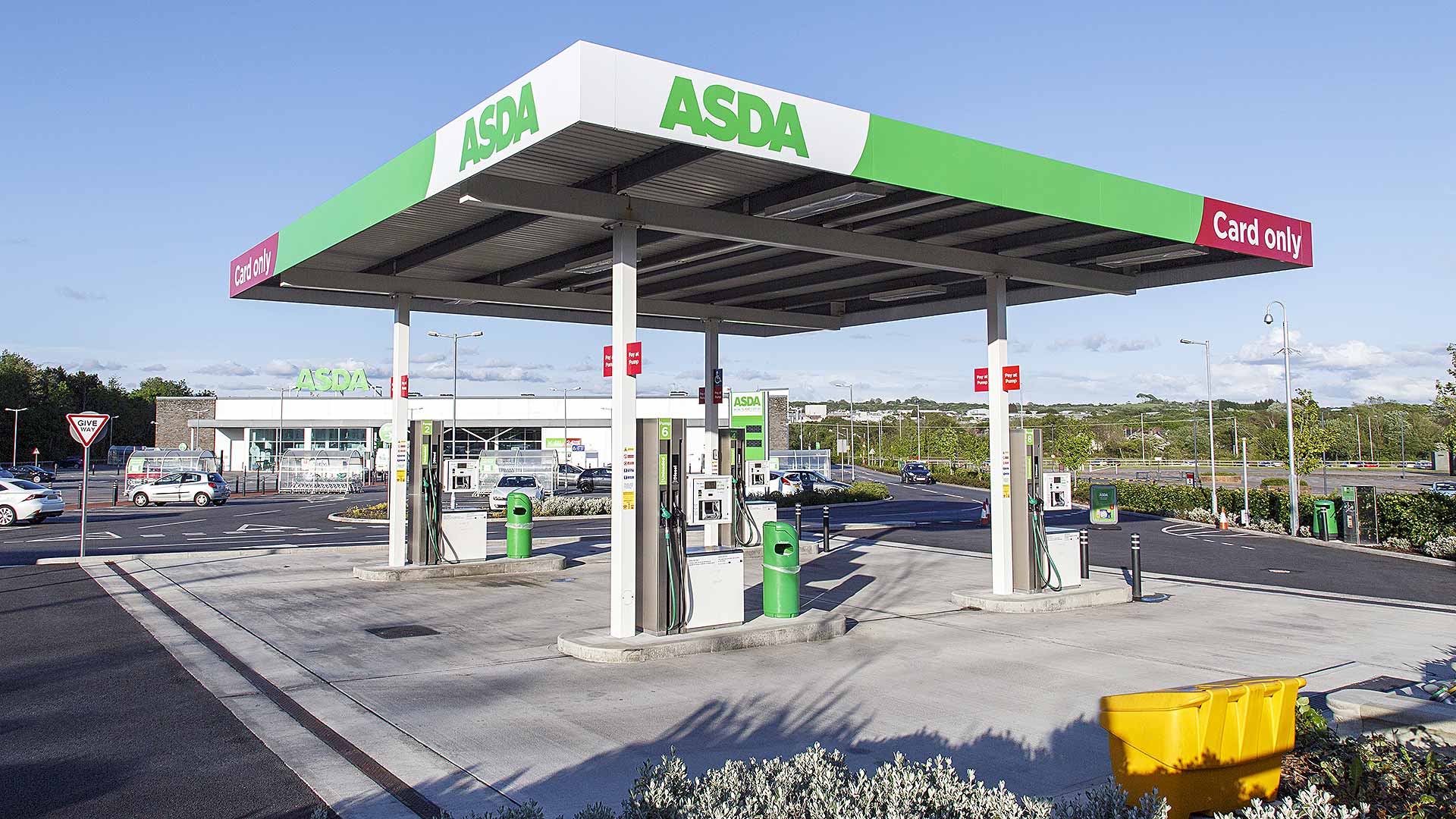 Asda is the cheapest supermarket fuel retailer in Britain. To make sure it holds onto its title, it is cutting pump prices once again on Tuesday 7 January.

It will be the seventh price cut Asda has made since October 2018.

This takes the nationwide maximum price of petrol at Asda to 113.7p per litre. The most Asda customers will pay for diesel is 123.7p.

We’re cutting the price of unleaded petrol by 1p per litre and diesel by 2p per litre tomorrow. Our national price cap means motorists will pay no more than 113.7ppl for unleaded and 123.7ppl for diesel. It’s our seventh fuel price drop in the last three months. pic.twitter.com/1DUkyFZsD8

We have continued decreases in the wholesale cost of fuel for the price cuts, says the company. Since October, the price of unleaded has fallen by 14p per litre, and diesel has dropped by 11p.

RAC fuel spokesperson Simon Williams said the cuts were “very welcome news, but the big question is whether the other supermarkets will respond and drop their prices sufficiently at all of their sites.

“Drivers badly need the supermarkets to start competing on price again as the so-called price war has been ‘cold’ since the middle of October. If this doesn’t happen, the today’s Asda cut will not lower the average price of petrol and diesel across the country by as much as it should.

“The price of petrol at other supermarkets is currently about 3p more expensive than Asda… there is some catching up to do.”