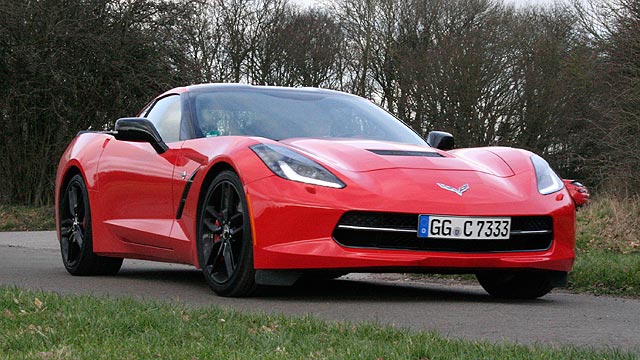 I’m really not a Corvette sort of person. In fact, and I’m slightly ashamed to admit it, I’m not really a big horsepower kind of person.

I’d much rather have a small, nimble car that can be chucked around on Britain’s roads without having to stray into licence-losing territory.

So it was with some scepticism that I approached the new Corvette Stingray. But when I first saw it, parked up, surrounded by Astras and the like outside Vauxhall’s HQ in Luton, I started to get a little bit excited. It’s a seriously special looking car. And people were peering in it and talking about it. Would a Porsche 911 get that reaction?

At no point did I drive the Stingray. Manufacturers aren’t keen on 22-year-olds jumping into their lairy 466hp sports car and seeing what they’ll do on damp British roads.

But, and I rarely use this word, from the passenger seat the Corvette C7 is best described as ‘awesome’. Call me a poser, but if I spent £61,495 on a sports car I wouldn’t want it to be stealthy. The fact that whole Bedfordshire villages stopped what they were doing to look at the Stingray as it crept through makes me happy. Some much more expensive supercars wouldn’t get this reaction.

What makes me even happier is getting to the edge of these villages and seeing a long straight bit of road preceded by a NSL sign. Richard, in the driving seat, did what anyone would do in this car. He hoofed it, and my God it went. Being pushed back into your seat before catching up with traffic a second or two later is simply gleeful, and the awesome sound of the 6.2-litre V8 engine adds to the specialness.

I’m no longer not a big horsepower kind of person. Big horsepower rocks. That feeling of being shoved back into your seat is addictive and all cars should be able to hit 62mph in 4.2 seconds. And, on OMG-factor alone, I’d have one over a 911. 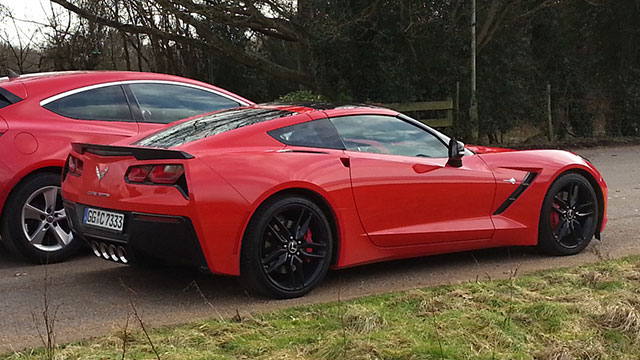