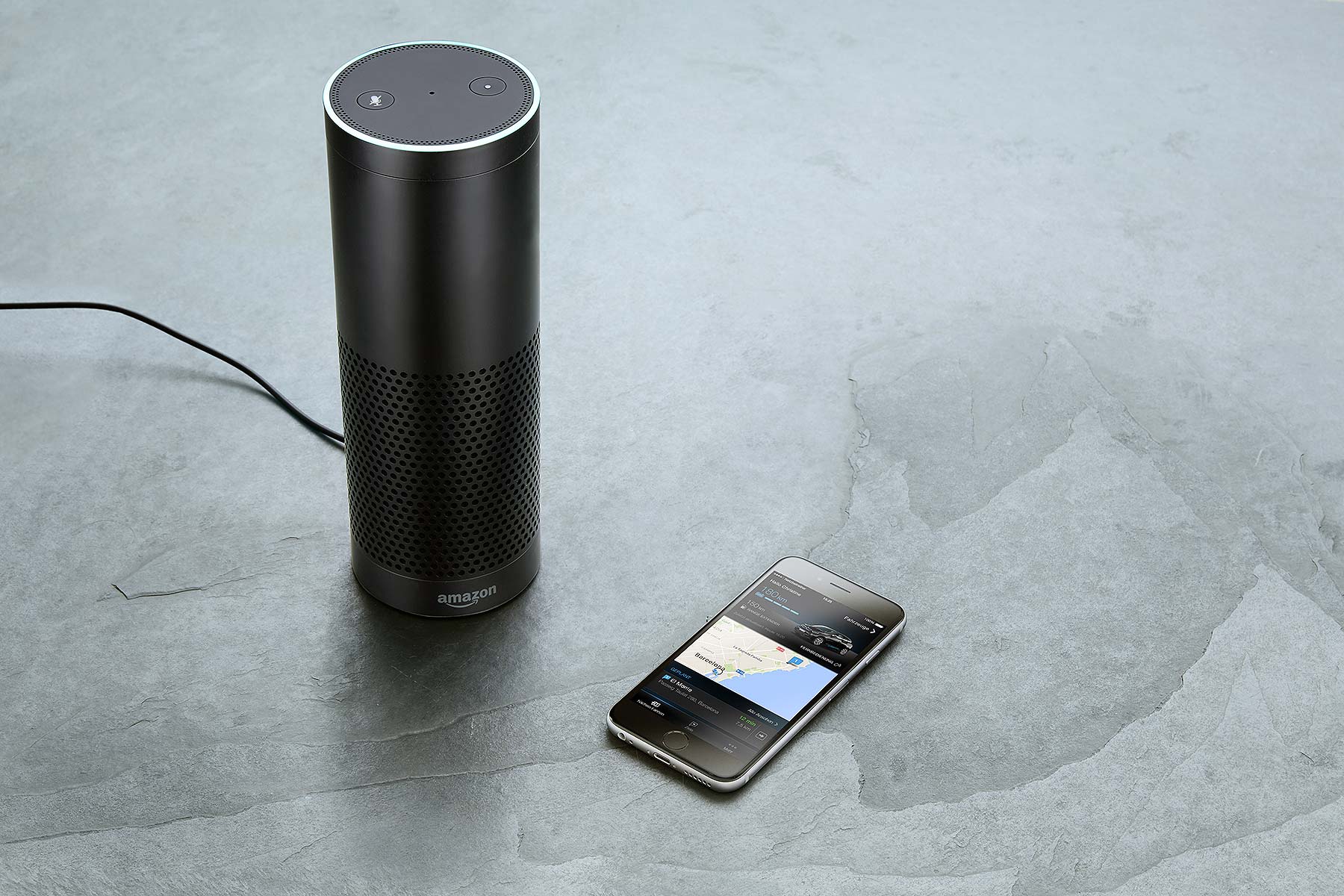 When the Amazon Echo virtual assistant device ships in the UK (and Germany) later this month, early-adopters who own a BMW will find they’re immediately able to operate BMW Connected functions by their voice alone.

BMW has confirmed its integration with the Amazon Alexa virtual assistant technology will be functional from launch when the new Echo speakers launch in the UK – meaning British BMW owners are likely to number among the first buyers now Amazon has opened pre-orders here.

BMW Connected is a personal digital mobility assistant: via a so-called ‘Alexa skill’, Echo owners will be able to control it in their home via voice activation alone, in addition to the existing BMW Connected iPhone, Apple Watch and Android smartphone apps.

So what can you do? Use your voice, says BMW, to:

You use it simply by speaking ‘Alexa, BMW’, followed by the question. Wondering if you have time for another round of toast and a coffee in the morning? Don’t bother checking your phone – simply say: “Alexa, ask BMW when I should leave for my next appointment”.

Which, you have to admit, is pretty cool.

BMW is the first car manufacturer to announce it’ll be fully integrated with Alexa in the UK: if you’ve an Echo device on pre-order for September 28th delivery, best get to your local BMW dealer double-quick to buy a car you can use it to talk to.